The state of games: State of the next generation

"In some ways, the next generation is already here."

Share All sharing options for: The state of games: State of the next generation

Our thoughts on the next generation of video games.

This is a bonus addition to our State of Games feature.The original five-part series is available here. — Ed.

In some ways, the next generation is already here.

If you want to see the kinds of things next-gen games are going to do as a rule, rather than an exception, check out videos of last year's Crysis 2 running in DirectX 11 on PC. While Unreal Engine 4 made an impressive public debut at this year's E3, and Square Enix wowed with their own Luminous Studio engine, the big features in both have been part of Crytek's engine since earlier this year.

Regardless of which engine is running it, the next generation will usher in a new set of problems and solutions for developers and publishers alike. More power and more space will mean an expectation for bigger game worlds, and there's a running fear that this will also lead to much higher budgets — and this after current-gen titles already cost tens of millions of dollars.

Some of this concern is well-founded. Asset creation — "asset" meaning character models, game environments, textures, and the like — takes artists, and more artists cost more money. Expect to see an increase in the kinds of outsourcing that publishers like Ubisoft employ, with studios in places like Singapore where there's plenty of cheap talent and inviting tax incentives. Meanwhile, the new technology of next-generation platforms, while adding functionality for things like bokeh and tessellation, will actually help to reduce one of the most time-consuming aspects of current-generation titles: lighting.

Lighting basically comes in two flavors: pre-baked and dynamic. "Pre-baking" is the process of determining what should be lit in an environment before a scene is running. This is done for whatever lighting variations designers and artists expect will be necessary, and then this information is "baked" into the scene. This saves on processing power — "lights" and "shadows" are actually just textures on objects, more or less. But it takes a lot of time to compose lighting this way and to test it in a scene repeatedly, and to generate this lighting for an entire level, much less an entire game, eats up large amounts of development time.

Dynamic lighting is the alternative. Objects are lit in real time by the environment or other light sources, like they are in the real-world. Current-gen games use a combination of both types of lighting, but lean most heavily on pre-baked due to the computationally heavy requirements of calculating dynamic, realistic lighting for an entire space.

Each next-gen engine shown at this year's E3 emphasizes fully dynamic lighting, which bounces off surfaces and behaves realistically. Most importantly, this dynamic lighting isn't nearly as difficult for next-gen hardware to render. Once next-gen hardware hits, developers will be making games taking into account the new lighting capabilities. Lighting will no longer be a time sink, a change that has the potential to radically shift the ways artists spend their time during development. 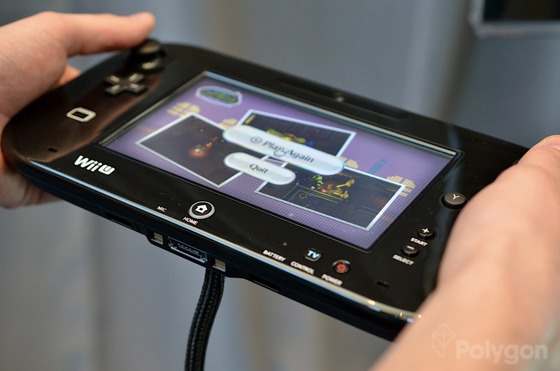 The good and bad of Wii U

Unless those games are planned for the Wii U, that is. Every indication from this year's E3 suggests that the Wii U is similar in capability to an Xbox 360 and a half, though some multiplatform titles like Batman: Arkham City Armored Edition currently look worse. The features that will likely be found in next-gen hardware capable of running Unreal Engine 4, the Luminous Studio engine, or the as-yet-untitled tech running Ubisoft's Watch Dogs (an engine built from elements of AnvilNext, the Assassin's Creed 3 Engine; Dunia, the engine powering Far Cry 2 and the upcoming Far Cry 3; and Lead, the Unreal Engine 2-derived tech behind Splinter Cell: Conviction) won't make the jump to the more limited hardware of the Wii U.

However, if the Wii U does find traction this holiday season, PS3 and 360 gamers can look forward to more support for their aging consoles in the future, as Wii U multiplatform releases seem likely to be easy ports to Sony and Microsoft's current systems, sans GamePad functionality.

That said, expect big announcements next year, or even sooner. But what does all of this mean for gamers? Aside from the major graphical improvements we've already seen in games like Star Wars 1313 and Watch Dogs, expect those same visually impressive games to be broader in scale and scope. This generation, titles have often been forced down the path of impressive physics and environmental interactivity, big worlds, or visual spectacle. Between advances in physics code and GPU-based computing, and additional raw power and memory, a game with the physics and terrain deformation of, say, Red Faction: Guerrilla combined with the environment size and population of Saints Row: The Third is entirely feasible.

If that doesn't get you excited, I'm not sure what will.