The state of games: State of the current generation

"It's not too late for this generation to end on a positive note."

Share All sharing options for: The state of games: State of the current generation

Our thoughts on the current generation of video games as it comes to an end.

This is a bonus addition to our State of Games feature.The original five-part series is available here. — Ed.

Waiting to Exhale is not only my favorite cinematic performance by Angela Bassett, it's also the best way I've found to describe the state of the current generation of consoles. They've been the vanguard of the industry for six or seven years depending on the box, and the strain is starting to show.

We all know the next generation is coming, but Sony and Microsoft continue to play a game of silent chicken, each waiting for the other to flinch and announce its next system. Until then, in order to not scare away potential late-to-the-party consumers, they're both forced to pretend the 360 or PS3 is the only box you'll ever need.

Third-party publishers know better. Rather than bringing big, audacious new IP to consoles that could be irrelevant in 18 to 24 months, developers are relying on reproducing what they know already works and hoping that carries them through to the next wave of technology.

Even the first parties are guilty. Take two of Sony and Microsoft's biggest franchises, God of War and Gears of War, respectively. Both series found themselves at such narrative dead ends that their fourth iterations will be telling stories that take place before the events of the original trilogies. If that doesn't scream, "We didn't think we'd have to make another one!", what does?

Consider this: during its E3 keynote, Microsoft gave fleeting nods to three new franchises (all of which appear to be downloadable) and a longer demonstration of one other, Wreckateer, that had been previously announced. Meanwhile, on the retail side, the company devoted time to the sixth Splinter Cell, the seventh Halo, the ninth Call of Duty, the tenth Tomb Raider and the nth Resident Evil game. 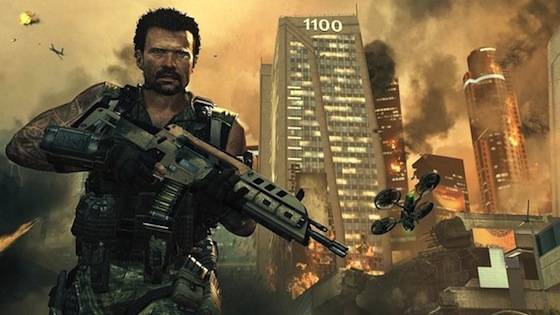 But hey, at least 360 and PS3 owners have plenty of games to look forward to. As Nintendo prepares the way for the Wii U, interesting releases for its predecessor have slowed to a trickle. (Don't worry, The Last Story, we see you over there.)

As the big three stall for time, other platforms continue to nip at their heels or simply outpace them. PC gaming has been completely re-energized by digital distribution, free-to-play gaming, and graphics that significantly outperform console brethren. Mobile is also taking a slice of the pie, turning itself into the ideal platform for the sort of small games that once kept XBLA and PSN and (to a lesser extent) WiiWare so vibrant.

Increasingly, games are moving towards a model of "try before you invest," and the current generation of consoles doesn't appear to be structurally equipped to get on board.

Take, for example, Nexon's Dungeon Fighter Online. According to the company's most recent data, the free-to-play beat 'em up MMO has grossed more than $2 billion in its lifespan. What's Microsoft's response? To release a $10 version to XBLA next month, as though DFO's success is entirely unrelated to its non-existent entry fee.

Free-to-play games have been growing at an exponential rate and console makers have watched this massive herd of players (and their money) slide by because their boxes don't have the ability to wrangle them.

While it's easy for longtime fans to feel a bit blasé about the current state of console gaming, there's also never been a better time to bring new players into the fold. Consoles are cheaper than ever and thanks to an ever-expanding number of media services like Netflix and Hulu, they are some of the most versatile entertainment devices ever made.

Let's also remember that while franchise fatigue is completely understandable, most of those repeat performers are also getting better (or at least staying pretty darn good) with age.

It's not too late for this generation to end on a positive note, but lets hope it doesn't continue unabated much longer. If the next generation hasn't been revealed by this time next year, let's at least hope that first and third parties alike stop playing it so safe and attempt to breathe some new life into these old boxes.

Fortnite is down as Chapter 2 comes to close

No one is dying in my Unsighted playthrough, and that’s fine by me

Halo Infinite getting new multiplayer playlists, including SWAT and Slayer