Iran sees itself at the center of a soft war with the West, one fueled by movies, TV, and video games.

Share All sharing options for: Iran sees video games as central to a secret war against their culture

Iran is making a game about the life and, most probably, violent death of Salman Rushdie. That this game is in development, a creation meant to teach new generations of Iranians about the 23-year-old fatwa against the author, is interesting, but its impetus is even more so.

The Iranian government is helping to make a game about the life and, most probably, violent death of Salman Rushdie. That this game is in development, a creation meant to teach new generations of Iranians about the 23-year-old fatwa against the author, is interesting, but its impetus is even more so.

The Stressful Life of Salman Rushdie and Implementation of his Verdict isn't just a game in the eyes of the Iranian government, it is a weapon of self defense in what they believe is an ongoing "soft war" against their culture and beliefs.

In 2009, the Iranian Revolutionary Guard Corps outlined what they described as a "soft war" being waged against the country by the West. The government believes that enemies of the state are using cultural influencers like movies, television, and video games to erode the culture and identity of the Islamic country.

In response to this threat, the country began to roll out what they described as defensive measures. These defenses include poets, artists, and intellectuals visiting schools; television programming aimed at strengthening Iranian ideals; and most recently, the funding of video games with Islamic and Iranian themes.

"We used to have only two weak (Iran-made) games, but after the issue of computer games came on the agenda of the Council at the order of the Supreme Leader of the Islamic Revolution (Ayatollah Seyed Ali Khamenei) we developed around 140 games with Islamic and Iranian contents which can compete with foreign products," said Mokhber Dezfouli, Secretary of the Supreme Council of Cultural Revolution, to the Fars News Agency.

Those games started appearing as early as 2007, when the government released Special Mission 85, a title about the fictional kidnapping of two nuclear scientists in Iraq by American soldiers. Last year, at Germany's massive video game conference Gamescom, the Iran National Foundation of Computer Games showed off 41 games. Those titles ranged from a children's game about a short-muzzled crocodile named Gando to Mir Mahna, a game about the Iranian national hero who defeated Dutch forces in the mid-1700s.

While the Salman Rushdie game didn't make an appearance at the show last year with other in-development games, it was apparently already in the works. The title wasn't officially announced, though, until last month at the second annual International Computer Games Expo in Tehran.

"We felt we should find a way to introduce our third and fourth generation to the fatwa against Salman Rushdie and its importance," Islamic Association of Students representative Mohammad Taqi Fakhrian told the Mehr news agency.

Iranian officials did not respond to requests for interviews or comment for this story. A spokesman for Rushdie told Polygon that the author wasn't available to comment on the game or for this story.

While The Stressful Life of Salman Rushdie and Implementation of his Verdict is perhaps the most provocative of Iran's government-funded video games, the frontline of the video game soft war can most likely be found amidst the video game industry's many military shooters and Iran's response to them. Games like Mir Mahna are being joined by a batch of new Iranian-centric shooters like Cry of Freedom, Breaking the surround of Abadan, and Alvatan Battle.

Most of Activision's Call of Duty titles are permitted in Iran, but the country bristled at the release of EA's Battlefield 3 and its inclusion of a U.S. military raid on Tehran. While the game isn't officially sold in the country, that didn't stop the Iranian government from banning it. 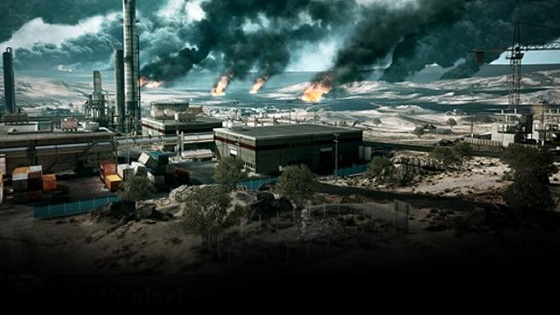 Western game developers likely don't see themselves as soldiers in a soft war against Iran, but the notion of clashing cultural norms isn't something they ignore.

Developer Danger Close ran into that in 2010 while developing Medal of Honor. The game, developed with the official support of the U.S. Army, was initially designed to allow players to fight one another online as either U.S. forces or members of the Taliban.

When the Army learned of the Taliban's role in multiplayer, they called a hasty meeting with the developers and expressed their concern. The game was pulled globally from military stores, and ultimately, publisher Electronic Arts removed the Taliban as playable characters from the game.

Greg Goodrich, executive producer on Medal of Honor and its upcoming sequel, Medal of Honor: Warfighter, said the controversy helped the team learn some lessons about the importance of broadening the cultural point of reference of their games.

"We definitely see ourselves as reaching broader audiences and we are definitely trying to broaden our perspective," he told Polygon. "Two years ago, Medal of Honor allowed players to assume the role of the enemy and fight Western forces. This is common among many first-person shooters. And although this practice is a multiplayer construct used to allow gamers to confront each other in online competition, from a cultural perspective it could, and in the case of Medal of Honor 2010 (did), go too far from a cultural point of reference for some. In retrospect, it even limited the appeal of the game for many people. In a highly authentic game like Medal of Honor, fans of the series want to be the good guys. And from our point of view, the good guys are the guys fighting terrorism, regardless of their nationality." 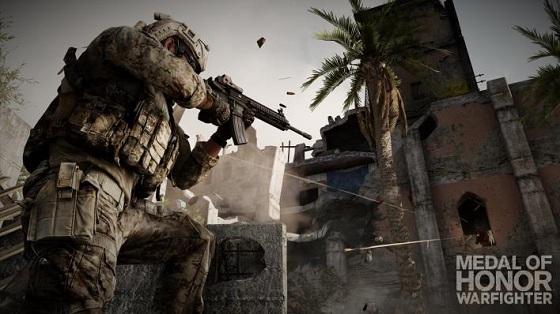 In Warfighter, due out this October, the multiplayer mode has gamers taking on the role of soldiers in special forces units from ten countries. None of the announced countries are from the Greater Middle East, which means that while the game includes Poland's GROM, Australia's SASR, and the U.S.'s Navy SEALs, it doesn't include, for instance, Pakistan's SSG. Goodrich, when asked about the omission, simply said to "stay tuned."

As military shooters continue to grow in popularity and extend their reach around the world, it's interesting to see developers like Danger Close adjust for their expanding audience.

Where 2010's Medal of Honor was a story of U.S. military operations in Afghanistan in 2002, Warfighter is shaping up to be a game about elite global forces, and not just American ones, tackling a more nebulous terrorist threat in an eclectic mix of locations including Somalia and the Philippines.

Goodrich calls his series a "mass-market game with a large global following," but bristles at the notion that the games have any role in what Iran calls a soft war.

"As with books and films, any time that entertainment or art from one culture crosses into another there's going to be an effect that some will call 'subversive,'" he said. "We like to think that many of our themes are cross-cultural; that they're about a warrior's mindset regardless of their nationality. We honor active, veteran, and fallen soldiers by depicting their experience on the battlefield and at home with credibility and authenticity. Is Medal of Honor: Warfighter a secret conspiracy to alter the beliefs of children around the world? ... Parents should spend more time with their kids and not let them play M-rated games."