'Guild Wars 2' and the death rattle of the subscription game

'For all we know there is a type of game out there that will continue to benefit from a subscription model, I've just not heard of it yet.' Chris Lye, ArenaNet

Share All sharing options for: 'Guild Wars 2' and the death rattle of the subscription game

Guild Wars 2 is continuing the movement of subscription-less gaming with a "pay to own" model used by its predecessor Guild Wars, requiring that the user only buy a physical copy of the product to access the full game. And while many developers are still wary of this new model, in today's climate subscriptions will do more harm than good for the success of a new massively multiplayer game, Lye tells Polygon.

'For all we know there is a type of game out there that will continue to benefit from a subscription model, I've just not heard of it yet.'

"Mentally I can understand that psychology. But I do feel that any developer who wants to be successful in today's market needs to take a really hard look and say 'Do we really want to use a subscription, is that the best thing for this game?' In many cases I don't think it is. For all we know there is a type of game out there that will continue to benefit from a subscription model, I've just not heard of it yet."

Lye acknowledges that World of Warcraft still approachs massively multiplayer games through the traditional subscription model. While he states there is "still money to be made" here for subscription games, in this market the World of Warcrafts of the industry are the exceptions to a relatively new rule. Blizzard and BioWare are beginning to see this industry shift in the form of recent layoffs and drops in subscription numbers. And Star Wars: The Old Republic just this week made the shift from paid to free. 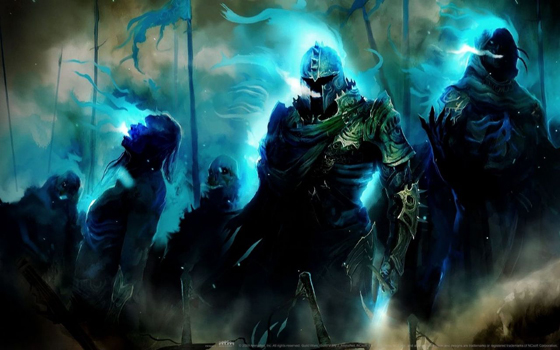 "If you're an up and coming business I would definitely advise you don't naturally assume that subscription model is your business model," says Lye. "Two years ago [developers] were all like 'of course it's going to be a subscription game, why would we think of anything else?' and now they're backpedalling like 'No, no, it's not necessarily a subscription game, we haven't decided our business model.' Now there's an awareness in the industry that requires a serious amount of thought as to whether you will support the subscription business model. The notion of the AAA launch-and-leave type game is declining. There's much more emphasis on building a long term relationship with the community.

"I think that any developer who is looking to do an online game and wants to retain a long tail of an online community that they're going to continue to work with has to seriously consider is subscription the best model or has that really been ridden to death? A lot of players are telling us 'we don't want to be locked into a subscription, we want an a la carte model of what we spend our money on.'"

However, this is still a relatively experimental business model that is experiencing its own transformative period. While many developers rely on microtransactions to offset the cost of the game, this is not a fix-all solution, says Lye. Most users will ignore microtransaction items and studios must be aware of this.

'Some amount of your audience is willing to pay for microtransactions and some of them simply won't.'

"Some amount of your audience is willing to pay for microtransactions and some of them simply won't. And that's okay. As the developer of the game you have to totally respect that. There's a good portion of the audience that will never pay for microtransactions. But you know what, they add value to the overall game and franchise by being in the game and providing people to party up with and running guilds and adding to the social fabric of the game. So you need to provide ongoing updates for both sets of audiences." 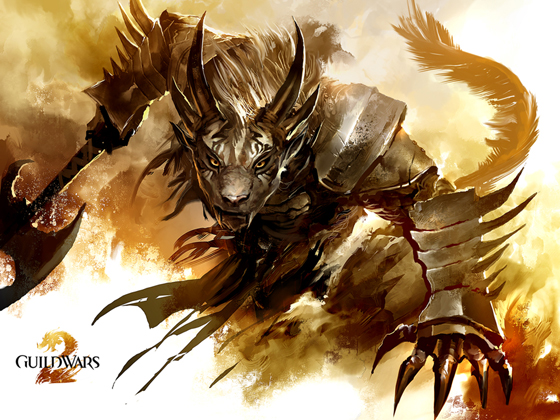 And while Lye believes abandoning subscriptions is the road forward, he adds ArenaNet has its concerns regarding whether a subscriptionless environment will make the Guild Wars community more difficult to police.

"Does the business model incline the community toward a certain negativity? In the case of Guild Wars 2 that's definitely been a concern of our community team. Small games with small communities are easier to control and generally they're better behaved. And the more blockbuster your title goes, you're more likely to bring in a lot of people you can't always control and can't always moderate. There's a relationship between the size of communities. Does free to play naturally blow the size of your community out the door? It's definitely a concern."

ArenaNet expects the Guild Wars 2 community to be "significantly" larger than its predecessor, making the concern all the more relevant. However, Lye states it is too early to judge the knock-on effects of this young business model on the upcoming game.

"It's definitely something we pay attention to. But without having the experience of having our live community under our belt I'm hesitant to make any broad statements about that because I want to see how it goes. I can acknowledge we do expect the Guild Wars 2 community to be significantly larger than the Guild Wars community and we will make sure it stays a healthy and helpful community to anyone new to the game."