Get down with Vevo on a brown Ouya

Ouya's makers trotted out a limited-edition brown console and controller, as well as content from Vevo, for the final week of the console's Kickstarter drive.

Ouya's makers trotted out a limited-edition brown console and controller, as well as content from Vevo, for the final week of the console's Kickstarter drive.

The brown, brushed metal console and accompanying controller are only available this week; the cost is $140 instead of the $99 price tag for the standard silver unit. According to Ouya, the price hike covers the increased costs for the limited edition's smaller production run. Those who have already thrown in $99 for a standard console can increase their pledge to $140 if they would like a limited-edition unit.

In addition, the face buttons for the Ouya controller now read "O-U-Y-A." A photo of the updated design is available below.

Ouya also announced a partnership with Vevo, a web-based purveyor of music content, which will bring the company's catalog of over 50,000 music videos and original programming from more than 11,000 artists to the Android-powered console. "OUYA is ... one of the most exciting new entertainment platforms we've seen and we think it's a natural fit for VEVO's premium music videos and original music programming," said Michael Cerda, Vevo's senior vice president of product and technology.

Vevo joins OnLive on the list of content providers for Ouya, and it is the first non-gaming content confirmed for the console. As of press time, with a little over seven full days to go until the end of the Kickstarter drive, Ouya has received nearly $6.1 million in pledges. 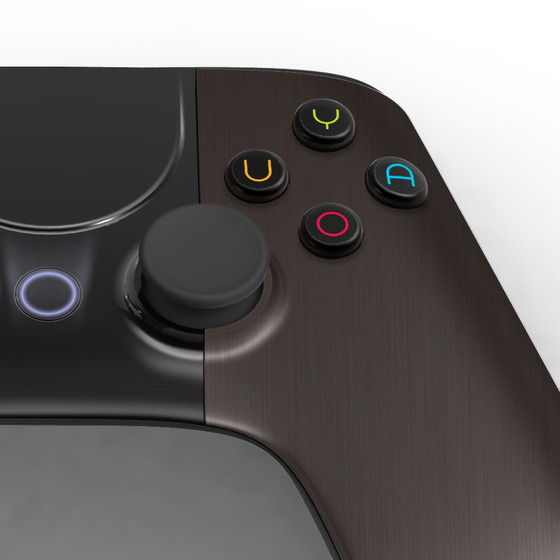