Turning the Vita around

Share All sharing options for: Why 'Super Crate Box' coming to PlayStation Mobile is a very big deal

Super Crate Box is finally getting Android support. Here's why you should be very excited.

PlayStation Mobile may be the smartest move Sony has made in years.

During Sony's Gamescom press conference earlier today, the company fleshed out plans for the service, which will bring "bite-sized" games to certain Android devices and the PlayStation Vita. PlayStation Mobile is Sony's equivalent of the iOS App Store, with certified game releases that only work on a select handful of devices.

From the point of view of indie developers, who have shied away from Android for a number of reasons, this is a very big deal.

When PlayStation Mobile kicks off later this year, one of its launch titles will be Super Crate Box, developed by Vlambeer. Vlambeer's Rami Ismail discussed with Polygon why his two-man development studio decided to take the plunge with PlayStation Mobile.

"We always thought of Android as a minefield"

"We always thought of Android as a minefield," said Ismail, "so we were kind of reluctant. But Sony gave us a surprisingly solid SDK to work with for the first version. It's a really good codebase to work with and it solved the whole Android issue for us by having a select number of devices that work with that code perfectly. So it works on a range of Sony phones and a range of HTC phones. We know that, on those phones, it will work perfectly. And on the Vita, which is amazing."

Vlambeer had always avoided Android because of the support issues that plague the platform. With hundreds of different Android models to keep track of, there's no way to ensure that a game would work well on every single device.

"We'd get all the support emails, questions, and problems... people telling us that the game isn't working," said Ismail. "And, right now, we're just two guys."

Because PlayStation Mobile narrows down the list of supported Android devices to a much more manageable number of Sony Xperia and HTC devices, it's much easier to test games. Sony just announced support for the Wikipad and certain ASUS devices, as well, but still the number of devices remains rather small in comparison to the full Android legion. 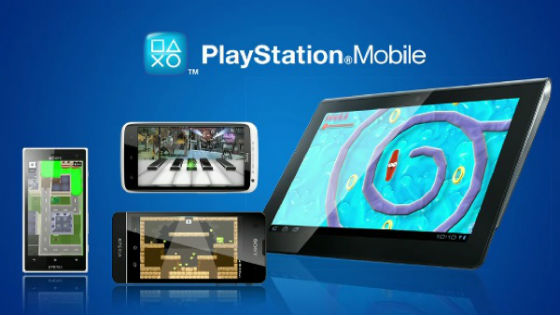 Making the pot even sweeter for indie developers is the inclusion of Vita support for all PlayStation Mobile games. For a game like Super Crate Box, which demands platforming precision, physical controls are a big improvement over touch controls.

There's also the matter of ease of development. According to Ismail, it took Vlambeer's part-time coder, Mark Scheurwater, just three weeks to port the PC version over to the PlayStation Mobile platform. But while Super Crate Box will be in the storefront's launch line-up, the game will be missing a few crucial features, like leaderboards and trophy support.

"[The PlayStation Mobile SDK] doesn't actually have those functions in there. But Sony has assured us that it will, at some point, have trophies and leaderboards. So the first version of Super Crate Box will just be a port of the PC version, the same thing that we did with iOS."

Super Crate Box is a hugely important test case for whether PlayStation Mobile can turn around Android as a gaming platform. With its SDK and a narrowed field of supported devices, Sony hopes to entice indie developers to its platform, offering a financially viable alternative (or addition) to bringing games to iOS. At the same time, it will bolster the PlayStation Vita's library, currently the handheld's weakest point, by flooding it with the same developer talent we've seen on iOS.

Assuming this all goes to Sony's plan, of course.