'Neverwinter' Foundry lets you build anything, from PvP to text adventure games

Behold, the Sword of Ron

Share All sharing options for: 'Neverwinter' Foundry lets you build anything, from PvP to text adventure games

From arenas to text adventures, Neverwinter's Foundry tools let you make the world however you see fit.

Neverwinter's user-generated content crafting toolset, The Foundry, has come a long way since first being introduced during E3 2011.

The tools allow its users to meticulously craft dungeons and quests using pre-made assets which snap together effortlessly in a visual editor. Rooms can be connected, filled with objects, enemies and a treasure chest, the contents of which are pulled from an exploit-proof Cryptic-generated loot table. Though players can't upload their own assets to the engine, there's tons of room for customization thanks to the multitude of decorations that can be dragged and dropped into the world. Enemies can even be renamed, or dressed up in new outfits.

Or, if they're not feeling artistic, players can auto-populate a room with decorations, making it look like something Cryptic designers had built.

Quests are composed in a similar way, by connecting objectives of various kinds to build a chain from start to finish. A standard quest might entail the player meeting up with an NPC contact, finding the entrance to the dungeon (which can be built into a door in the public world), killing a boss monster and activating a special item; all of which are designated by the player. Of course, that's a standard quest; there's tons of room to get far more creative than that. 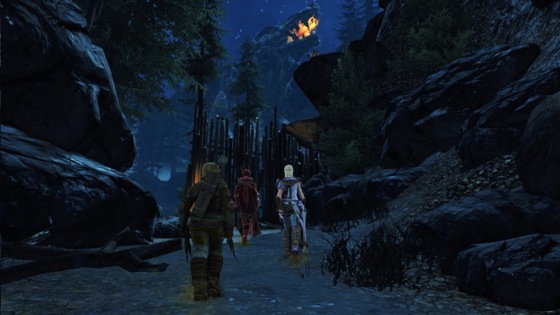 The Dialog editor might be the most impressive feature of all. It allows players to build incredibly complex loops and trees of conversation with NPC contacts. Creators can gate off certain options until the player has acquired a particular item, fulfilled an objective, or — take note, classic D&D players — make accessible secret options if a player is proficient enough in a certain skill. Just imagine having a conversation with an NPC contact, and then being given the option to call out his hidden entourage because your Perception was high enough.

Your quest could be entirely composed of a single dialog tree. There's no limit to what you'll be able to do with it; Cryptic chief creative officer Craig Zinkievich said that wordy Dungeon Masters could ostensibly make their own full-length text adventures, with enough time and patience.

Creators can tag their levels with various classifications for potential players to locate them; "German" to indicate that it's written in German, or "Non-Combat" to show that it's entirely composed of puzzles and dialog. They can even link their levels together into entire campaigns and quest chains; even if all of the links in that chain haven't been built yet. That alone could be huge: Neverwinter will basically introduce the episodic model to user-generated content. 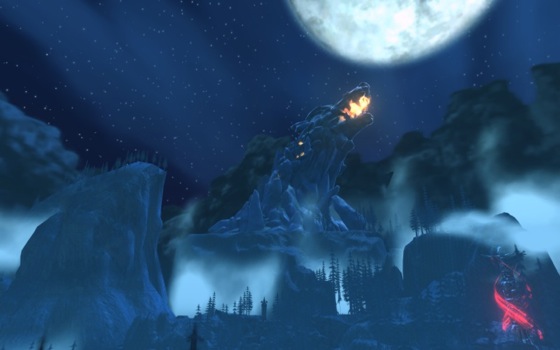 Zinkievich also confirmed that Cryptic was working to add Player-vs-Player functionality in Foundry, giving players access to the entire range of tools therein. That means they won't just make arenas for players to fight in; they can create objectives, or put every player on a race to finish the same quest.

Cryptic won't shackle creators with excessive barriers designed to prevent exploits. Enemies, when killed, give the same amount of XP as they would in the real world, and drop from the same loot tables. Quests award XP based on how long the players spent playing them — a five-minute quest only gives a fraction of how much an hour-long quest will award.

The only real restriction is the treasure chest which players can drop once into their levels, which also scales based on how long the quest takes to complete. However, creators will be able to pick specific types of items (swords, helmets, etc.), which will then automatically be fitted to the class of the player which found it. Best of all, after picking the archetype for the item, the creator can name it, and then that name will stay with the item even after the player has left the dungeon.

Neverwinter doesn't try to nullify exploits altogether, because doing so would hogtie the options afforded to creators. Rather, players can only earn four hours worth of XP and loot from UGC missions in a day. It's not exploit prevention, it's exploit limitation — and with such a large cap, it won't affect the playing habits of players who aren't trying to cheat the system.

Once a level is published, it must be peer-moderated by five community volunteers. After they've signed off, it's released to the rest of the player base who can review the level after playing it, ensuring that good levels get promoted, and bad levels get buried. Cryptic, too, can highlight its favorite levels on the game's landing page, which loads every time the player enters the game. They can even apply temporary bonuses to that quest's XP and loot to drive players to the game's UGC components. There are other ways to find quests, too, like searching a nearby job board, or picking up intel from one of the many, many Harper Agents placed throughout the city's bars and taverns.

Foundry is still a few steps away from fully imitating the live, interactive theater of being an actual Dungeons and Dragons DM (though Zinkievich said Cryptic is trying to figure out how to make that work for the future). But with its completely open-ended systems for gameplay and narrative design, and seamless integration into the rest of Neverwinter, it's getting awfully damn close.