Tencent is one of the world's largest internet service portals. It's a household name in China, it owns a stake in Epic Games, and now its Boston game development studio, Stomp Games, is about to release a full-3D, premium Facebook title that will challenge what we know about Facebook games.

Tencent is one of the world's largest internet service portals. It's a household name in China, it owns a stake in Epic Games, and now its Boston game development studio, Stomp Games, is about to release a full-3D, premium Facebook title that will challenge what we know about Facebook games.

The developers at Tencent Boston feel that there is a gaping hole in the Facebook and social games market crying out to be filled, hence why the team of 40 developers who have worked on games like Titan Quest are banding together to create a free-to-play action role-playing game (ARPG) to fill that space.

"Late last year we felt the opportunity to bring core games to the Facebook platform could no longer be ignored," Stomp Games general manager, Jeff Goodsill told Polygon. "Even Facebook was eager for a quality Action Role-playing Game to tap into the robust core gamer market.

"That customer demand combined with our past experience building ARPGs and Tencent's knowledge of the free-to-play market was a perfect fit for our team."

The result is Robot Rising, a science-fiction themed ARPG that is built in 3D with the core gamer in mind. The game features action role-playing mechanics with real-time combat. Players take on the role of a new species of artificial intelligence to gather resources, build and expand a base, and then unleash their armies to defeat enemies. The game is fast-paced, visually impressive, and shies away from the saccharine art styles adopted by many Facebook game developers. 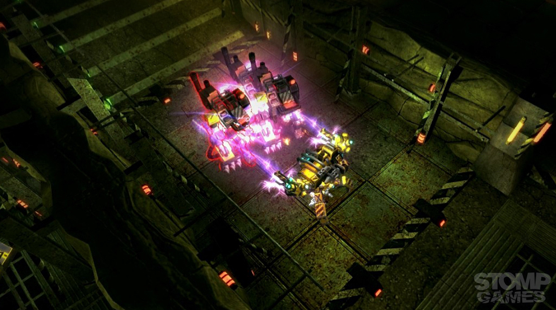 Goodsill says that the decision to make a 3D ARPG for a platform that traditionally supports 2D puzzle and simulation games was an easy one for the studio to make.

"We believe social gamers' desires are changing and they want a more engaging experience with some interesting choices and excitement, but not the steep learning curve you find in many hardcore games," Goodsill says.

"Robot Rising is an ARPG that is easy to learn and get into. You dn't have some of the detailed skill trees or crafting and recipe systems you might find in some ARPGs, but we do have many of the best features of the genre such as great loot, equipment to build up to five robots, exploration, story, and real-time combat."

Goodsill says that while Robot Rising is different to most traditional Facebook games, the studio embraced certain design decisions that many Facebook game developers have made in the past, such as the lack of commitment required to play a social game. The game was designed so that players can engage with it in one long session if they like, or just fire it up for a few minutes when they have the time. The fast-paced nature of the game means players can start it up and enter into short combats and explore territories without having to undertake extensive tutorials or go through complicated steps to perform simple tasks.

Goodsill says that the game will be playable from beginning to end without requiring the player to spend money or engage with their Facebook friends. The game's monetization strategy is to sell the player cosmetic items, items that will accelerate their levelling curve, and items that allow them to customize their robots and base. 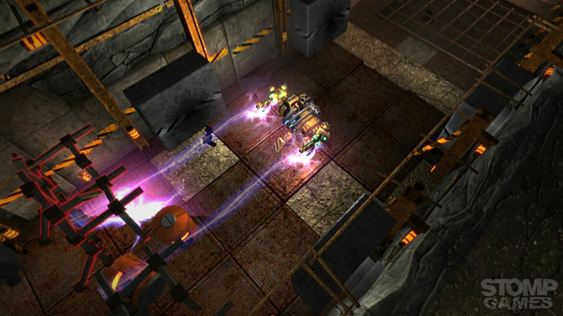 "We think this type of game will be well-received by gamers and, in particular, those Facebook gamers who are ready for more," Goodsill says.

"The excitement of blowing things up in real-time, exploring ever-changing levels with hundreds of distinct looks, making real decisions that change the odds of success, building out bad-ass robots to defeat enemy factions ... and discovering a story that is slowly revealed over time are things we feel that social game audiences young and old and on Facebook and beyond have been waiting for."

Robot Rising is currently in beta. It can be accessed on Facebook.