How Sony plans to make you want a Vita

"In the current climate of smartphones and tablets people are accustomed to have access to content across devices." Shuhei Yoshida, Sony Computer Entertainment

Share All sharing options for: How Sony plans to make you want a Vita

At the heart of much of the news is Sony's acceptance of the importance of universally accessible games, saves and applications.

Gamescom was the PlayStation Vita's show. At least it was in the minds of PlayStation executives.

"There were efforts by us to really feature the PS Vita in front of Gamescom coming off of the E3 press conference where we were criticized for not spending enough time to showcase our PS Vita content and plans," Shuhei Yoshida, president of Sony's Worldwide Studio for Sony Computer Entertainment, told Polygon. "Coming to Gamescom, (the Vita) was clearly our focus."

That focus lead to a string of big announcements for Sony's portable including plans for PSone title compatibility, expanding the ability to purchase PS3 and Vita versions of the same game in a bundle, the expansion of their mini-game initiative and the announcement of PS Plus support for the device.

At the heart of much of the news is Sony's acceptance of the importance of universally accessible games, saves and applications.

"In the current climate of these smartphones and tablets, people are accustomed to being able to continue to have access to content across devices."

Content that can travel effortlessly between devices was a topic that Yoshida kept returning to as we walked through almost every one of Sony's Gamescom Vita announcements. But it was speaking about the company's Cross Buy initiative, which bundles a Vita and PS3 version of a game, when he landed on the company's increasing support of universal programs.

"In the current climate of these smartphones and tablets, people are accustomed to being able to continue to have access to content across devices," he told me. "So it's like a natural desire for people to be able to play games or consume other media across devices."

For the launch of the Vita, that understanding translated into a desire to create a system that would make it easy for people to purchase games that work on both the PS3 and Vita. Cross Buy is not buy one, get one free, Yoshida was clear to point out, it's just bundling.

And as much as Sony would like to, not all games will support it, mostly because it requires an extra level of development to bring games to both platforms, extra work that Sony isn't willing to force on developers.

"Even though it is relatively easy to develop games between PS Vita and PS3 in terms of capabilities and library support, there are certain requirements in terms of licensees that might not allow Cross Buy to happen," Yoshida said.

But it does sound like the company will try and include Cross Buy options as much as possible. Yoshida said the company is even in the process of developing the ability to include a key on Blu-ray game discs that can be used as a voucher to deliver an entitlement for downloadable code of the PS Vita version of a game.

Not all PS3 and Vita titles will support Cross Buy.

It's obvious that disc-free games are very important to Sony despite their failures in 2009 with the disc-free PSP Go.

The Go, which only supported downloadable games, was a victim of timing and tech, Yoshida said.

Downloadable games didn't do well for any of the PSP models until very late in the platform's lifecycle, he said.

"It was not designed as a digital platform," he said.

Sony's efforts to transition the device to download only were hobbled by large file sizes, slower built-in WiFi support, CPU issues and piracy. Even retailers weren't supportive at the time.

"There's been a significant change of the attitude" among retailers, he said. "Also we are reaching out to include them in the transactions as well. Retail is really important. It continues to be important as a place for people to go and browse and shop. In order for (stores) to justify the investment on their part we have to make sure they get returns for their significant retail space and investment when they deal with our platforms." 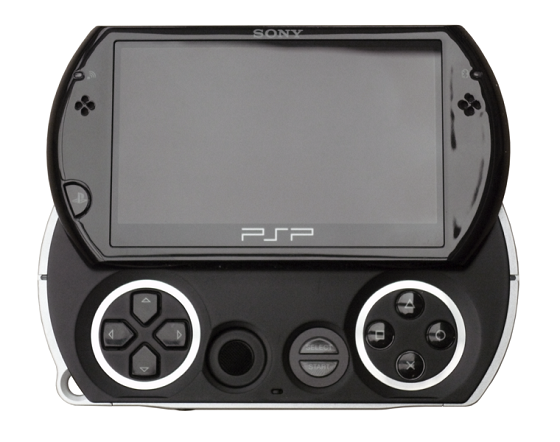 The launch of an online native device, coming with the support of retailers like GameStop, means that Sony can create new forms of play and communication between gamers, Yoshida said.

"People want to carry around lots of content on one device as well as quickly swap between different games and applications," he said, pointing to the ability to create a Sound Shapes level on the Vita, snap a screencap of the creation and then share the image on Twitter all within the device.

"It's harder to do so if you have to swap the game card in between," he said. "I think it's just a natural progression for more and more games to become available digitally and that is what we are doing right now on PS3."

What of the next general of consoles, I ask. Will Sony's next console be disc-free?

"That's a great trick question," he said. "Of course we are not talking about next gen, but I think it's a natural progression for the industry to bring everything digital or in cloud saves because that's what technology allows, and peoples' experience with this sort of content create certain expectations."

It is those gamer expectations that seem to be driving a lot of Sony's decisions for the Vita right now.

For instance, Sony is finding that people are "consuming games" on the PS Vita very quickly, so quickly that the company has renewed their efforts to talk to third-parties about making games for the device, Yoshida said.

"At the same time, we are trying to bring more indie, small content applications to PS Vita through the PS Mobile program," he said. "We are targeting those new small app developers to bring their games to PS Vita as well as the Playstation Certified Android devices.

PS Mobile games won't be coming to iOS devices ... yet.

"That should help increase the content available on PS Vita."

While the PlayStation Mobile program was initially unveiled last year as PlayStation Suite, Gamescom's focus on the renamed program was about Sony's push to bring in more small developers.

"One aspect of the PS Mobile initiative is to engage with these small developers to get small apps to PS Vita and, in the future, other devices," Yoshida said. "The other side of PS Mobile is expanding the PlayStation ecosystem outside of PlayStation hardware. So it's a significant strategy change."

While Sony is interested in getting its games on non-Sony devices, it still looks like that won't include Apple's iOS devices, at least not yet.

"Technically I think it's possible," Yoshida said, "but there are many business aspects that are challenging so our focus now is on the Android platform."

Another way Sony is trying to add content quickly to the Vita is through the introduction of PSone Classics support. Starting next week, the Vita will start supporting some original PlayStation games.

Yoshida said the company originally had hoped to launch the Vita with PSone support, but that ultimately they would have had to delay the portable release to do so.

"I hoped it could have been earlier," he said.

The holdup was that PSone support is built on top of PlayStation Portable support, which the engineers had to get working first, he said.

While the breadth of support hasn't yet been announced, Yoshida says the company has a really good feeling about what they can deliver when the compatibility initially launches.

"We are still going through the QA process to be able to announce exactly how many titles will be available on day one on this month," he said. "But people will be surprised and pleasantly surprised with the amount and the speed of support of PSone gaming when we announce this."

Sony also announced that they will be rolling out PS Plus support to the Vita soon. While Yoshida couldn't talk specifics, he was able to explain his expectations for pricing of the service.

"My expectation," he said, "is one membership to cover both PS3 and PS Vita but we have to nail down the details before we are able to confirm."

The avalanche of Vita news was also a reminder of the platform's relatively lackluster sales.

Sitting in a conference room on the second floor of a Cologne hotel, I asked Yoshida how the company feels the device is doing.

"In terms of sales it's doing as well as last month," he said, "so we'd like to see it go up significantly."