The countdown to Steam Greenlight

Share All sharing options for: The countdown to Steam Greenlight

Steam Greenlight, a service that game publisher Valve announced back in July that allows members of the community to vote on which games they'd like to see on Steam, is launching tomorrow.

Steam Greenlight, a service that game publisher Valve announced back in July that allows members of the community to vote on which games they'd like to see on Steam, is launching tomorrow.

For the first time since Steam's inception, any game developer will be able to submit their game to the service for the Steam community to decide whether the game should appear on one of the world's most popular PC and Mac gaming platforms. As the countdown to Steam Greenlight's launch nears an end, many independent developers are excitedly polishing their games for submission.

Jason Koohi is a developer from Zanrai Interactive, a small studio of three developers working on a game called Heaven Variant – a sidescrolling shooter that draws its aesthetic inspiration from games of the late 80s and early 90s. He and his team have been working tirelessly to craft a game world that feels as though it's been lived in, to make the act of shooting enemies feel tactile, and they're fine-tuning the game's sounds so that it feels immersive. They're also hoping to get Heaven Variant onto Steam Greenlight as soon as the service launches.

"As an indie developer, getting a game on Steam is the holy grail that can often make or break you as a small company, especially extremely small development teams like mine," Jason Koohi told Polygon.

"Well before Greenlight was ever announced, I know many indie developers struggled to get on Valve's radar ... I can't speak for other developers, but it's very stress-inducing knowing the success of my game, Heaven Variant, hinges on whether or not we can get noticed by Valve's submission team and, even then, they have to like us and think we have something their community might be interested in purchasing."

For this reason, Zanrai Interactive has held off submitting anything to Steam because the teamed wanted to make sure that their product is the best it can be before it is put before Valve's submission team. With the launch of Greenlight, Koohi hopes that this will arm the community with a new tool where they can seek out the kinds of games they're interested in and draw Valve's attention to it.

Indie developer Michael "Kayin" O'Reilly – best known for his freeware game I Wanna Be the Guy and I Wanna Be the Guy: Gaiden – is also preparing a game for Steam Greenlight called Brave Earth: Prologue, although he'll be waiting to see how others present their submissions before he throws his game in the ring. 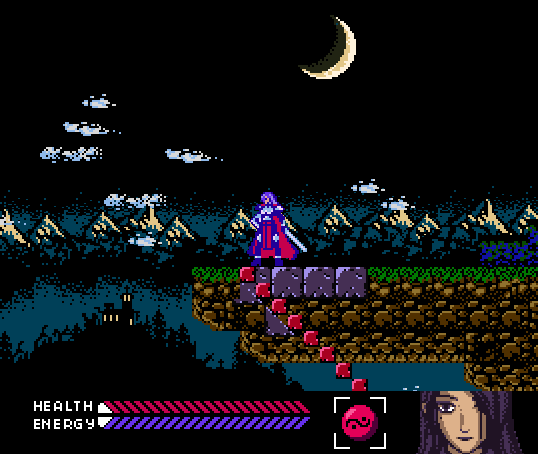 "On a personal level I'm very happy about Steam Greenlight because having a hit out there (I Wanna Be the Guy), I know that it's going to be a little easier for me to get the pull to get on," he told Polygon.

"But it's also a little scary because for people who are up-and-coming, it's kind of weird for it to just be a popularity contest because there are some really great ideas out there that don't necessarily sound amazing to the average person, even though they may have a strong niche.

"I'm hoping that Steam still takes the approach occasionally where they look at the list of games and go, 'Hey, that looks kind of cool. It's not getting many votes but that looks like something we want.'"

He thinks that the launch of Steam Greenlight will give indies a certain level of stability because the success of their games will now be in the hands of potential players instead of being at the mercy of whoever happens to be doing evaluations of Steam games on any given day.

For indie developer Tyler Doak, he's hoping that at the very least Steam Greenlight will give his Godhand and Bayonetta-inspired action game, Aces Wild, some exposure and the opportunity to get feedback and user-end testing.

"What I hope from Greenlight is you'll get more user-end feedback because it can be really hard to get playtesters, even if people like your game," he told Polygon.

"Getting your game out there is hard. I hope to take advantage of the playtesting possibilities because you still get that exposure with Greenlight and you still get the community, even if your game isn't accepted."

One of the most significant changes that Steam Greenlight introduces is the shift of some of the power from Valve to its community, which Koohi, O'Reilly and Doak all agree can change the way games are noticed and what kinds of games get published.

"I love the idea of gamers telling developers and distribution services what they want," Koohi says.

"It could change the industry. While just being on Steam Greenlight won't guarantee anything to developers, I know for me it alleviates some of the stress on my shoulders because it gives us a new way to get noticed. This service really gives indie developers one real opportunity: the chance to get noticed by Valve, which is huge.

"For me and my team, we're going to put Heaven Variant on the service and I hope people will dig what we're doing, and we'll do out part to get noticed," he says. "This is an opportunity we didn't have before and, at least for me, I'm grateful for that even if Heaven Variant never gets accepted on Steam."