Share All sharing options for: 'Prince of Persia' screenshot hints at new reboot set in Egypt

A screenshot allegedly taken from an in-development Prince of Persia reboot was leaked to the official Ubisoft forum this weekend.

The image, shown with an overlayed title "PoP Zero 2," depicts a crowd surrounding a single warrior believed to be the titular prince, and an apparent Egyptian setting.

This differs greatly from Ubisoft's earlier attempt at a Prince of Persia reboot, codenamed Prince of Persia Zero, which was thought to be set in the modern day as part of a radical departure from the series' origins.

Earlier in June images of what seemed to be a trailer for a new Prince of Persia title emerged on NeoGAF, depicting a similarly styled setting and lead character as shown below.

We have contacted Ubisoft for confirmation and will update the article in due course. 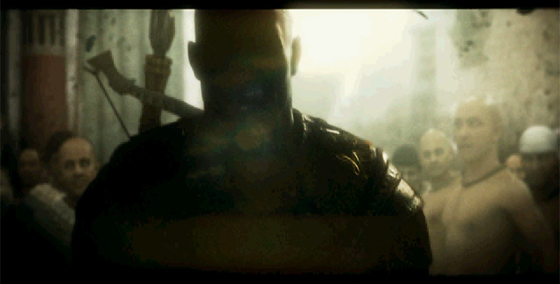