"Burnout is not going away." Matt Webster, Criteron Games

Share All sharing options for: How the creators of Burnout became the stewards of Need for Speed

While all future Need for Speed games may not be developed by Criterion Games, the developer tells Polygon that they will have creative oversight of all games in Electronic Art's 17-year-old racing franchise moving forward. They also confirmed that despite their new role overseeing Need For Speed, Burnout remains an important franchise to the developer, one that won't lose its distinct identity.

While all future Need for Speed games may not be developed by Criterion Games, the developer tells Polygon that it will have creative oversight of all games in Electronic Arts' 17-year-old racing franchise moving forward. It also confirmed that despite its new role overseeing Need For Speed, Burnout remains an important franchise to the developer, one that won't lose its distinct identity.

"Burnout is not going away," Matt Webster, executive producer for Need for Speed Most Wanted, told Polygon in a recent interview. "Burnout is a defining part of who Criterion is."

Webster said we likely won't be seeing a Need for Speed Burnout title that blends the two franchises sometime in the future either.

"When we think about it, they are still two very discrete, different things," he said. "They share some common elements, but there are things we can imagine in a Burnout title that wouldn't be in a Need for Speed game and vice versa."

Despite wanting to maintain that clear distinction between the game that helped define who Criterion is and the franchise they are now officially in charge of, it was Burnout Paradise that helped land Criterion the role of Need for Speed's protector.

In 2004, Electronic Arts acquired Criterion Games, but it wasn't until 2010 that the studio tried their hand at a Need for Speed title.

Need for Speed: Hot Pursuit came about after the developers half-jokingly asked Electronic Arts when they were going to be allowed to do a Need for Speed game. 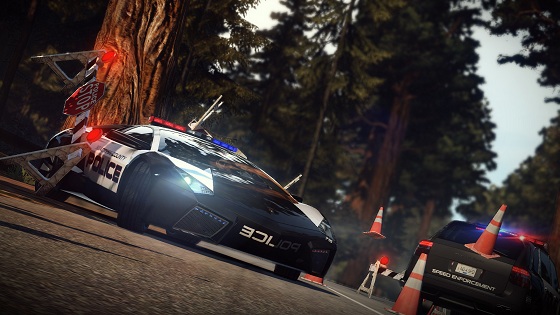 Initially, the Criterion developers struggled under the weight of the storied franchise, worrying over what a Need for Speed game was meant to be, Webster said.

"For many people, their first foray into gaming was through a Need for Speed game," he said. "Although it's changed throughout the years, for many people it has a very distinct meaning to them. That comes with a weight, something you need to be aware of. For the longest time we were too aware of it.

It was Frank Gibeau, president of Electronic Arts Labels, who finally pushed the developer in the right direction on that game, Webster said.

Half way through an early demonstration of the game to Gibeau, he turned to the developers and asked "Where's all of the Burnout stuff?"

"For the longest time we were reticent to go down that road," Webster said. "That was a real moment for us.

"We realized we were on (Need for Speed) to shake it up. We were there to sort of give it a good shake, to reinvent it for a new generation of players. Whilst being cognizant of its history, to not be bound by its history."

The result wasn't a sequel to 2002's Hot Pursuit 2, but a reinvention of the series, and in many ways the franchise.

It was also a game that defined Criteron's take on gaming.

"We as a studio have changed quite dramatically since 2008 where we sort of realized this sort of connected story was coming and games needed to change," Webster said. "So our studio focus became all around fun and friends, those are the first two things we think about. Any game we were making would be accessible, would be a fun experience would be one that was highly connected and put friends at the center of the experience."

Hot Pursuit was a distinct outline of that philosophy centered around a very tight experience with friends powered by a new tool called Autolog. It was likely Autolog, more than any other single thing, that not only helped define the new Criteron, but netted them the Need for Speed franchise.

Autolog, a feature created out of a backend tool initially developed to track how people were playing Criteron's games, allows players to constantly track and challenge friend's high scores on the fly. 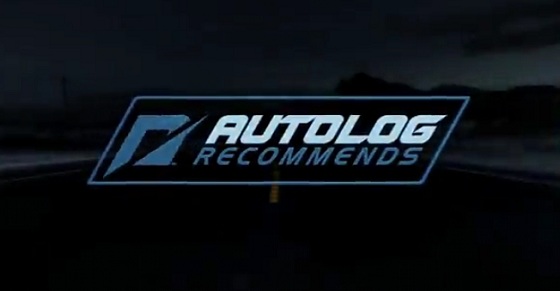 After wrapping up Need for Speed: Hot Pursuit, which received generally high review scores, the developers started thinking about what other Need for Speed games they'd like to make.

Over the course of that conversation, Criterion asked not just to make another game, but to be given charge of the entire franchise.

"We asked," Webster said, when I first asked him how they got control of the franchise. "It's just as simple as that.

"We felt like we had another one in us and we had a discussion about what we were going to do next and it just was a natural part of the conversation. We had some clear ideas about where we thought (the Need for Speed franchise) needed to go."

Criteron had already expressed interest in creating a game that would be their take on Need for Speed: Most Wanted, much like Hot Pursuit was their take on that series.

Most Wanted "isn't a sequel," Webster points out. "We don't make sequels to other people's games."

"We don't make sequels to other people's games."

"With the next game, it was going to be really clearly defining a path for the franchise. And so it made total sense to say the things we will take on now will really steer it in the direction that we think it needs to go, and to make Need for Speed mean something for a new generation of players, as well as define what it's going to be in the future for the fans that come with it."

Does that mean that all Need for Speed games will be developed by Criteron Games for the foreseeable future?

"We are always going to have a handle in it," Webster said. "We're not really talking about where we go next, but we definitely have a creative hand on the tiller."

The one exception, it seems, is the free-to-play Need for Speed World, which Webster says has a very particular audience and very particular gaming mechanics, both of which will continue to be managed by EA Singapore and Quicklime Games.

The rest of the franchise, and its nearly dozen off-shoots, remain under the guiding hand of Criteron Games. 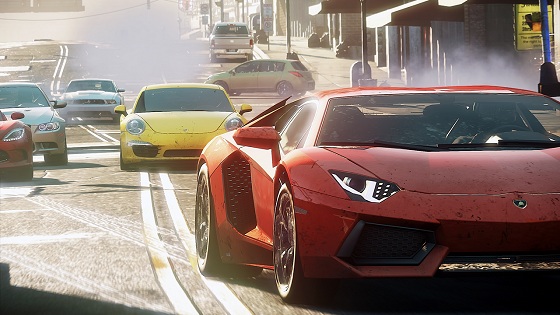 "If each game we make is a representation of who we are at the time, then each of those key moments in Need for Speed represents a real clear moment in time," he said. "It is probably one of the only franchises that can straddle such a creative line."

Webster says the team knows that there is probably a huge group of gamers, of Need for Speed fans, who don't know who Criteron is.

But the developer has a very specific point of view, one that may help bring a defining thread to a franchise that was increasingly becoming fractured.

That point of view, Webster says, is one of the reasons it made sense for Criterion to determine the creative path the franchise takes.

"Coming off the success of Hot Pursuit ... we had a load of ideas of where we wanted to go next," he said. "And we said we wanted to do another one and in that statement, because you are building off an original first step, it became obvious that the right thing to do was for us to determine (the franchise's) path.

"It was just one of these things that happened organically, there was never like one moment where we went and pitched for something and then it was decreed. It was just the right thing to do."