PAX Prime 2012: Everything you need to know

Everything you need to know about PAX Prime 2012.

Share All sharing options for: PAX Prime 2012: Everything you need to know

Everything you need to know about PAX Prime 2012.

Penny Arcade Expo (PAX) began in 2004 as "big ass, two day party for gamers." The show is the brainchild Jerry Holkins and Mike Krahulik, the team behind Penny Arcade, which is most famous for the duo's long running webcomic starring their alter egos, Tycho and Gabe.

Its focus has always been gaming, and PAX remains fundamentally a celebration of games and the culture that surrounds them. PAX features hundreds of current and classic gaming consoles, and provides entertainment from geek-certified artists like Jonathan Coulton and nerdcore pioneer MC Frontalot.

As PAX has grown since its inception, it attracted publishers and game developers, who were brought into the fold. Players major and minor will be in attendance.

We'll have our gumshoes on the ground, ready to dig up all the best news. It's about this time that the anticipation starts to drive us mad, so we like to put that to good use and cope with a bit of writing therapy to let you know what you can expect from PAX Prime 2012.

The Lay of the Land 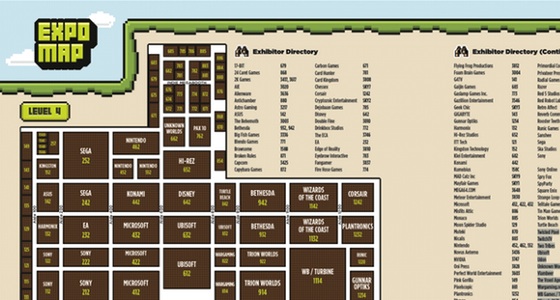 The console freeplay area includes hundreds of current and classic consoles and games, booted and ready for attendees to play. PAX also has a PC area, in which no-console gamers can get their gaming on. PAX even has an area dedicated to fans of tabletop games like Dungeons & Dragons.

The hundreds of beanbag chairs in the handheld lounge are there for everybody with a 3DS, PSP, and Vita who wants to get their gaming on the go.

The omegathon event pits 20 randomly selected contestants against each other in a variety of games. After six rounds of play throughout PAX's three days, the winner gets flown to Japan.

No show would be complete without panels, and PAX is no exception.

PAX has less of an emphasis on big keynotes than other shows, though it all begins with the PAX keynote at 10:30 PT on Friday with "Story Time with Ted Price," in which the CEO of Insomniac Games kicks the show off.

There are so many companies and so many games at PAX Prime that we made a list of them!

PAX Prime takes place in Seattle, the city that inspired some at Polygon to demand flannel shirts from JC Penney for the new 1992 school year, and there's plenty to do and see in and around the Washington State Convention Center.

eSports have a strong presence at PAX, including a League of Legends tournament, leading up to the world championship later this year. You don't have to be a participant to see and hear the action.

If you want to use your feet and take a tour of Seattle, three's always the iconic Space Needle, which is celebrating 50 years of needling space this year. Pike's Place Market is open 19 1/2 hours a day, 362 days a year for day for your farmer's market needs. Also, for those of you who haven't played the spectacular Alan Wake, first go do that, then realize how accurate Remedy Entertainment's portrayal of the Pacific Northwest is.