Share All sharing options for: Real Racing 3 demoed on iPhone 5

Real Racing 3 was announced earlier this summer for iOS.

EA's Rob Murray came out to show off a feature called "time-shifted multiplayer," an asynchronous feature that lets players compete in races against each other's "ghost" cars and interact with them as if they were real. In the demo, a racer bumped a ghost car being "driven" by someone who wasn't playing at the moment.

Real Racing 3 is set for release later this year; we've reached out to EA for a specific date and will update this post with any information we receive. The iPhone 5 launches on September 21st.

Check out the announcement trailer below.

Update: An EA spokesperson confirmed to Polygon, "We have not announced a release date for Real Racing 3, other than it's coming out later this year." We now have the first official screenshot as well — gawk at it below. 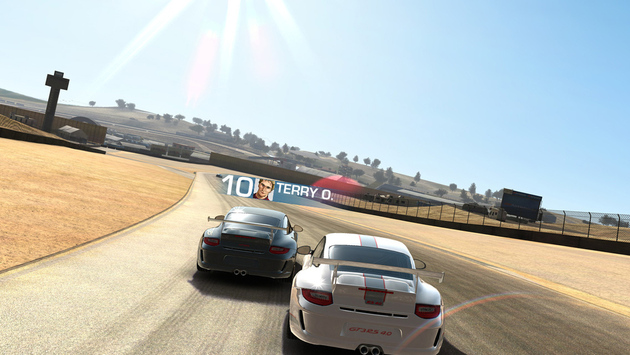 Apple's iPhone 5 announcement: everything you need to know