BioShock Infinite's gorgeous art is worthy of your coffee table

Share All sharing options for: 'The Art of BioShock Infinite' book coming from Dark Horse Comics

The Art of BioShock Infinite, an art book, is coming from publisher Dark Horse Comics. The 184-page hardcover book will be available on February 27th, 2013, one day after the game itself is set to launch.

The 184-page hardcover book will be available near the game's release date at a list price of $39.99.

Focuses for the art include characters such as the protagonists Booker and Elizabeth, enemies like the Heavy Hitters and Songbird, and the setting of Columbia itself — the airships in its skies, its Sky-Hook transportation system, and the Vigors that people consume for special abilities.

Irrational Games studio head Ken Levine, creative director of BioShock Infinite, penned the book's introduction. Last month, the company lost two top staffers — one of whom went to The Last of Us developer Naughty Dog — but gained the talents of Gears of War producer Rod Fergusson. 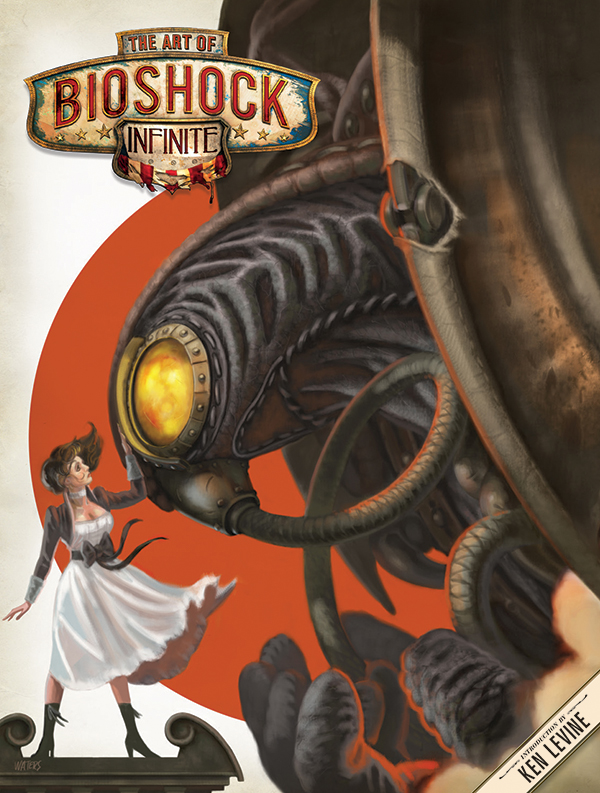