"That is the spirit of the NBA captured in a one-minute trailer" Erick Boenisch, Visual Concepts

"Turn it up," says NBA 2K13's producer, Erick Boenisch, as the introductory sequence to the game starts playing.

The strong beats of Jay-Z pulse through the room as the NBA's finest appear on the television screen in high definition. Rapid dribbles across the court cut to the USA's 1992 Olympics men's basketball team — the Dream Team — passing the ball to each other. As the beat continues to thump, the camera cuts to powerful slam dunk after dunk after dunk. Passes are executed with grace, hoops are shot with precision, and movement is conducted with swagger and style; Jay-Z gets louder and louder.

"And that," says Boenisch, "that is the spirit of the NBA captured in a one-minute trailer."

Boenisch is beaming with pride. He has every reason to beam. When he joined Visual Concepts — the 2K-owned studio behind the NBA 2K games — in 2002, the company was developing games for the Dreamcast and Nintendo 64. While NBA 2K2 (published by Sega) was considered a leading title for its time, it was primitive and rough. Players were blocky and pixelated. Every athlete had the same body type. Everyone dribbled the same, ran the same, passed the same, dunked the same. Faces looked unfortunate. Stats were the only thing that differentiated many of the players and the movement was somewhat bizarre, as though everyone was gliding along the court.

Fast-forward ten years, and 2K's NBA games are arguably the most advanced sports games in the world. With each annual release the game generates almost a quarter of a billion dollars in sales. The series has amassed such a large and loyal following that it is often referred to simply as "That 2K". NBA 2K is no longer just a game — it's an institution. It's culture.

AN EXTENSION OF THE NBA

The rules of sports are laid bare for all to see. Turn on a television, open a newspaper, or spend a few minutes with a search engine and the information is all there – anyone can understand how sports are played, who the best teams and players are, who is popular, and who is hated. Study a sport a little more and it's not hard to learn what makes a good kick, a skilled throw, an unusual goal and an impressive slam dunk. Recreating a sport in a video game should then, in theory, be a straightforward affair: build a court, fill it with players, throw them a ball, watch them go.

Except, it isn't straightforward. For Boenisch, NBA 2K isn't about creating an electronic game of basketball that can be played on a console. It's about capturing that something special about the NBA that draws millions of fans, that makes viewers at home want to invest in the teams and the players.

"Basketball, more than any other sport in the world, is a culture, especially in American basketball," Boenisch says. "It's a fusion of music, it's a fusion of style. People care about what shoes players are wearing, and shoes are the biggest subculture within the NBA. It's all about the look and the feel and the swagger that you carry with you more than any other sport, and that's what we aim to capture in our title."

"People who purchase our game first and foremost are fans of the NBA and they purchase our game because they want to extend that experience into a video game world where they can control the outcome, but they also want full authenticity," he says.

As technology has improved and their understanding of the NBA and basketball has deepened, Visual Concepts has delved right into the minutiae of the players, teams, and culture of the NBA to deliver what Boenisch describes as the ultimate sports package that no one can replicate.

NBA 2K13 features 400 players. The development team has created unique animations for each and every player. The team has closely monitored the way they walk, the way they run, the way they shoot, and instilled every in-game character with the personality traits of the real-life players. Some players wear certain shoes when they play at home and on the road; Visual Concepts has those details in the game. Some players will wear a white elbow pad when they're playing away from home; Visual Concepts also has those details in the game. If a player has a ritual they perform before, during or after a game — from Lebron James' chalk toss to Vince Carter's pull-ups — the development team has made a point to deliver all those little nuances. 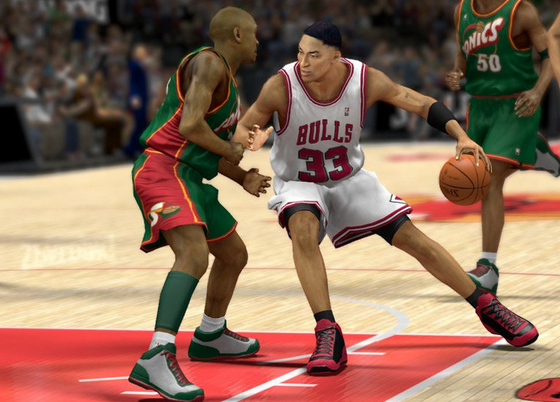 "In-game players are characters, they have personas, they're larger than life both physically and personality-wise," Boenisch says. "We really capture that in the game. We have personality types, so you'll see some players celebrate and pump their fist after a dunk, and other players are calm and you'll see them perform an excellent move and they'll just kind of jog back business-like. We capture all that emotion in the game."

Boenisch also believes that there's something about basketball that involves people on a level that other team sports don't. Followers of the NBA feel personally invested not just in the teams but in the individual players. Outside of what happens on the court is a world of personalities and products, of style and music and attitude.

"Basketball is a very up-close-and-personal sport," Boenisch says. "It's not like a soccer game where the camera zooms very far out for tactical reasons and you can see the field. It's very up-close, it's five-on-five, the players are very high resolution, you have a lot of control, it's very twitch, it's very fast-paced, and every time you run down the court you have a chance for something very exciting to happen, and I think people are drawn to that level of excitement."

IT'S THE RPG OF SPORTS GAMES

In 2K10, the series changed directions and its impact rippled through the world of sports games. Years earlier, Boenisch approached upper management at 2K Sports. He wanted to pitch something that he knew would make him look a bit crazy. He wanted to fuse a role-playing game (RPG) with a sports game, and he wanted to do it with 2K Sports' highest-grossing property — NBA 2K.

"There was trepidation," Boenisch admits. "They were like: 'Well ... we make basketball games', and I said I get that, but let me grow something here." 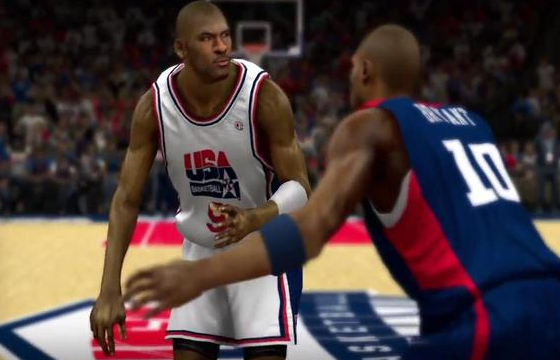 Upper management was understandably cautious about allowing anyone to tweak the formula that they'd worked so hard at getting right. Even back then the game was raking in millions and fans adored the series. Boenisch kept pushing and pushing, and when it came time to develop NBA 2K10, they threw him a bone and gave him the greenlight to try his idea. The RPG element would be called MyPlayer, and it would give players a chance to train up a rookie basketballer. It was only a small part of the game at first — Boenisch knew he had to convince a lot of people that sports games and RPGs could mix well. But as it turns out, he didn't need to do a lot of convincing.

It was a turning point for the series and for sports games. No other game had directly fused RPG elements with sports, and players absolutely loved being about to play the role of an athlete who could level up and progress as the player progressed. 2K Sports was rewarded with sales and critical praise, and Boenisch got the greenlight to advance those RPG elements as much as he wanted.

"I grew up playing a lot of Dragon Quest and I loved that every time I levelled up I would feel stronger and empowered, I was better than I was before, and I wanted people to feel that in the scope of basketball," he says. "So whenever they level up they'd be a little faster, they'd dunk a little harder, they'd shoot a little better. It really went hand-in-hand for basketball. 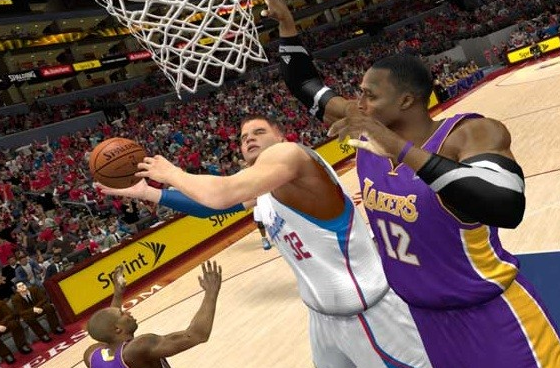 "Players, when they come in as rookies, are very raw, and they learn from the players around them and gain experience, and I wanted to capture that experience of you coming in as a rookie and just progressing to this superstar level."

In 2K11 and 2K12 the MyPlayer mode was pushed a little further. Not only did on-court performance matter, players' off-court behavior also affected the course of their career. Players could choose which products to endorse, take part in post-match press conferences and now, in 2K13 (where MyPlayer has been renamed MyCareer), players can call meetings in the GM's office to have a sit-down talk about whether a player should be traded or whether they want more minutes on the court. The world is also responsive to the player's actions. If a player trashes local fans during a press conference, they will react accordingly. Celebrities and other players will interact with the player through social media (Snoop Dogg, Justin Bieber, and the cast of Jersey Shore are said to be among those who will interact with the player), and players will be able to gauge their place in the NBA world through factors beyond on court matches.

Boenisch says these RPG elements offer a sense of reward and gratification and they serve as milestones for the player. When a player signs their first endorsement deal, they can choose which path to take — they can be like Michael Jordan and be a Nike kind of guy, or they can branch out into a different path.

"We're all about evolving the game and finding new ways to engage the users and satisfy their wants and demands out of the game," he says.

Boenisch is still beaming. He's been flying around the world showing off NBA 2K13, just like he did with 2K12, and 2K11, and all the previous NBA 2K games he's worked on. This is his tenth year at Visual Concepts. He's seen the game grow from its blocky Dreamcast days to becoming nothing short of a global phenomenon. He pitched the idea that helped grow a genre, and now he's watching as other games follow suit. He's incredibly proud of his team, who he says have the ability to mesh together and innovate year on year. He's proud that they've now arrived at NBA 2K13 — "That 2K" — a game that they believe is the best basketball game to date. Who wouldn't be beaming?