Packed with features, the Wii U is an exciting, confused console

The Wii U lacks a clear direction

Share All sharing options for: Packed with features, the Wii U is an exciting, confused console

The Wii U lacks a clear direction.

In about two months the company that helped reinvent video games not once, but twice, releases its new console.

Nintendo's Wii U is packed with a confusion of technology: It features the motion play that made the Wii so titillating to those unfamiliar with the complexities of modern games; it includes high-definition graphics and supports a modern console controller for hardcore gamers; and it has a touch-screen GamePad to help capture the tablet market.

The only thing it seems to be missing is a clear direction.

What made the Wii such a tremendous success when it launched in 2006 wasn't just that it reintroduced motion gaming to a broad audience, it was the message that Nintendo delivered every time it talked about the Wii.

Gaming is too exclusive, it said. Gaming is too confusing. The Wii was gaming for everyone. It was Nintendo's out-of-nowhere left turn when everyone else kept moving forward.

In pitching the Wii to the gaming press, Nintendo pointed to the Blue Ocean business strategy of finding a new way to entice new customers.

It was a clear direction both for the company and its new console. 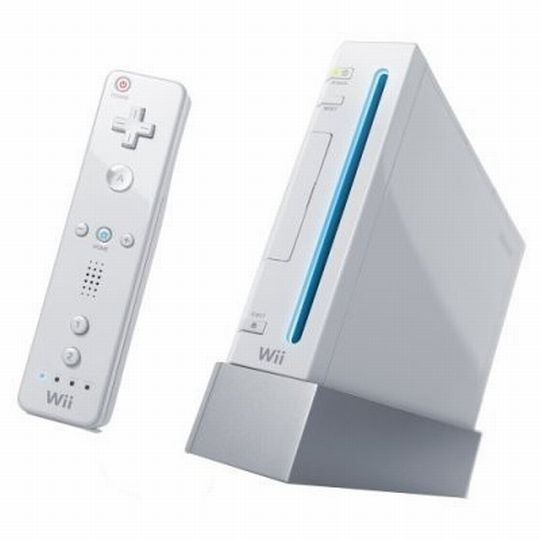 But the Wii U, packed with an abundance of technology, seems to be rudderless.

During a press conference last week in New York, Nintendo of America president and CEO Reggie Fils-Aime announced that the console would be hitting the U.S. on November 18th in two bundles, one selling for $300 and one selling for $350.

"The wait is almost over — in just 66 days, Wii U will arrive with the strongest lineup of launch software in Nintendo history," Fils-Aime said. "With the integrated second screen of the included GamePad and features that instantly enhance the way people play games, watch video and interact with each other, consumers will see how Wii U delivers a completely unique experience and a remarkable value right out of the box. The new system also creates extraordinary new possibilities for game developers, bound only by the limits of their imaginations."

Following the press conference, Nintendo opened up a lower floor of the venue to press so they could get their hands on a wide assortment of games.

the Wii U is probably best likened to a Swiss Army knife.

While all of the titles were impressive, few of them were original. Games like Call of Duty: Black Ops 2, Mass Effect 3: Special Edition, Darksiders 2 and Assassin's Creed 3 have or will all see release on the current generation Xbox 360 and PlayStation 3.

Granted, those titles did sport new features, like the ability to play some of them entirely on the GamePad's 6.2-inch touchscreen without the need for a television.

The biggest reason for buying Nintendo's new, and slightly pricey, console was found in the small selection of original games created for the Wii U by Nintendo and publisher Ubisoft.

Nintendo Land is an assortment of beefy mini-games that manages to both deliver experiences meant to highlight the GamePad and Wii U's many technological inclusions, and also make those demonstrates fun and hard to put down. They're not as immediately captivating as those found in the Wii's unbelievably popular Wii Sports game, but they're close. Unfortunately, they're only included with the pricier version of the console. Those who opt to save money will have to buy the game on its own.

New Super Mario Bros. U is a return to the system-selling, popular titles created in house by Nintendo, but this platform's outing doesn't seem to be doing much to distinguish itself from previous, albeit well-crafted, titles.

The most promising original titles on display at the show, which had just a small portion of the promised 50 games hitting in the console's first four months or so of life, both came from Ubisoft. 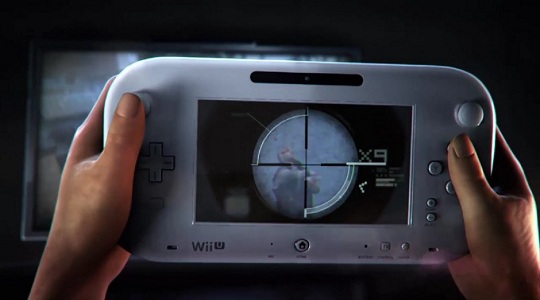 ZombiU is a first-person shooter survival game that drops players into a London infested with a zombie outbreak. The game's permanent death for characters and clever use of the GamePad's screen is one of the only titles so far that seems to really push the Wii U's technology in a smart way. By forcing players to look away from the TV and at the GamePad's screen to sort through inventory and found items, Ubisoft increases the potential to surprise and scare their gamers.

Rayman Legends, a colorful, cartoonish platformer sequel to Rayman Origins, has one player using the GamePad to help up to four other gamers through the complex levels.

Both games were developed by Ubisoft Montpellier, a studio that seems to specialize in finding innovative ways to use emerging technology.

Nintendo also showed off technology meant to turn your GamePad and Wii U into a master remote control. By partnering up with iTV, the Wii U's Nintendo TVii can not only change channels and help you flip between live television, recorded content and services like NetFlix, but also lets you hang out and chat with friends online.

TVii is one of several bits of non-gaming tech built into the Wii U. Others include a browsing app, the ability to video chat with friends and apps for sharing updates on social networks like Facebook and Twitter.

Nintendo's Wii U has a lot going for it. It's a bit pricey, but it taps into a some interesting ideas.

The biggest challenge Nintendo is going to face, though, is how to convince an audience it created, one used to a very straightforward, clear direction, that the future of gaming is neither straightforward nor clear.

Where the Wii was a system most easily identified by its simple remote control-like motion controller, the Wii U is probably best likened to a Swiss Army knife, one that Nintendo hopes is packed with enough features to keep up with the successors to the PlayStation 3 and Xbox 360 expected in the coming years.