Pokemon producer Masuda on choosing the 3DS, Wii U ambitions, and more

Share All sharing options for: Pokemon producer Masuda on choosing the 3DS, Wii U ambitions, and more

Prior to my interview with Pokemon Black 2 and Pokemon White 2 producer Junichi Masuda, I check in with Twitter to see what fans of the series wanted to know from Masuda, and almost everyone has the same question: Why are Pokemon Black 2 and White 2 on the old DS rather than the shiny, new 3DS?

Prior to my interview with Pokemon Black 2 and Pokemon White 2 producer Junichi Masuda, I check in with Twitter to see what fans of the series wanted to know from Masuda, and almost everyone has the same question: Why are Pokemon Black 2 and White 2 on the old DS rather than the shiny, new 3DS?

As it turns out, the answer to this question reveals a core part of the development process for each new Pokemon game: deciding who the game is intended for.

"The primary goal is to get as many people as possible able to play the game," Masuda explains. "With the Nintendo DS, it's the handheld hardware system that the most people in the world have." Masuda says the team also wants to ensure that fans of the first Black and White releases would be able to play the sequel. "Those who played Black and White may not have a 3DS, but they definitely played on a regular DS."

Masuda says that the developer's decision about which audience each game is meant to appeal to also helps them figure out what gameplay elements to pursue.

"There are some aspects of HeartGold and SoulSilver that were purposefully left out of Black 2 and White 2," he says. "HeartGold and SoulSilver were more focused toward those who played Gold and Silver a long time ago. It was a celebration and commemoration of those games. With that target audience, we were able to do things that maybe made it more convenient but may not have been so obvious for new players."

A lot of the developers wanted to do more with the characters of Black and White.

This balancing act between new comers and long-time fans becomes even more precarious as the competitive side of Pokemon continues to grow. Masuda says that he is more focused on the single-player aspect of the games while other staff members at Game Freak are heavily invested in the battle system and the competitive elements.

One of the ways they keep things even between these two factions is judging by looks.

"There are a lot of cute Pokemon and a lot of very strong ones," Masuda says. "A lot of times, they look cute because they're not very strong, or they're strong in battle but don't look very cute. When we come up with moves and statistics and parameters for each of the characters, we always take into account how they look and what would be realistic for that character. We always try to think of them as living creatures."

According to Masuda, the team at Game Freak decided to make Black 2 and White 2 its first-ever official sequel in the Pokemon universe because of its strong connection to the unique cast of the first game.

"Although the story of Black and White was concluded and complete in its own form, a lot of the development staff wanted to do more with these characters," he says.

"We definitely thought about the intimidation factor for new users," Masuda admits. "We focused on making it super accessible for new players and old players alike. The protagonist is completely different. There's a new town, and the route in which you progress through the game is different from Black and White."

He adds that there will be nods and call backs to the original that will provide a deeper experience for those who played it without taking anything away from those who haven't.

Could future Pokemon sequels — maybe even a Black 3 and White 3 — be in the cards? Masuda provides only a vague answer: "If in the future, we feel that we want to continue, perhaps we'll have a continuation. But we're really satisfied with how Black 2 and White 2 have turned out, so perhaps not." 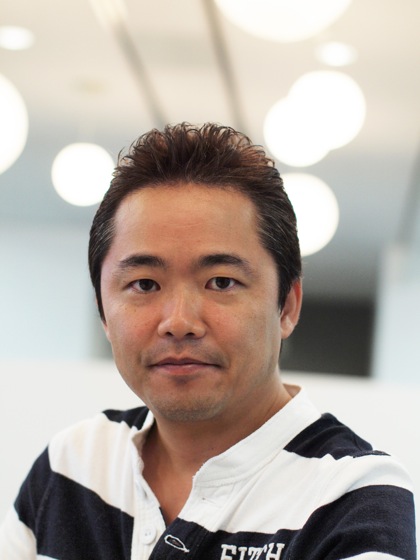 Black 2 and White 2 also incorporate a gameplay mechanic that the team had intended to work into the original games but didn't have time for: the key system. In addition to trading Pokemon, players can now swap keys between the two games that will open up bonus features in their opposites.

Masuda offers an example: "If you complete Black 2, then you get a key. By giving that to someone playing White 2 who hasn't completed it, they can actually lower the difficulty. The idea is that if siblings are playing the game and one finishes it first, they can make the other version a little easier for their brother or sister."

Returning to the console choice question, Masuda explains to me that the Pokemon franchise is shared between three companies: Game Freak, Creatures, and Nintendo. Masuda says that despite the shared investment, no one forces them to design for a specific console or handheld, so it's up to Game Freak to decide when they want to move to the 3DS. The size of the 3DS user base remains a concern.

"We think of the Pokemon games as communication tools," Masuda says. "It's important that many people own the same hardware, so they can play with each other."

"The 3DS has a lot of very cool features," he adds. "The 3D, new network features - we could challenge ourselves with that hardware, so we're definitely taking a look at it. We're very interested."

I also ask about Game Freak's interest in Nintendo's other new hardware, the Wii U, with a personal plea for the team to do a new version of Pokemon Snap making use of the Wii U Gamepad. Masuda doesn't seem interested in my wish.

Masuda doesn't seem interested in a Pokemon Snap for the Wii U.

"Photography wasn't as widely spread in those days," he says. "Now everyone has a camera and can take photos whenever they want. Releasing it in that same form wouldn't be as interesting these days. Maybe there's a new idea, though."

But perhaps they have something else in mind for the Wii U.

"It would be very cool if you could play Black 2 and White 2 on the Wii U," Masuda says with a laugh just long enough to make it unclear if he was dropping a hint or joking completely.

Before my interview wraps up, I ask Masuda about the Pokemon Black ghost story, a rumored fan-made hack that was making the rounds well before the real Pokemon Black was announced. Despite being almost certainly fake, it's a brilliant story, one of my favorite game-related horror tales ever to be whispered across Internet forums. According to the story, the title is a flea market copy of a modded Pokemon Red cartridge that features a Pokemon named "Ghost" who curses and kills opponents.

Masuda says he's never read the story, but he's heard of it and has seen some of the fake screenshots from it. He promises me he'll read it. "I'll take a look at it ... when it's light outside."