Following the closure of his studio Game Republic, where he developed moderate successes like Folklore and two Genji titles for Sony, the famed game designer and producer tells Polygon he's now working on mobile games. His first mobile title, a "secret" game, he says, will be released in the near future.

"I have retired," Okamoto said during an interview in Tokyo this week. "That's what I'm told to say [by my boss]."

Okamoto won't actually say who he's working for. But he believes that mobile games, not traditional, increasingly risky console games, are the path to his future success.

"Nowadays, even if a Japanese company would create a big title for the consoles and sell it worldwide," he says, "it's really hard to be successful, even though the attempt was there. We're probably heading toward the end of an era of Japanese game developers making successful console games like in the West."

Booming budgets and massive development teams required to make modern console games are partly responsible for his change in direction, according to Okamoto.

"For a game creator like me, one who's been creating games such a long time, I feel like it's more fitting to create a game where I know what's going on [during development]," he says. "With bigger titles, there are so many aspects of development, so many people working on the game. It's more fitting for me that I work on a game where I can see what's happening, like it was during the beginning of the video game era."

Okamoto got out of the business of making video games for consoles when his studio, Game Republic, closed its offices last year. The company still exists, he says, but Okamoto is its only employee.

"Game Republic has not gone away, but we ran out of money," he explained. "So I had to let go of everybody."

"I don't have the power or the money to create a console title right now."

At its peak, Game Republic employed about 300 people. The company was hit hard financially after the closure of publisher Brash Entertainment. The studio was developing a video game adaptation of Clash of the Titans for Brash and when the publisher folded in 2008, Game Republic lost "a large amount of money."

"But of course we had made the decision to go with Brash Entertainment," Okamoto says, shouldering some of the blame. Okamoto also pointed to the weakened global economy at the time, adding "It wasn't totally their fault."

"There were a lot of things I wanted to accomplish [at Game Republic]," Okamoto says, including a sequel to PlayStation 3 game Folklore, "But I need a sponsor to create those games." Even mobile titles, Okamoto says, require an investment of more than $600,000 to have a chance at success.

Okamoto, a longtime fan of classic board games like Puerto Rico and Risk, says he prefers to play their digital equivalents, like Ticket to Ride and Catan, as well as simpler, bite-sized fare, notably Paper Toss, on his iPhone.

"I don't like playing video games that much," he says, a common refrain from the man credited with popularizing genres like one-on-one fighting games and survival horror. "But I play a lot of games for research." 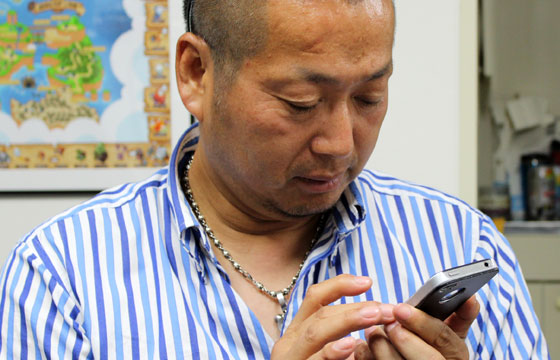 He says he prefers firing airsoft guns, playing soccer, and physical board games. He told tales of marathon Risk gameplay sessions, in which he and his colleagues would bet Zenny — the fictional currency of many Capcom games — and negotiate private backroom deals for world domination.

He says he's also a fan of Call of Duty and Battlefield, games he plays partly out of his fascination with American military fiction, an interest which spawned the original 1942. Playing those explosive military shooters, he says, stokes his imagination and helps him envision fantastic scenarios as he plays airsoft battles with friends and colleagues. Okamoto showed us fresh wounds from BB fire, taking off his shirt, and excitedly boasted about the vintage Vietnam War-era fatigues he wore in a recent airsoft battle.

Okamoto admits to not being particularly skilled at those first-person shooters, saying that his roommate easily outmatches him.

He half-jokes that he'd rather run a "no-pan" Korean barbecue, overseeing an attractive waitstaff, than make games.

"But when I'm creating mobile applications, I'm enjoying it a lot," he says. "I have to enjoy the work to do the work."