Here are the first images of Call of Duty: Black Ops 2's zombies mode, as seen on All Games Beta.

Black Ops 2 developer Treyarch has been slowly teasing the mode for the past few weeks, including in a video that previewed zombie gameplay on a boarded-up bus. Treyarch previously revealed that the game's zombie mode would support up to eight players cooperatively on the same engine that powers the rest of Black Ops 2's multiplayer suite. According to the studio, information on the zombies mode is coming tomorrow, September 26th.

We'll update this post with more details as they're available. 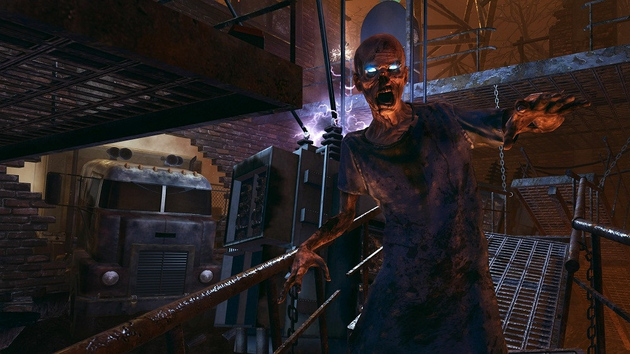