"I'd rather be in Summer of Arcade than not." Dave Lang, Iron Galaxy

"If we had gone retail, we would've had to add another three major features to make the game feel more full," Tsui said during a talk at the Chicago chapter of the International Game Developers Association. "The return on investment wasn't going to be there, and we would've killed ourselves trying to put that out there."

So publisher Activision and developer Robomodo came to the realization that satisfying customers with a disc-based release was beyond the scope and budget of the project. Doing a downloadable game instead, Tsui explains, allowed the developer to manage the scope of the project and not have to generate extraneous bullet-point features for the back of a retail case.

"We don't have to put everything but the kitchen sink in there just to make marketing happy," he said. "My ego was a little hurt because I like seeing that box at Target, but once I really thought about it, it just wouldn't make any sense for a game like this." 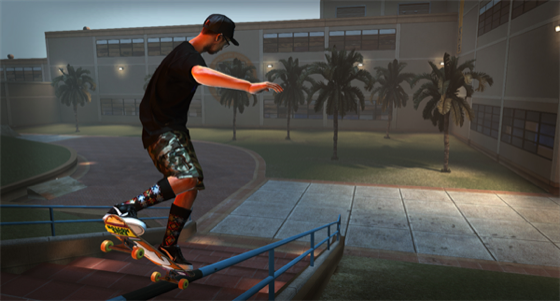 After determining the game was destined to become a download only title, Activision went to Sony to see if they wanted to promote it on the PlayStation Network. It seemed like a good fit, especially considering the popularity of the franchise on the original PlayStation.

Tsui said that while people at Sony Computer Entertainment America were receptive to the idea, the idea lost momentum in Japan.

"There's so many layers of hierarchy to go through," he said, "and some people just didn't get it."

Instead, Microsoft snatched it up for Summer of Arcade and temporary exclusivity, which significantly boosted Activision's projections for the game and freed up resources for the previously unplanned Steam release.

Summer of Arcade was the focal point of last night's talk, with Iron Galaxy CEO Dave Lang joining the talk with Tsui to talk about how Wreckateer fared under the system. Both games were developed in Chicago.

"If you think your game is a great fit for the Xbox 360 audience or you're doing something like we did with Kinect where it's only on 360, there's no better place to be than in Summer of Arcade," Lang said. "There's a lot of talk about Summer of Arcade numbers being low this year and diminished. That is probably all true, but that doesn't change the fact that I'd rather be in Summer of Arcade than not."

Tsui added that the biggest draw for Summer of Arcade selection is placement on the Xbox 360's dashboard.

"The real estate is very limited, so being able to get into Summer of Arcade and have your game pop on the front page right when you first log in is amazing," he said. "You're accessing millions and millions of people."

And the fact that the dashboard now includes not just a lot of games, but also non-gaming apps is a growing problem, Tsui said.

"It's so cluttered now that games are not even secondary - they're all the way down the list," he said. 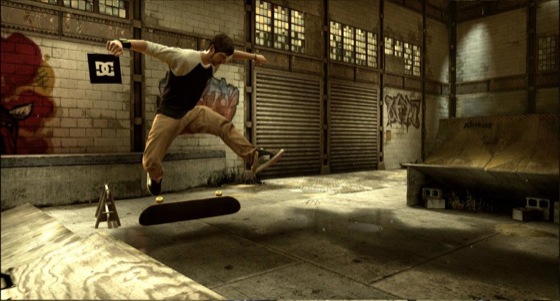 While both said that Summer of Arcade has its advantages, they also agreed that it has some downfalls as well even beyond the required exclusivity.

"Getting in is kind of a weird dog and pony show, and there's a million people at Microsoft involved in the decision about who gets in and doesn't, and why you're in or why you're not. Every day, you're jumping through one hoop just to get in line to jump through another hoop," Lang said. "All you know is you're still in the race. You don't know how many people you're running against, and you don't know anything else. It's really nerve-wracking."

Being in the promotion also means submitting an increased number of builds to Microsoft. Tsui estimated two to three times as many as normal, something which slows work down to a halt as a result.

"We were really unprepared for how hard that was going to be," he said. "It didn't delay the [later PlayStation Network] version of the game, but at a certain point we just had to not touch it for a while."

"Getting in is kind of a weird dog and pony show..."

Ultimately, those are the sorts of things that can detract from shipping your game or making it better, Lang said.

"All you want to do is make your game," he said. "At that point, the end is in sight. You've got a good game, you're proud of it, and it's fun. You just want every single moment to polish off the rough edges and make it as good as it possibly can be."

Despite the additional work, both agreed that the benefits of being in the Summer of Arcade promotion easily outweighed the hassle.

"It's a good problem to have, and I'm not complaining about it," Lang said. "But that's the one thing that drove me kind of nuts."