Share All sharing options for: GameStop preps for next-generation consoles, cuts PS2 from thousands of stores

Though the next generation of gaming consoles is, for the most part, a far-off abstraction, GameStop has already begun its transformation to prepare for the deluge of hardware and software coming from Nintendo, Sony, and Microsoft.

Though the next generation of gaming consoles is, for the most part, a far-off abstraction, GameStop has already begun its transformation to prepare for the deluge of hardware and software coming from Nintendo, Sony, and Microsoft.

The first step, explained chief marketing officer Ashley Sheetz, is to recognize the opportunities that the new hardware generation will bring about for the company. GameStop will likely have a year or two of console launches to determine those priorities — but the first launch, the Wii U, is coming up very soon.

"Well, obviously, the Wii U is going to be the first in line, and we're excited about that launch," Sheetz said. "I think one of the things is, historically we had about five years between console launches, and now it's been seven plus years, so I think people are very anxious to see what's going to come out — it's definitely a long time coming. In terms of marketing support for the Wii U, we think this is the kickoff to the next console cycle. So there's a lot of PR and a lot of buzz that we know Nintendo will be doing, so we're looking for ways to partner with them."

Sheetz added that the company's also making plans for the even further off arrivals of the next Xbox and Playstation consoles, but that she couldn't share any right now. Despite that, the company is looking forward to rejuvenated interest in games as a whole which a new generation can typically inspire.

"I think it's going to draw a lot of people, a lot of attention to the category," Sheetz said. "It's been quieting down over the past several years. We think it's going to be kind of a resurgence in people's interest in the category. A lot of new customers we saw with the Wii and music games have kind of fallen back off. We see this as an opportunity to pick that back up again." 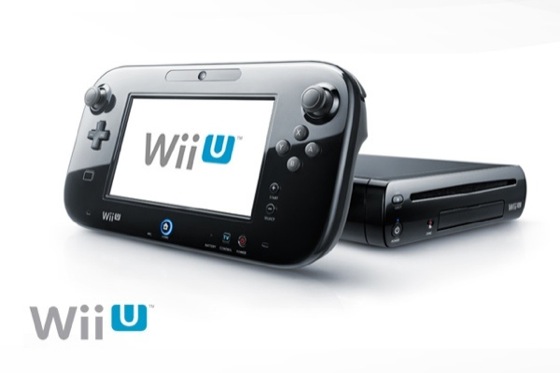 GameStop CEO Paul Raines explained that the latest rumors he's heard place the arrival of the consoles spaced out over the next two years.

"The Wii U, we expect it at holiday," Raines said. "This week, I'm getting a lot of rumors that are very interesting about 2013. We have not been expecting two more consoles in 2013. We're expecting Wii U this holiday, another one next year, and another one in '14. These rumors change every week, but we're hearing more about next year."

Raines explained the company's objective: To take all 20 million PowerUp Rewards customer loyalty program members, and upgrade them all to a new console.

"We've been in touch with that community, we asked people what they'd like to have in a next-gen console, and we ranked them. Some of those we disclosed on a call, but I was talking to Reggie Fils-Aime Thursday about this, here's the features people want, here's what you're giving them. We've got a nice match. Let's go after those folks and offer them creative ways to trade their old consoles and give them a new one. That's how we're going to prepare.

"We think we're going to lead people to the new consoles," Raines added.

Raines added that the company's gaming market share has doubled during this generation of consoles, making them "meaningful players" in the launch of the next.

"We think we're going to lead people to the new consoles."

Of course, with the arrival of new consoles comes several consequences for the holdouts of the current generation. For one, the launch of next-gen hardware is usually preceded or followed by a price cut for its predecessor — a price cut dictated by the publisher and manufacturer, making it nearly compulsory for GameStop to follow.

Executive vice president of marketing Mike Hogan says though the final say always comes down to the manufacturer, GameStop isn't without influence on the subject of price cuts.

"We're constantly in dialog with them, we're certainly going to offer opinions about what we think is the right thing to do," Hogan said. "We're not opposed to price cuts. There's a point in time where you'd look at a console and say, 'We support the idea of you taking a price cut, because we'll sell a lot more units.' You have to look at the whole thing as an ecosystem. You might be selling the console for less money, but you're putting it in the hands of more people, and will sell more games. I would say actually, our interests are pretty well aligned with Sony, Microsoft, and Nintendo when it comes to that.

"The main thing is just communication. What we want to know is when it's going to happen and let people know so they can get the right value. Obviously the person who may have paid full price two weeks ago doesn't feel good if the price cut comes right after." 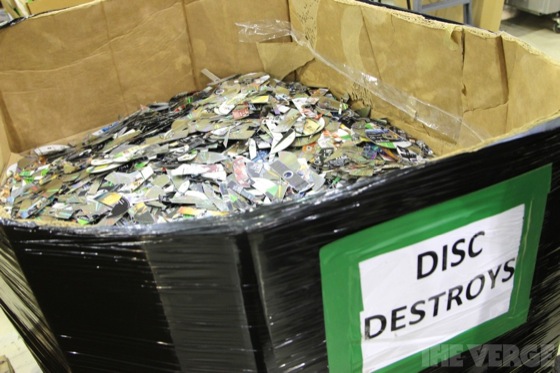 Of course, as new products land on GameStop's store shelves — which, despite the gap in console generations, have become increasingly crowded with tablets, mobile devices and digital content vouchers — older products must be pushed off. If you've been in a GameStop in the past month, you've likely noticed a recent casualty of war: The PlayStation 2, games for which have been pulled from thousands of the retailer's locations.

"The PS2 is a unique one — we still generate a whole lot of profit off PS2 sales, but we're going to keep PS2 where PS2 does sell, and we won't put it in stores where we see really lapsed sales. It's somewhat demographic — it's somewhat regional, it is. The heartland of the U.S. tends to catch the wave a little bit later than the coasts to a degree. So we kinda bring it in, and we'll take it out of the stores where the shelves would be better served by next generation product, or they're just small stores where they can't fit it in."

There are all kinds of game-buying local phenomenon across the globe, Dzura added. Microsoft products tend to do well in the northwest of the United States. PlayStation typically fares better in Puerto Rico and Vancouver.

"I think the PS2, as long as it serves a need for the consumer that we can fill, we'll have it in some store base until the consumer tells us, 'Take it out,'" Dzura said.

"...any console that comes out in the near future, we'll be a big part of launching it."

Of course, the company's hardware future's aren't inextricably tied to Big Three, as it were. They've also got their eye on furthering their market share in the tablet, mobile and PC markets — Raines even professed interest in Ouya, the open-source, Kickstarter funded Android console.

"Open-console platform is a big idea," Raines said. "If you look at Ouya, they get a lot of buzz about the Kickstarter impact. We think that's very cool. I'm not sure how soon they're going to be in the market, it's going to take a little time."

Before looking into stocking a console like Ouya, Raines added, it would have to build a portfolio of titles to drive sales — both for the platform, and for the store.

"We're in the chronology business, as well as the technology business," Raines said. "Sometimes, consumers don't want to go there, unless there's a game to take them there. To the degree Ouya can find its GTA, or its Halo, or its Madden, I think that's what will drive it.

"We'd love to be a part of it. I expect that really any console that comes out in the near future, we'll be a big part of launching it."