Lest there was any question that Insomniac Games' previously announced shooter Overstrike has become the recently re-announced Fuse, the game's first teaser trailer — noticeably lacking in gameplay — ought to answer that.

Our first look at Fuse in video form is "straight from the game, and teases the opening mission," according to publisher Electronic Arts. It's also a reintroduction to the Overstrike team, a quartet of special elite agents who target "enemy strongholds using fringe-tech gadgets and lethal teamwork." In the debut teaser, the OS team is tapped to recover a mysterious project set loose from an underground research base in the Nevada desert.

EA and Insomniac announced Overstrike at E3 2011, but haven't made a peep about the title since. At PAX, Insomniac Games CEO Ted Price announced the company was working on an "all-new intellectual property" named Fuse. A teaser web site offered clues that tied the game to Overstrike, but Insomniac wouldn't confirm whether the two titles were officially related.

Clearly, some things have changed over the course of the past year. This is what the Overstrike team used to look like. 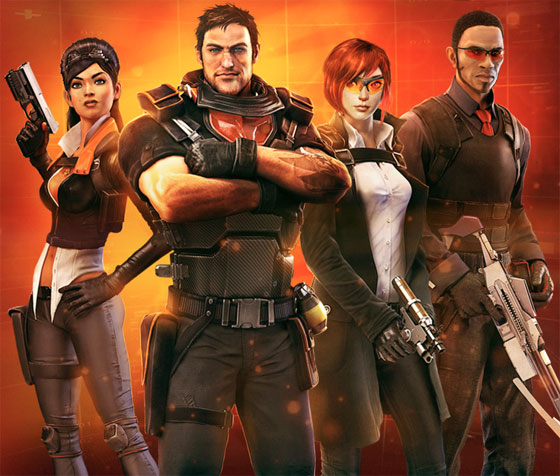 We'll have more on Fuse and the fate of Overstrike on Polygon soon.