Ghost of Tsushima guide: How to liberate the island and unlock all locations

Clear the fog of war, change the occupied status, and see everything on the map

Share All sharing options for: Ghost of Tsushima guide: How to liberate the island and unlock all locations

Part of Ghost of Tsushima guides and walkthroughs

In Ghost of Tsushima, there are three areas of the titular island to liberate from Mongol control — Izuhara in the south, Toyotama in the middle of the island, and Kamiagata at the north. You’ll naturally clear chunks of each while working through the game’s story, exploring the island, and increasing your Legend, but that won’t disclose the locations of everything. 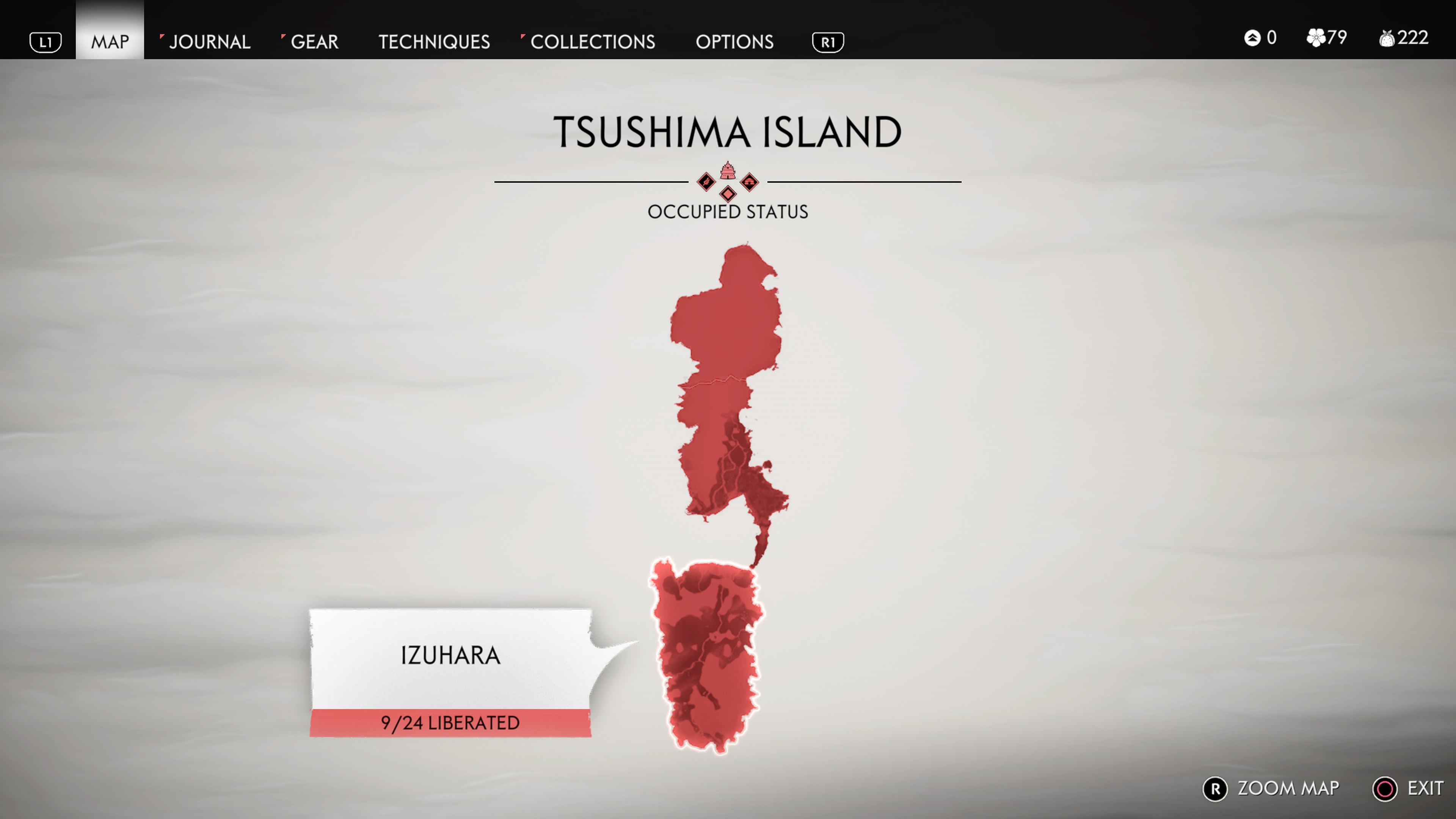 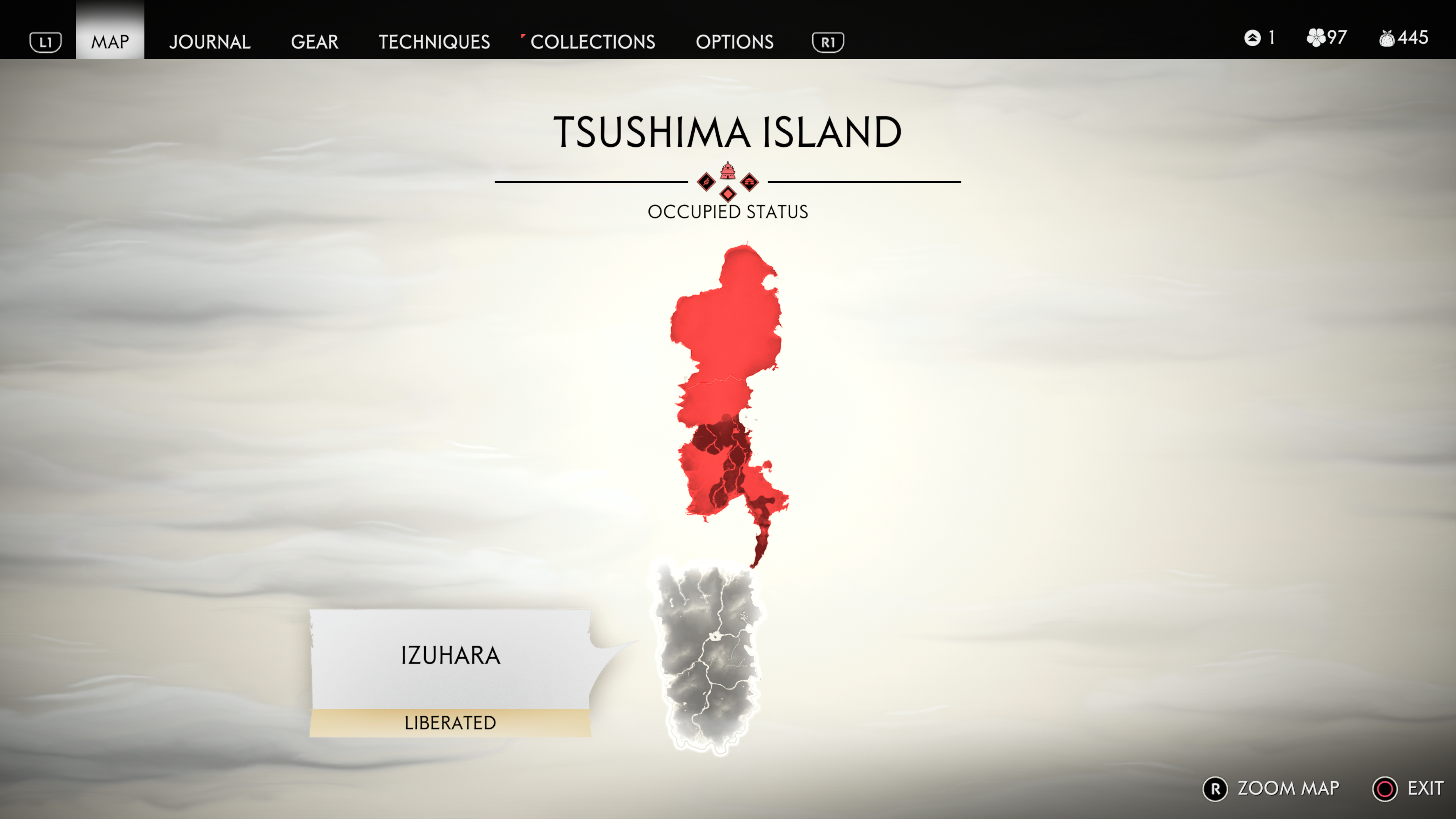 In this guide, we’ll show you how to liberate Tsushima island and reveal every icon on the map, which will help you see every exploration location and grab every reward.

How to liberate the island

As you follow the story and unlock the second area of Tsushima, Toyotama, the game will tell you that other parts of the island are still under Mongol control — even after completing the main story missions in the game’s first area Izuhara.

You can fully liberate a section of Tsushima by clearing out all Mongol camps and occupied farmsteads. Just look for red icons on your map. Those are all Mongol territories.

When you fully liberate an area and defeat the Mongols occupying those locations, you’ll unlock a Ghost of Tsushima Trophy, and the fog of war will lift. Zoom in, and you’ll see every area you haven’t found yet, designated as an Undiscovered Location.

At this point, you can travel around that area using your Guiding Wind to explore Undiscovered Locations. Feel free to zigzag across the island finding every piece of vanity gear you haven’t located yet like haikus to gain headbands, or more tales to increase your Legend.

Ghost of Tsushima guides and walkthroughs