How to play and how to spend your money

Kill Strain arrived on the PlayStation 4 as one of Sony's marquee free-to-play titles. It borrows a lot of mechanics from multiplayer online battle arena games like League of Legends. For those of you who don't engage in hardcore MOBA play, here's a rundown on what Kill Strain is all about, and a guide to what to spend your cash on.

Like many other MOBAs, Kill Strain is a team-based game, but instead of one head-to-head confrontation, there are three teams in the mix. Two are mercenary squads with five players each, bent on competing for resources. The third is a wild card mutant team of two, using the strain — a type of corrupted terrain — to their advantage. 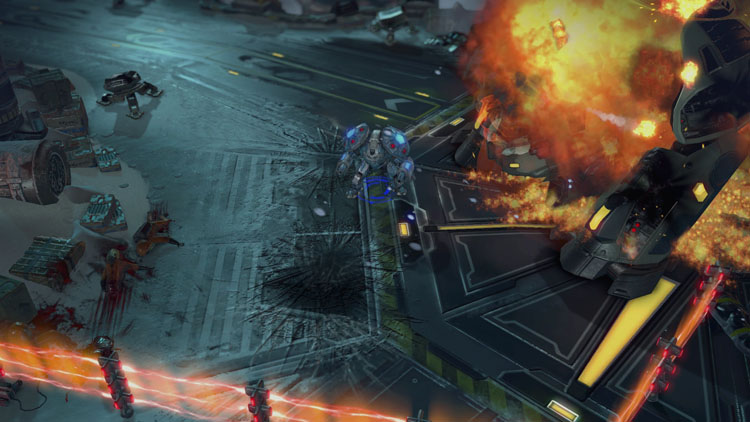 Both mercenary squads will square off on different, symmetrical sides of the map, while mutants start in the middle, surrounded by strain. The objective of the mercenaries is to acquire resources (canisters) from the middle of the map. After placing them into a neutral location on the map, they work toward the construction of MEC suits, which can easily dismantle enemy structures or attack players.

Given the individual nuances of each side, let's break them down.

Mercenary teams win games by making their way into an enemy base and destroying the core.

First you'll have to tango with two sets of turrets before you can tackle the core. There are two at each of the two entrances to the base, representing lanes, but you don't need to destroy both sides, as you can access the core by focusing one lane. While it is possible for Mercenaries to take out turrets on foot, it's exponentially quicker (and safer) to go toe-to-toe with them in a MEC suit. As such, gathering resources and acquiring more MECs to assault the enemy base as quickly as possible is ideal. Every second counts, because if you fail to end the game, the mutants win by default.

Use your base to your advantage. If a mutant or enemy merc is chasing you, try leading them back to your base, where a healing station can thwart their attack or defensive turrets can mow them down.

It's especially important to not roam around by yourself near strain, because if a mutant takes you out, it can drag you onto a strain spot and convert you into a mutant. If you see a teammate being dragged, fire on the mutant to stop the process immediately, going all out with all of your abilities.

It can actually be beneficial to let mutants run amok and not target them, especially if they're wreaking havoc on your enemies. But note that ultimately it's the mutant's job to try to sabotage both teams, so don't take them lightly, as they'll convert you given the opportunity. Stay with at least one teammate even if you aren't sporting voice chat in a public game to prevent your numbers from dwindling. Once you start losing players it's very hard to take on an enemy base.

Putting it all together

To reiterate, mercenaries win by destroying the other human core inside their enemy's base, primarily through the steady use of MEC. Use them to push through enemy turret or tower lines and into the core. Focus on that main objective, and don't get too wrapped in in the ancillary elements of each round. Mercenaries can also win a match if they destroy the mutant base in the center of the map. 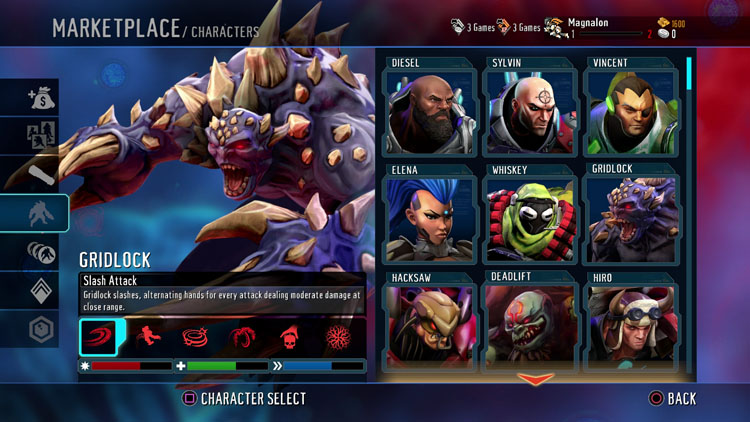 As the wildcard of the game, mutants generally have the upper hand. Your primary objective is to drop more strain using your create strain ability, especially near the start of the match.

Try to forge pathways through the middle of the map without being too obvious, as either mercenary side can destroy your strain patch by attacking the flower-like non-playable character in the middle of it. Subversively place strain around edges, as you'll get movement bonuses, including stealth camouflage and some health recovery if you can stay on strain consistently.

After several minutes of putting down your network, focus on converting mercenaries into mutants. Pick out stragglers and unload all of your abilities on them, but note that the create strain and drag function (the latter of which allows mutants to grab mercenaries and place them on strain for conversion) both share the same cooldown. So while it is advantageous to place strain on top of a mercenary for extra damage, you might not have enough time to drag them, as the 10-second cooldown (the amount of time you'll have to wait before you can use another ability) will elapse before the mercenary bleeds out, forcing you to wait until next time to convert them.

Since it's easier to identify a mutant than a mercenary on another team (especially given that a lot of players use the same free/easily unlocked and low-cost mercenary characters), it's more important to stick together as mutants. If you keep getting killed one by one, having to wait to respawn will significantly impact your ability to drop strain and delay the other teams. And since you don't have access to MECs as mutants, you'll need to develop your numbers to take down resource points, which will slow the mercenary MEC production system to a crawl.

Mutants win by converting both teams entirely, or by “running out the clock” and letting the game end, at which point an “uncontrollable strain outbreak” causes a victory. Given the much more difficult rules for a win, mutants will need to keep track of which team is on top at all times, and tip the scales in the favor of the losing organization to keep the round going as long as possible.

How both currencies work

There are two types of currency in Kill Strain. Gold is a premium currency and can only be purchased with real money, and credits can be earned by playing games and through in-game missions.

You can unlock augments, which are basically like perks that grant passive bonuses, by paying 500 credits or 50 gold for a pack of five. Finally, there are also Masteries, also boost specific abilities. You can purchase these outright at an initial cost of 300 credits.

There is a slight pay-to-win element here with augments. You could argue that all players are on an equal playing field, since you can acquire augments through credits, and passive slots slowly unlock one by one to accommodate.

But the truth is, someone who buys a large amount of augments is at an advantage, as they can outfit each character with a specific ability that boosts (like a bonus healing factor for Whiskey, a mercenary that can trigger a powerful area-of-effect heal). It's not a disastrous advantage, but it's an advantage nonetheless.

Masteries, however, are directly tied to credits, and cannot be purchased with gold. 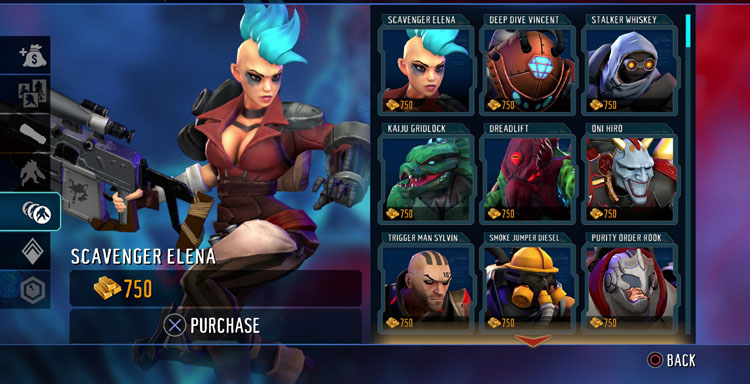 Breaking it down further, there are a few other storefront options that are cosmetic in nature, or merely boost your earnings. Skins are 750 gold each, and have no impact on gameplay. Boosts double both the XP and credits you earn. They'll run you 100 Gold for five games (or in increments of 295 gold for 15 games, 580 gold for 30 games, 1,140 gold for 70 games, and 2,220 gold for 120 games). 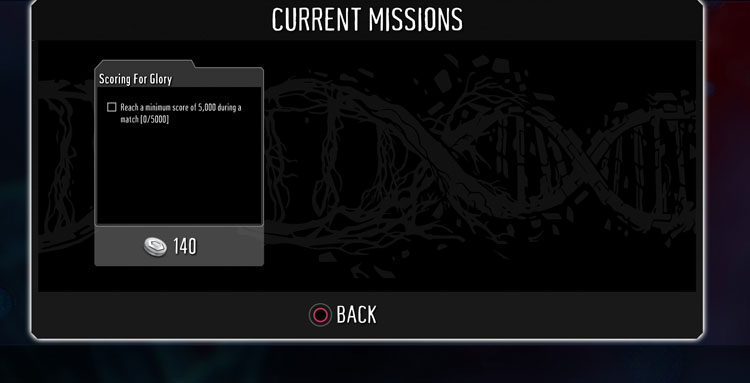 Expect to earn roughly 100 to 150 credits per round (200 to 300 with a boost on, which doubles your earnings), and 150 to 300 credits per mission you complete (which are doled out in a daily, limited form, and consist of simple goals like racking up a specific score). Rounds take roughly 20 minutes, and usually run the full duration.

Using this math, earning a low-end character (4,000 credits) will take 40 games, on the conservative end. Using a boost, it'll take roughly 20 games, which will run you about $4 (400 Gold) worth of boosts to complete. Since low-end characters are 200 Gold to buy outright, you're actually losing money on boosts if you choose to go with lower characters.

Either buy gold or grind out currency regularly instead of relying on boosts.

Do you really need to buy anything? 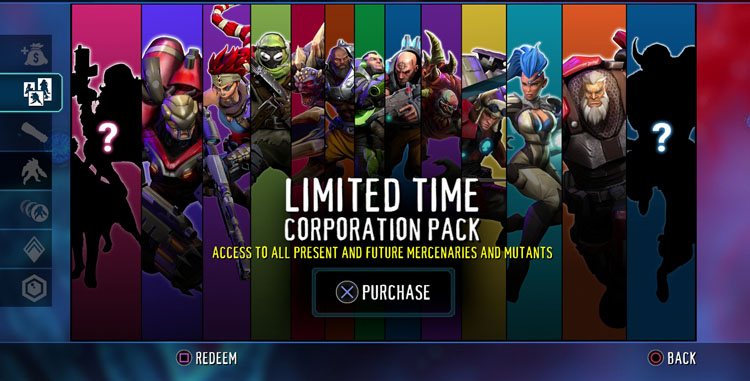 In short, it's worth buying one of each character type (melee, mid-range and ranged) with credits first, then deciding whether or not you really want to take the dive with piecemeal gold for more characters, or go all-in with the Corporation Pack (which unlocks all present and future mercenaries and mutants for $29.99).

Give the game a shot over the course of a full week with the basic, free characters in tow first, then choose the route you want to go from there. It might take some restraint, but if you really, really love Kill Strain, you're probably safe just getting the Corporation Pack and using your hard-earned credits to buy more loadout options by way of Masteries and Augmentation packs.

For those of you who are still on the fence, try a few more cheap-end characters before calling it quits. This is purely speculative, but if Kill Strain doesn't catch on and the game shuts down in the future, your Corporation Pack will become a digital coaster, so don't take the decision to buy it lightly.

As a note, all mutants play basically the same, with melee attacks and a focus on creating more strain and converting mercs, so you can skip out on buying the remaining two (at present) mutant characters until it's absolutely necessary.