Use these tips to get the upper hand

Metroid Prime: Federation Force and delivers a relatively deep multiplayer experience on top of the fantastic Blast Ball. In this guide, we'll teach you some tips that will help you elevate your team both on-planet fighting aliens and in the Blast Ball arena.

Pick your control scheme — or make your own 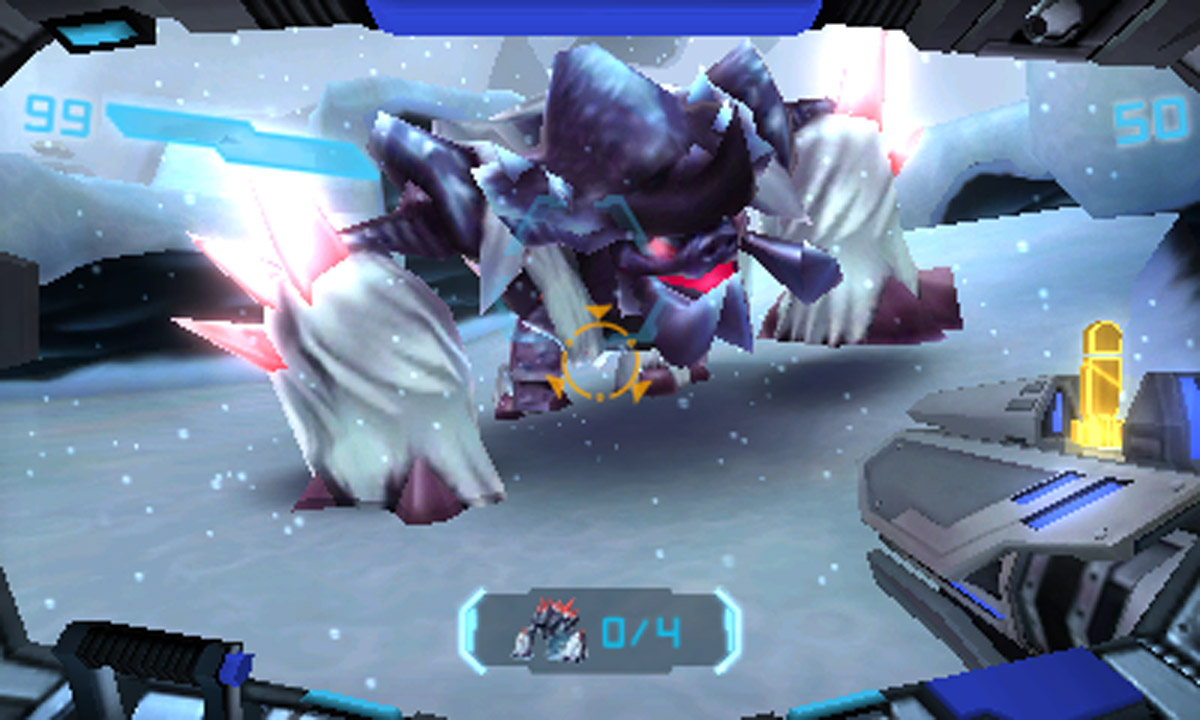 Motion controls, or gyroscope aiming as it's commonly known, is your first and default option. Players won't need to access the ZL and ZR triggers on New Nintendo 3DS models (or the Circle Pad Pro), and instead only need to use a small number of buttons and the core L and R triggers.

The pros of this setup mainly involve simplicity. If you're the type of person who plays your 3DS in a chair or an otherwise more rigid position where you can readily swing your portable around at any angle, Config A is for you.

Even if you don't enjoy motion controls, it's worth trying for five missions or so before you give up on it. It has an over-reliance on the face buttons, but it can provide a level of precision that a tactile system can't.

Having said that, many will prefer that tactile option, and the prospect of mashing the more sensitive trigger as a method of rapid fire instead of transitioning into gyro aiming can be more appealing. Here, you'll need to aim manually using the right analog nub (or the Circle Pad Pro analog stick). It's a recipe for cramping, but you can further tweak Config B by pressing the lowkey Options button on the touchscreen below the mockup of the 3DS.

Make your own (Config C … sort of)

Here you can enable a hybrid, a Config C of sorts, that uses gyroscope aiming while locked-on. You can also alter your sensitivity and invert the y-axis. While Config A is the most intuitive, Config C has the highest potential of all, so experiment with everything before you settle in on one. 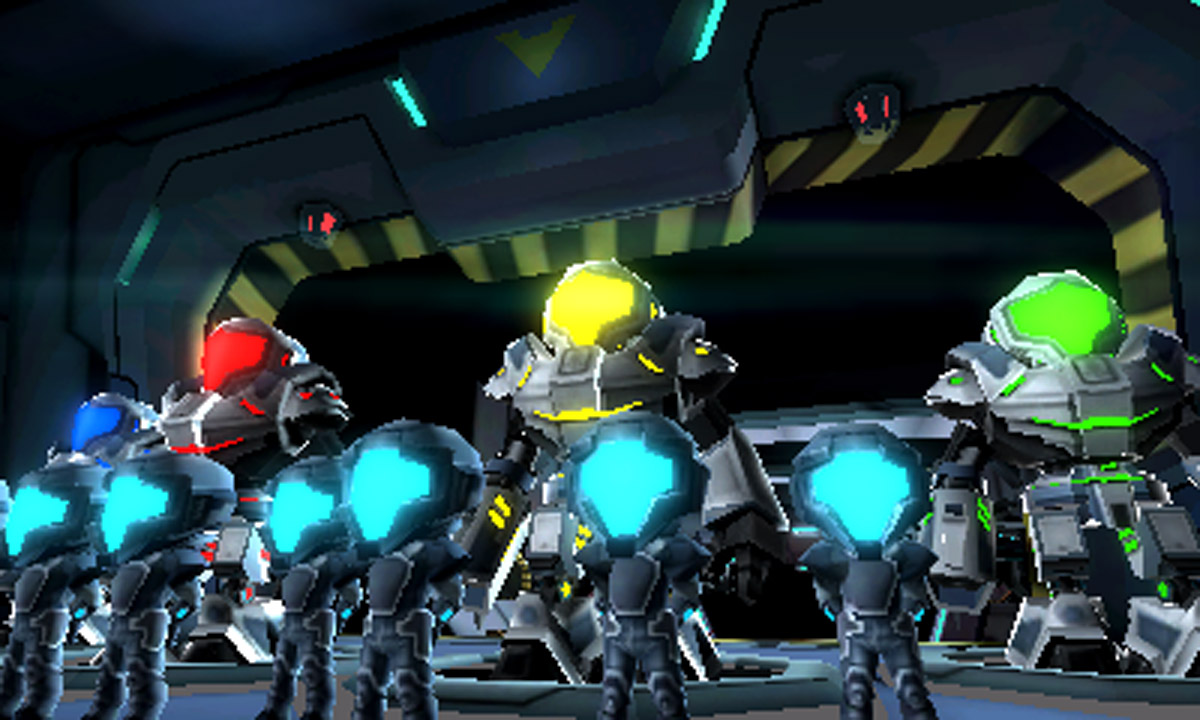 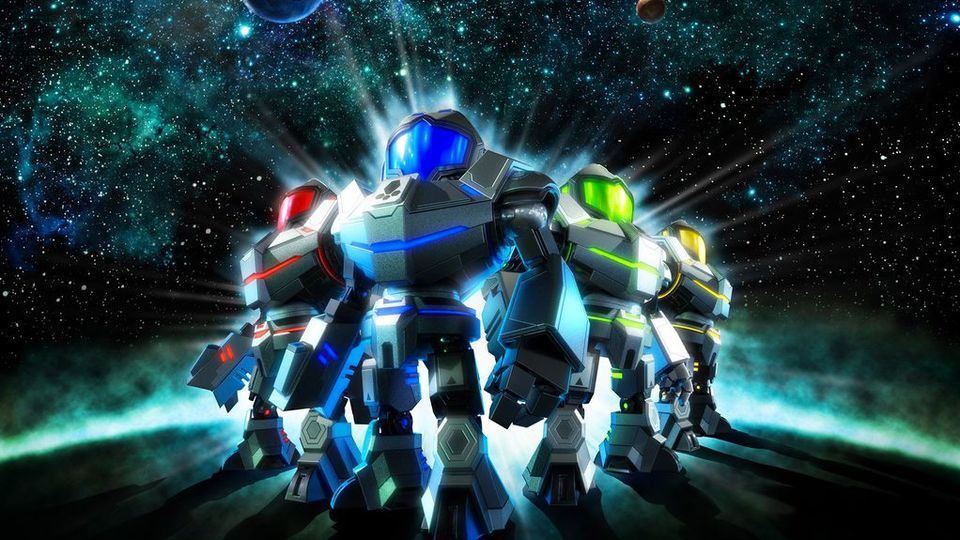 Players who opt to go at it solo will become best friends with the Lone Wolf mod, which basically doubles both your defensive capabilities and your damage. It's equipped by default in the first slot. However, that means that you only have two of your three precious slots remaining. In that sense, playing solo inherently puts you at a disadvantage.

When you're playing as a lone wolf, you'll need a more cautious approach. Enter each rooms cautiously, and carry health items with you at all times. Use them only when you need to. You won't have teammates to grab your enemies' attention, draw their fire or drop health pickup that can extend your life.

You should also consider playing online or locally with friends, as Metroid Prime: Federation Force is mostly balanced around the principle of co-op. We've found that online teammates generally only care about themselves, using multiple mods that benefit their damage output. But you should think differently and bring a whole new dynamic to your online squad.

Some of the most useful online mods include Capacity Boost, Arching Slow Beam, and Enhanced Slow. The first allows you to carry more items, incluidng health pickups that you can drop for teammates. The latter two actually impact (debuff) enemy mobs, softening them up for your crew to defeat or avoid with ease.

Here's a big thing to keep in mind though: If you die while a mod is in play (excluding Lone Wolf), it will break. This includes the Auto-Revive mod, which breaks after use. So even when playing co-op, death matters quite a bit, and relying too much on your teammates can get you killed. It helps to treat the game like it has permadeath enabled. 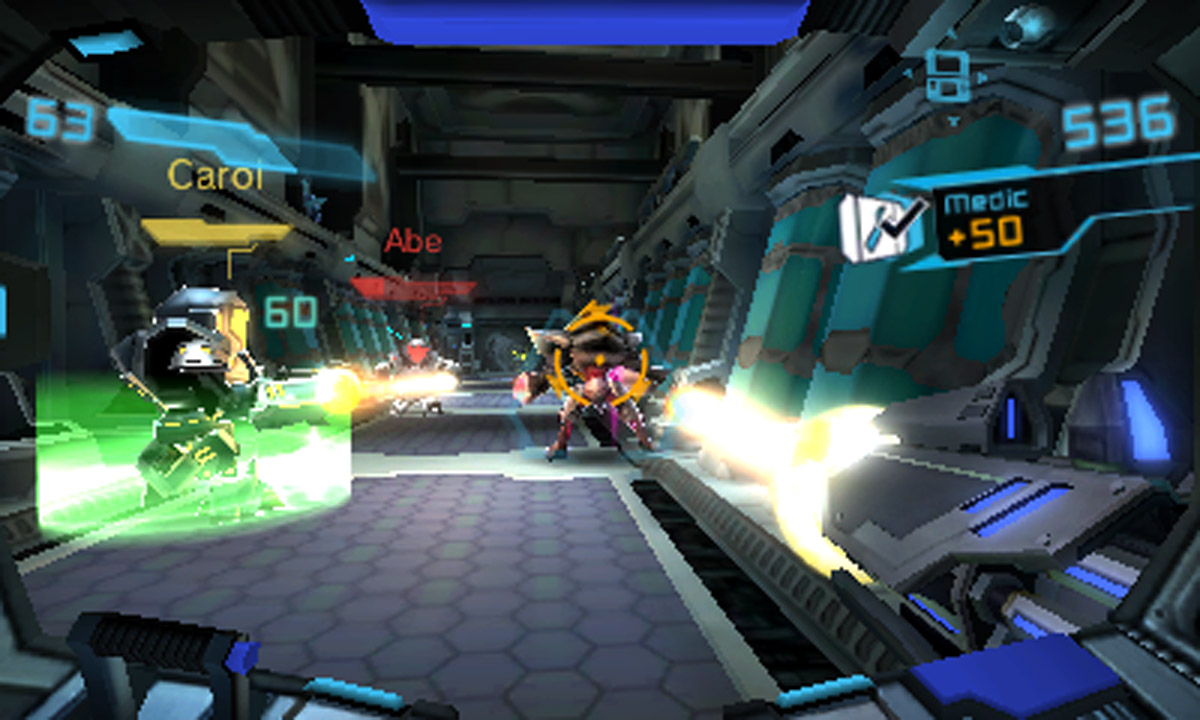 Players who are going for medals (achievements of sorts that unlock more mod slots) should note that repeated attempts are essentially a requirement, because you'll hardly ever earn the time medal on your first run. Instead, take your time on your first run. Then, on your next attempt, race through on the critical path without attempting to locate any secrets.

Also keep in mind that the Samus and Zero Suit Samus amiibo can provide bonuses, in the form of additional missile and slow beam ammo respectively. All other amiibo figures merely provide cosmetic content. 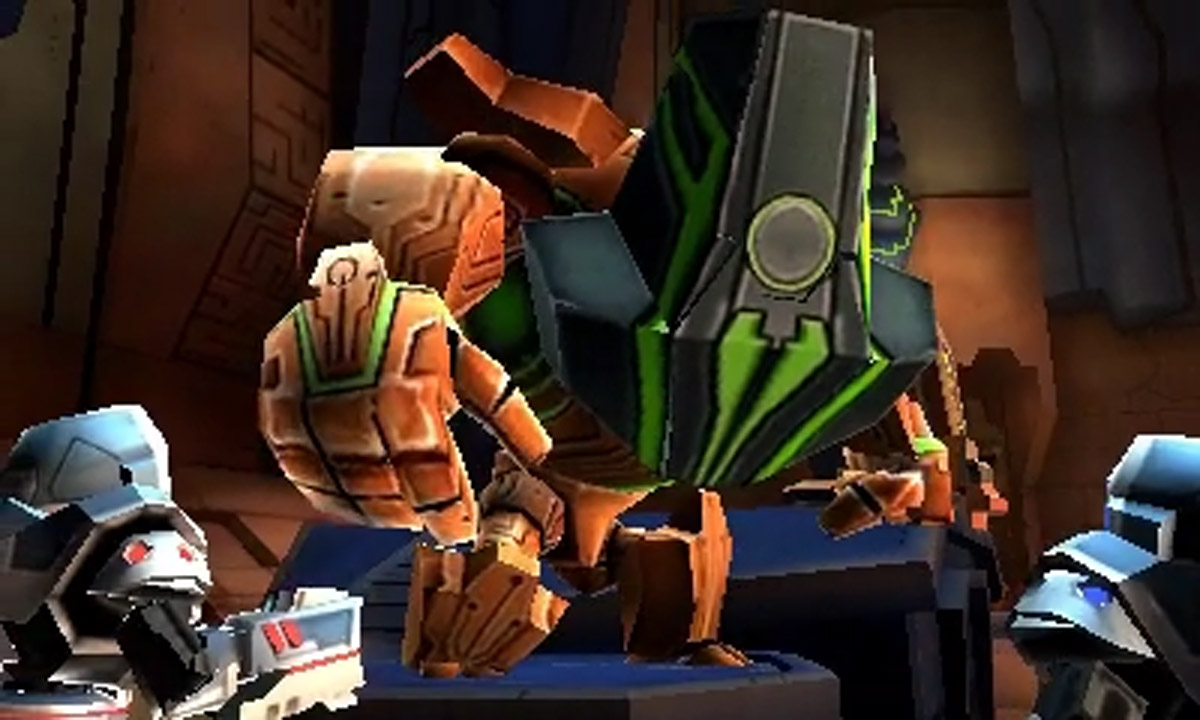 As a take on Rocket League, Blast Ball is a sports minigame featuring a 3 on 3 setup with each player inside of a mech suit. Players attempt to score three goals within a five-minute time limit. Sudden death will occur if the score is tied, providing an additional minute before ending with a draw.

While simple in principle, there are a few nuanced concepts to keep in mind. Our advice is to try the standard tutorial first, so you master the art of side-dashing, a very useful skill for moving about the arena quicker.

Fire as often as possible because your offensive weapon doesn't have ammo in the traditional sense. Rapid-firing constantly — even from a distance — is a great way to chip a ball in and help contribute, even if you're in the backlines.

You can also control where you want the ball to go, and knock it into areas where enemies aren't readily available to defend against an offensive. Hitting it on either side will cause the ball to move to the opposite direction, and hitting it at the bottom can knock it in the air above the opposition. If the enemy team is stalwart in their defense, spanning the left, middle and right of the field, try knocking it over their heads.

You can leap back into your mech from any entry point, not just the back

Players can also opt to use charged shots that push the ball further, but you should only do this if you have the upper hand. Taking the time to charge a shot while being backed into a corner will only result in the enemy pushing the ball farther into your territory. The blaster takes roughly three seconds to charge, so time your power shots accordingly. The orange power up can be useful when your team is on a roll and has the other side pushed back, providing more powerful shots that can be split between the ball and enemy mechs.

It is possible to destroy enemy mechs, forcing a five-second respawn, but it's exceedingly rare. Knocking the ball into enemies while simultaneously trying to score is like killing two birds with one stone. The green power up exacerbates this, forcing enemies out of their mechs for several seconds. Try to use this when the enemy has their goal wide open, and not when someone is firmly planted in front of it. Otherwise, it'll be too tough to capitalize on the window of opportunity.

Note that you can leap back into your mech from any entry point, not just the back that's shown in the opening scene.

Finally, keep in mind that the color of the ball matters. The standard green ball follows the default ruleset, but the orange ball causes an area-of-effect blast when it lands, and the blue ball is easier to fling around.

Since there are no real team assignments, everyone kind of plays every role, from striker to midfield to goalie. 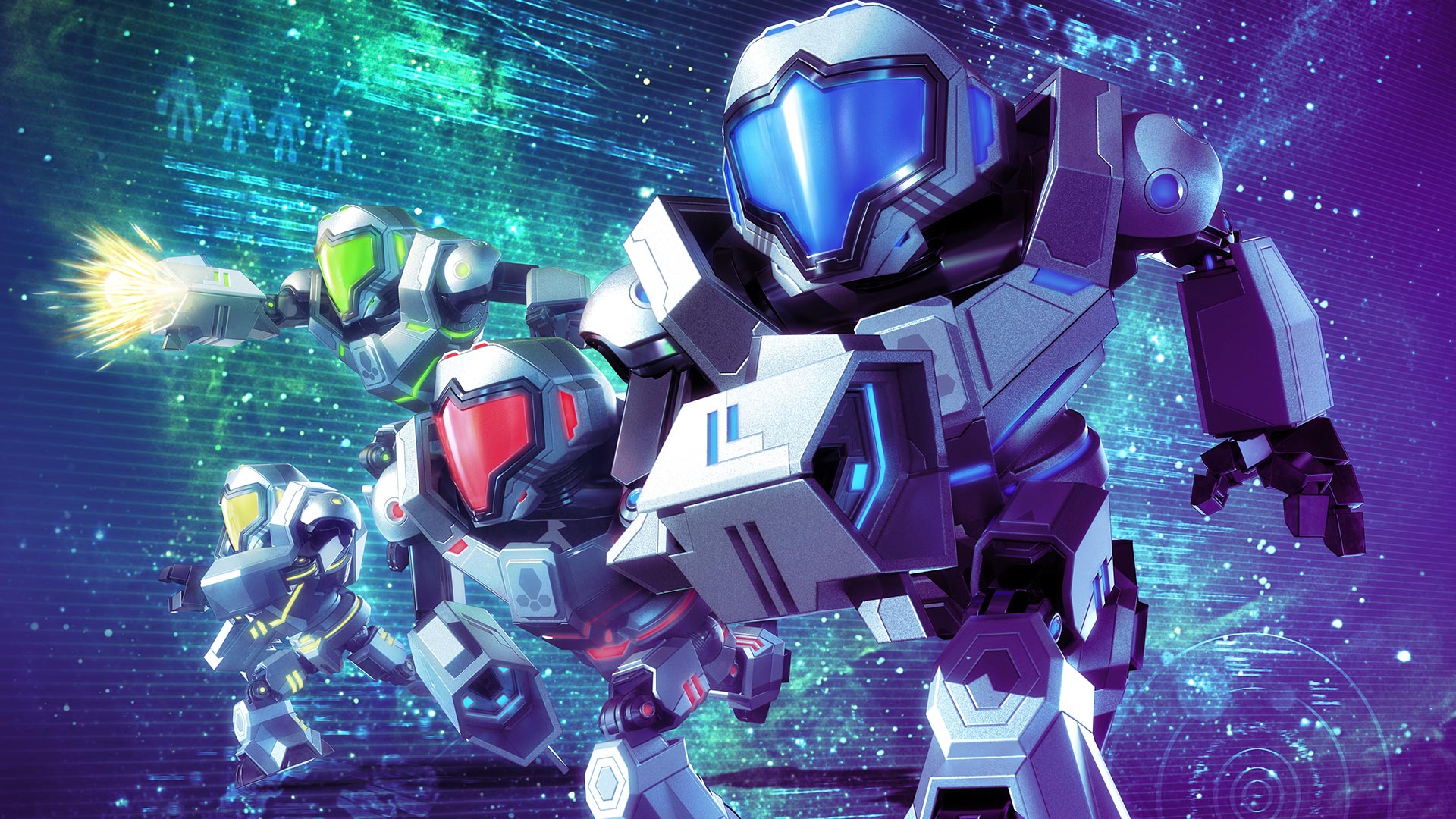 Assess the situation when you spawn, and don't immediately just run forward. Let the other two players make their moves and see where you fit into the equation. If both of them are running like crazy toward the enemy and you join them, all the other team needs to do is casually shoot the bottom of the ball, flip it over your entire team, and coast it into your goal.

Speaking of momentum, chipping, in fact, can slow down the ball, which is a great tactic if you see it careening downfield into your zone. When the ball rolls into your zone, look for the blue shield power up, which not only protects you from incoming fire, but also provides the added benefit of being able to manually push the ball around with a makeshift force field.

If you're in danger of blowing up, try to move your mech as quickly as possible in front of the goal. You'll respawn there and potentially save a point from being scored after you successfully return to the match in five seconds.