Monster Hunter Generations revolutionized the combat of the series with the introduction of both Hunter Styles and Hunter Arts. These two features allow you to tailor-fit any and all of the game's 14 weapons to your preferred playstyle. 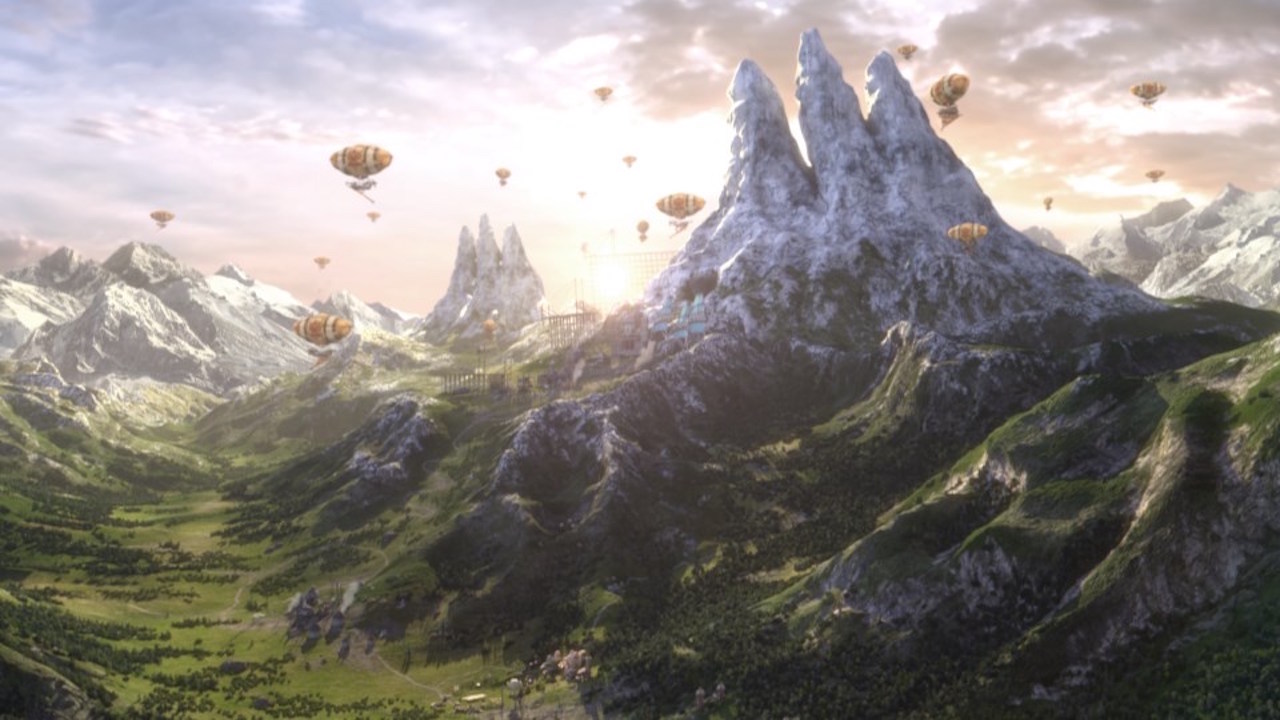 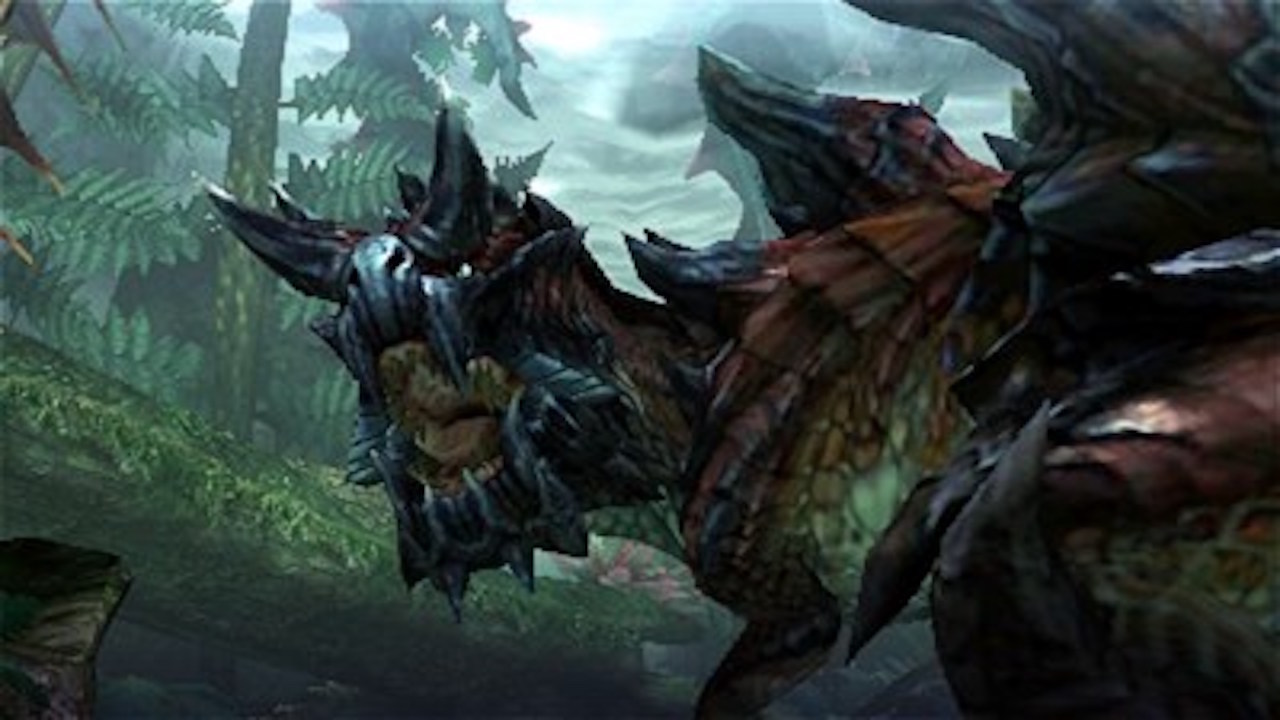 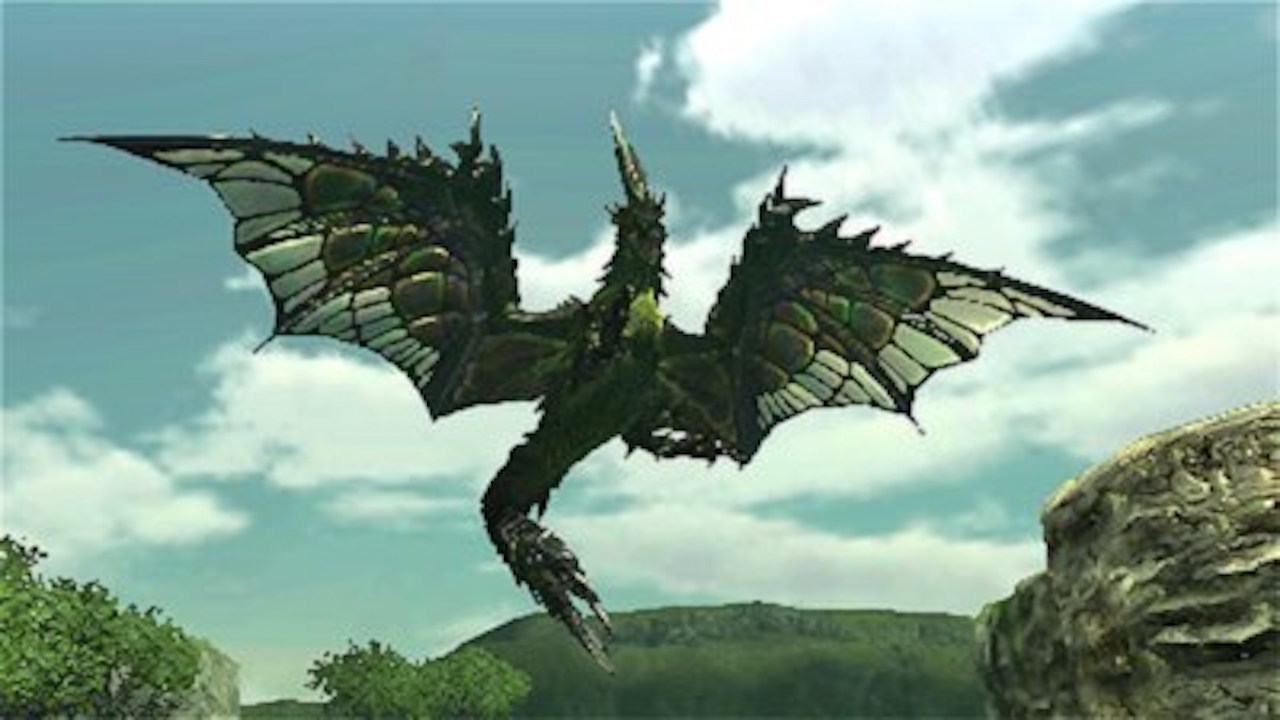 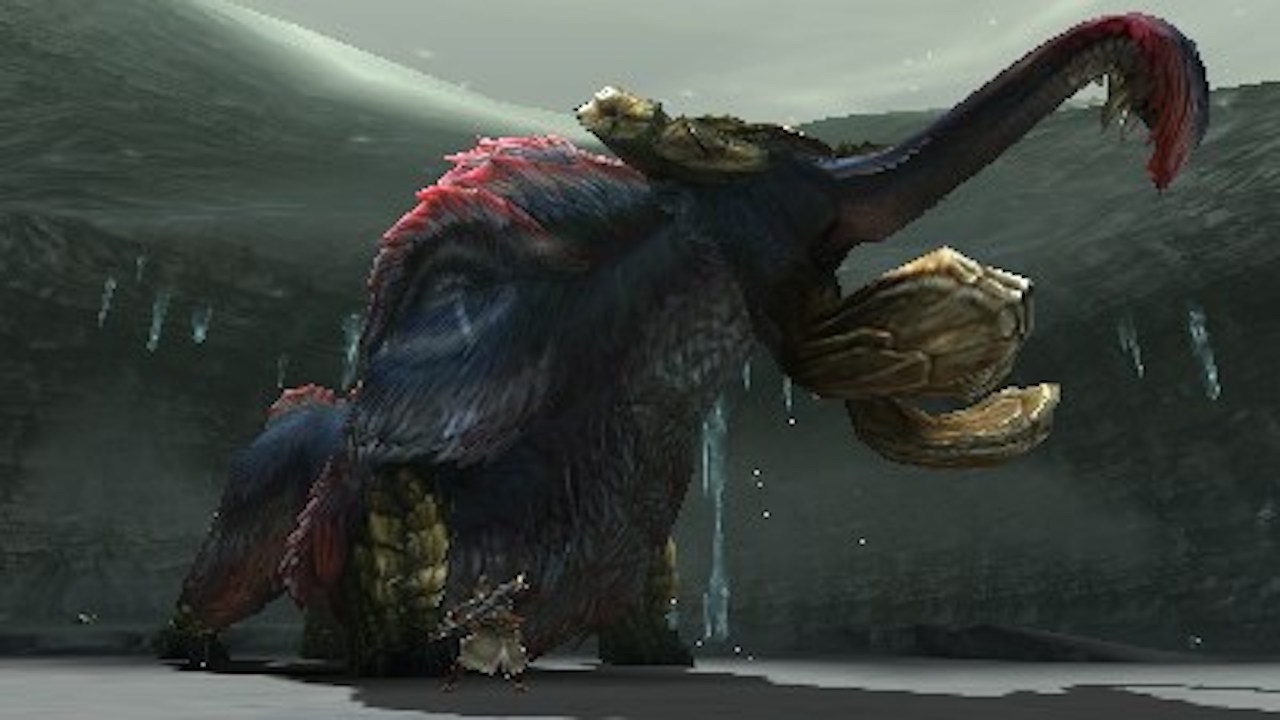 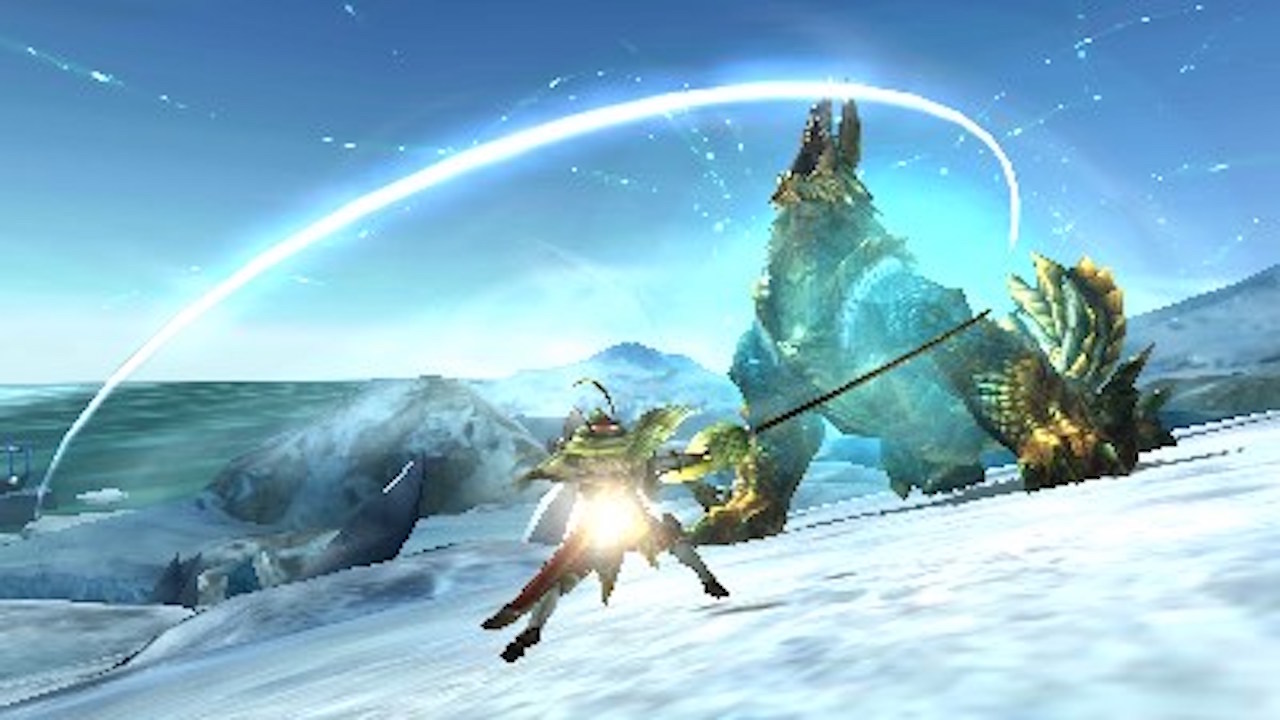 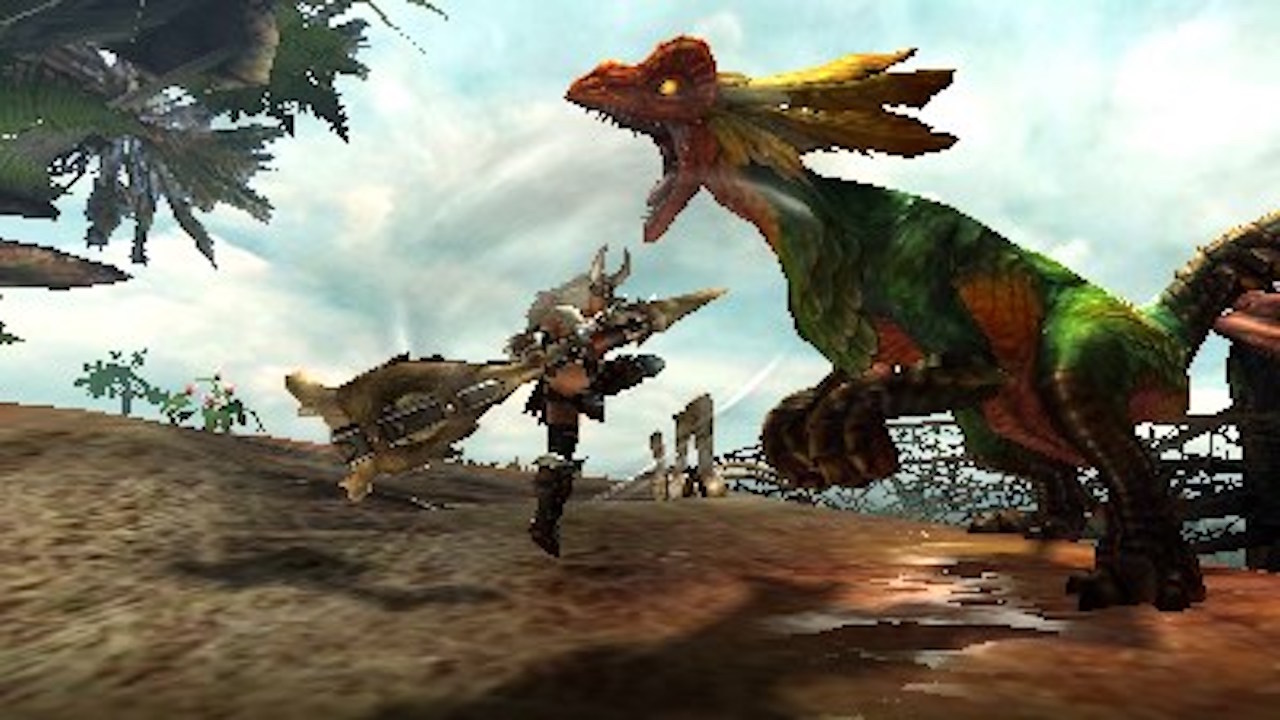 Think of these as your special attacks in a fighting game. Each has a gauge that fills as you battle. Tap the gauge on your bottom screen when it's full to execute the move. Some are simply for support, enhancing your healing abilities, while others execute truly brutal attacks. 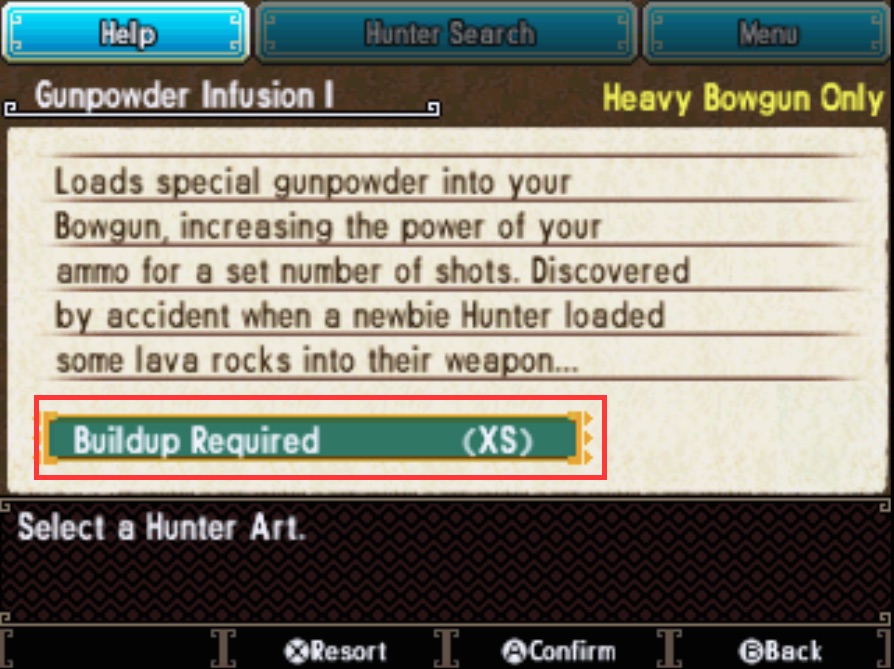 The Buildup Requirement attribute gives you an idea of how much gauge juice you need to fill an art's gauge, ranging from XS to L. Generally speaking, arts with an XS buildup requirement will be on cooldown for a very short amount of time, meaning you should use them frequently. Arts with an L may only fill a few times per hunt, meaning you'll want to be sure you're executing them with care. These Arts tend to be very powerful attacks with long windup animations. Reserve these for when you know you can make the most of them. For instance, if a monster happens to be caught in a trap so you know it will be still for a good long while. 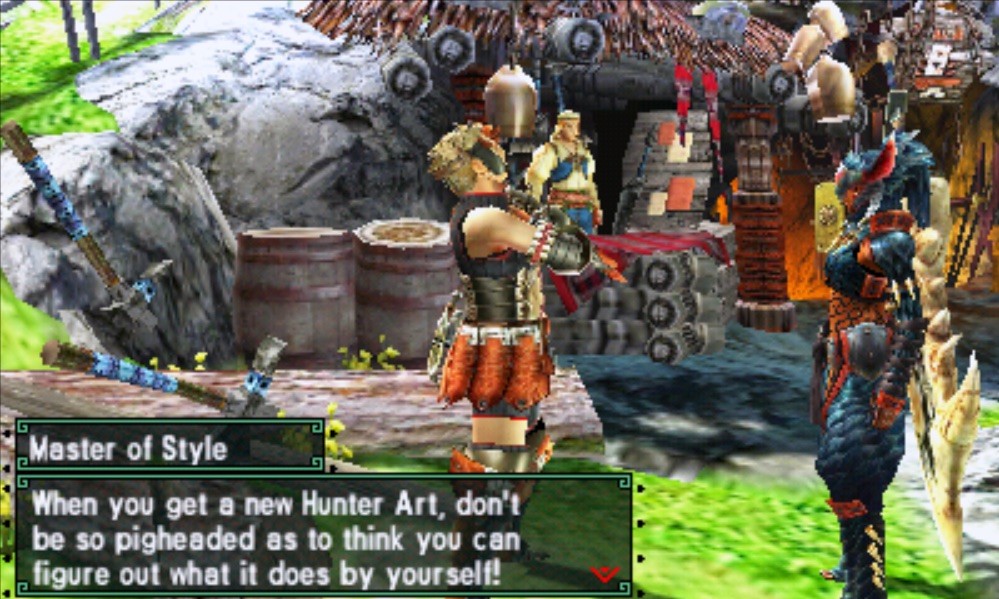 Talk to the Master of Style in Bherna to collect any new Arts you may have unlocked. Unlocking new Arts requires clearing quests, meaning you'll want to try and clear as many as you can — not just the ones required to advance in the story. Still, it may be easier to revisit some more difficult quests once you've got yourself more powerful gear. This is especially true of quests where you need to hunt as many as three monsters. These may pose a threat at your current level, but come back when you've achieved weapons and armor from the next level of quests, and it'll be a breeze. 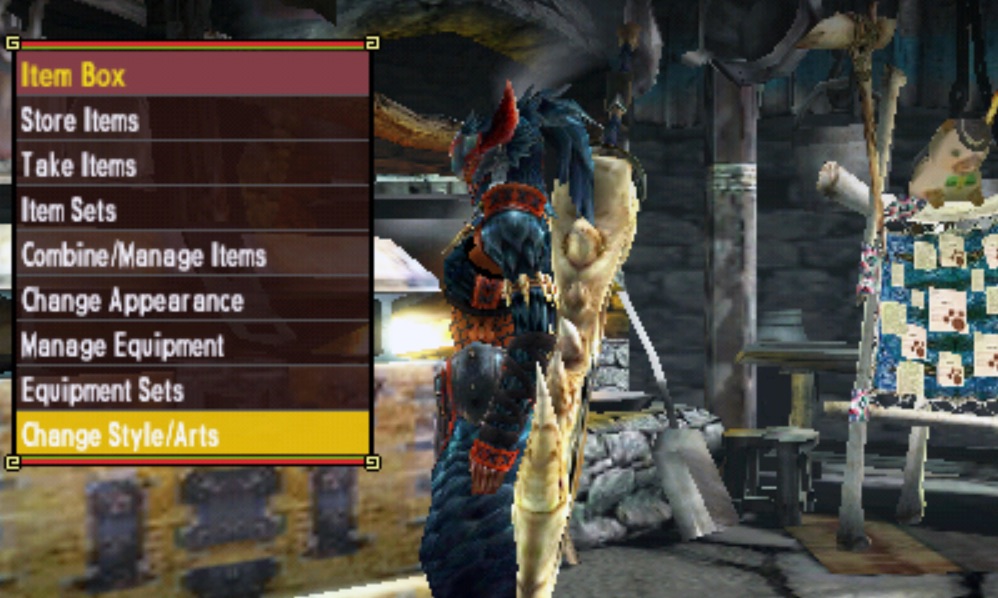 There are four Hunter Styles to choose from, which you can change at the Item Box in your room. Note that you cannot change these while out on a quest! Here are the four styles at a glance.

Consider the Guild Style to be the "classic" style, most closely resembling the combat of previous games. With this style you can equip two Hunter Arts. If you're returning from a previous Monster Hunter game, and want to carefully dip your toe into Generations, this is the style for you.

Striker Style allows you to equip a whopping three Hunter Arts — more than any other style. This is a notable benefit, as some weapons (though not all) have Arts that stack, allowing for incredibly powerful combinations. You'll also charge your Arts from receiving enemy attacks, not just dealing damage yourself. This means Striker Style charges arts faster than any other style — ideal for any Arts junkies. Note also that your moveset will be just a hair different from the standard Guild Style, meaning you may be missing some powerful attacks to compensate for all those arts.

With the Aerial Style, your dodge roll will change into a forward flip that allows you to leap off monsters of any size and even other hunters. Once in the air, you can unleash powerful attacks or combinations on your way down that may allow you to mount a large monster. Succeed in downing a mounted monster, and you'll create a huge opening to attack for you and any other hunters you're with. Note that with the Aerial Style, you can only equip one Hunter Art.

Many large monster quests have a sub-quest that requires you to down a mounted monster twice. No style is better equipped to clear this challenge! This can be a great way to get some additional materials from a monster you're grinding on.

As the name implies, the Adept Style is for experienced hunters, especially ones who know their enemy well. By either dodging or blocking an enemy attack at just the right moment, you'll be able to unleash a powerful counter attack.

In the case of dodging, these counterattacks can be a little challenging to pull off, as you'll often find yourself moving in the opposite direction of a monster. Get in the habit of adjusting your position with the Slide Pad immediately after evading through an enemy attack.

This style can be very effective with charge-happy monsters, or just any monster you've fought many times. With the Adept Style you can only equip one Hunter Art.