The Outer Worlds: How does it run on Switch?

Share All sharing options for: The Outer Worlds: How does it run on Switch?

Miraculous ports of games like The Witcher 3 and Skyrim have made it clear that the Switch can handle large, open-world games … so long as folks are OK with a loss of resolution. The Outer Worlds arrives on Switch just six months after its premiere on PC, PlayStation 4, and Xbox One. How well does it withstand the jump to Nintendo’s graphically underpowered quasi-handheld?

It depends on your eyesight, really.

The Nintendo Switch port of The Outer Worlds contains all of the content and voice-acting of the original release, but some trade-offs had to be made to get the game to run on the hardware. The game is locked to 720p when played in portable mode, but the resolution increases to 1080p while docked. The most obvious change from existing versions of the game, in both cases, is an enormous drop in texture quality.

The world-building details in the environment, seen in various wanted posters and billboards scattered throughout the planets you visit, were clearly designed with a lot of love. Unfortunately the only way to appreciate them on the Switch is to really get up on top of them until the high resolution textures pop into view. This moon sign, found outside the first major town you reach, is a good example of the sort of blurriness you can expect:

Characters themselves are also extremely muddled when viewed from just a few feet away. Detail will spring in once you get close enough to talk to someone, but you’ll have to rely on a lot of general shapes and name pop-ups to indicate if you’ve found the right person before that happens. 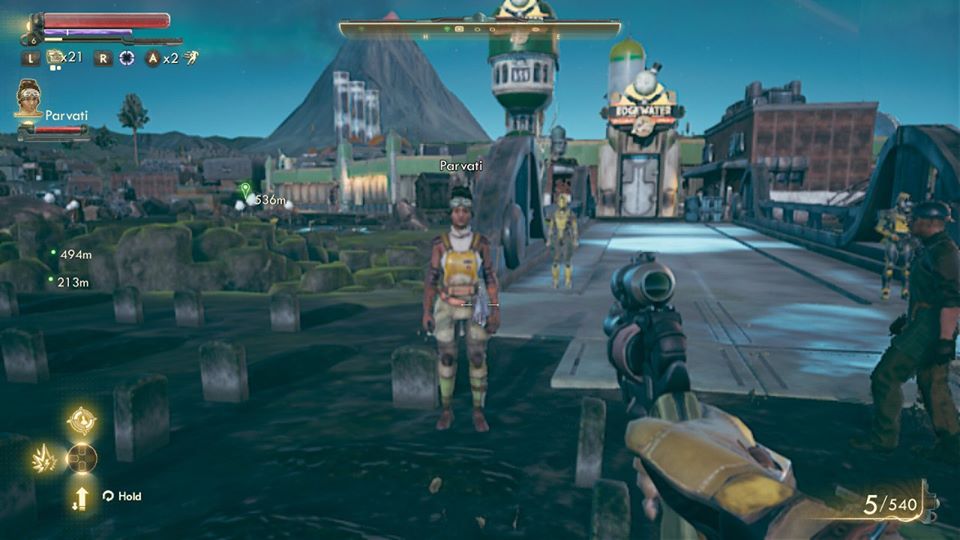 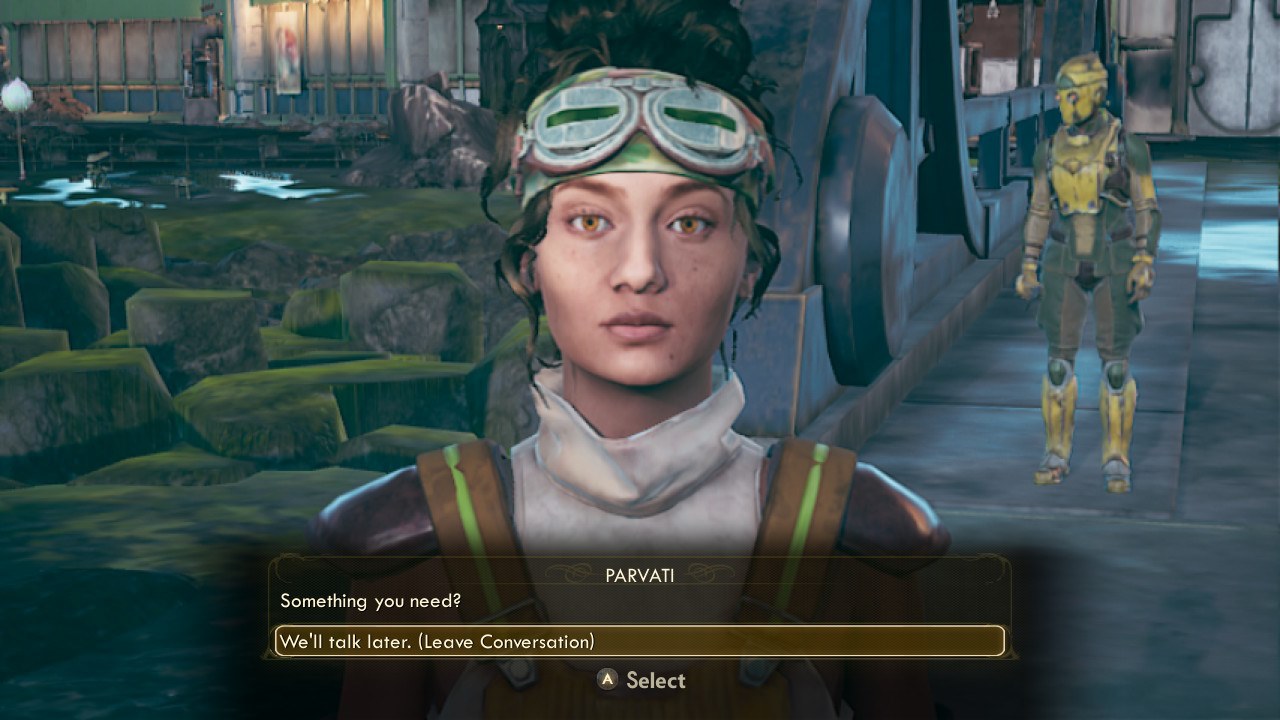 The transition in quality on character models

Despite what you give up visually, The Outer Worlds is extremely playable on Nintendo Switch. The game manages to run at a relatively steady 30 fps, with some drops during combat and scenes with large numbers of characters in the same room. I rarely felt notably disadvantaged by the frame rate, however far it falls from the perfectly smooth 60 fps I’m used to from the PC version of the game. That’s the tradeoff with the Switch, though: You get to play the game wherever you’d like, but it’s never going to look as good as it does on other systems.

The Switch version brings another slight benefit as well: gyroscopic aiming, which means you get to use the motion control of the Joy-Cons to aim your weapons. While the other console versions rely on a healthy dose of auto-aim, the Switch layers in the ability to make slight aiming adjustments by tilting the Joy-Cons. This works in handheld and docked modes, as long as you’re using the Joy-Cons or a Switch Pro Controller. The gyroscopic aiming even lets you specify whether you want it on all the time, or just when you’re aiming down-sights. I went with the latter option and found the extra precision to be tremendously useful when lining up longer-range shots.

It helps if you don’t directly compare The Outer Worlds on Nintendo Switch to how it looks and runs on other systems. But this release is a perfectly playable — and now portable — version of one of the best games of last year.

The Outer Worlds will be released on June 5 on Nintendo Switch. It is also available on Windows PC, Xbox One, and PlayStation 4. Impressions were based off of final “retail” Switch download code provided by Private Division. You can find additional information about Polygon’s ethics policy here.