Learn all about the Gek, Korvax, Vy'keen and their gibberish languages

You might not be able to play No Man’s Sky with your friends, but that doesn’t mean you’re alone in the universe. The worlds of No Man’s Sky are populated by alien races that you’ll interact with constantly through trade and conversations.

In this guide, we’ll walk you through how to learn the local languages and introduce you to the alien races you’ll be meeting.

Knowledge Stones are your first introduction to the local language — which is determined by which aliens run the solar system. You’ll encounter Knowledge Stones randomly any time you’re exploring a planet’s surface. Each stone will teach you a new word.

Alien Artifacts are the cultural leavings of the local race. You’ll find Plaques, Ruins and Monoliths in your travels or after searching for them at Signal Scanners. Plaques and Ruins will give you a little lore from the history of the locals and a new word or two. Monoliths, on the other hand, require you to apply the words you’ve learned and some guesswork to answer a pop quiz. A correct answer will earn you improved standing with the locals, a new word, a Trade Commodity, a health recharge and a word of the Atlas language. 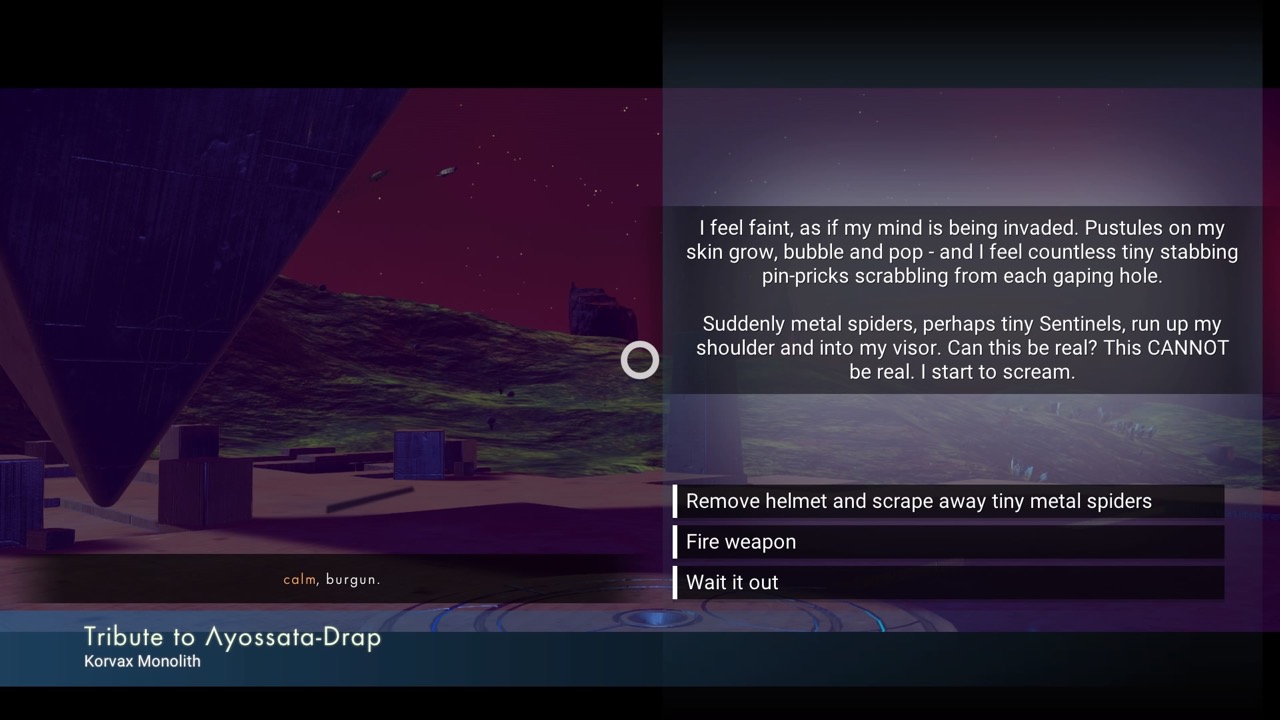 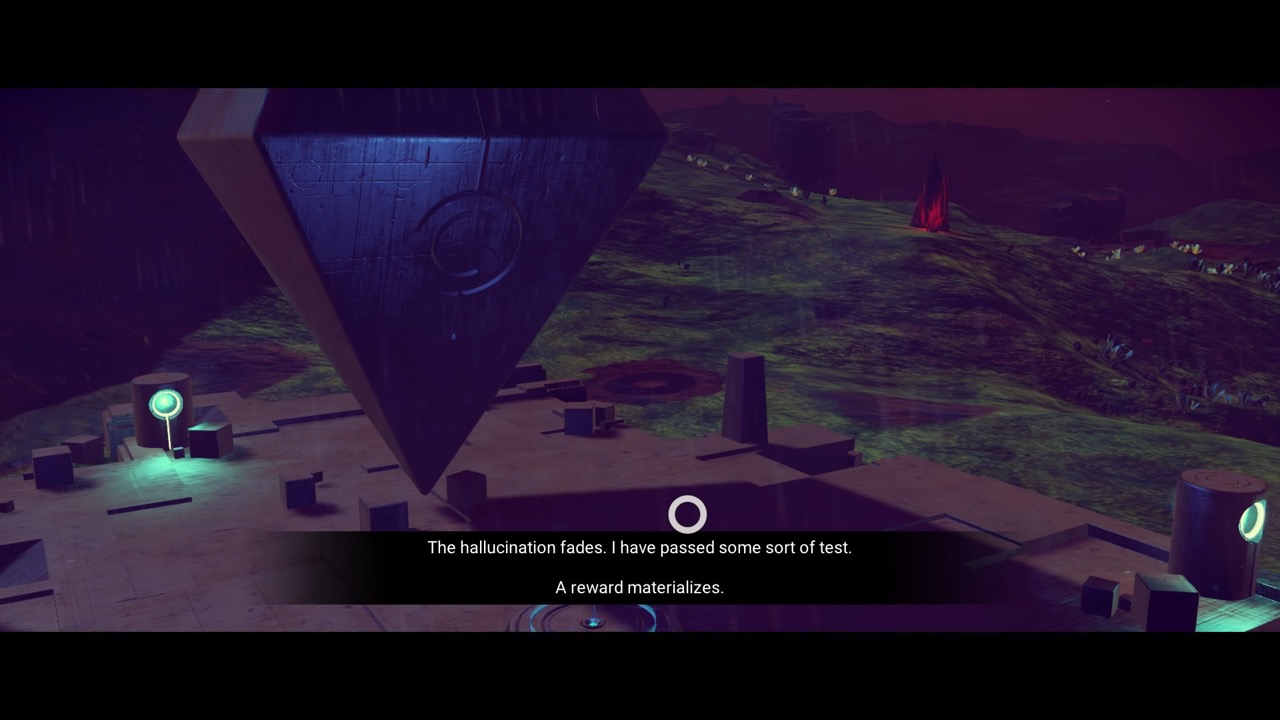 An incorrect answer will usually result in you taking damage and your standing with the locals taking a hit. 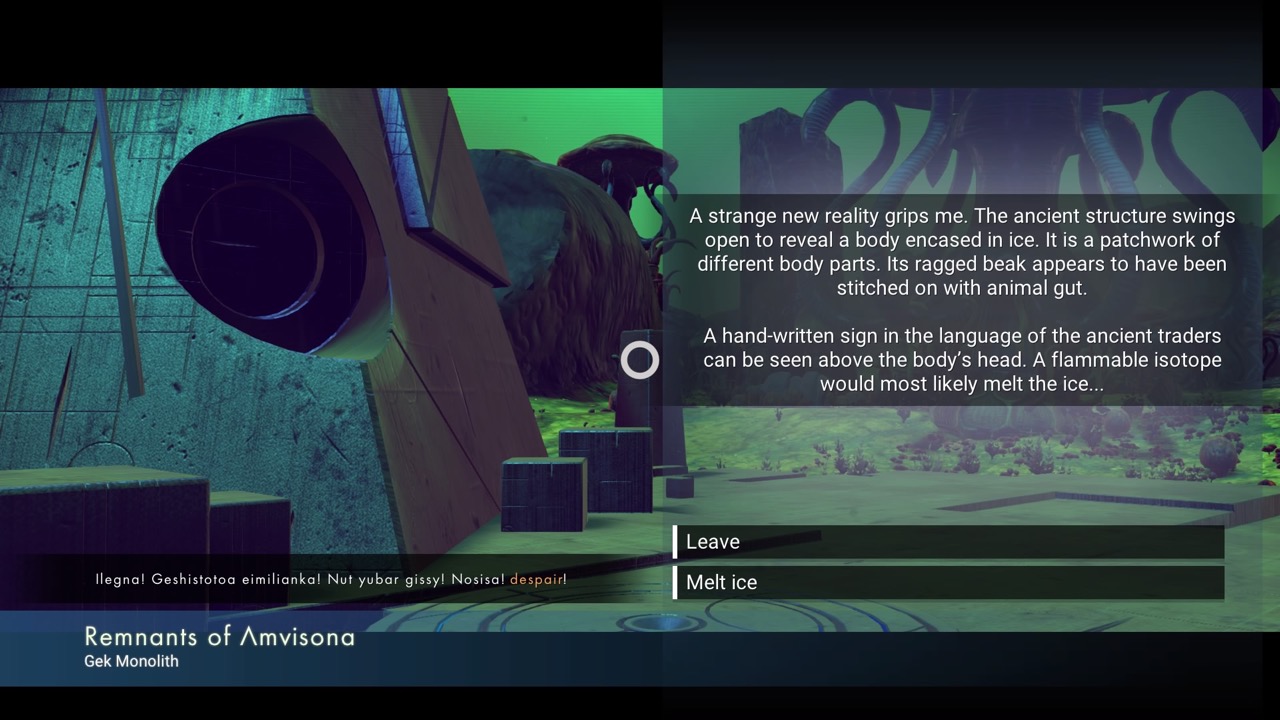 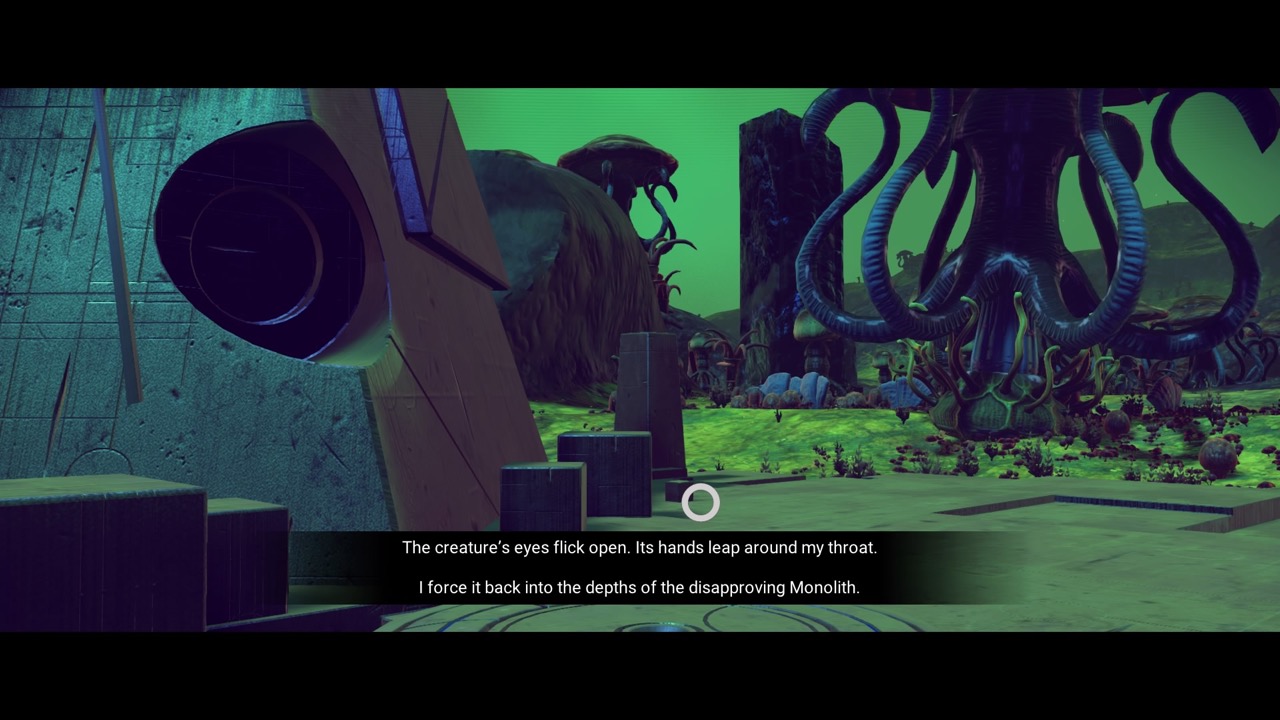 Many of the space stations and buildings you find will be manned — er, personned? beinged? — by an alien of the local race. Like the Monoliths above, you’ll need to use your knowledge of their language to have a successful interaction. If you answer correctly or give them what they need, they’ll reward you with a word, blueprint or Trade Commodity and your standing will increase. Choosing poorly will damage your standing with the race.

Often, your knowledge of the local language won’t extend much beyond please, thank you, and "Where is the library?" In these cases, you can attempt to use context clues and the knowledge you’ve gained about the race — some of which we’ll explore below — to suss out what to do.

Each alien race in No Man's Sky has its own personality. In this section, we’ll tell you all about them.

The Gek are a diminutive reptile-like race that punctuate their communication with aromas. While their lore paints them as a war-like race, most of your interactions with them will be about trade and money. If this were Star Trek, they’d follow the Ferengi Rules of Acquisition. In other words, you’re usually safe just assuming the Gek are asking for money or rare resources.

The members of the Korvax Convergence are the Daft Punk cosplayers of the No Man’s Sky universe. They are a race of artificial beings that value knowledge and learning above almost anything else. They are also a little smug in their opinion of themselves versus the other races. During your interactions, they’ll usually ask for information — or for you to tell them that they’re better than you.

The Vy’keen is a warrior race with a strong sense of honor and duty. Most of your interactions with them will be based on checking out your Multi-Tool or testing your moral fiber. When in doubt, ask yourself, "What would a Klingon do?" The answer is usually going to be something like "Don’t abandon your post," "Help is for the weak," "The Vy’keen would win in a fight" or "Shoot it."

If you're just looking for a quick reference guide to locations— like where you can save and trade — we've got you covered, too.