How to make millions in No Man's Sky's Galactic Trade market

Share All sharing options for: How to make millions in No Man's Sky's Galactic Trade market

Playing the Galactic Trade market can be a good way to make units fast, but you have to have a plan. In this guide, we'll teach you how to trade at Galactic Trade terminals, where to find them and how to get rich when you get there.

That each solar system in No Man's Sky has its own economy sounds a lot more intimidating than it actually is. What this means in terms of gameplay is that every item you can buy or sell in any system will vary by a few percent above or below the galactic average. A couple items per system, though, will be marked up by nearly 100 percent. These are the items to focus on if your goal is to make money. 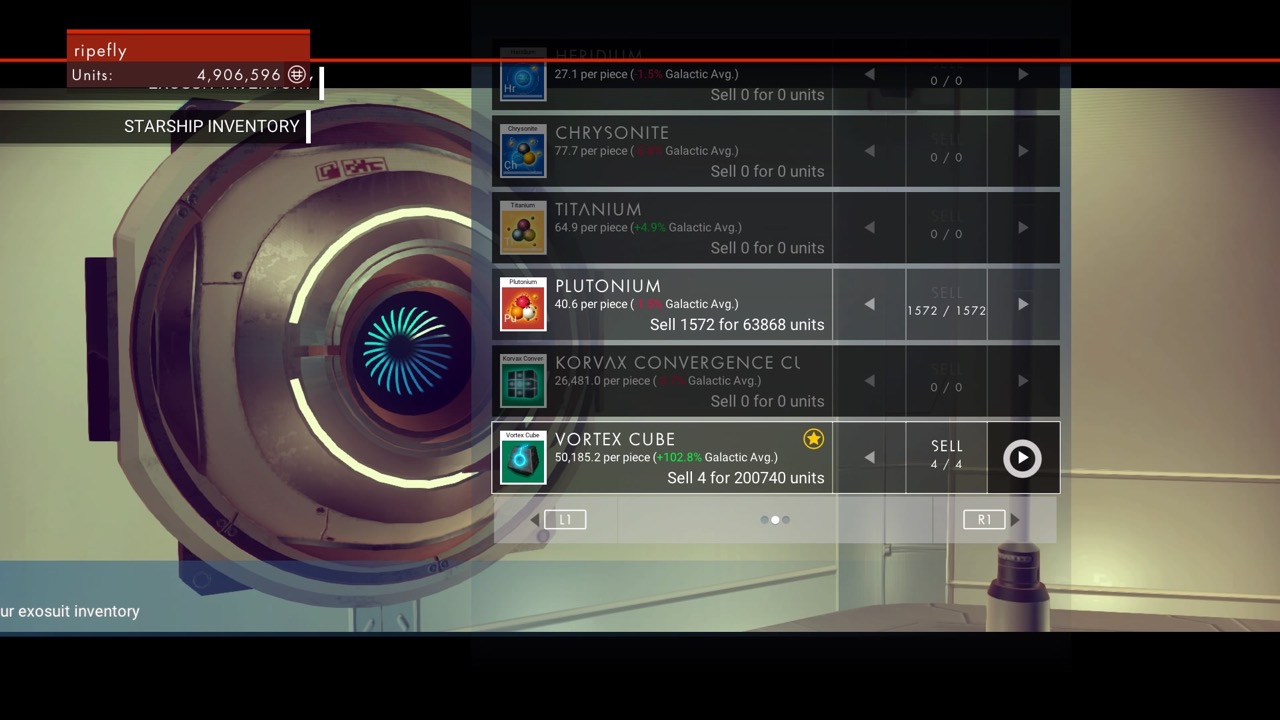 There's a lot of information in each of the rows in a trade dialog, so let's break it down.

You'll notice that some of the items are grayed out. These are items that either you or the market don't have available to sell.

Below the name of the item, you'll see the current price followed by the difference from the galactic average selling price in parentheses after it. In the image above, for example, you can sell Plutonium for 40.6 units per piece which is 1.5 percent less than the galactic average.

How to find Galactic Trade terminals

There are four locations where you can find Galactic Trade terminals. On planets, you can find them freestanding. These will just be out in the middle of nowhere with a save point and a few crates. There's always a terminal in an Outpost and at Trading Posts (the buildings that have landing pads attached). Finally, you can find them in Space Stations, which are the easiest to find and the most heavily trafficked. 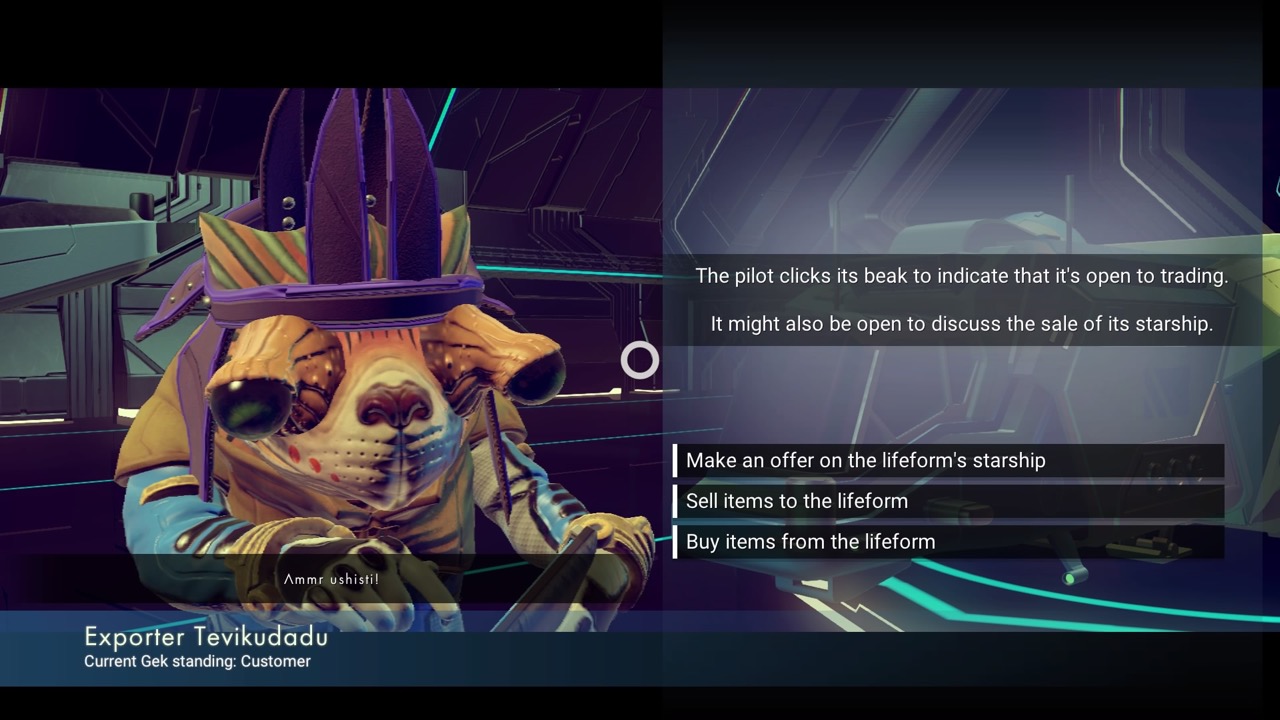 Aside from the official terminals, you can also trade with fellow space travelers. Anywhere a ship can land — landing pads at Outposts, Trade Posts and Space Stations — you can talk to the pilot. These pilots are often not affected by the local economy, so you can get goods for cheap and turn around and sell them nearby for a 100 percent profit.

How to play the market

Whenever you're not looking to buy something specific — such as the Dynamic Resonators you need for your Hyperdrive and its upgrades — you should be focused on the items with a star next to them. 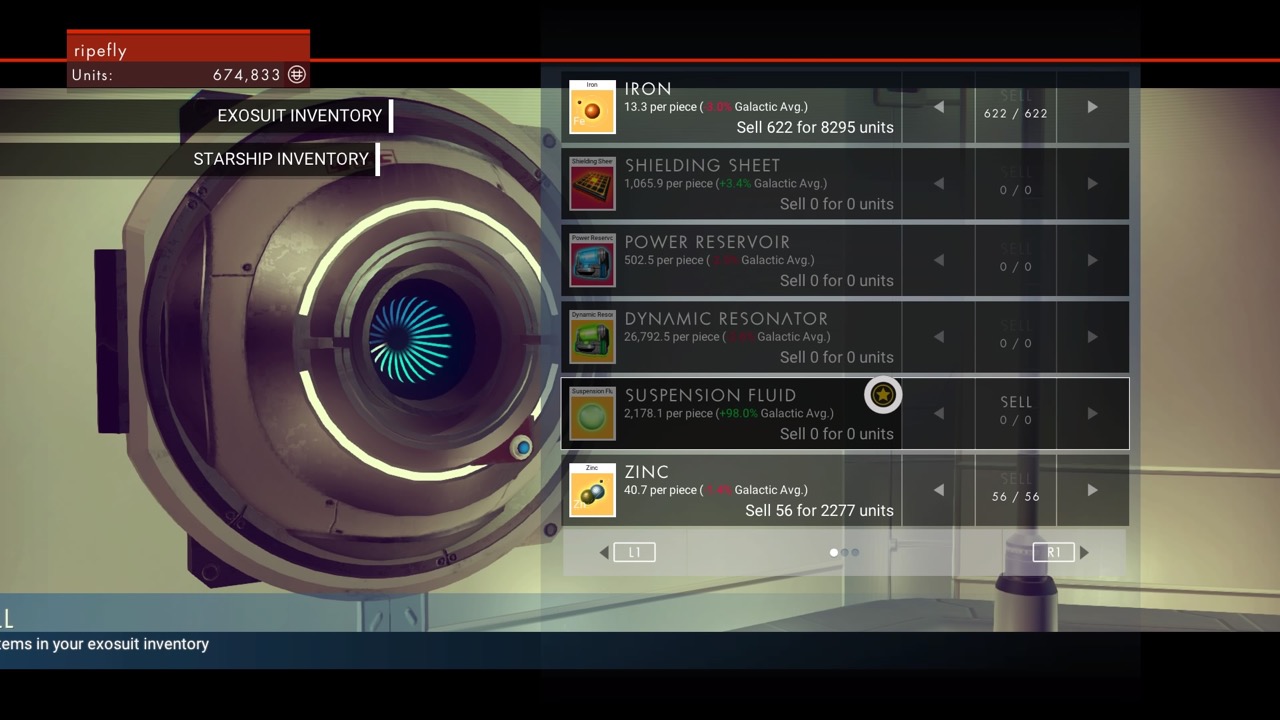 Basically, you can sell these items for twice what you paid if you bought them or twice what you'd get elsewhere if you made them from a Recipe. Below, you can see that this particular system is paying double for Suspension Fluid, a Warp Cell ingredient you can make with Carbon. In this case, we just went to the nearest planet that had trees, Paul Bunyuned our way across the surface until our inventory was full and then came back to turn a cool 200,000 unit profit from nothing but Carbon and just a few minutes of work. 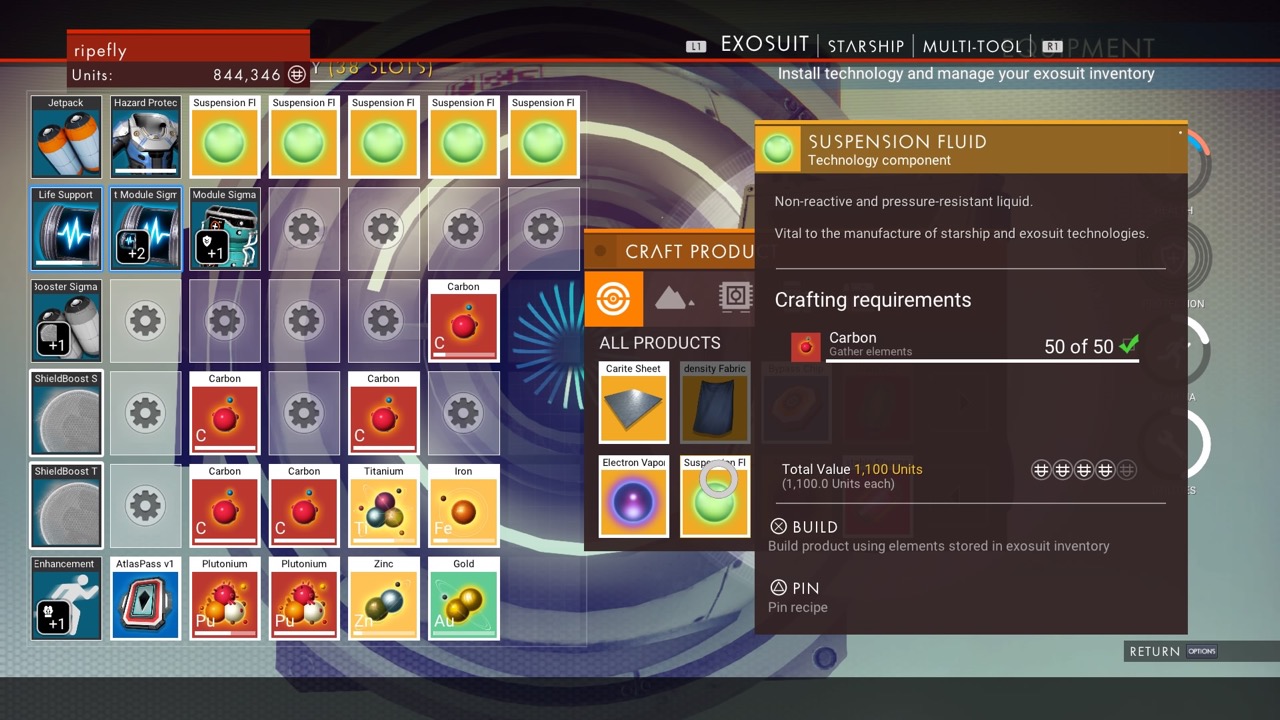 For manufactured goods and other high-value items, find a system that has placed a premium on a high-value, easily obtained good, like a Dynamic Resonator. 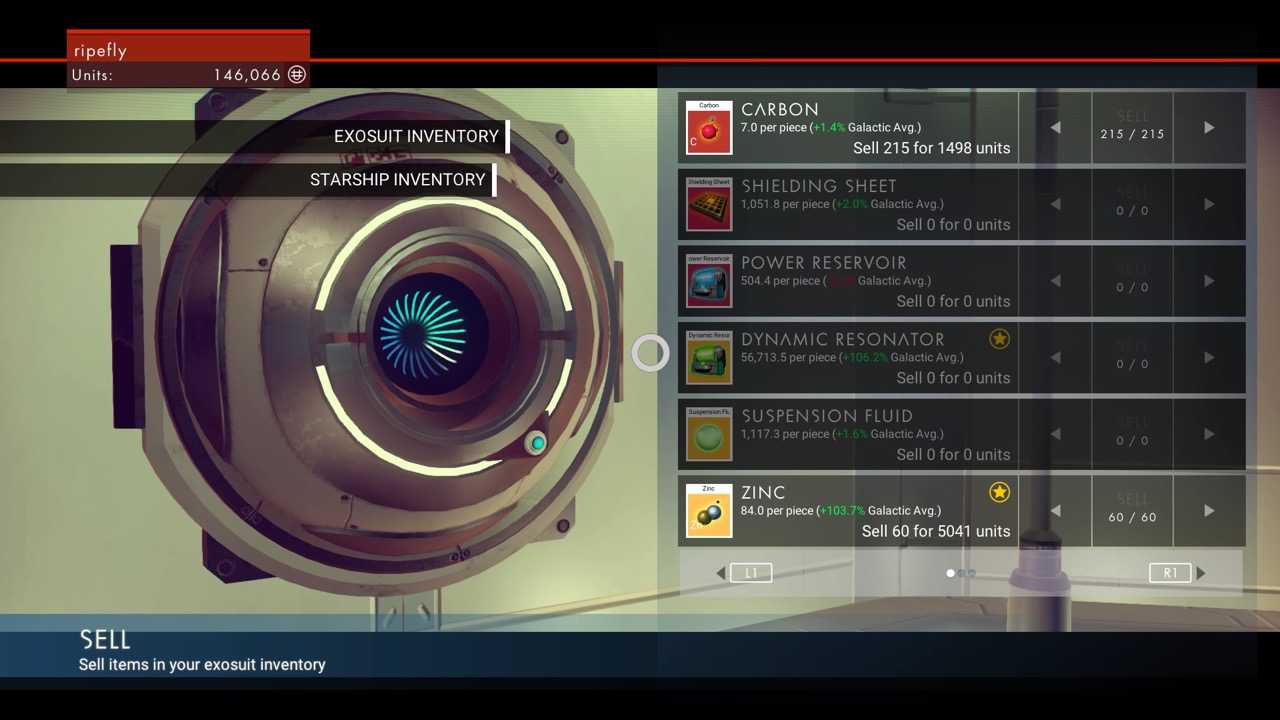 For this one, we hung out in the hangar, buying all the Resonators we could carry from incoming pilots for about 30,000 units and then turning around and selling them to the station for 60,000. This method turned 100,000 units into four million in about two hours. 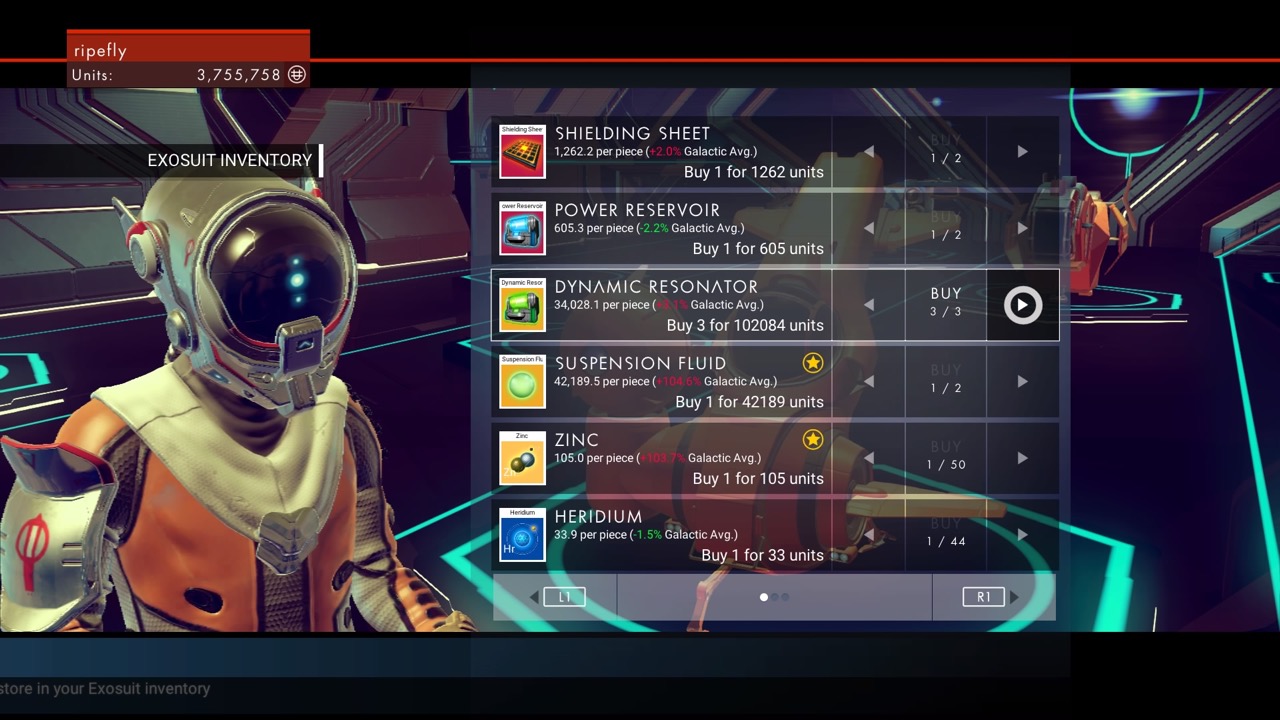 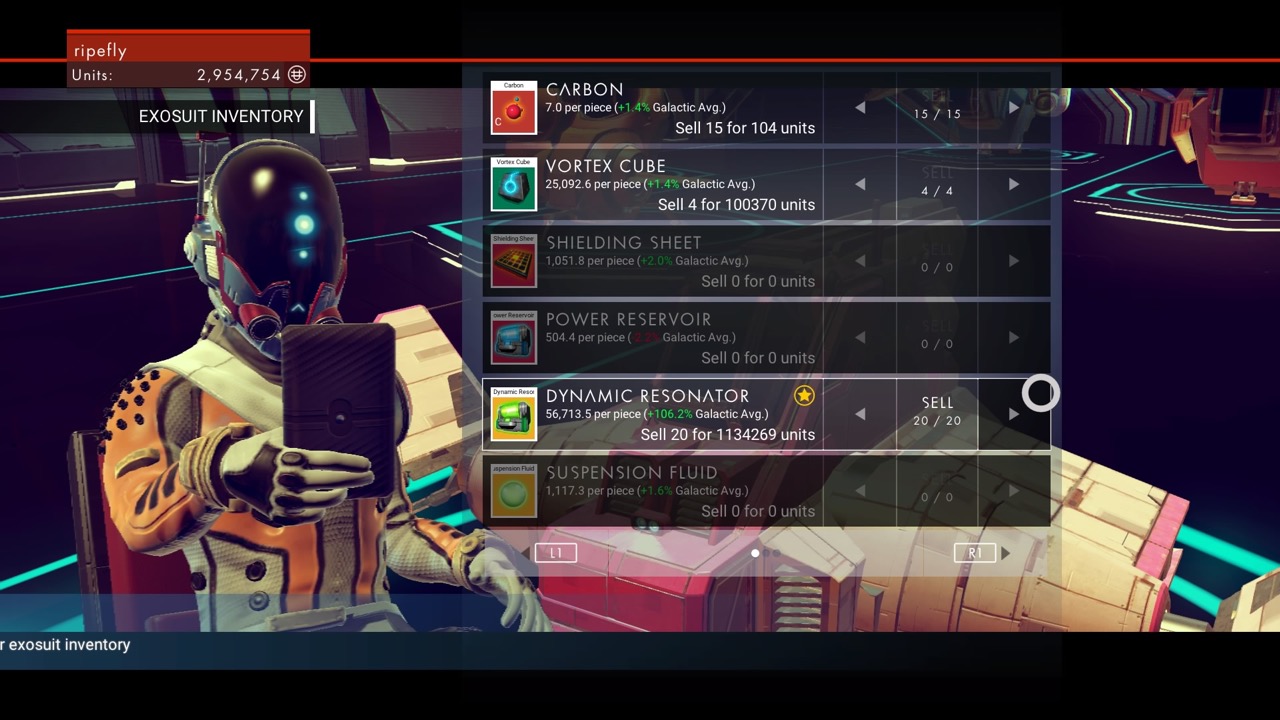 It's not the most enthralling gameplay experience, but it is safe and consistent. And when the ship you want costs 18 million units, it might just be worth it. 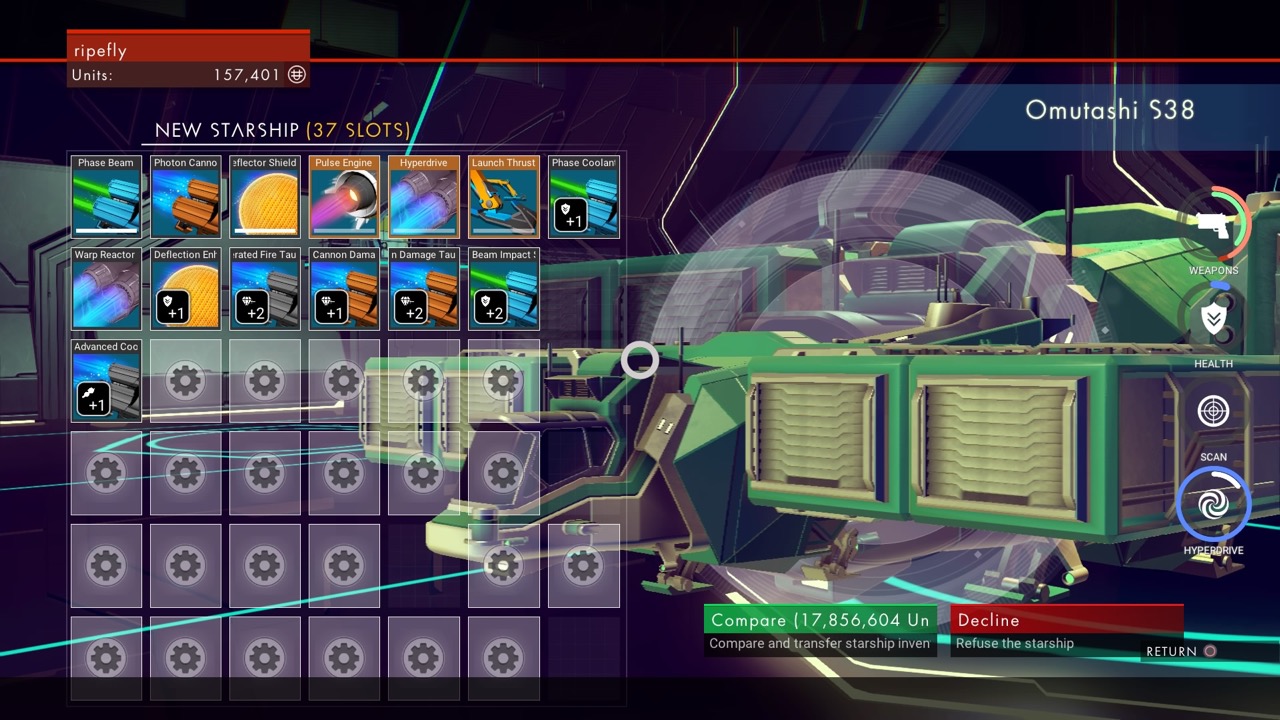