To Plutonium and beyond

Share All sharing options for: No Man's Sky resources guide

No Man's Sky has its own periodic table of elements that feels as expansive as the universe it comprises. Add to that all of the components, trade goods and baubles you find on your journeys, and the list gets overwhelming in a hurry. Luckily, the resources fall into broad categories of elements that can then be grouped by rarity.

In this guide, we'll break down those categories and introduce you to some of the elements and resources you'll be hauling around the universe. In each section, we'll show you examples of their uses and give you enough of an understanding of No Man's Sky's periodic table to make your 10th grade chemistry teacher proud. 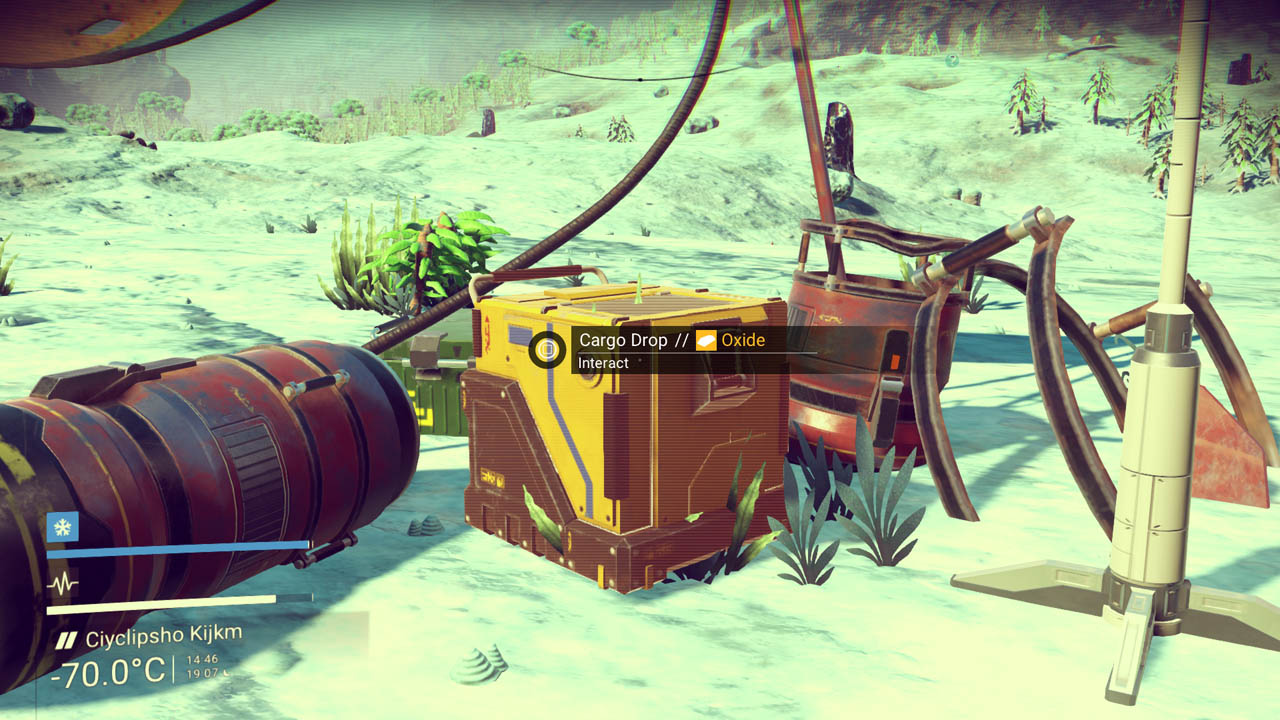 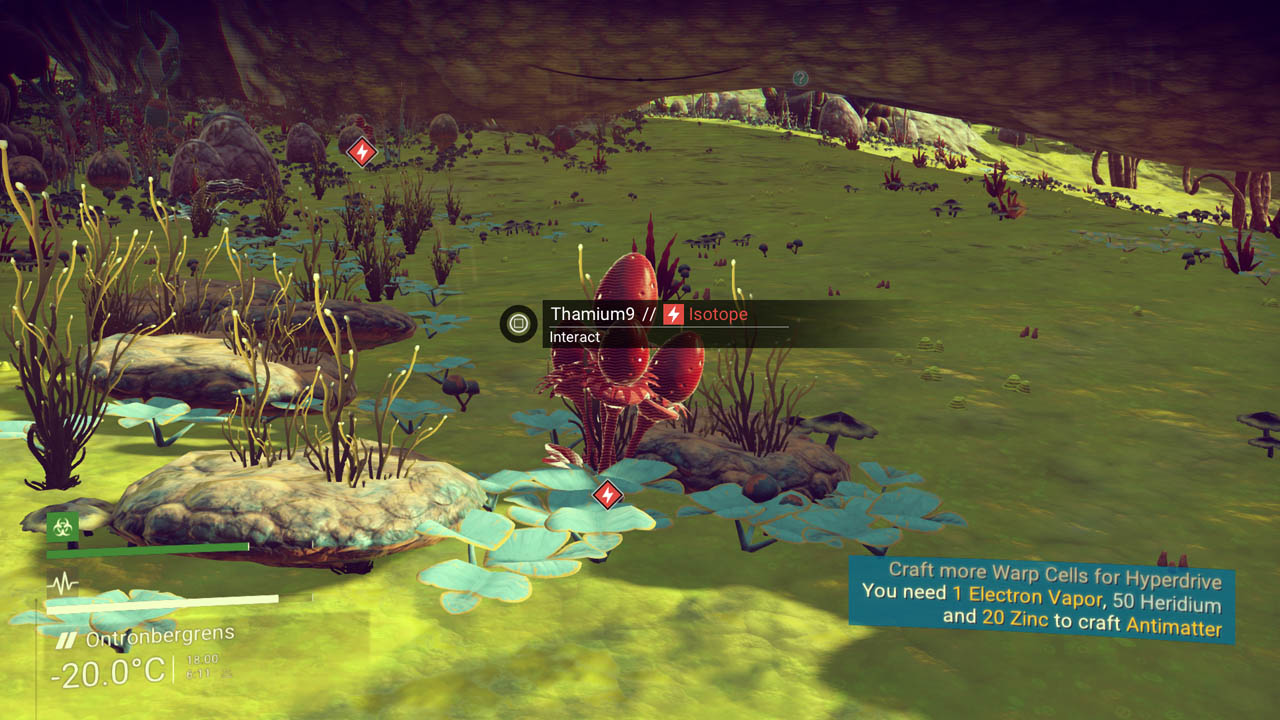 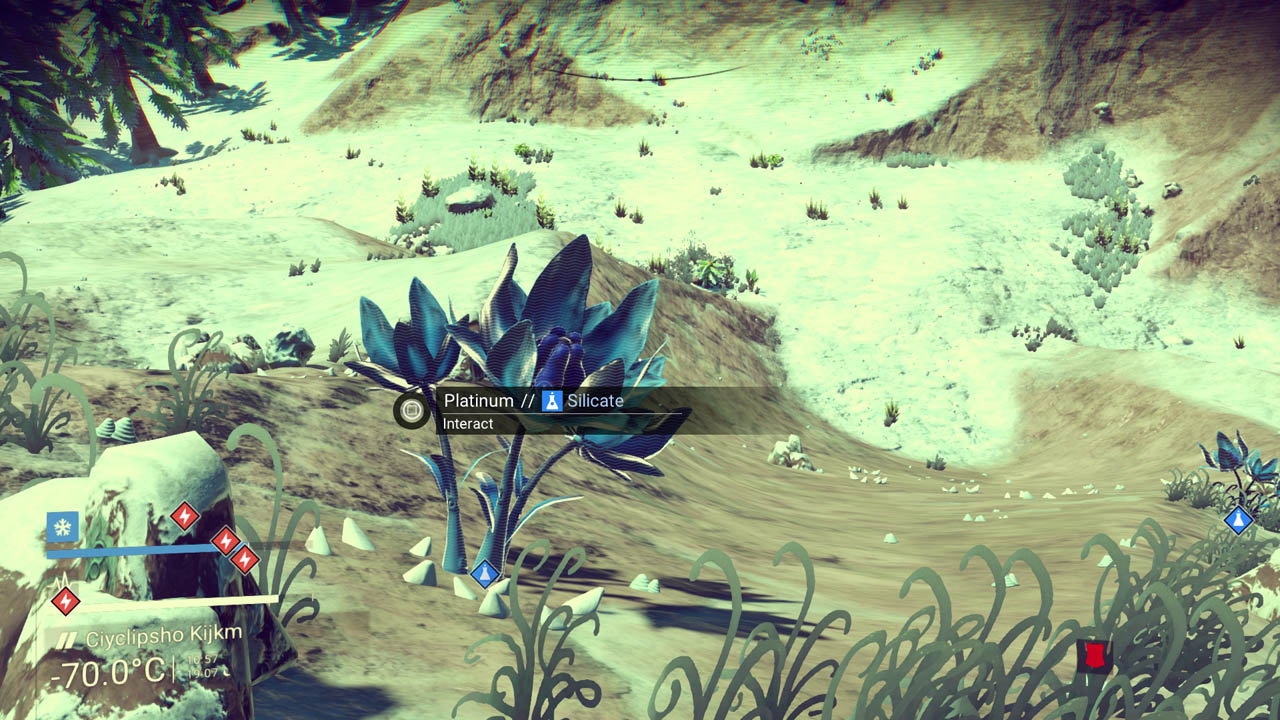 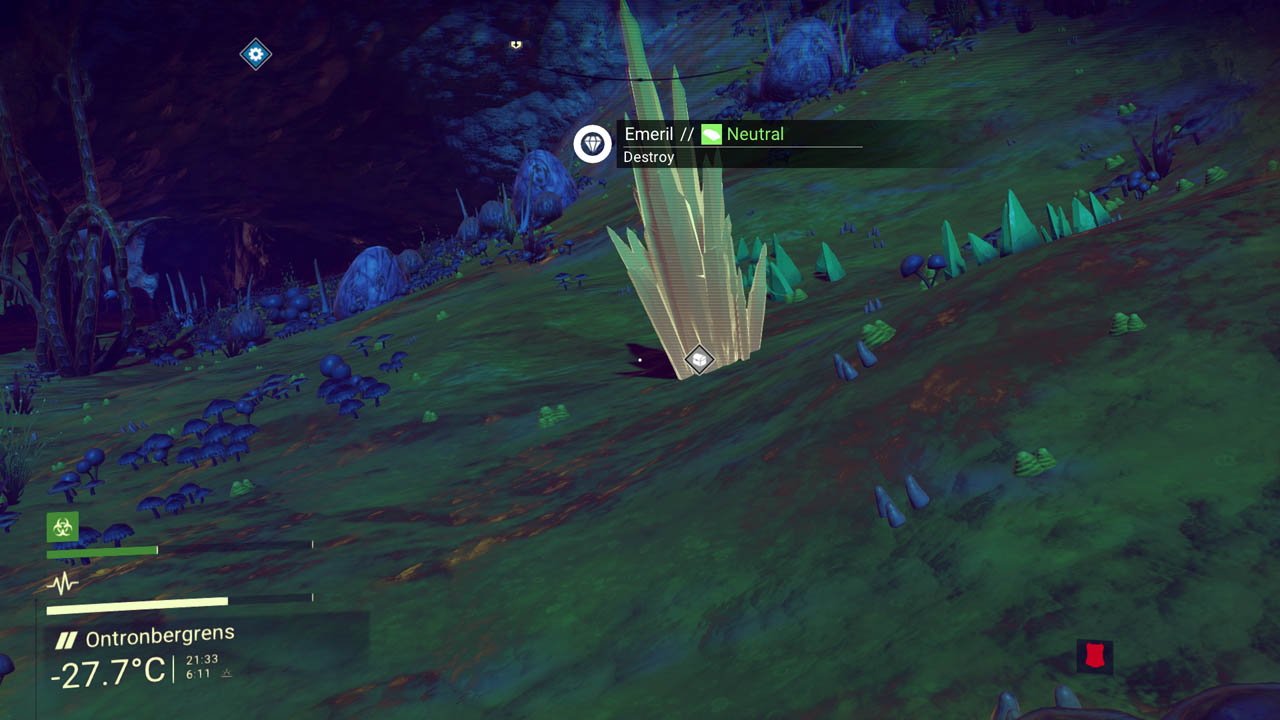 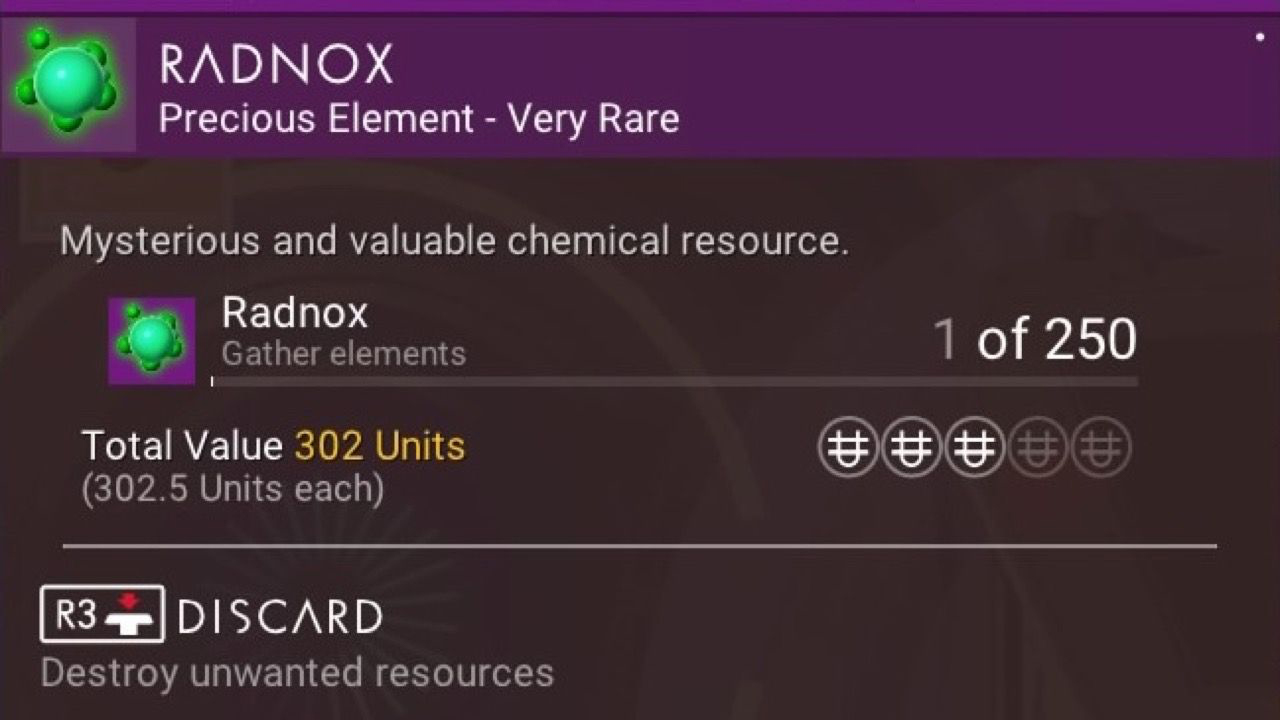 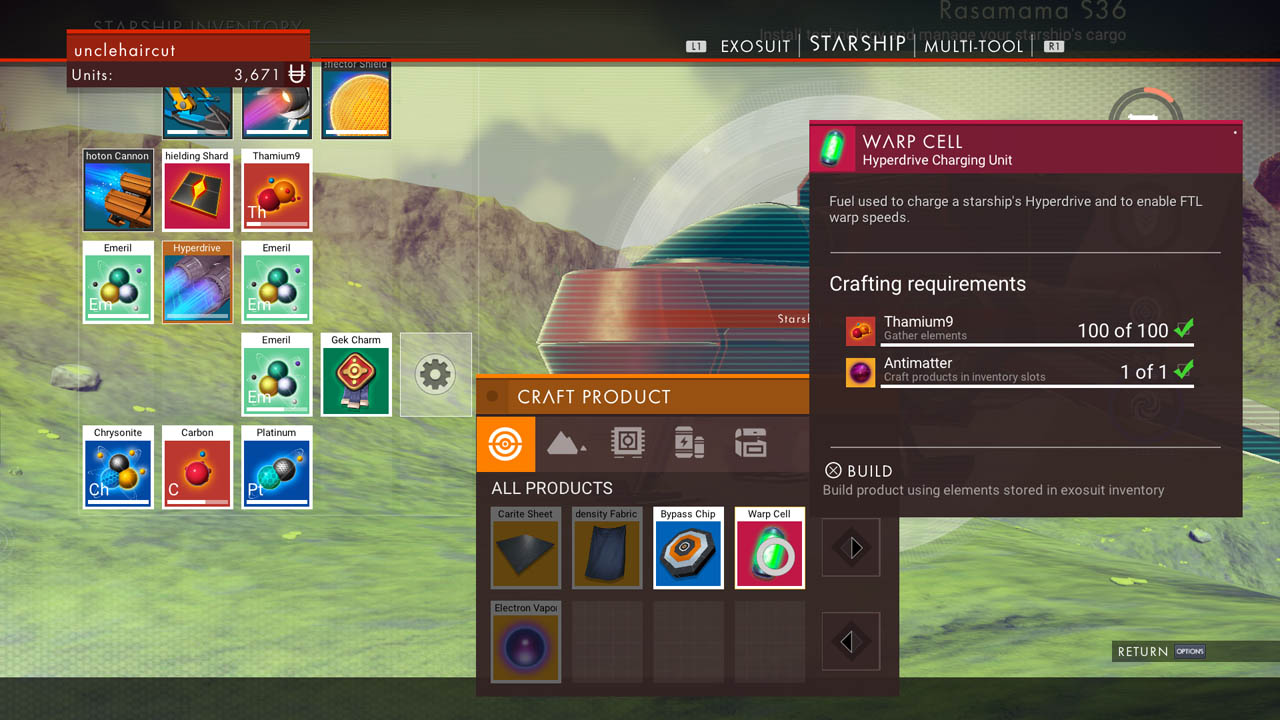 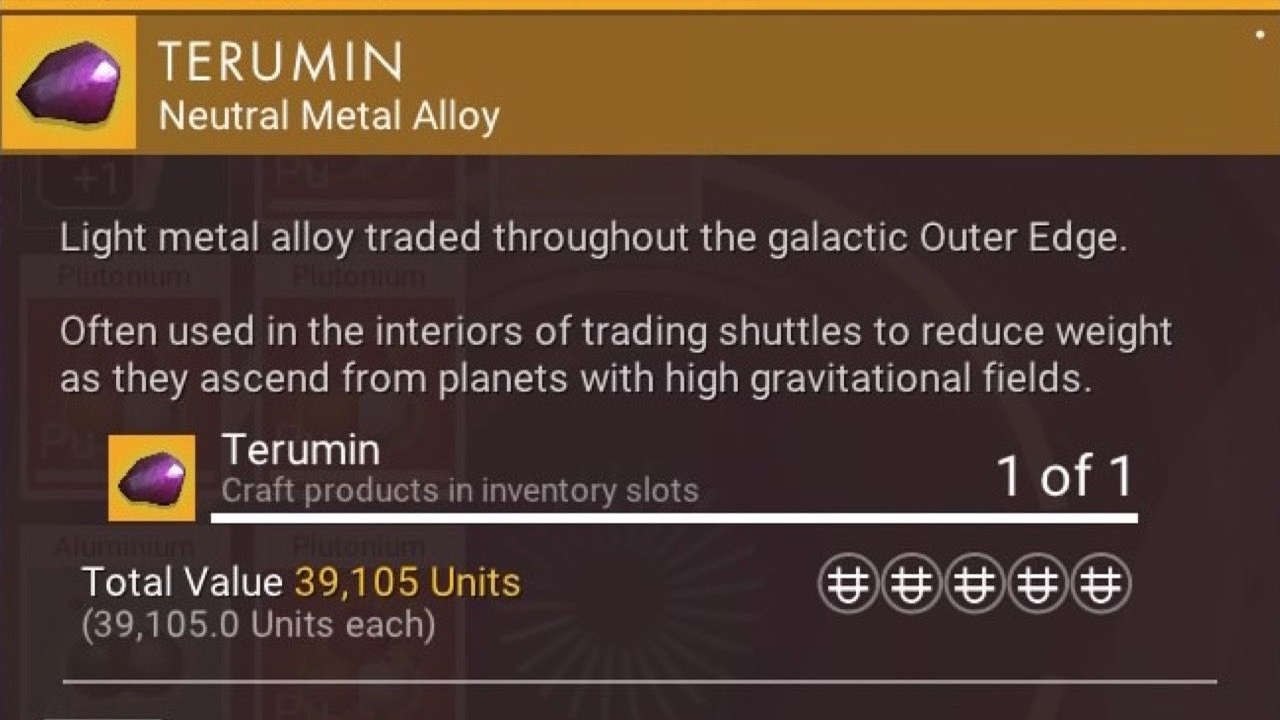 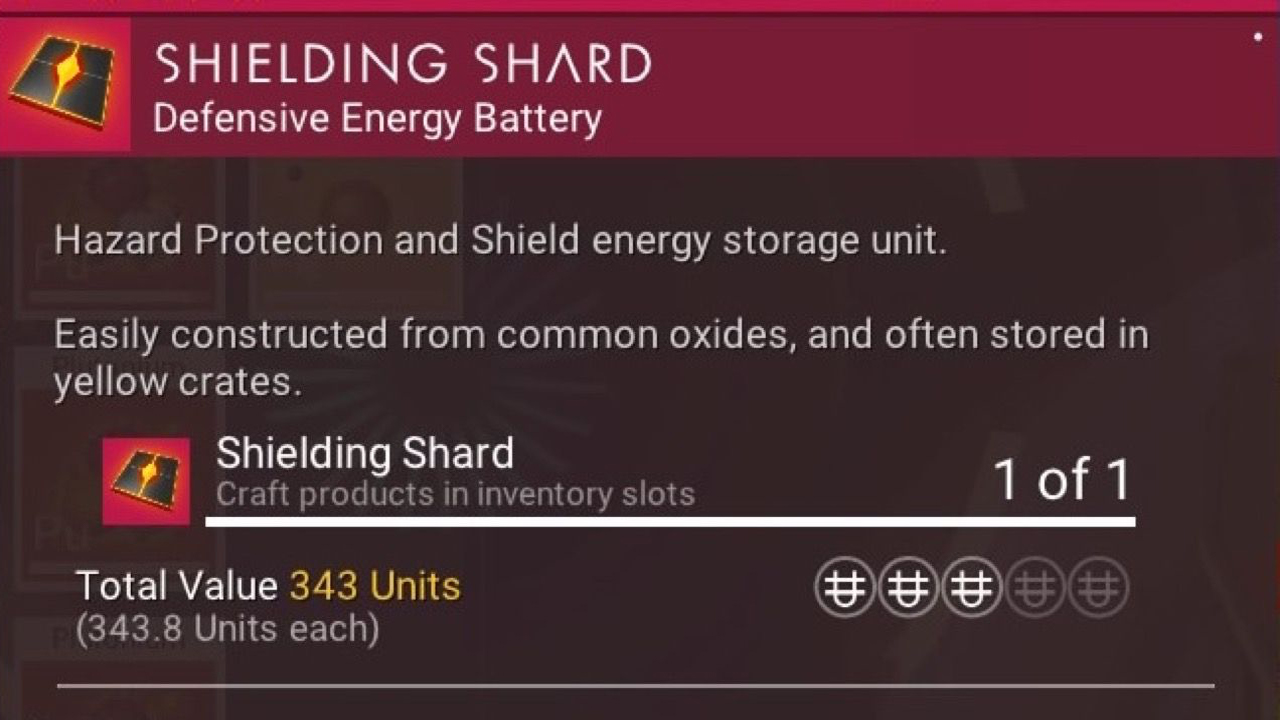 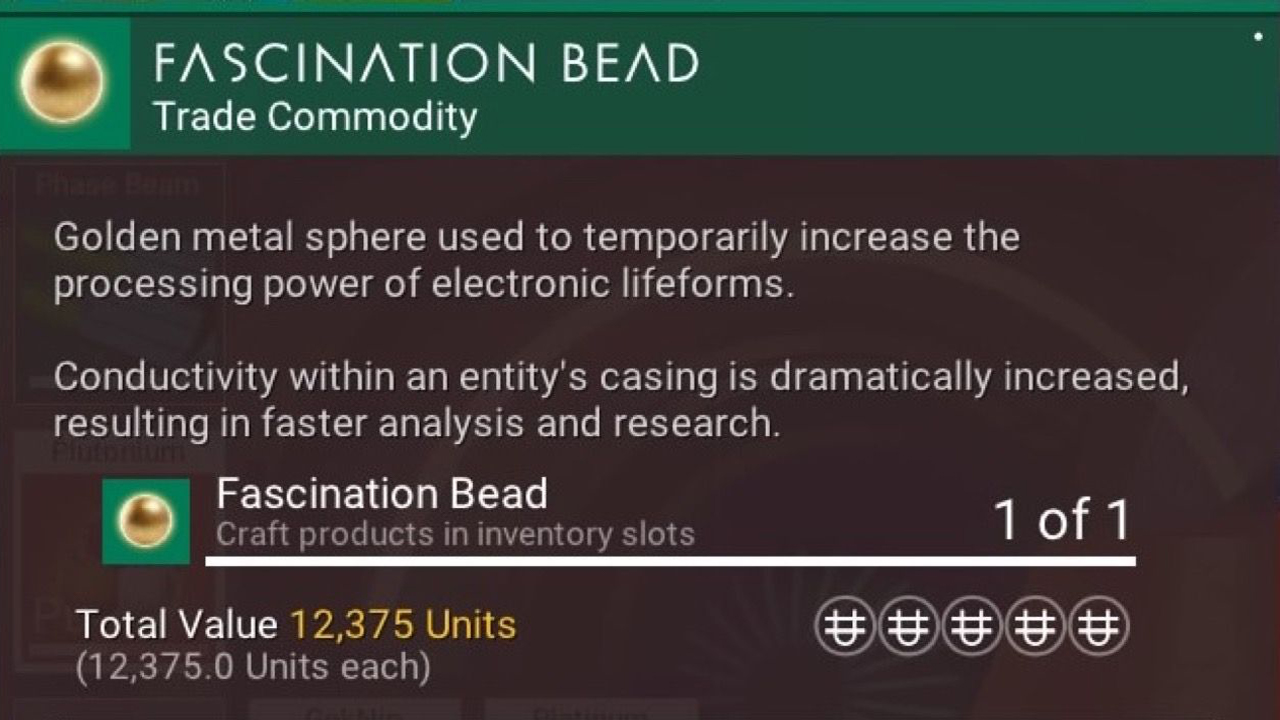 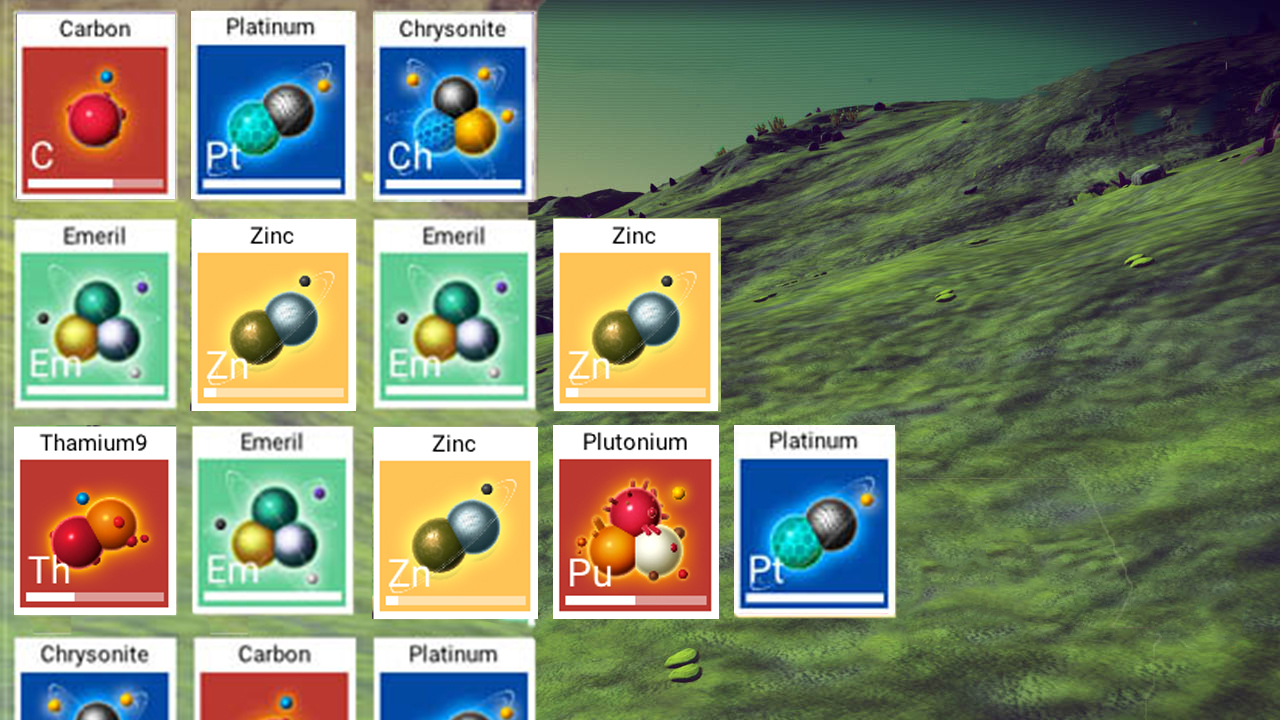 You will use Oxide elements in the creation of almost everything. Defensive technologies like your Exosuit and Starship shields use Oxides as fuel.

Iron and Zinc are the first Oxides — and among the first elements — you'll encounter in No Man's Sky. Iron is in just about every rock you find on every planet and the occasional giant, potato-shaped asteroid. You'll find Zinc in yellow flowers. 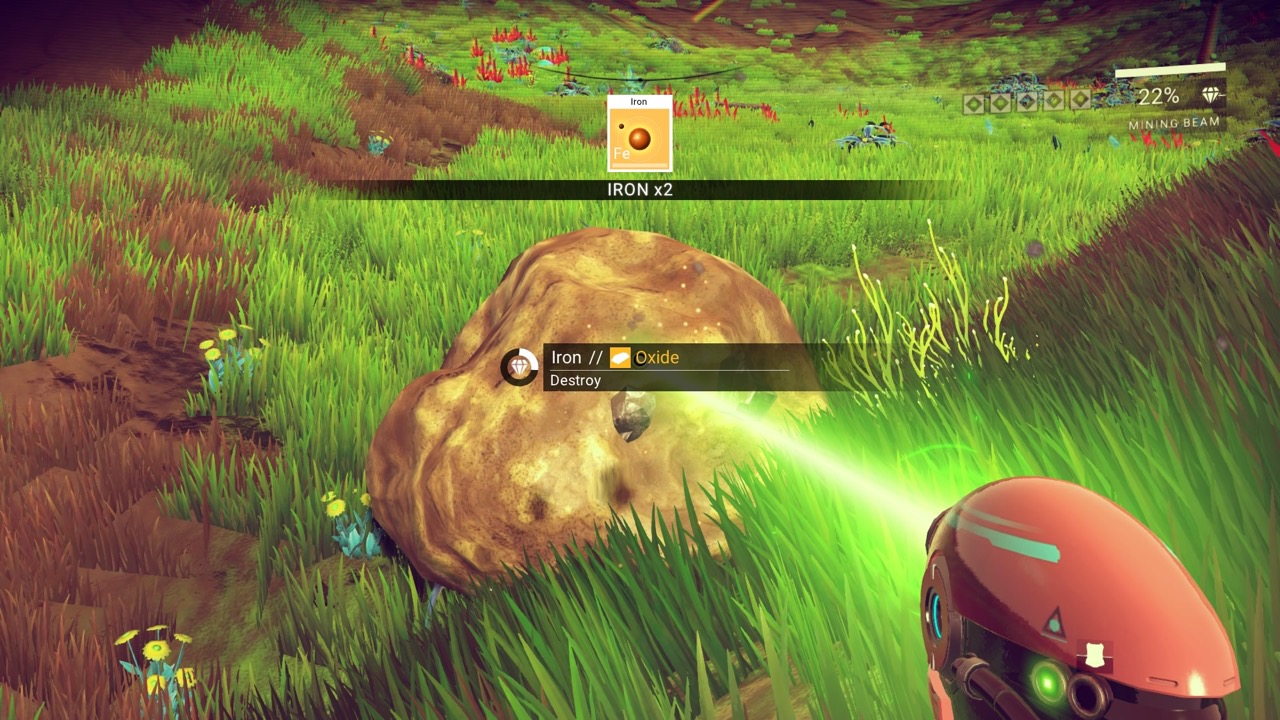 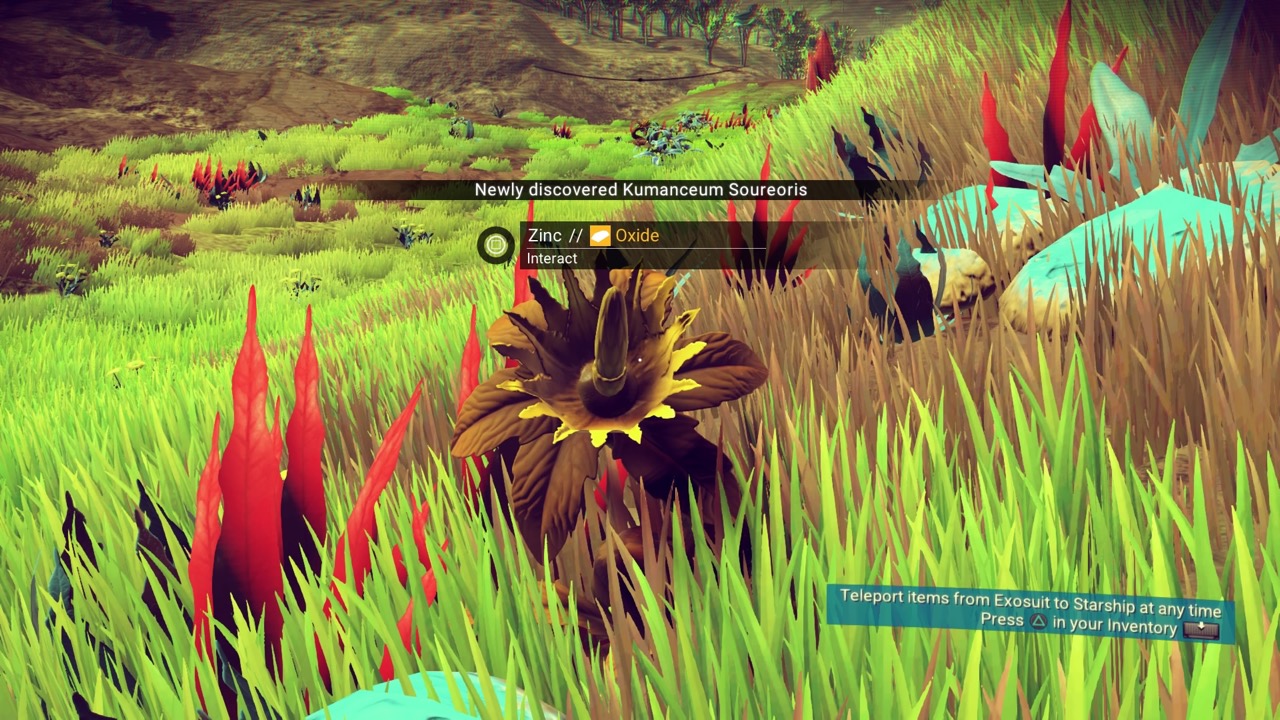 The universe runs on Isotope elements. They fuel everything from your ship's engines to your Mining Beam. Carbon, Plutonium and Thamium9 are all Isotope elements. Harvest Carbon from most plants and animals you see on planets. You'll find Thamium9 in red flowers on plants or in nearly every asteroid you see in space. You'll be able to harvest more powerful isotopes like Platinum from red crystals on planets' surfaces. 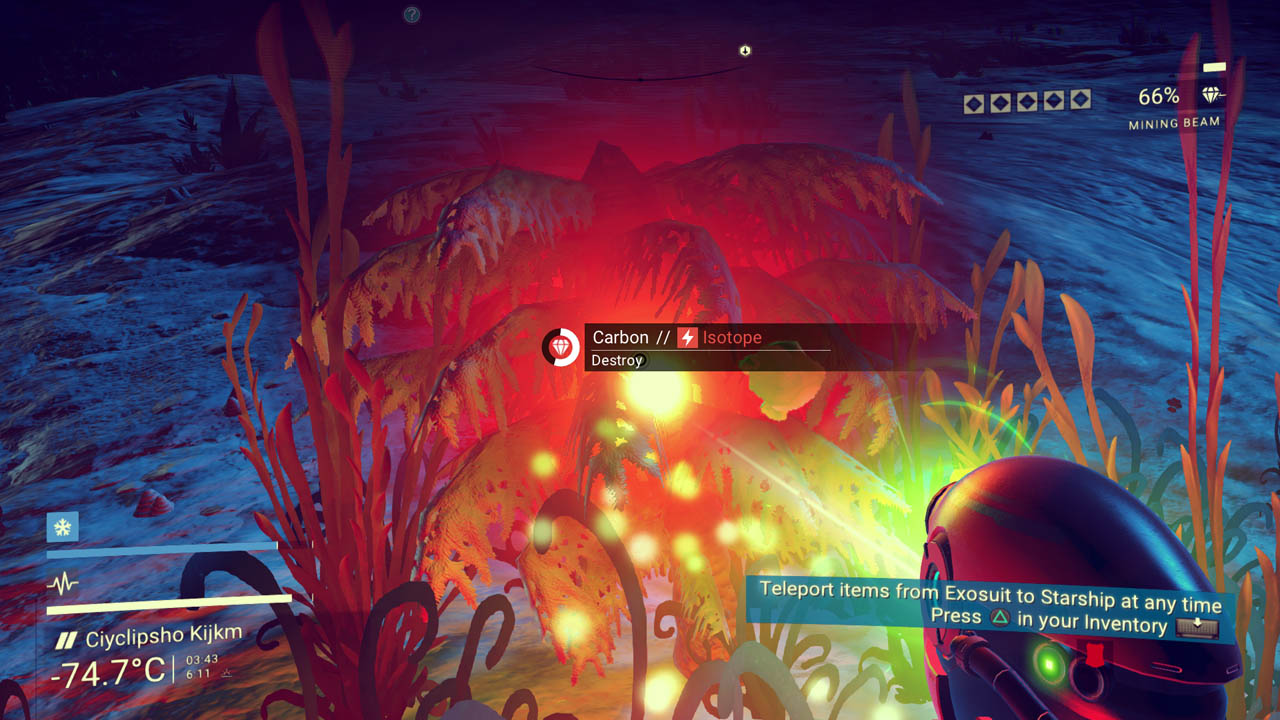 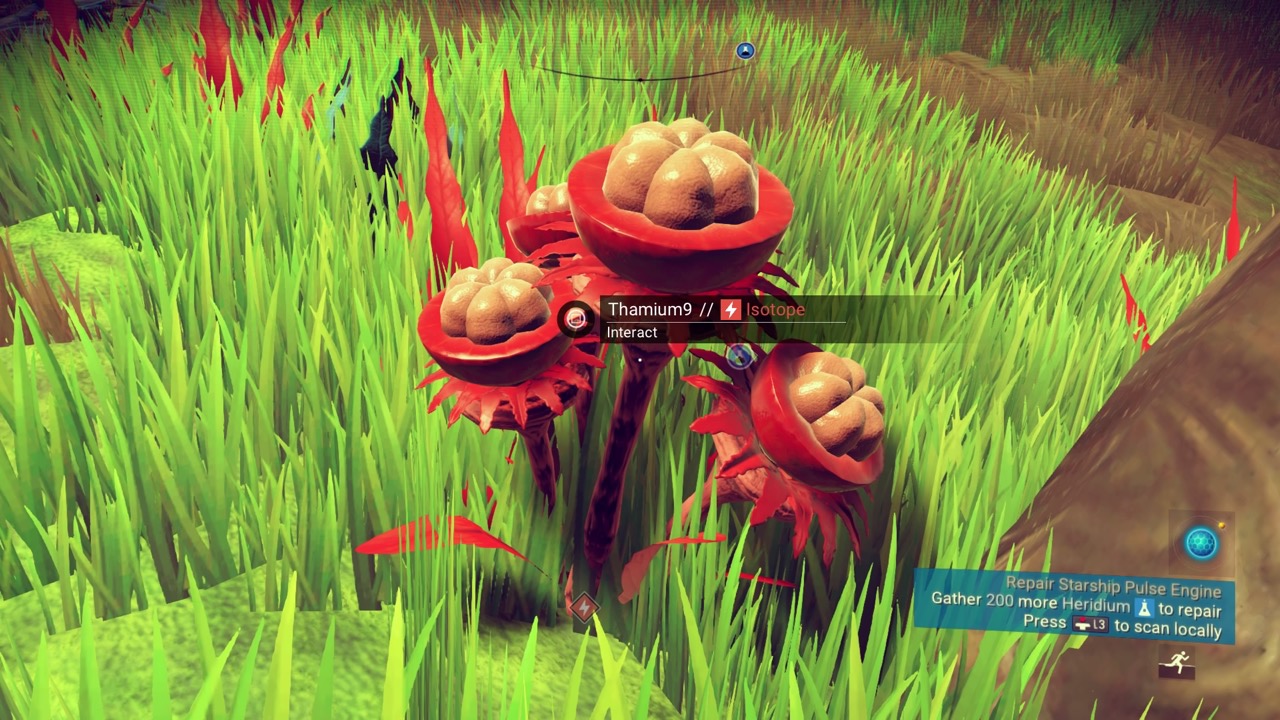 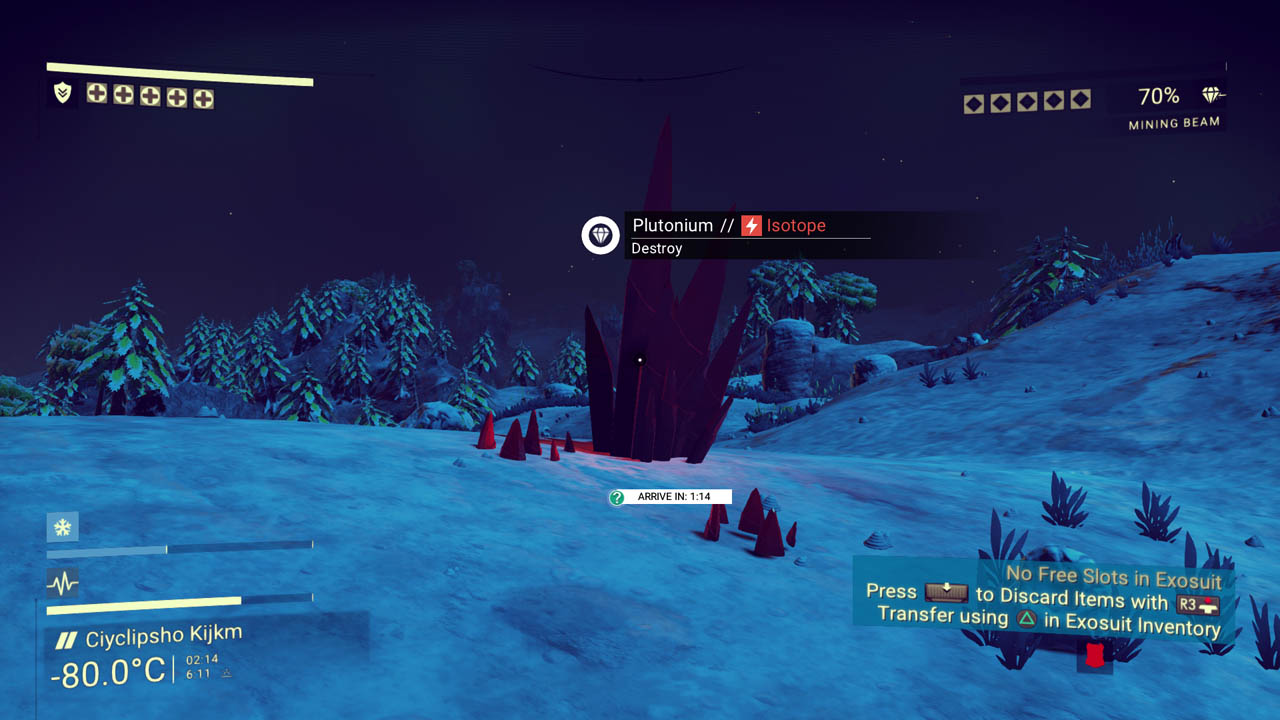 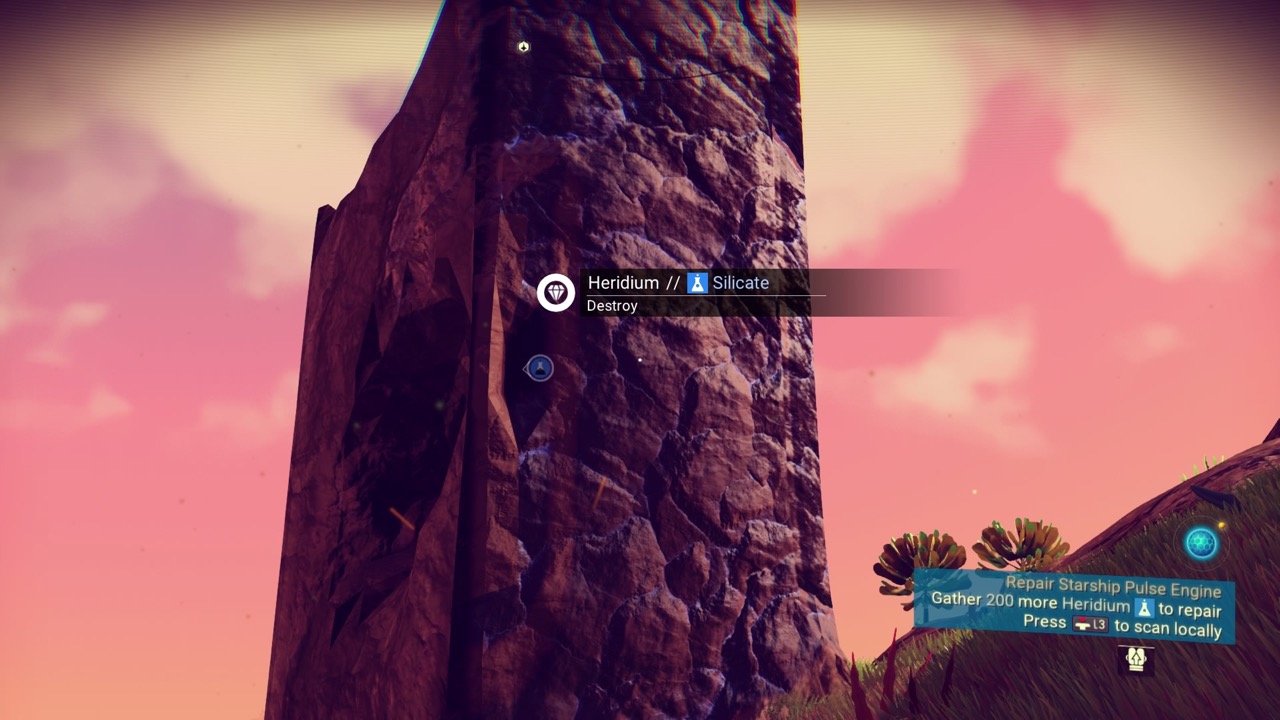 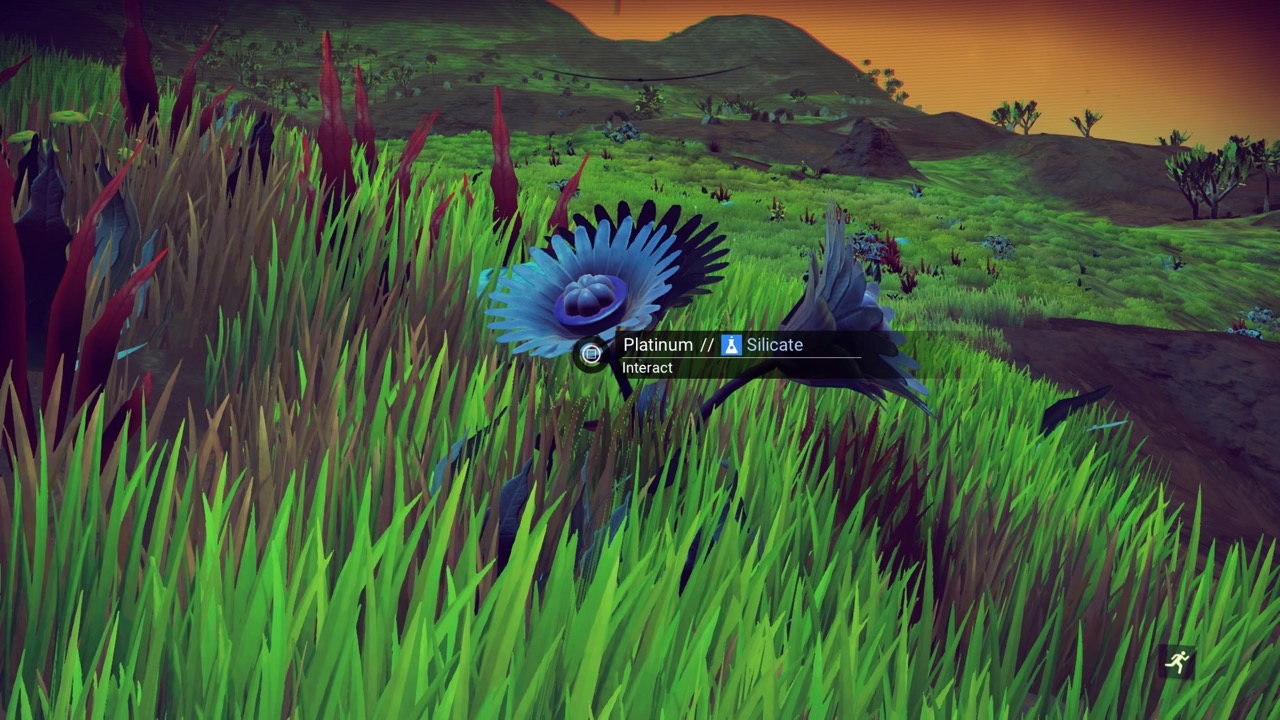 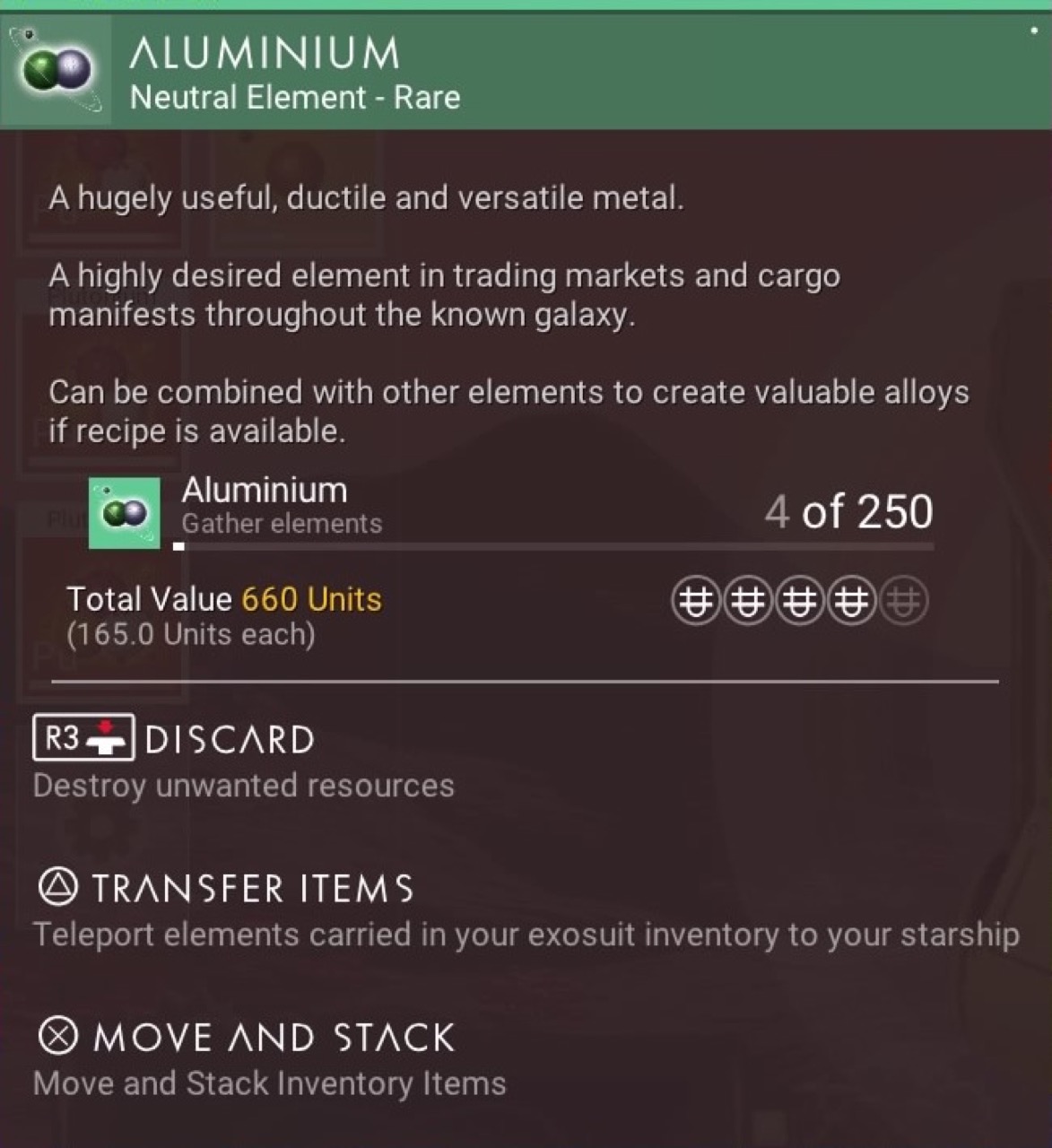 Early in the game, Neutral elements like Emeril (BAM!) and Nickel are good ways to earn easy units. Both Emeril and Nickel occur in large deposits on planets. Emeril is amber-colored and tends to be spherical, while Nickel occurs in silver-white arches, or black cylindrical towers.

Collecting precious elements is a great way to make money in the Galactic Trading market. These elements have a purple icon in your inventory and, if you are lucky enough to find them, a purple diamond icon on your HUD. If you befriend animals by feeding them, they will occasionally bring you gifts of Precious elements.

The most common way you'll come into possession of Precious elements like Calium and Radnox is by buying them through the Galactic Trade terminals.

These components go into repairing abandoned ships, building Companion Units or crafting your own Warp Cells from scratch. You start the game knowing Recipes for Technology Components like Microdensity Fabric and Bypass Chips and will learn more Recipes throughout your adventures.

Alloys are valuable metals that you can craft from raw, Neutral elements. During your travels, you'll learn Alloy Recipes that will help you earn money in the Galactic Trade and give you access to better and more powerful Component Units.

Energy Sources are dedicated batteries for your technology.Shield Shards and Plates, for example, can be used to recharge the Shield in your suit or ship.

They'll turn up in chests, and you can craft them from Recipes.

Trade Commodities are alien artifacts and products that you can sell for a substantial price in the Galactic Trade market. Trade Commodity icons are green and their descriptions usually mention something about the race that created or uses them.

You can find them in neutral chests, like the long green box pictured below, that are typically found near waypoints. Early in the game, you'll find Trade Commodities like Gek Charms, Korvax Convergence Cubes and Vy'keen Daggers. A little later, you'll start to find the very valuable Atlas Stones.

You'll also receive them as a reward reward for successful interactions with alien races and Monoliths.

Now that you understand No Man's Sky's resources and how to use them, the table below can serve as a quick reference as you explore the galaxy.