Obduction puzzle guide: Solve puzzles, count like an alien and learn base 4

Share All sharing options for: Obduction puzzle guide: Solve puzzles, count like an alien and learn base 4

In Obduction, the Villeins use a base 4 number system — and you'll have to use it to solve puzzles. To understand it, you have to think about our own numbers for a minute. 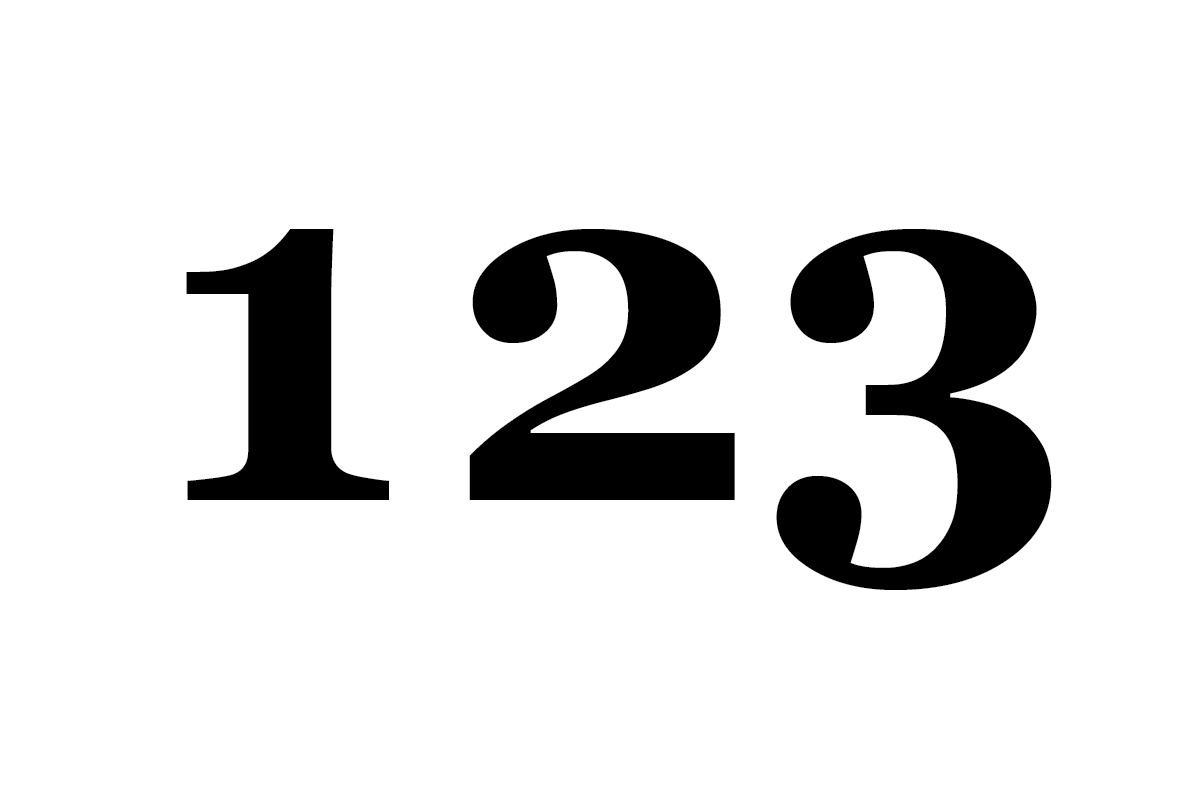 We use base 10. This means that every digit, reading from right to left, represents a count of exponentially increasing factors of 10 starting on the right with 10^0. (Any number to the zeroth power is one.) The next digit to the left is 10 to the first power, followed by 10 to the second power, etc. This is called positional notation. 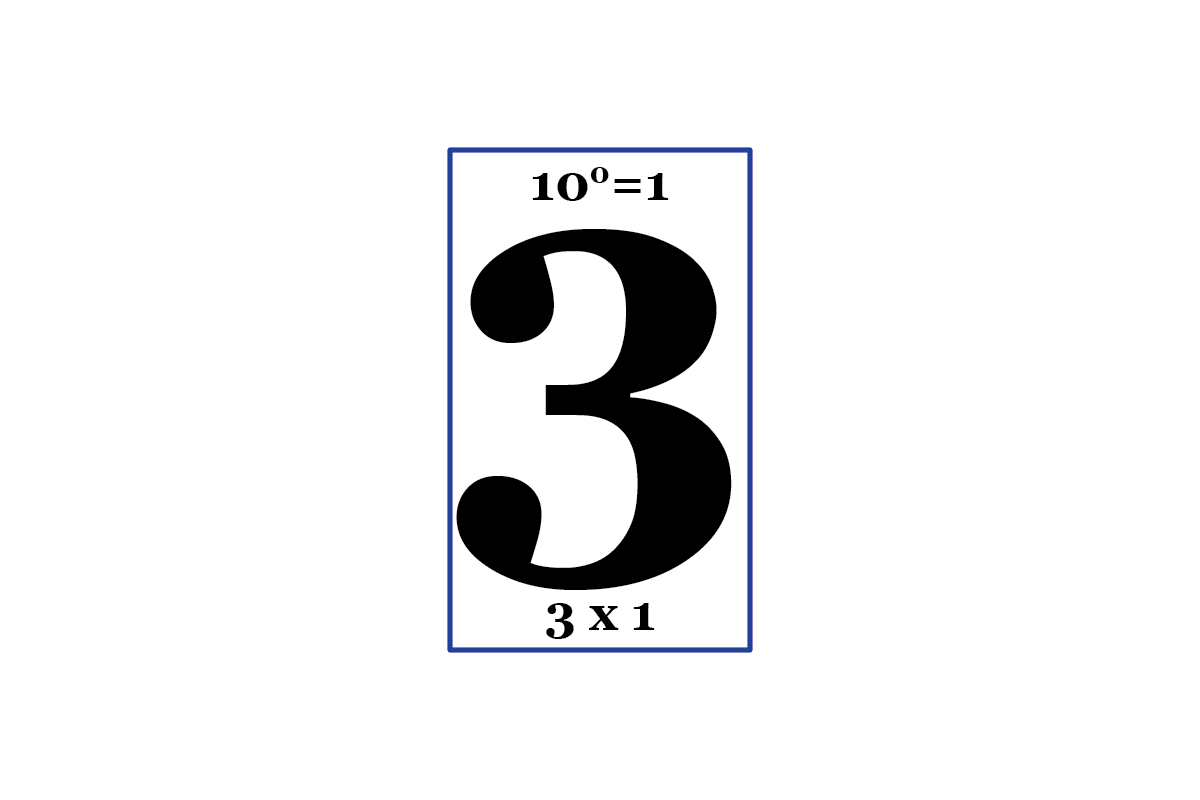 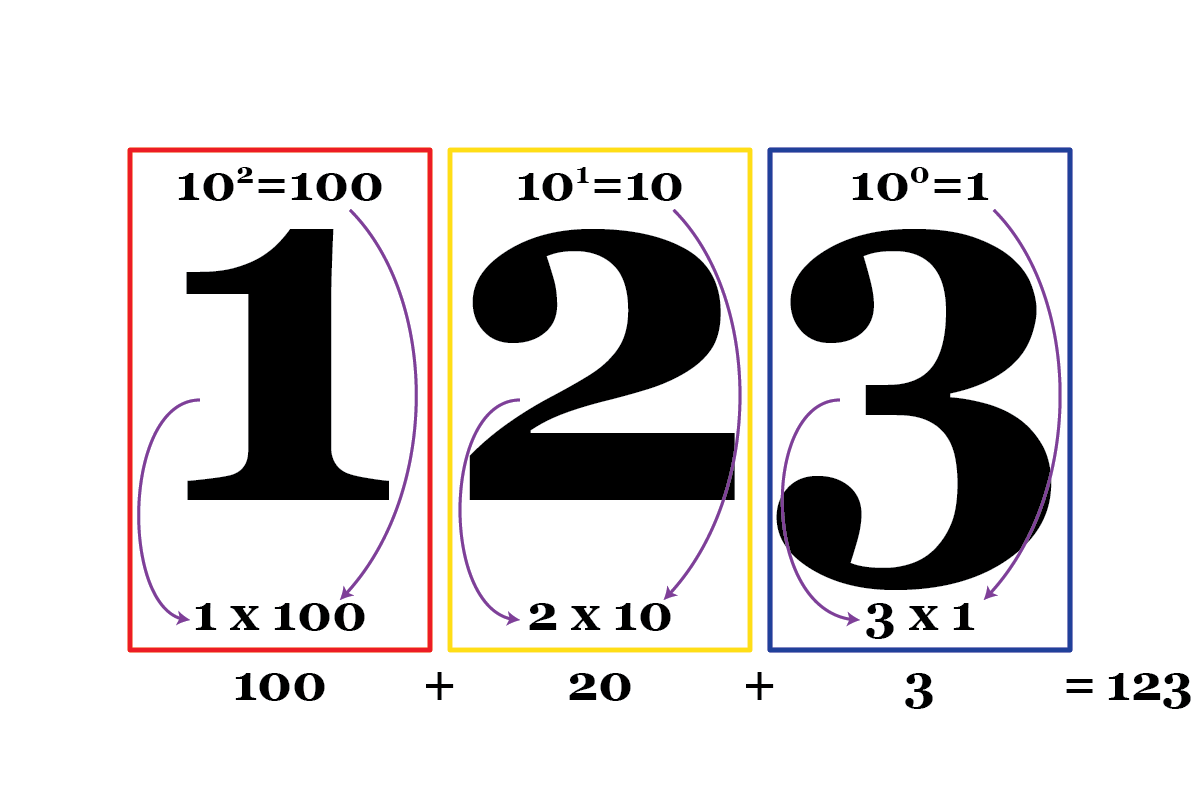 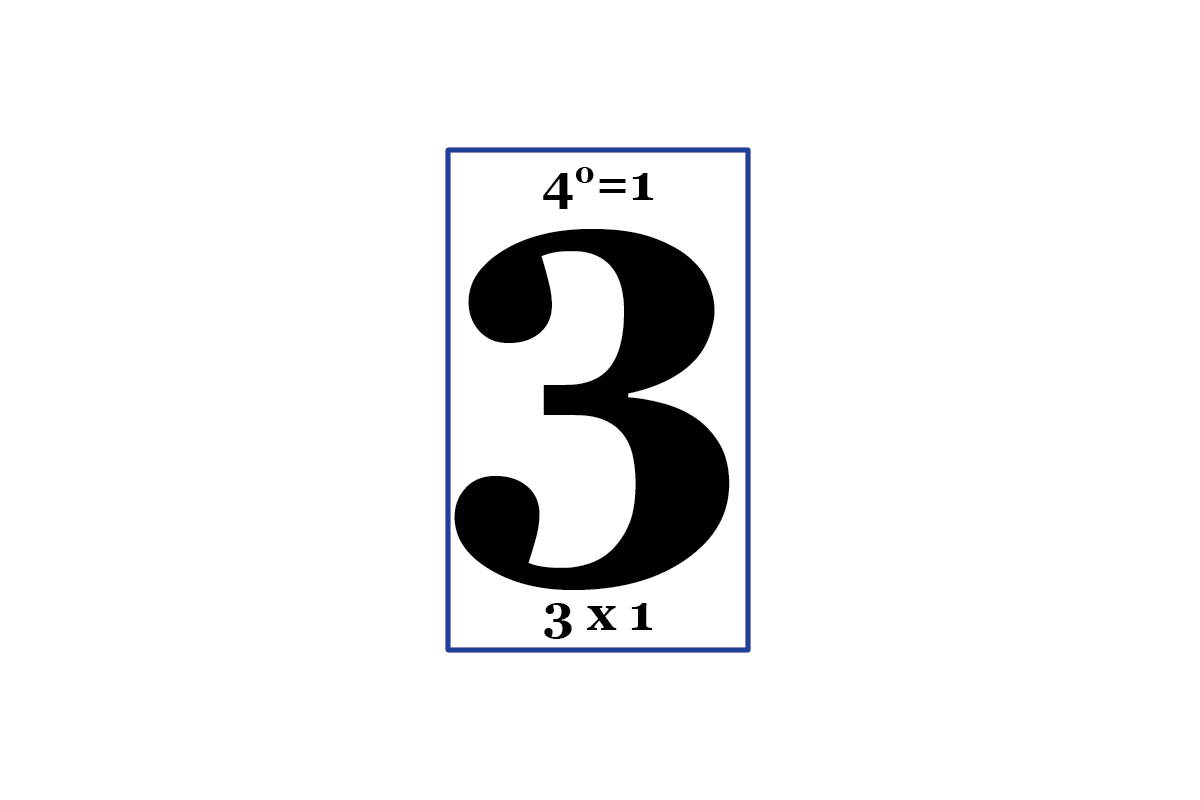 In base 4, you just replace the exponents of 10 with exponents of four. Therefore, you can write the number three as 3 x 4^0. 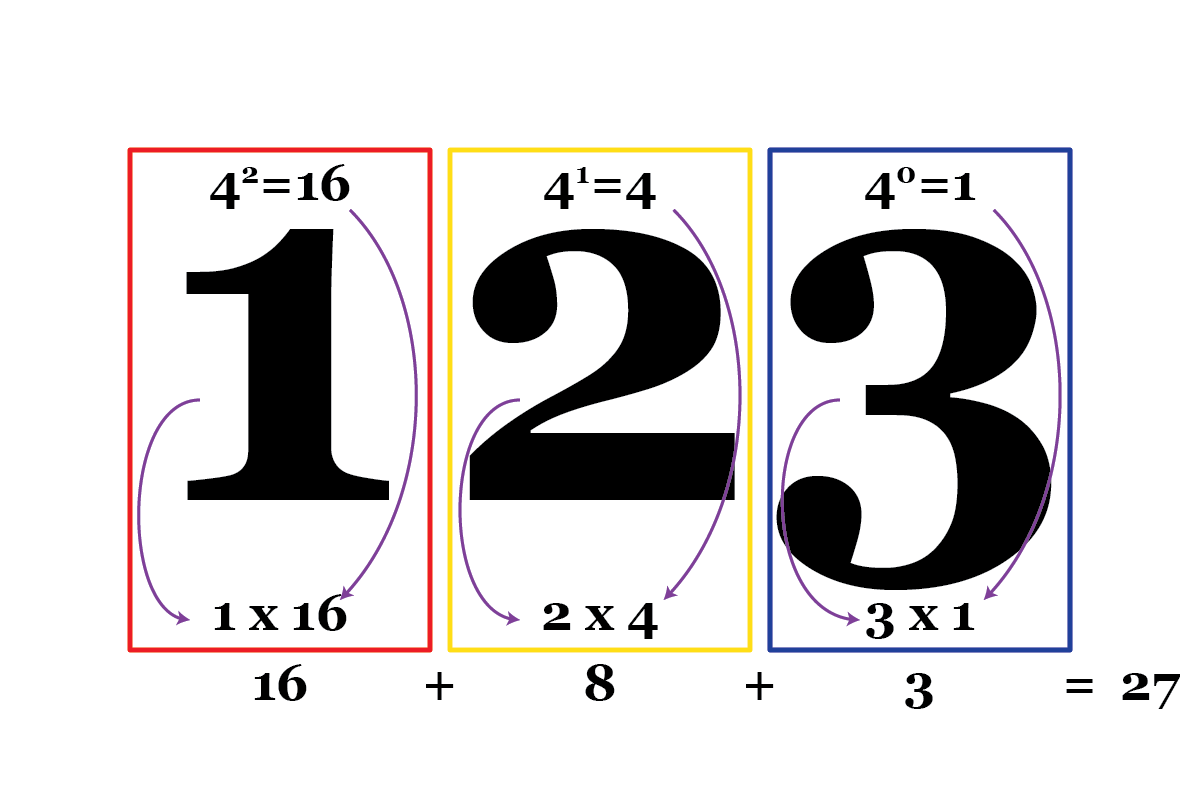 This gets more complicated when there are multiple digits — any number greater than three — but the math stays the same. 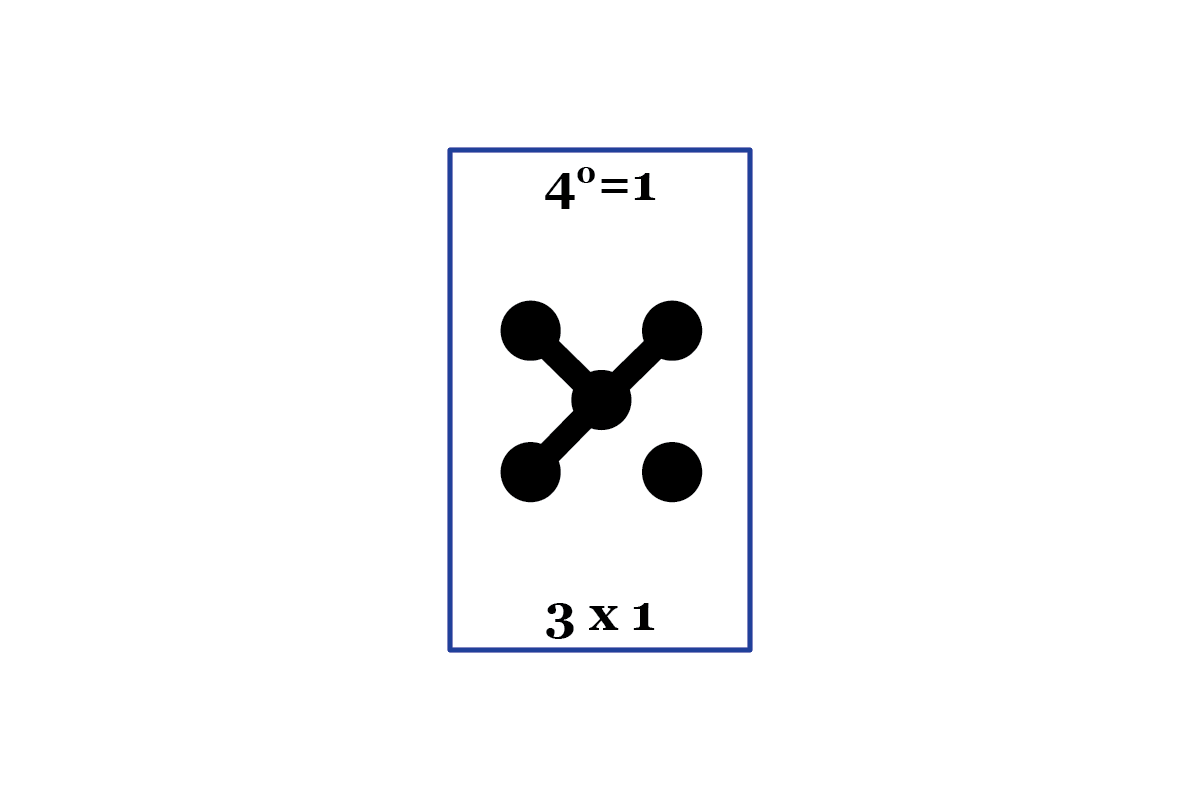 Villeins frustratingly don't use Arabic numerals like we do. While it looks confusing, the Villein system is actually quite simple. Just count the number of connections to the central dot and multiply like in the image below. Technically, this means the lines between dots could go in any direction, but the Villein standard uses specific connections. 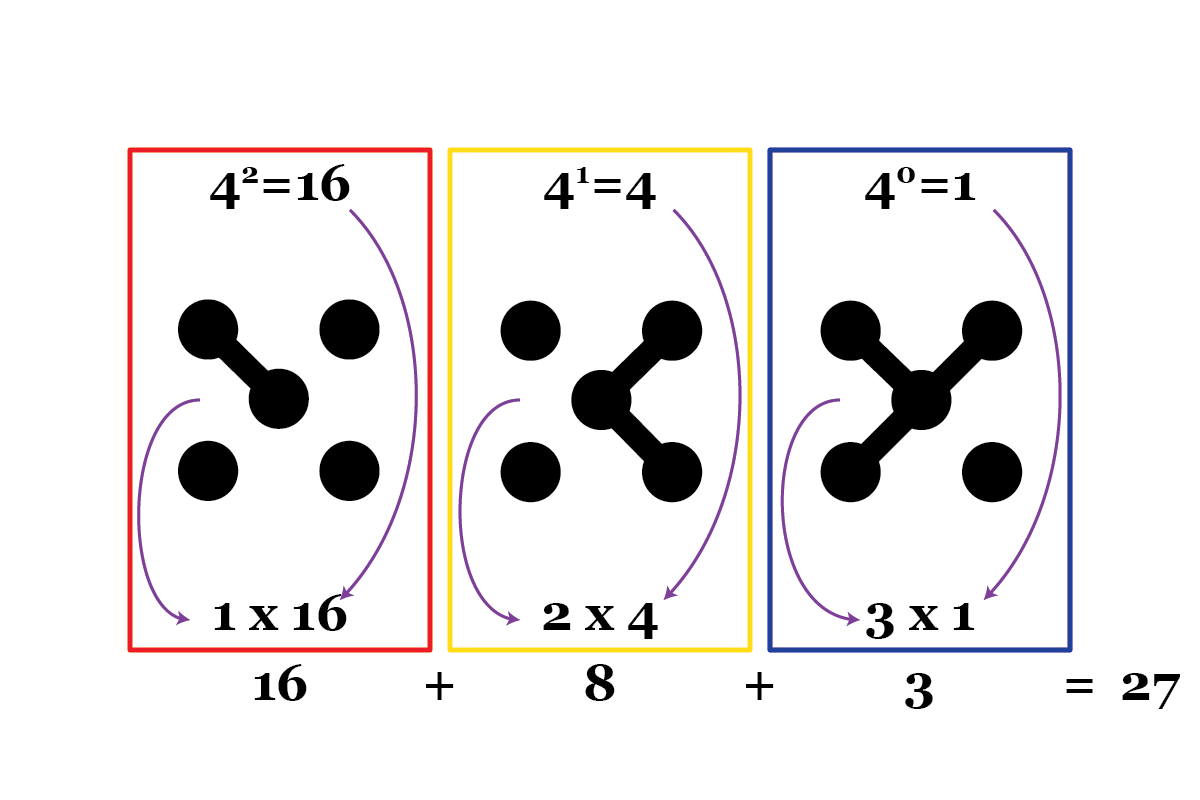 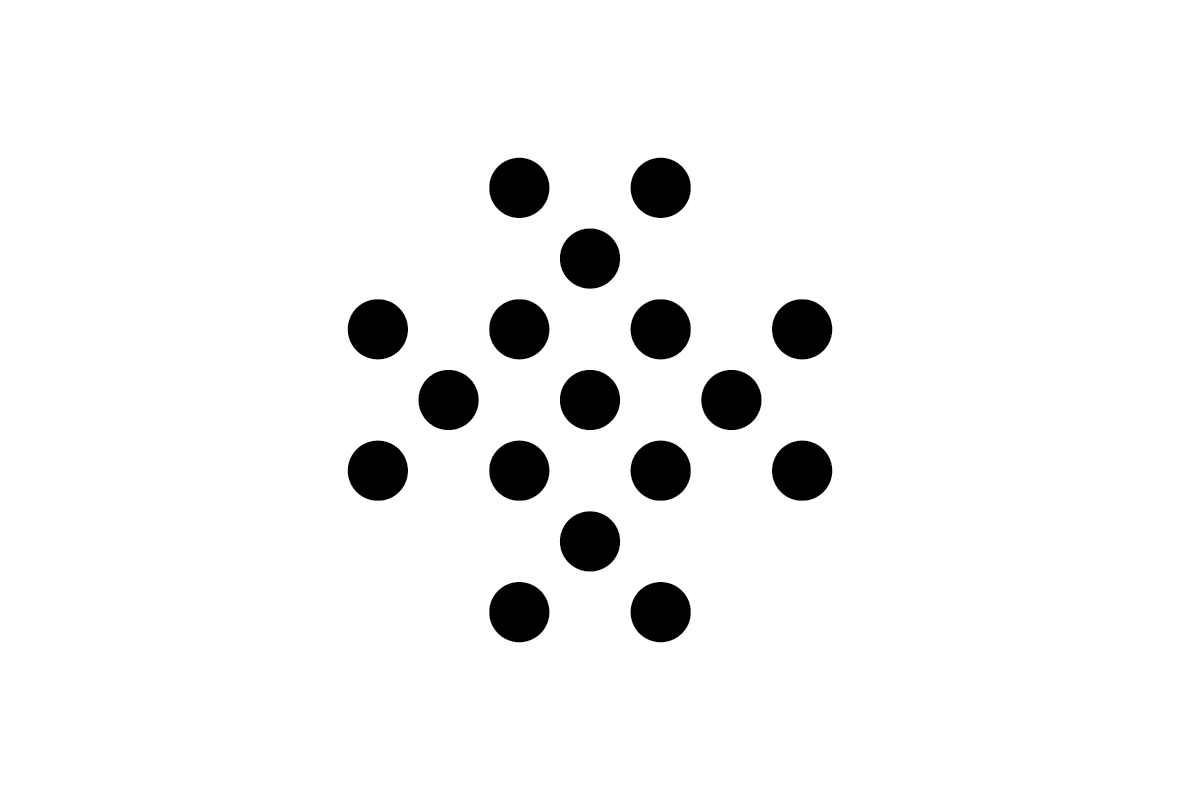 The next difference is that Villein numbers aren't written out in columns like ours. They are arranged in a grid. 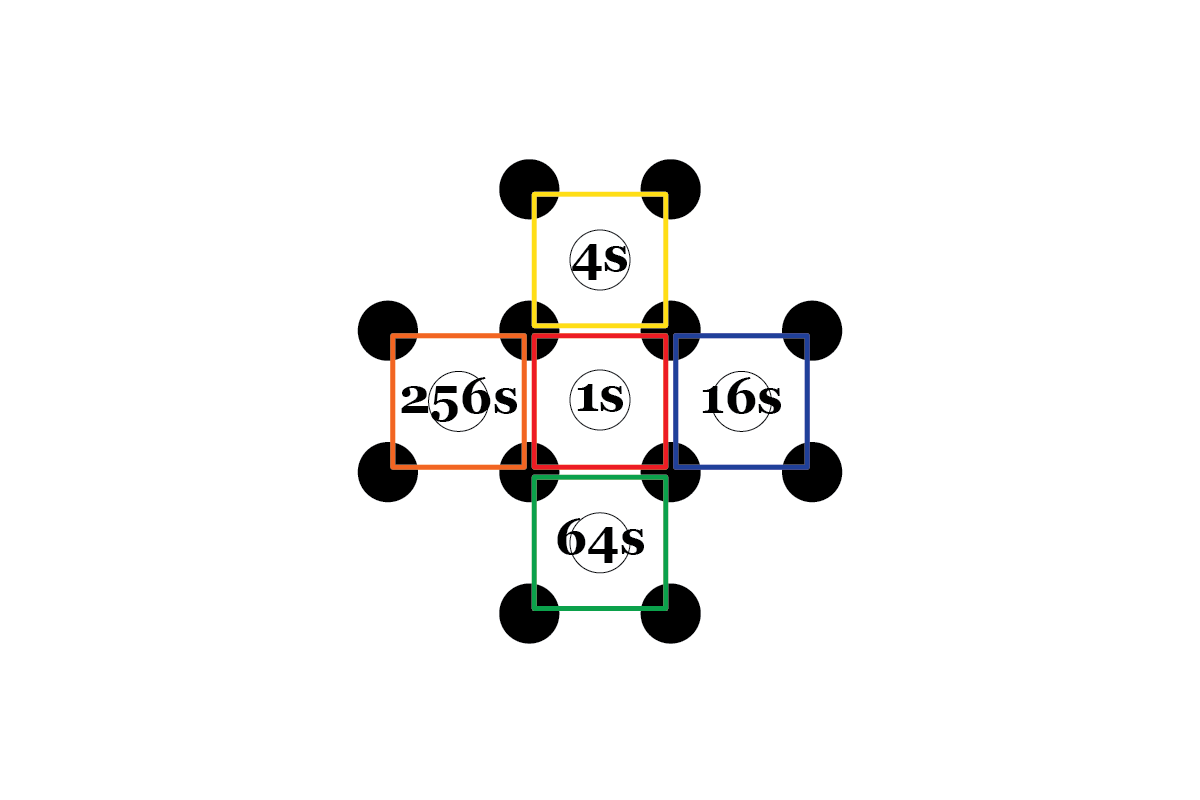 The increasing number positions are arranged in a spiral. 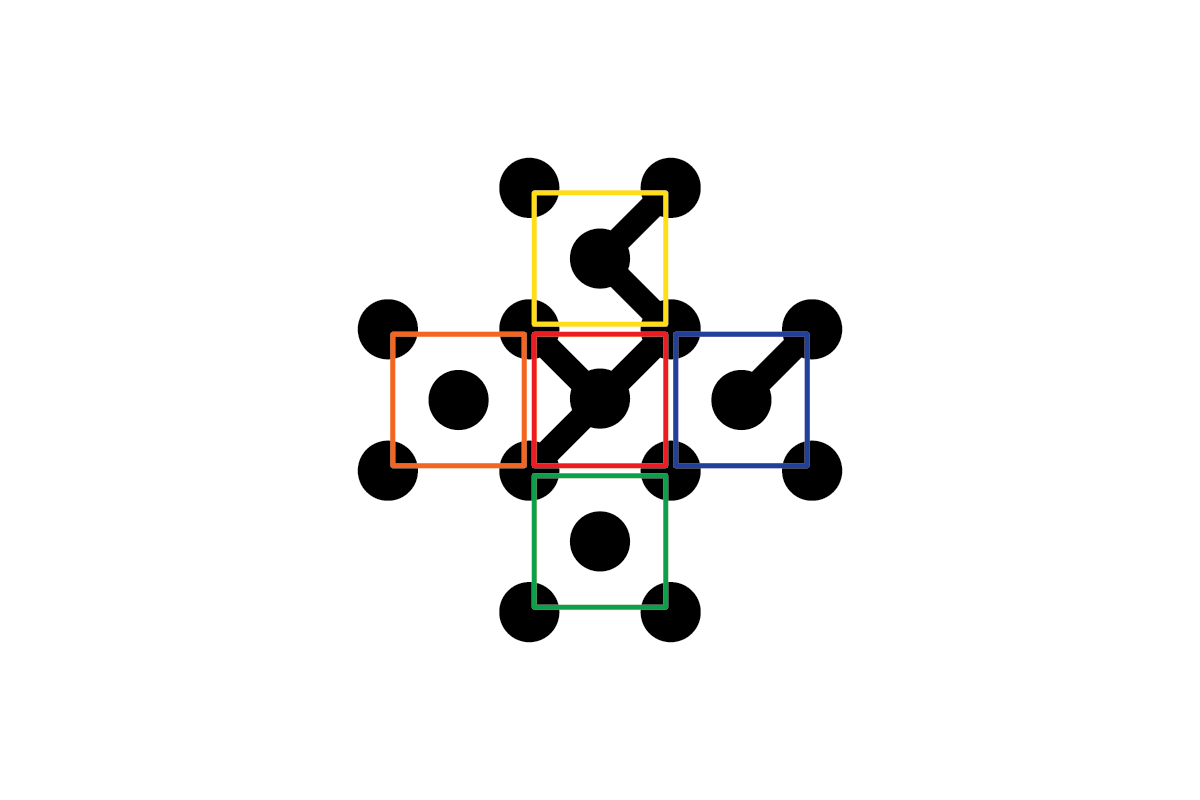 So our example of 27 from earlier looks like this. 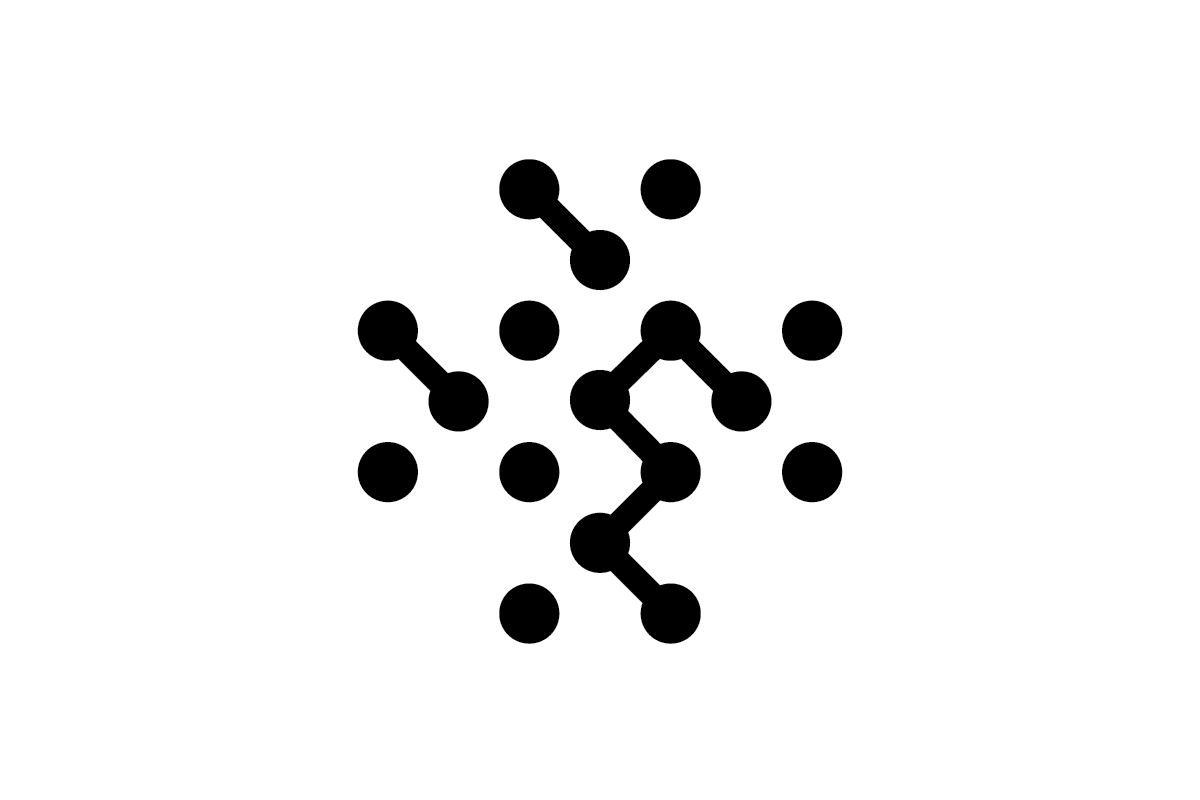