C.W.'s workshop and the blue laser

Make your way back to C.W.'s vault, and ring his doorbell again. He'll confirm that he is, in fact, Cecil (C.W. for short) and he'll tell you about the dome that is enclosing Hunrath, all liberally sprinkled with Obduction's own minced oath, "karf." 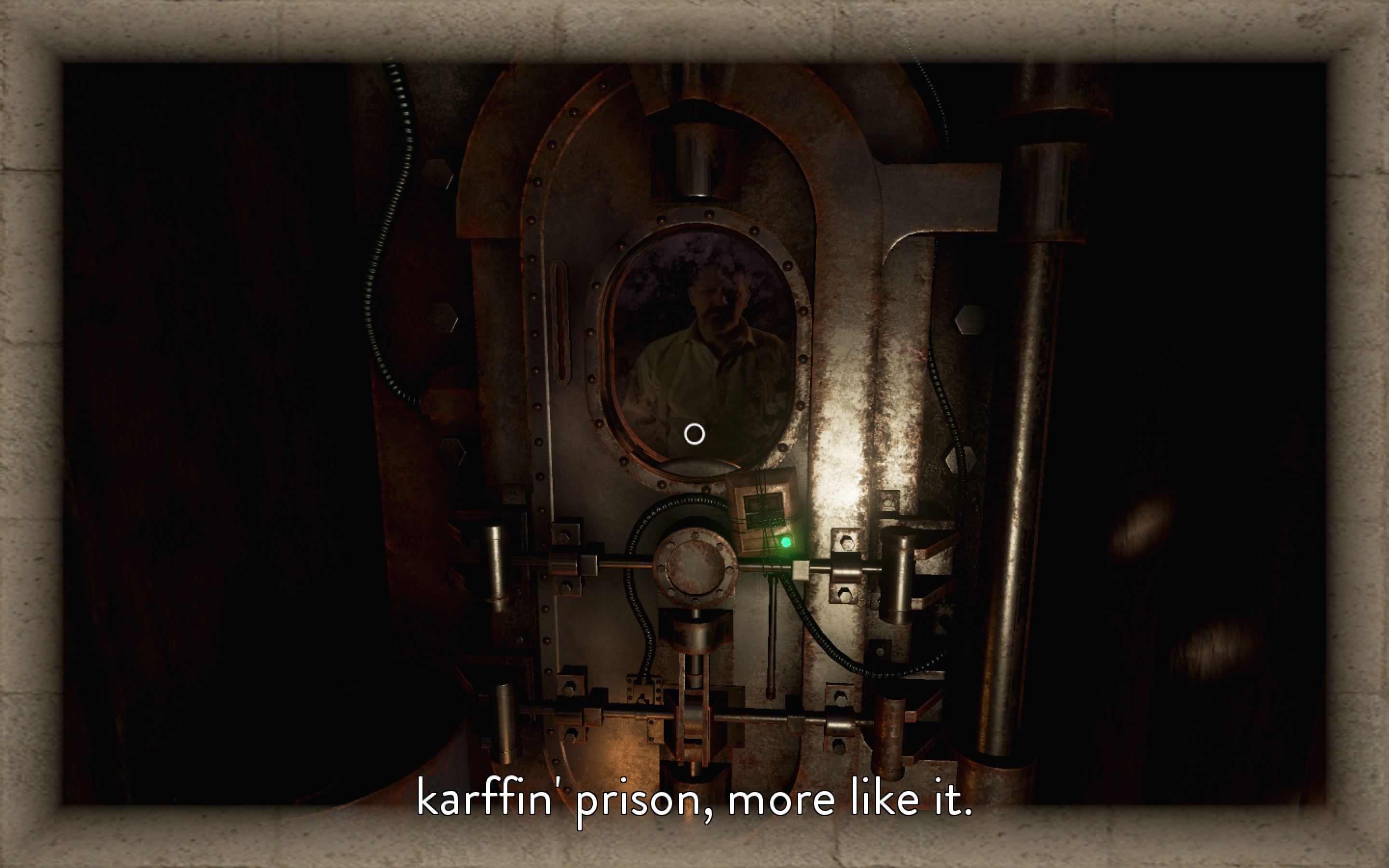 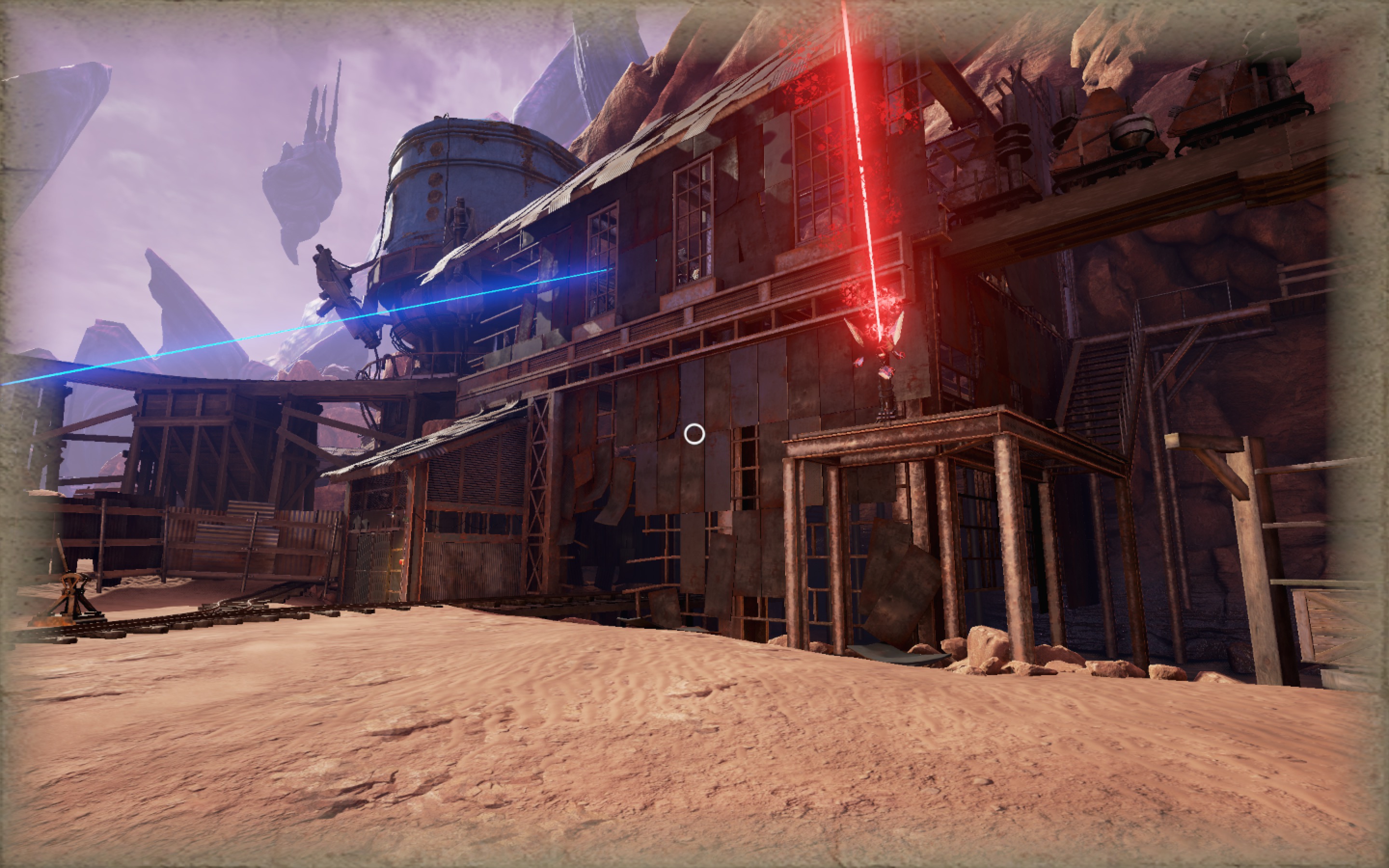 On a nearby rooftop, you can see the red beam that is powering the dome. The elevator behind C.W.'s shack doesn't work anymore since you diverted the water, though, so you'll have to find another way to get at it. 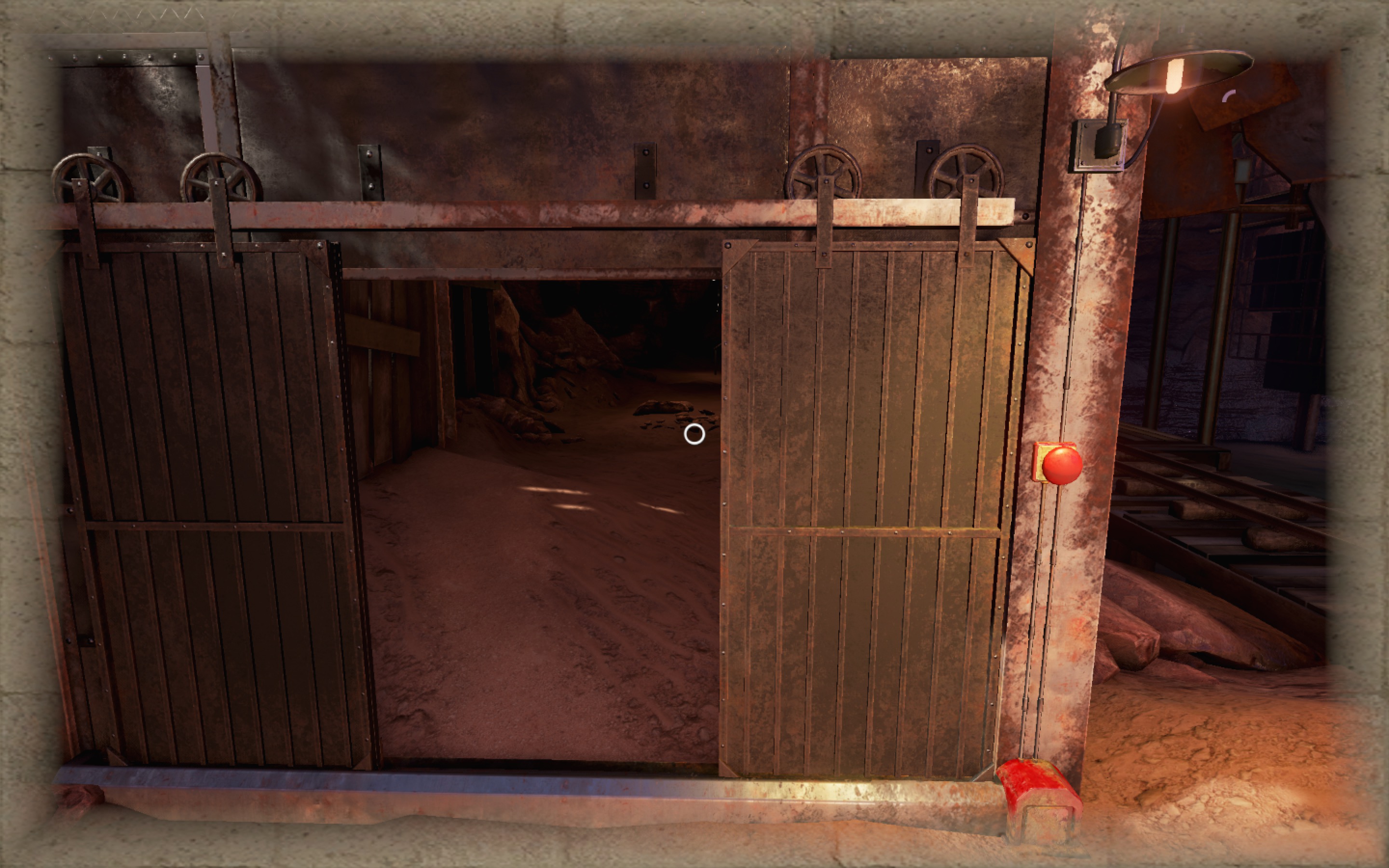 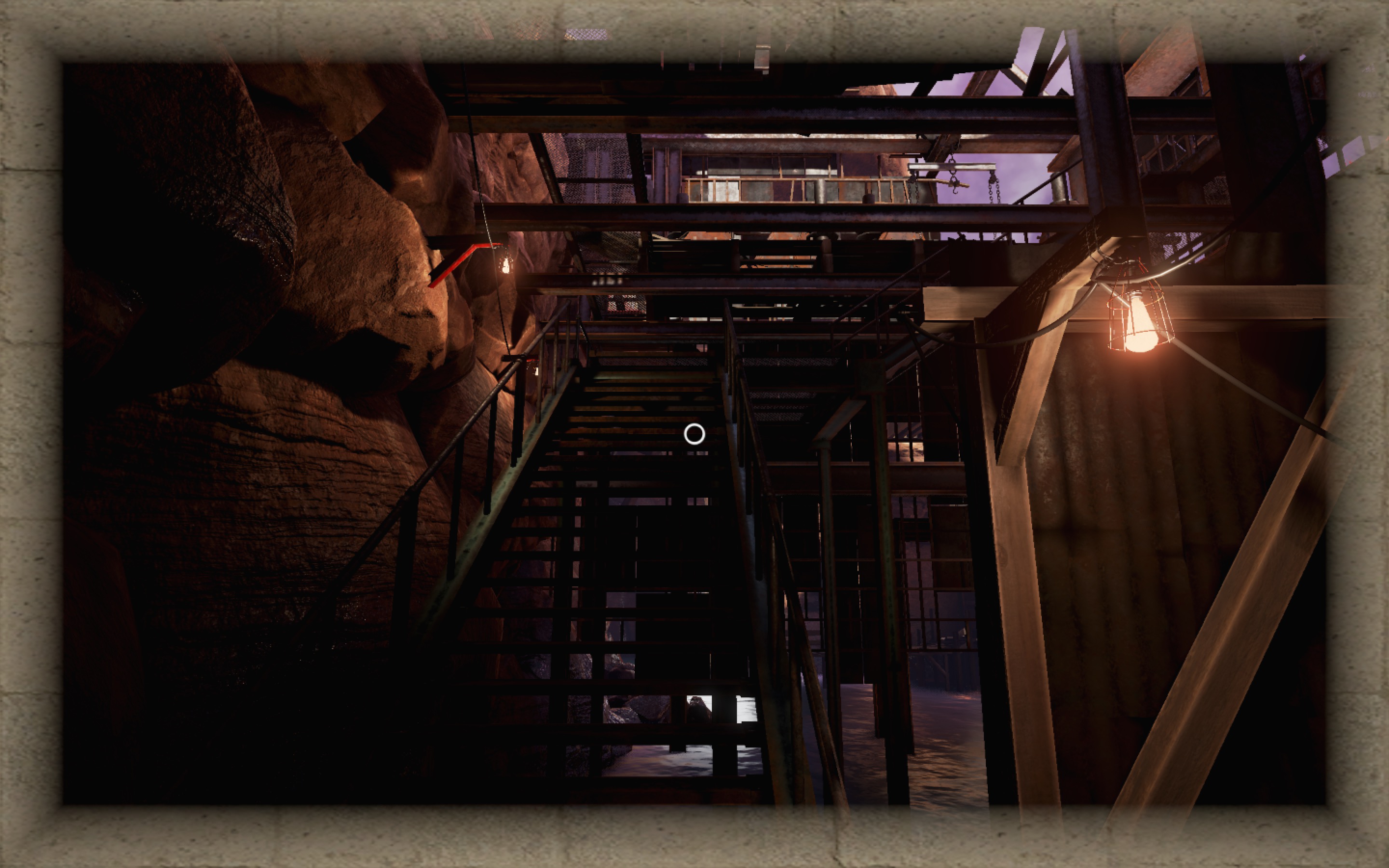 To the left of the red laser is a door with a big red button next to it. Hit the button to open the door. Take the stairs at the end of the hall up to C.W.'s workshop. 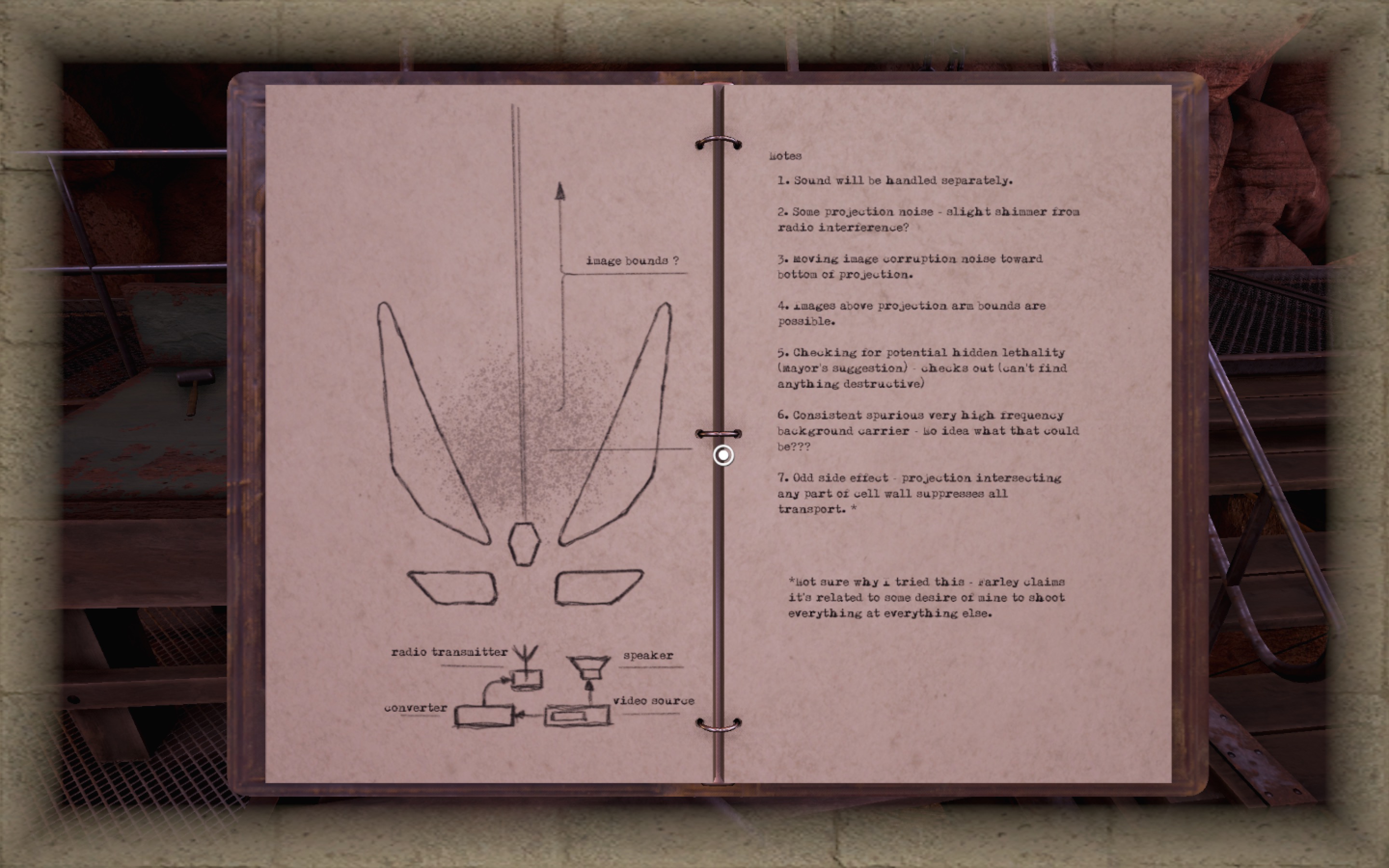 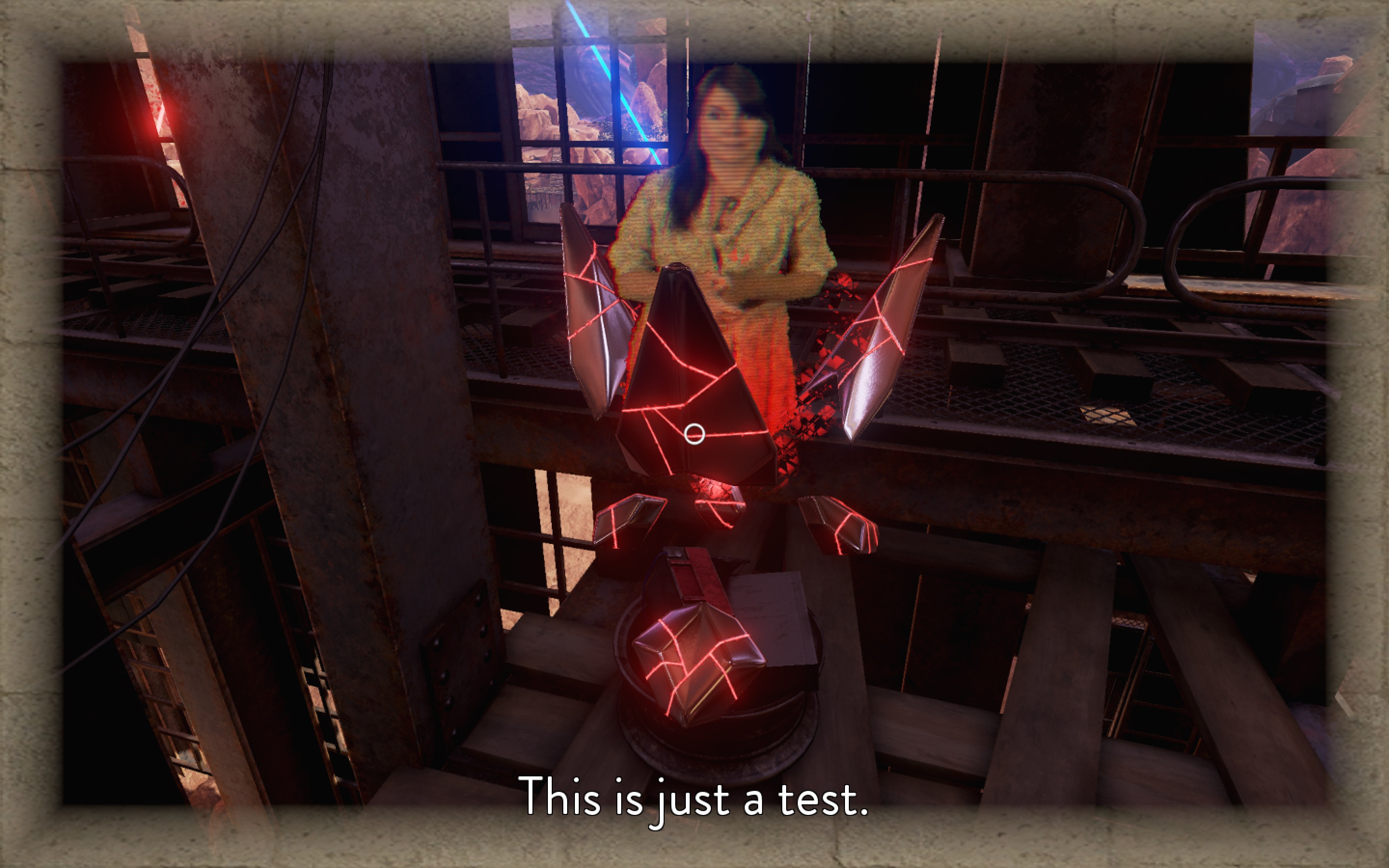 Inside the workshop, there're all sorts of interesting tidbits that will tell you about the lasers and the projectors. Take some time to interact with the scraps of paper and notebooks you see on the table at the back of the room.

On the frontmost table, you can see some trial runs of the projectors that C.W. was working on. More importantly, there's a blue laser as well. 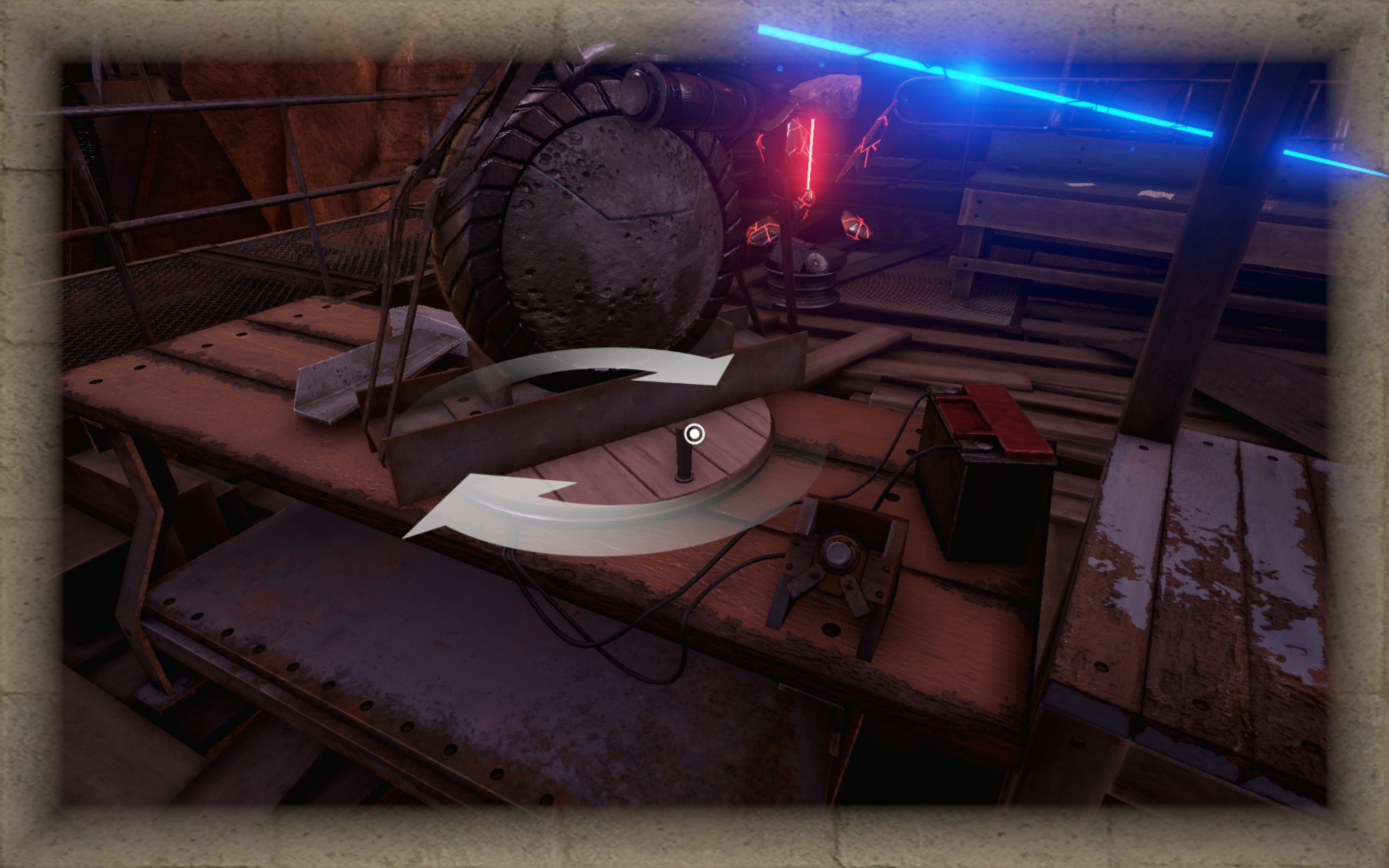 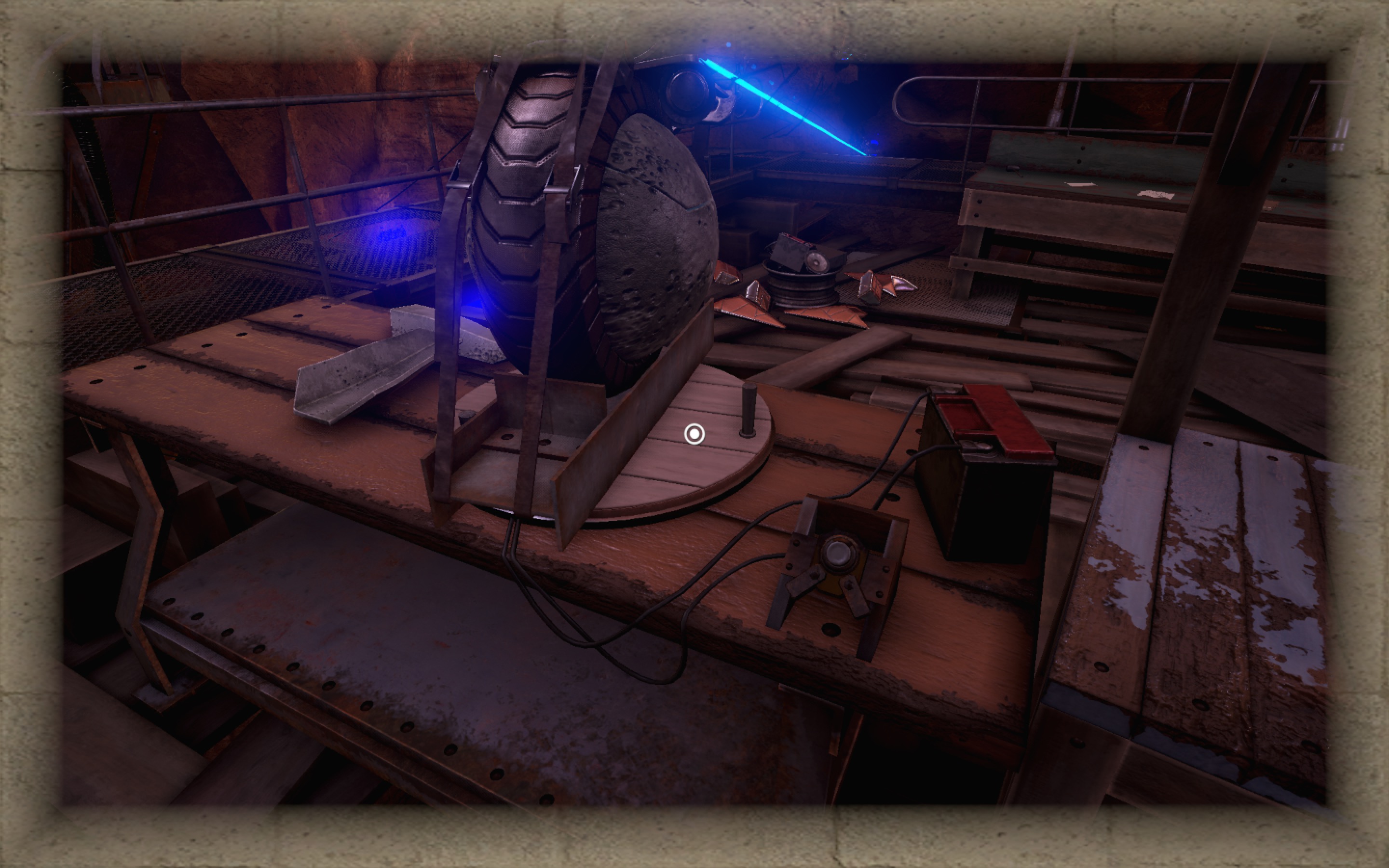 Turning on the blue laser with the blue button on the right and moving it around the room shows you that the blue lasers destroy things projected by the red lasers. 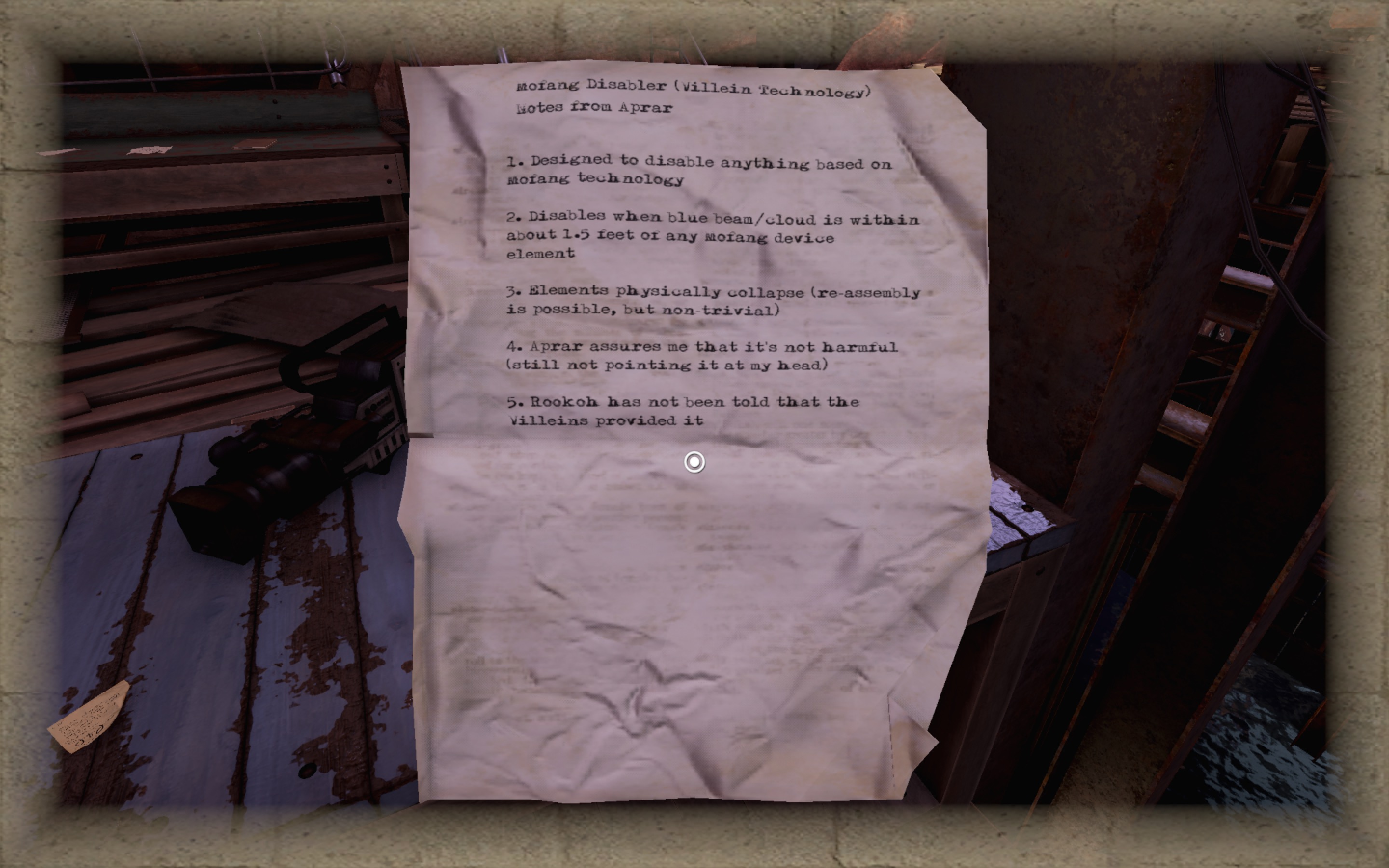 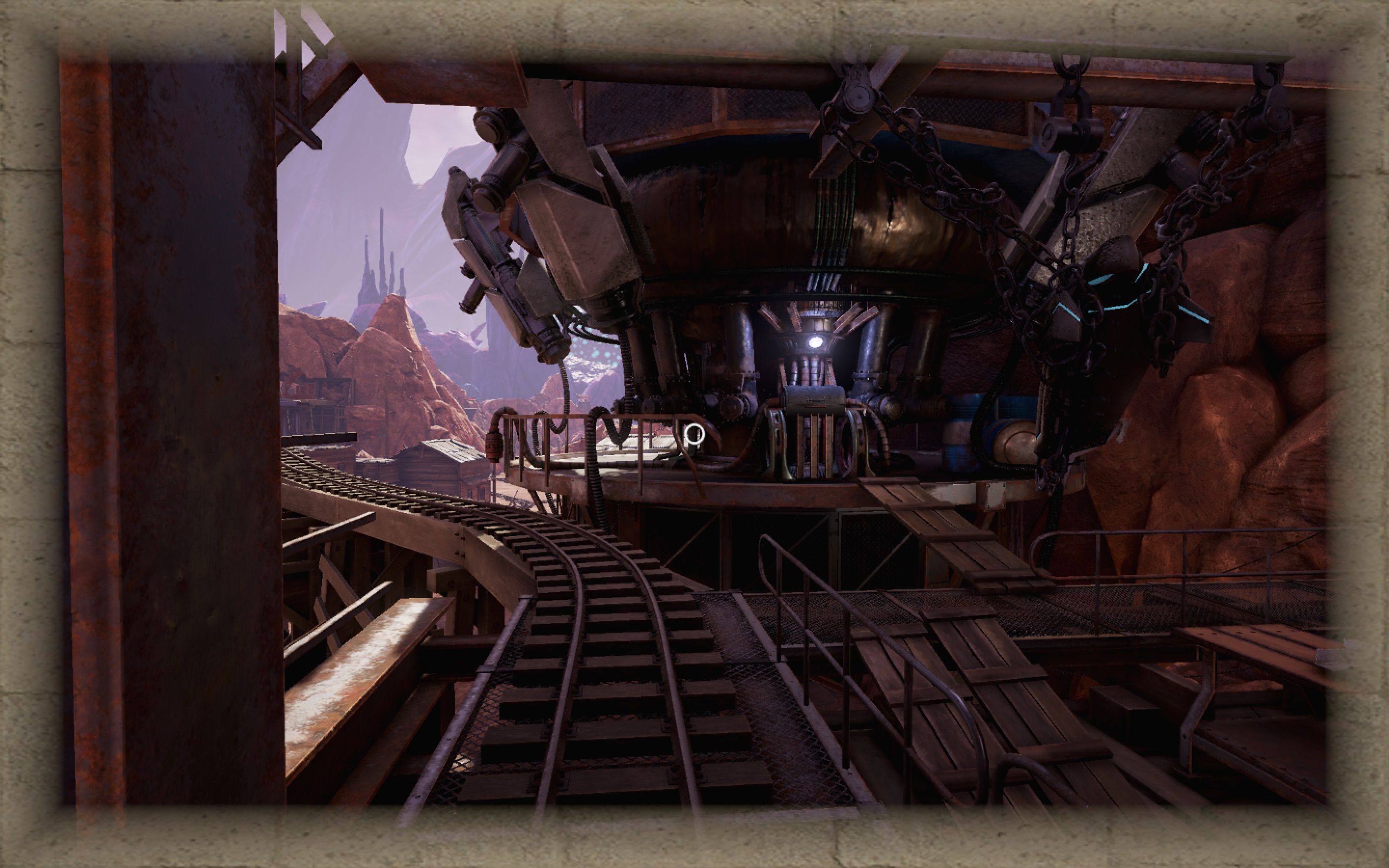 In-game, you should be picking up on bits and pieces of the story from C.W. There is a group called the Mofang that have been giving out technology to the residents of Hunrath, which C.W. has been using to build the informative projectors for the mayor. There's another group, the Villeins, who supplied the blue lasers.

The Mofang that C.W. seems to have dealt with is named Rookoh and the Villein is named Aprar. C.W. seems to want to keep them from knowing about one another. Based on C.W.'s comment about a "Mofang battle," the pieces are starting to fall into place. 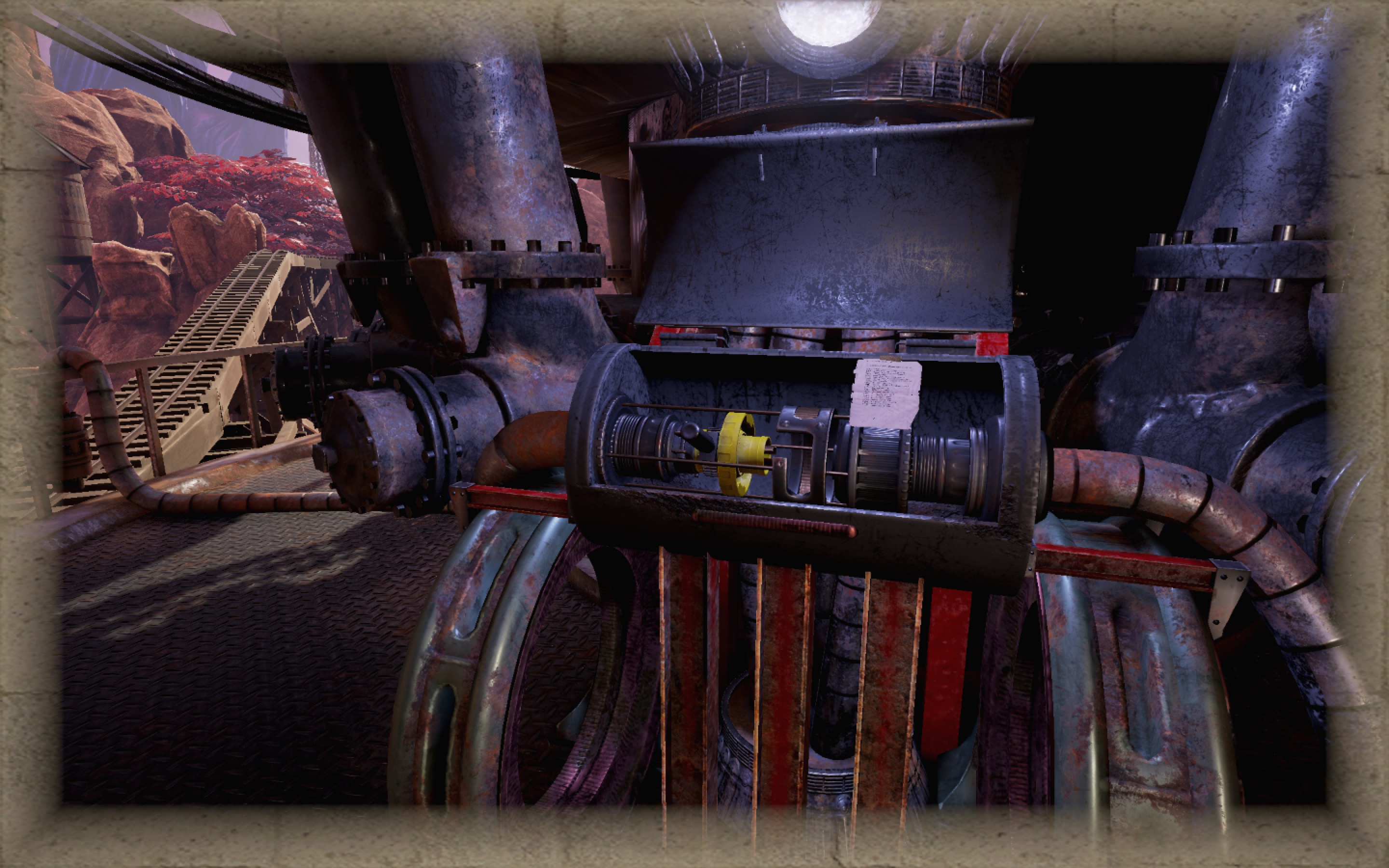 Once you've soaked in everything you want to from the workshop, you should take care of a couple things that will come up later while you're up here. Head toward the giant blue cylinder to the left of the test laser. 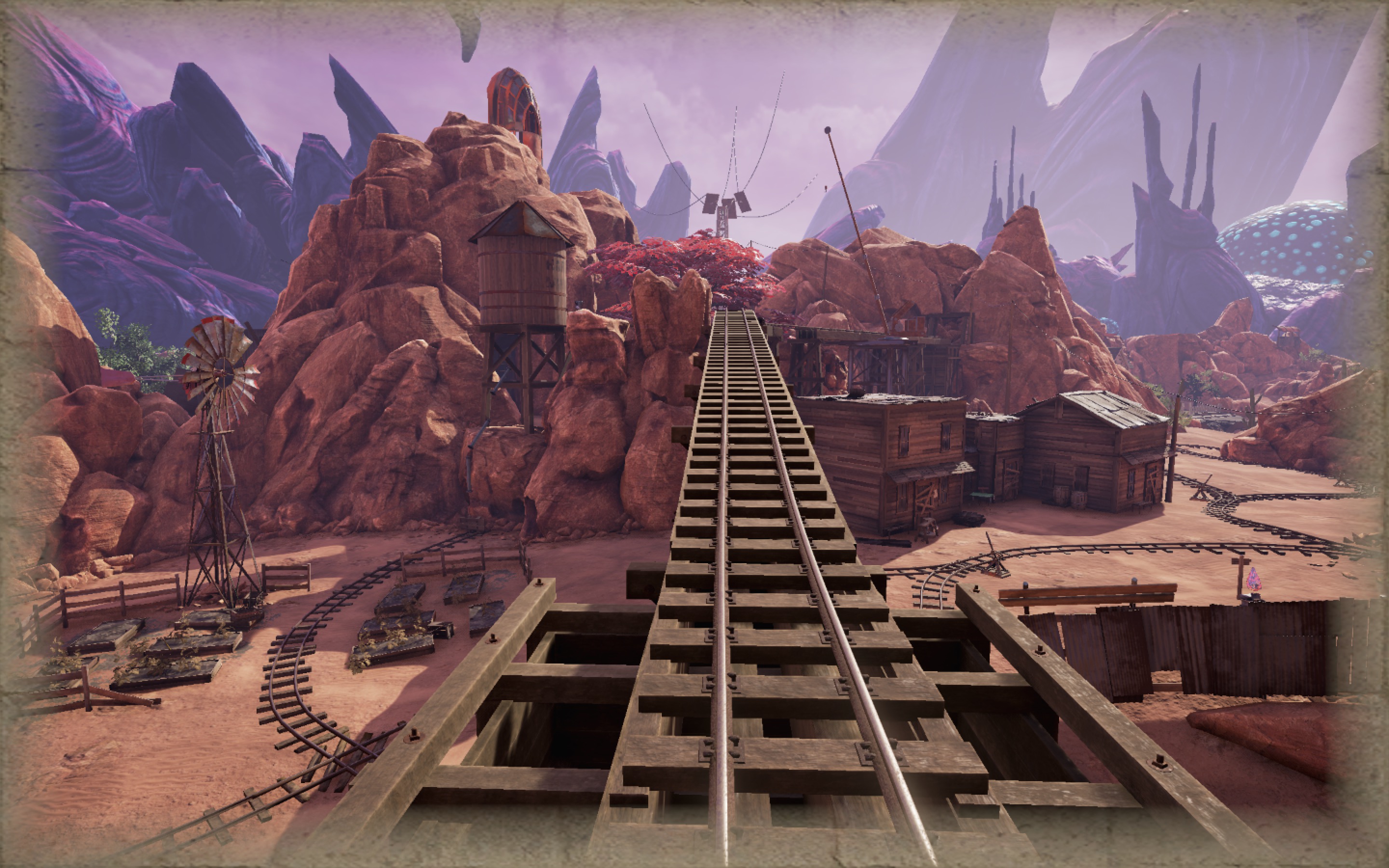 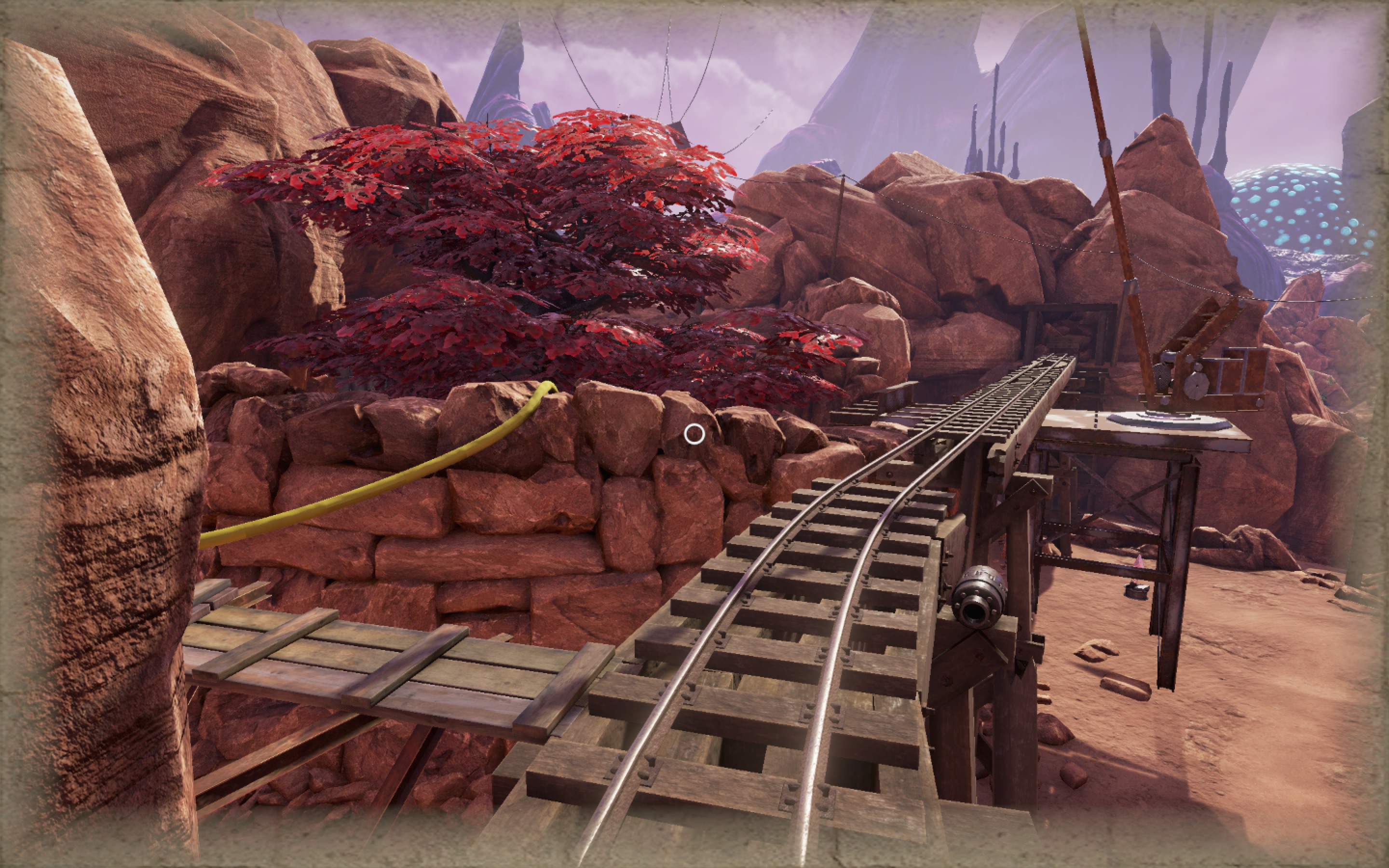 Open the grill. Inside, there's a power coupling and a battery maintenance log. Connect the cable. Head outside along the tracks you see on your left. Keep walking until you come to a walkway on your left and take it — you can't go much farther anyway. 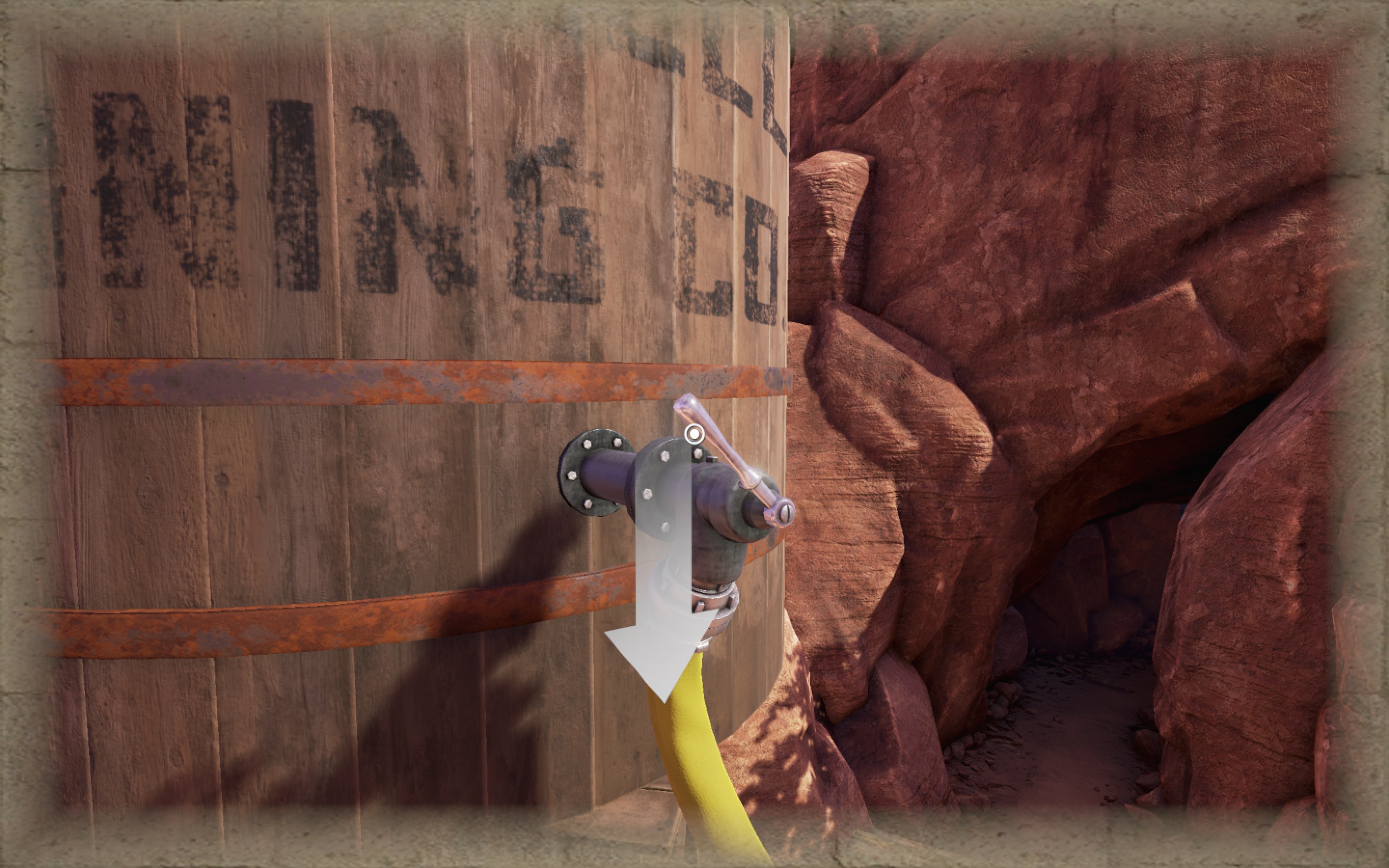 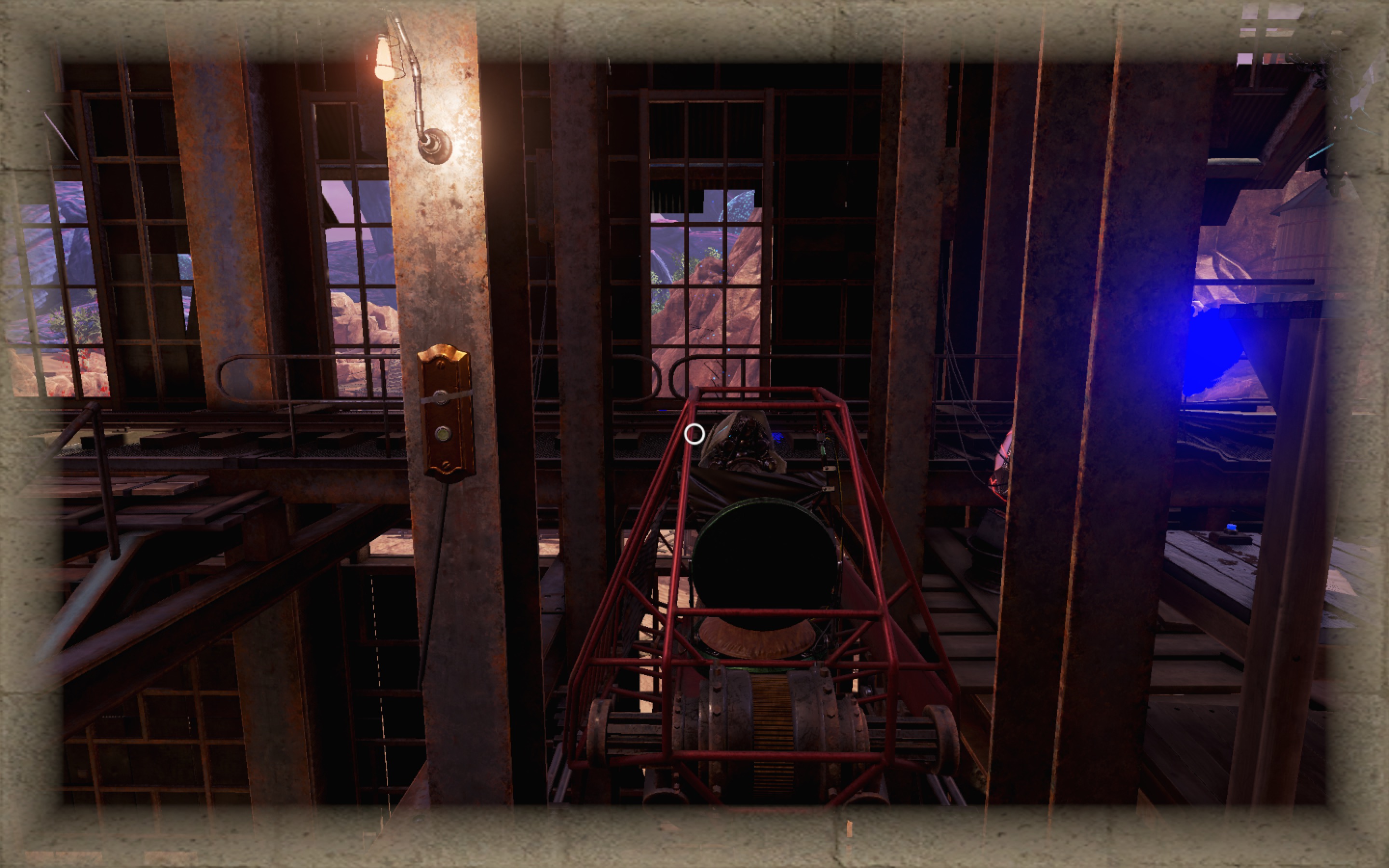 Turn the handle on the water tower to supply water to the Tree. Once that's done, you can head back to C.W.'s workshop.

Head around to the back of the central elevator. There's a button here that will lower the cart with the blue laser to the track below. 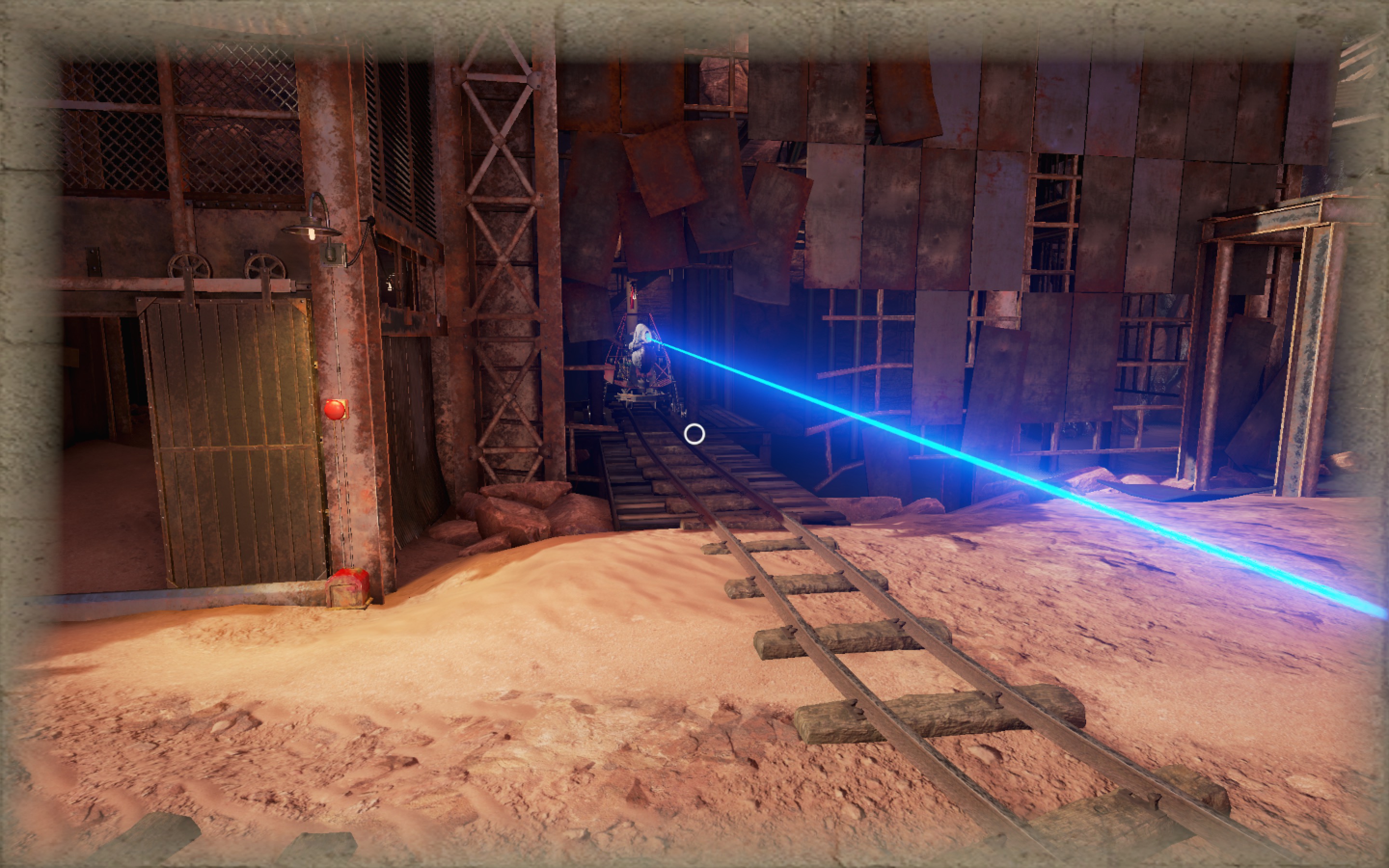 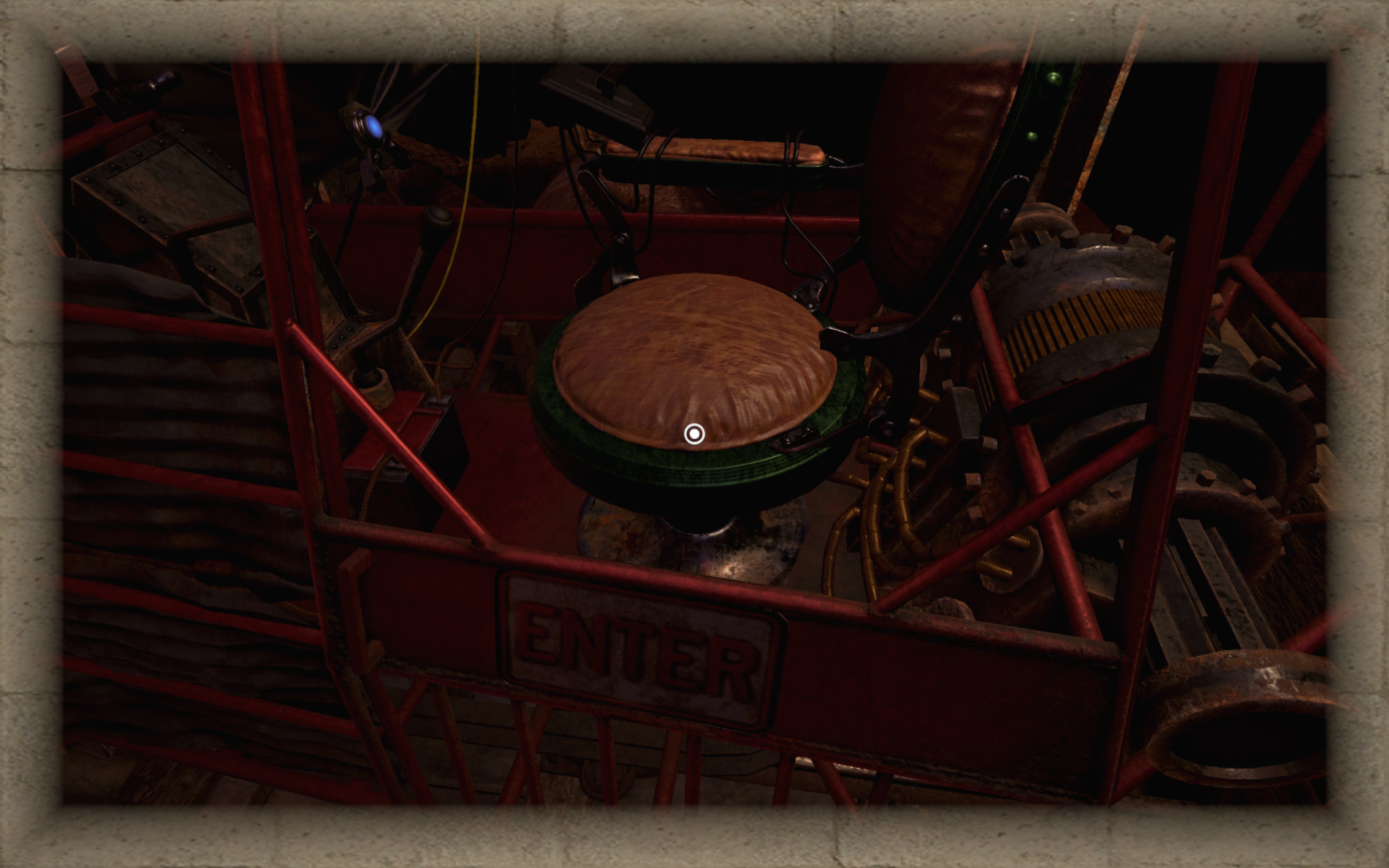 Go back down the stairs and out of the building. You can walk back inside along the tracks and interact with the cart and laser now. 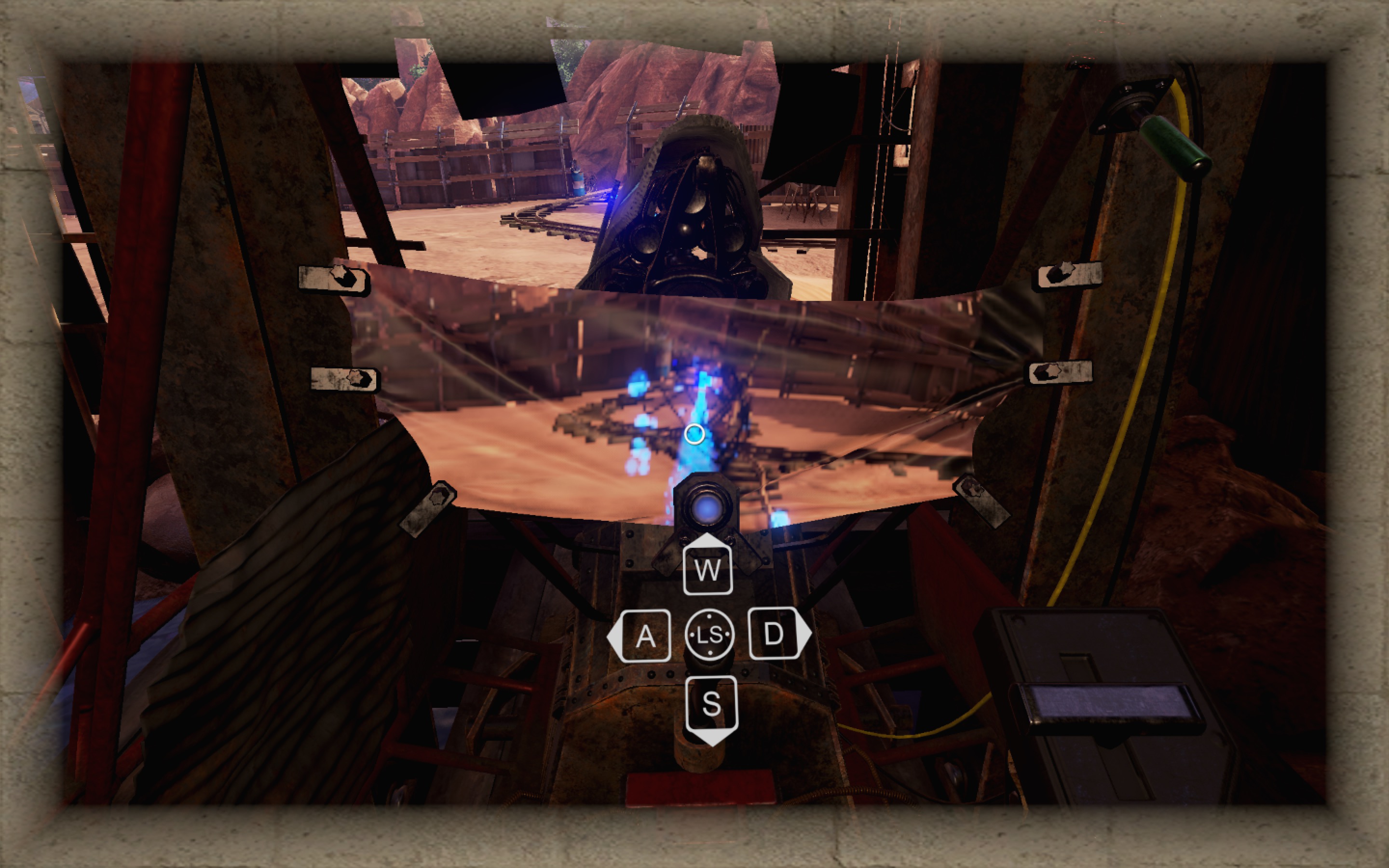 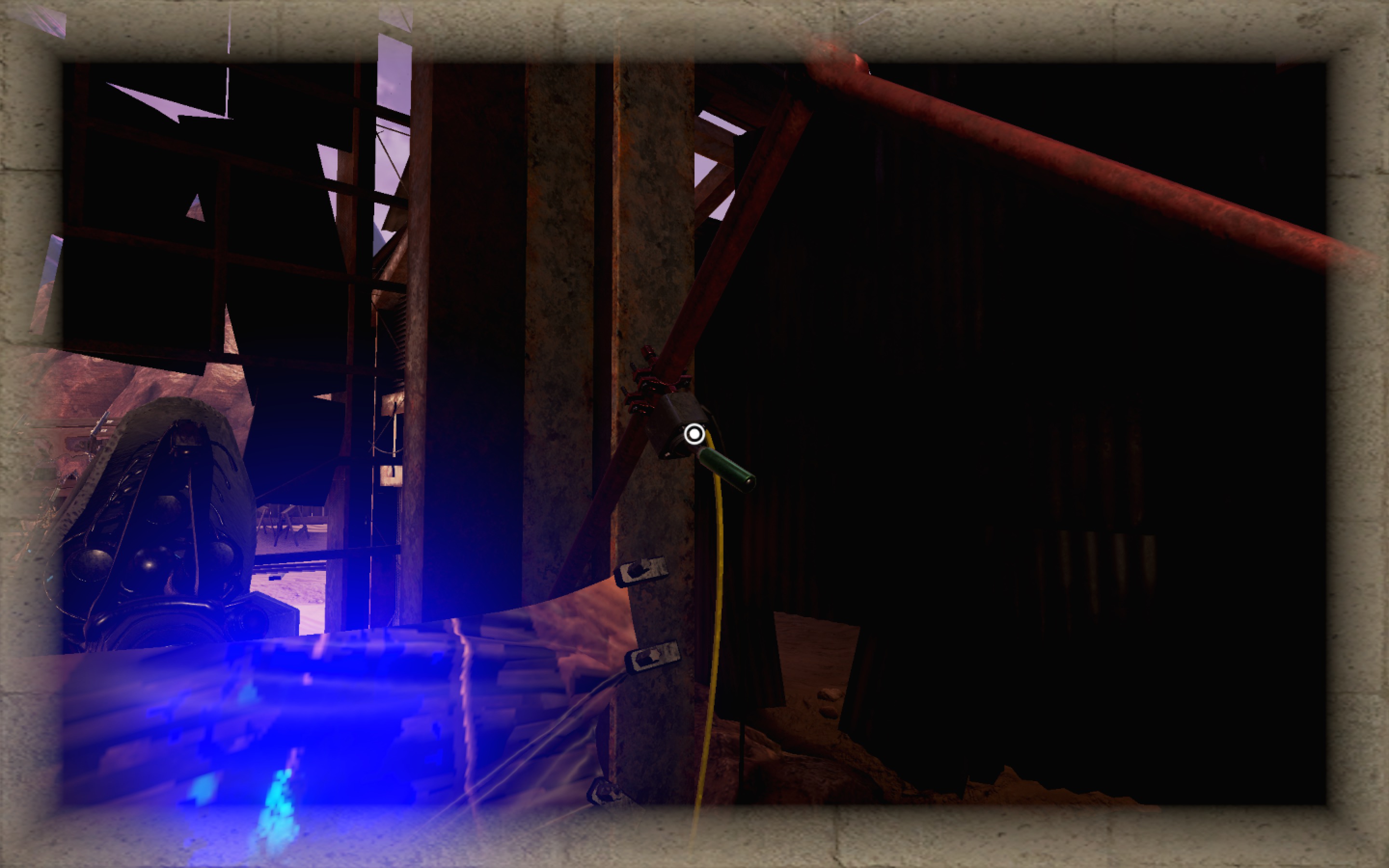 Climb inside to get acquainted with the controls. The blue button activates and deactivates the laser and the green switch to the upper right switches between controlling the laser and driving. 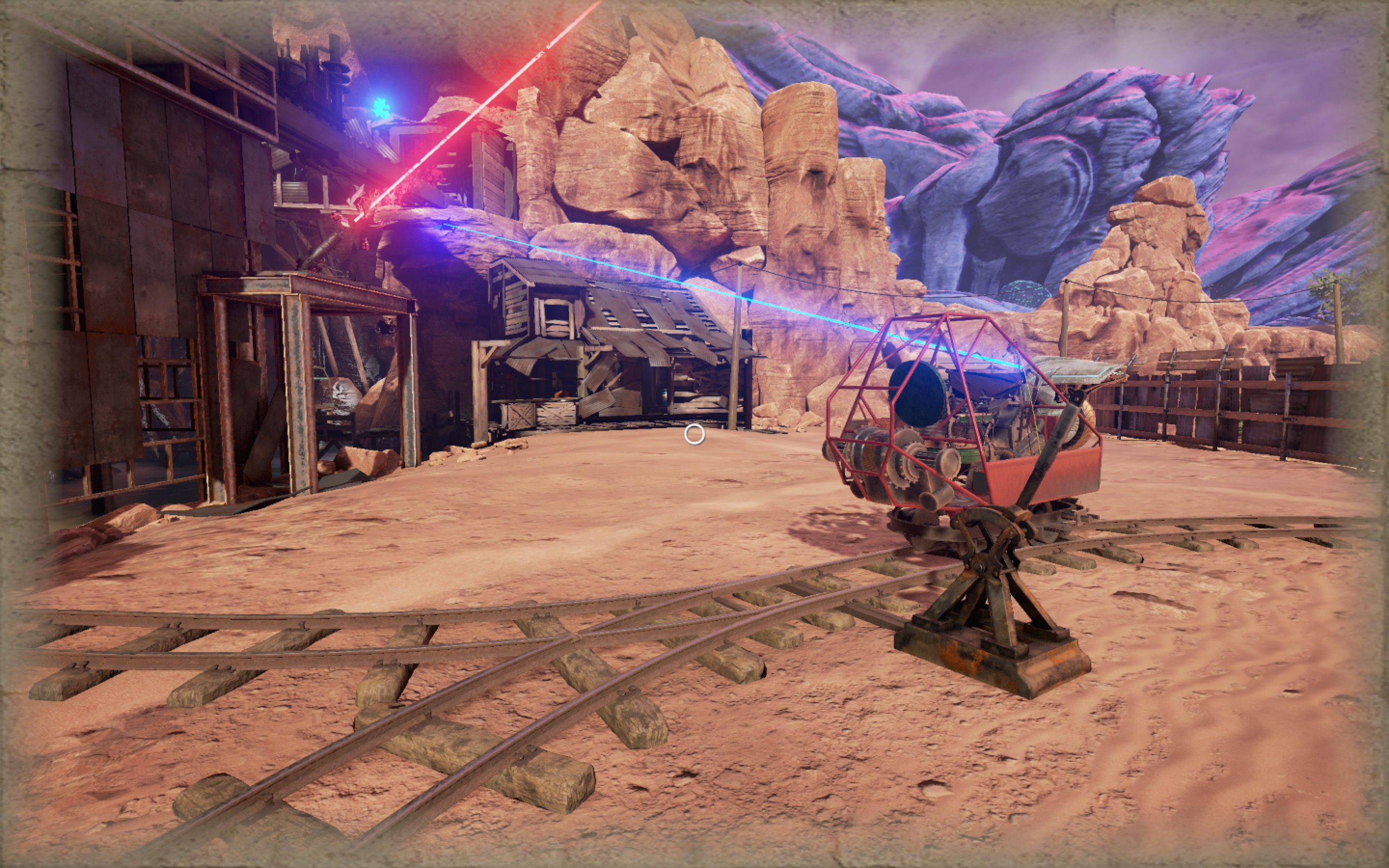 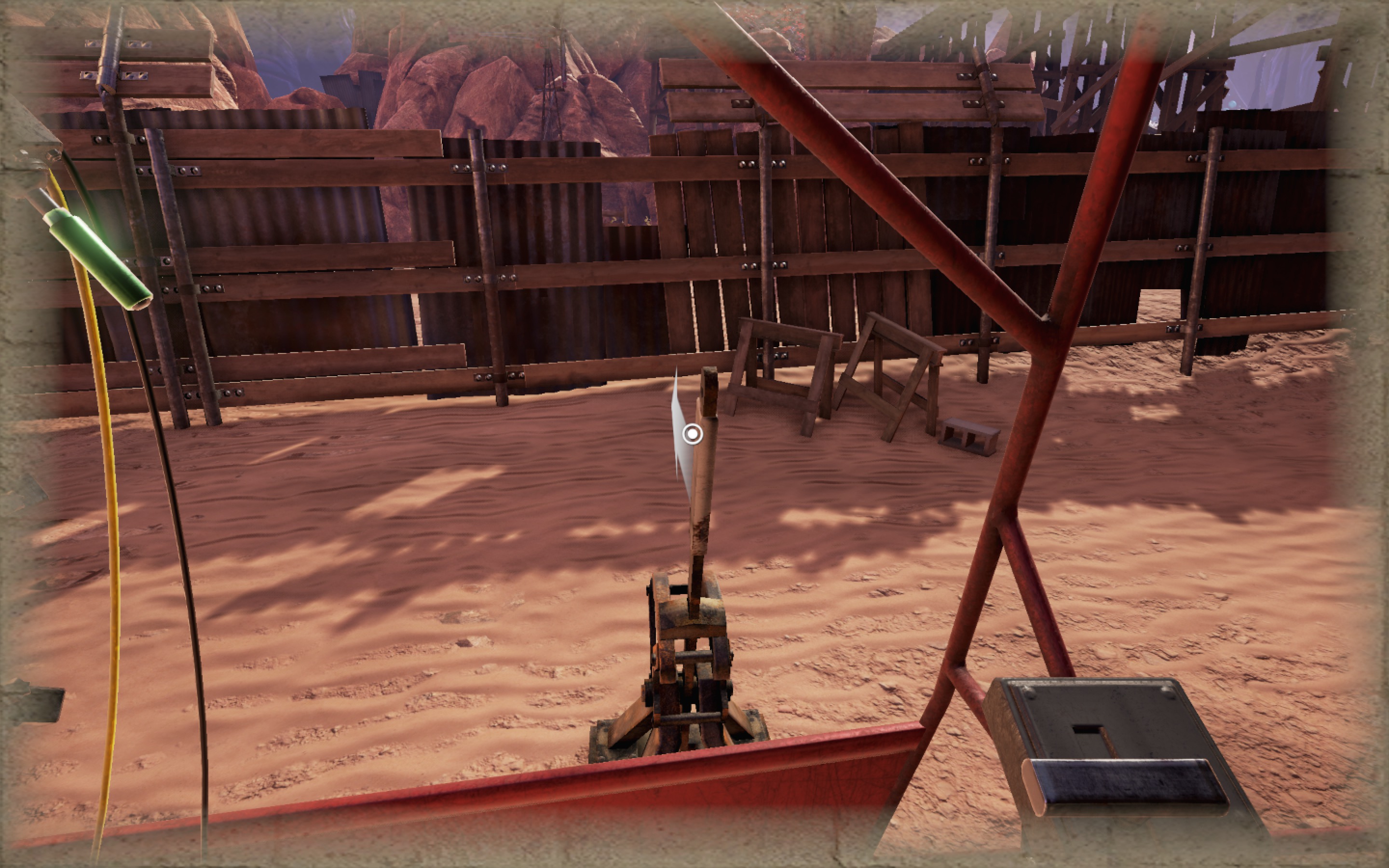 Drive out along the track to just past the first junction. Unfortunately, the curve of the track doesn't let you target the red beam from here. Just back up along the other track to get a better angle. The switch at the junction controls which track you go along. If you haven't touched it yet, you should go along the righthand track by default.

Luckily, you can change the track from inside the cart if you need to make adjustments. 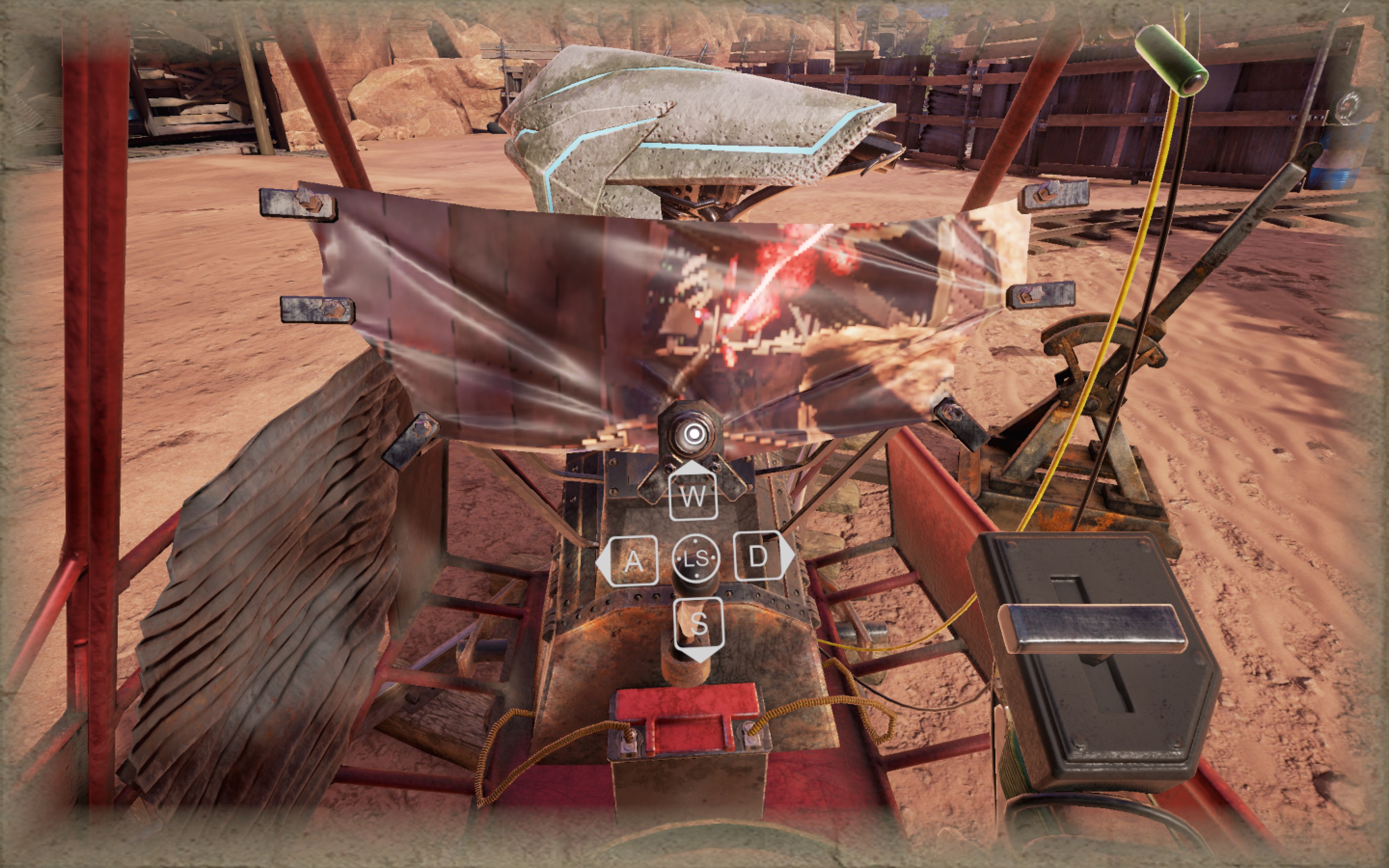 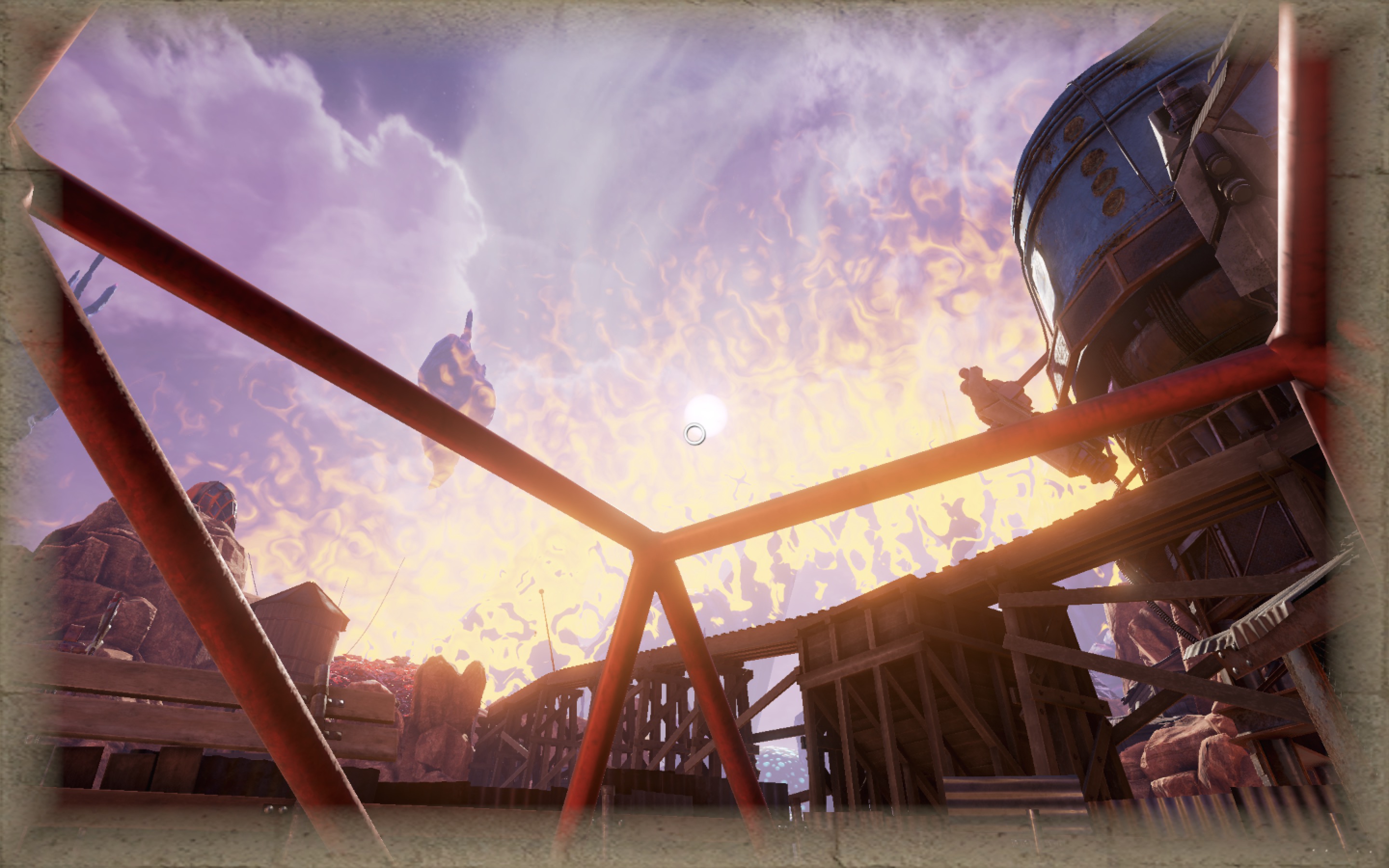 Back up along the track closer to the fence until you get a better angle. Target the red beam with the laser and bring down the dome. 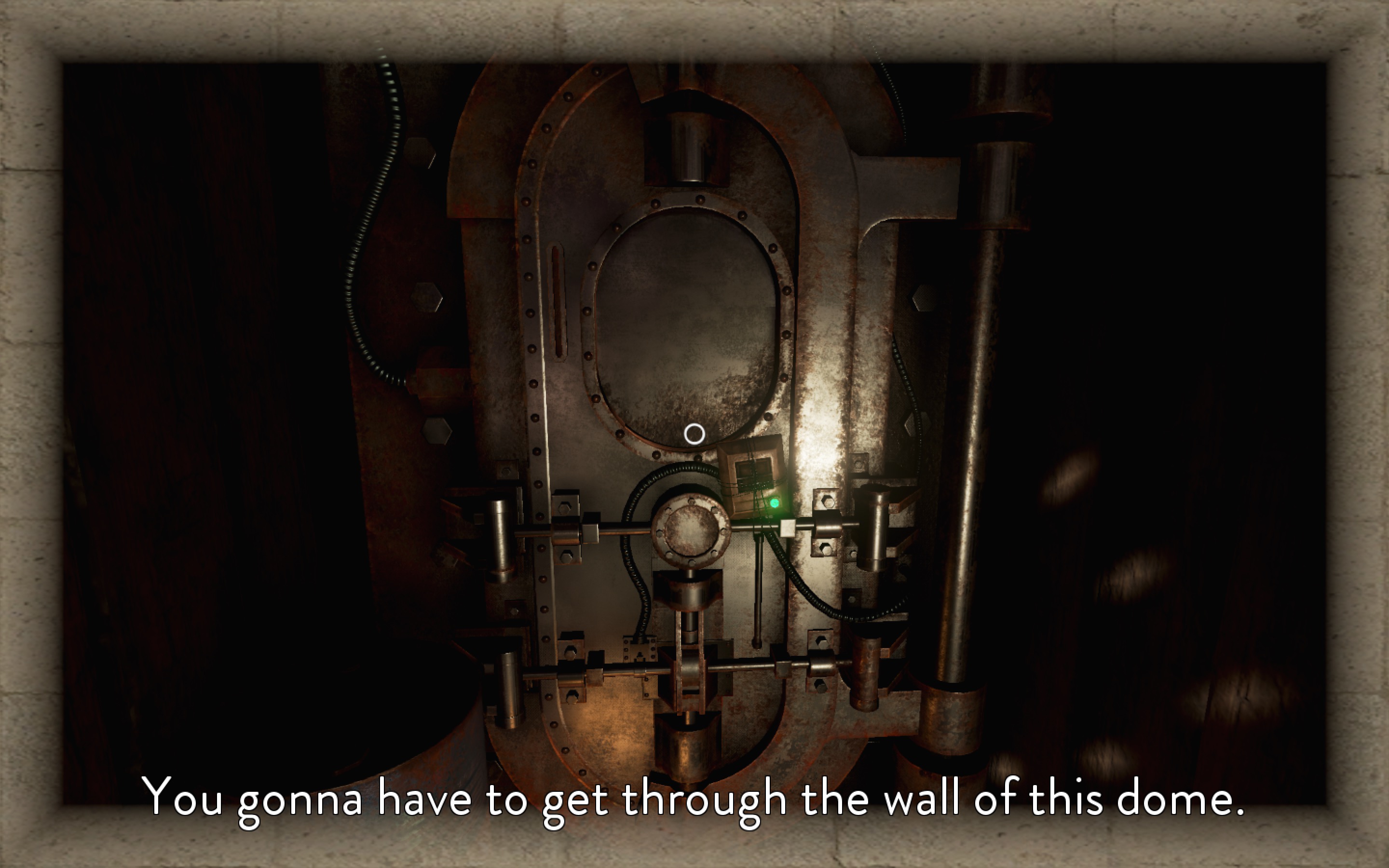 If you head back to check in with C.W., he'll remind you that you need to get through the dome. So, let's work on that.

1. Starting out and getting the lights on
Return to the top
3. Opening Farley's vault