Welcome to Kaptar. Just looking around you can see it's very different from Hunrath here — all vertical granite cliffs and giant machinery.

What you should know about Kaptar

A quick note before we begin the guide: There are always more stairs in Kaptar. There are several times where this guide will tell you to "climb the stairs all the way up" or "go down the stairs" to someplace. There are going to be landings with tight turns or corners that will look like the end of the stairway or path, but if what you see doesn't match the images below, look carefully for more stairs. We cannot stress this enough. If you ever get stuck playing on your own or can't find the location shown in this guide, look for stairs nearby. (Seriously. This happened to us more than once. A lot more than once.) 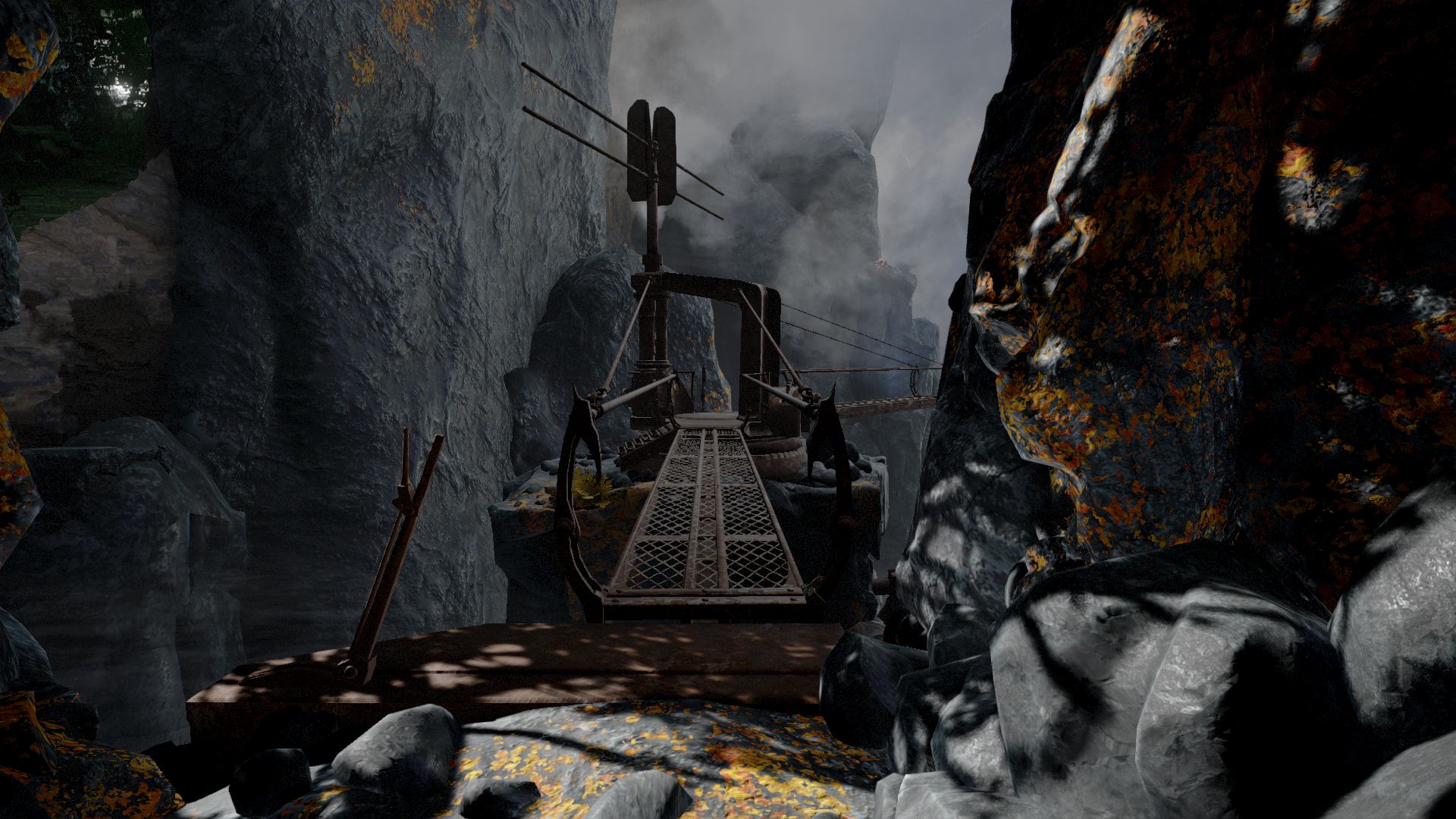 From the Swap Machine, turn left and start following the path. You'll soon come to an odd bridge.

You can cross the first arm of the bridge, but the second arm is hanging out in midair. Drop down the stairs on the back/left side of the bridge. 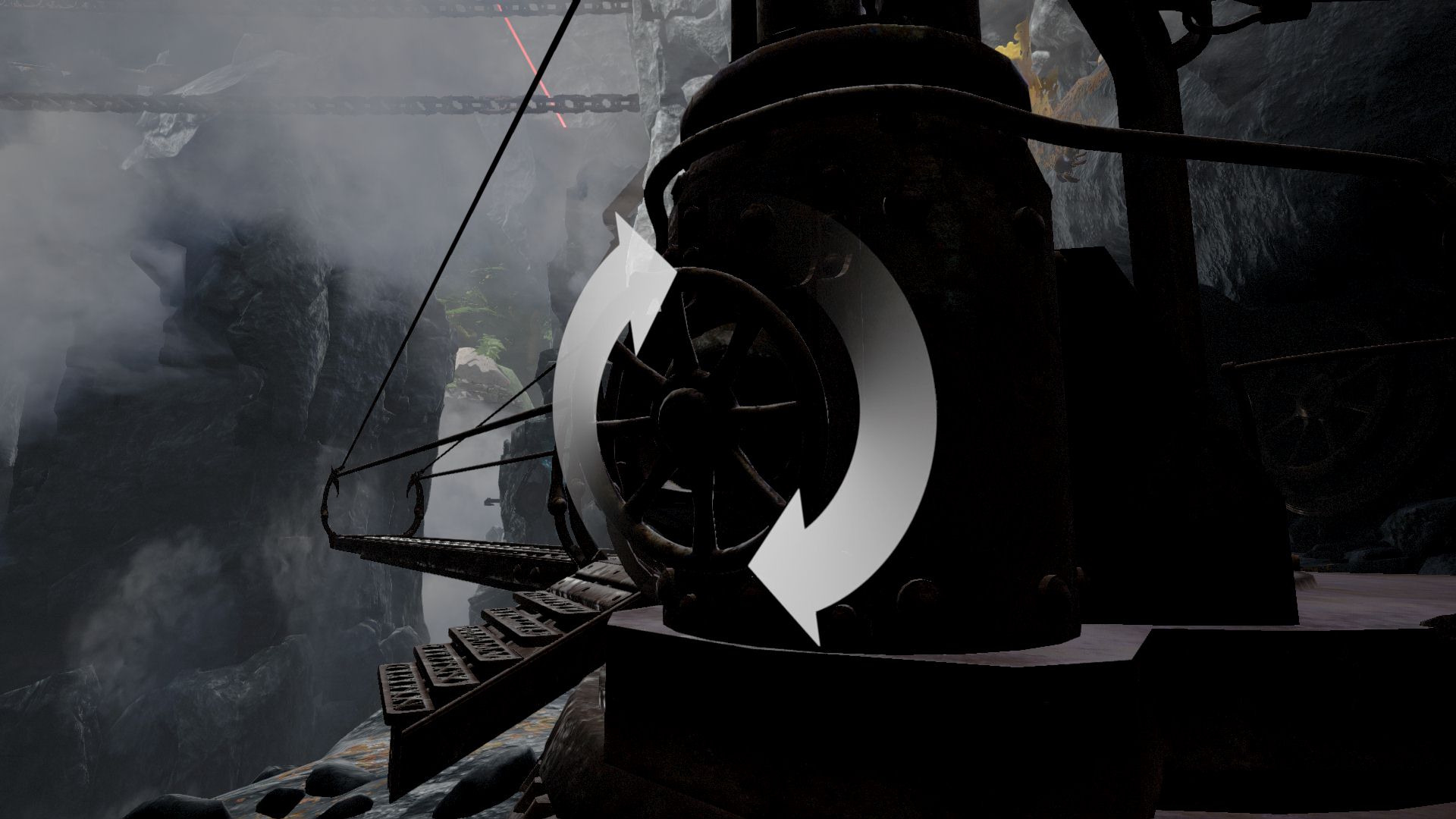 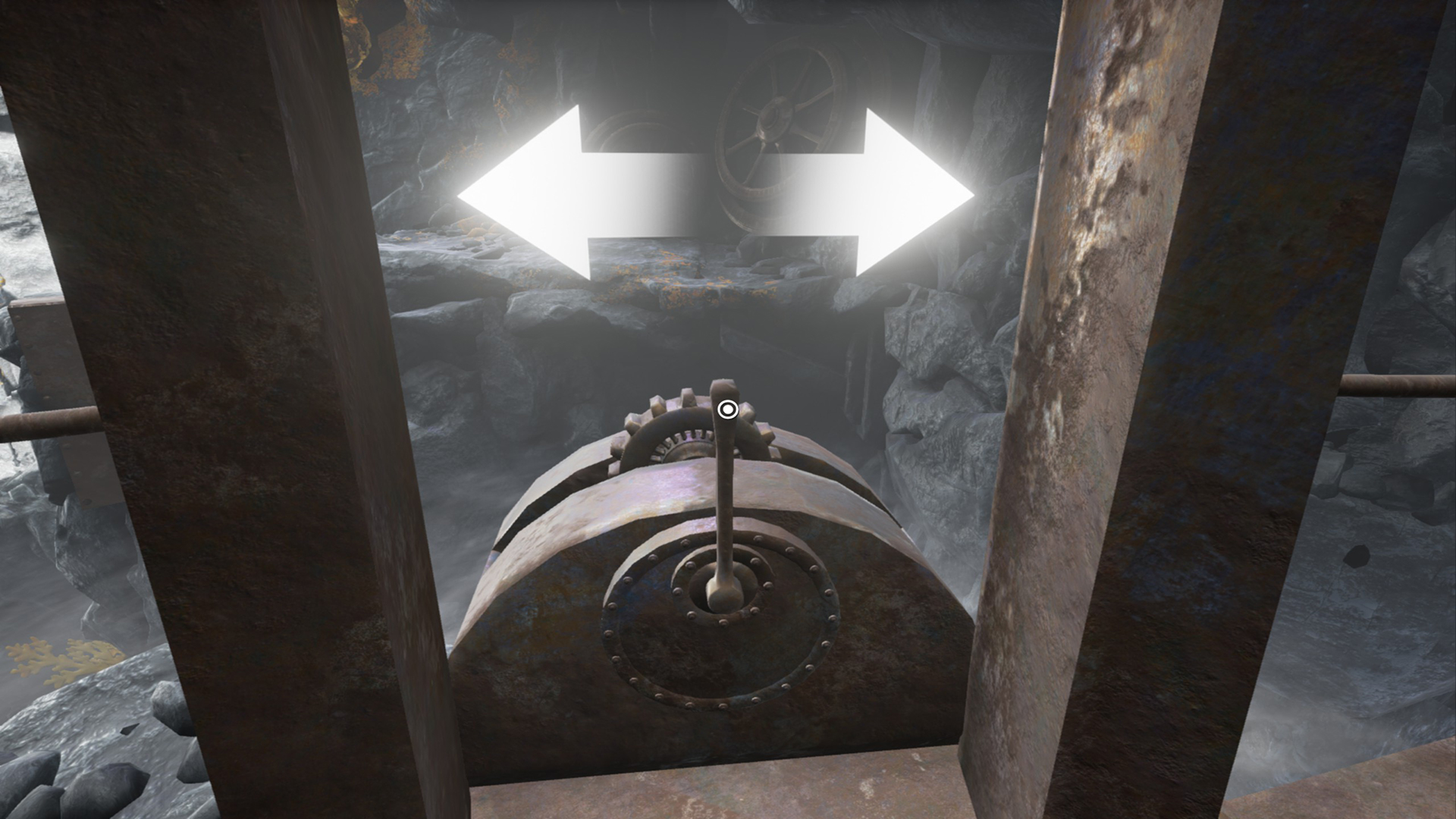 Turn the wheel you find here to activate the bridge mechanism. Climb back into the bridge and use the lever in front of you. Push it to the right to swing the bridge around. 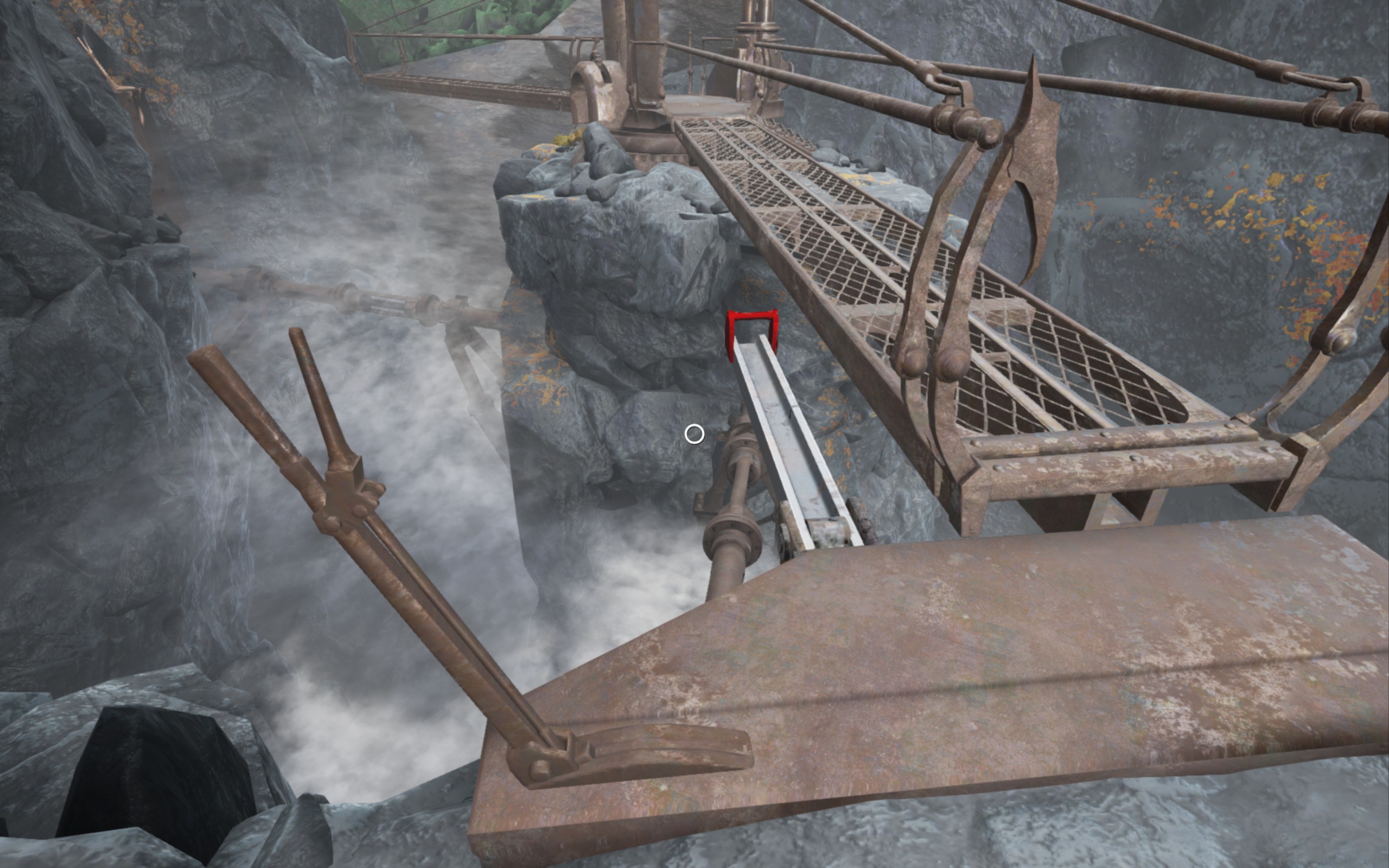 Once you step off the bridge, turn around and interact with the silver bar with the red handle. This is a sort of lock preventing the bridge from swinging farther. This doesn't matter right now, but it'll come up soon. 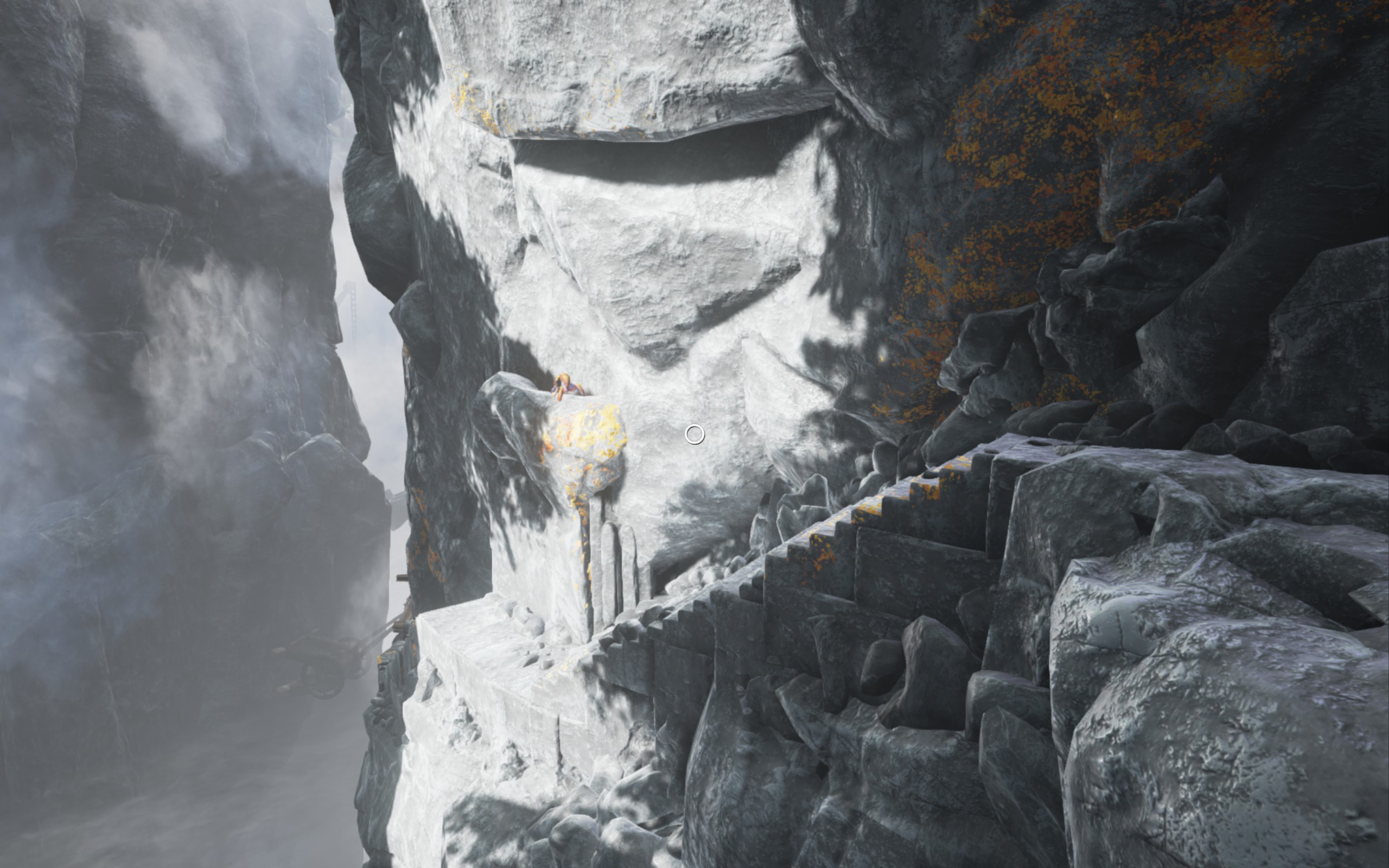 Turn back around and start heading down the path. There are a few twists and turns along the way, but this path doesn't branch off at all. 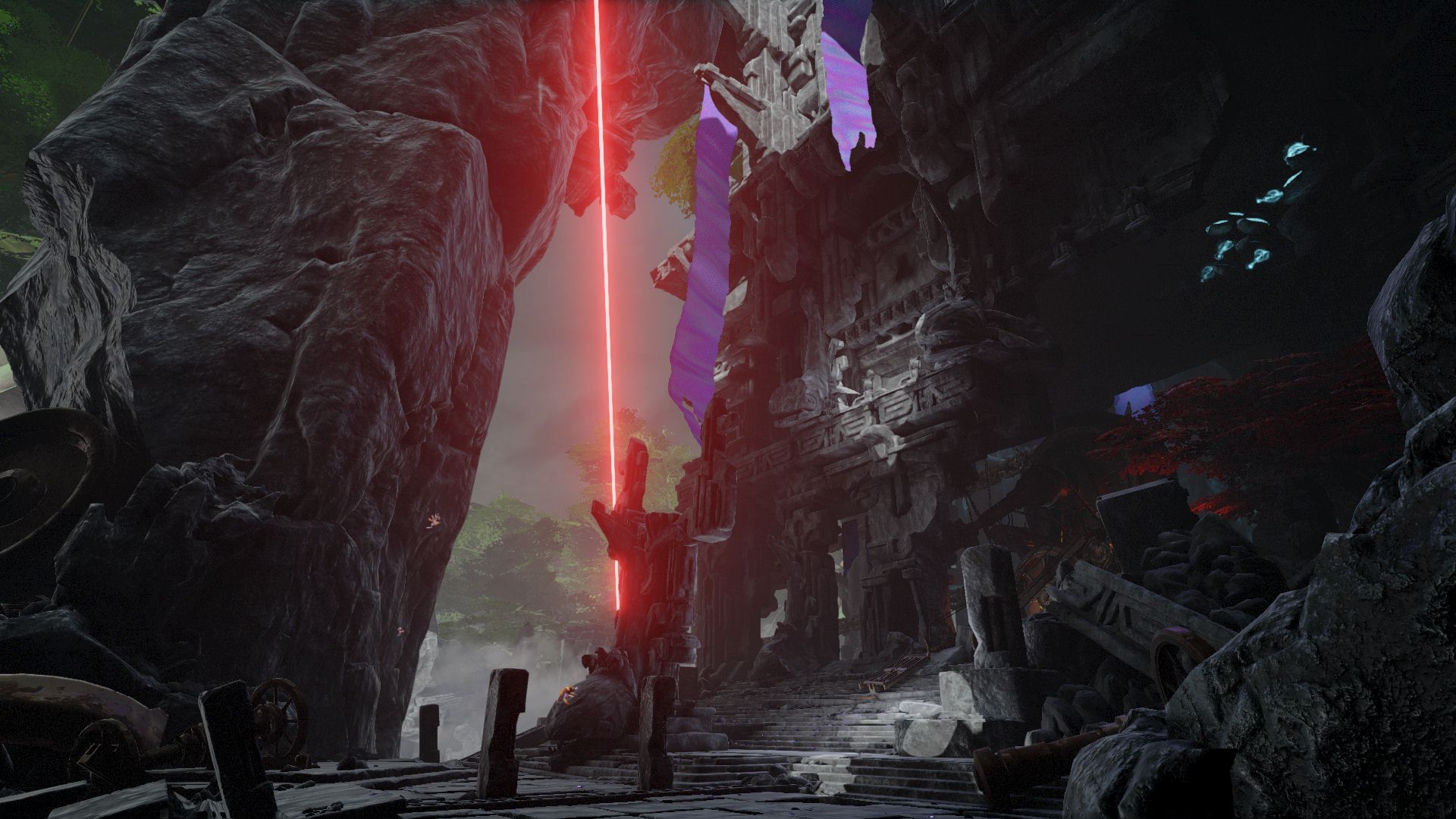 Eventually, you'll arrive at a temple with a familiar red beam nearby. Just like in Hunrath, there are a few steps you'll have to take to get everything in Kaptar straightened out — disable the red beam, turn the power back on and water the Tree. 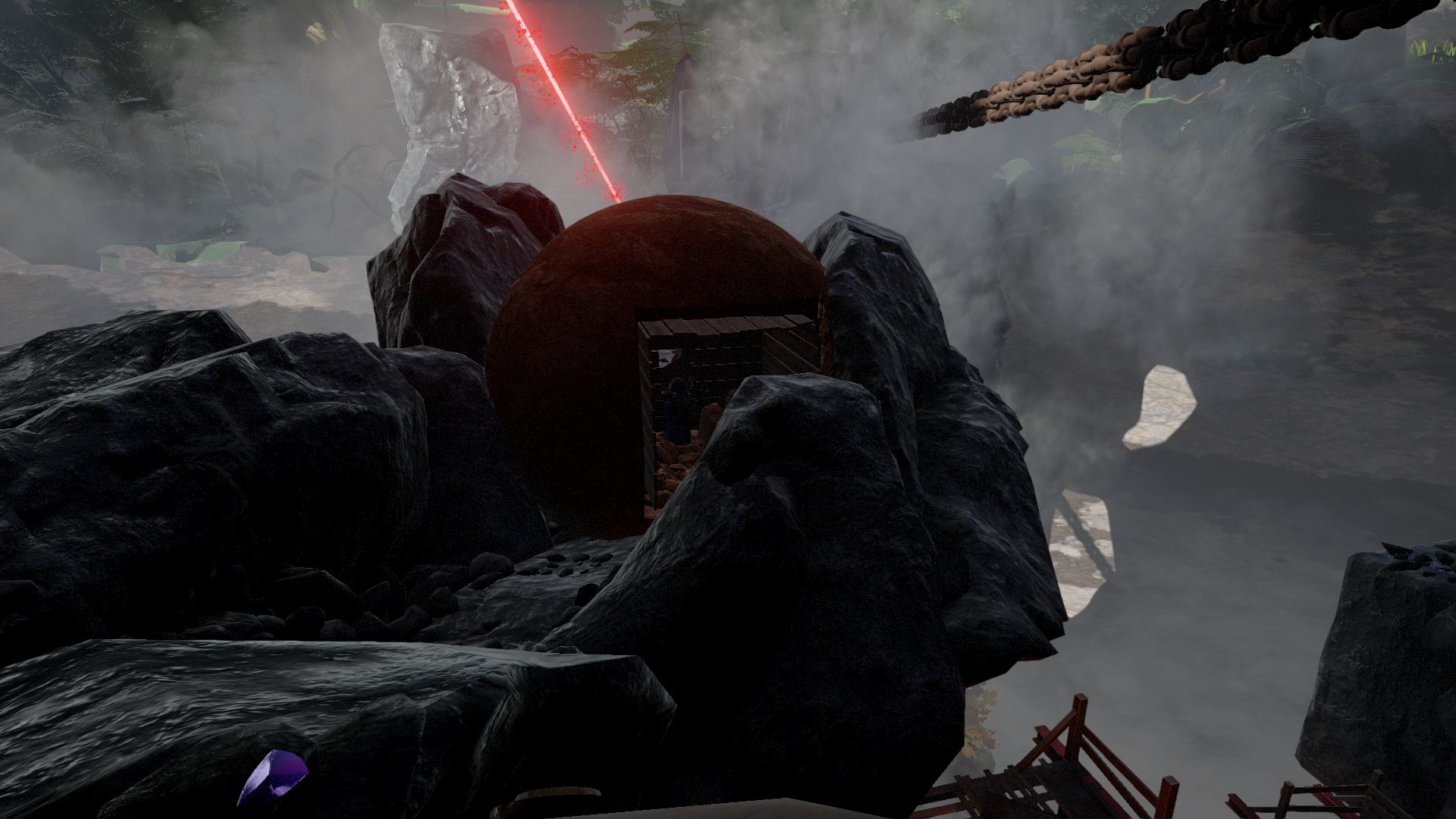 Head about halfway up the temple steps and keep walking toward the red beam. You'll be able to see a path down to a sphere (complete with wood paneling) that looks a lot like it was cut out of Hunrath. 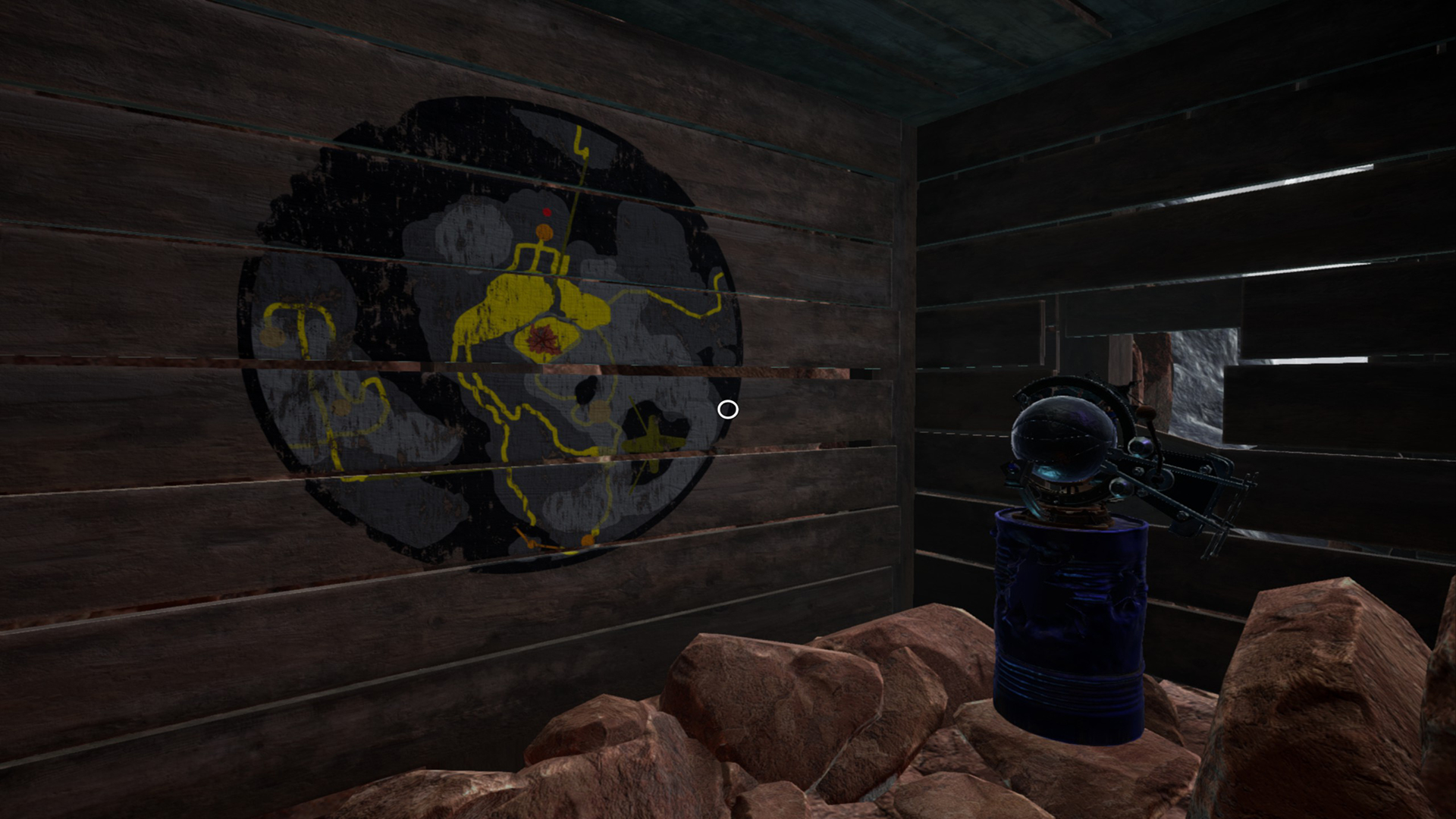 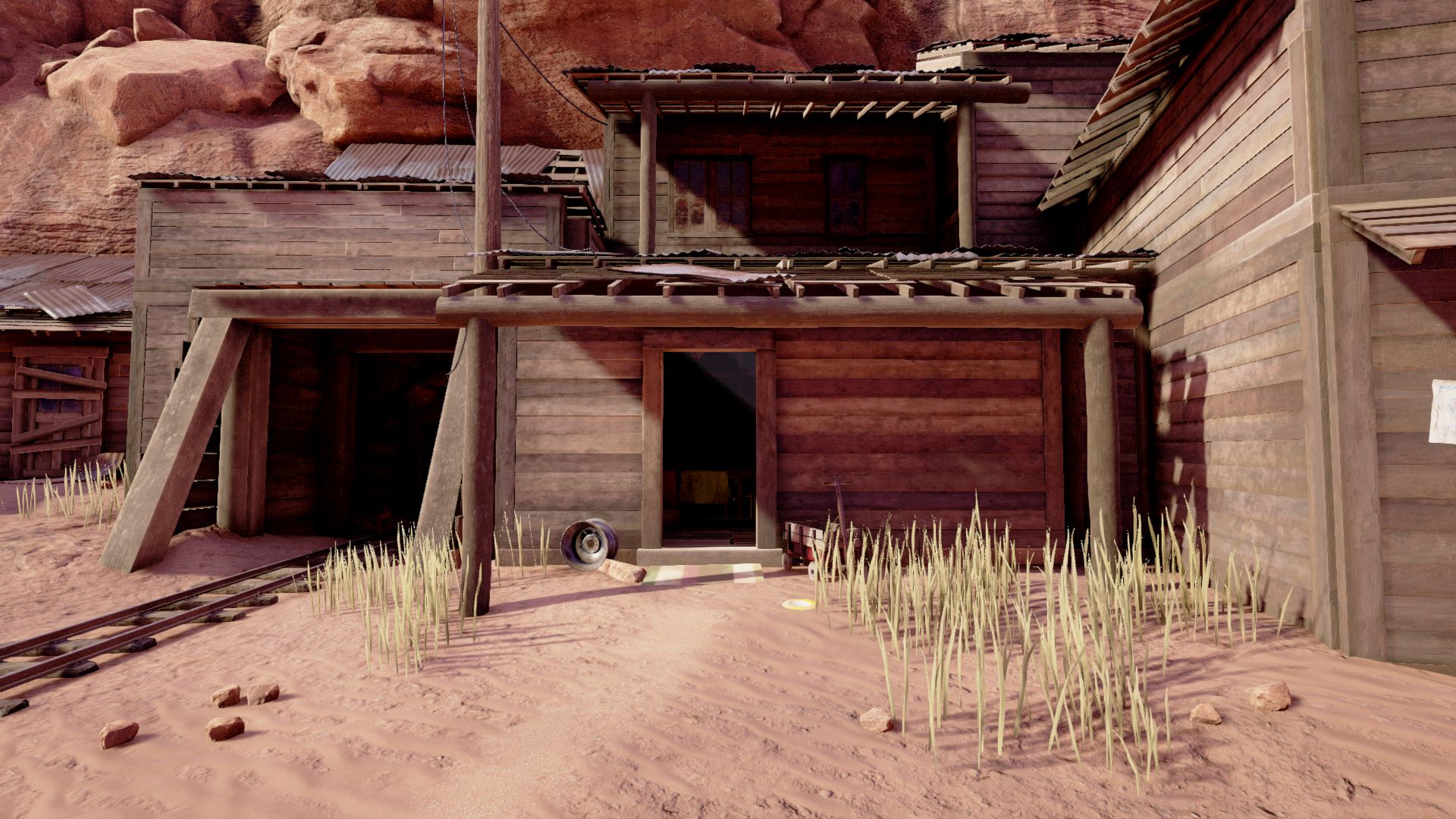 Inside, you'll find a map of Kaptar and another Swap Machine. There's a window you can look through to see the red beam emitter, but there's no way to get to it and, besides, there's no blue beam to destroy it with.

Use the Swap Machine to travel back to Hunrath. You'll be transported to one of the buildings in Downtown Hunrath. There's a minecart track next door that runs right behind the Swap Machine. How convenient. 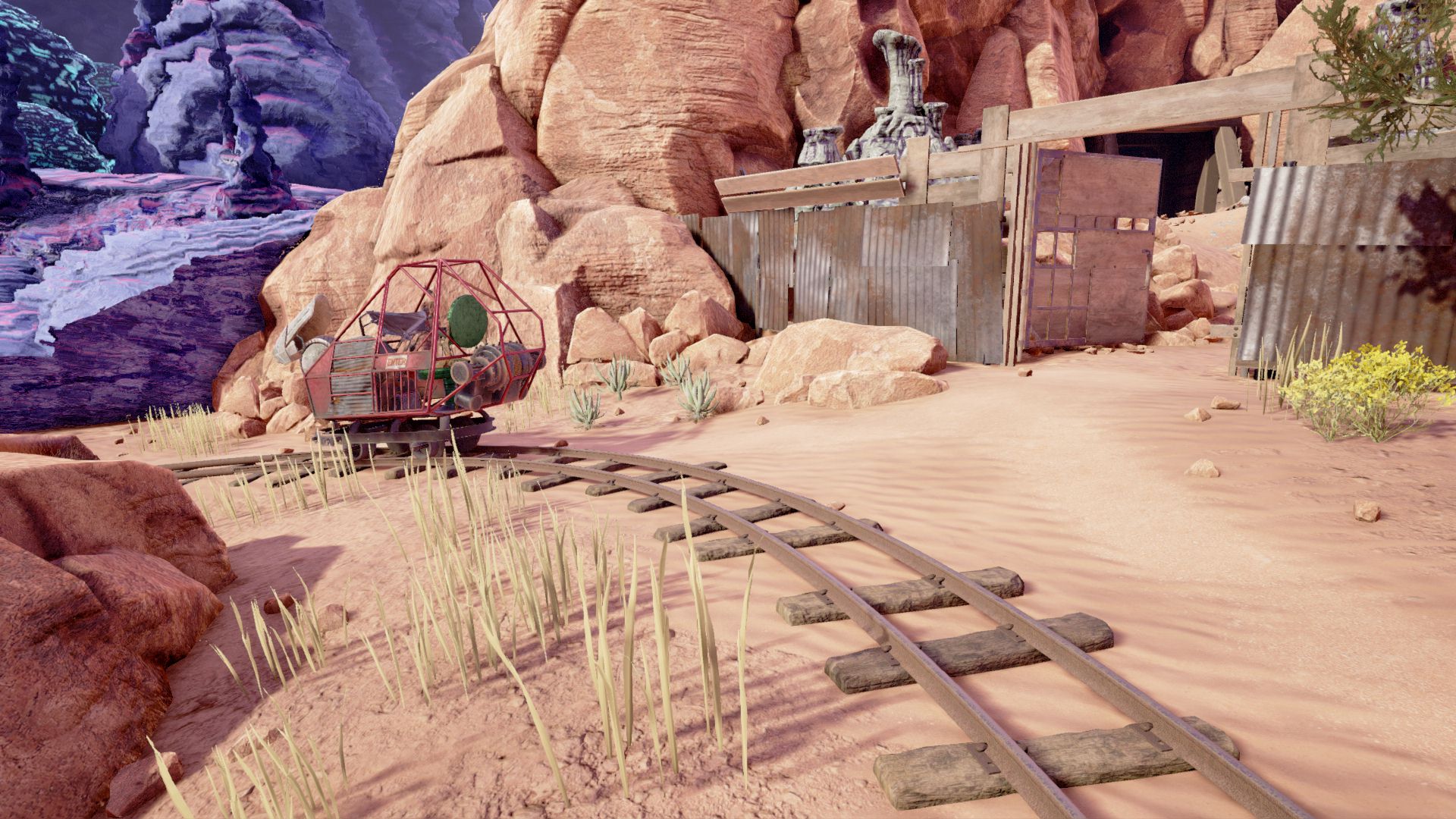 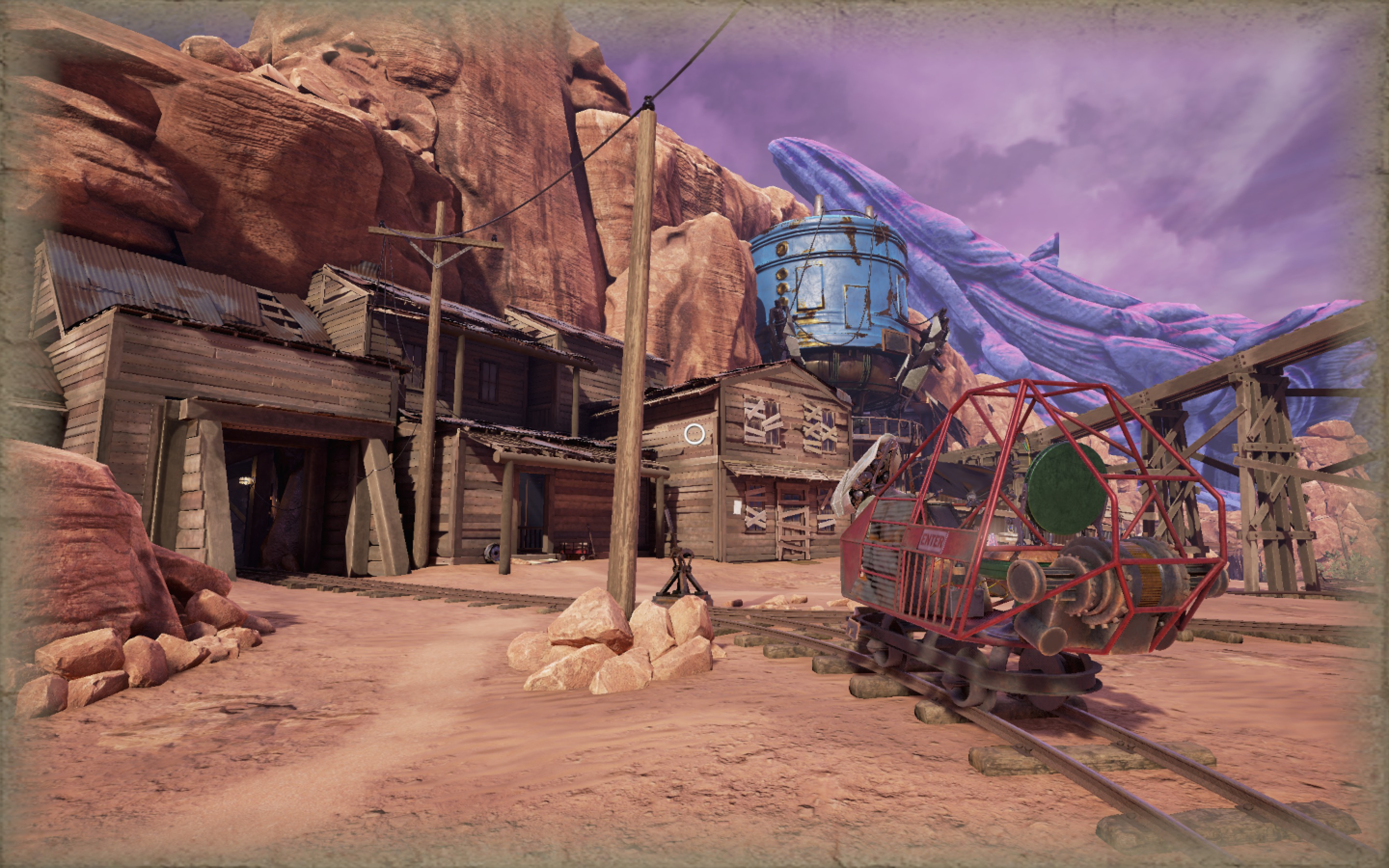 Drive the cart back to the building in Downtown Hunrath. You'll have to throw a couple switches along the way, but you're mostly just backtracking the first time you moved the cart. 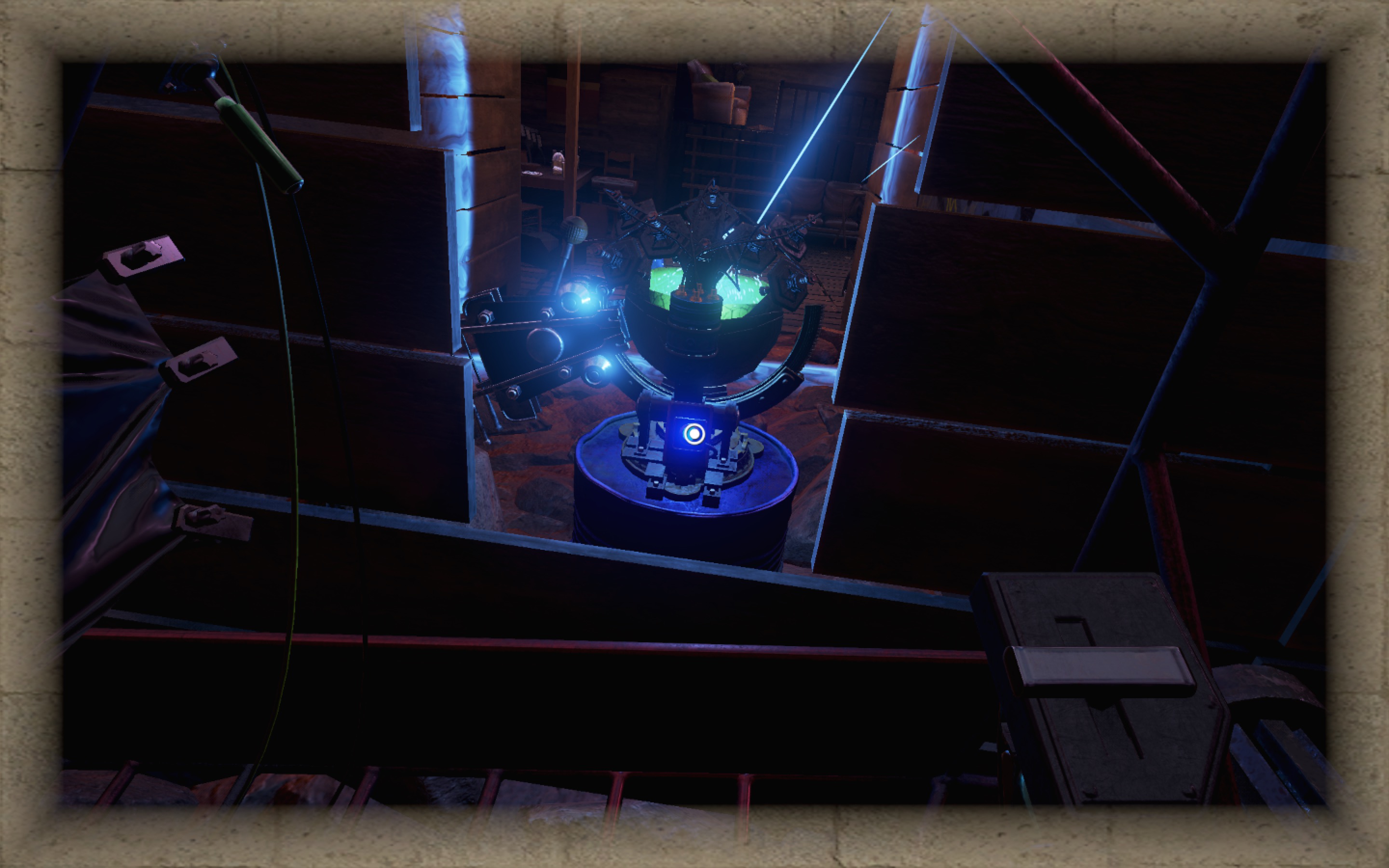 Once you and the cart are behind the Swap Machine, you can access it through the window. Use it to travel back to Kaptar. 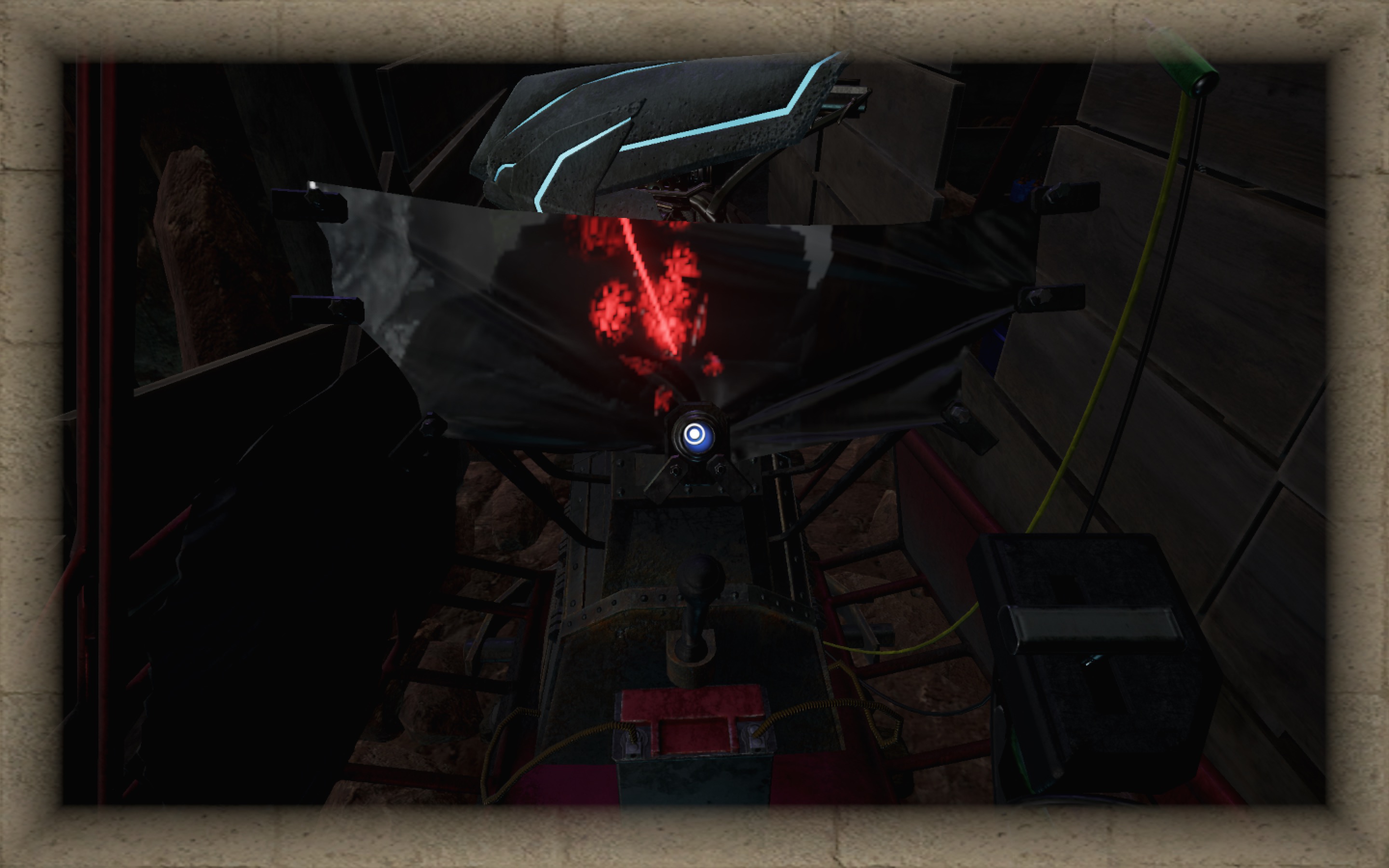 Back up as far as you can and switch to the laser controls. Point the laser at the beam to destroy it. 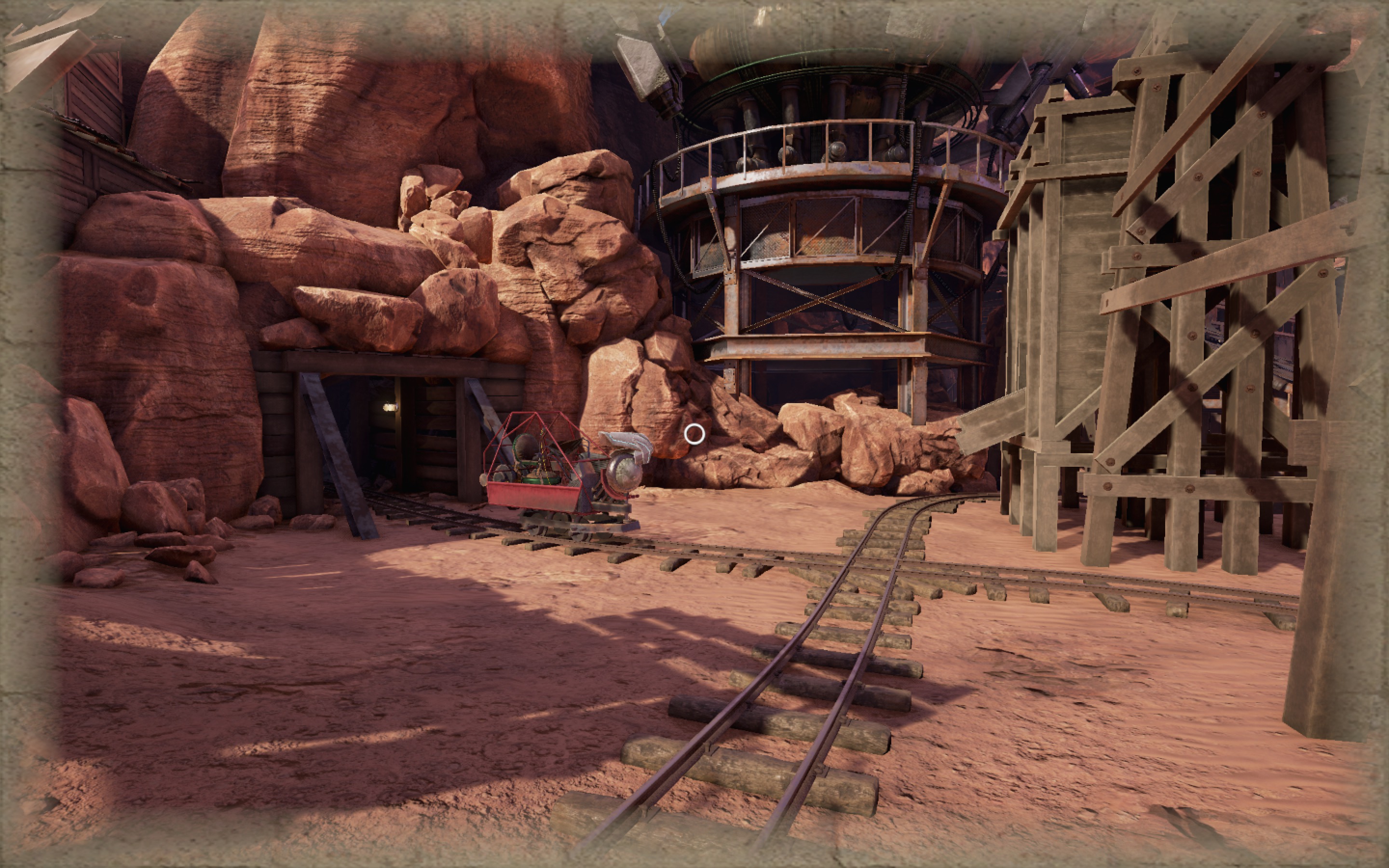 Hunrath 7. Swap Machines and the path to Kaptar
Return to the top
2. Engaging the turbine