After you have destroyed the red beam, start retracing your steps out of the Villein building. When you return to the main path, directly across from you, there's a gap in the rocks that leads into a tunnel. Follow that tunnel. 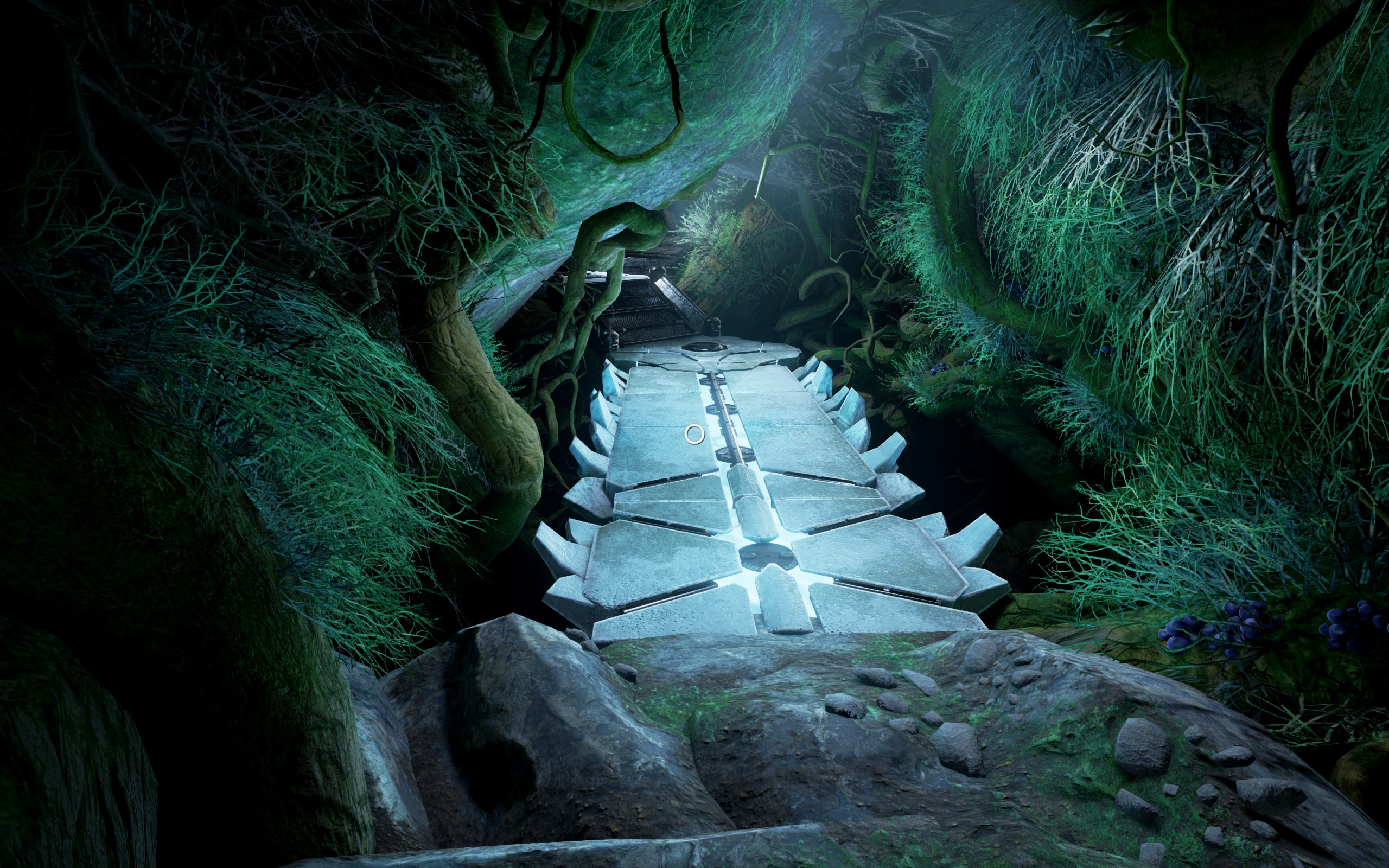 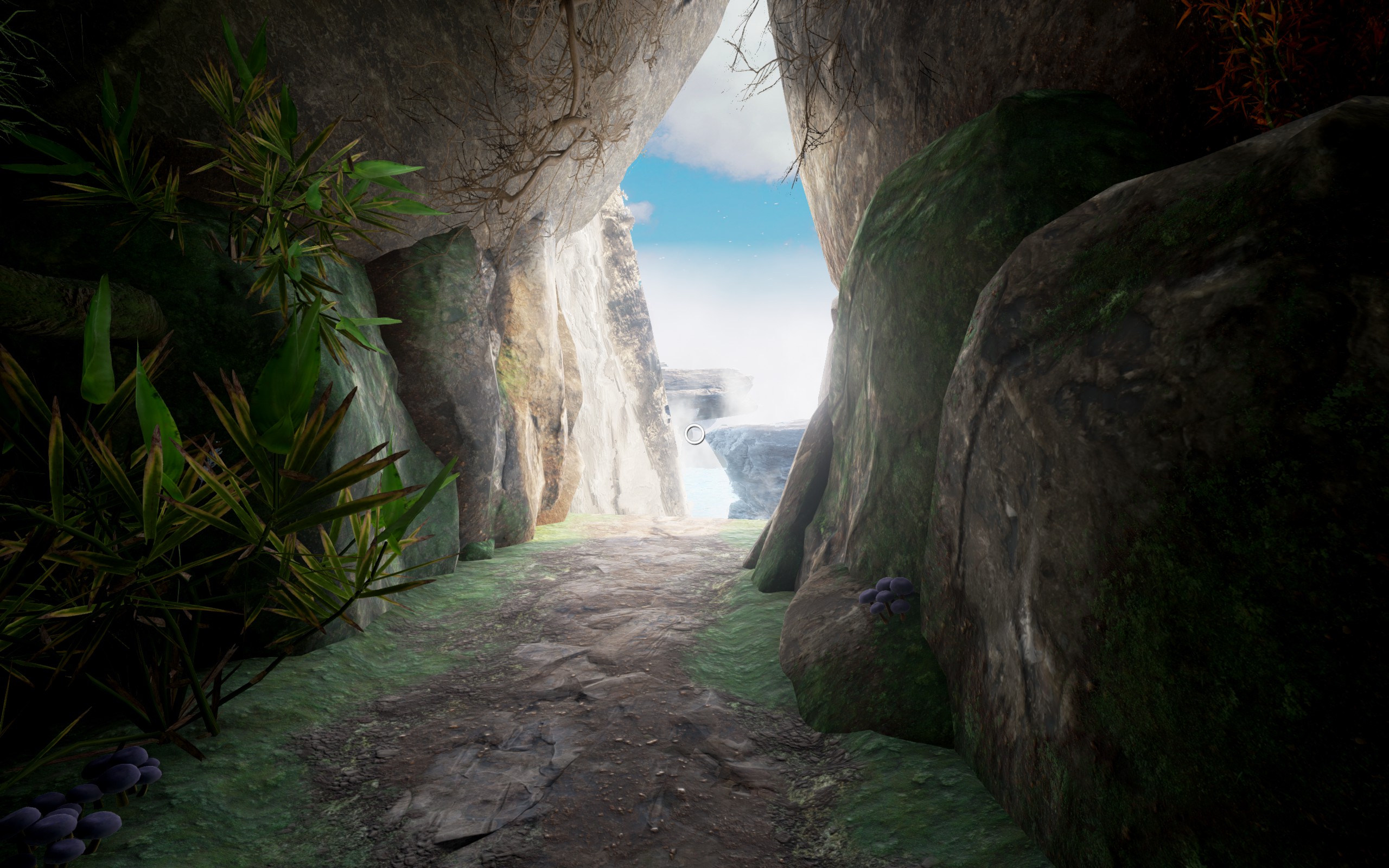 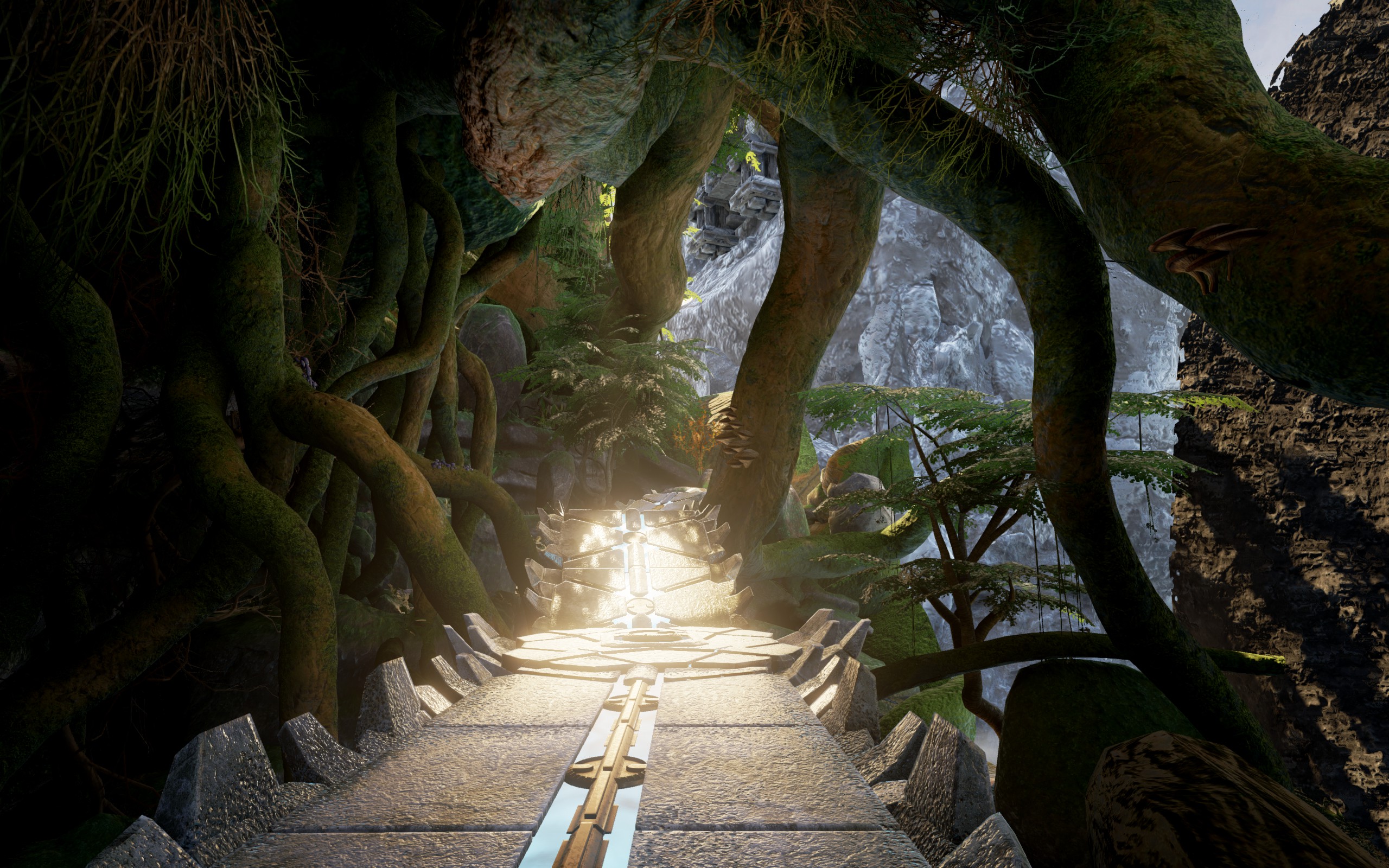 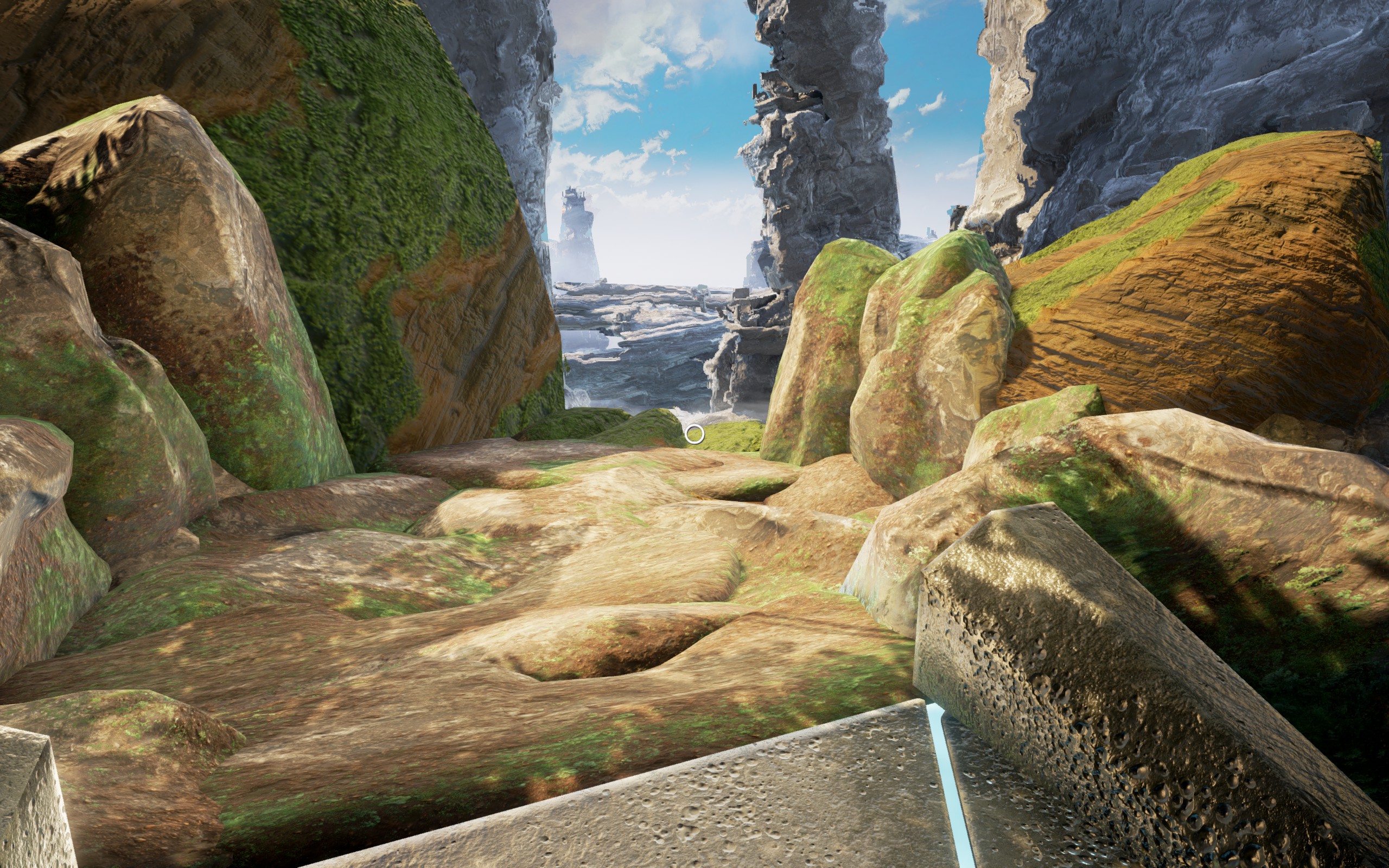 There are no branches on this path, so just keep following it. You'll pass through the dome wall twice on your way to your next destination. 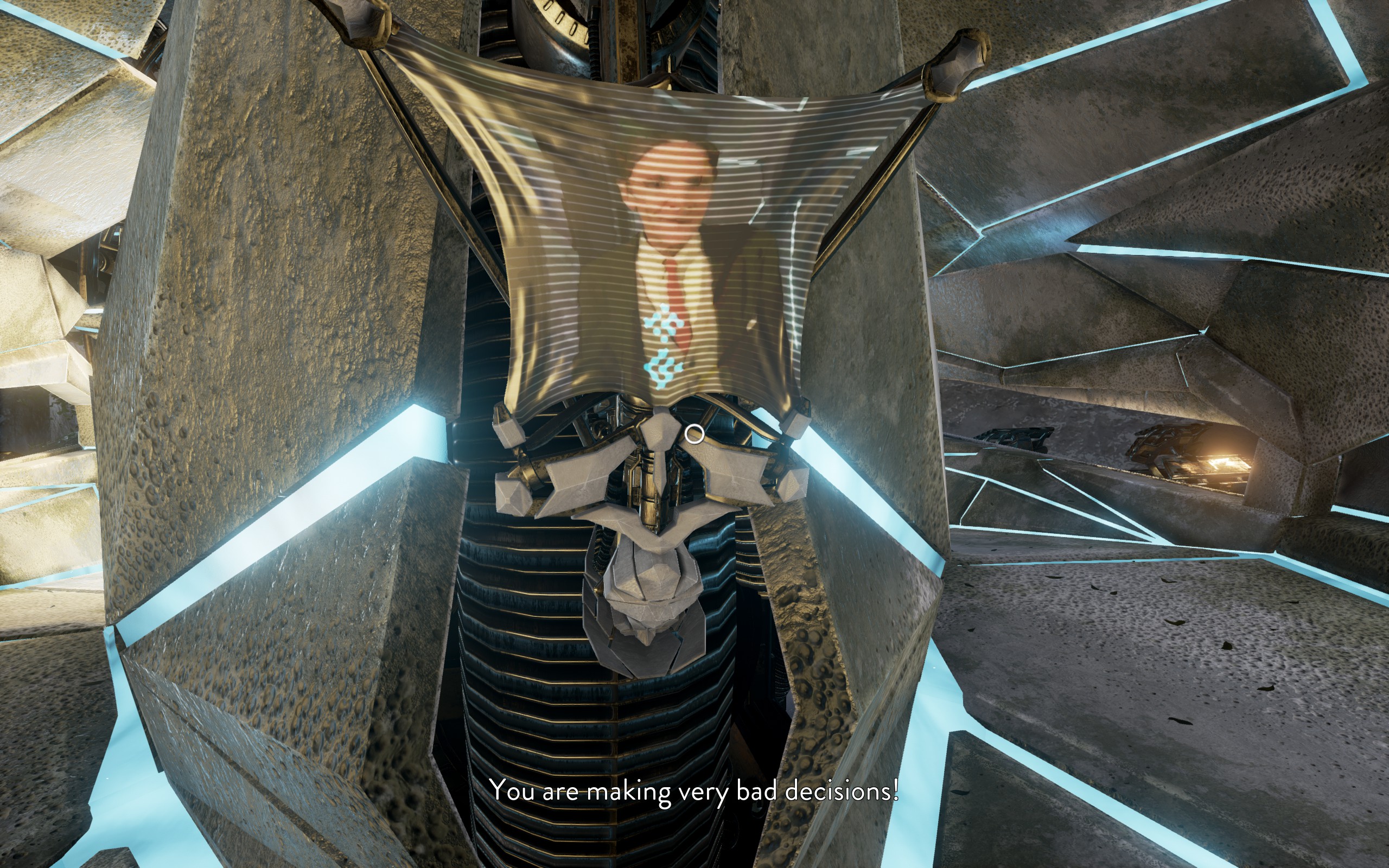 The path will eventually deposit you in another Villein structure. Here, you'll get more messages from Mayor Faux-sef. If you watch closely, you'll see that he's got the same red flicker you've seen in other Mofang projections. 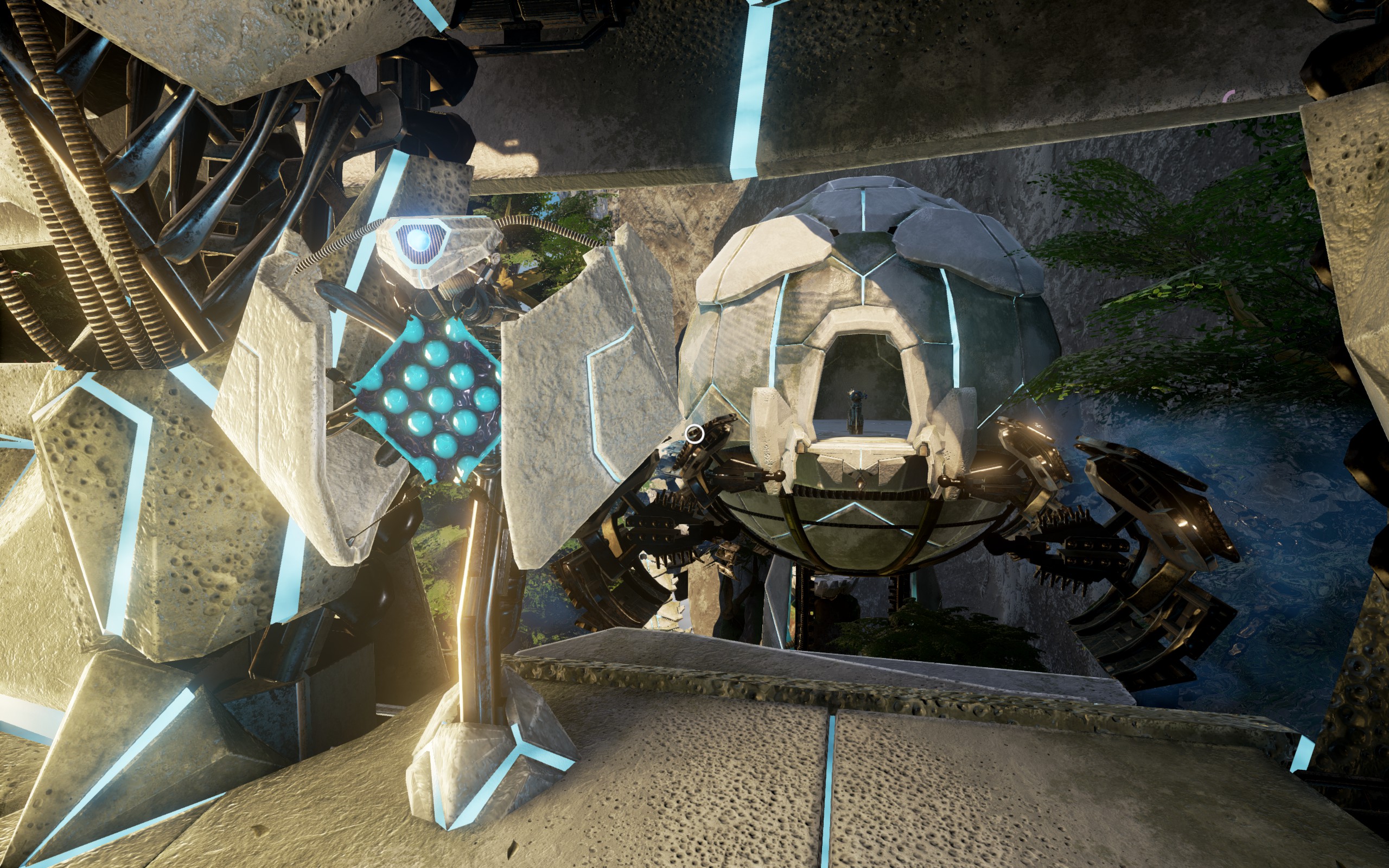 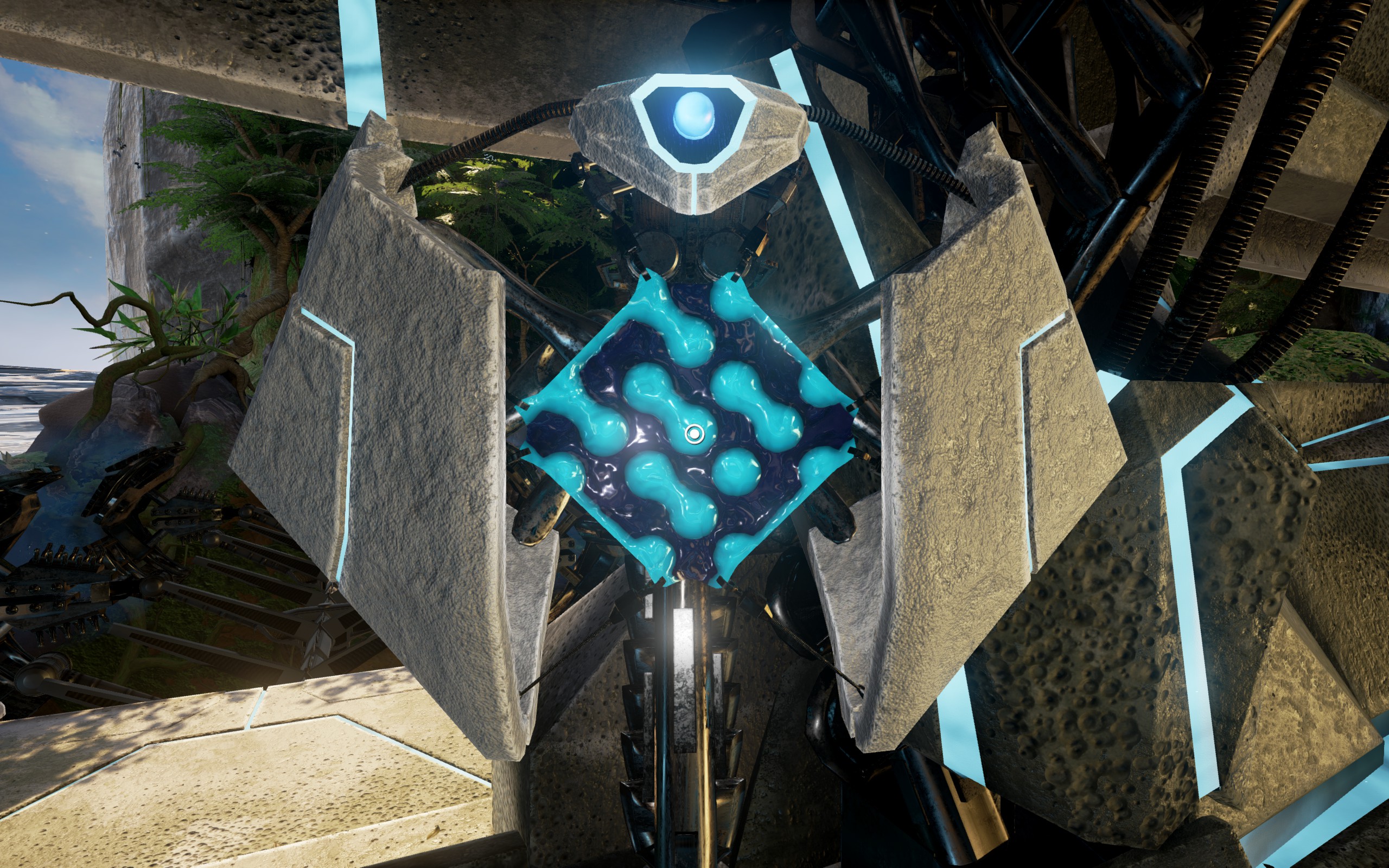 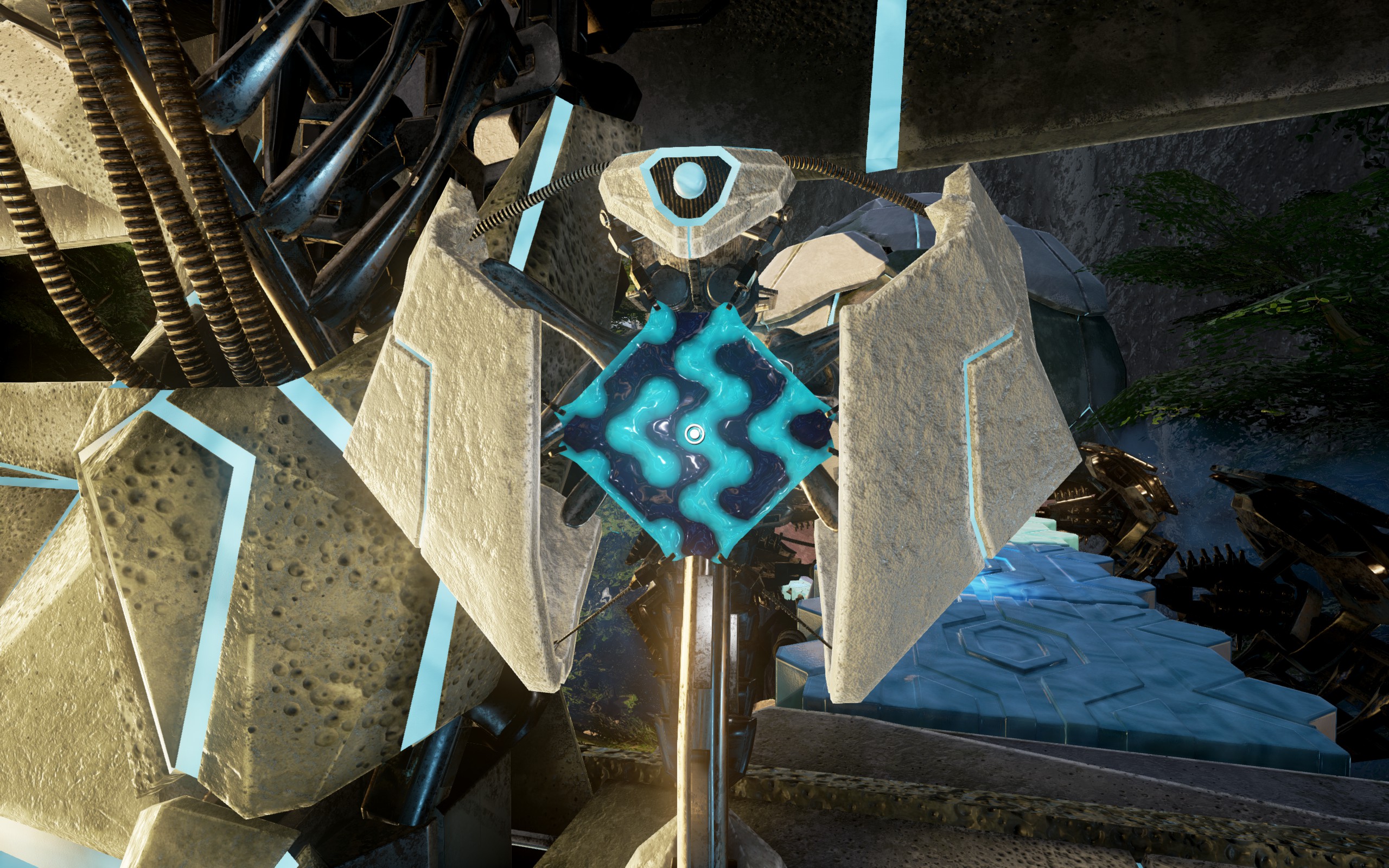 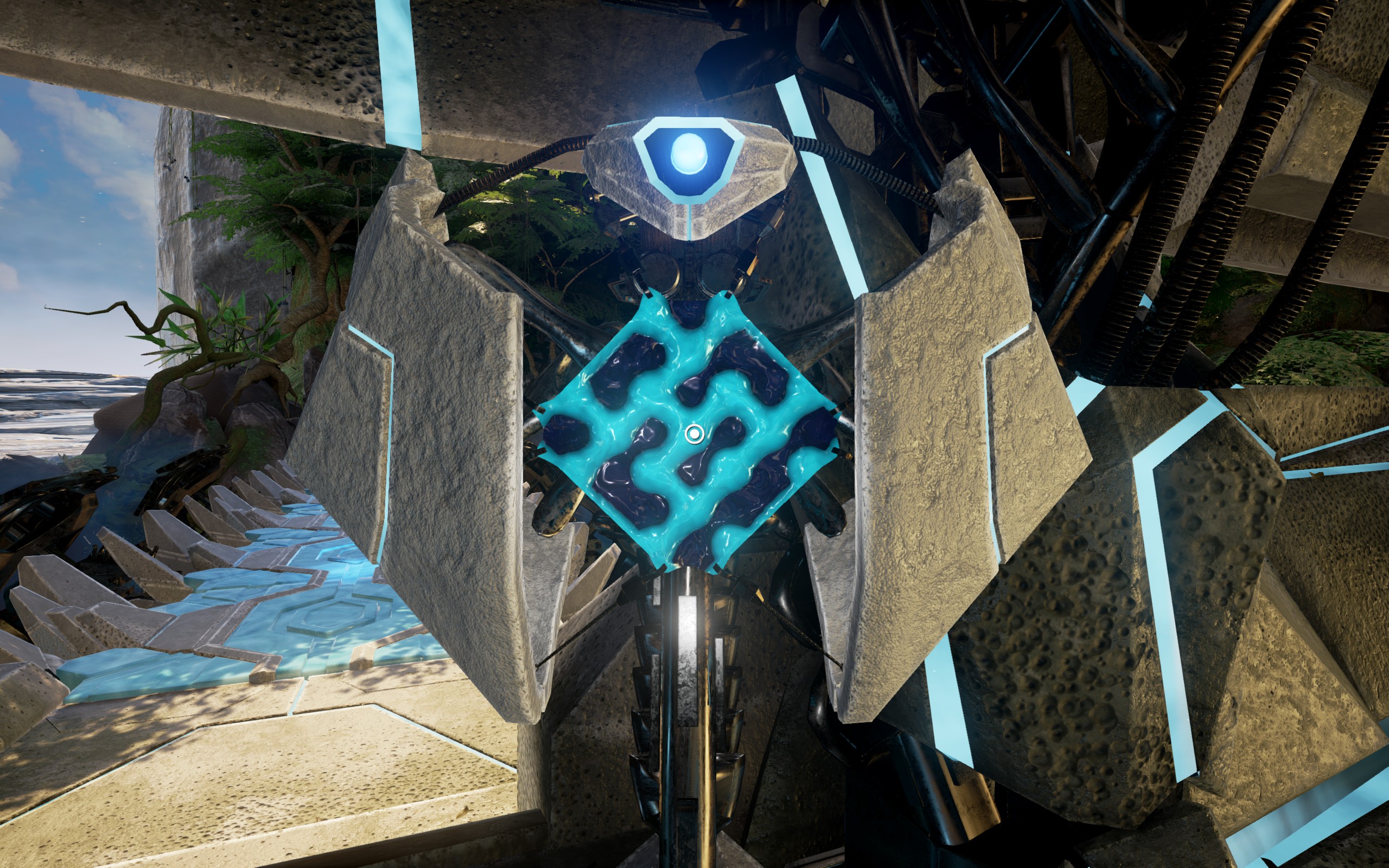 On either side of the building, you'll find two Villein input devices. These devices control the bridges. They don't operate on a code, though. The input areas have room for five digits. The bridges have five sections. Your task is to put a value in each digit of the number. A value of '1' creates a frame, but nothing to walk across. Values of two or three create surfaces. We recommend filling in two because it's faster (but more importantly, it's more fun to draw squiggles). 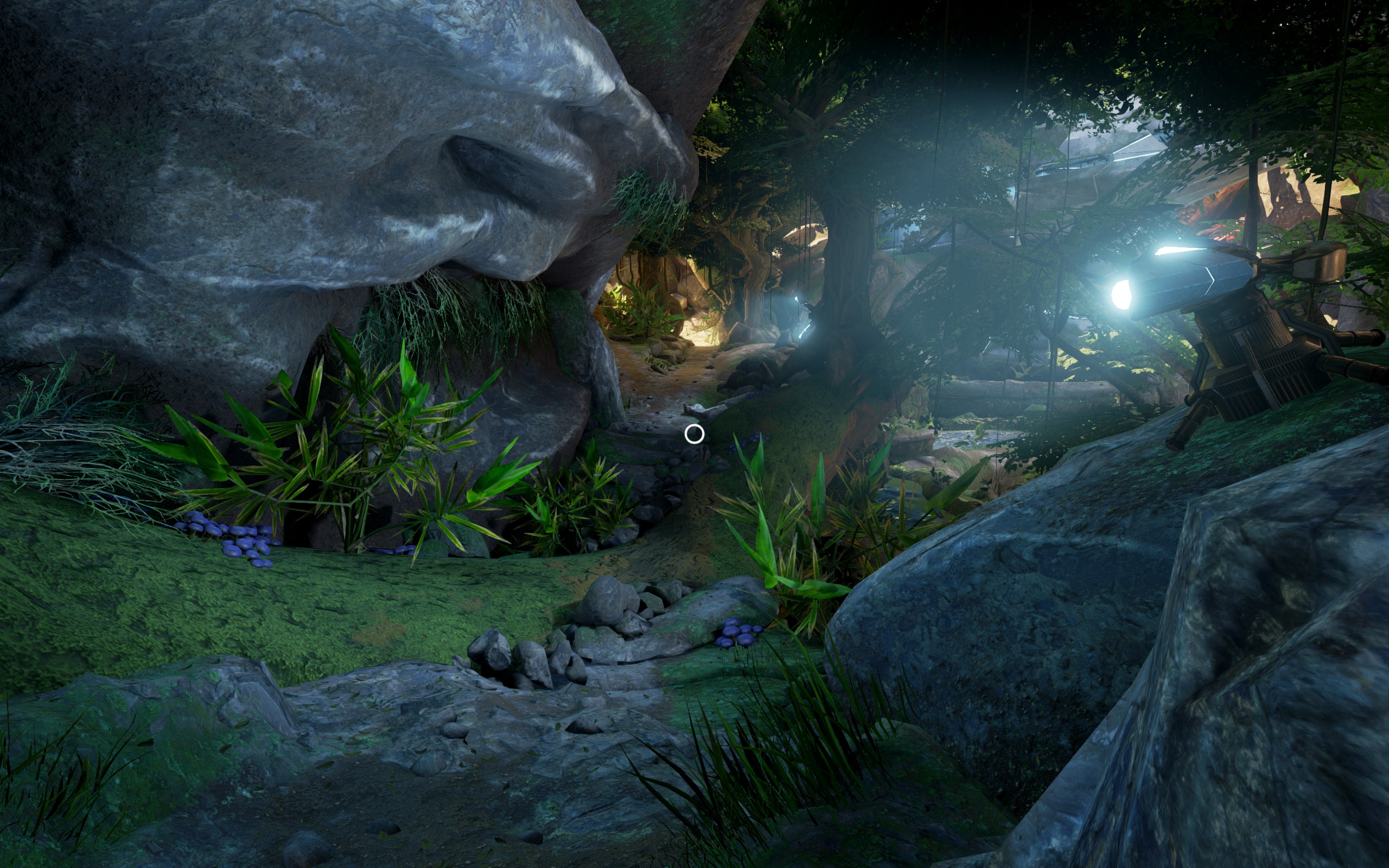 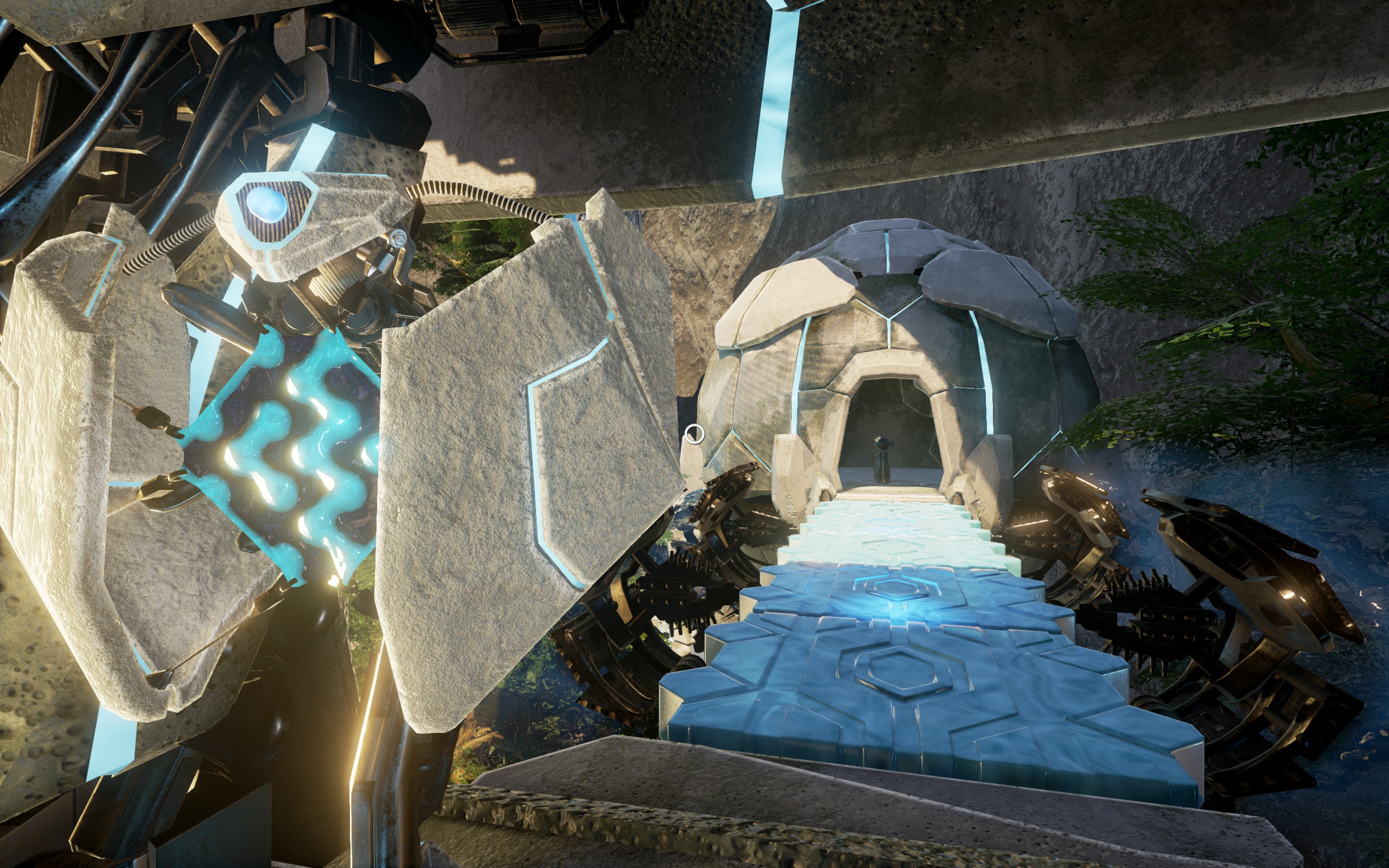 1. Don't panic
Return to the top
3. The Gauntlet