Share All sharing options for: Obduction walkthrough: Mofang 1: How to get to to Mofang

Follow the hose supplying water to the Tree in Maray through the portals to return to Hunrath. You'll arrive at the roots of the Hunrath Tree. Head up and out. 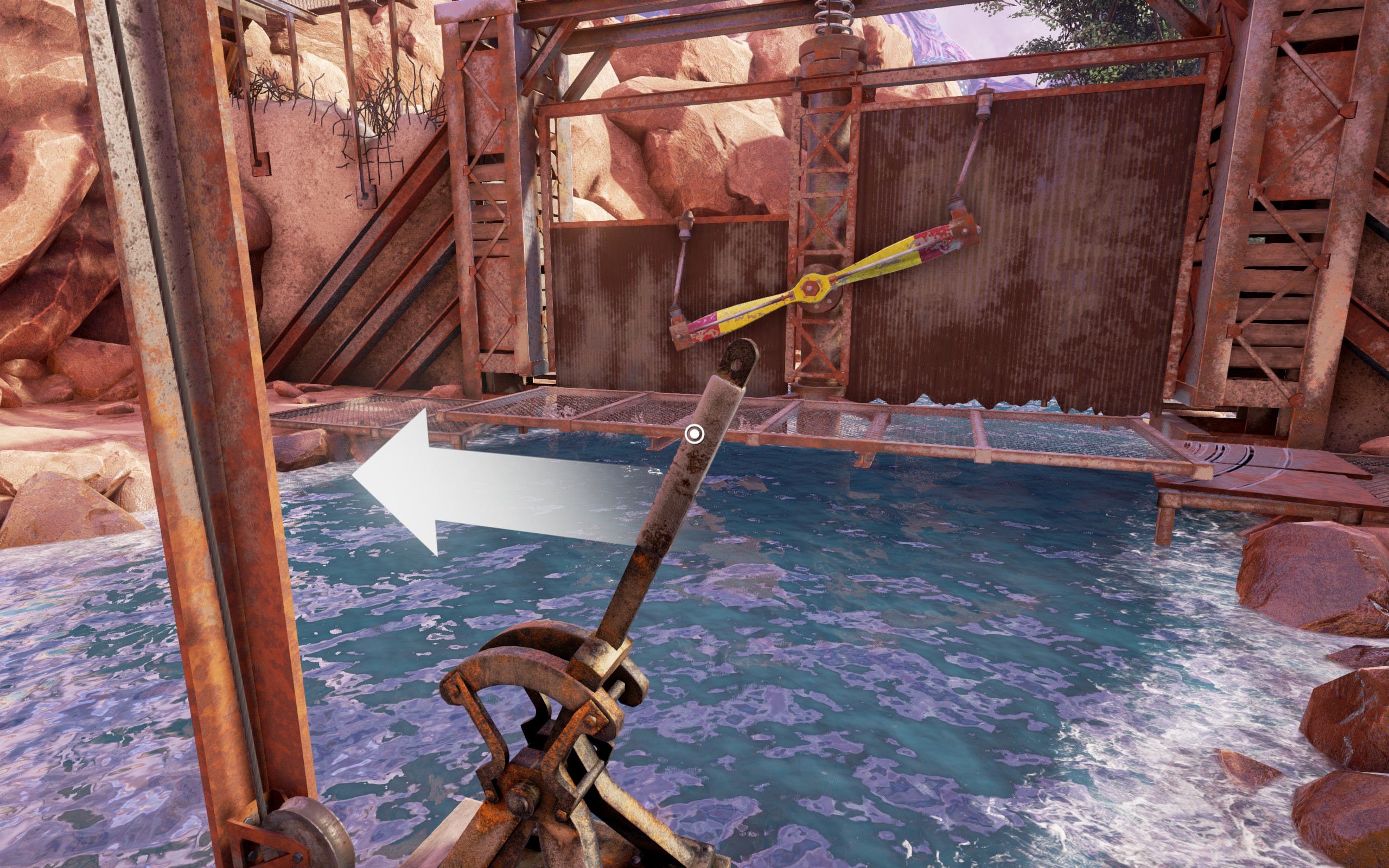 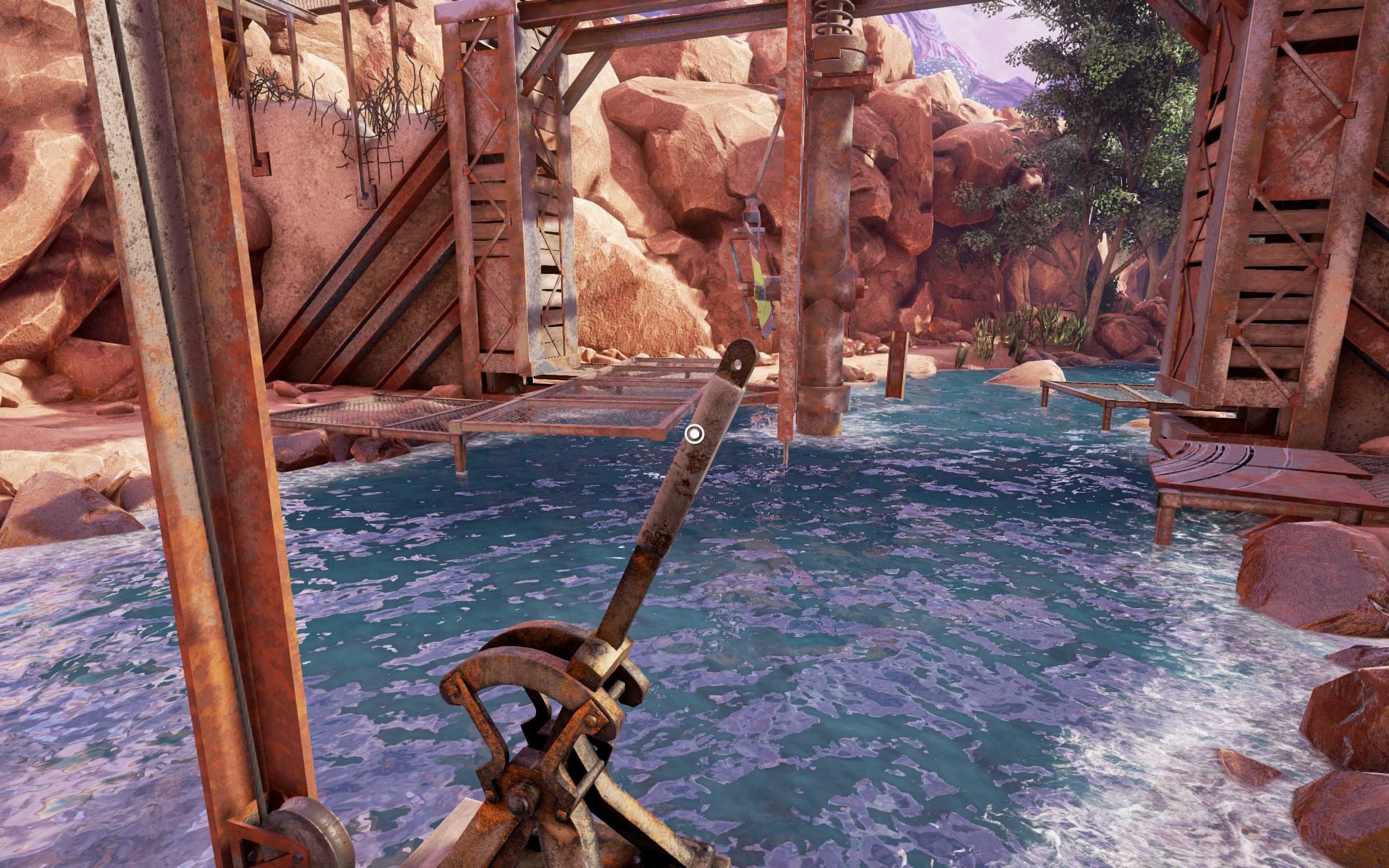 Exit out of the Tree area on the Downtown Hunrath side, and make your way over to the swing gate controls. Once there, drop the left side and throw the switch to rotate the swing gate all the way to the other side.

The next place you'll be heading is the scrap yard. Since the gate is no longer an option, you can get there by going the same way you originally went, going through Farley's house or going through the Mayor's vault. 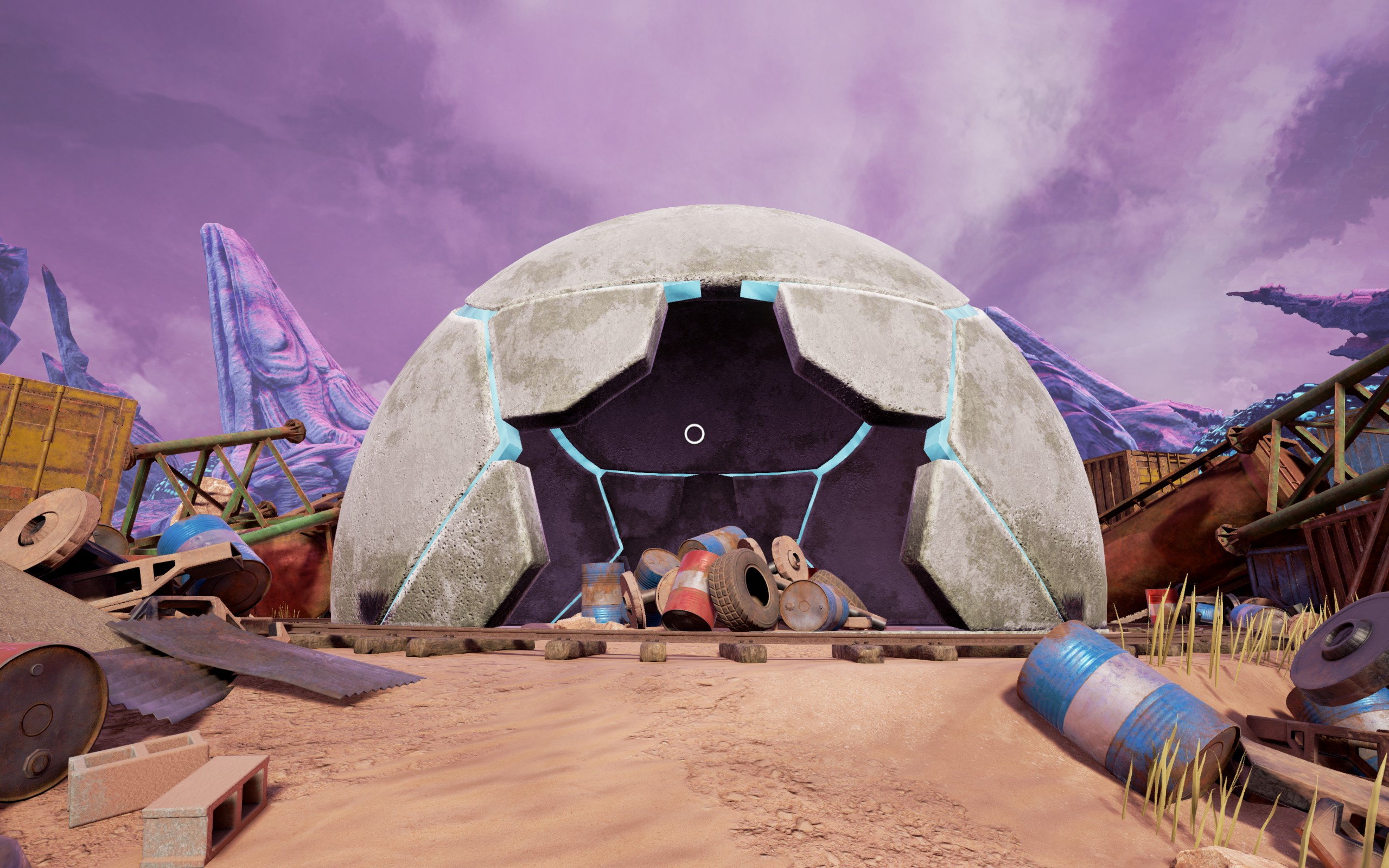 No matter how you get there, your target is near the whale — where you swapped that first chunk of Maray before the Gauntlet. 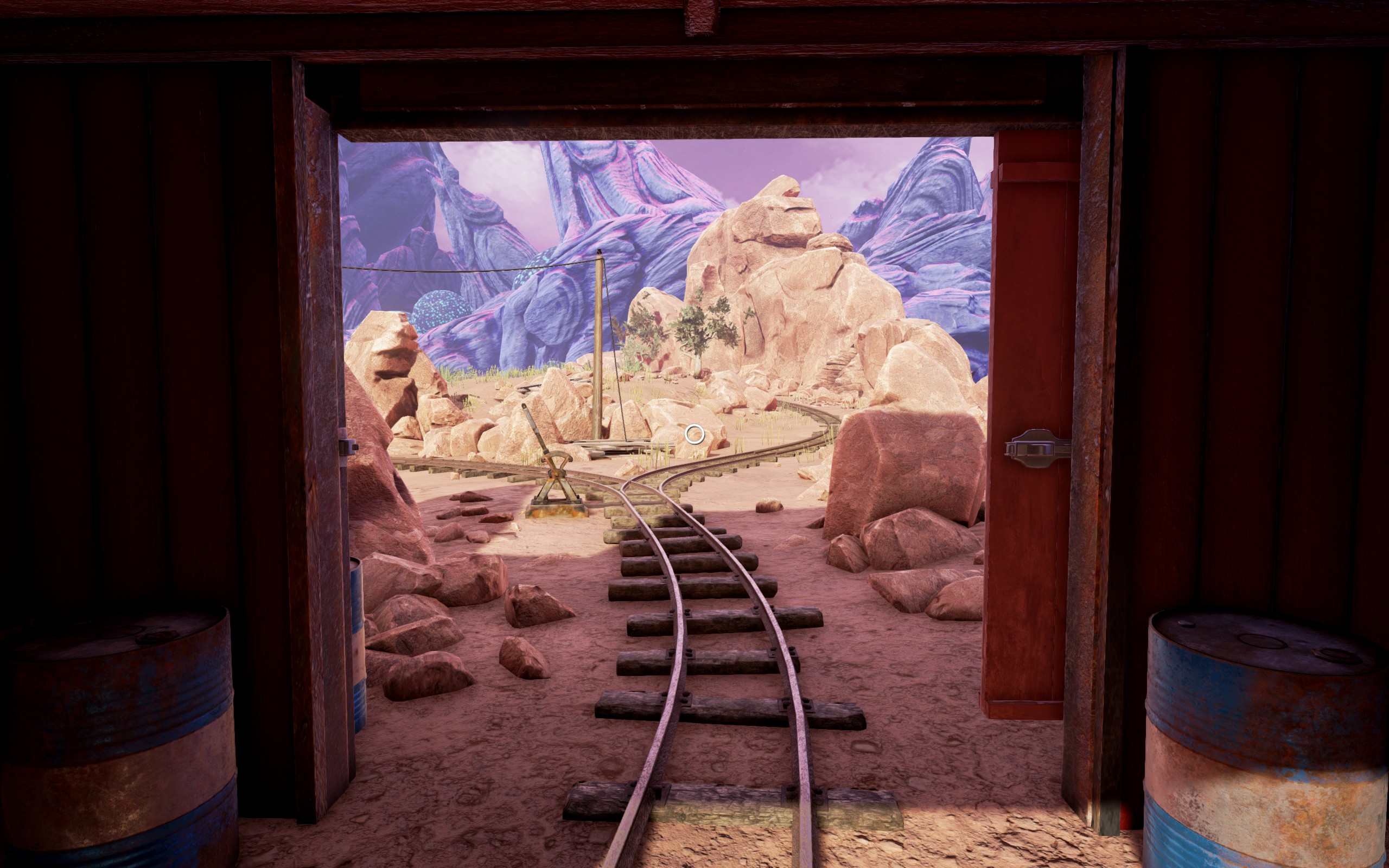 Follow the cart tracks behind the dome to find a closed shipping container. Open the door. 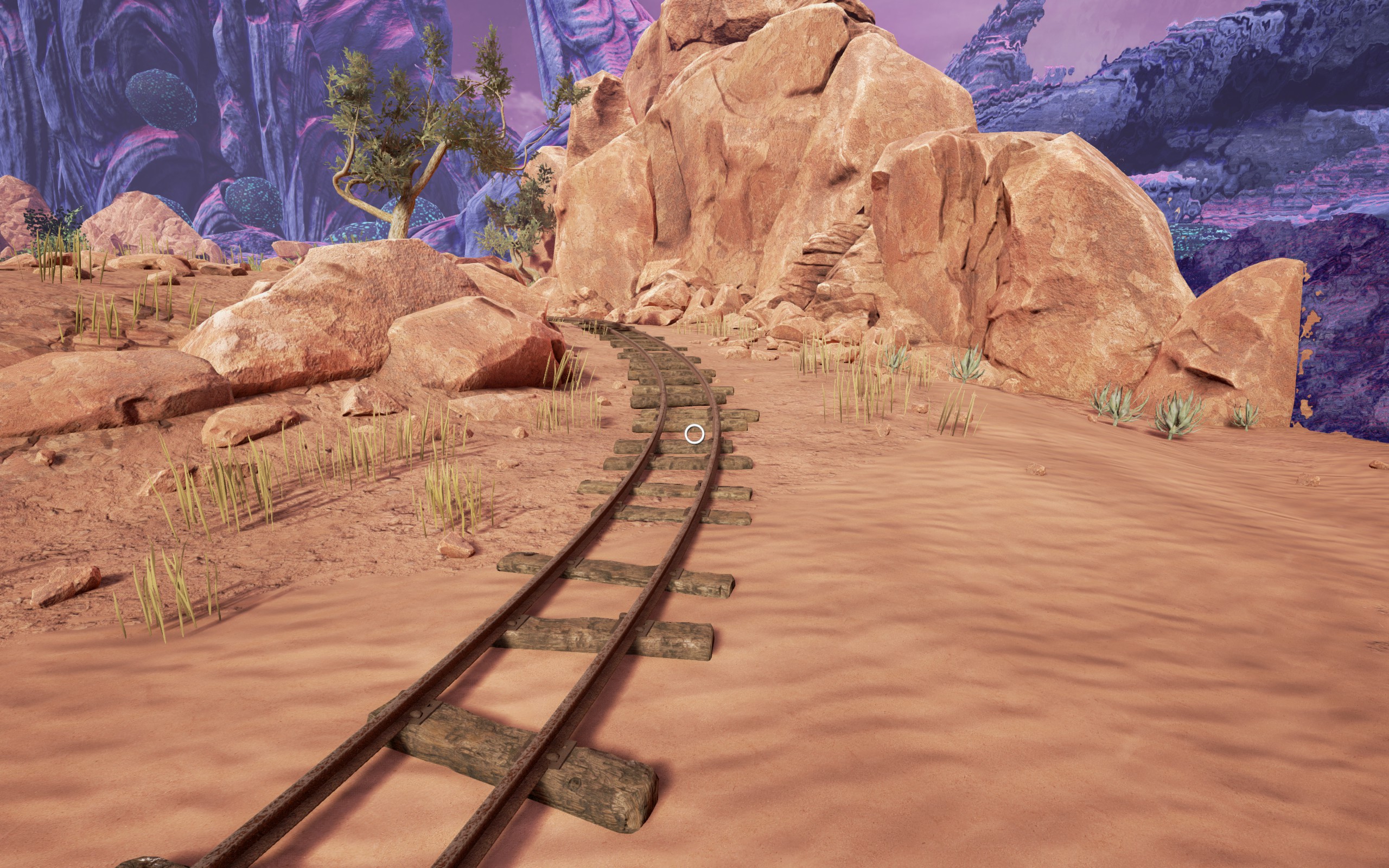 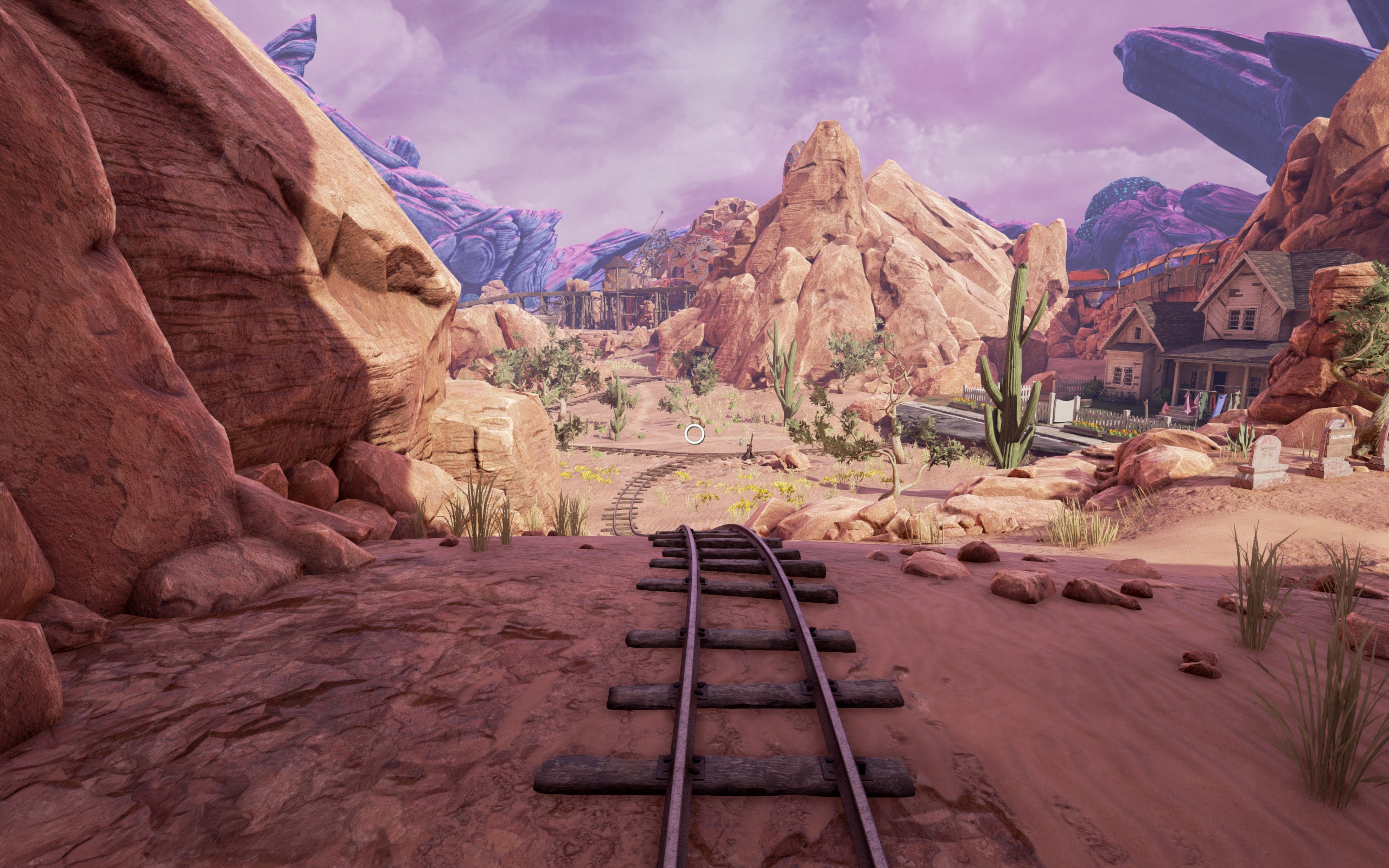 You're going to be bringing the cart here, so we suggest following the tracks so you know how to get back. You'll cross the plateau (as it's called on Farley's map) and pass through the dome wall. You'll come out in a tunnel that's near the cemetery next to Farley's house. 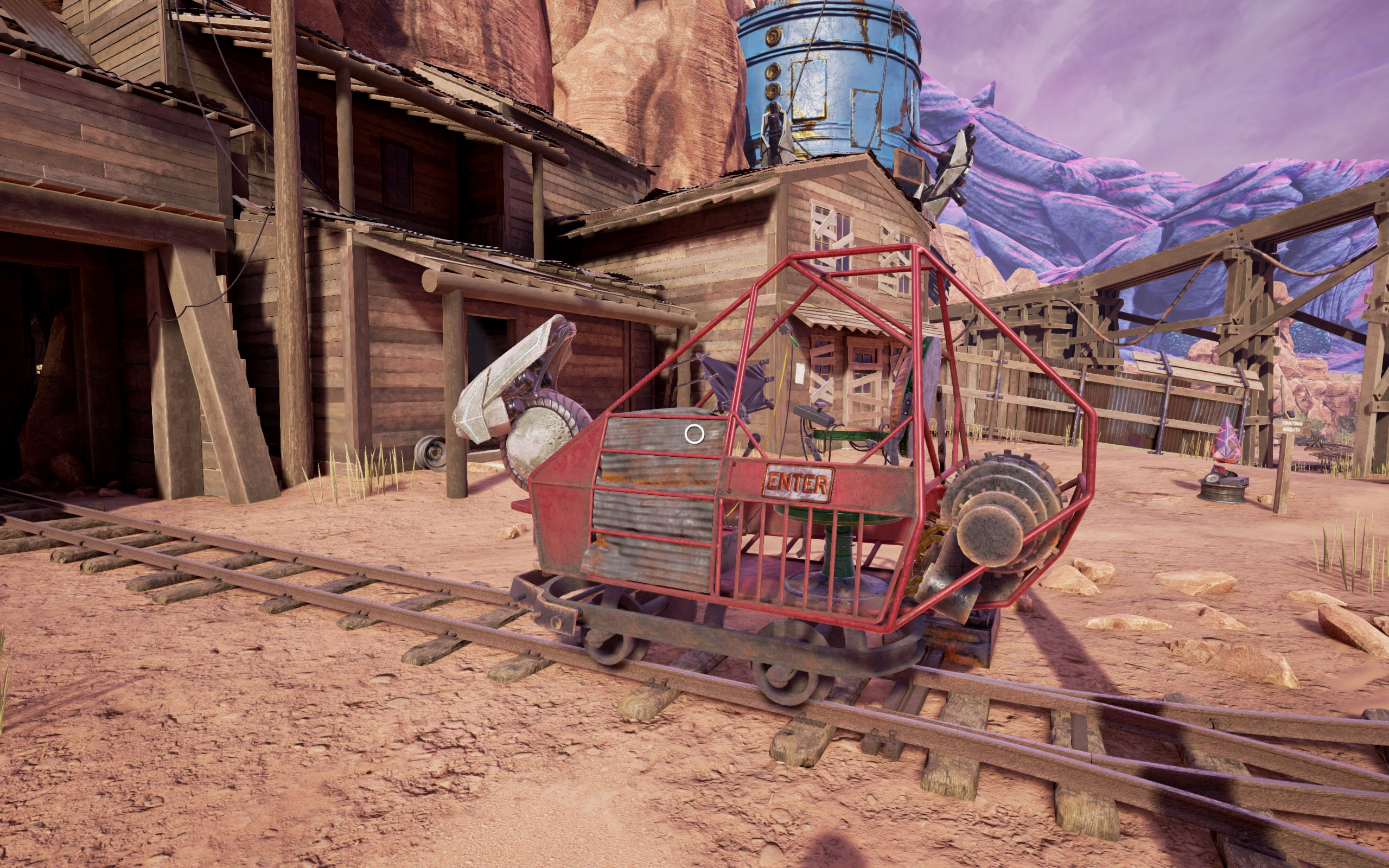 Now that you know where you're going, go retrieve the cart from wherever you left it last. The last time you used it was probably to disable the red beam in Kaptar, so it should be near Downtown Hunrath. 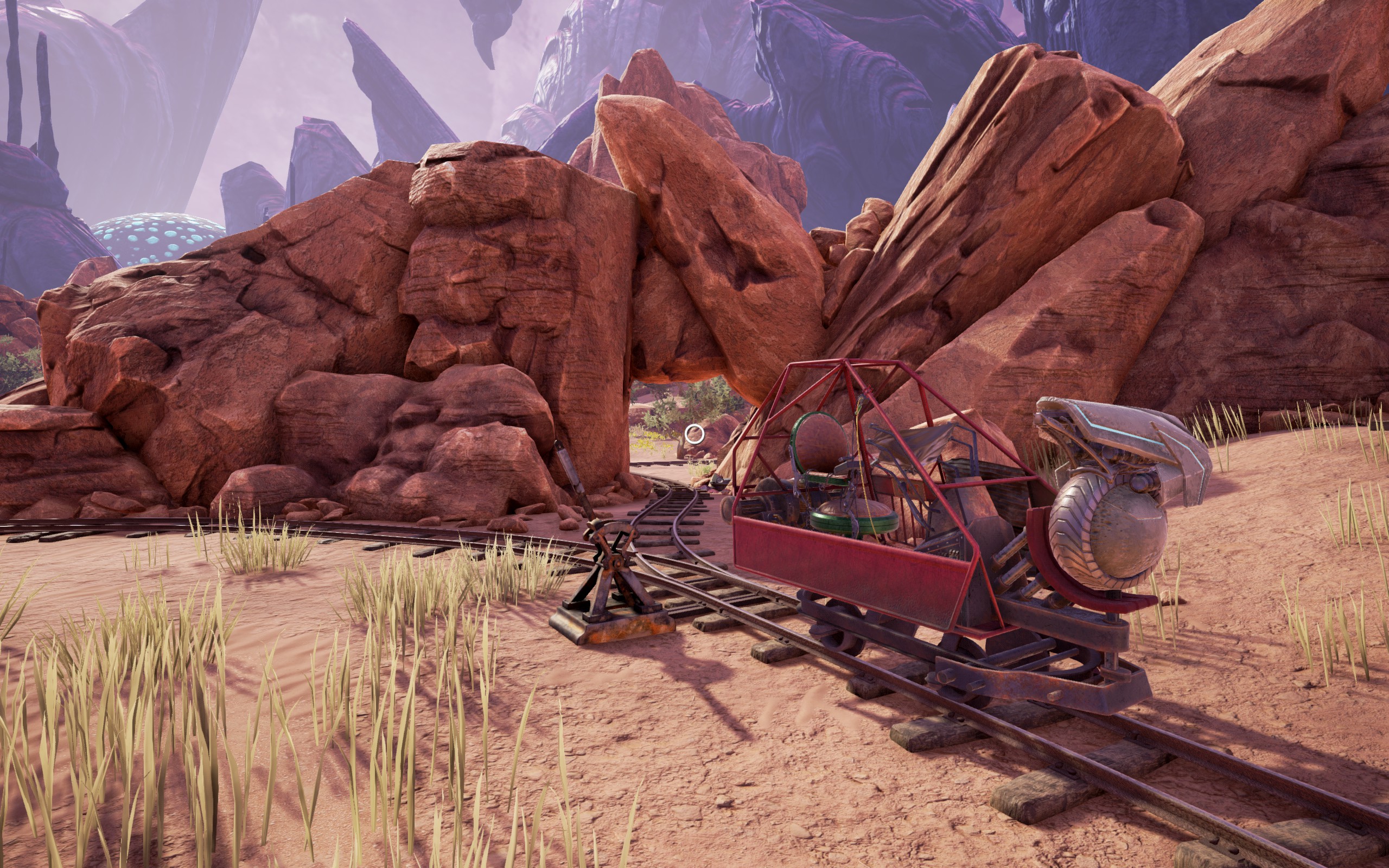 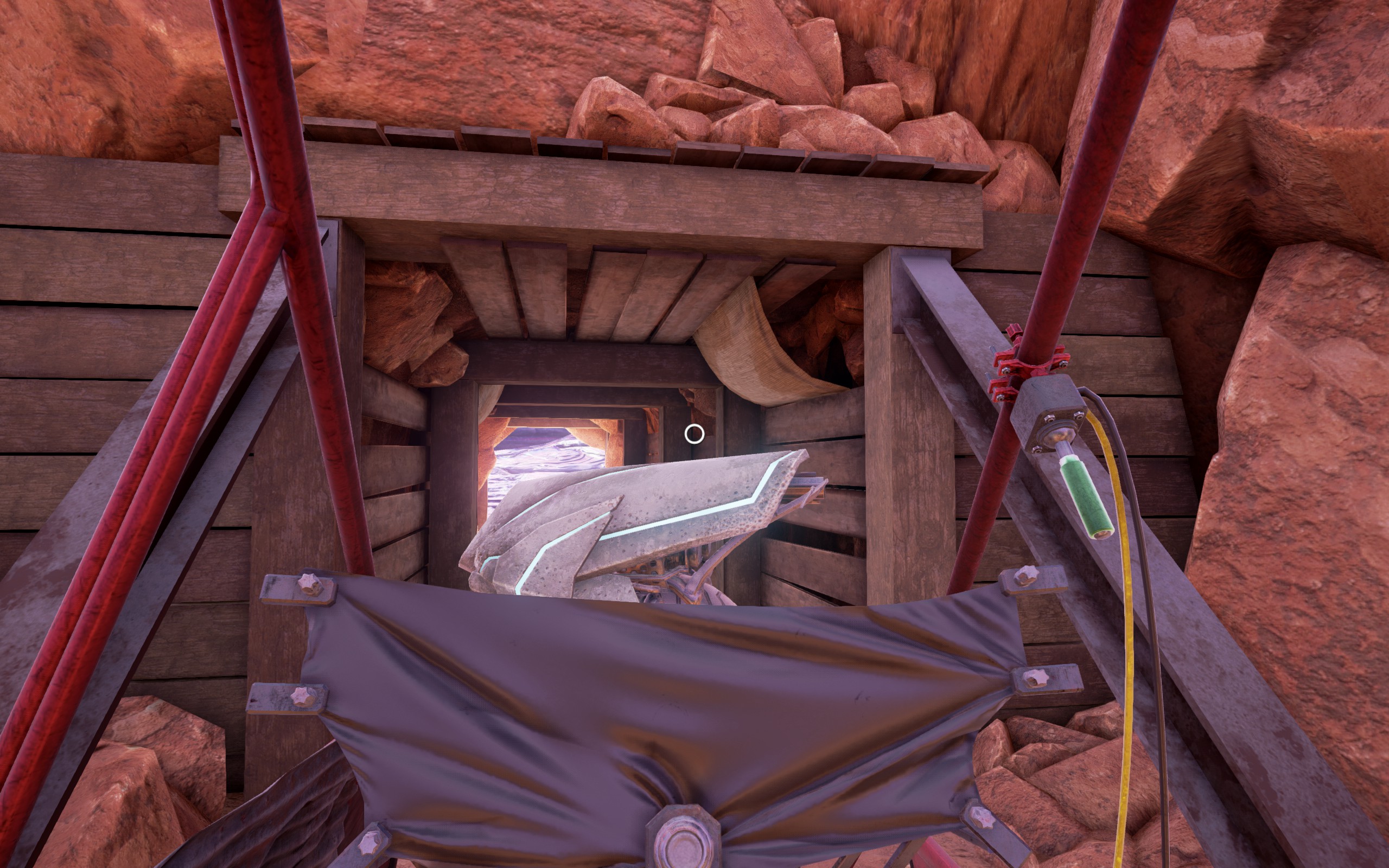 Hop in and start driving back along the way you came. You'll need to destroy the projected wall on the edge of Downtown Hunrath to stay on the right track. Keep traveling along the tracks and through the cemetery tunnel. 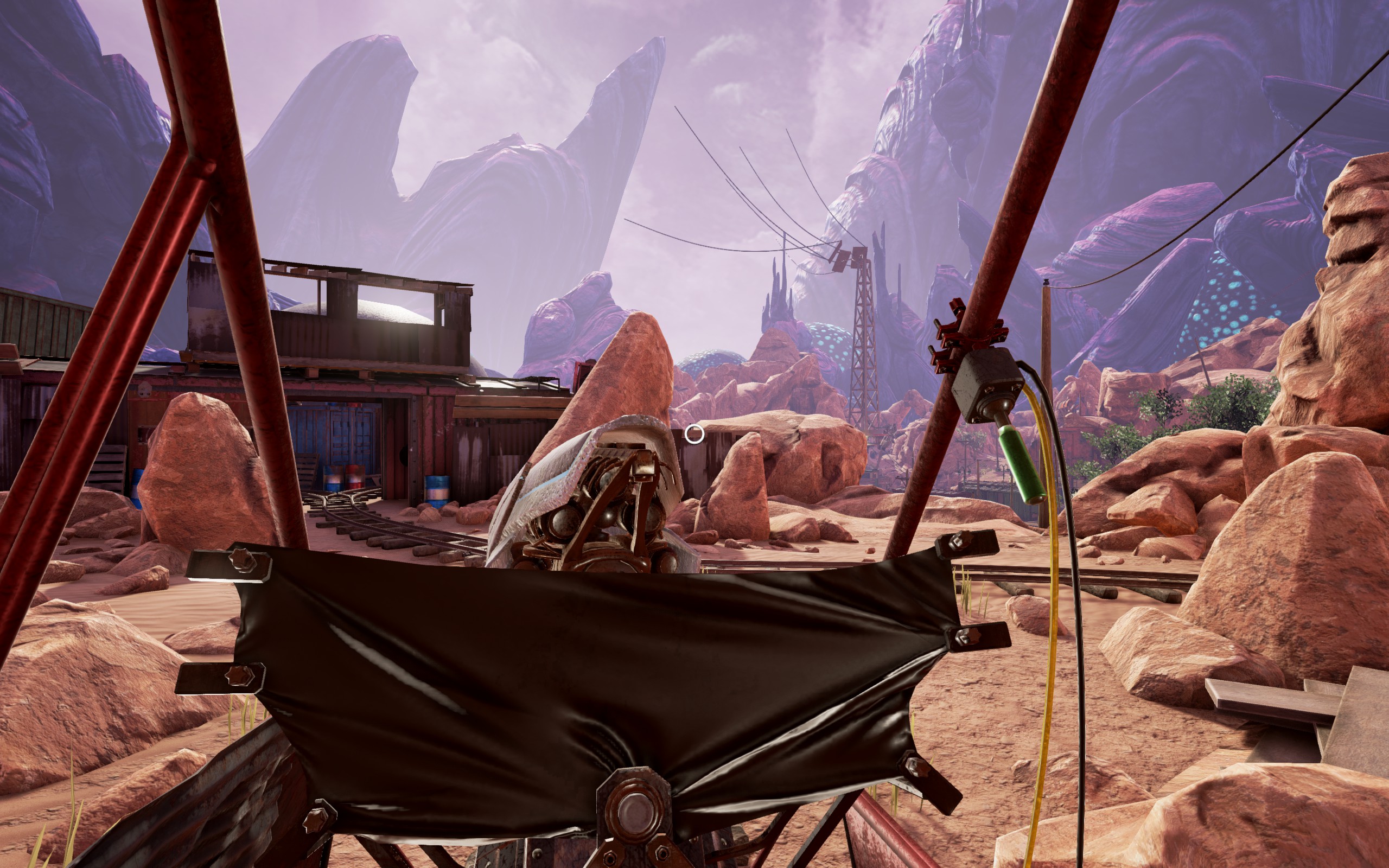 Pass through the dome will bring you back to the plateau. Your goal here is to get cart onto the dead end track on the right with the beam facing the cliff edge. Chances are, you're currently facing the wrong way. 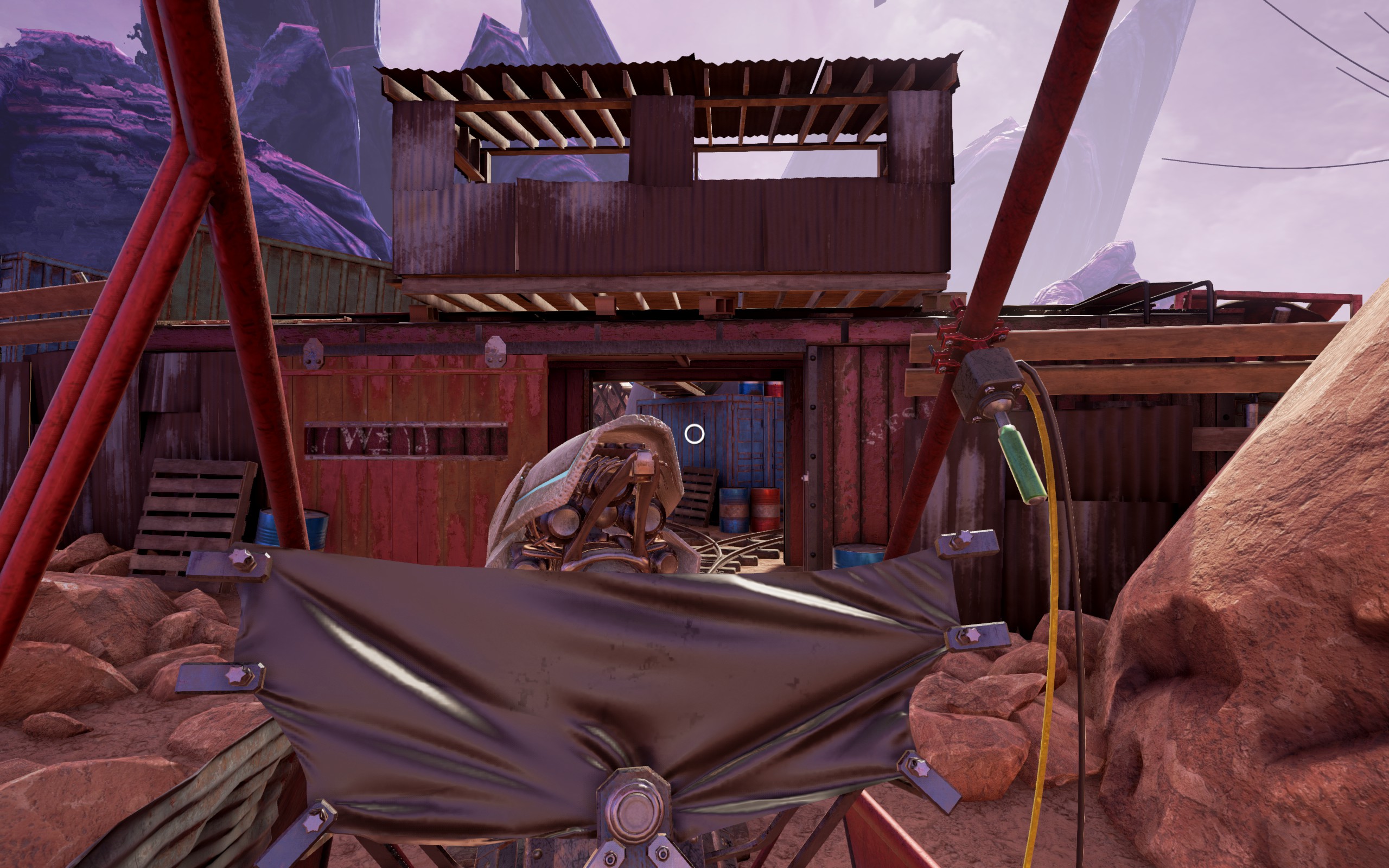 Luckily, there's a loop nearby that will turn you around. Drive through the shipping container you opened earlier and continue all the way around the loop. You'll come back out facing the other way. 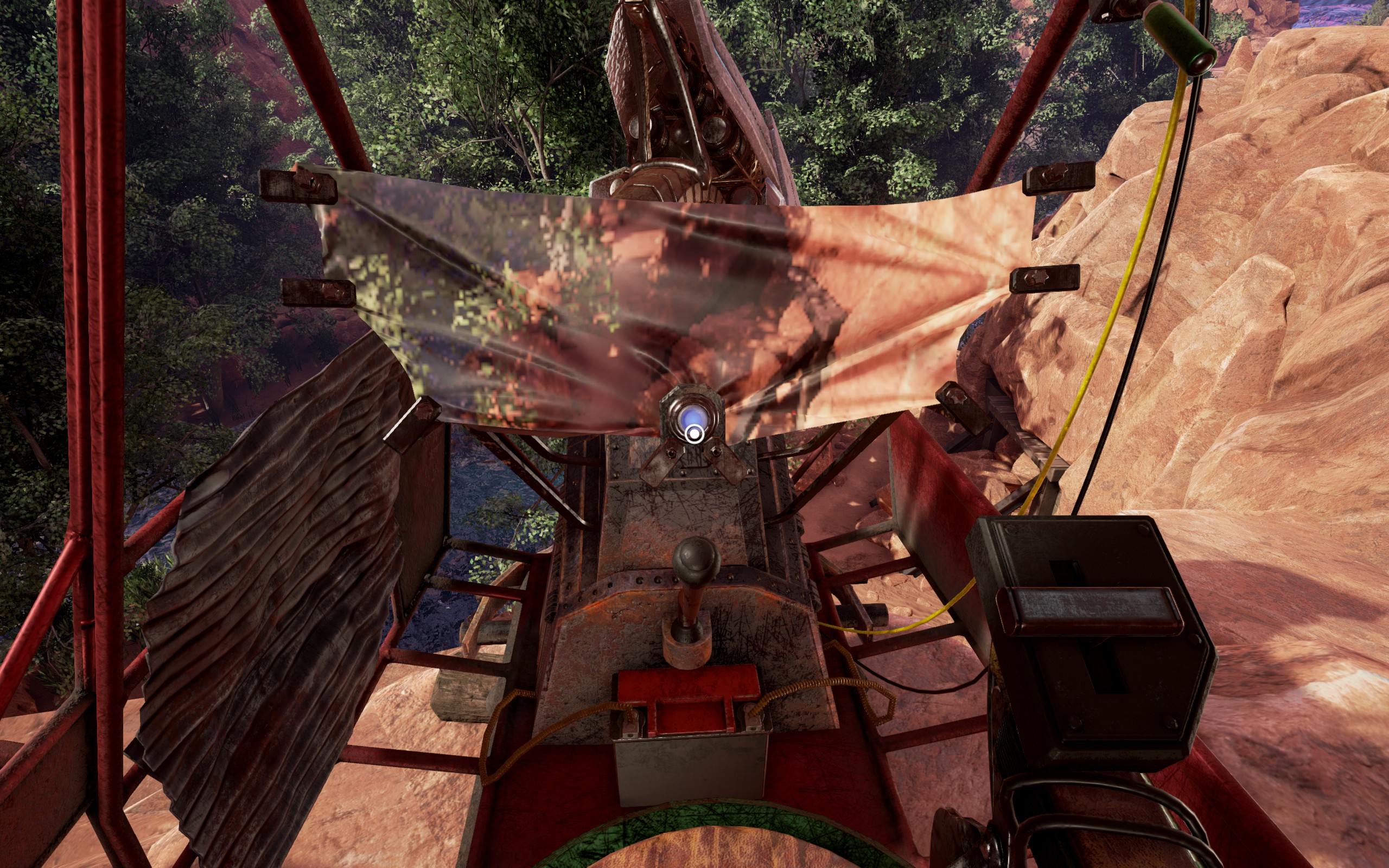 Take the track to the left and drive all the way to the edge, then back up a little. 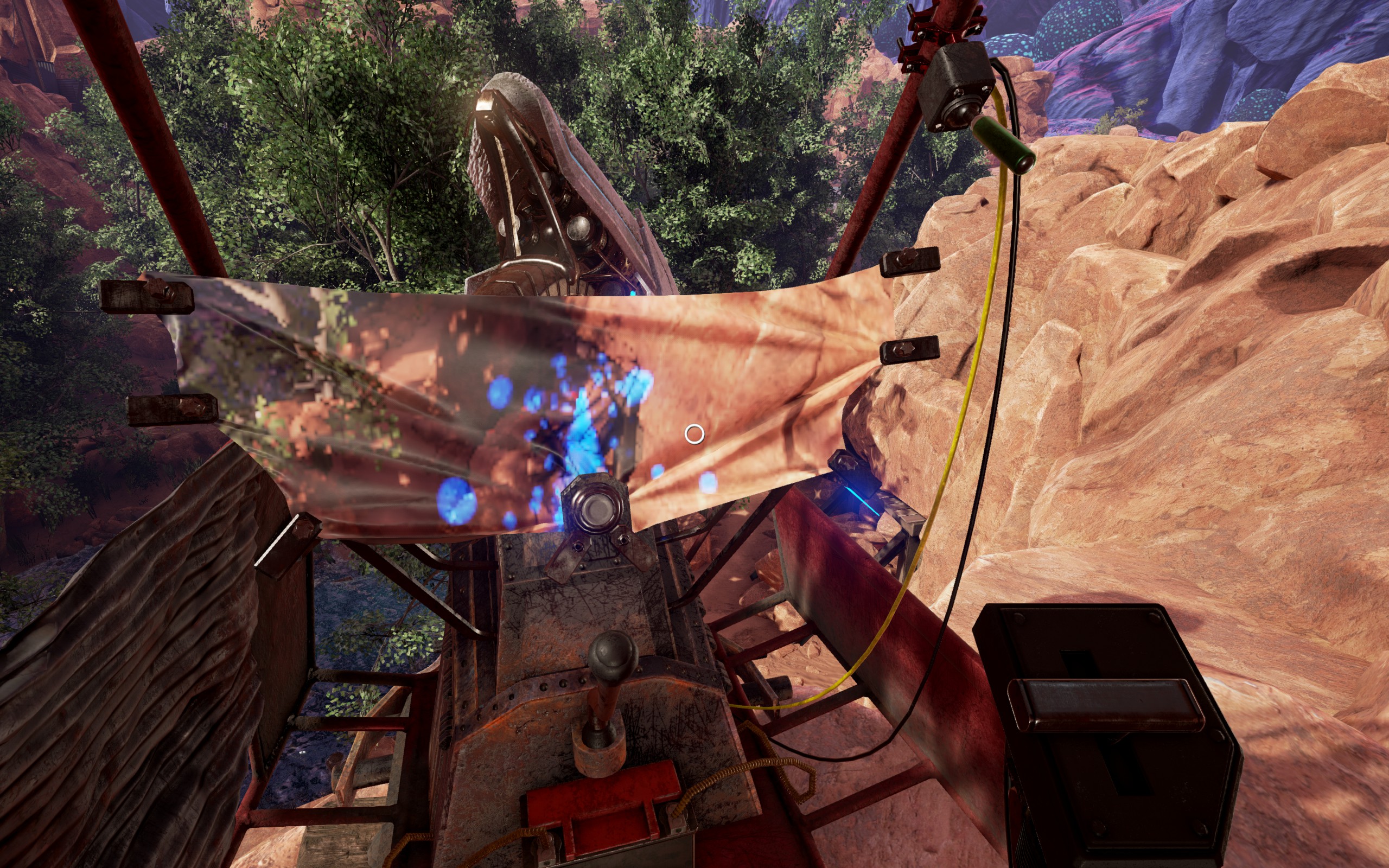 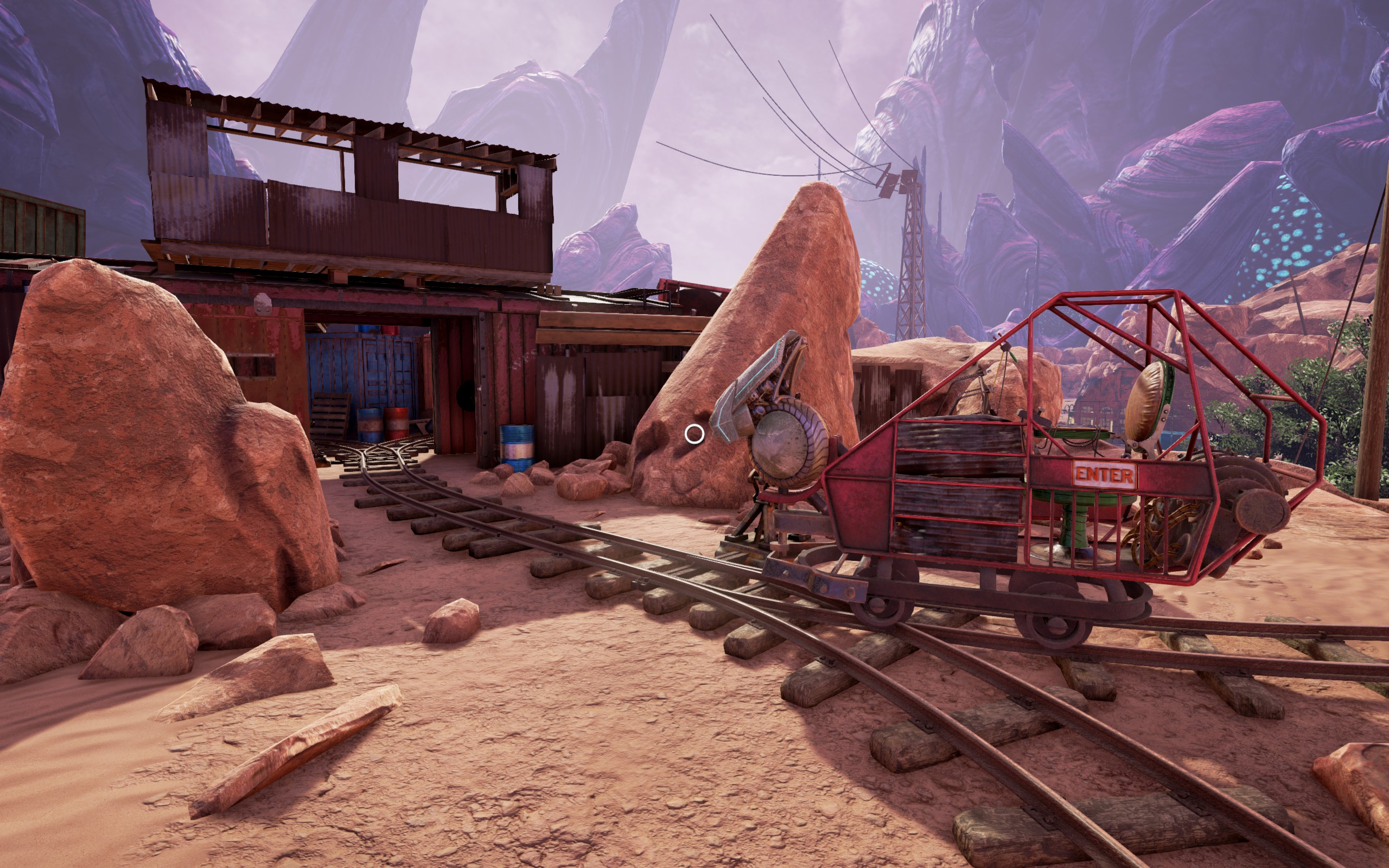 Point the blue beam all the way down and to the right. There's another projected rock wall at the mouth of a tunnel there. If you can't quite hit it, back the cart up a little more. Once you've destroyed the rocks, back up the cart so you can exit.

Back to the door 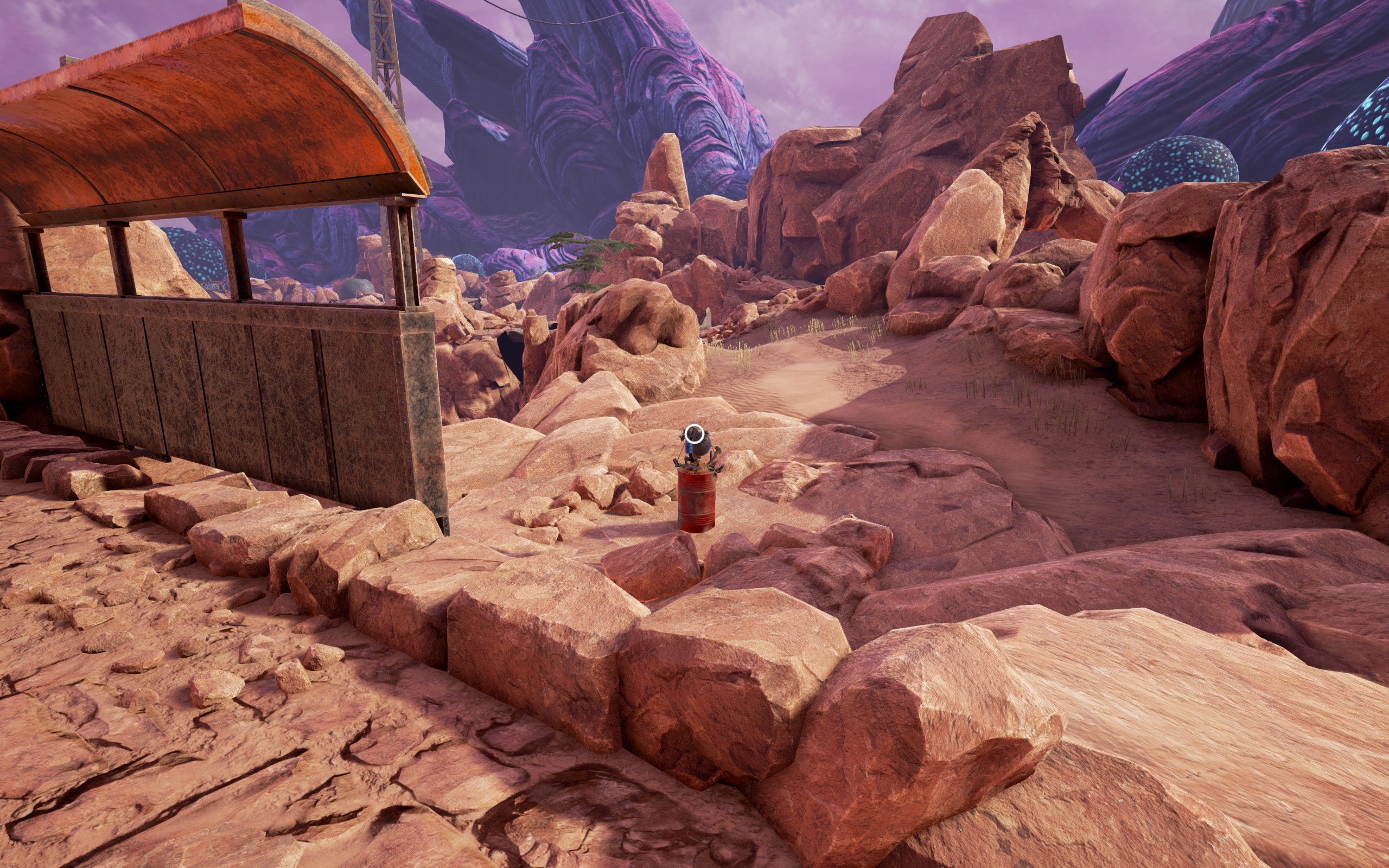 Your next goal is to get back to the door — the one that you opened while reconfiguring the Maze — on the other side of the swing gate. From here, you can go back through the scrap yard, into the Mayor's vault and along the wall to the left to get back to the Swap Machine that takes you to the beginning of Maray. 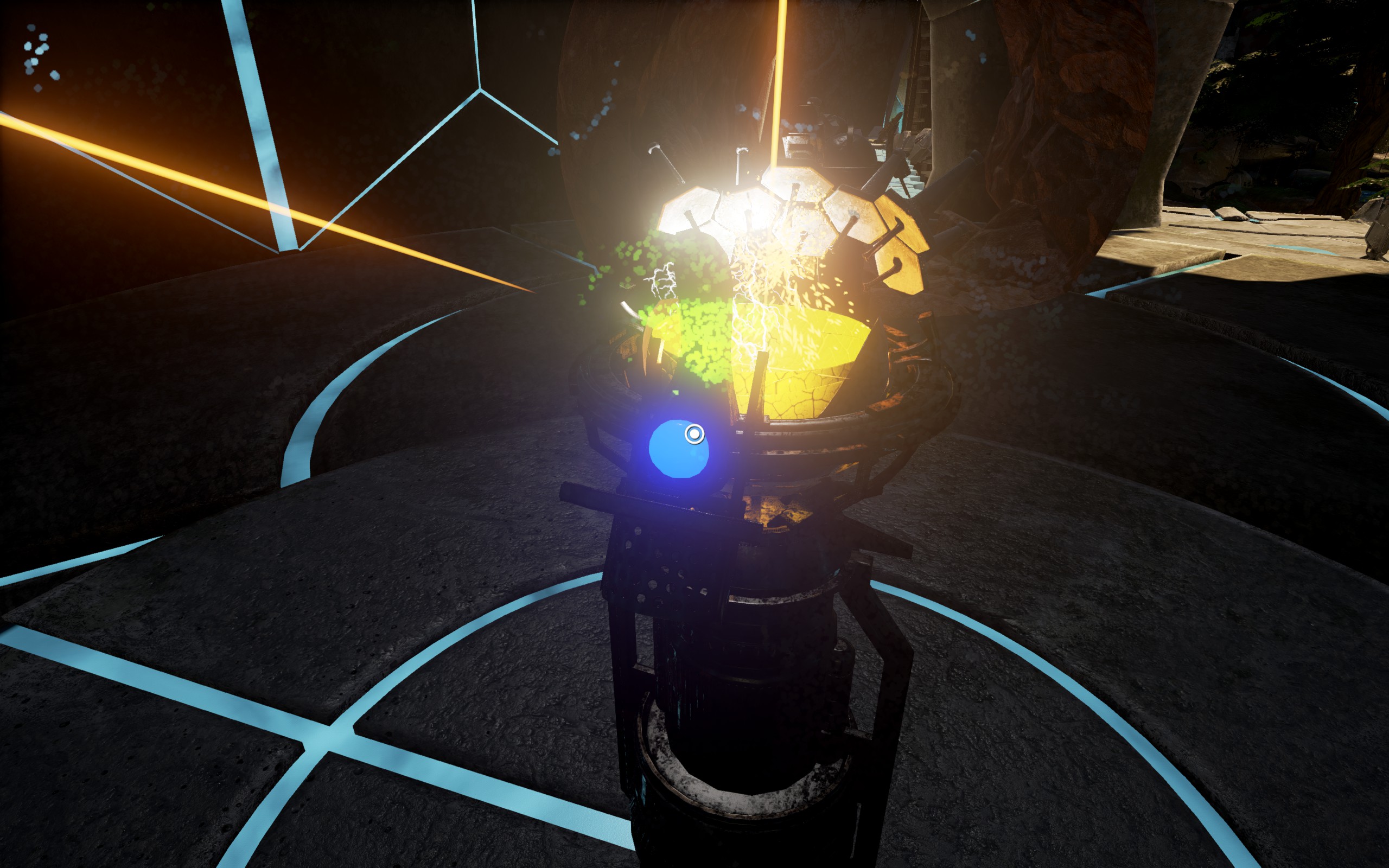 Work your way through Maray to any of the Swap Machines in the Gauntlet or the Maze. Take one of these back to Hunrath. 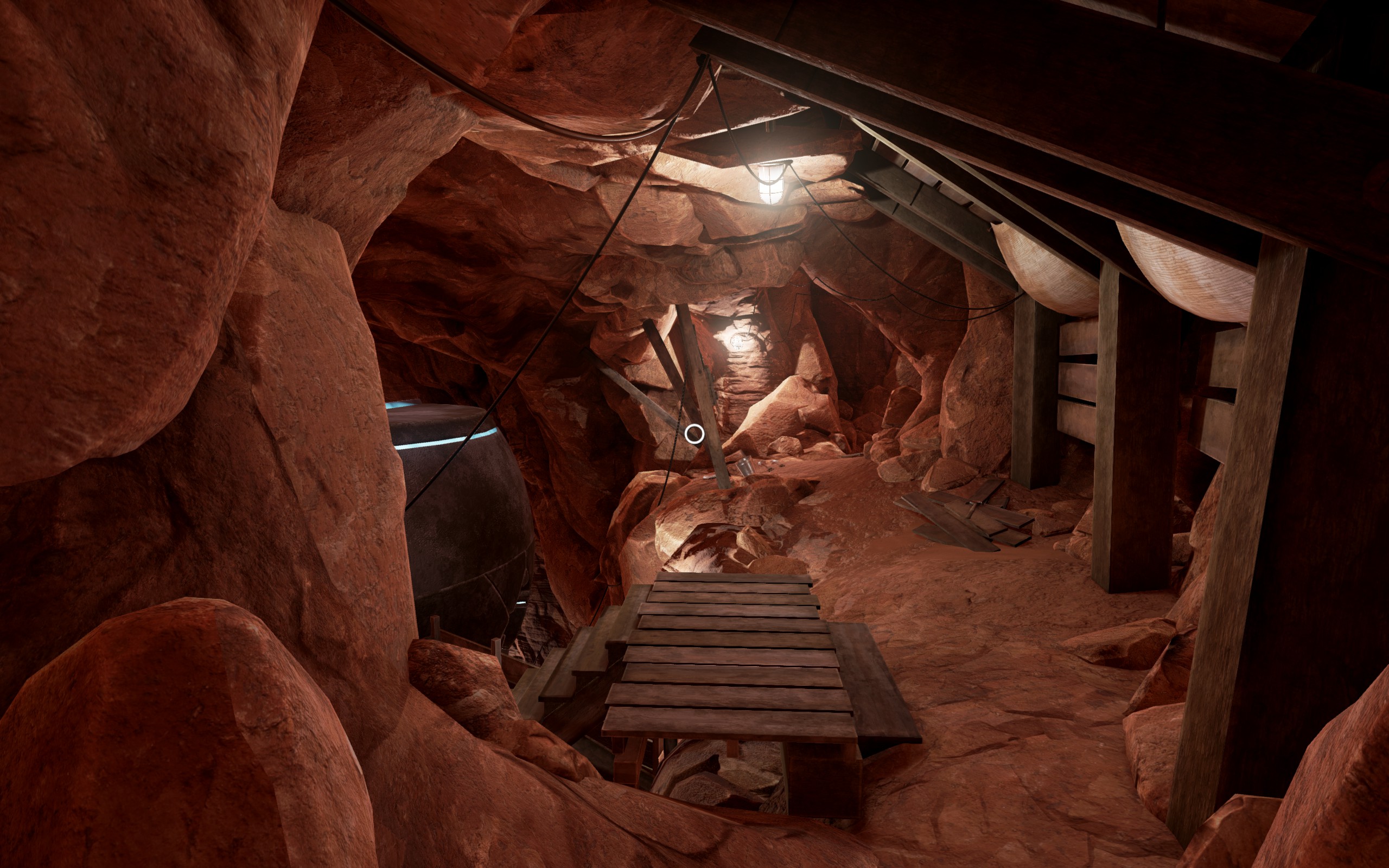 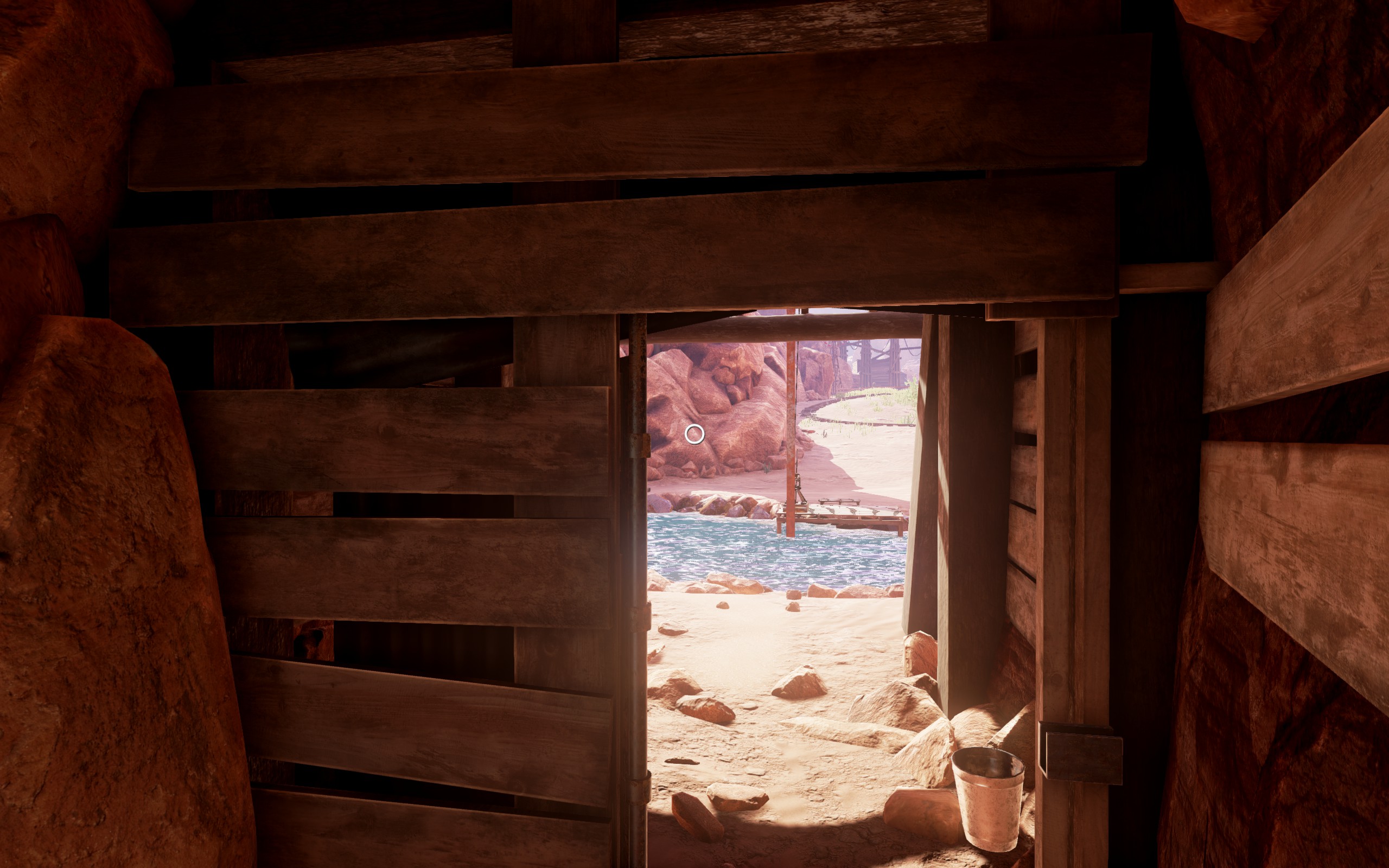 Work your way back to the room where you rotated the Maze sections. Cross through the room and head along the tunnel to find the door. 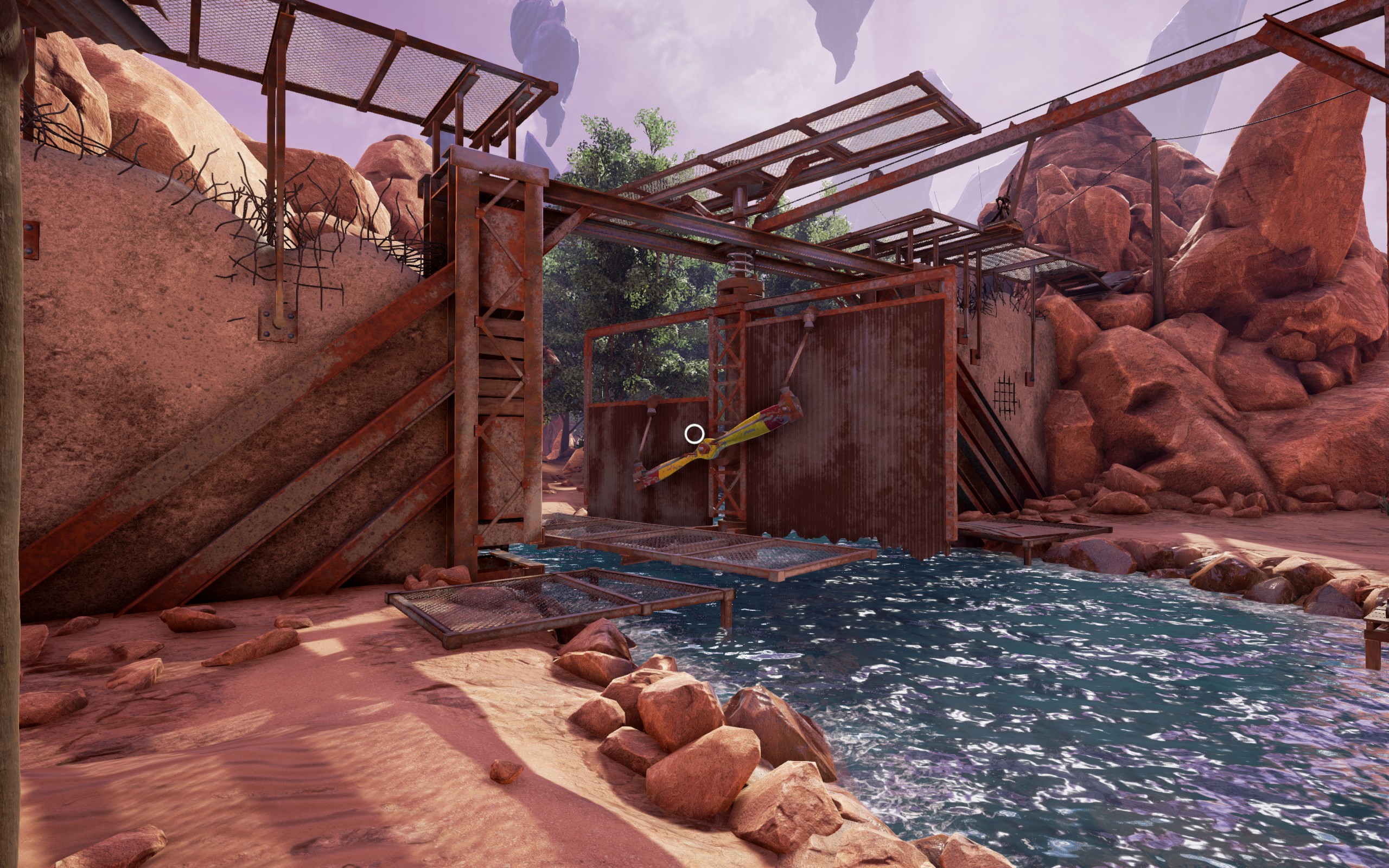 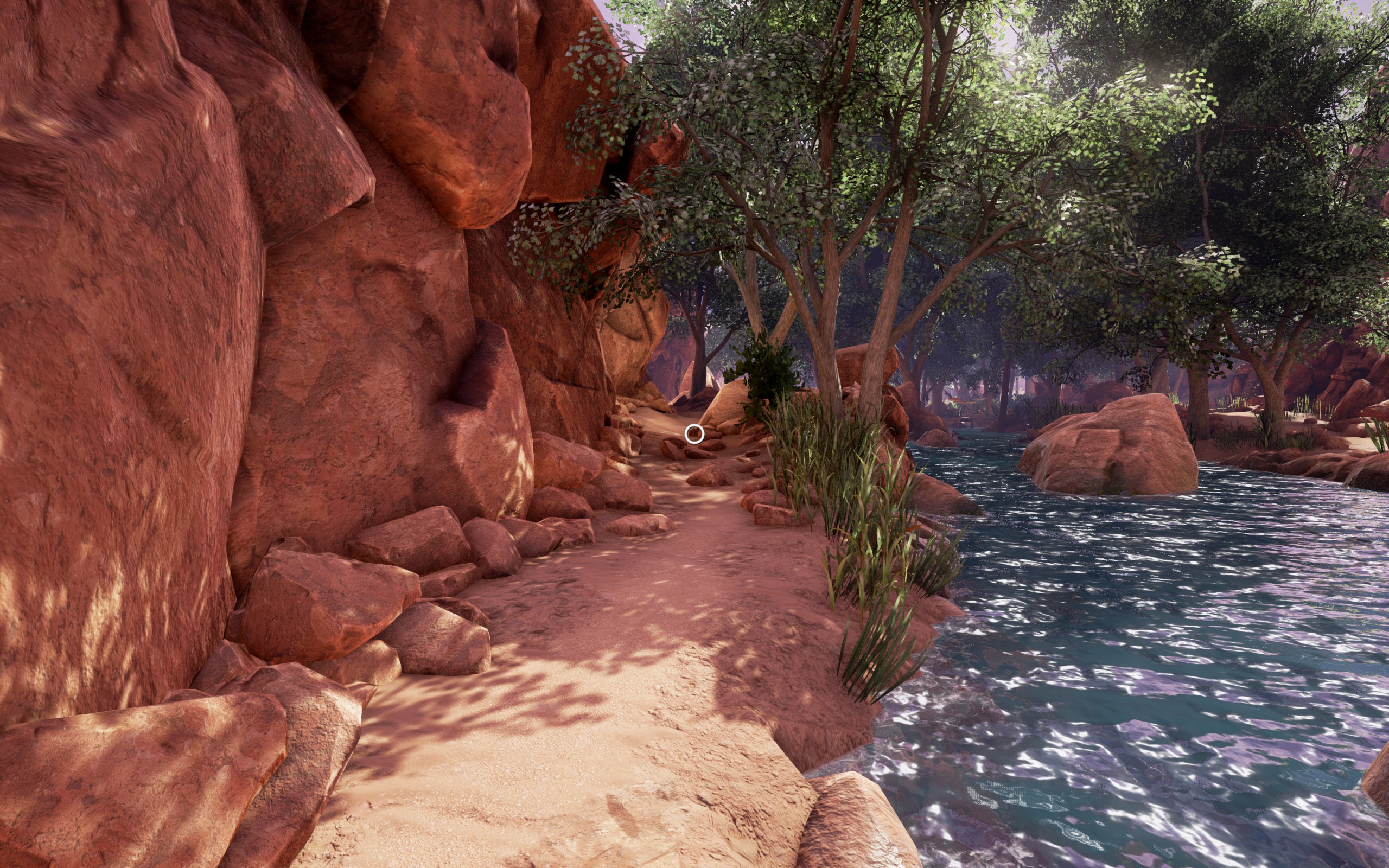 Head to the left to walk along the bank of the river. 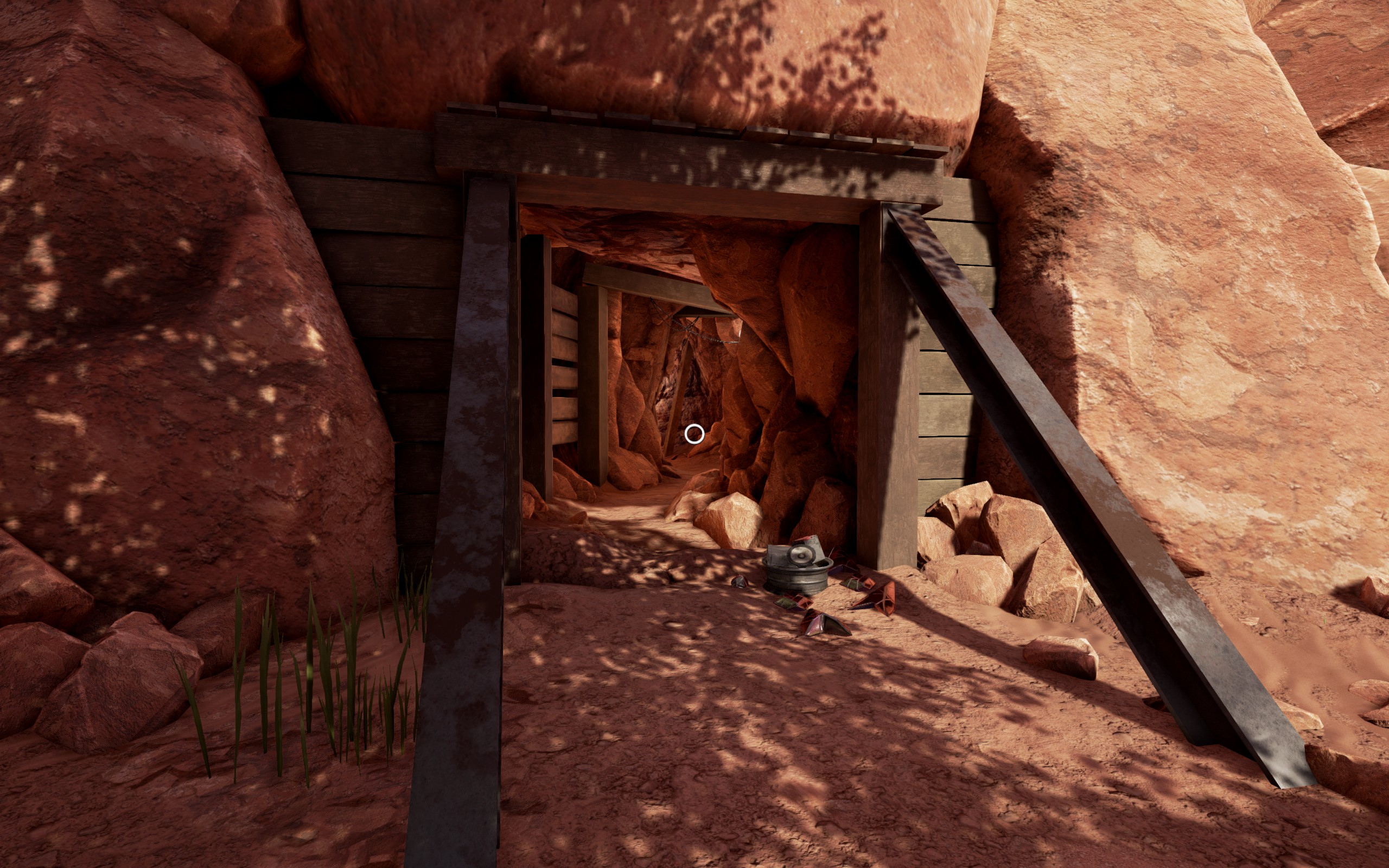 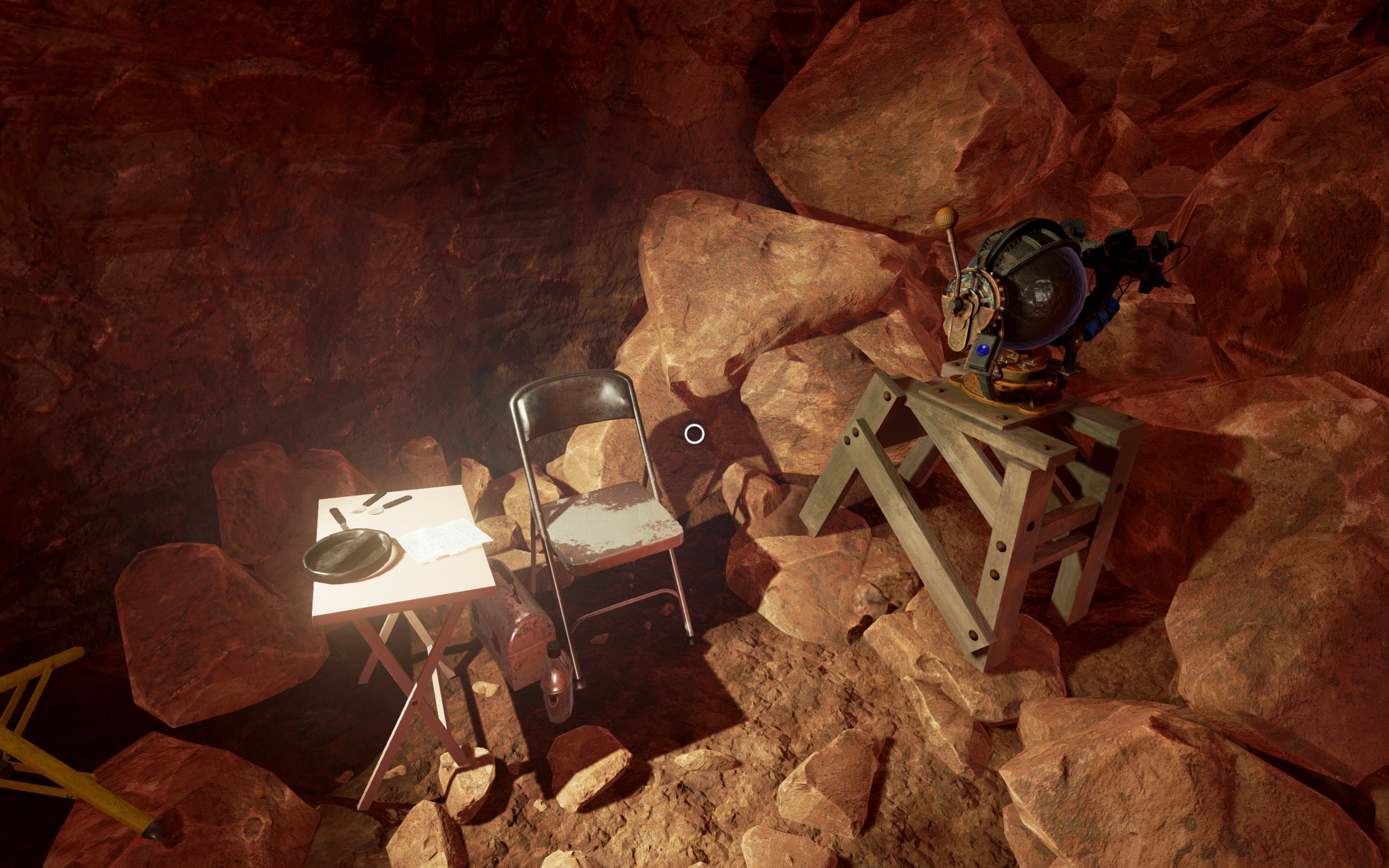 You'll come to the tunnel you opened with the blue beam on the left. Go into the tunnel to find another Swap Machine. Use this machine to travel to the final world, Mofang.