Share All sharing options for: How Pokémon stays relevant

Pokémon is not a video game franchise known for making huge leaps. For nearly 20 years, the series has used the same catch and battle formula. And it's working — Pokémon is still popular.

The launch of Pokémon X and Y, the latest entries in the main series, saw record-breaking success. In the weekend following its launch, both games sold a combined total of more than four million units to become the fastest-selling 3DS titles. In total, both have since sold more than 12 million units in under a year. And the Pokémon franchise as a whole has sold more than 260 million games worldwide since the release of its first games in 1996.

On Nov. 21, the next set in the series — remakes of Pokémon Ruby and Sapphire — will launch for Nintendo 3DS.

What keeps a franchise like Pokémon relevant? There's no guaranteed method for achieving success in a franchise, but Mike Schramm, manager of qualitative insights at EEDAR, and The Pokémon Company director of consumer marketing J.C. Smith highlighted a few of the series' most successful components. 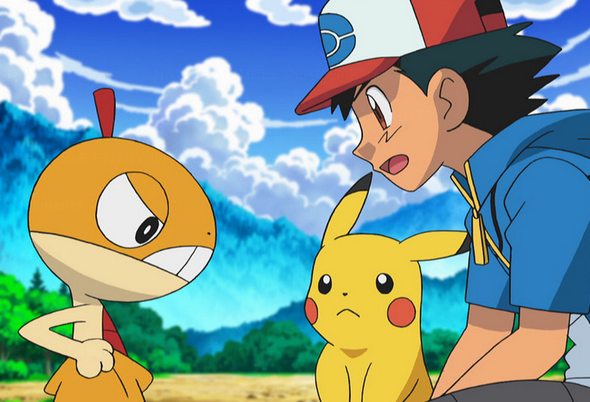 What is The Pokemon Company?

Part of the goal of Pokémon has always been to bring the franchise's community together, Smith told Polygon. Over the years, Pokémon's creators have worked to expand that.

"The [Pokémon] game was started with that in mind — using the link cable to bring people together to play face-to-face and to enjoy the experience, trade Pokémon and get to know other people with the same hobbies," Smith said. "Over time, obviously that's evolved into wireless and wi-fi and StreetPass. Really, bringing the community together is core to the creators, and I think the community we have now really appreciates it."

"The best known brands in video games I would argue extend even beyond their connection as games," Schramm said. "A brand can be even stronger for how people respond to it."

For Pokémon, there's no shortage of places to turn. Fans can watch the animation or movies, collect cards, play with toys or even get merchandise delivered. The series has a cultural reach that extends well beyond its gaming origin.

Familiar with a twist

People who pick up a Pokémon game typically know what they're in for: Players will customize a team of lovable creatures and battle their way to victory.

Schramm said that consistently offering similar gameplay can help keep fans interested. People "expect to see a certain thing," he said, and "they expect a brand to do certain things well."

Smith says there's definitely an adventurous side to the series, as players explore each new region top-to-bottom, but fans just wanna have fun with the goofy series.

Players always have a favorite generation.

By adding additional Pokémon with each new iteration, fans are always given somewhere new to look, and something new to catch.

According to Smith, Pokémon players always have a favorite generation. The Pokémon Company doesn't track the ages of people playing, Smith said, but attributes "a good percentage" to people who have been playing for five years or more.

People tend to love their first experience the most, he said. It excites players to see their favorites show up in later games.

"We have so many longtime fans that started playing back in the late '90s, early 2000, and they stuck with it because the experience is fun," Smith said. "It's nostalgic. It's still relevant to them."

Schramm said that the series does a good job being approachable to an audience that "creates nostalgia." The youths of today playing on the Nintendo 3DS are around the same age as those who picked up the original titles when they hit Game Boy.

"I would argue that it's a game that is sort of played by kids constantly," he said.

On their own, each of these four ideas could explain some measure of success. Together, they become a way to shape the franchise moving forward. The Pokémon Company plays to that nostalgic appeal; however, it's constantly working to find a balance between the old and new.

"We don't want to be just nostalgia."

"That's our job, to try and figure out that right balance. It's something we're constantly evolving ... We've been here for a long time because it's a quality brand, and it makes it easy for us to do our jobs."

Nostalgia might be the franchise's glue, but it's part of a larger appeal. Pokémon is powerful because it's approachable, Schramm said. The ideas it uses aren't just a hook to the past, he added. They're timeless.

Nickelodeon All-Star Brawl might be a High Tier crossover

How to watch the September 2021 Nintendo Direct

New Kirby game for Switch leaks ahead of Nintendo Direct