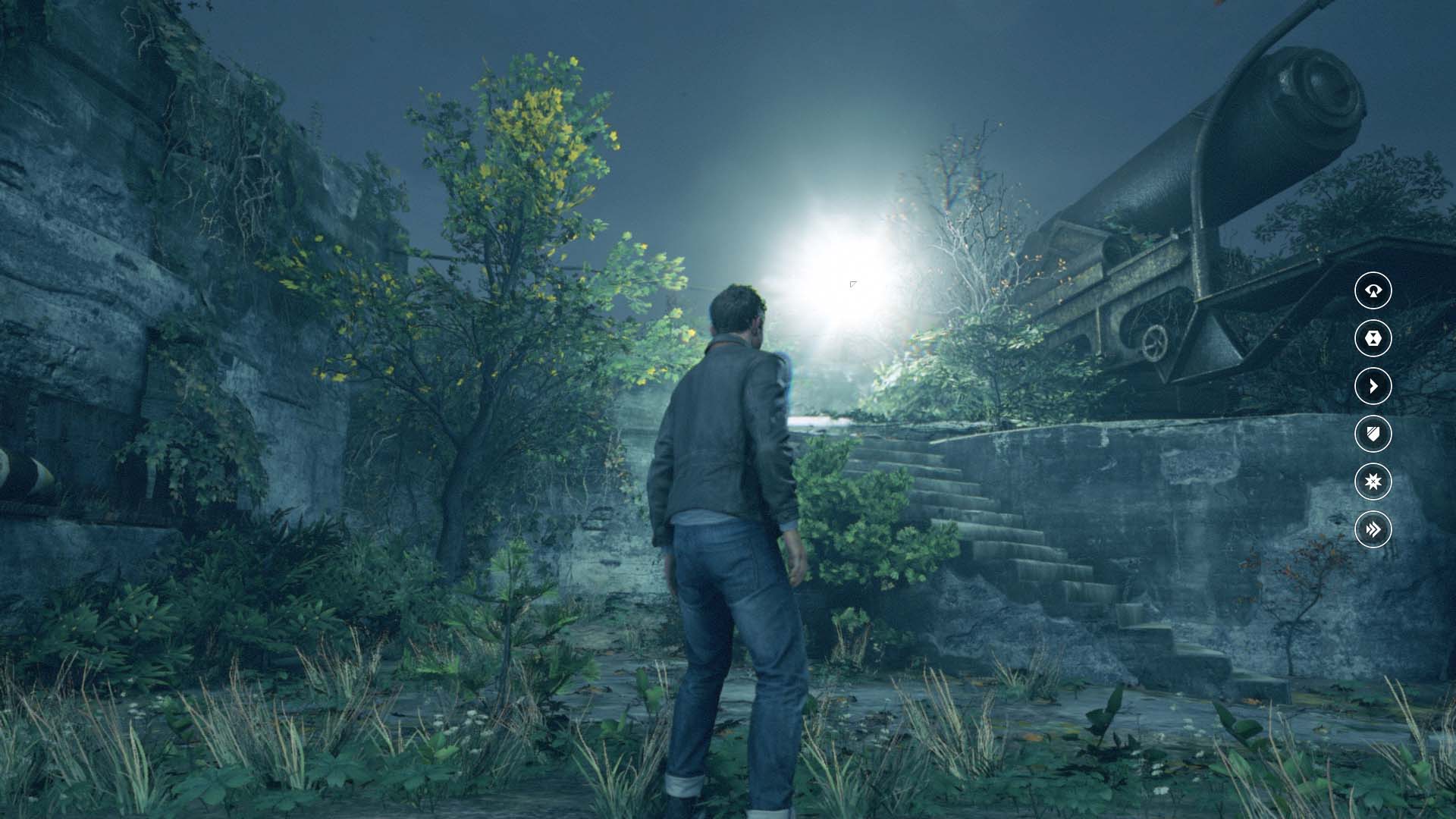 After you disable the turret in the yard, run up the stairs to the nearby cannon to find a chronon source. 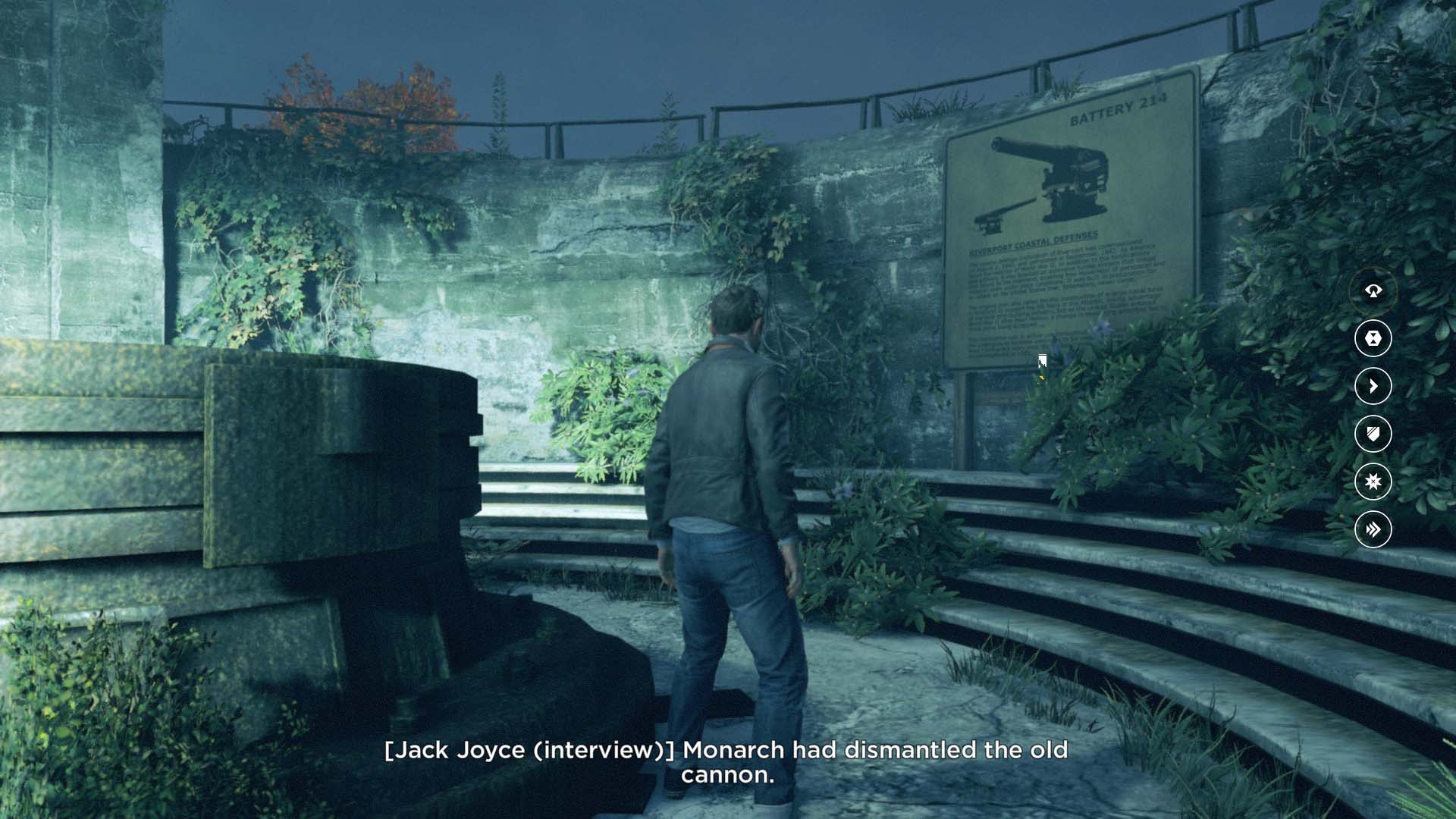 After raising and crossing a bridge in the yard, you'll enter an area with a dismantled cannon and some enemies to take out. The sign is behind the cannon base. 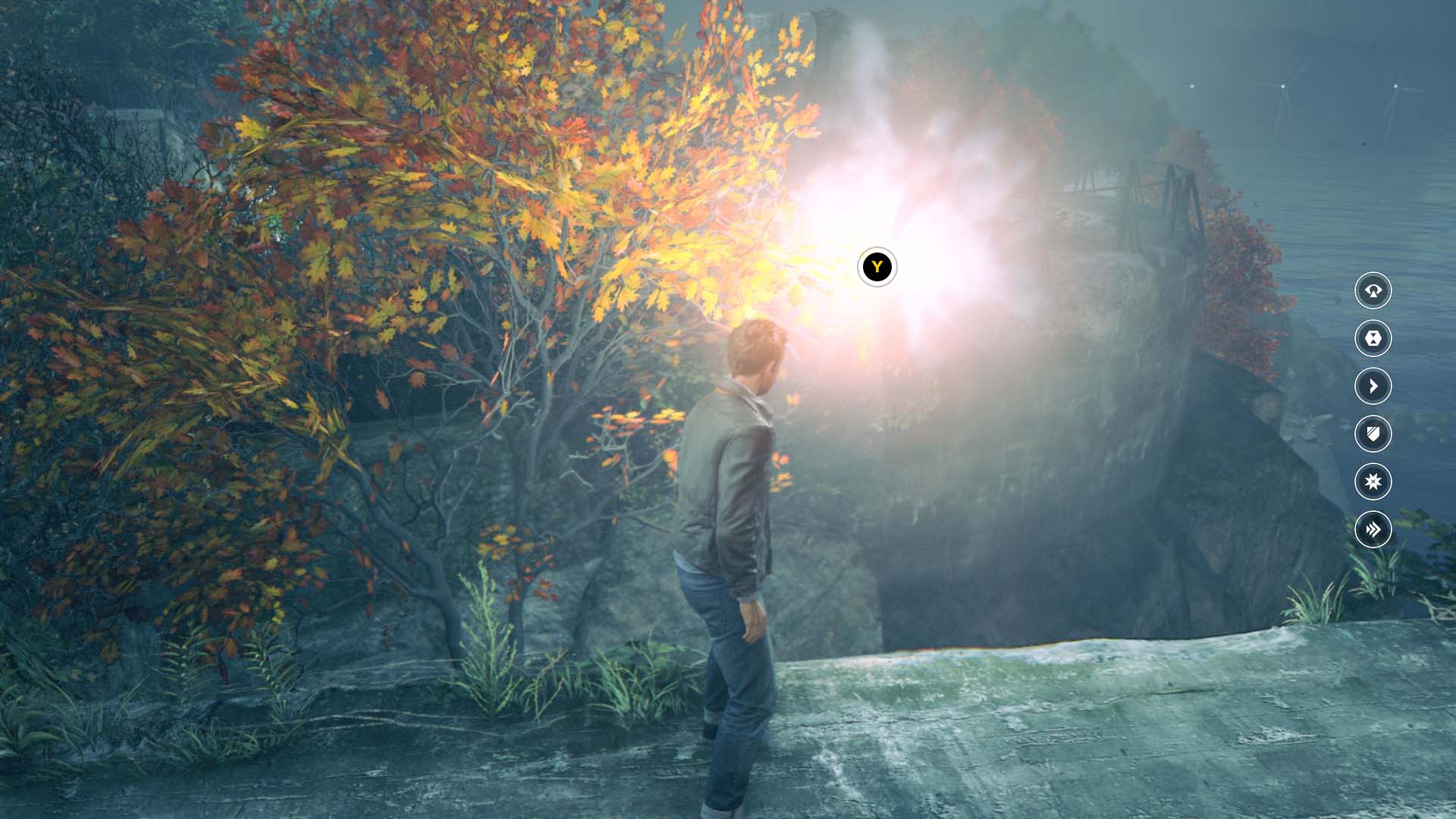 Use Time Vision to reassemble the cannon in the yard, then run up onto scaffolding and climb up onto the stone ledge behind the cannon. Your objective points you across the cannon, but first, run to the right until the ledge dead-ends behind a tree. You'll find a chronon source there. 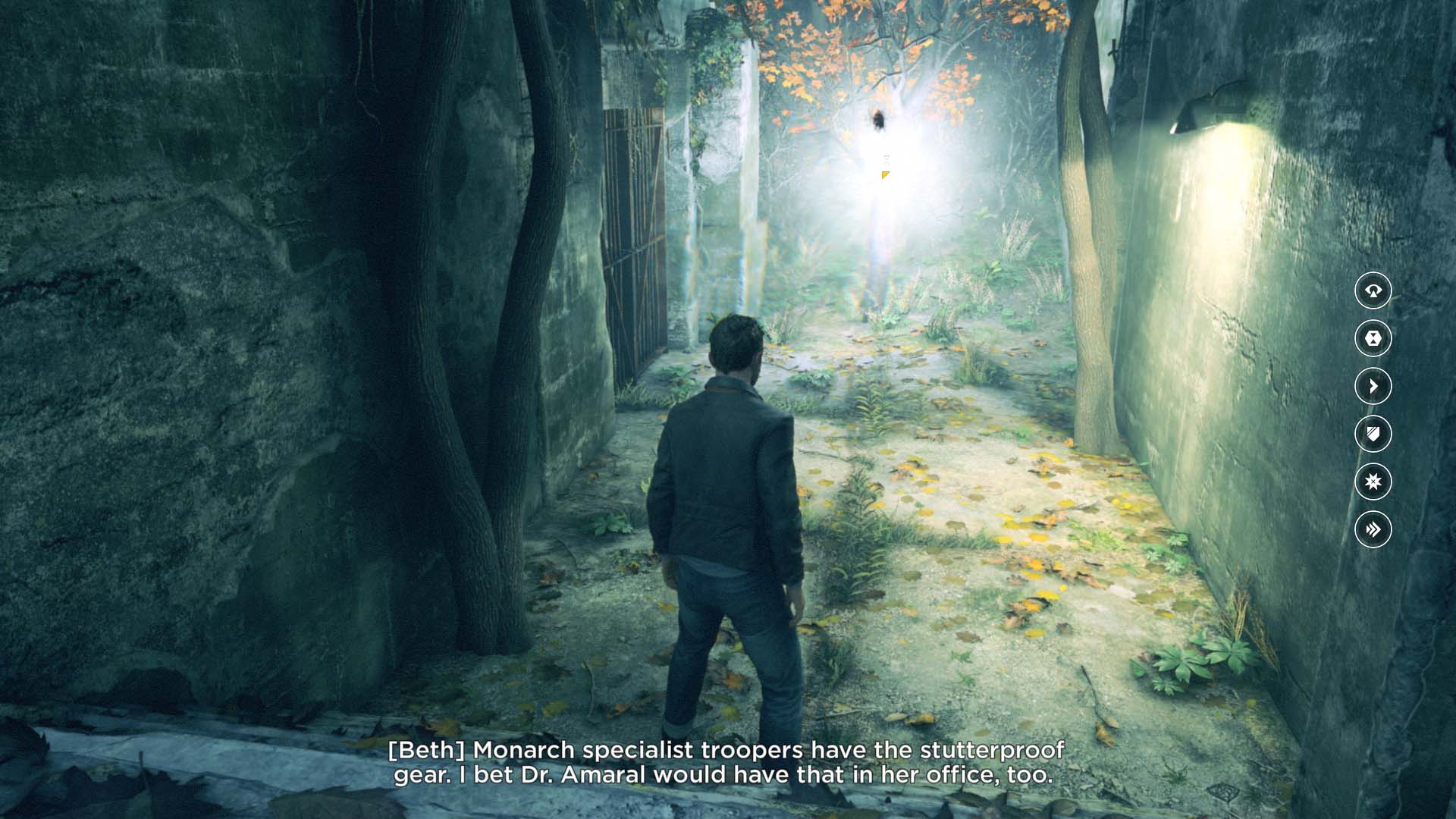 After running across the cannon, turn left and go down the stairs to collect this upgrade. 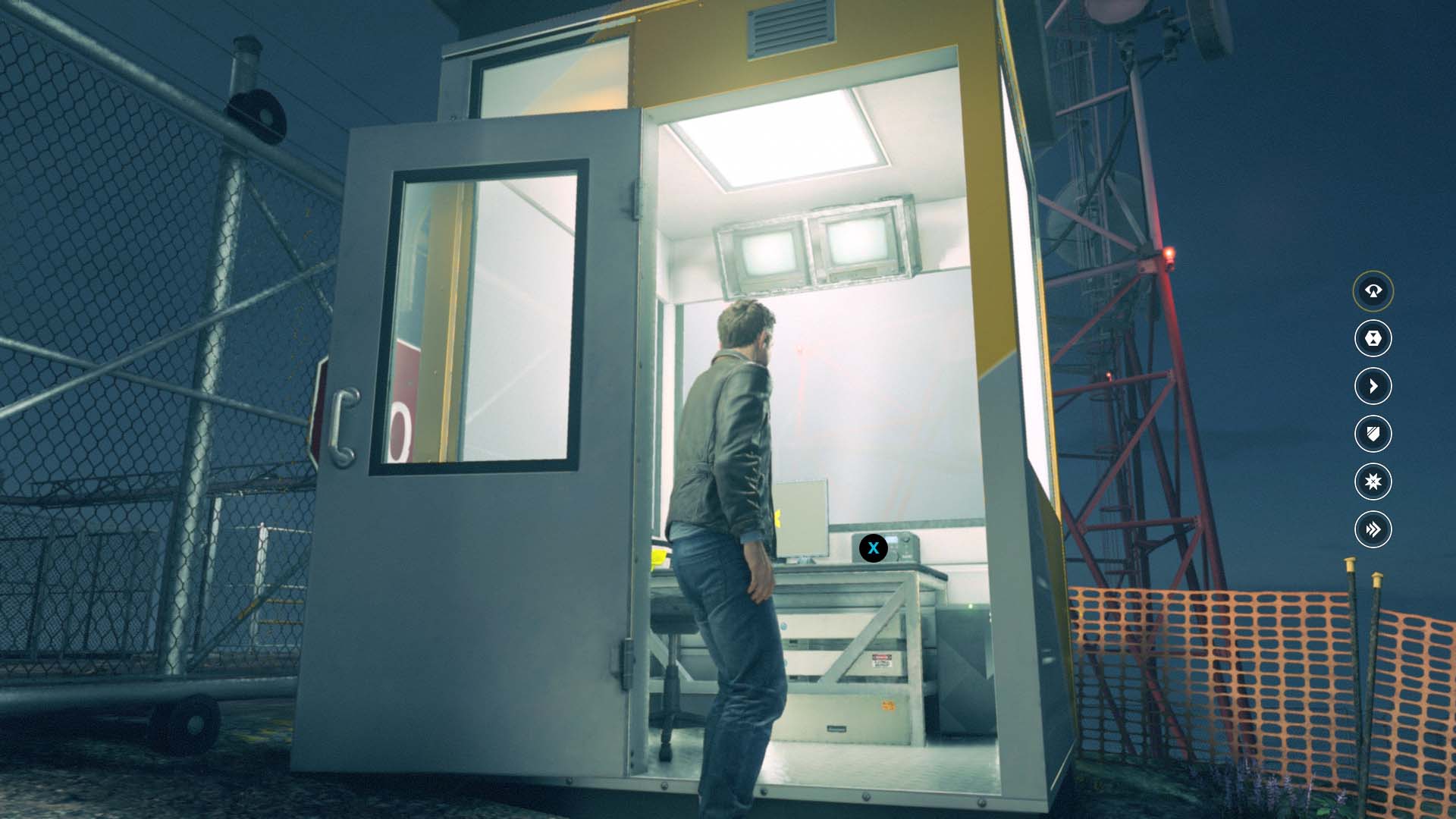 Find the radio inside the radar tower booth. 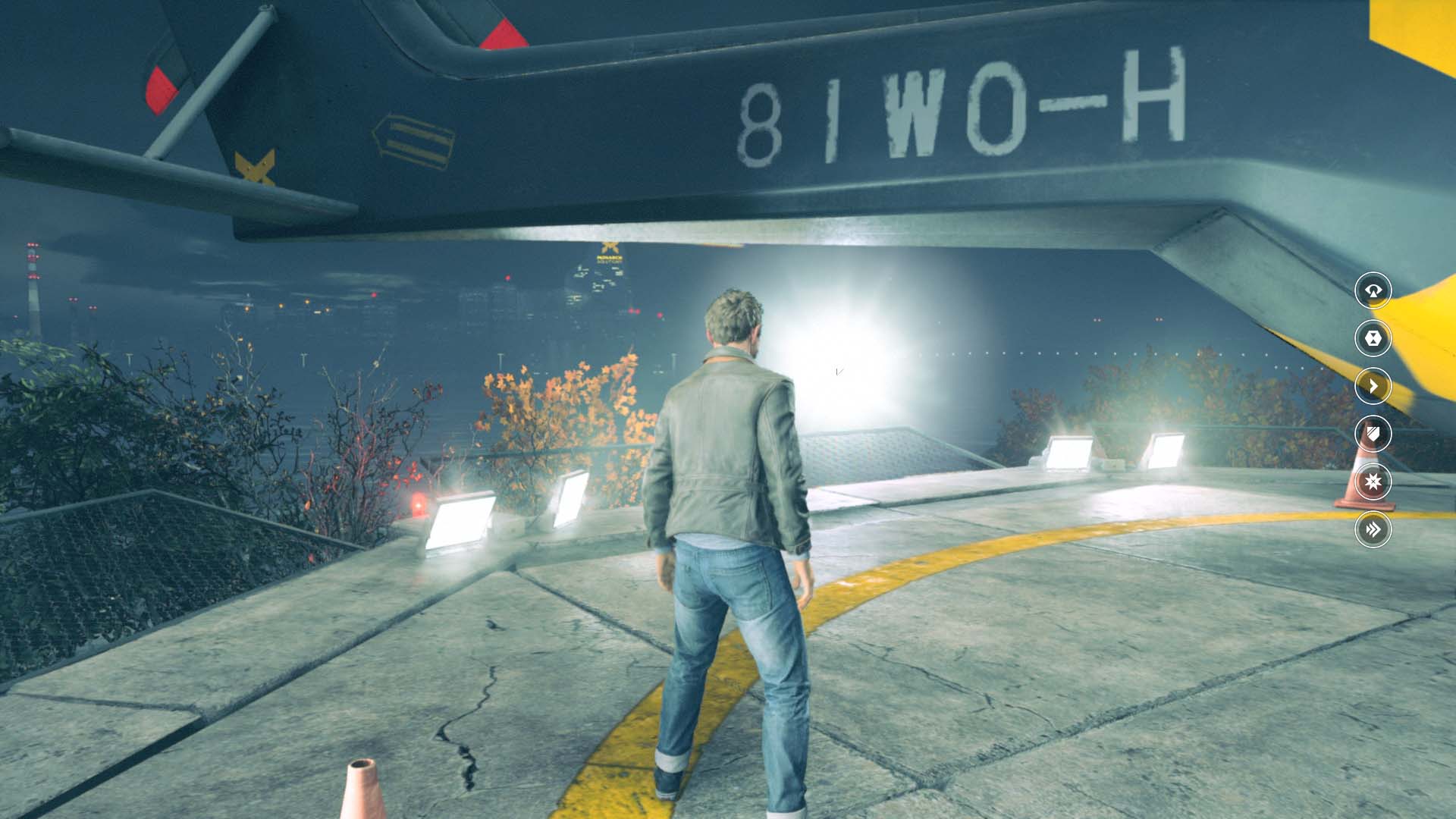 You can collect this near the radar tower, behind the helicopter on the helipad. 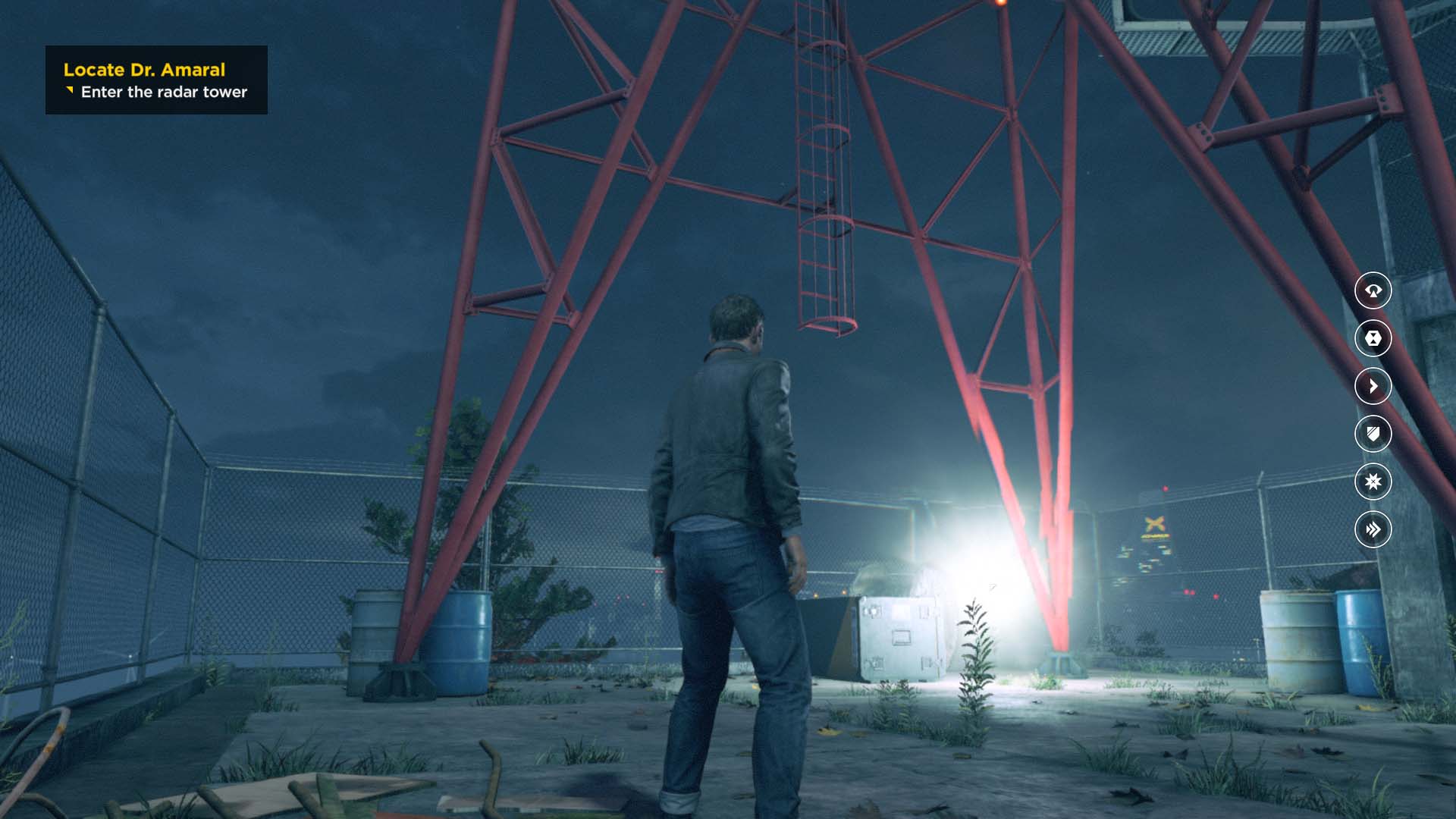 Head back to the radar tower and look for a set of stairs you can go down. A chronon source awaits you at the base of the tower. 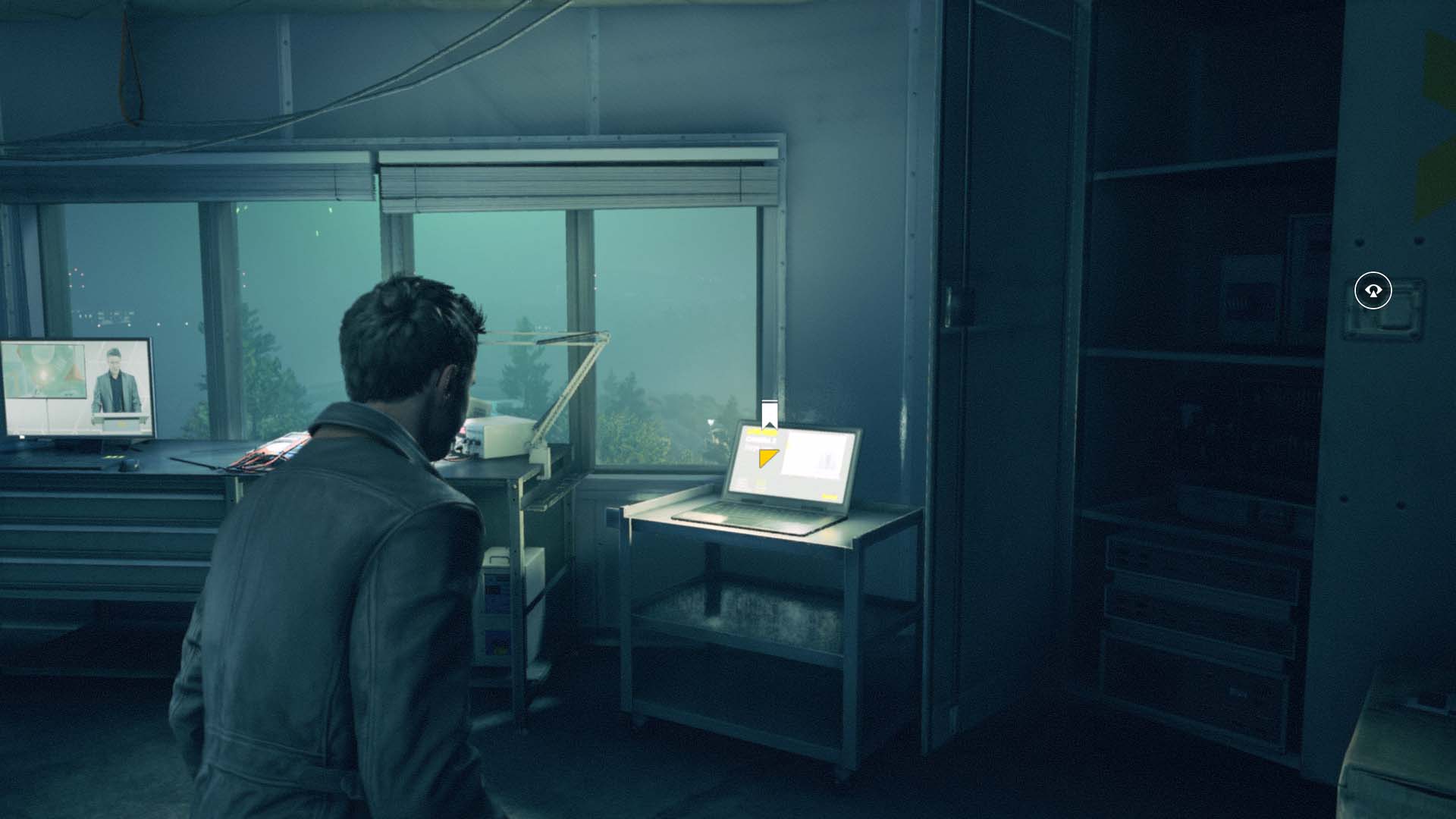 Find this on a laptop inside the Research and Development Facility, near where you enter from the radar tower.

Your next Quantum Ripple is automatically unlocked by streaming the speech to the Internet. 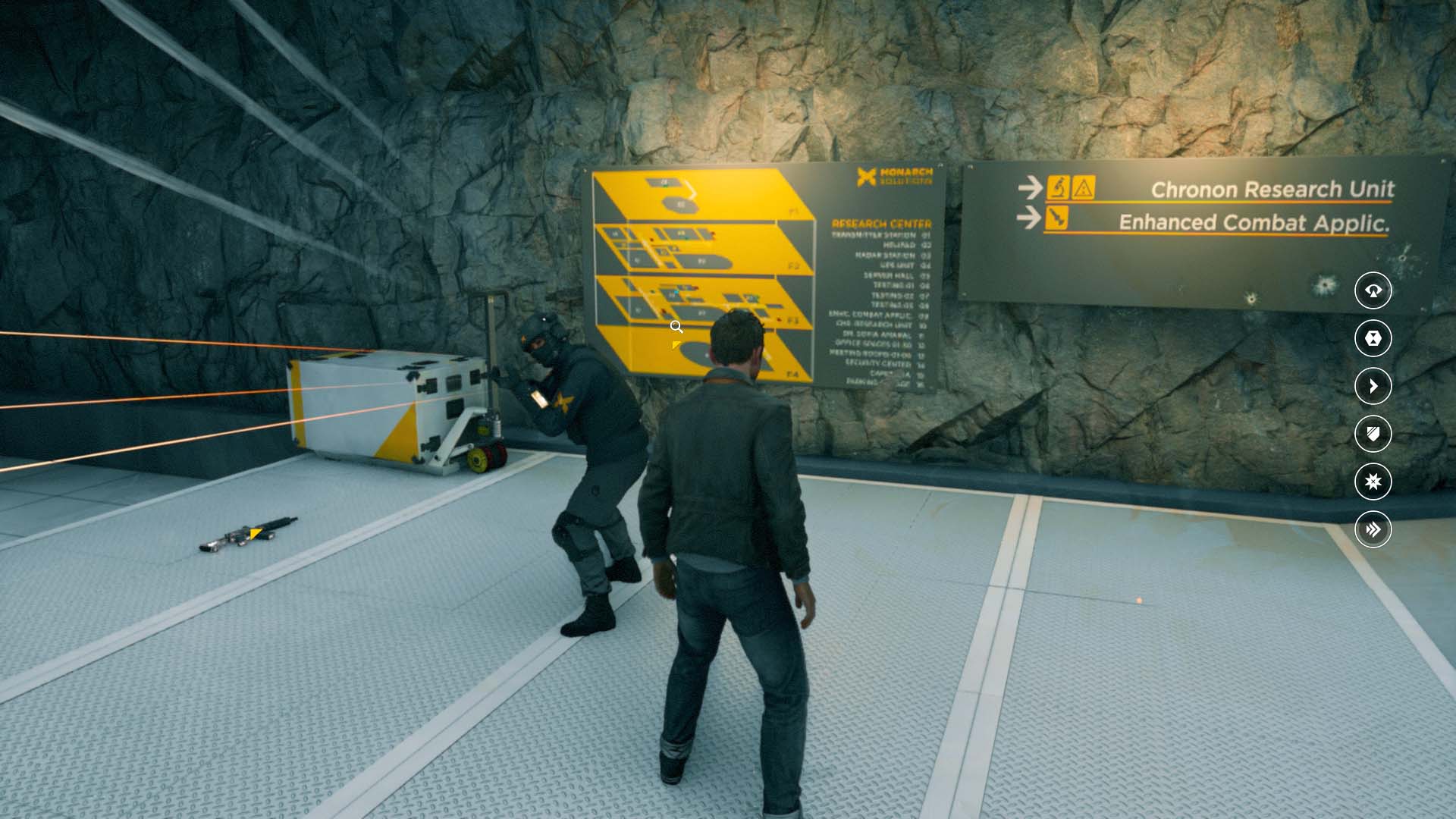 You'll see this on the wall behind the frozen soldiers as you exit the elevator.

From the map you just examined, turn right and go all the way to end of hall, then take a right and follow the hall until it dead-ends into a lab. Turn left, and the upgrade is waiting for you by the map on the wall. 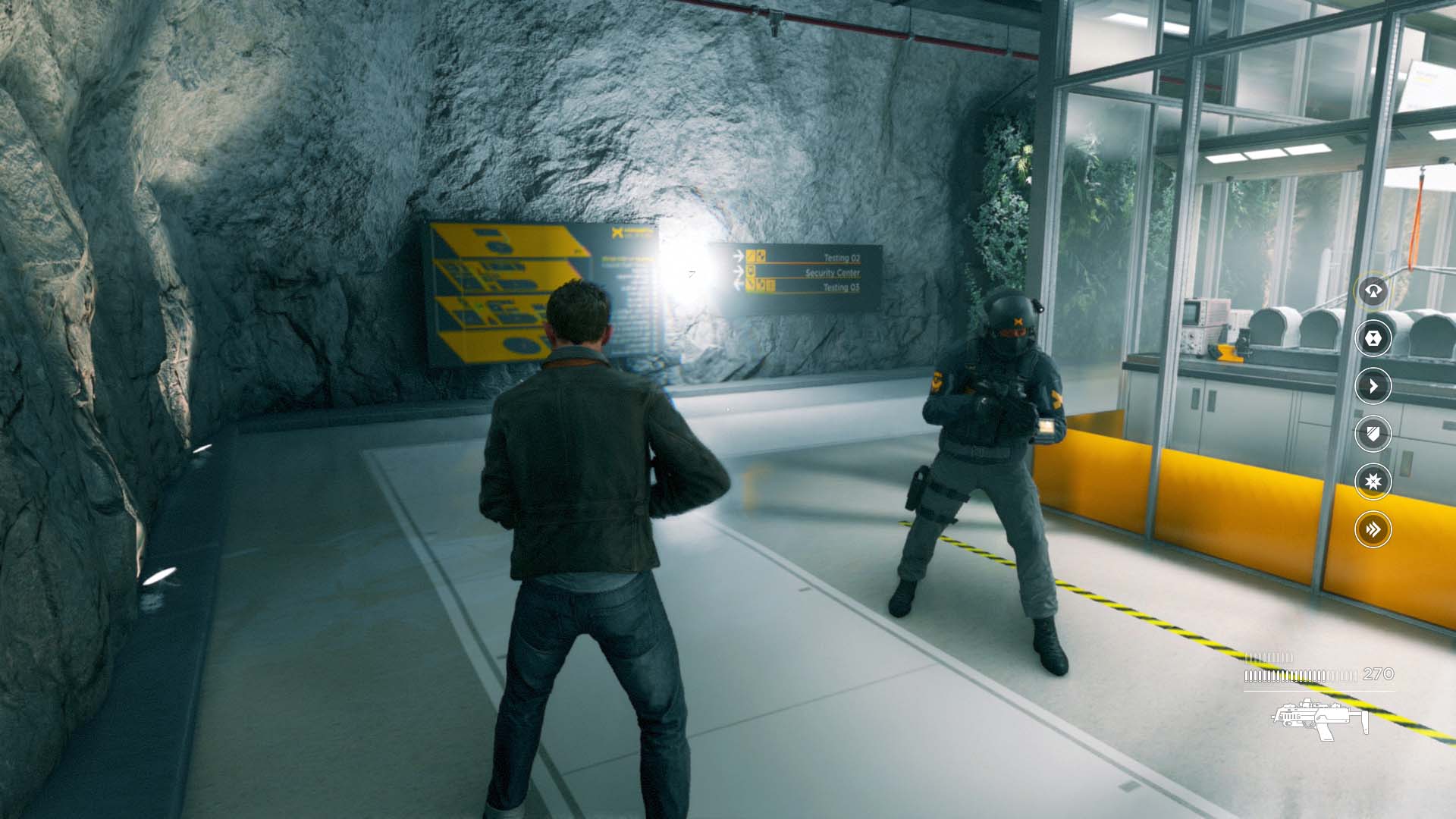 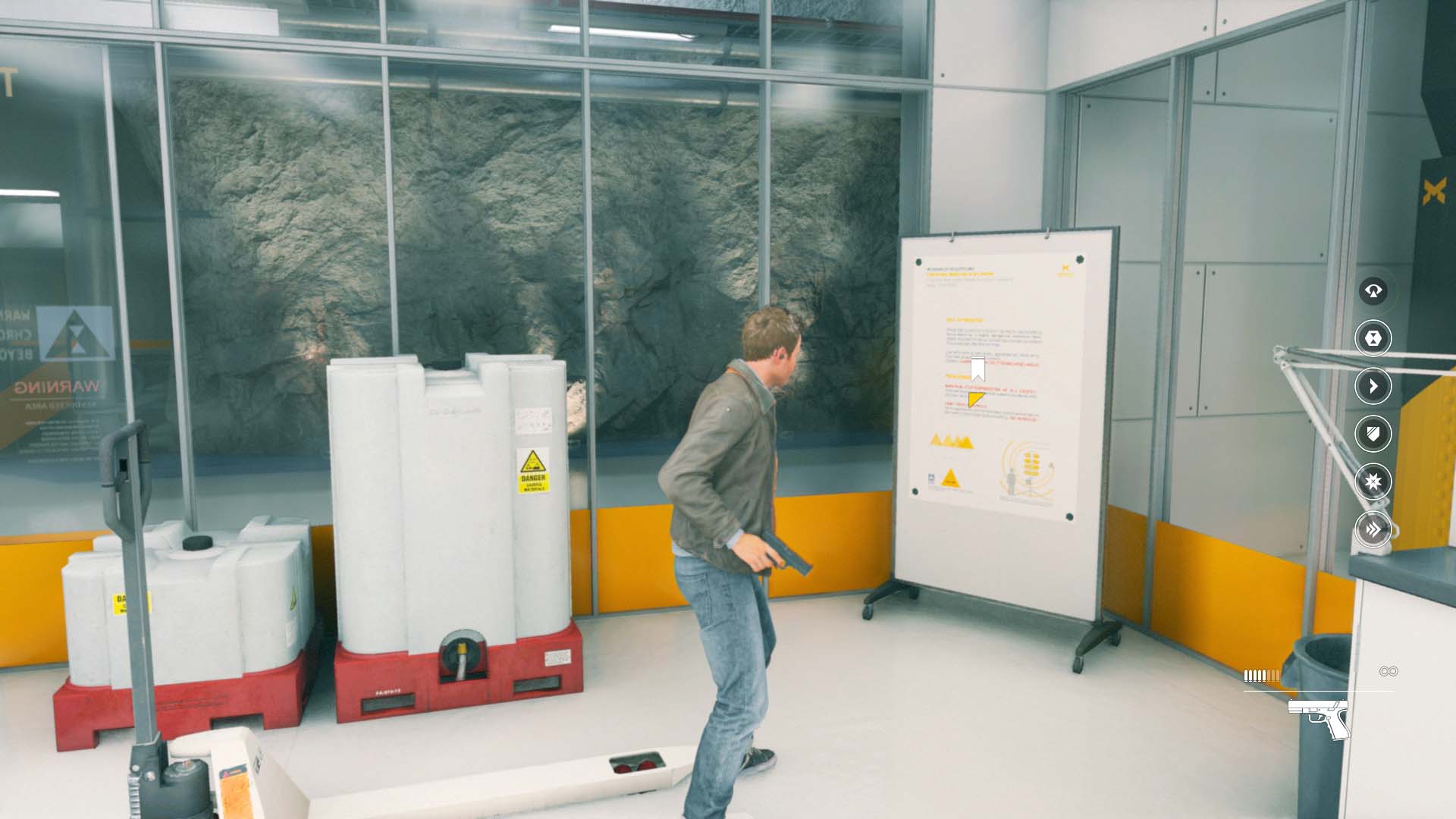 Find this in the corner of Testing 01, the lab where you disable the chronon disrupter 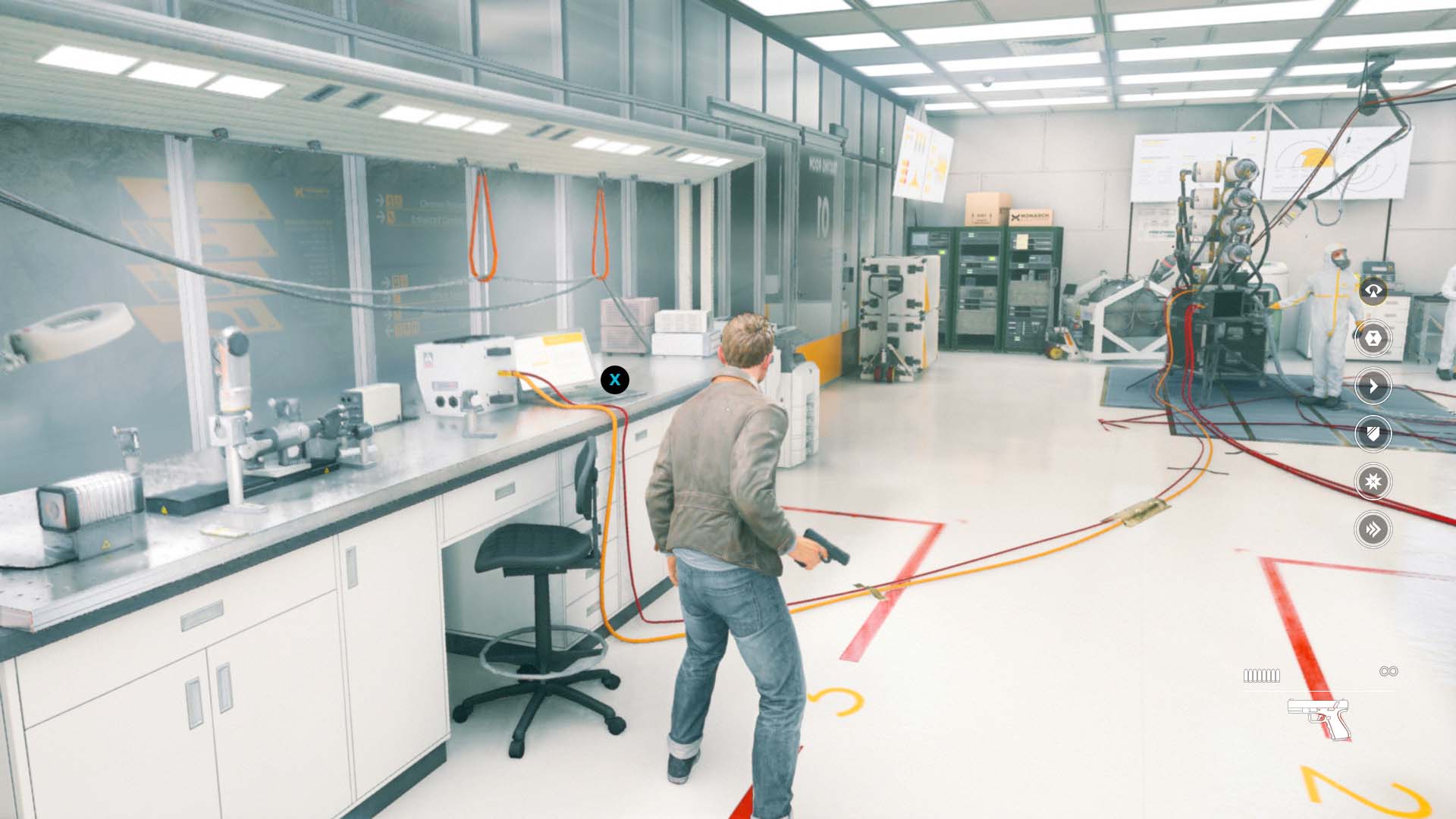 Head to the back of Testing 01 and look for a laptop with your next collectible. 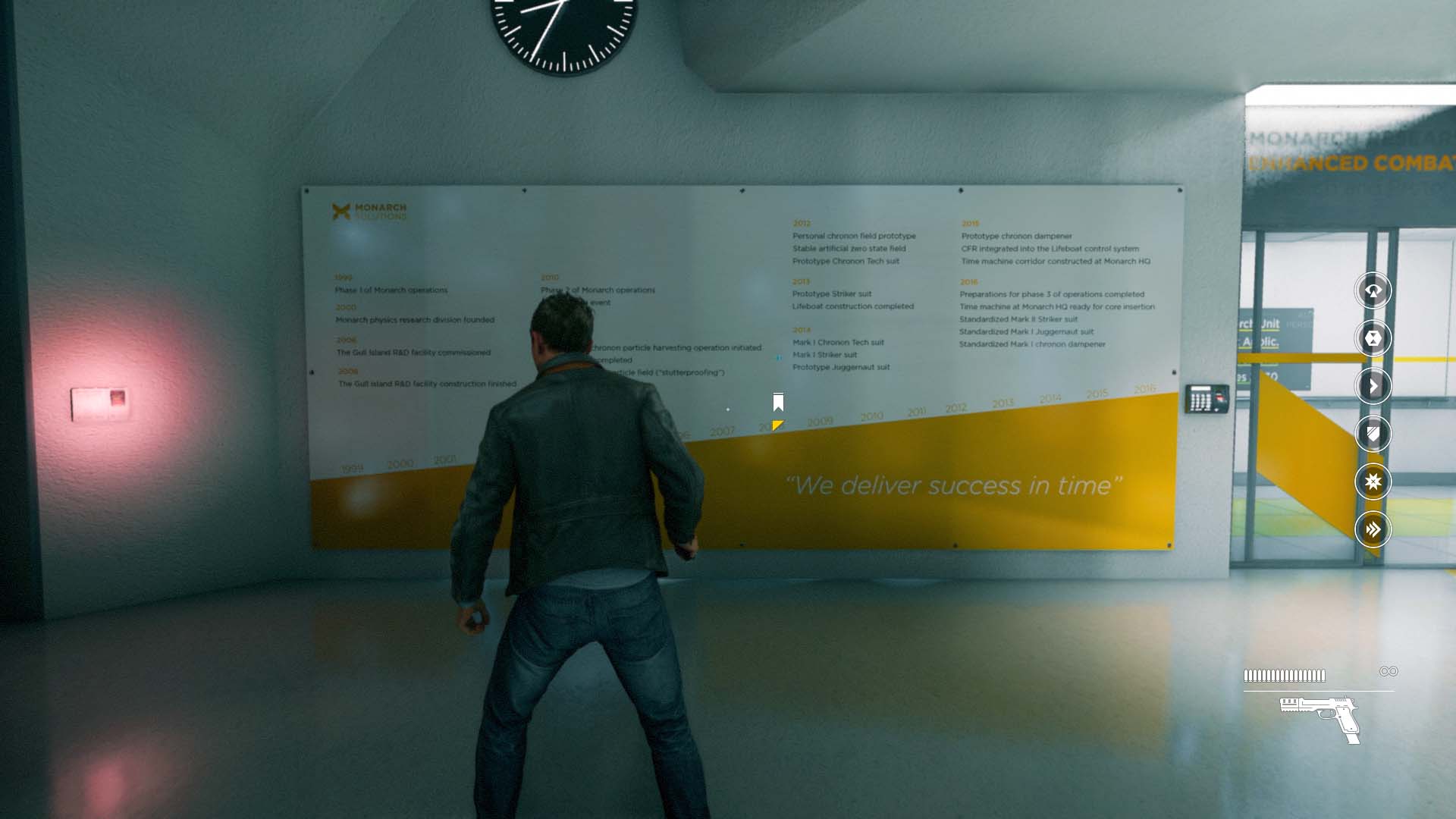 After killing the shift-proof guards in the lobby area, look for this timeline on the wall. 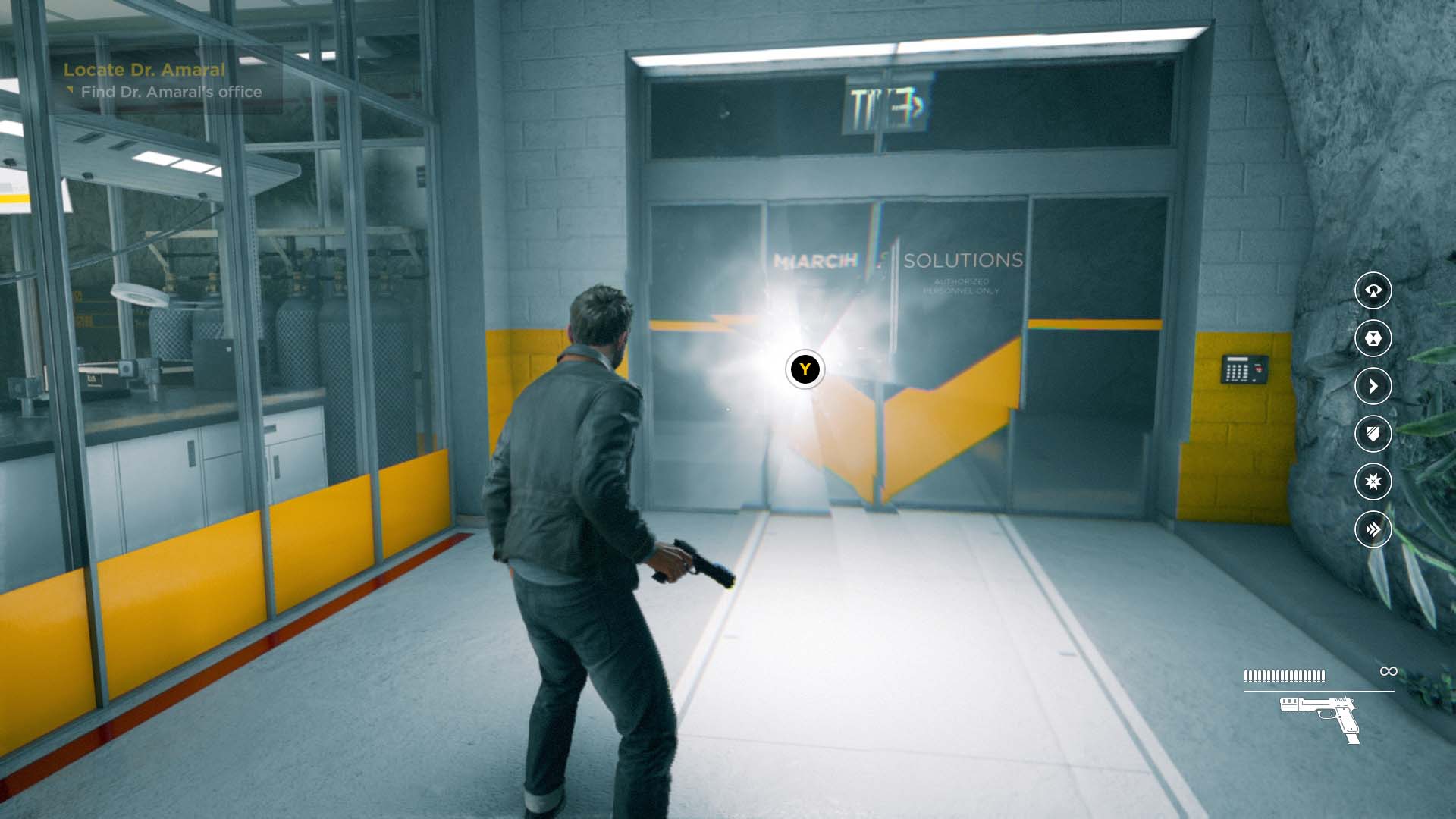 From the Monarch Technology Timeline sign, turn left and run all the way to the end of the hall to find a chronon source. 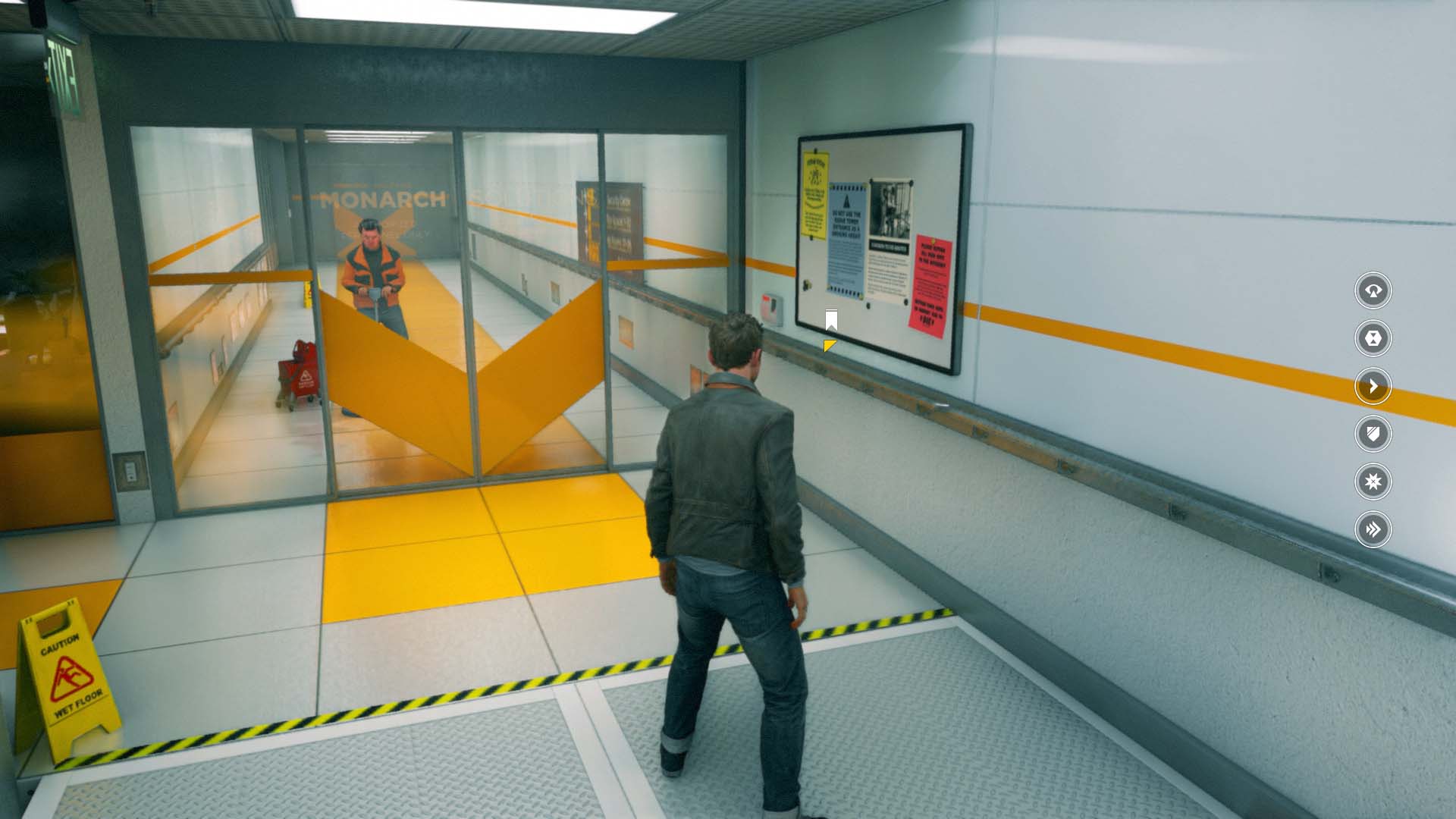 After you fight the Juggernaut, you'll continue into an area with several offices. The noticeboard is on the right as you enter the office area. 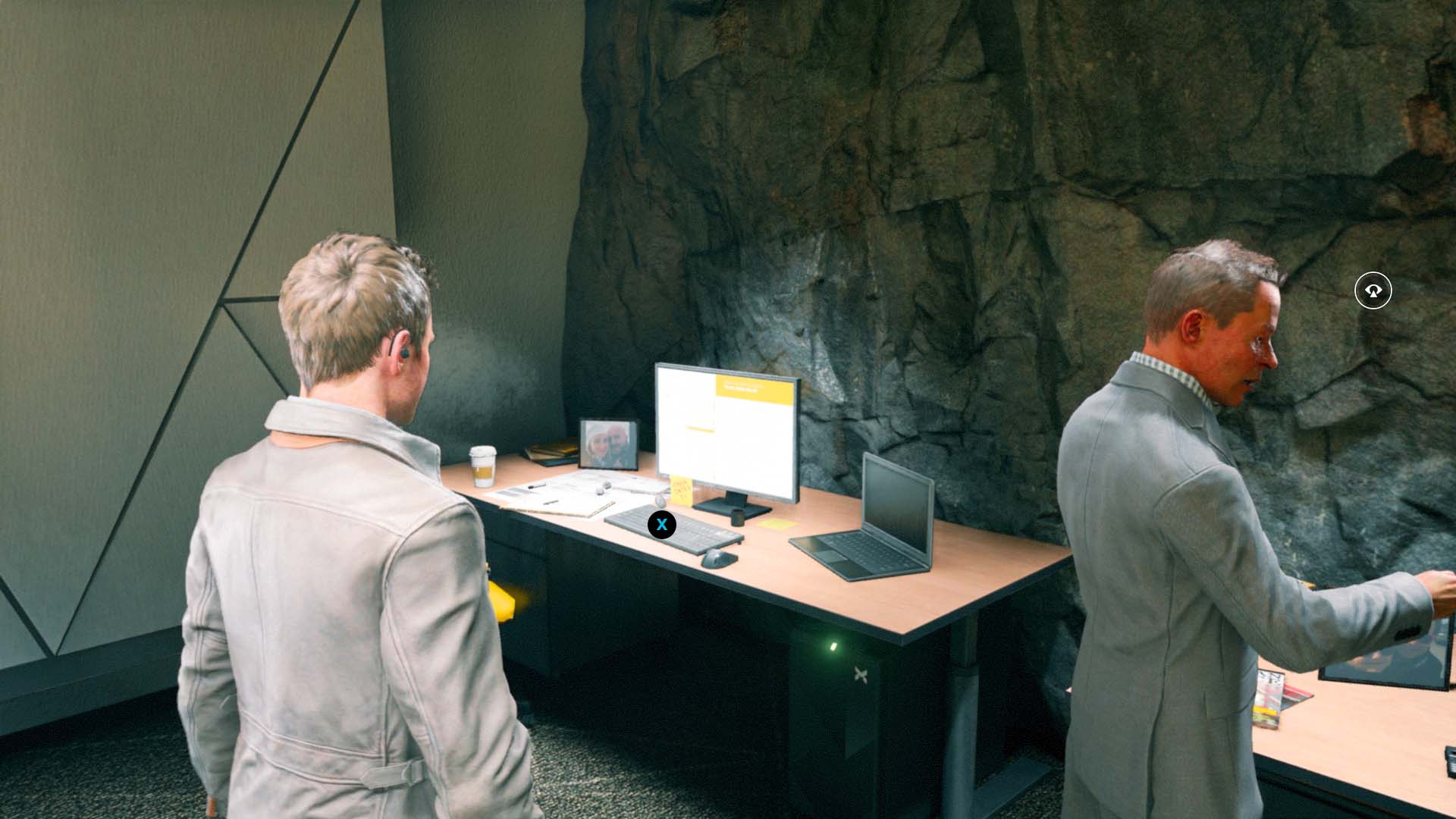 Look for this on a computer in office 201. 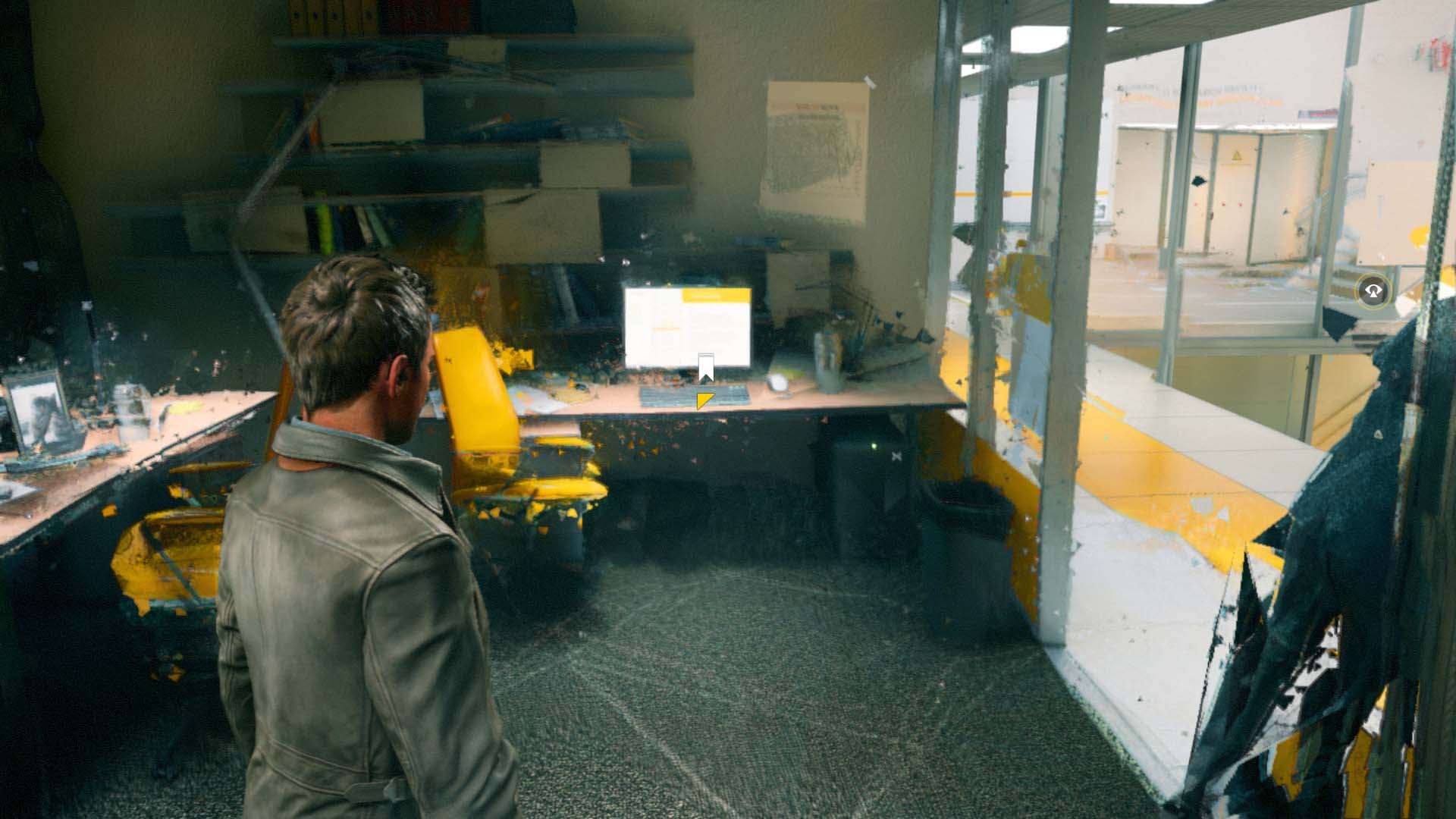 You'll find this on a computer in office 202. 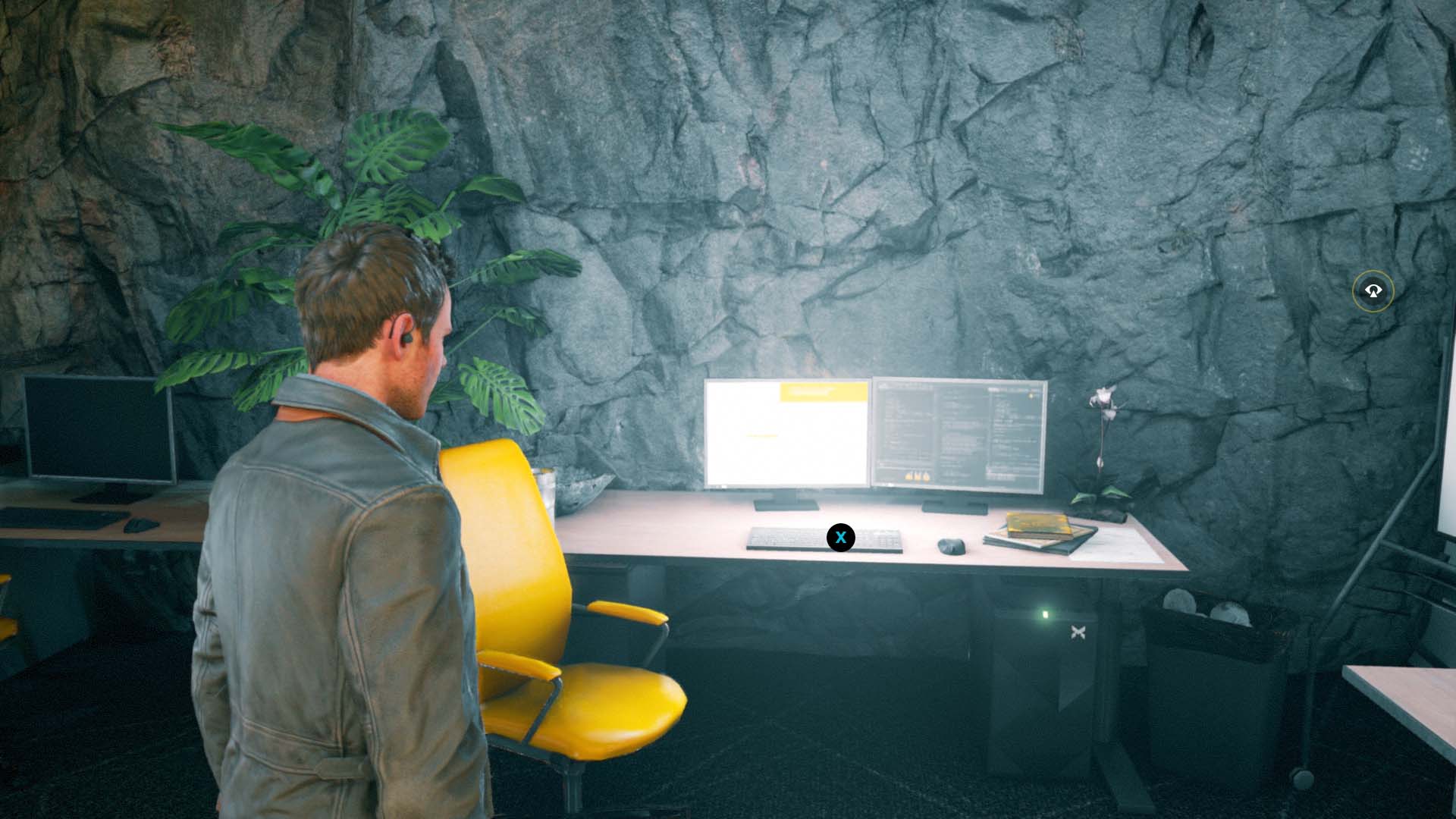 And this is on a computer in office 203. 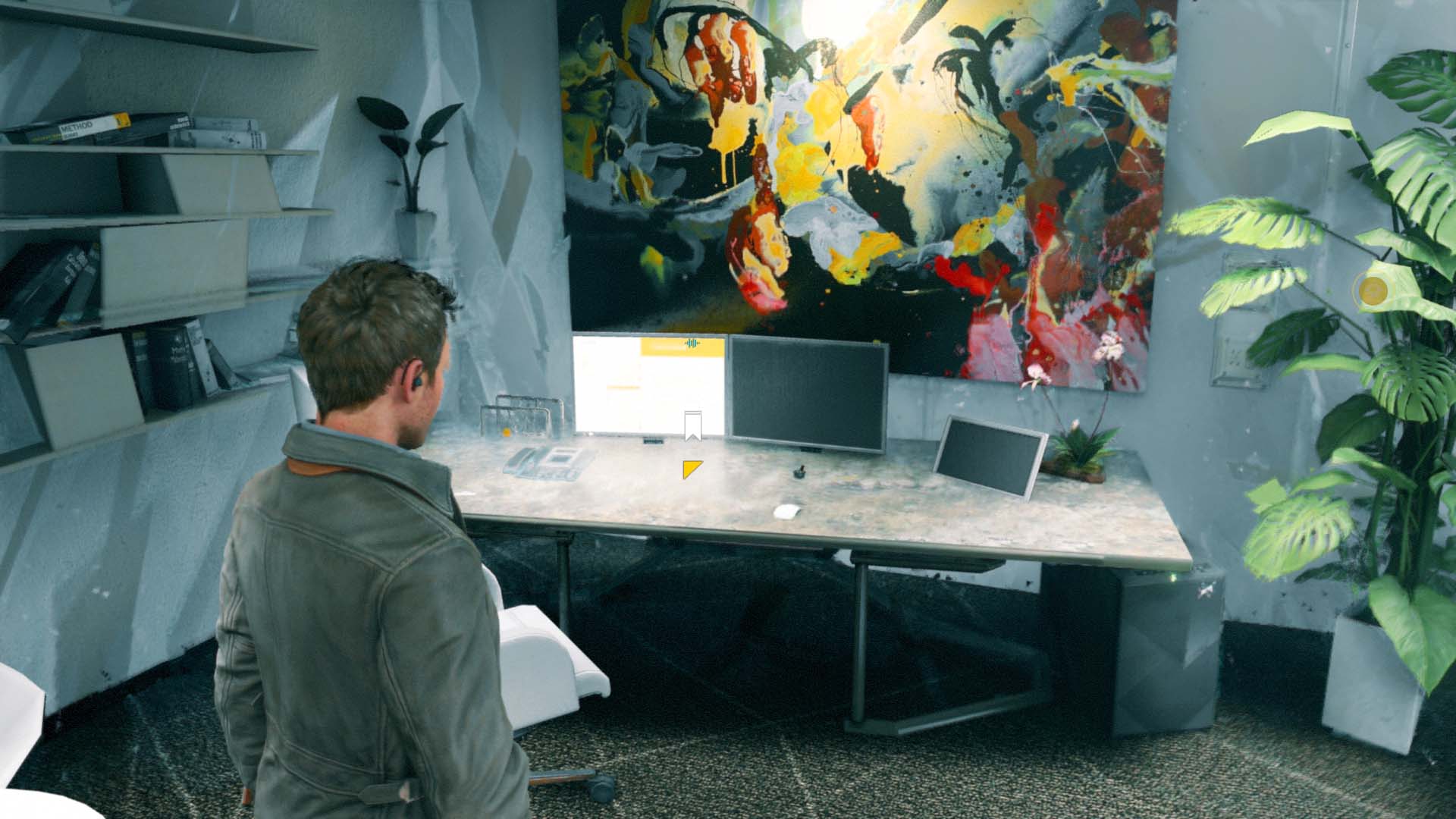 As you enter Amaral's office (number 204), you'll see a computer where you can find another email. 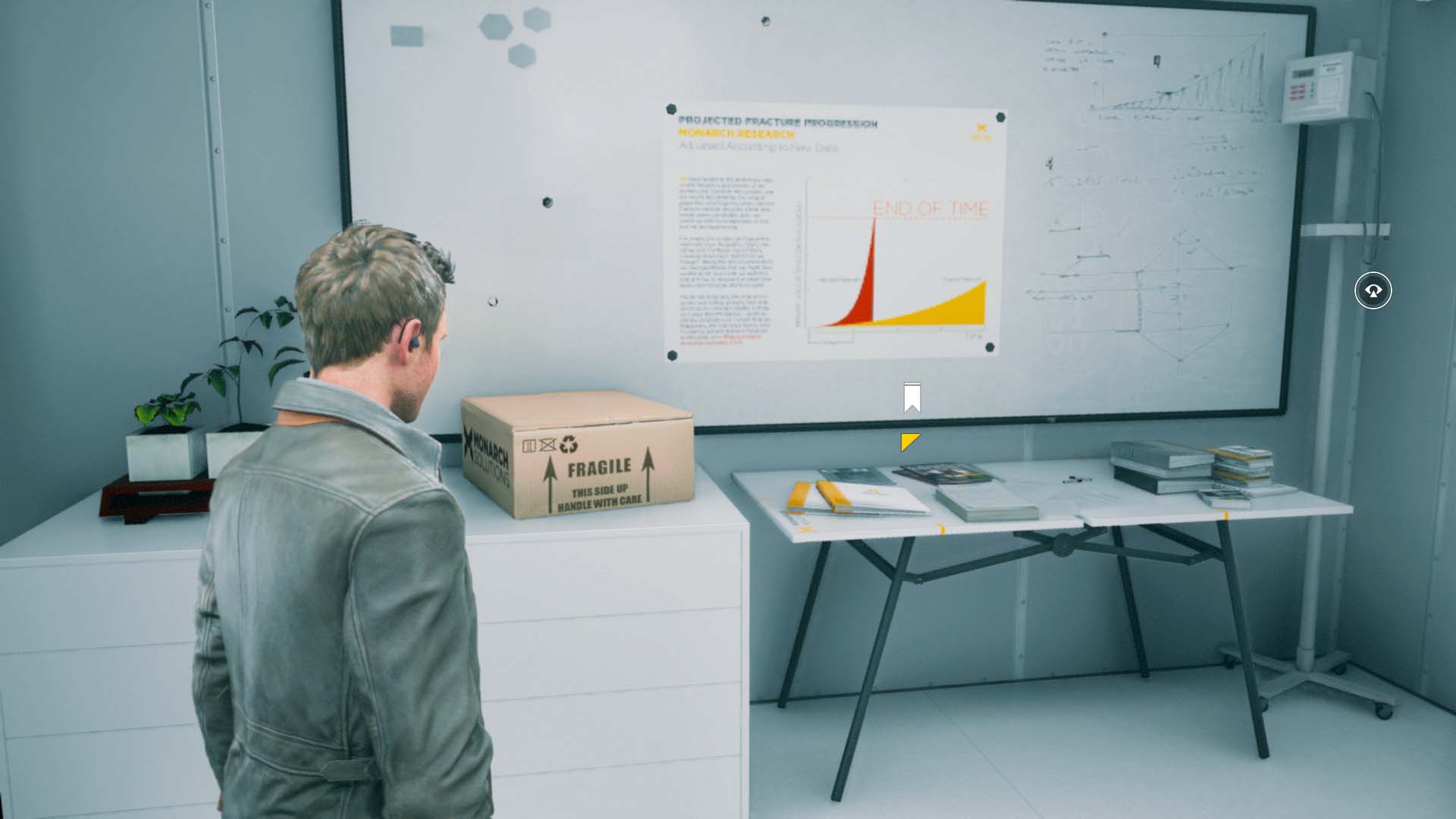 Find this chart on the wall in Amaral's office. 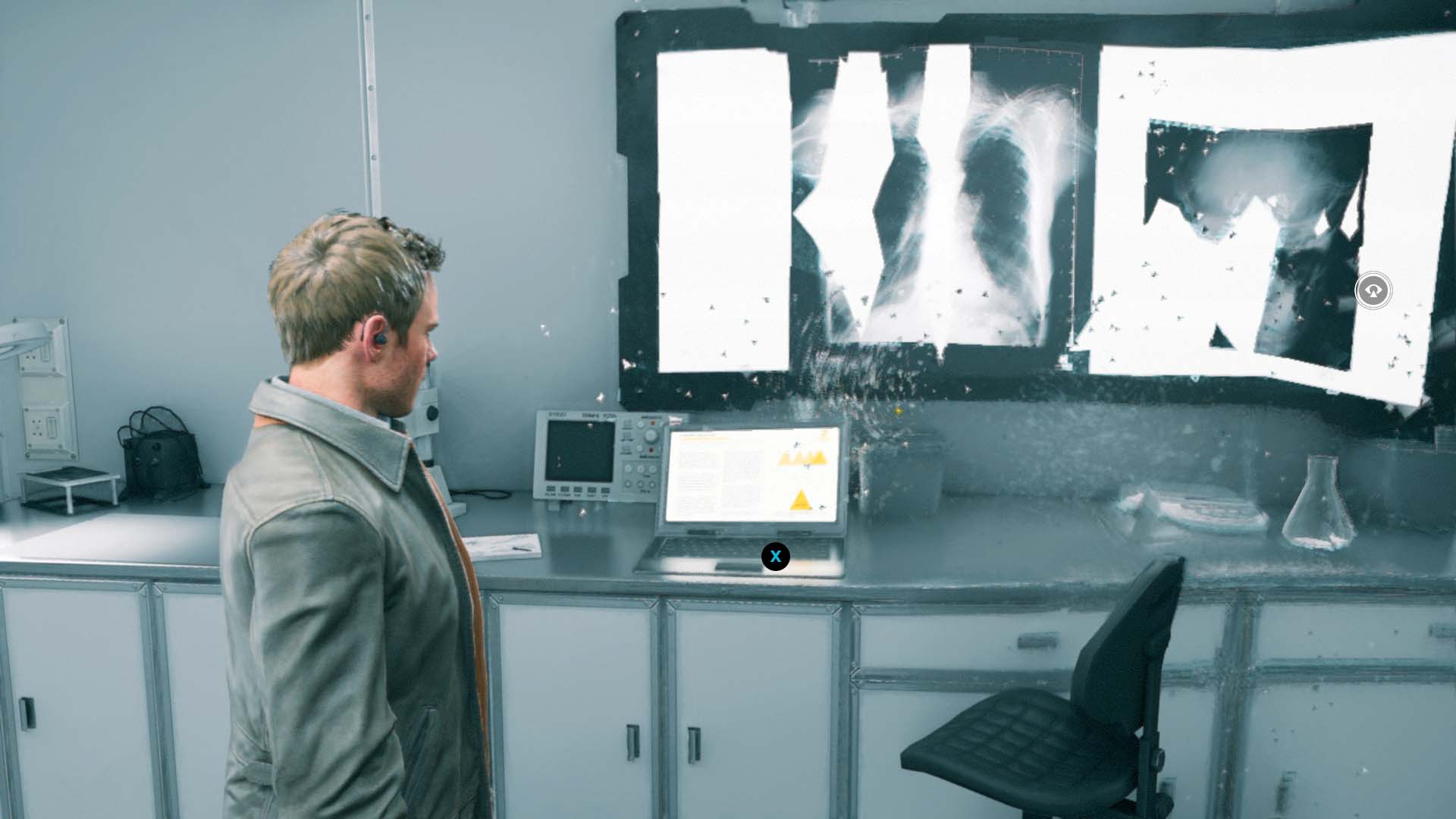 You can see this on the laptop near the X-ray display in Amaral's office. 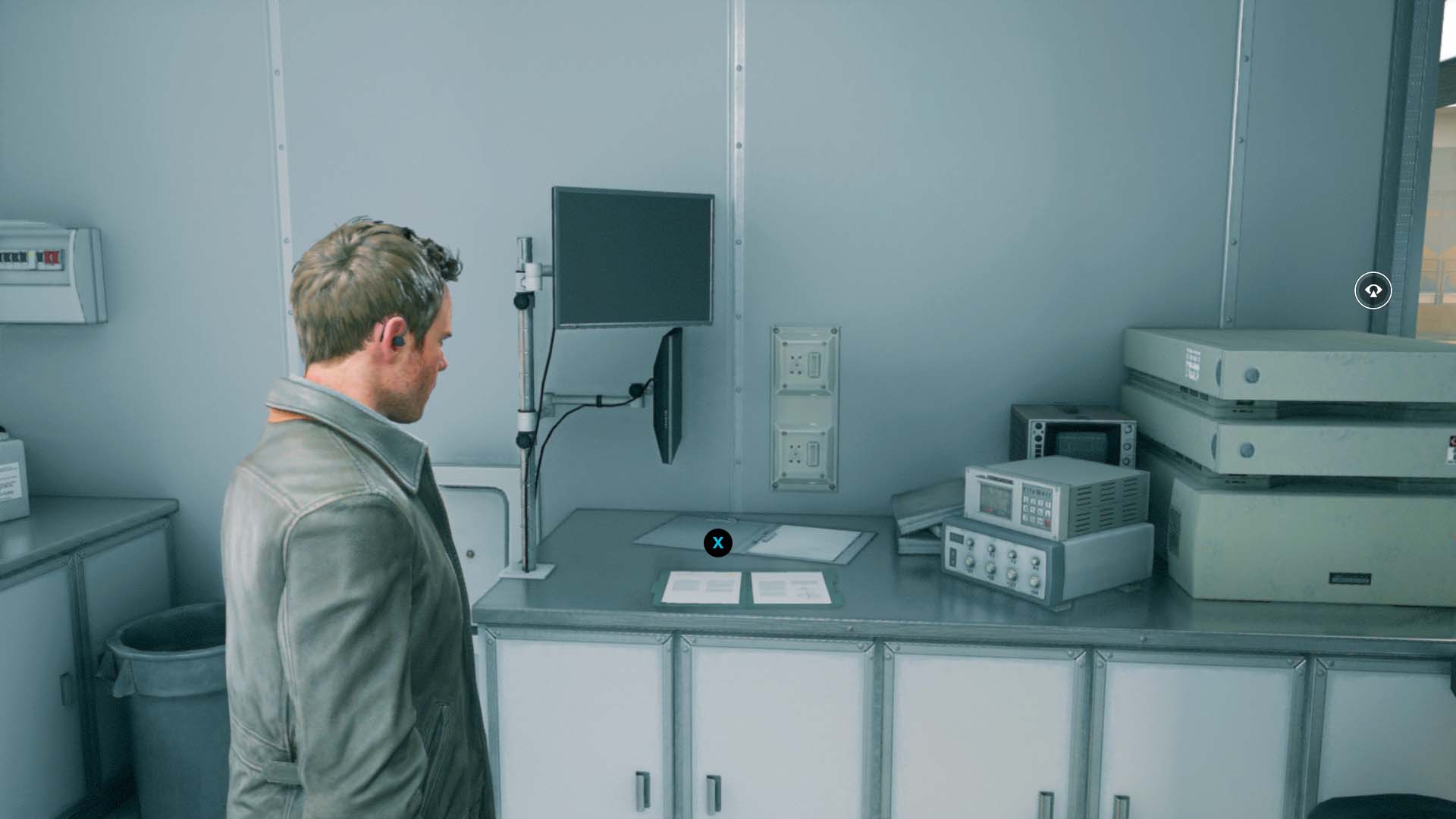 Find this on the table in Amaral's office. 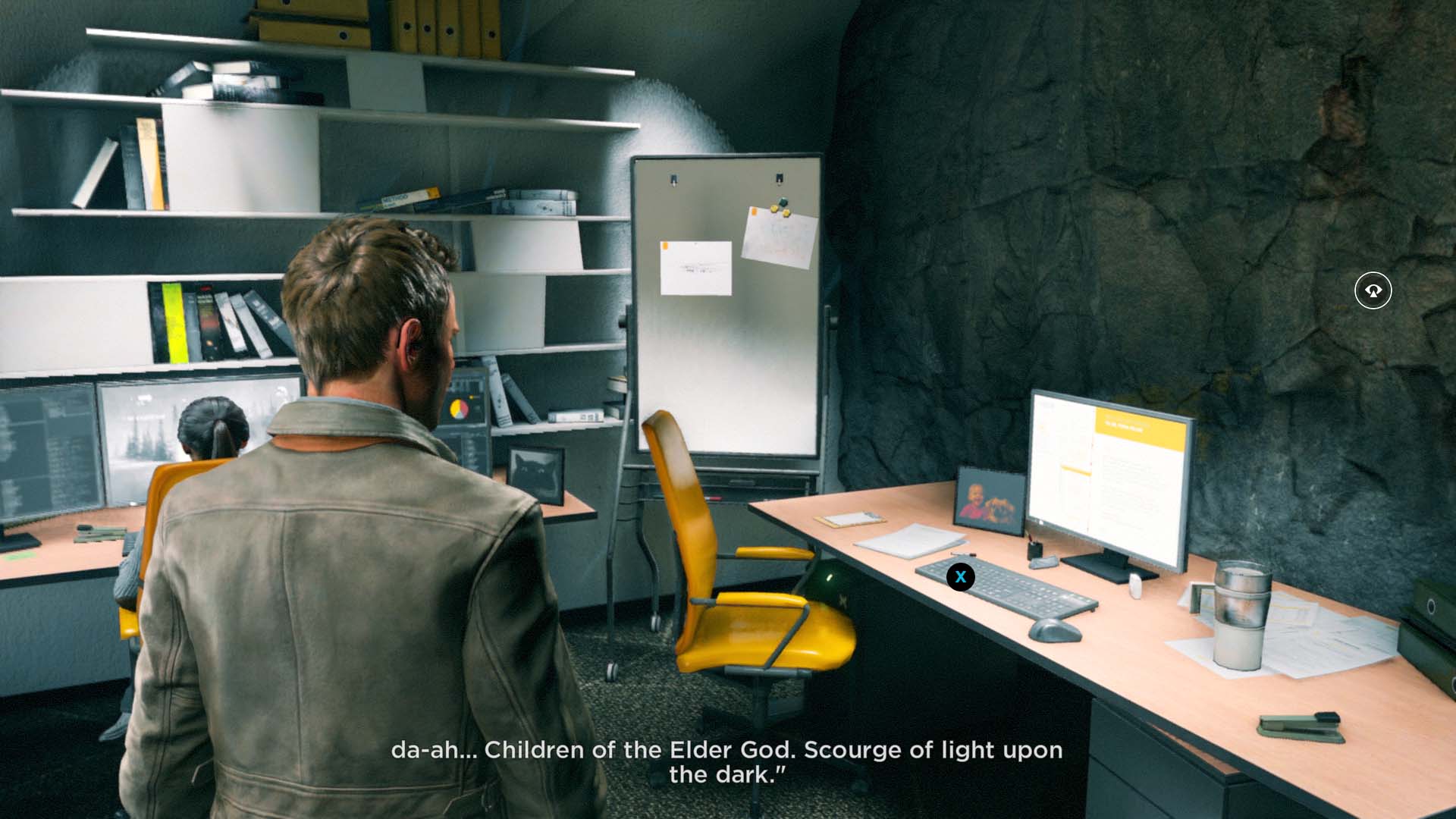 See this on a computer in office 205 (where the frozen woman is playing Alan Wake). 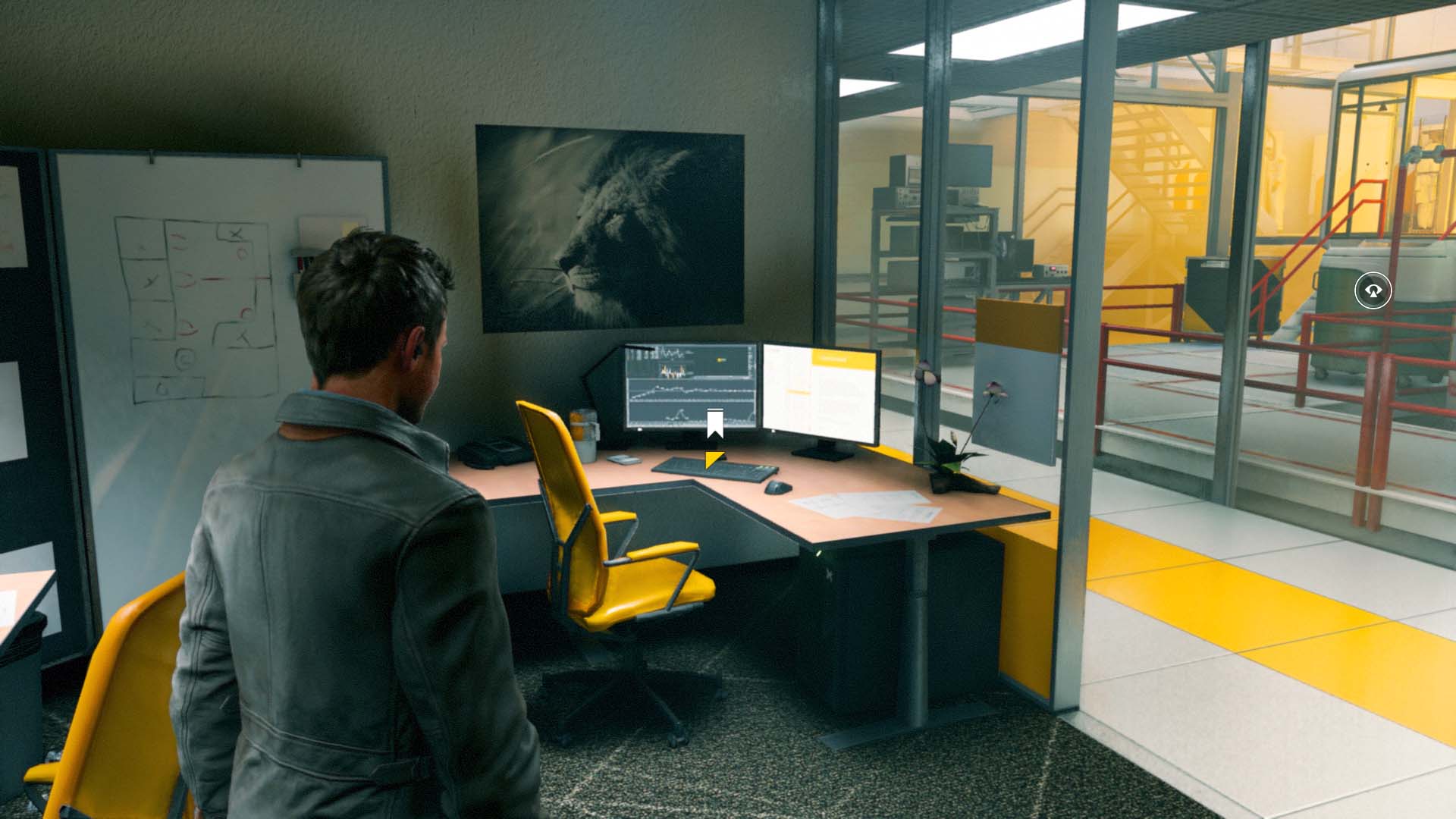 Once you've explored all the offices on the second level, head downstairs for more collectibles. The first is an email on a computer in office 102. 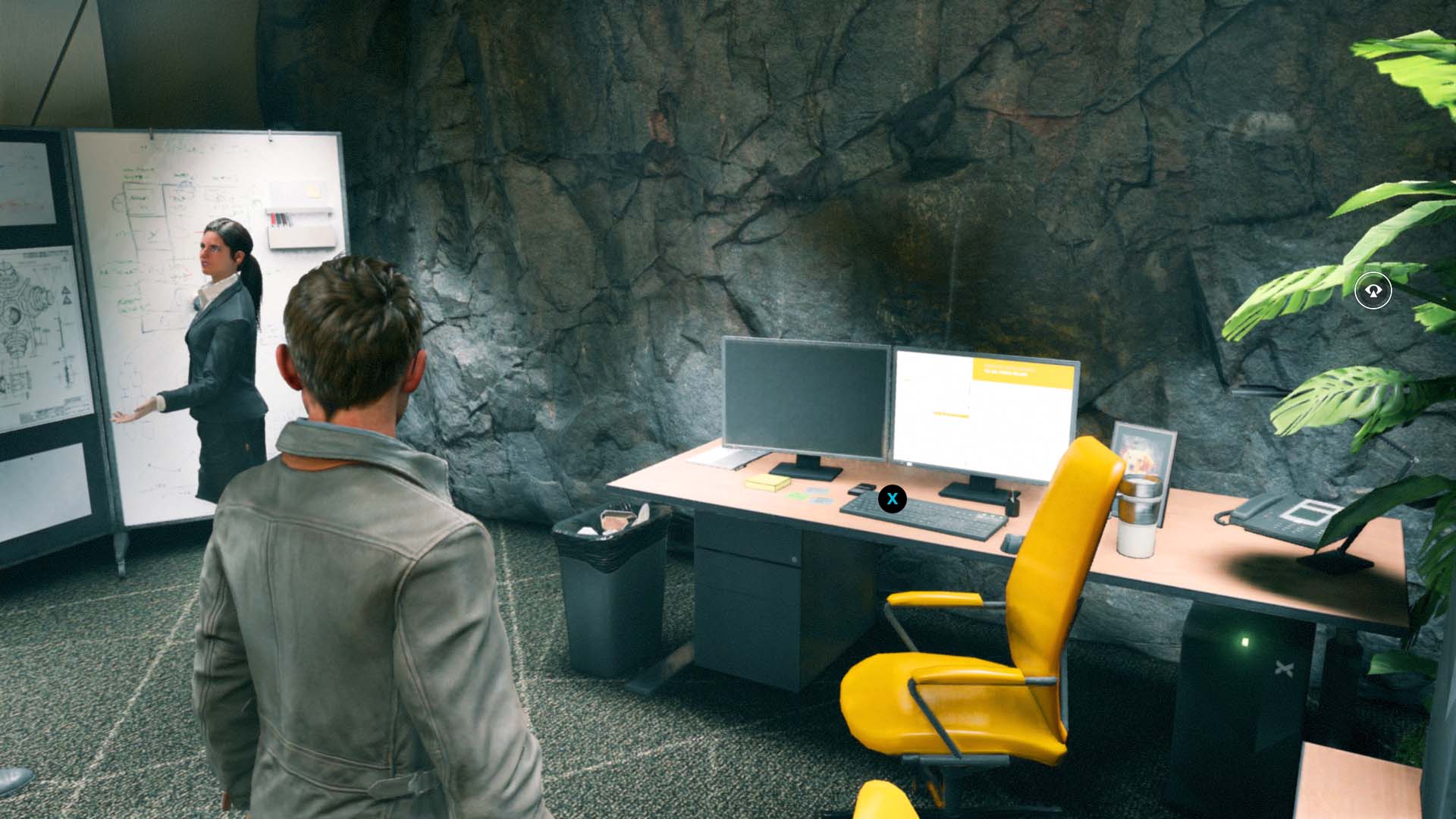 You can find this on a computer in office 103. 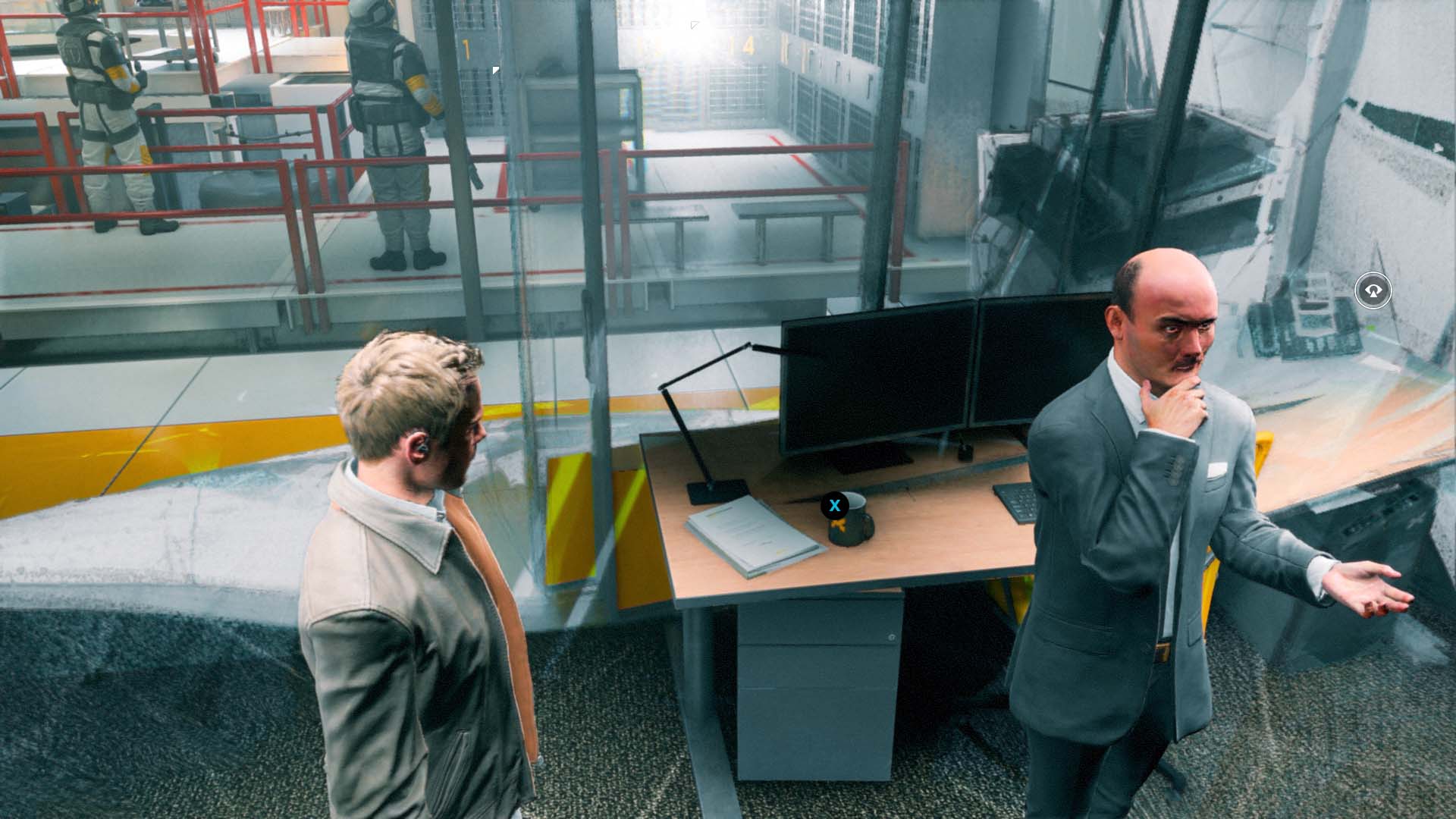 This is on a desk in office 103, behind the frozen man. 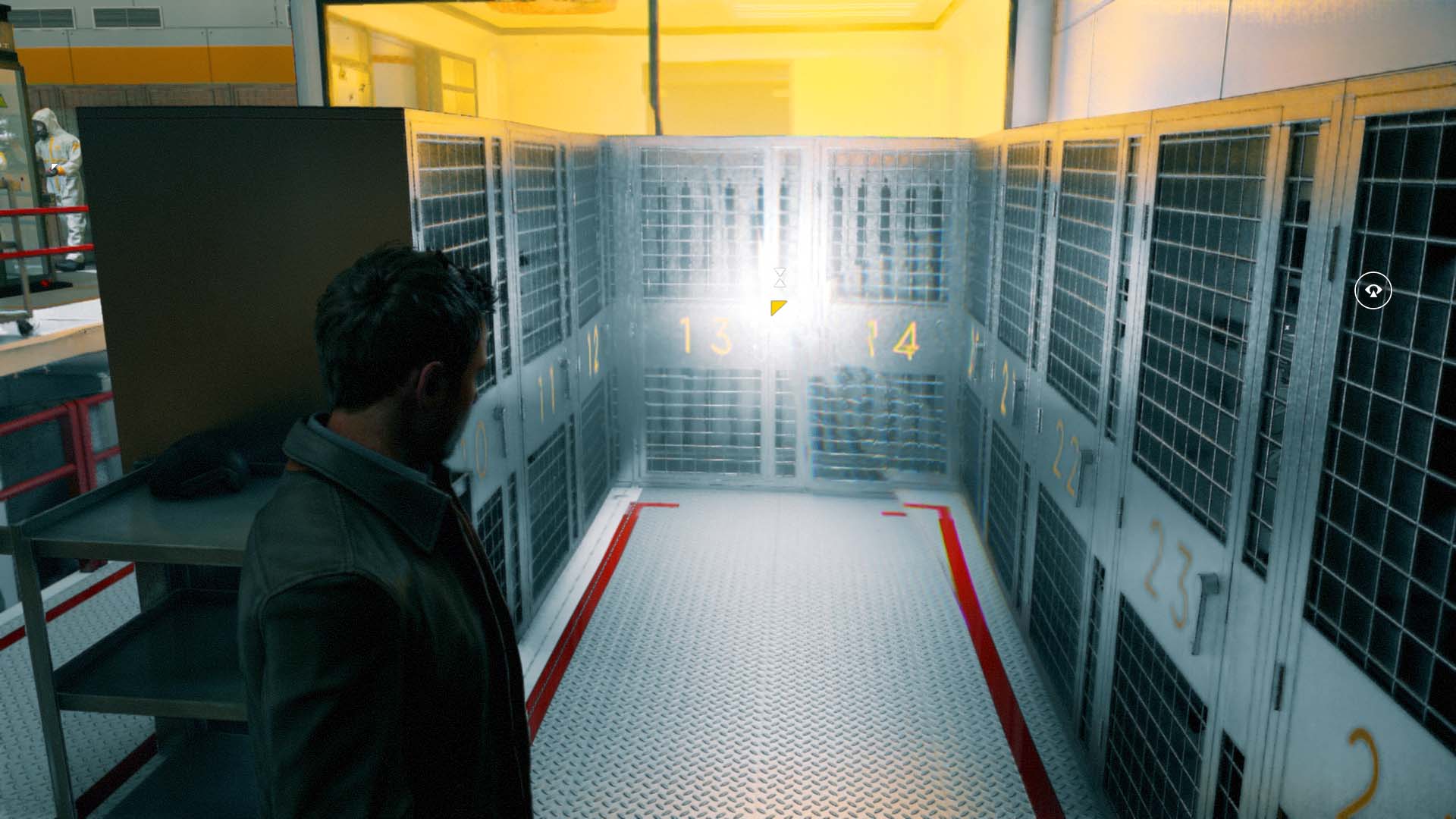 Your path will take you through the mini lab area in the center of the offices. Before you leave, explore the bank of lockers for another chronon source.