Welcome back to Raccoon City

Resident Evil 2 brings you back to Raccoon City. While this version shares a name with its inspiration, it’s effectively a brand new game. Here are some tips to help you get started.

You’ll always want more ammo. At no point will you have too many bullets. We spent a sizable chunk of our game cursing ourselves for wasting shots hours earlier.

You don’t gain anything by killing a zombie. You don’t have to kill every zombie.

Your combat knife is (mostly) useless

Aside from your firearms, you’ll pick up several Combat Knives. It’s tempting to think of these as your fallback weapon when you’re out of (or low on) ammo, but the zombies will quickly dissuade you of that notion. Your knife is a weapon of last resort. It’s good for two things: checking to see if a zombie is really dead (slash at it while it’s on the ground), and stabbing a zombie who grabs you.

Running is almost always an option

Taking the last two points together, consider running. Sometimes this means running past or away, and sometimes it means leaving a zombie to deal with later. Again, don’t think that you have to put down every monster you see. It’s better to ignore some and save your bullets for when you really need them.

Ammo is scarce, and headshots are powerful. Try aiming not where the zombie is but where it’s going to be. Let it walk into your reticle where you’re aiming, and then fire for a headshot.

Unlocking every door takes time (but it’s usually worth it)

Resident Evil 2 is a very gamey game. It’s full of puzzles and locked doors whose solutions and keys are hidden throughout the world. You’ll be doing a lot of looping and backtracking to open every locked door, sometimes many hours later.

Putting in the work whenever you find a combination or key always pays off. You tend to find something valuable like healing herbs, ammo, or even a Hip Pouch to increase your inventory.

Your map tells you when you’re done with a room

Your map is invaluable for navigating Resident Evil 2, but there’s more information there.

When you first enter a new area, the room will be colored red on your map. A red room means there’s still something to find inside. Sometimes, this is a lock you can’t open or a puzzle you can’t solve yet. Other times, this is just an item you haven’t stumbled across or picked up yet.

Check your map often to make sure you’ve picked up everything you can. 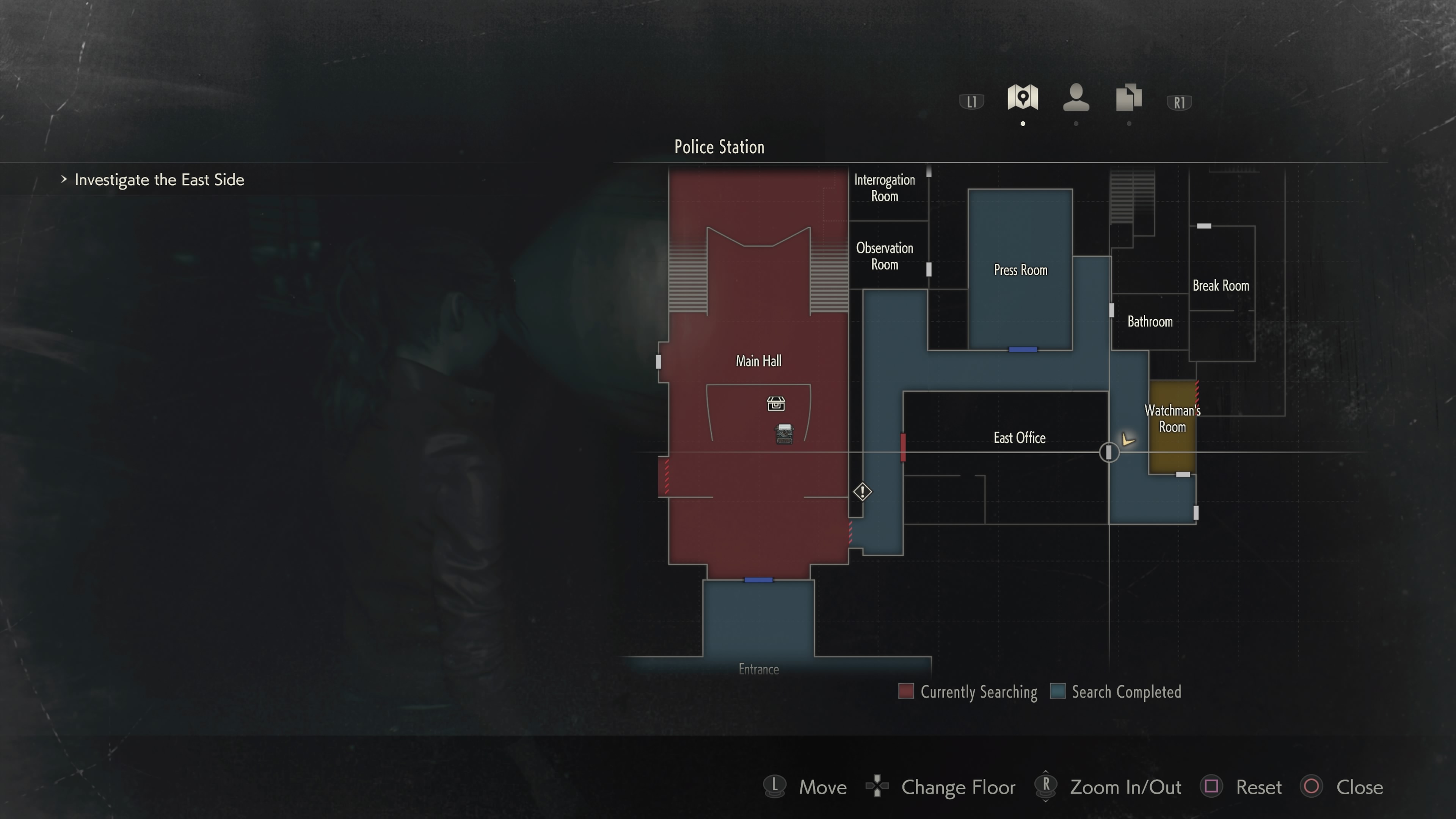 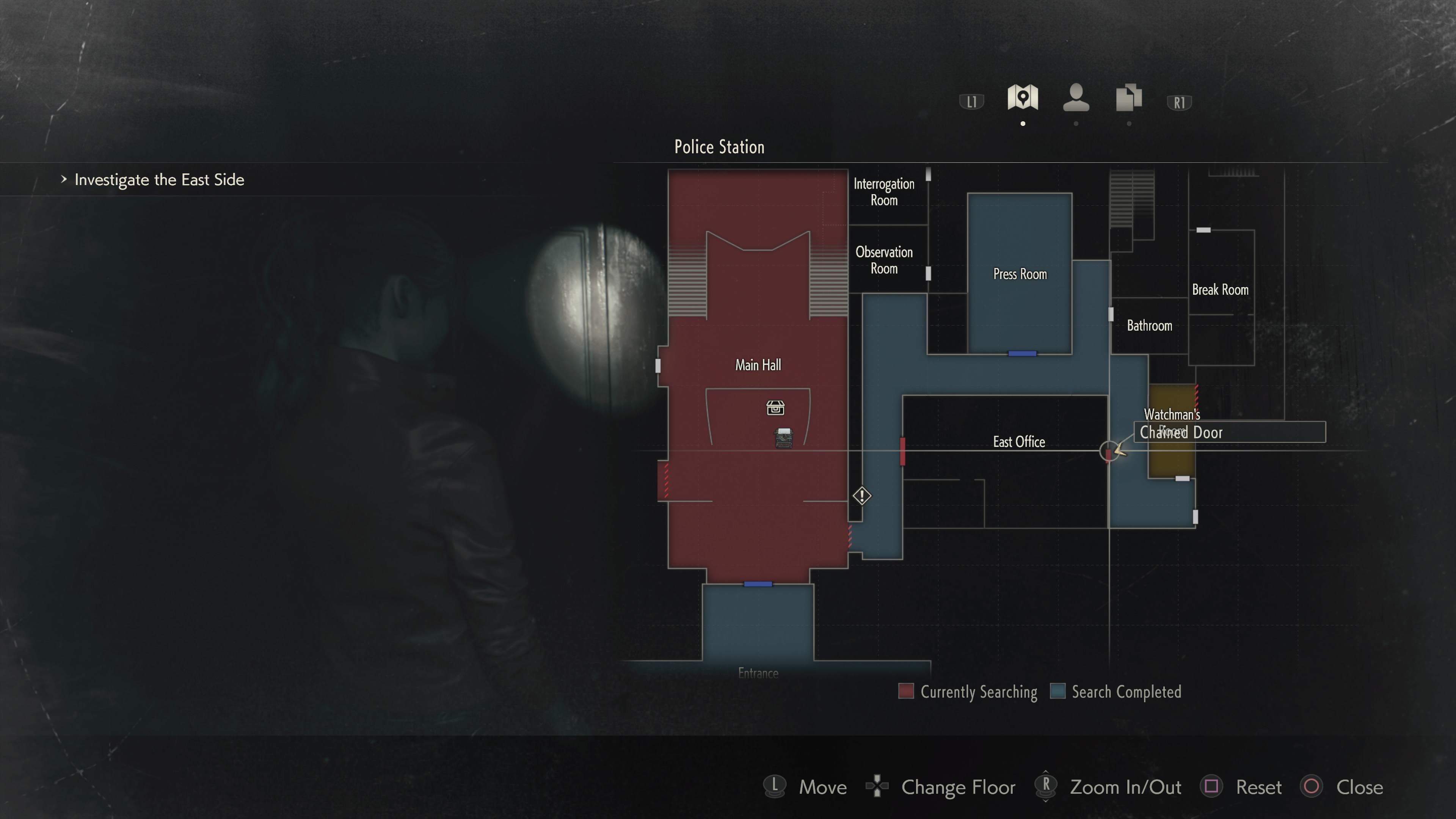 Speaking of your map, here’s a trick for making it easier to read: Interact with every door. If it’s locked, trying to open it adds information to your map. That could be text that describes the way it’s locked (Chained Door, for example) or it could be an icon indicating that you need a special key.

This is basically planning for the future. When you get an item that can open these doors, you don’t have to guess where it’ll work. You just have to check your map because you’ve already done the work to label the doors on your map.

Use multiple save slots

Mistakes can be particularly costly in Resident Evil 2. Maybe you wandered into an area, freaked out, had particularly bad aim, and wasted a bunch of ammo. Load a recent save file, and you can effectively rewind time and try again with the knowledge you gained from your first attempt.

You’ll be shocked at how much faster you can get through the game when you know that’s coming and you’re not tiptoeing around. You have 20 save slots. Experiment. Use them.

Some of the items you pick up, like ammo (obviously) and grenades, will stack. Others, like healing herbs and keys, won’t.

You can combine some of what you pick up: Combined herbs make better healing items, and gunpowder becomes ammo. Doing this will free up (at least) one slot.

You can do this on the fly, too. As you pick up items you find in the world, you’ll likely just mash buttons to drop it into the first available inventory slot. Instead, if you’re planning ahead or you need something specific, you can combine items by storing them into an already occupied slot. For the most part, you’ll do this for healing herbs and ammo.

Also, if you can’t fit something in your inventory, it’ll show up on your map. Make your way to the nearest Item Box, unload some of your inventory, and return to grab what you left behind.