The Xbox Series S does a lot with a little

Share All sharing options for: The Xbox Series S does a lot with a little

Part of Xbox Series X: Everything you need to know

The Xbox Series S costs less because it does less. It can’t run games in 4K; the highest resolution it can deliver is 1440p. It has no optical disc drive, let alone the 4K Blu-ray player that the Series X touts. It contains just 512 GB of onboard storage, except that there’s only 364 GB of actual available space thanks to the Xbox operating system. Like the console, the solid-state drive is quite small. You can buy additional storage, but it’ll kick up the overall price quite a bit (for example, Microsoft’s official 1 TB Storage Expansion Card costs $219.99).

Considering all of these limitations, when the Xbox Series S first arrived at my apartment, I thought to myself, Who would buy this?

One week later with the Baby Xbox, as I have taken to calling it, I think I finally understand: It’s for me, if I were 19 years old in 2020 instead of 34.

The Xbox 360 came out when I was 19 years old, but I didn’t buy it right away. At the time, I was in college, playing a lot of PC games on my relatively powerful laptop, while going to friends’ houses and dorm rooms to play Halo because I didn’t have an Xbox of my own. I kept up with Nintendo consoles but felt hesitant about owning all the other ones. It would have been a step into the “hardcore gamer” world — which, as a teen girl in 2005, I didn’t feel I belonged in. More importantly, it was expensive. I was a full-time college student with an unpaid internship at a magazine and a part-time job teaching karate. The Xbox 360 cost $399 in 2005. Adjusting for inflation, that’s about $532 in 2020.

There was no Xbox Series S equivalent back then. (The Xbox 360 Core and Xbox 360 Arcade did exist, although neither was considered to be a good deal.) In 2005, gamers had to either make a big, expensive leap to the next generation of hardware, or wait for a refurbished console to go on sale. The divide between console generations was pretty stark, too. If you wanted to play new games, you had to make the upgrade eventually — especially if you played online multiplayer games with friends and you wanted to be able to go along with them onto a new platform.

In 2020, the Microsoft ecosystem is completely different. The Xbox Game Pass subscription has become the must-have app. Online multiplayer games can often be played across generations. All Microsoft-published Xbox games are also playable on Windows PCs. There was a larger variety of Xboxes available this past generation, each with a different price point and performance level. Since the release of the Xbox One in 2013, there’s been the Xbox One S (released in August 2016), the Xbox One X (released in November 2017), and the Xbox One S All-Digital Edition (released in May 2019). Deciding which of these similarly named Xboxes is the one for you has become a challenge, made only slightly easier by the fact that a couple of them have recently been discontinued.

Yes, the Xbox Series X makes a lot of big promises about 4K gaming. But I don’t have a 4K monitor, or even a 4K TV. I have a 1440p monitor; sometimes this resolution is nicknamed “2K.” That’s the highest resolution the Xbox Series S can even put out. Meanwhile, the television in my living room is only a 1080p screen.

If I had a 4K television, maybe I’d care more about the difference between these consoles, but I’m not sure I’d care that much. My colleague Chris Plante, who has the Xbox Series X and a 4K ultrawide monitor, wrote that the Xbox Series X doesn’t really deliver a mind-melting upgrade in graphical quality at this point. Instead, he wrote that the console feels better to play, thanks to quality-of-life improvements from its speedy SSD and its Quick Resume feature for swapping between multiple active games. The Xbox Series S has those exact same quality-of-life improvements in a smaller package with, admittedly, a smaller SSD and no disc drive. But, also, it offers a couple hundred bucks in savings. 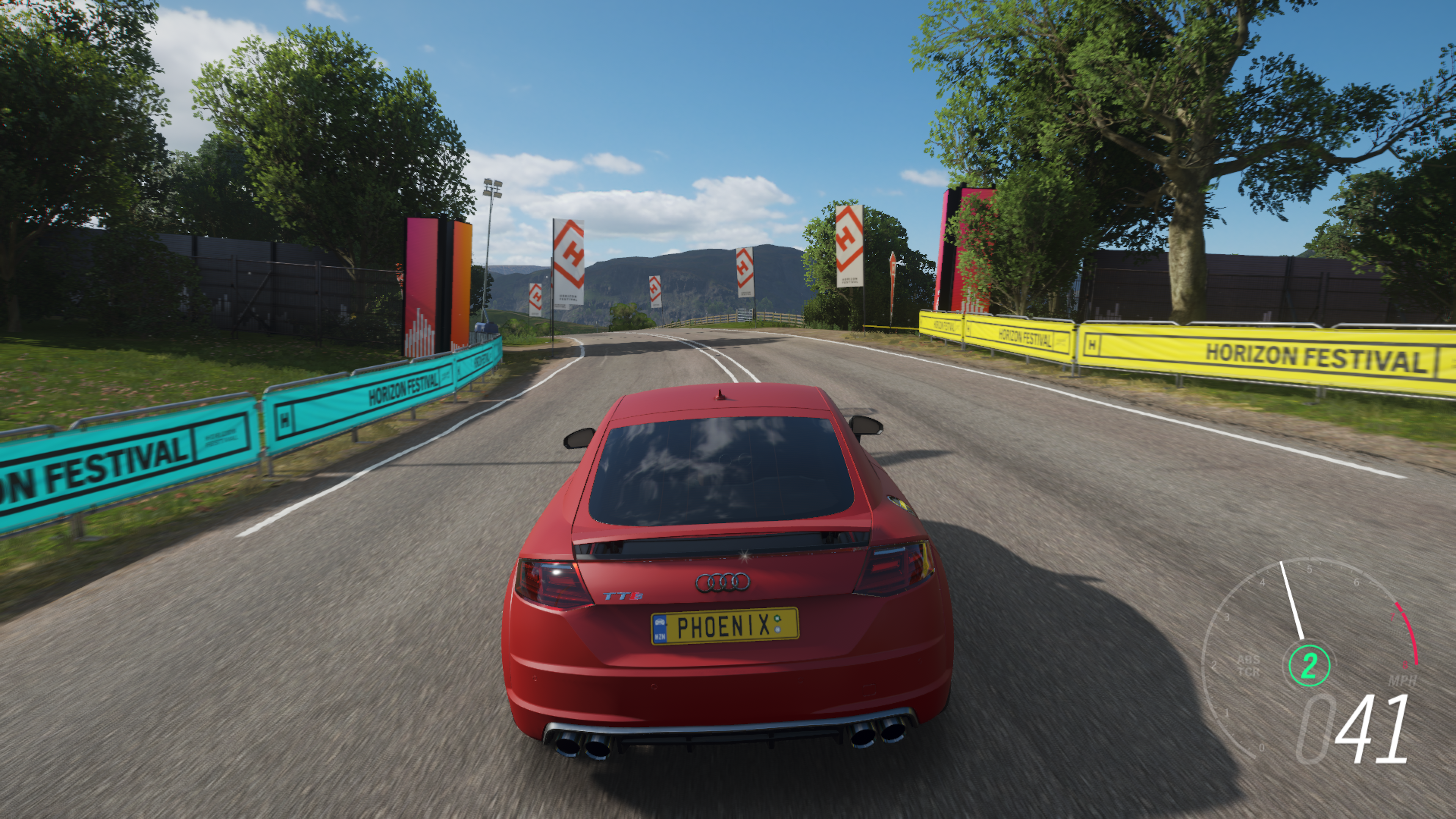 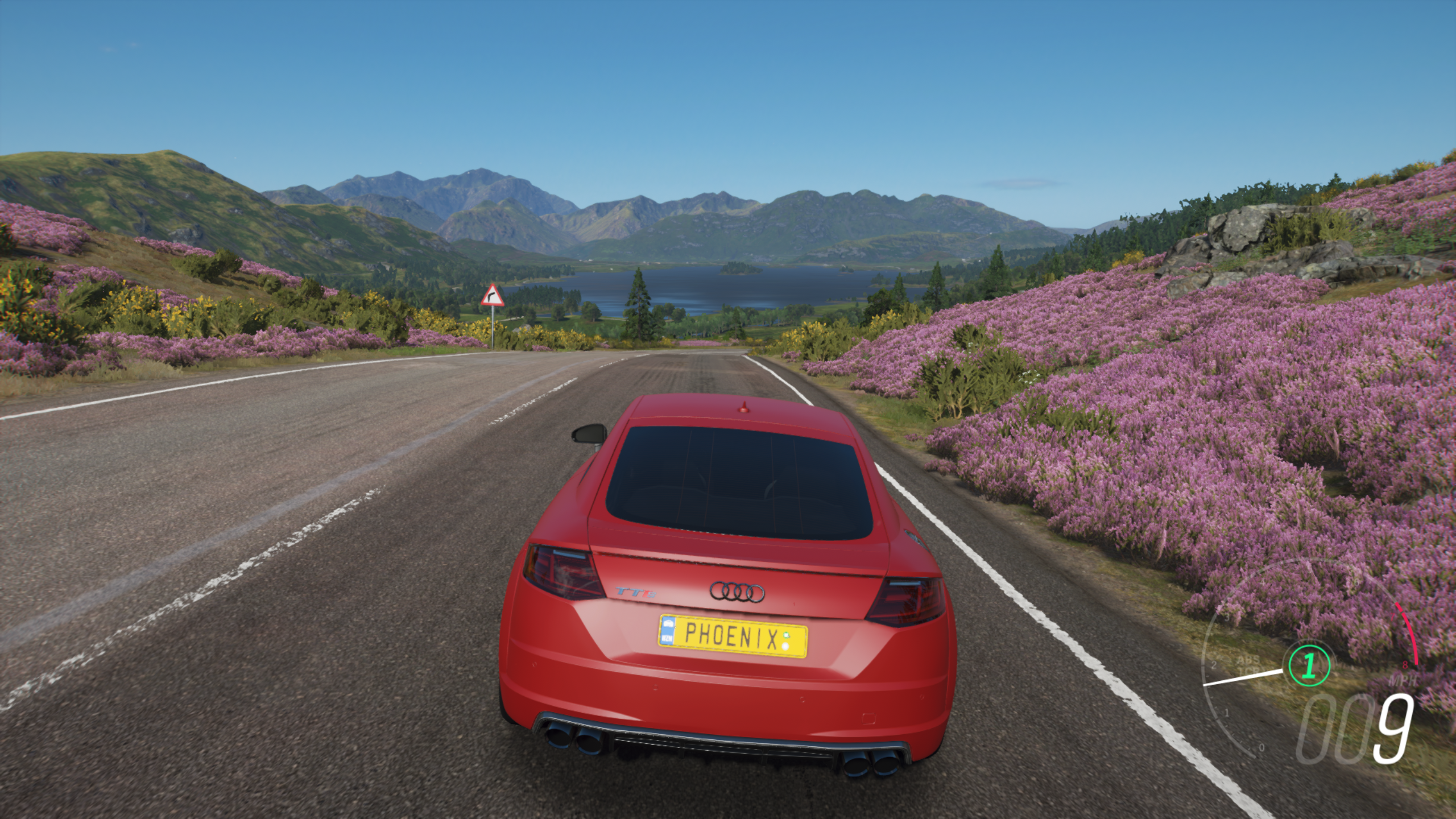 I’ve played games on the Xbox Series S on both my 1080p television and my 1440p monitor — but mostly on my monitor — in an attempt to put the console through its paces. I tried Gears 5, Forza Horizon 4, Destiny 2, and Yakuza: Like a Dragon on the Xbox Series S and on my gaming PC, into which I recently installed a GeForce RTX 3070 GPU. On my gaming PC, I can max out all these games’ graphical settings to ultra-high and still see them run at 60 fps, no problem. On the Xbox Series S, the graphical settings available in these games are much more limited, even in the “optimized” versions of Gears 5 and Forza Horizon 4 (both are current-generation games that have received next-gen graphical upgrades).

Here’s the thing about that, though. If I hadn’t been booting up games on my Xbox Series S, pausing them, changing the monitor’s input back to my PC, and then booting those same games up on my computer to directly compare the graphics, I wouldn’t have noticed or cared about the differences. When I first played Gears 5 on the Series S, I thought to myself, This doesn’t look as good as I remembered. But then I looked up all of my old screenshots from when I beat Gears 5 on my PC, and I realized the difference wasn’t that dramatic after all. The optimized version of Gears 5 on the Xbox Series S looks pretty similar to the unoptimized version of the game that I played at launch on a PC that cost me a couple thousand dollars. 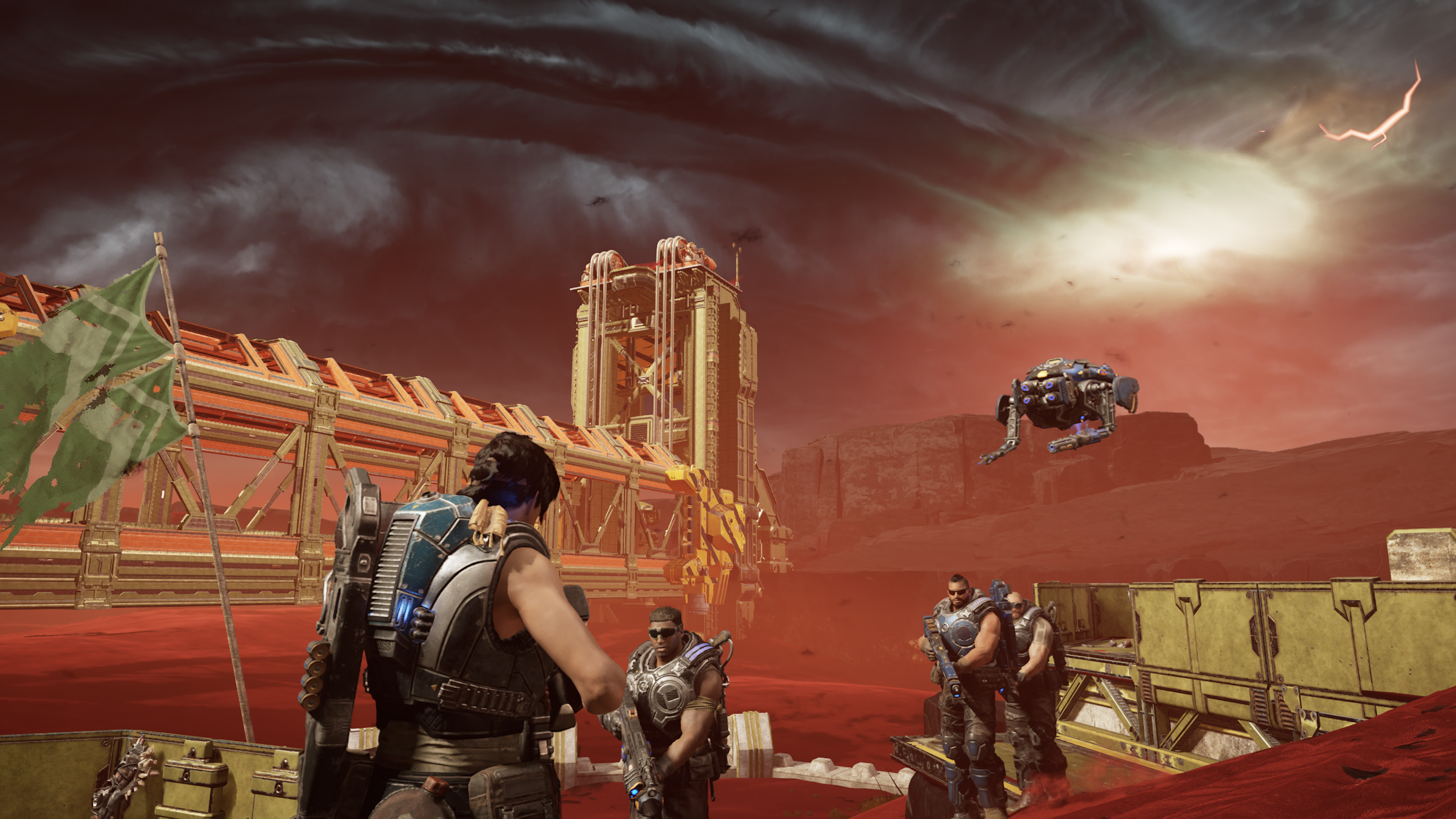 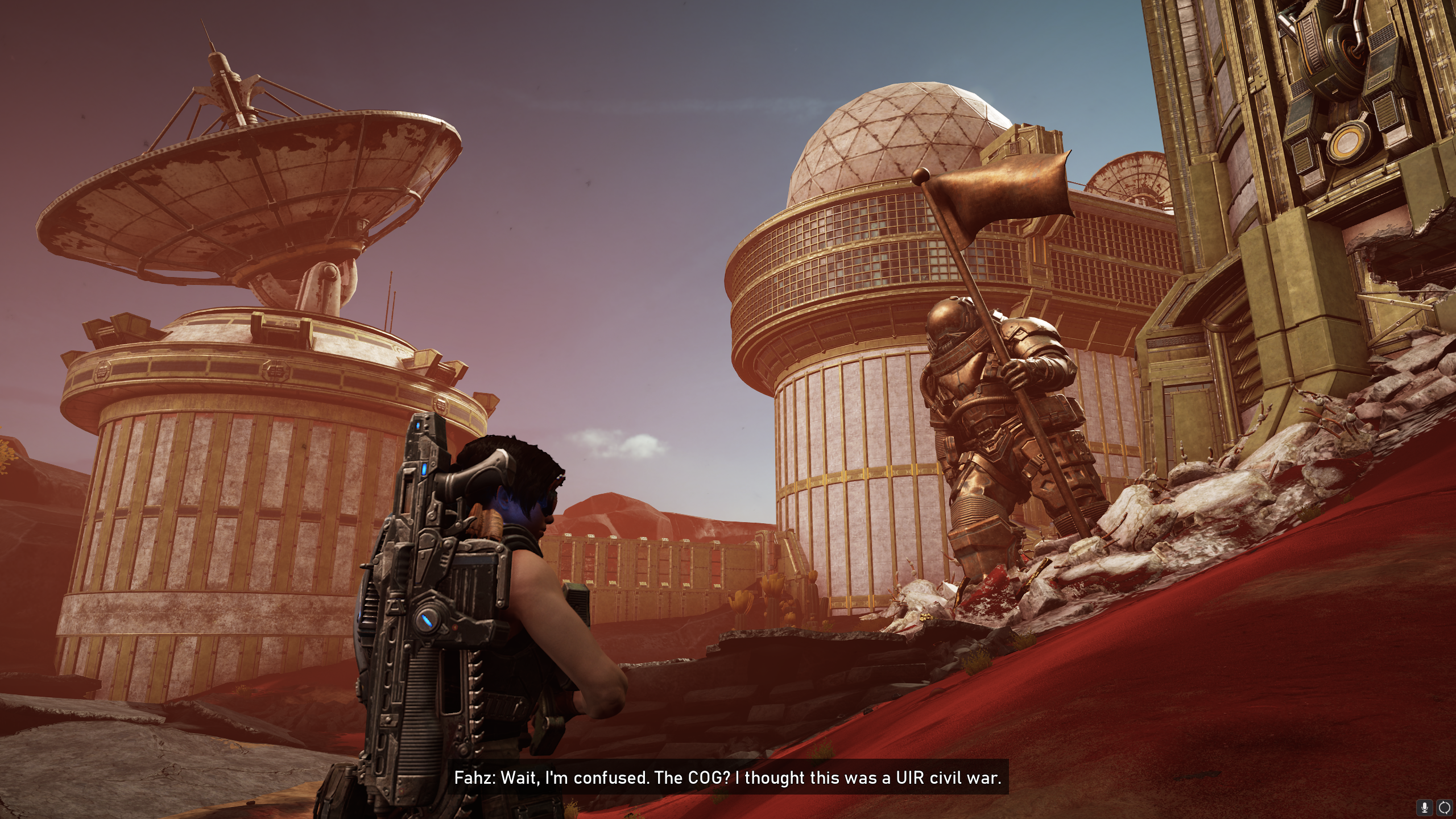 While testing out the Xbox Series S, I also played Ori and the Will of the Wisps, Dirt 5, Gears Tactics, and Watch Dogs: Legion. None of these games have yet been optimized for the console, although they will eventually get updates this fall. All of them looked pretty good already, though. Not amazing, but pretty good, and if I had no other place to play these games, I’d be thrilled to experience them at the Xbox Series S’s price tag.

Microsoft had to skimp on something to keep the price low, and it was storage space

If you already own a high-powered gaming PC, you’re probably not thinking about buying one of these things. If you are, though, I can say that what I noticed most often was how easy it was to transfer my save files from the console to the PC, as well as how easy it was to switch between games on the Xbox Series S thanks to the console’s speedy SSD. At the end of this review cycle, I expect the Series S to find a home in my living room, plugged into my lowly 1080p TV, where it will become the place I play games when I just want to melt into my couch.

But let’s talk about that storage situation. The SSD offers a big speed boost, but super fast SSDs are expensive. So in order to make the calculus work, Microsoft had to skimp on something to get the Xbox Series S down to its low price point. That something was storage space.

The good news is that the Xbox Series S does not bother to install all the fancy 4K texture packs that the Xbox Series X and other high-performance hardware will require. For instance, Gears 5 takes up 55.1 GB on my Xbox Series S, but 88.68 GB on my PC. Yakuza: Like a Dragon is 37.2 GB on the Series S, and 45.8 GB on my PC. Watch Dogs: Legion is 35.7 GB on the console, whereas on PC, it’s 45 GB with an additional 20 GB texture pack that’s optional. All this is to say that I was able to install several games at a time on the Xbox Series S, even though I had just 364 GB available to me. The only painful anomaly was Destiny 2, which is currently a whopping 108.7 GB on Xbox Series S, but the Beyond Light expansion on Nov. 10 will significantly shrink the game’s footprint. 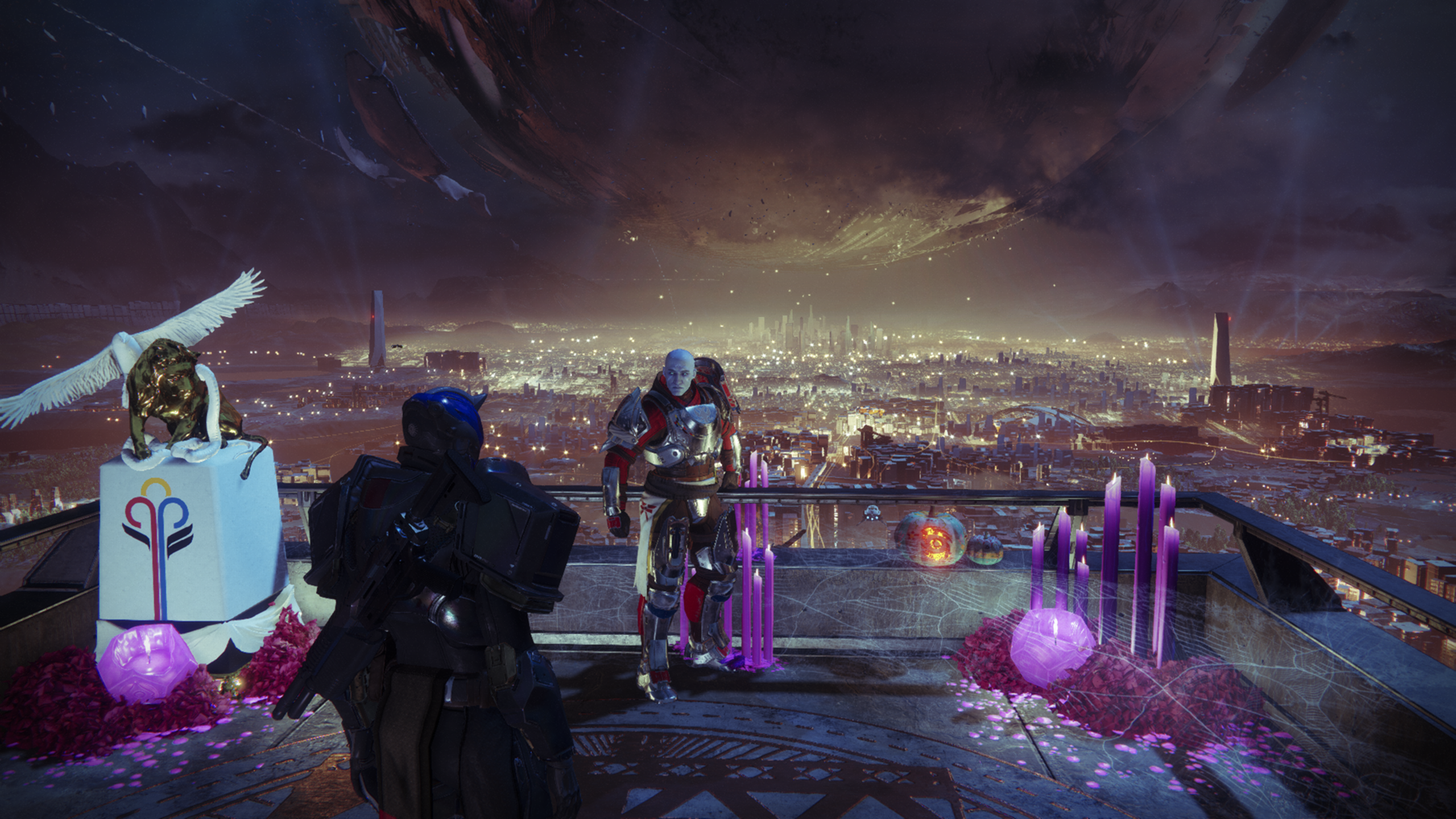 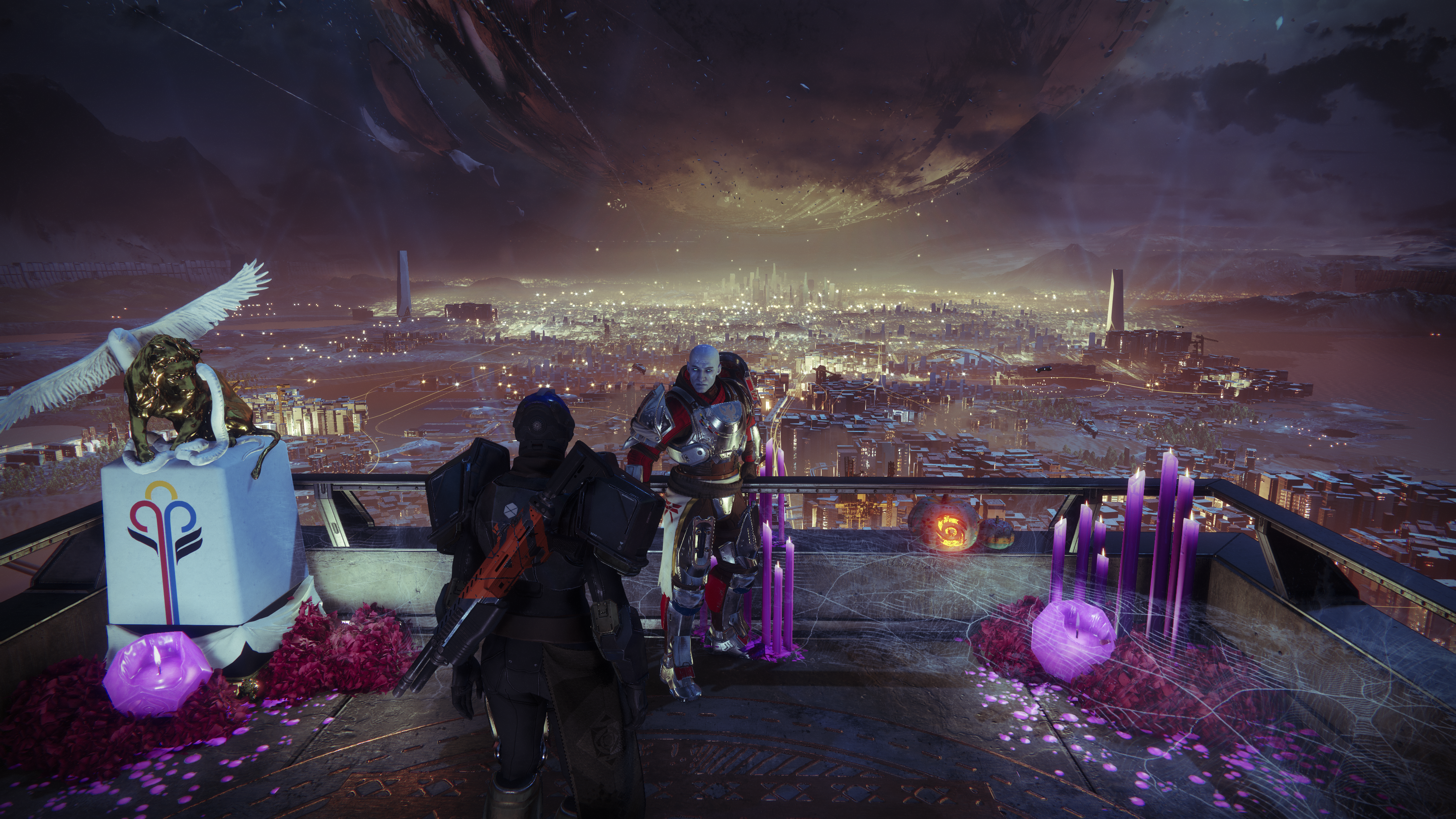 Let’s say you’re someone who cares deeply about resolution and frame rate, in which case, you’ll want to wait before making a decision about the Xbox Series S. With so few games having received optimizations, I can’t say whether or not the smallest Xbox will deliver on all of the promises Microsoft is making. Will Destiny 2 run in 1080p at 60 fps, once that optimization update comes in December? I don’t know. It looks okay now, but the rest remains to be seen.

I can say that the Xbox Series S’s promise seems solid based on the time I’ve spent with it so far. It offers many of the same quality-of-life improvements of the Xbox Series X, including the new controller (with its share button) and the Quick Resume feature. It’s also a damn cute console — significantly cuter than the Xbox Series X and, dare I say it, the clear front-runner for the prettiest next-gen console of 2020. And once again, there’s that price tag.

If you’re like I was at age 19, you have a decent laptop, a friend’s hand-me-down monitor, and a desire to play the next Halo on the next Xbox, if only it didn’t cost so much. You care about frame rates and resolution, but mostly, you want a fun toy that lets you play a lot of cool games (including new and upcoming ones). Maybe you can afford to pay $299.99 right now, and after several months of saving up, you’ll grab the $219.99 extra storage — but you can’t justify spending $499 on the bigger Xbox right out of the gate. Especially if you want to be able to afford an ongoing Xbox Game Pass subscription. If that all sounds like you — and you also can’t remember the last time you needed a disc drive — then you’re the target market for the Xbox Series S.

I’m not the target market for the Xbox Series S. But I do think the console will make sense for many people, especially during this adjustment period. High-speed broadband access isn’t universal enough to justify the demolition of the disc drive across all video game consoles. More importantly, we’re on the brink of a worldwide economic collapse thanks to an ongoing pandemic. Spending $299.99 instead of $499.99 on a small box that will play some very good video games with your friends and family seems prudent, and, you know, it’ll still work almost as well as those other, much more expensive boxes.

The Xbox Series S will be released worldwide on Nov. 10. This review was conducted with a final retail Xbox Series S provided by Microsoft. Vox Media has affiliate partnerships. These do not influence editorial content, though Vox Media may earn commissions for products purchased via affiliate links. You can find additional information about Polygon’s ethics policy here.

Xbox Series X: Everything you need to know