Glowkelp Forest is a gentle introduction to the world of Song of the Deep. There are no enemies for a while and there's only one direction you're able to go — at least on your first visit. You'll see a couple branches to the path, but, since you're just starting out, there's nothing you can do with them yet. 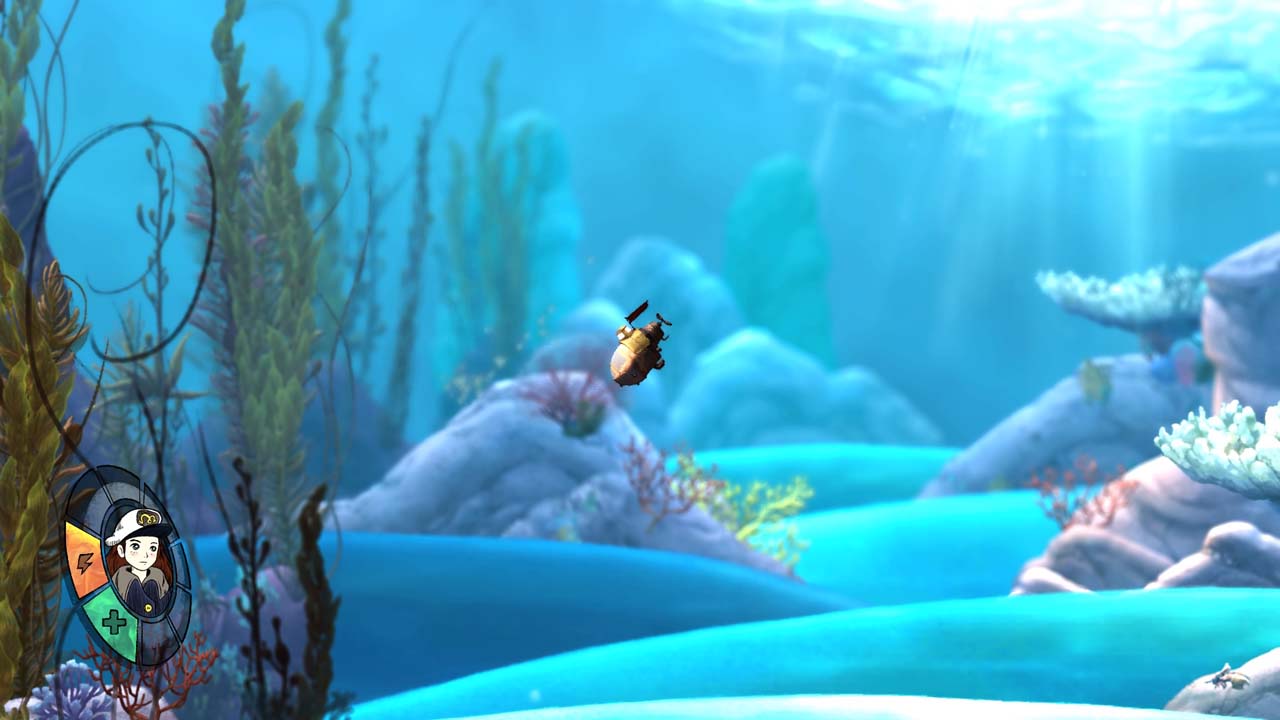 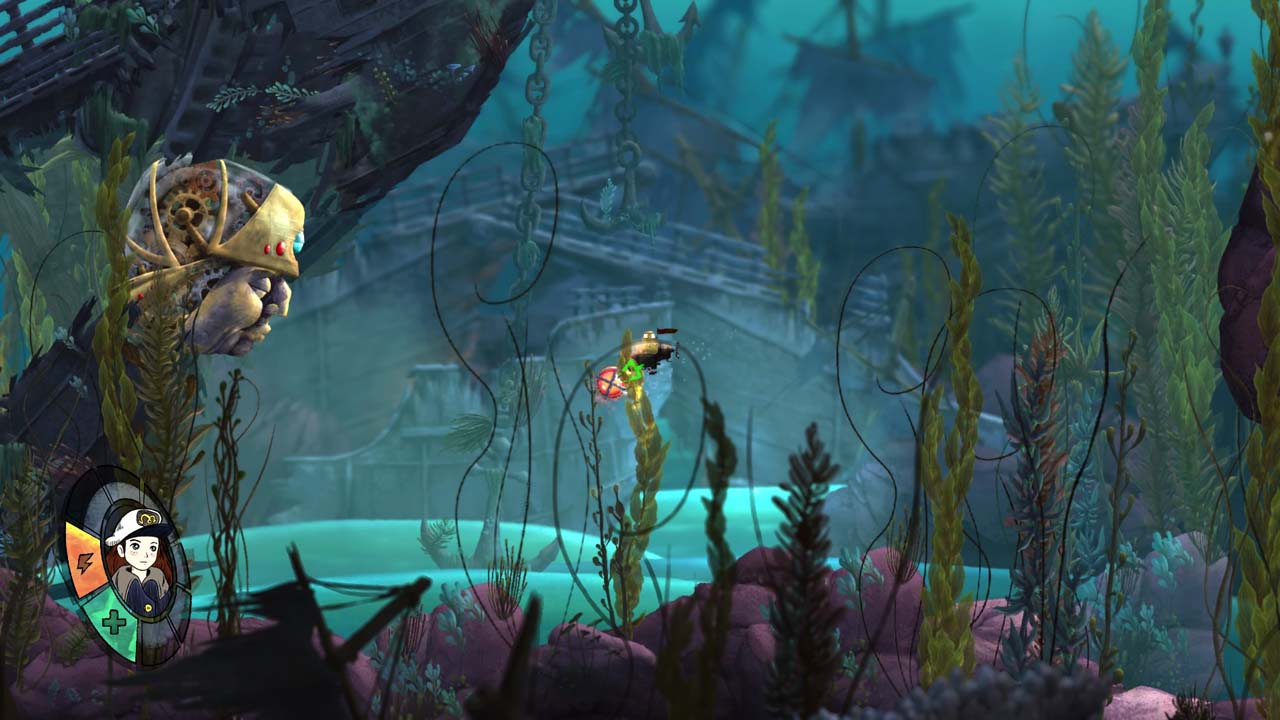 Head left and stick near the ocean floor to start collecting coins. You'll need these to upgrade your sub a little later. 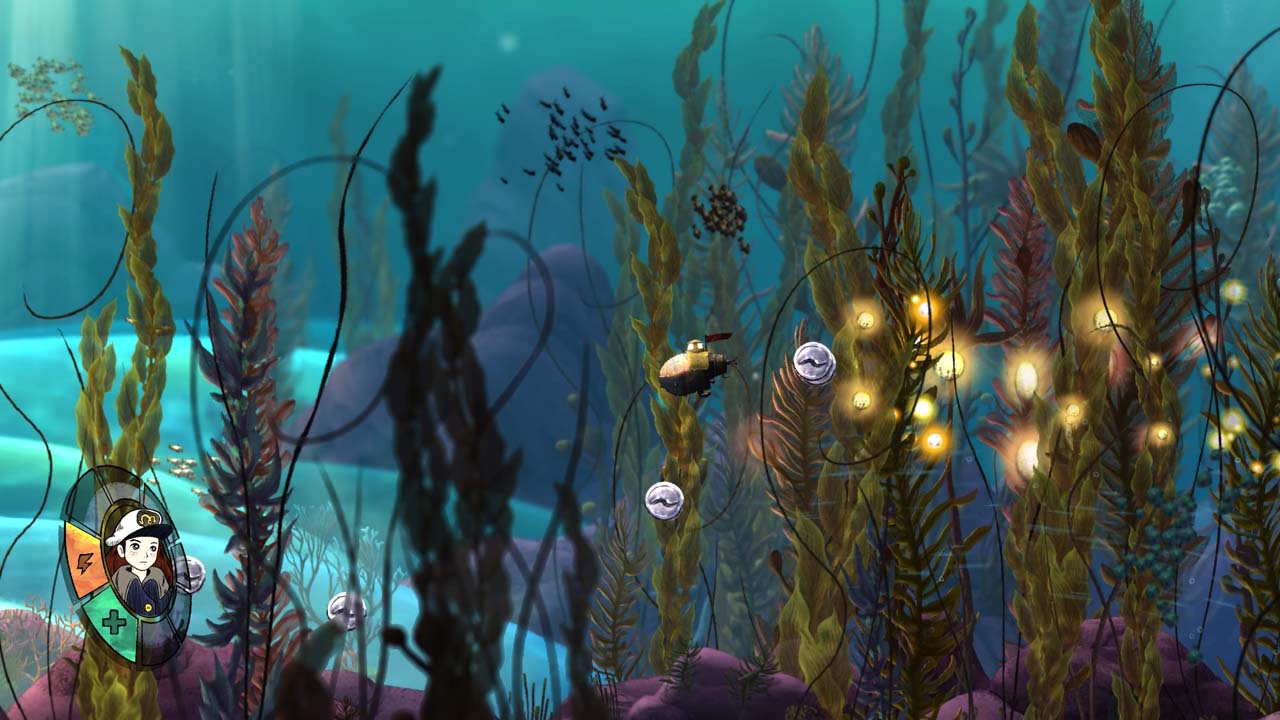 This area also introduces currents. Currents serve as obstacles and doorways. You'll encounter a small one early on and then a much more substantial one just a little further to the left. Let it carry you left and down. 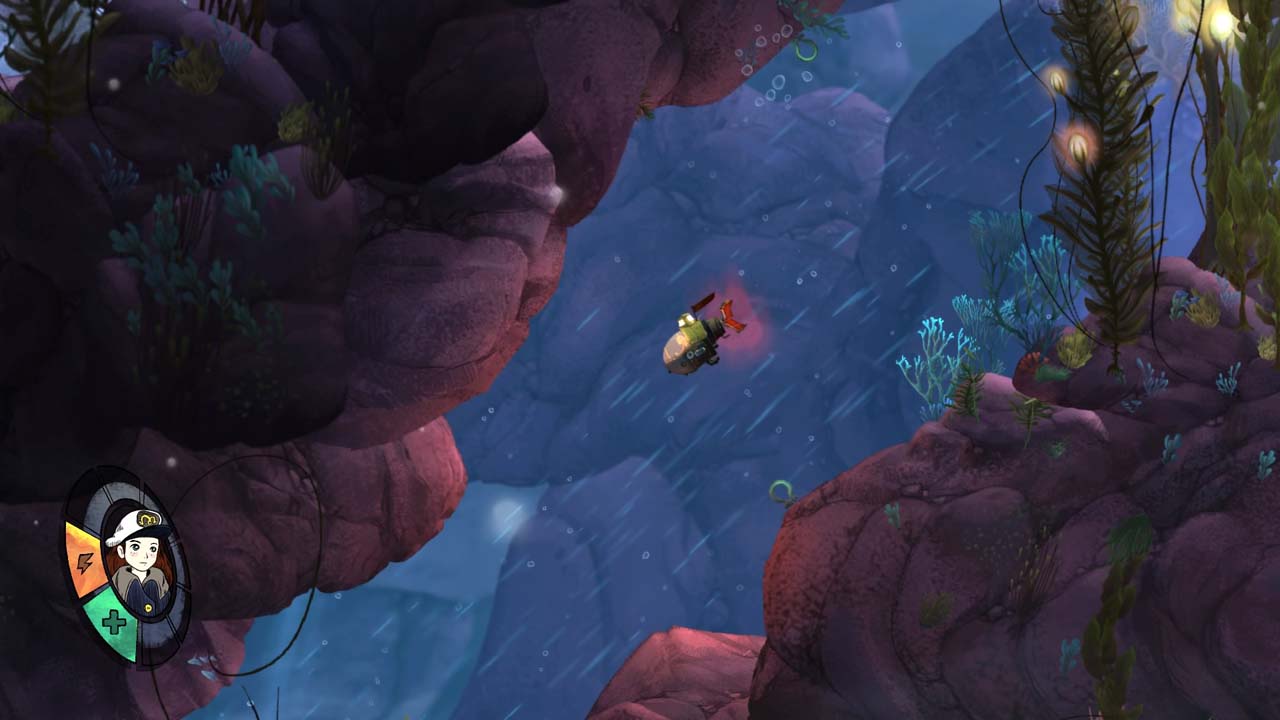 When it drops you off, you'll notice a gate to your left that you can't open yet. Instead, head right and you'll come to your first Tyne Wellspring. These serve as the game's save points. Just drive the sub close, and you'll trigger the save. 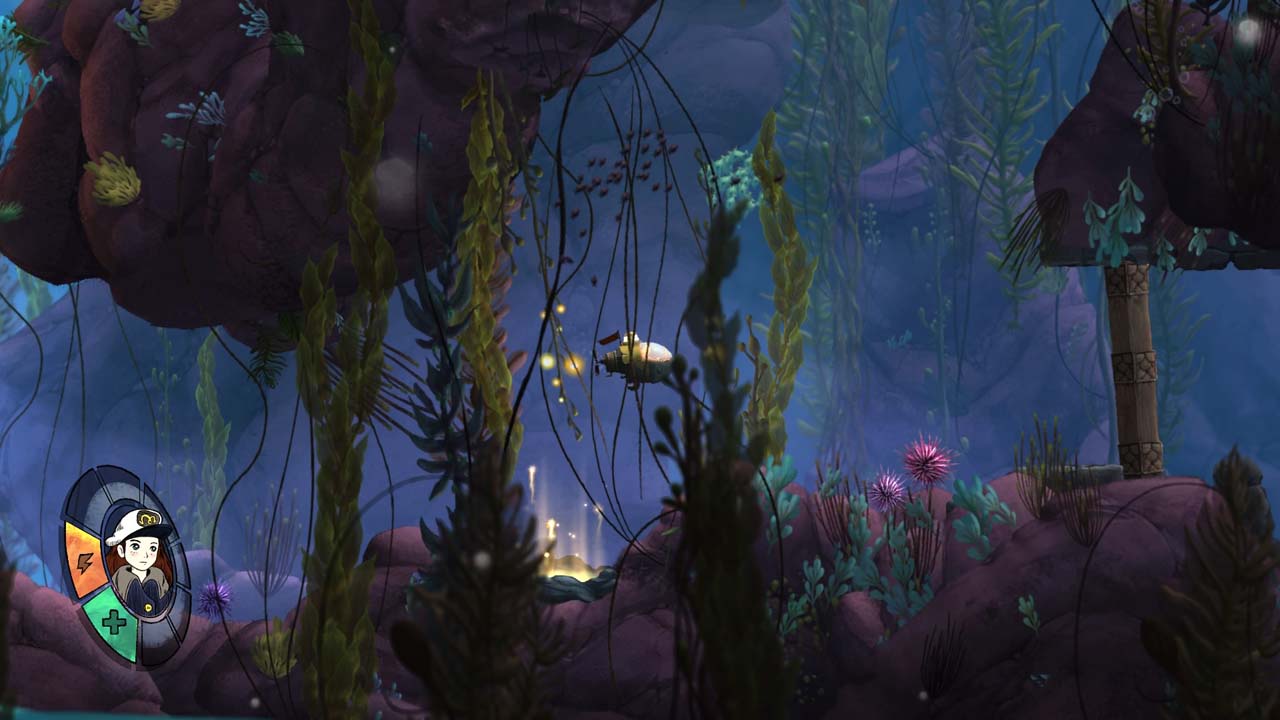 From the wellspring, head up and right to come to your first environmental obstacle. A set of alternating currents lie between you and your destination on the right. Stick to the middle path and time your movements carefully to avoid getting caught in the currents and sent back to the beginning. 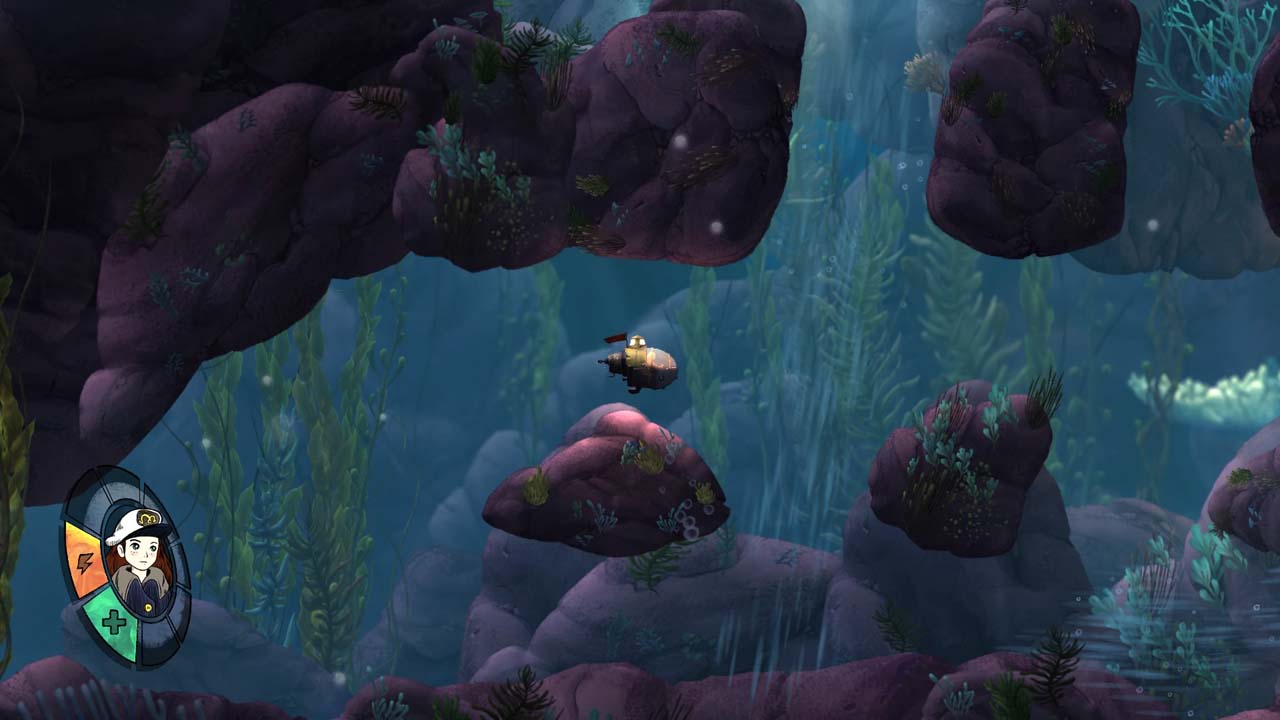 After the third downward current, head up and you'll be able to pass through the rocks on the right to grab a treasure. 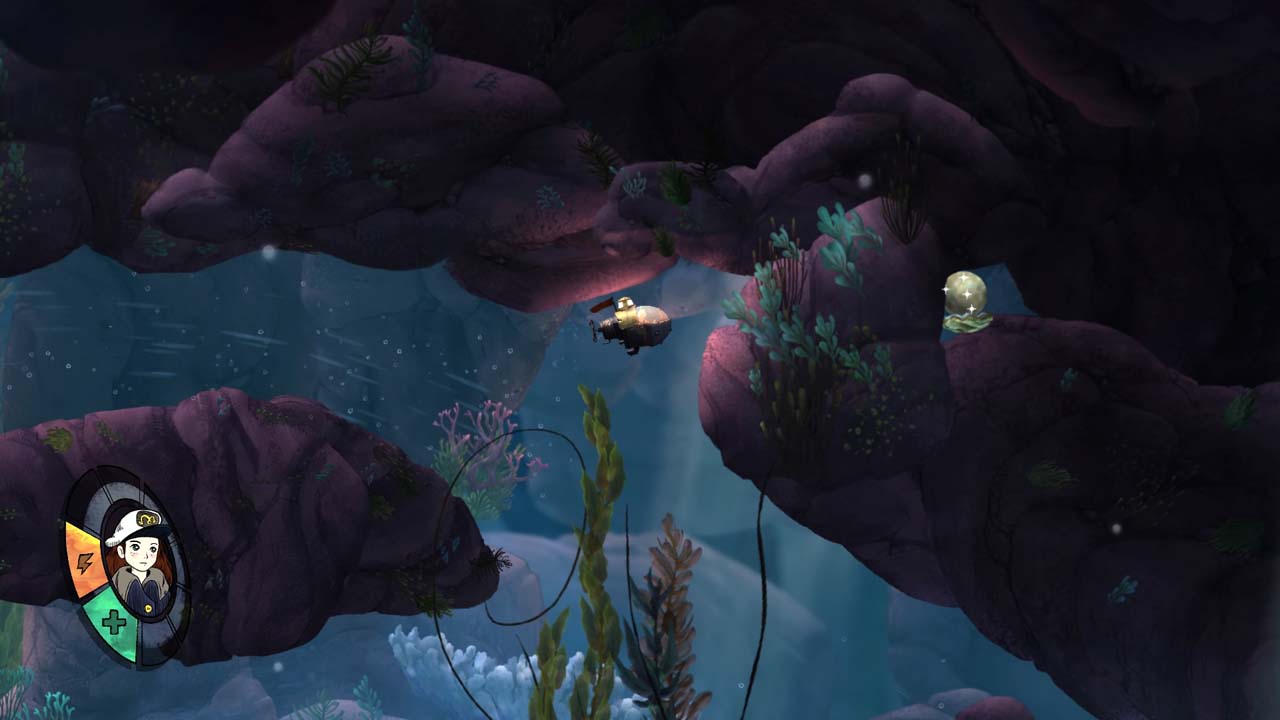 Let the current at the top carry you back to the left, again timing your movements across the gaps to avoid the currents and grab the gold coin. 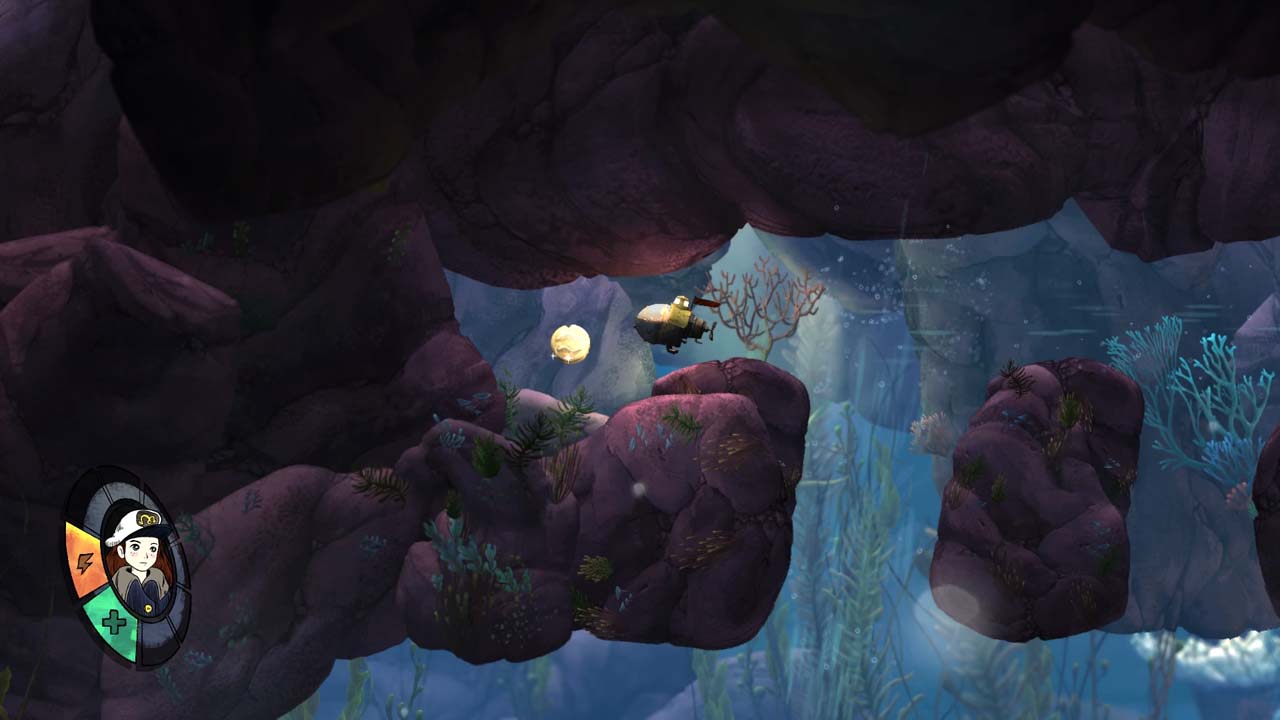 Make your way back across to the right again and head down and into another current. This one will carry you back around to a room where you will pick up the Magnetic Claw. 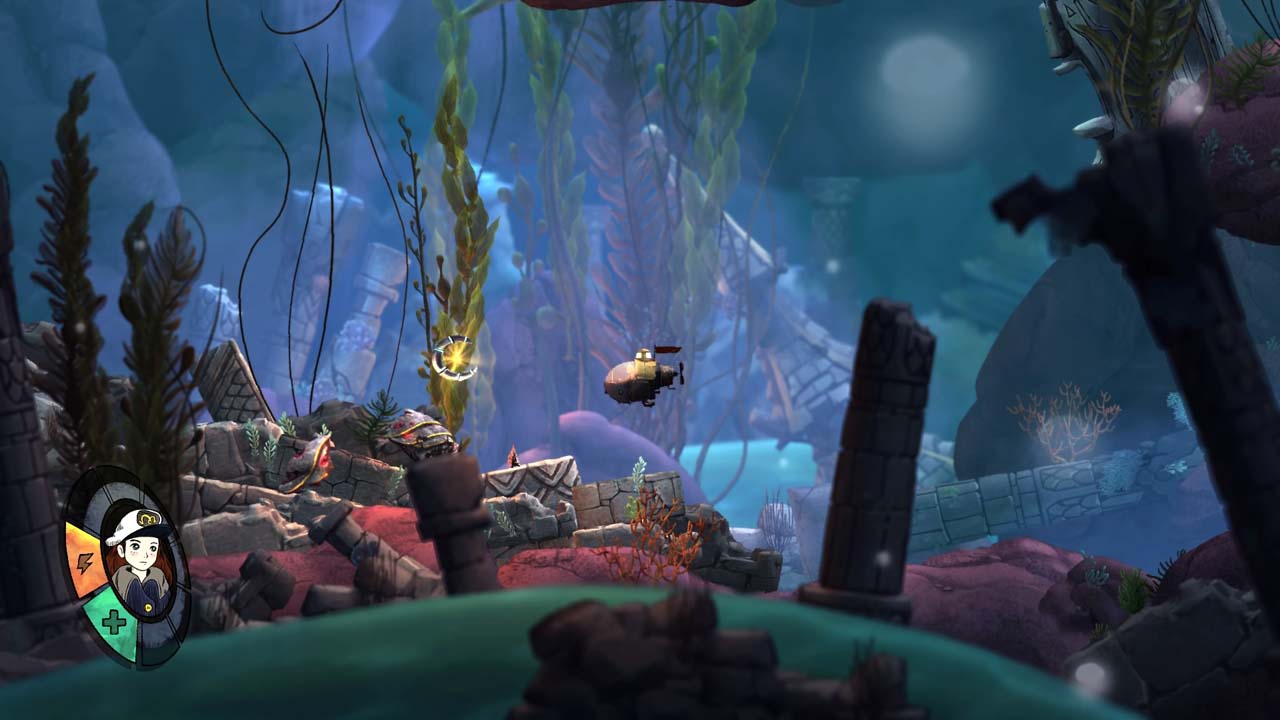 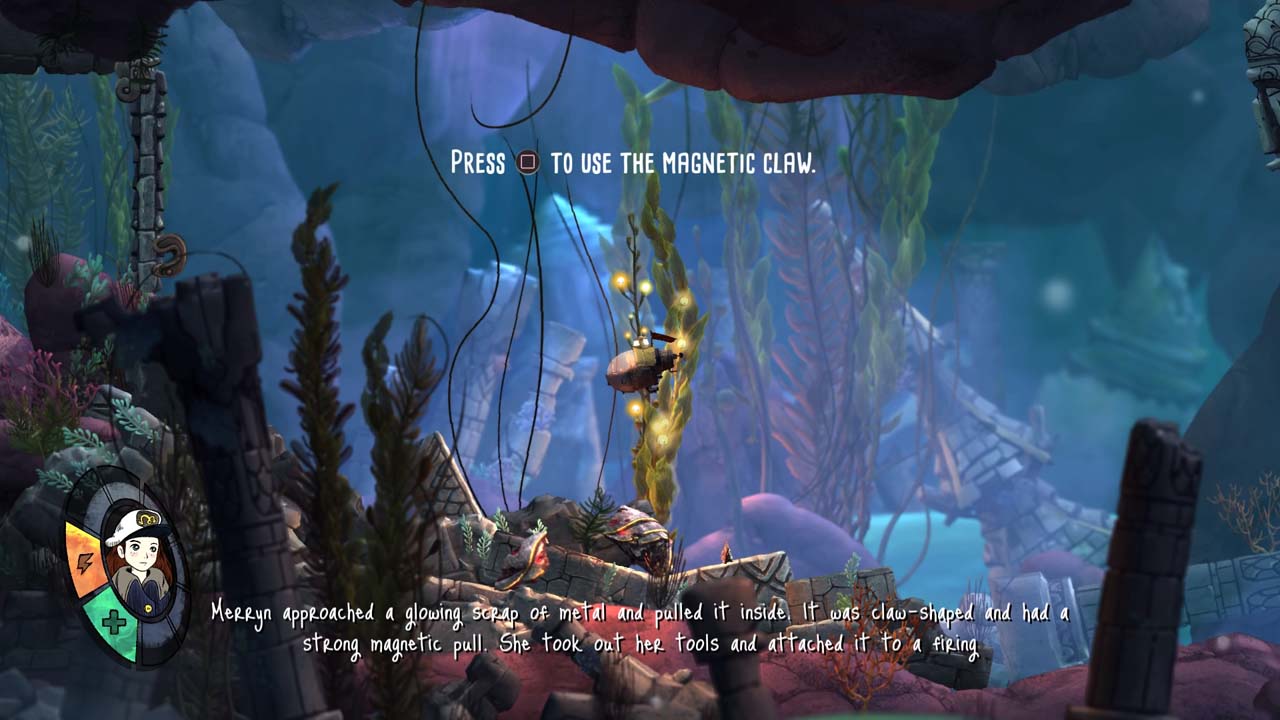 The claw lets you pick up objects and interact with the environment. Use the claw to grab onto the gate to your left and pull it open to return to the wellspring. 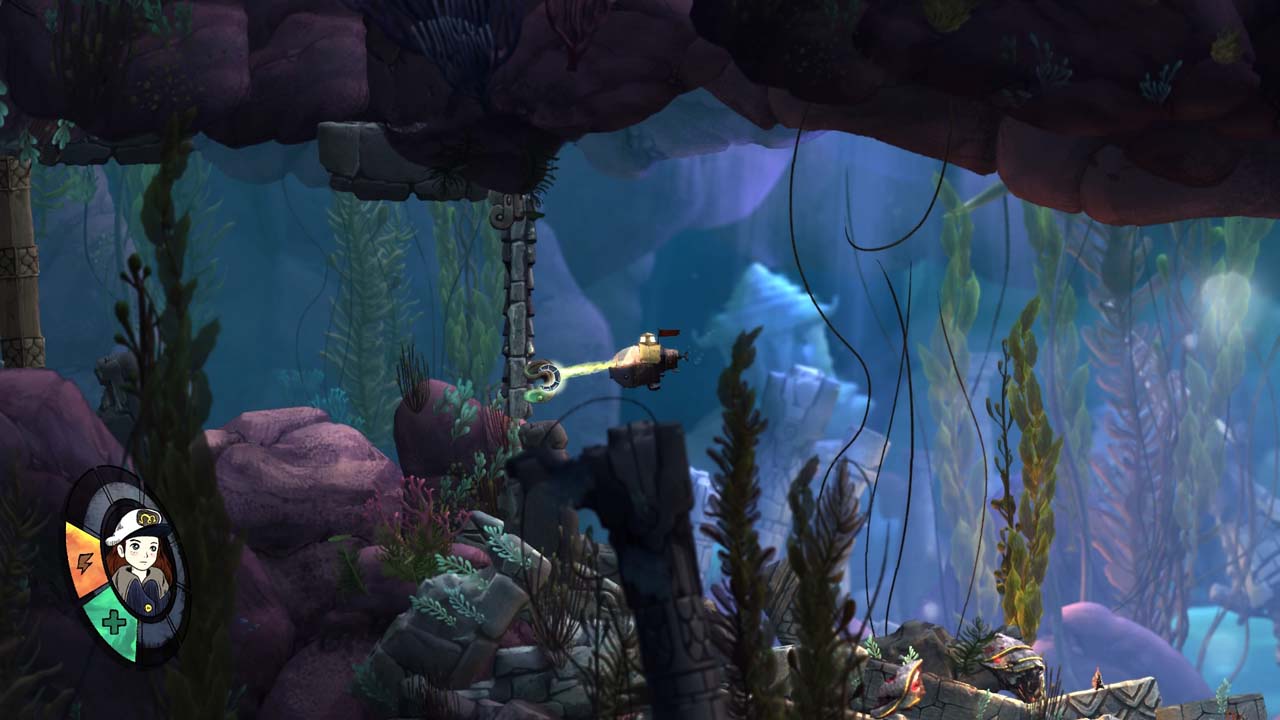 The Magnetic Claw is also your primary offensive weapon, which is important, because you'll now encounter your first enemy, Shock Nettles. Either use the claw to punch at the nettles directly, or use it to pick up sea urchins or shells from the seafloor and throw them. 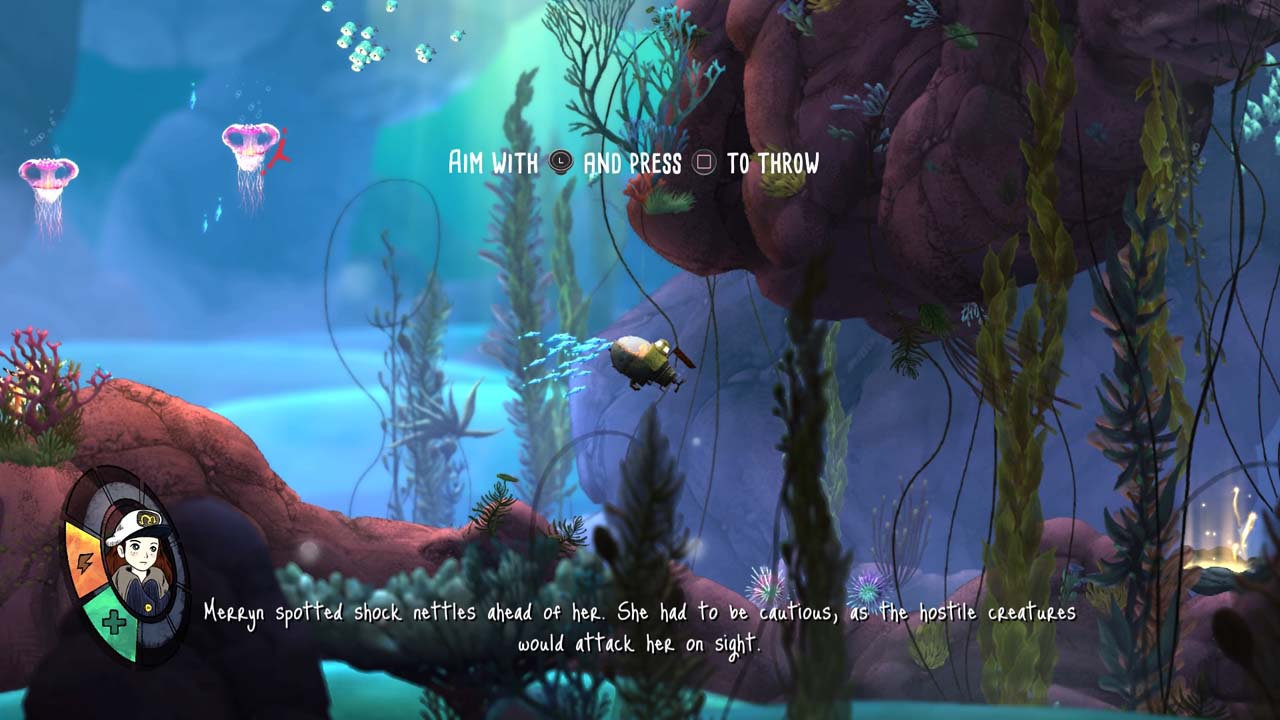 Continue to the left and open the next gate. You'll see a glowing red bomb in front of you. It might take a little practice, but you'll use this to blow up the pillar that's blocking your path to the left. 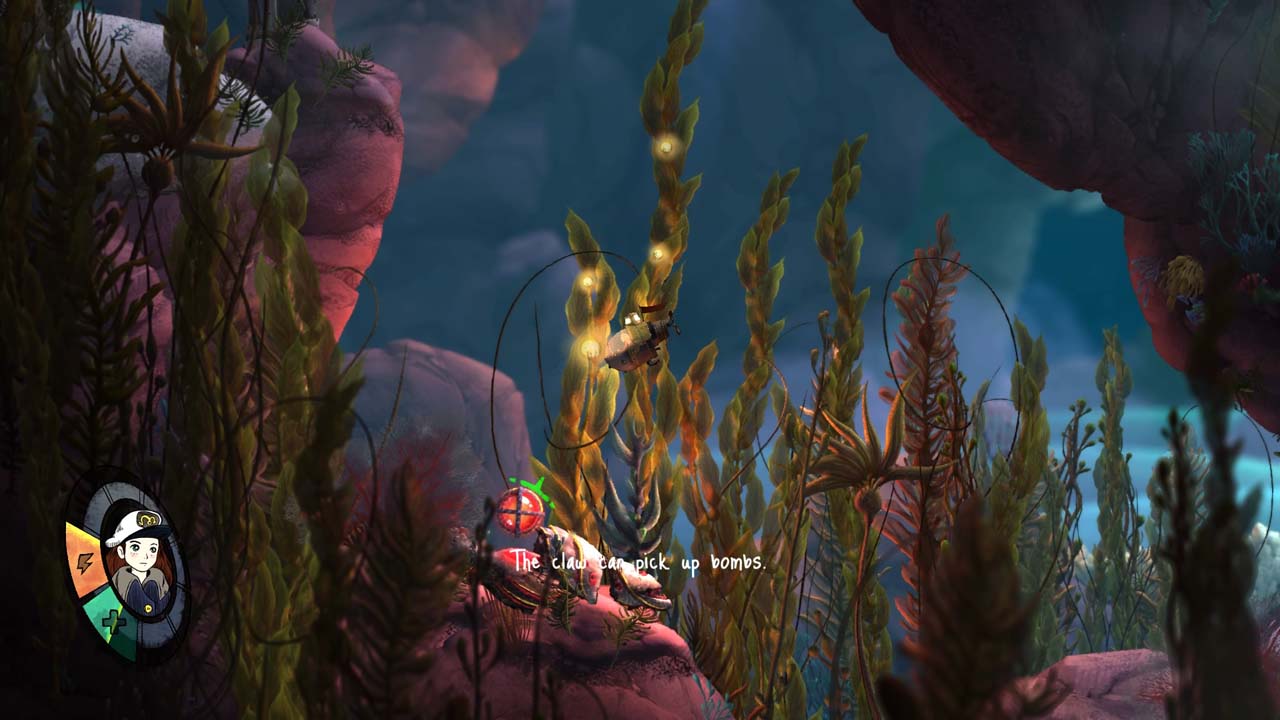 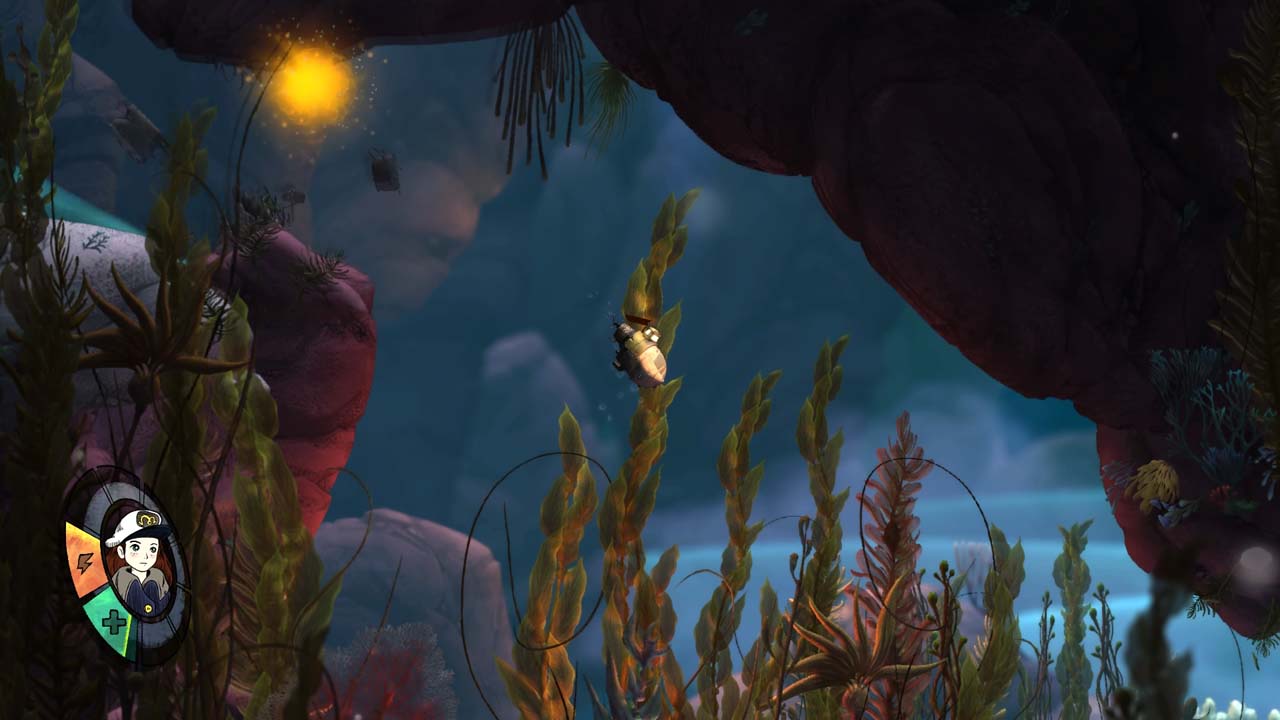 Just past the pillar, you'll come to your next Tyne Wellspring save point. Make sure you trigger the save because you're about to encounter your first boss. 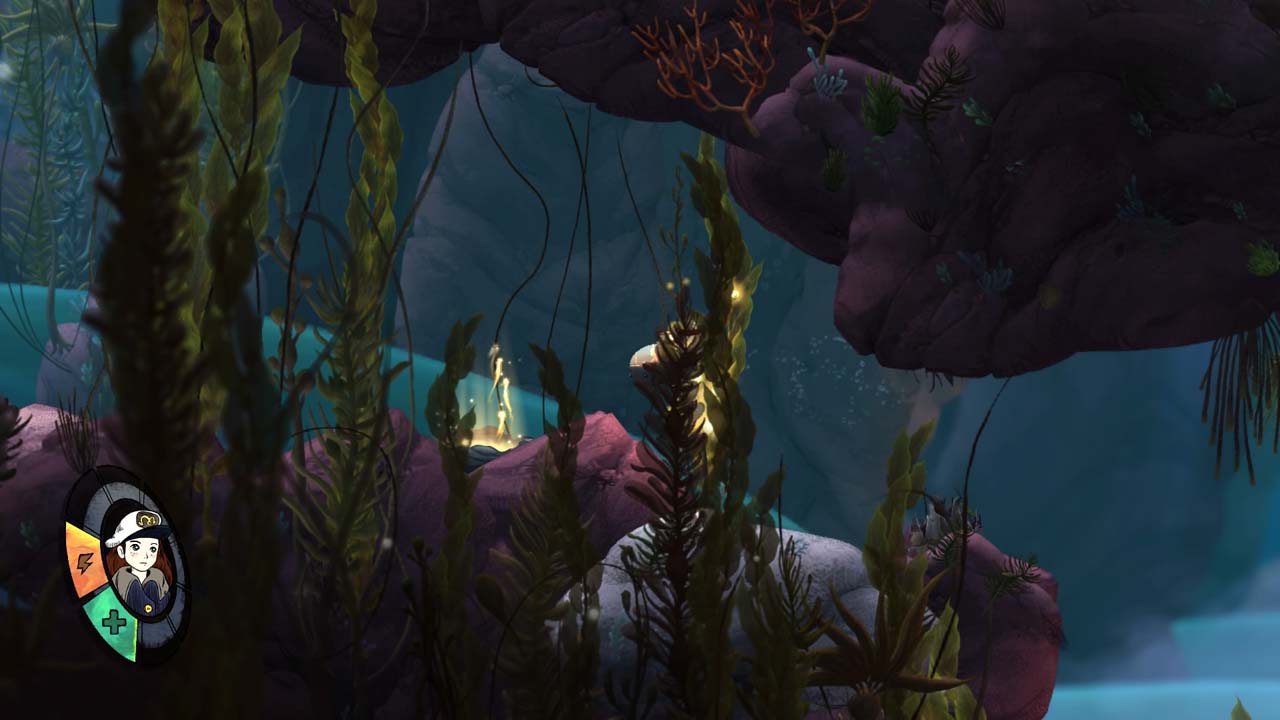 Just to the left of the save point is a shipwreck and a sleeping guardian. While Merryn knows it must never be woken, you'll have to do just that to continue.

Use your newly honed bomb-throwing skills to grab the bombs it spits and toss them back in its face. 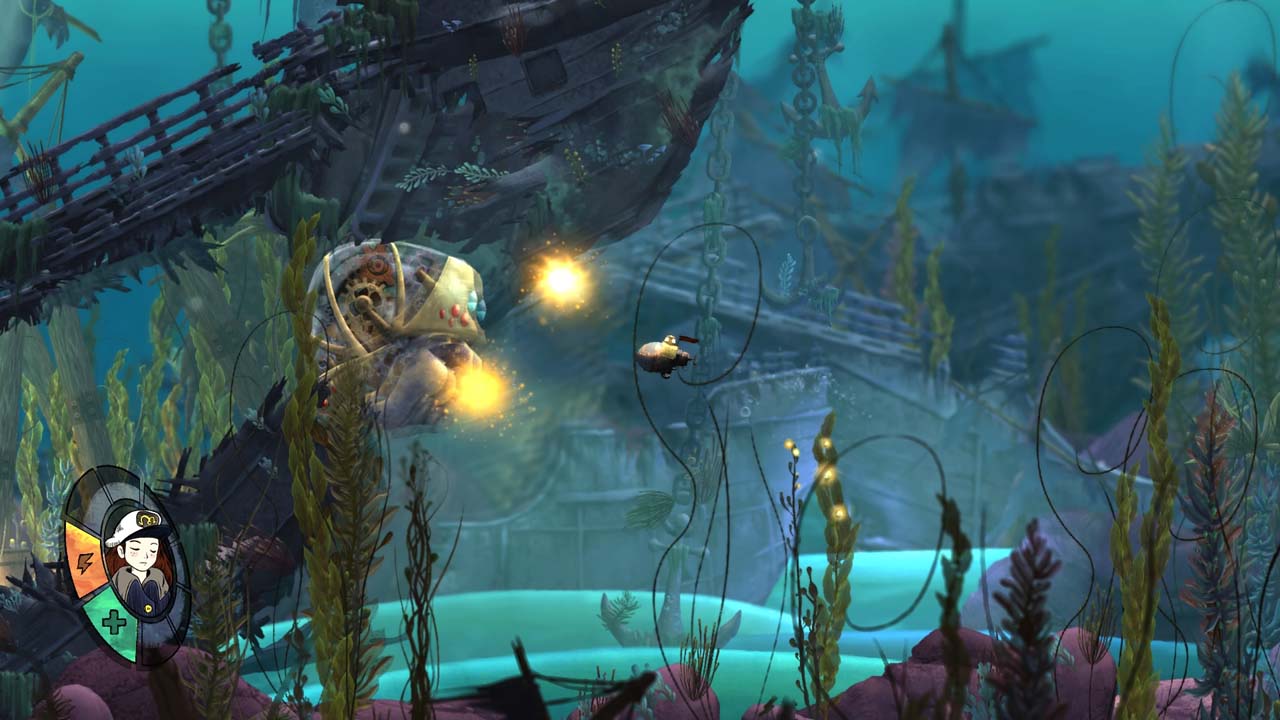 A few hits will defeat it and open the path beyond and down into the next area, Undying Caves. 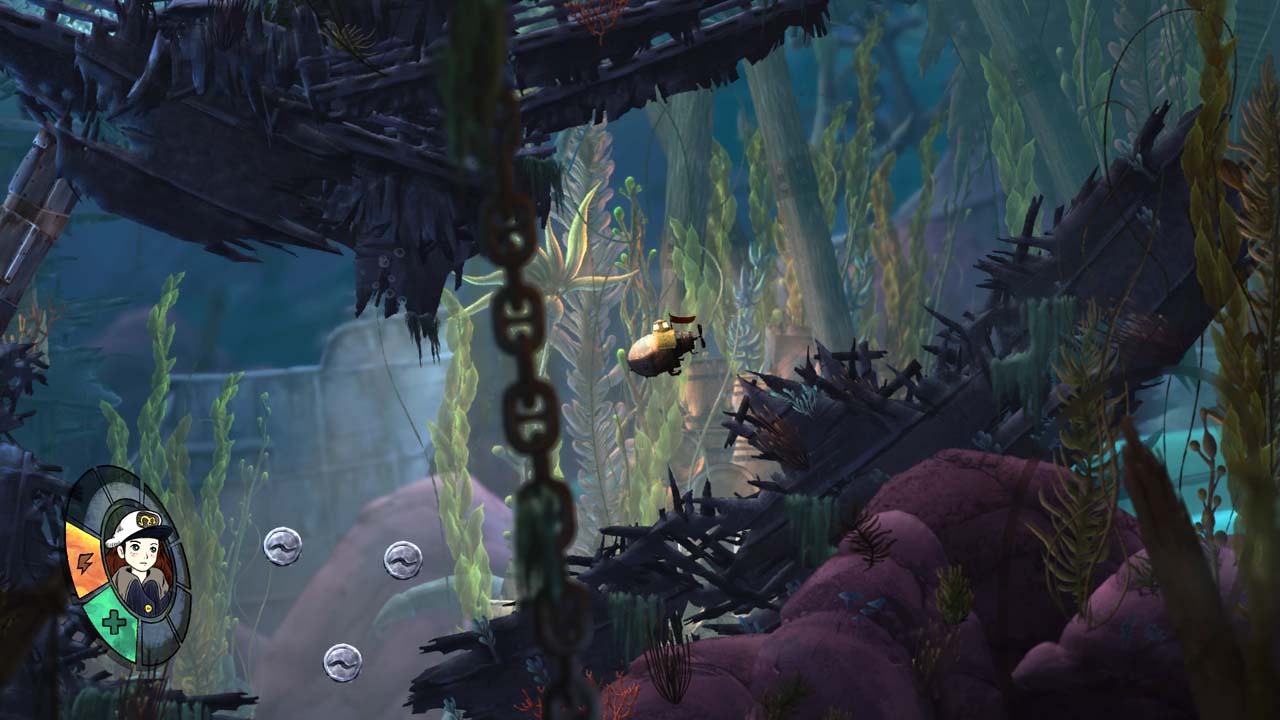 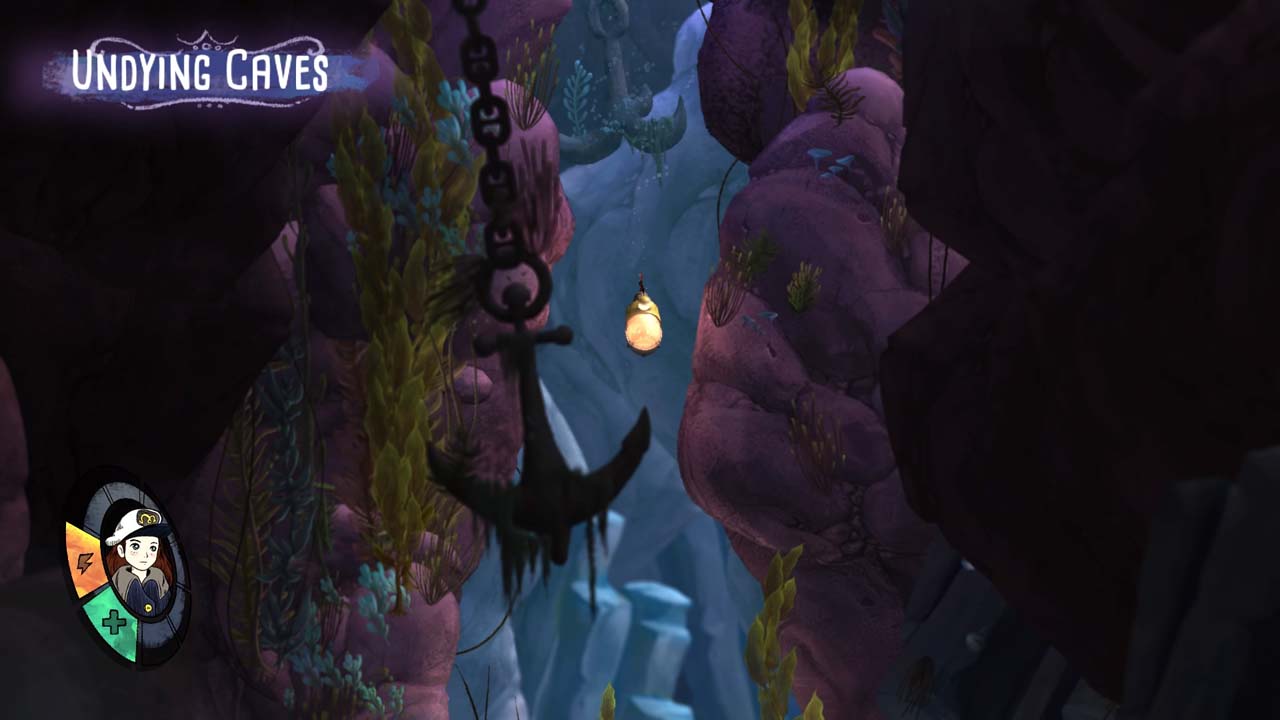