Follow the path from Glowkelp Forest down to the bottom. You'll see a statue head lying on the seafloor. Grab it with the claw and carry it to the right. 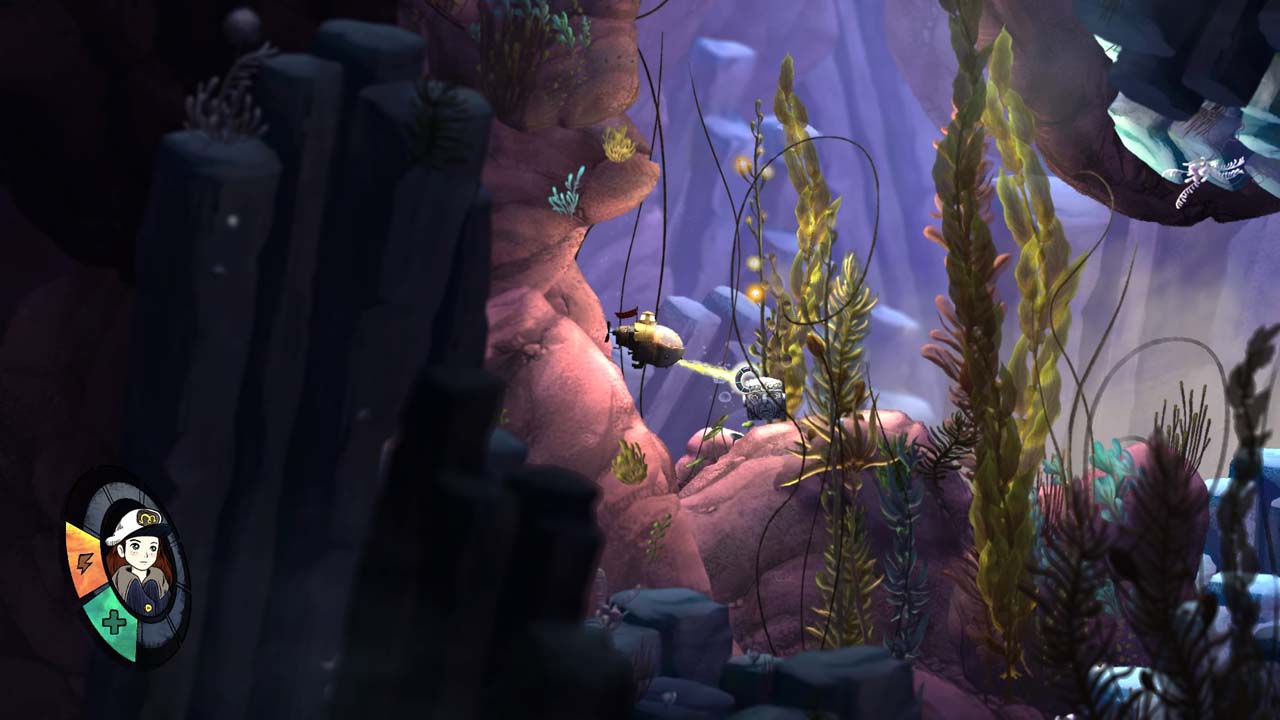 You'll come to a statue that coincidentally looks as though it's missing its head right before a closed gate. Restore the statue's head to open the gate. 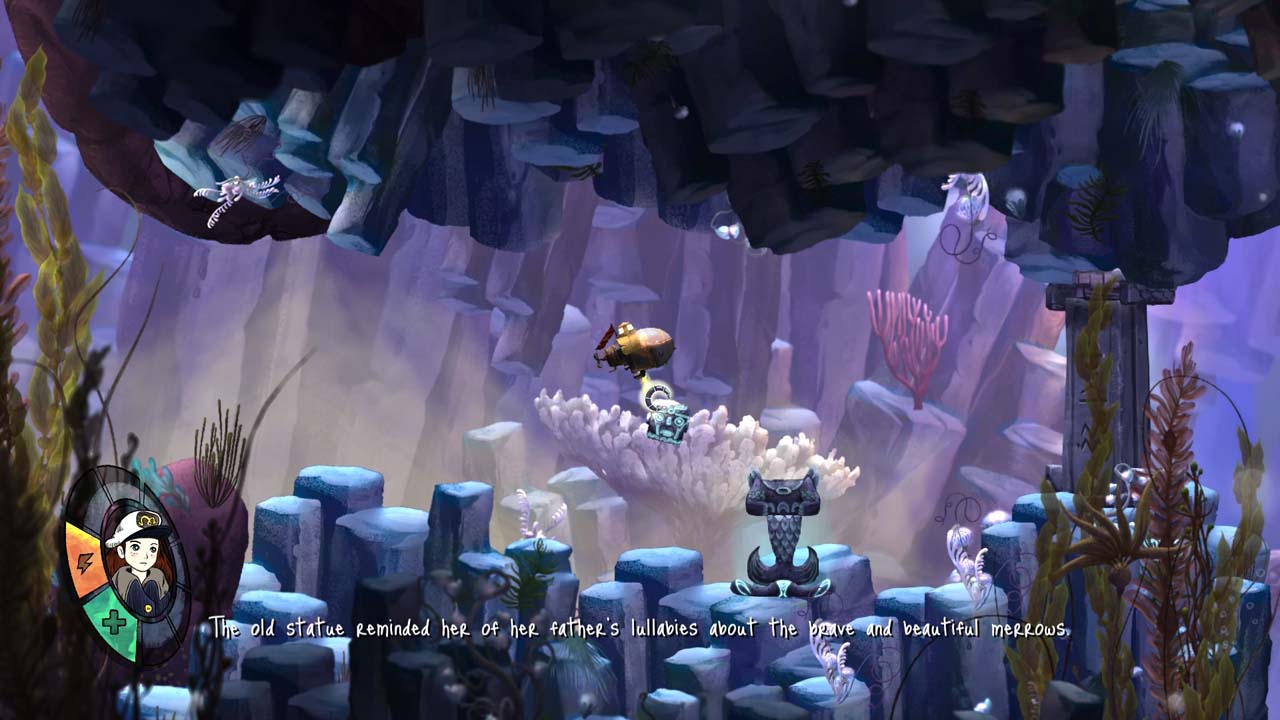 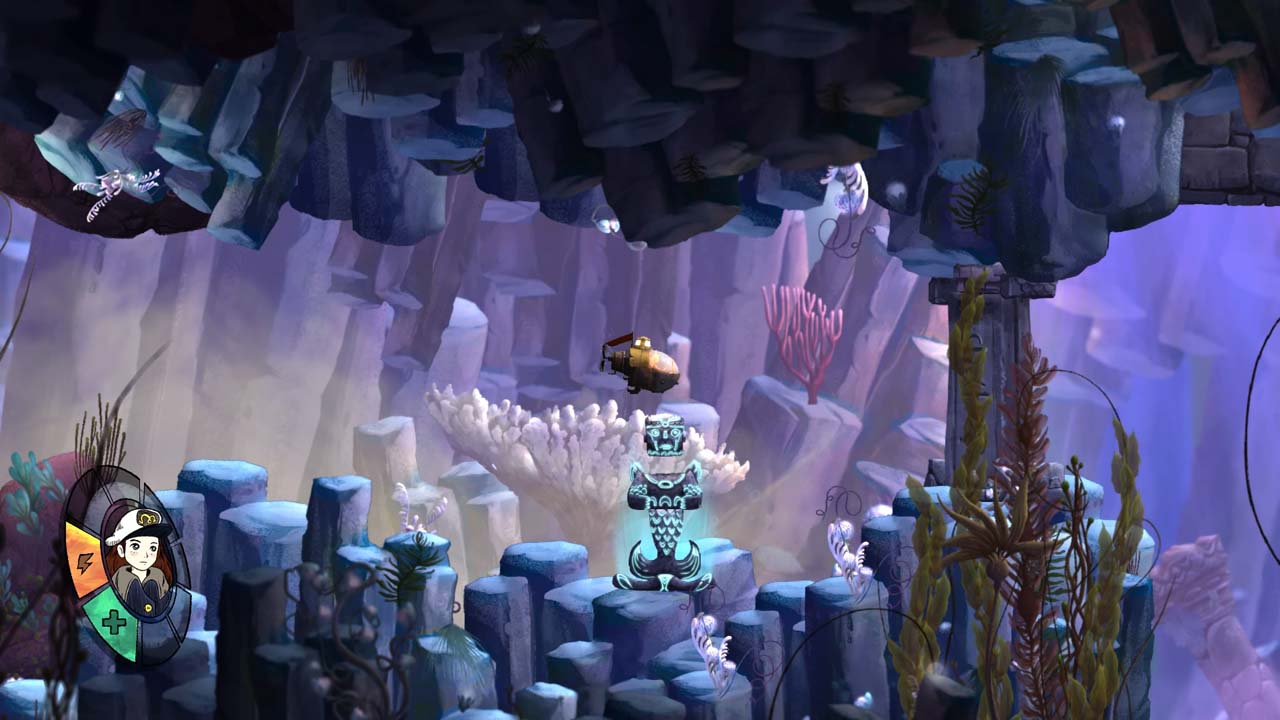 Float across the gap to the right to hit the next Tyne Wellspring. 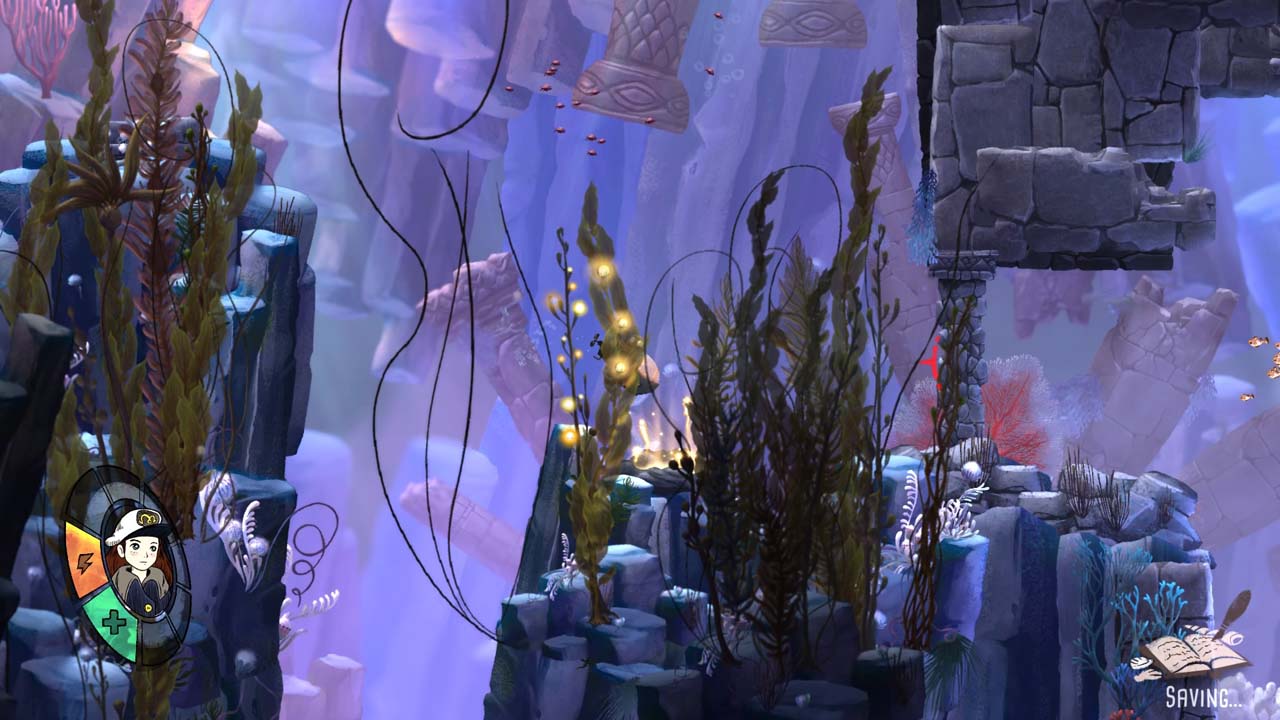 Head down. You'll see a path on the right that is blocked by a current that you'll have to ignore for now. Continue down until you see another headless statue. The head for this on is not so conveniently close. Head to the left where you'll find a complete statue. Use your claw to rip its head off. 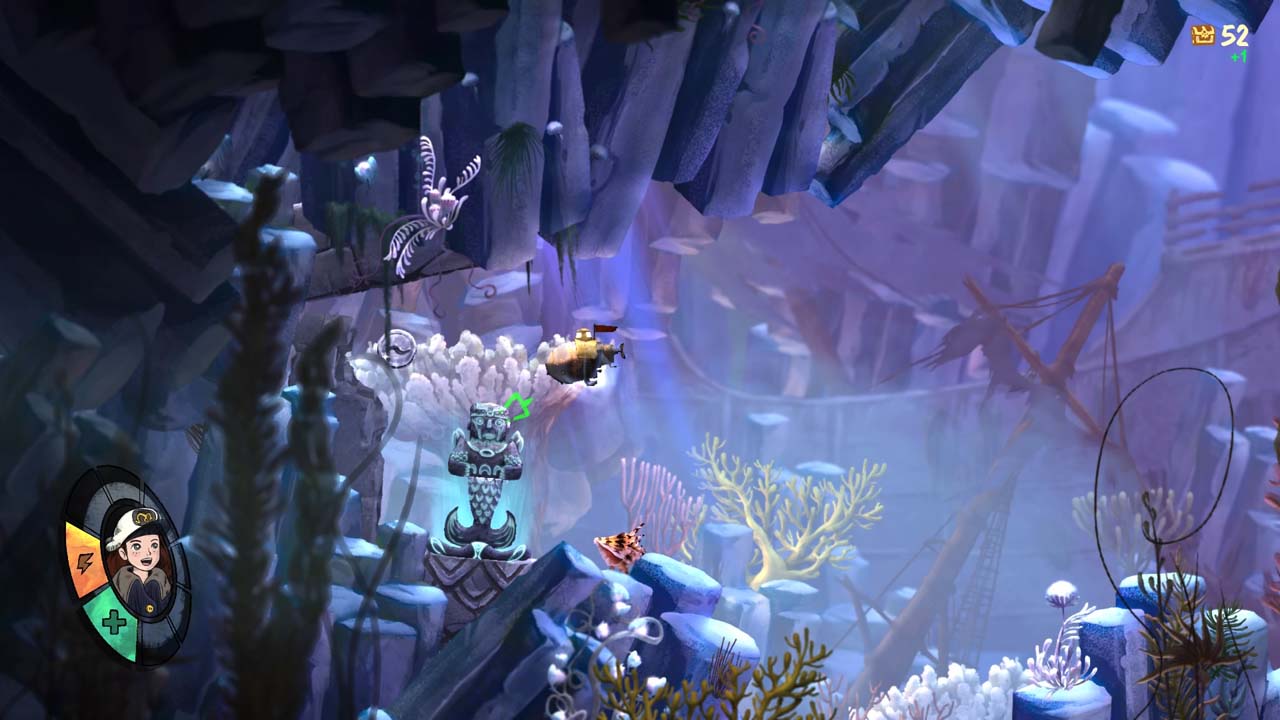 Carry this back to the right and place it on the statue. You'll have a few enemies to contend with during this process. Try not to panic and focus on one task at a time. 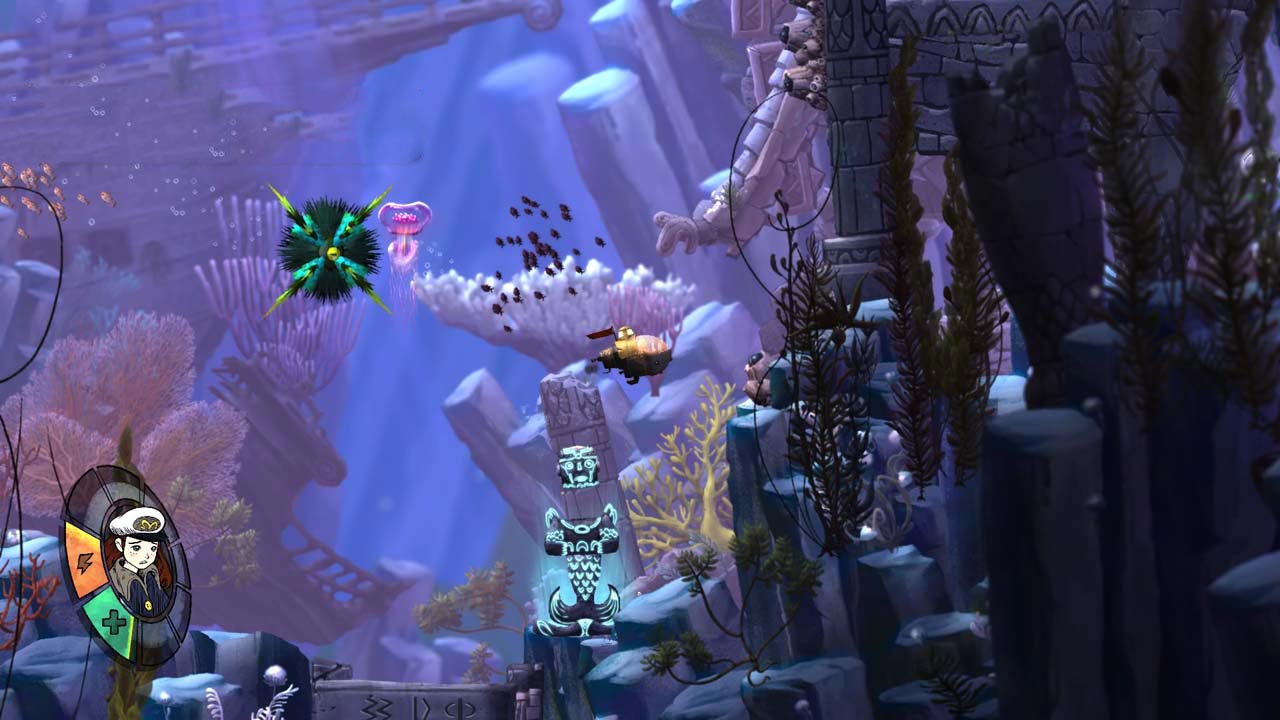 Placing this head will open the path down to the next Tyne Wellspring where you'll meet a hermit crab carrying a vast array of odd looking treasures. This crab serves as a store where you can buy upgrades to various components of your submarine. 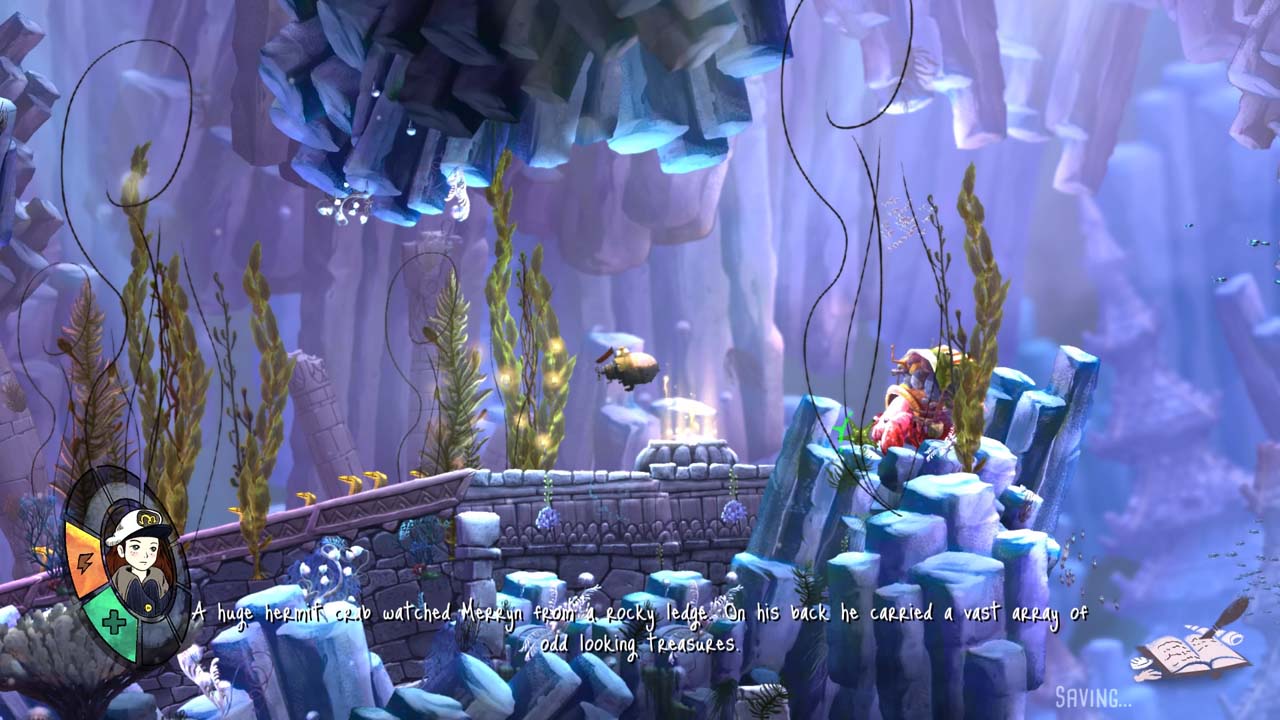 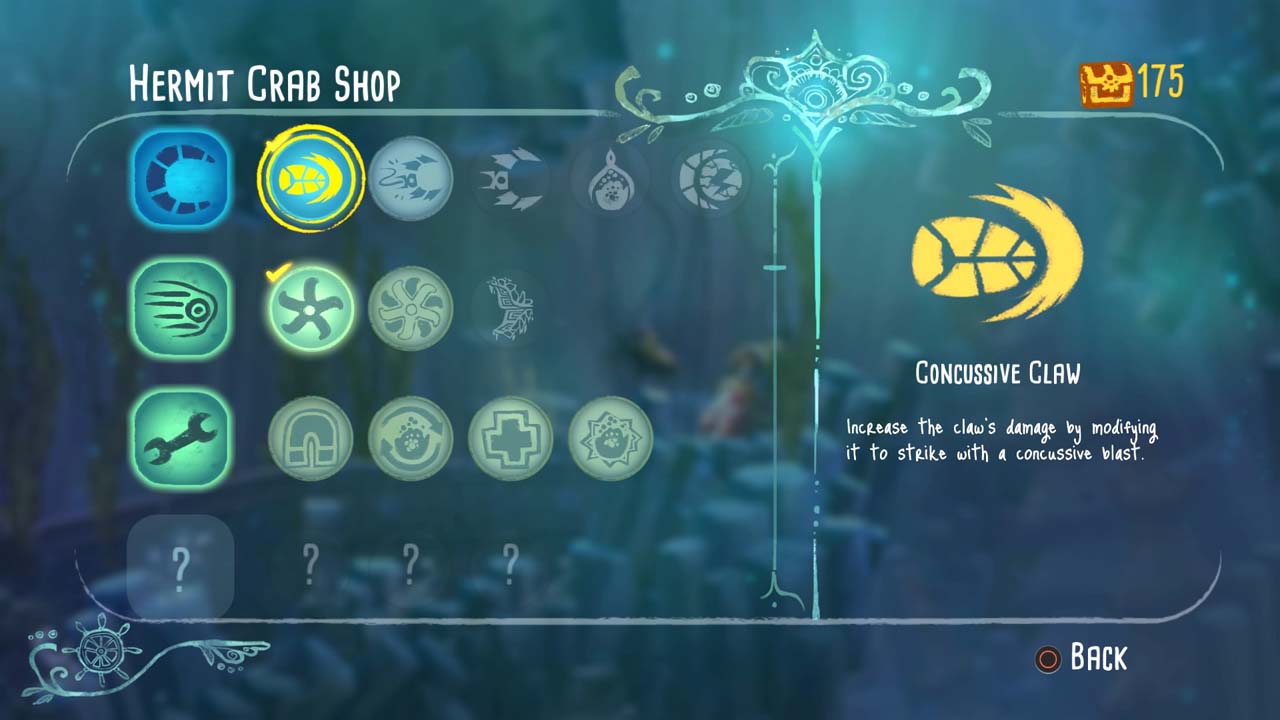 Don't worry if you don't have enough money to buy an upgrade yet. Go to the right, over the crab and up. You'll come to a tunnel with a gentle current that will move you to the next area of interest. 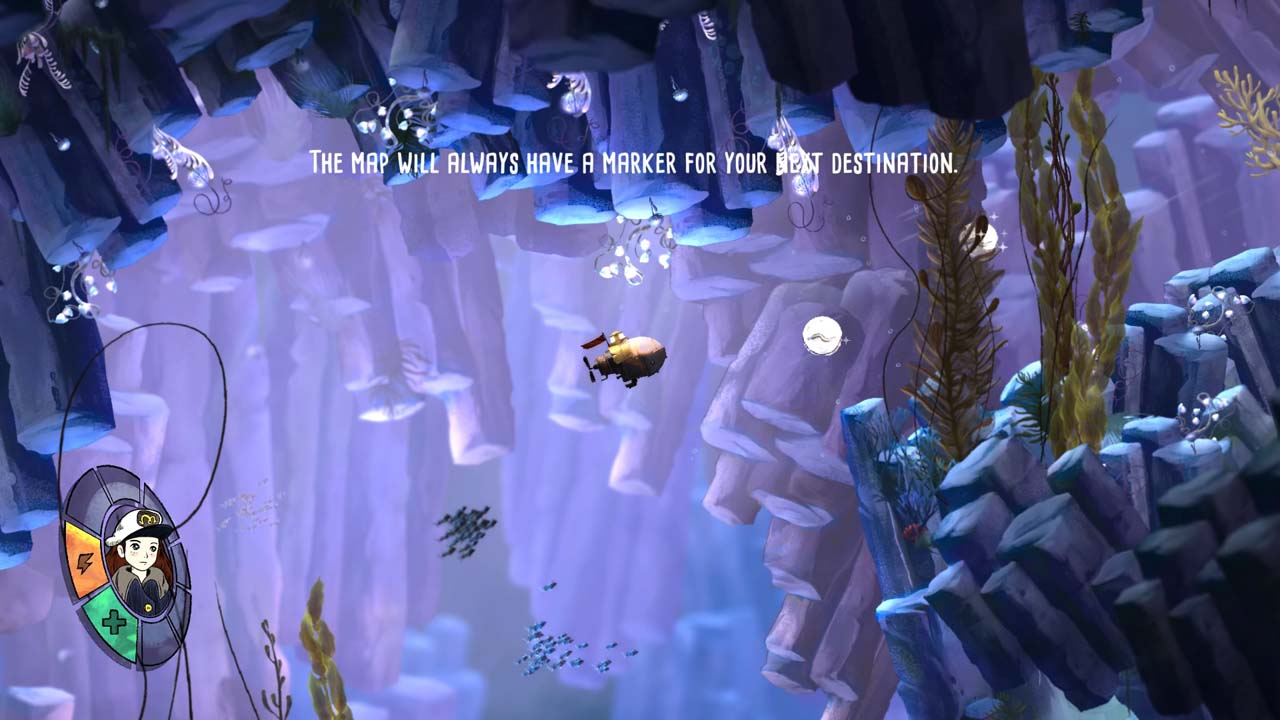 If you try to backtrack at this point, you'll see a foreshadowing message hinting at what you're about to find. 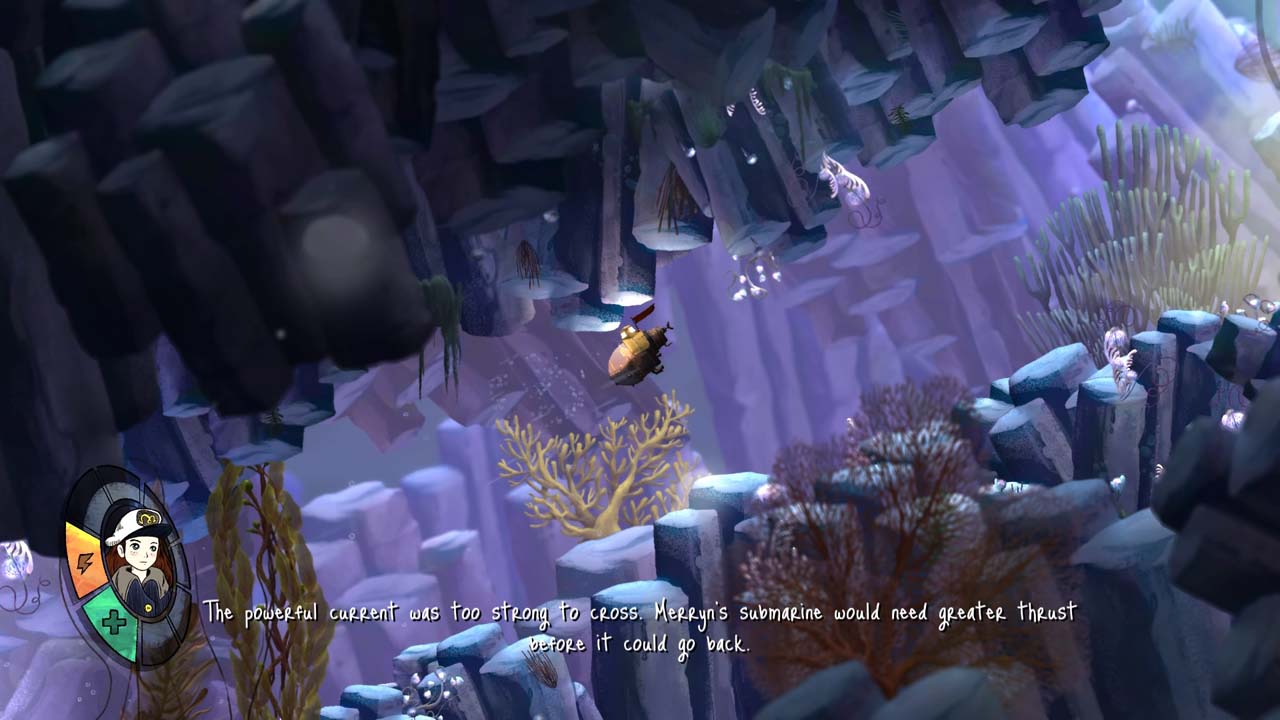 Continue up and to the right until the tunnel opens up and you're faced with some Nettles. Defeat them, then head to the right to find the next Tyne Wellspring. 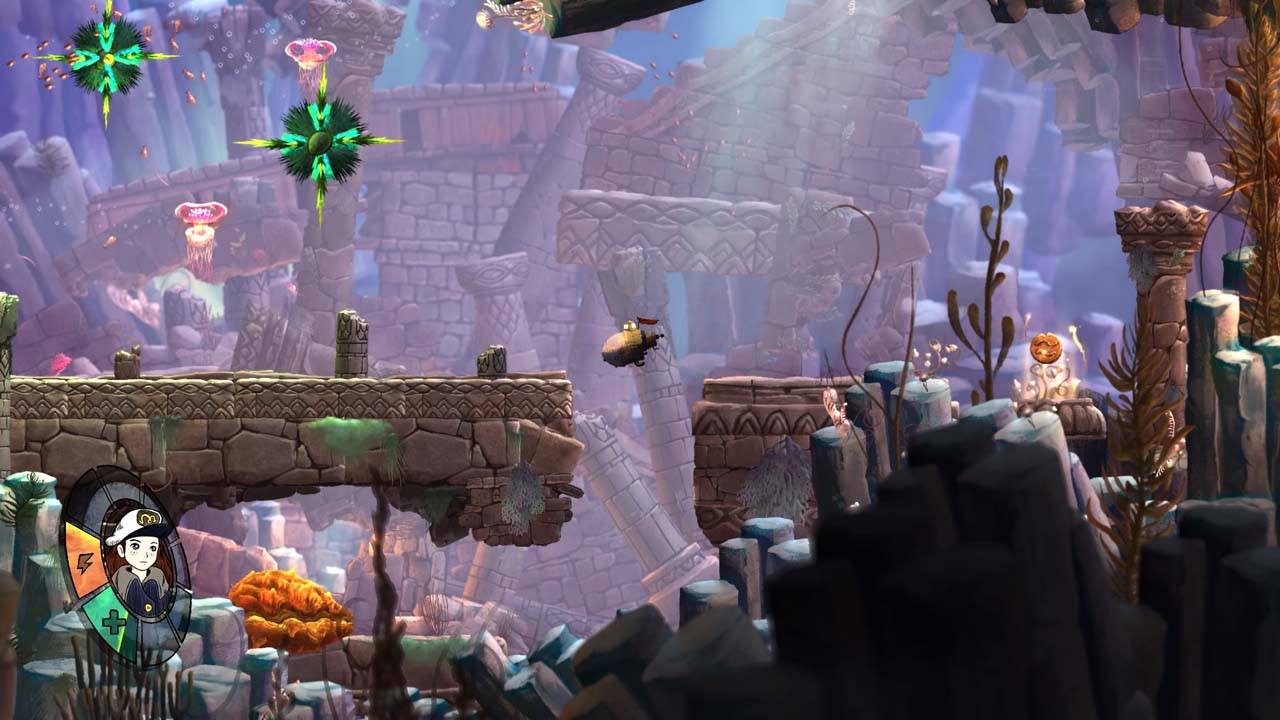 Head up and out of this room to the T intersection. To the left is another headless statue with no head in sight. Head to the right. There is a pulsing current you'll have to contend with. Just make your way forward in steps, using the alcoves above you for shelter. 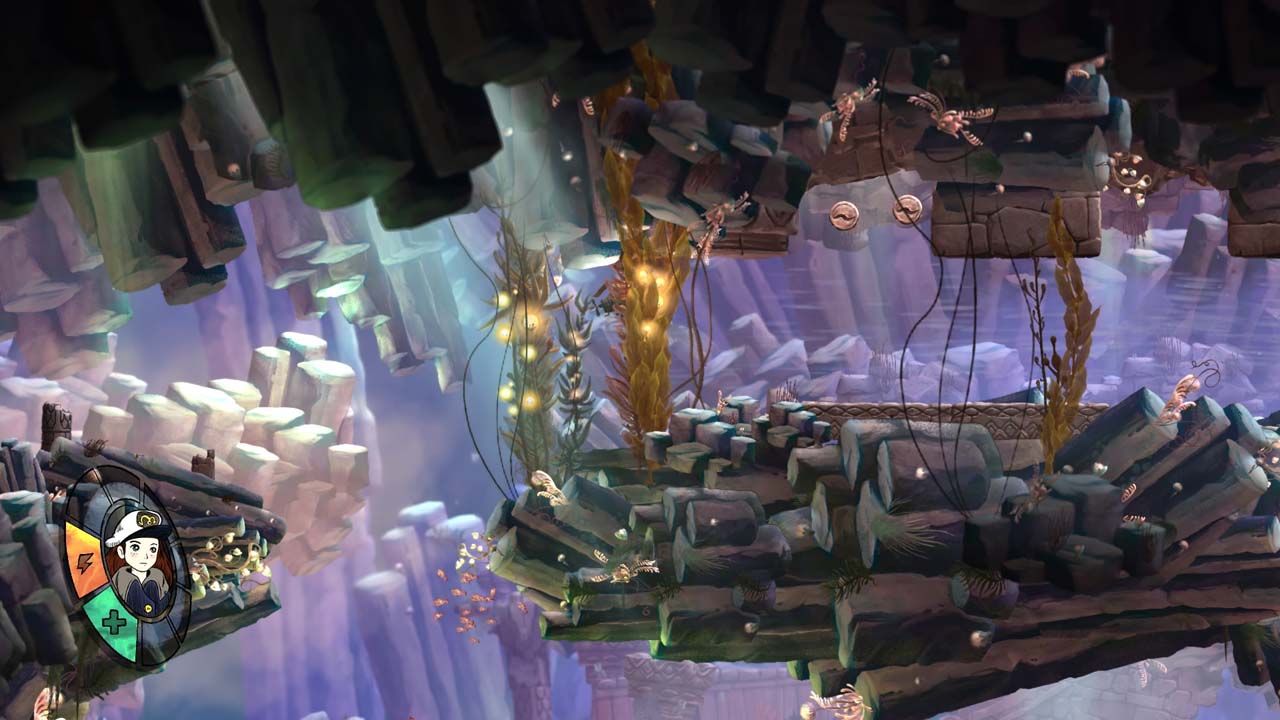 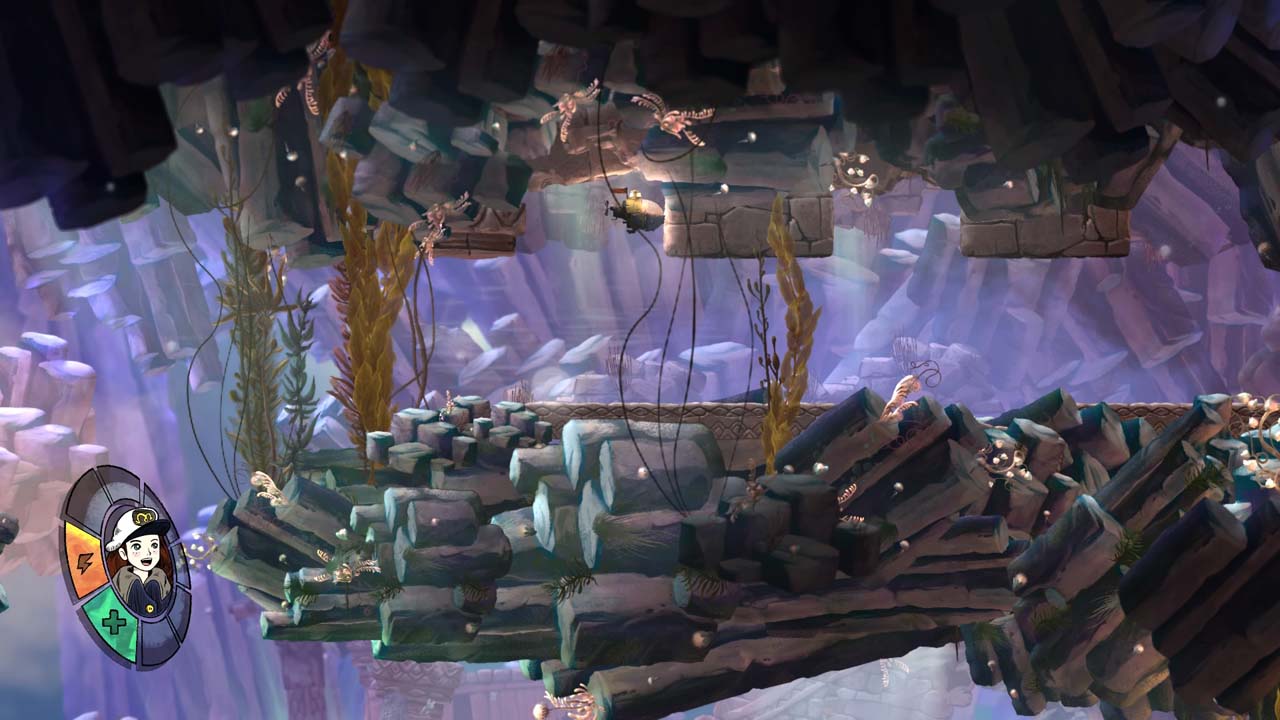 Once through, you'll find a the statue's head on the ground. 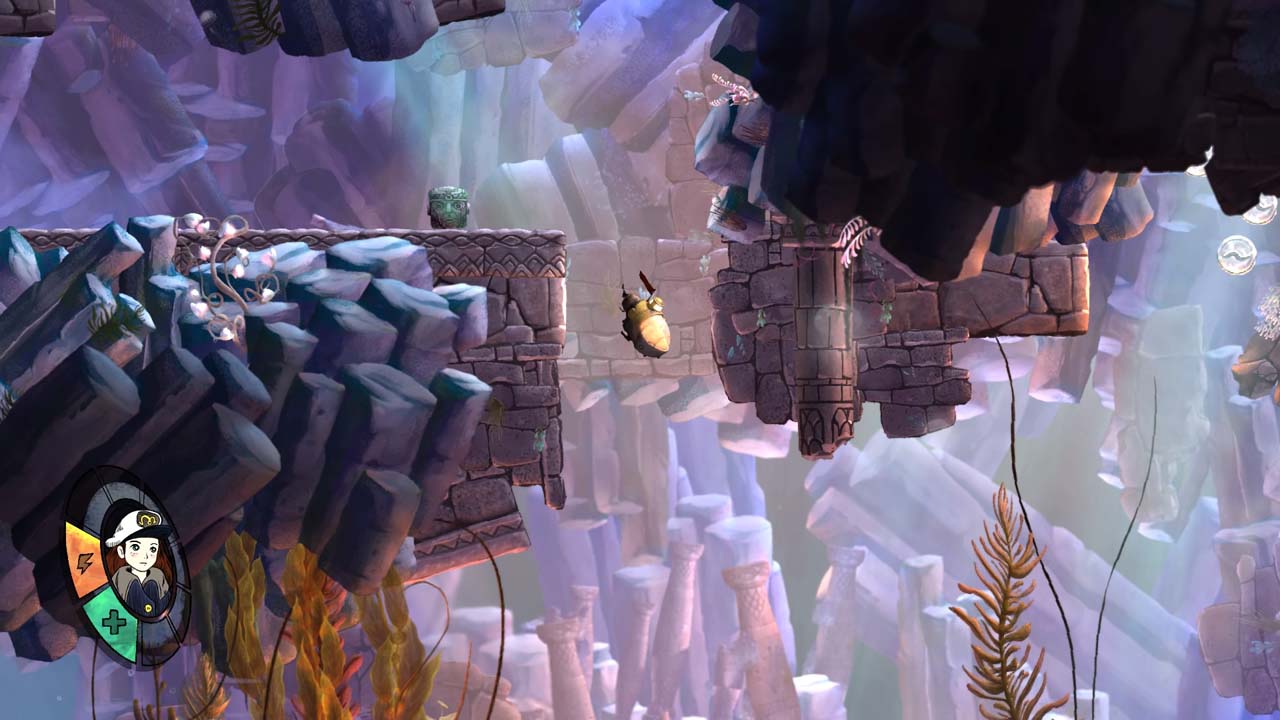 Make sure you explore the paths up and down for coins, but you won't be able to go far. Grab the head and let the current carry you back to the left where you can place it. 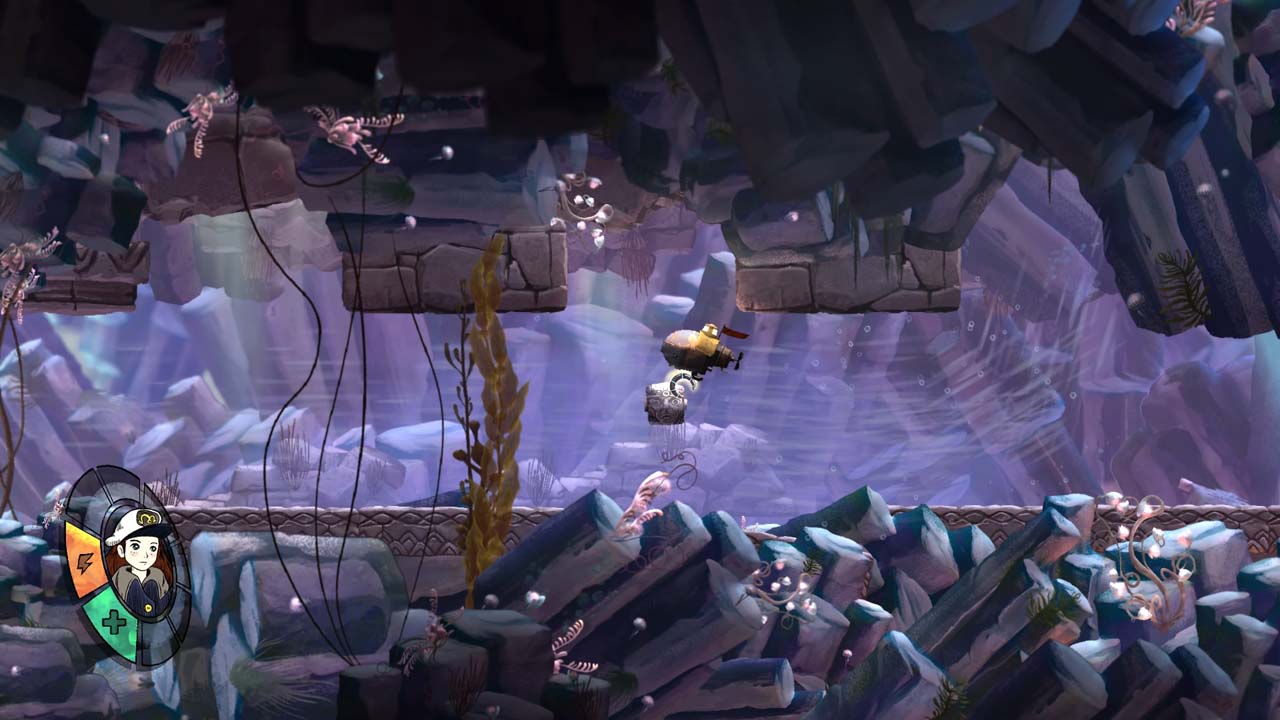 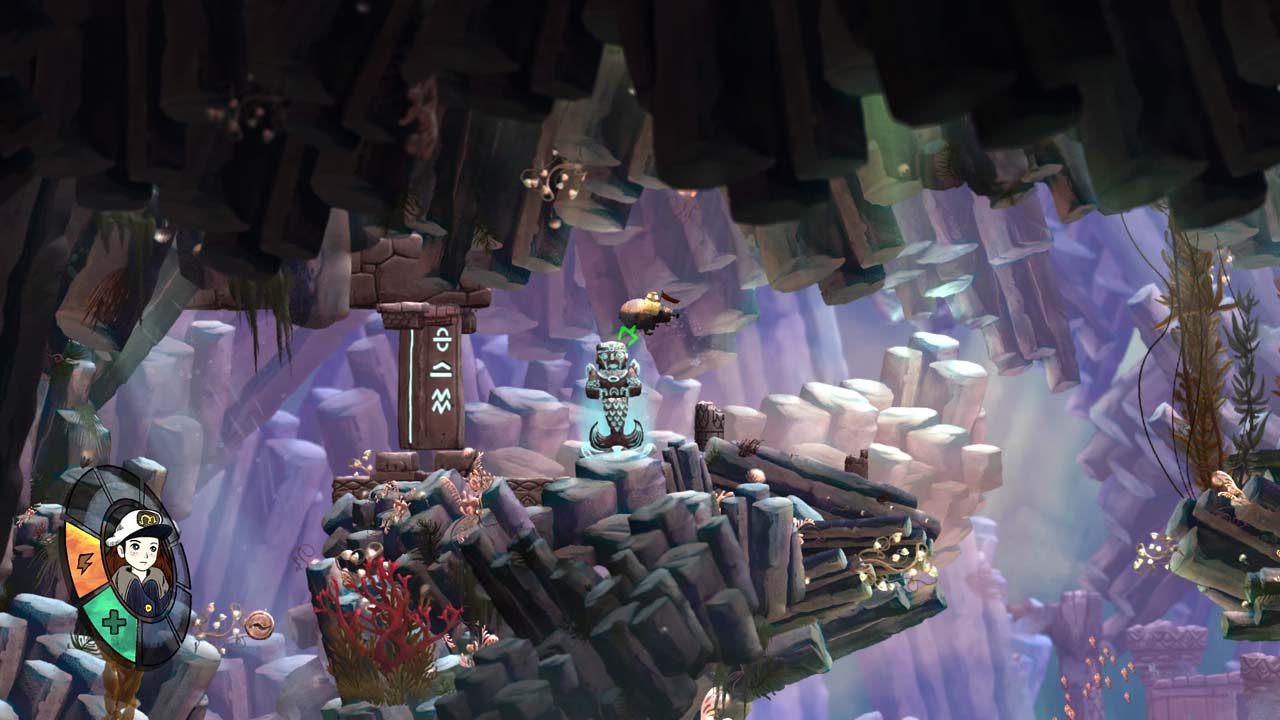 Take this path to the left and down to claim the Boost Jet. 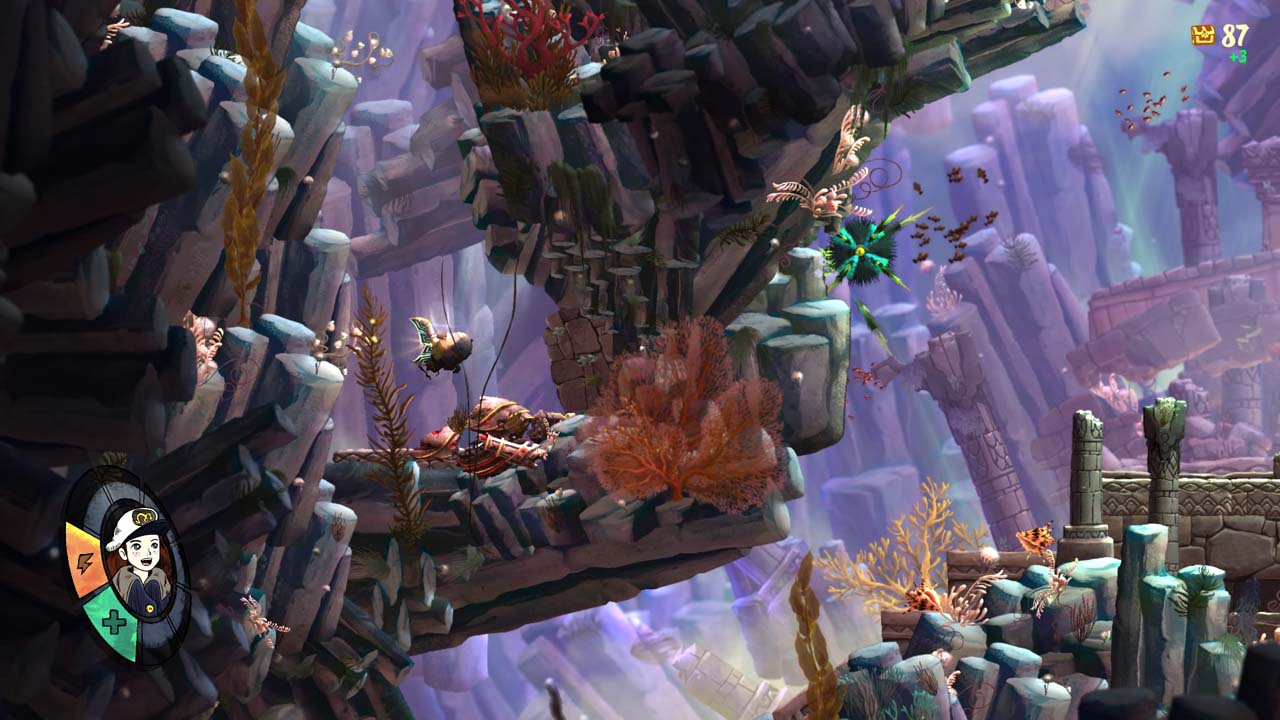 Use your new boost ability to head back up and then down and to the left, through the currents and back to wellspring and crab. You should have the money to upgrade your claw by this point, so stop at the crab and pay for the upgrade to the Concussive Claw. This will make taking on enemies easier and will allow you to break through certain gates.

Head to the right of the crab and straight down. There's a statue head resting on the bottom and a headless statue to your left. There's a current preventing you for delivering the head directly, though. A helpful tip appears on screen telling you what you need to do. 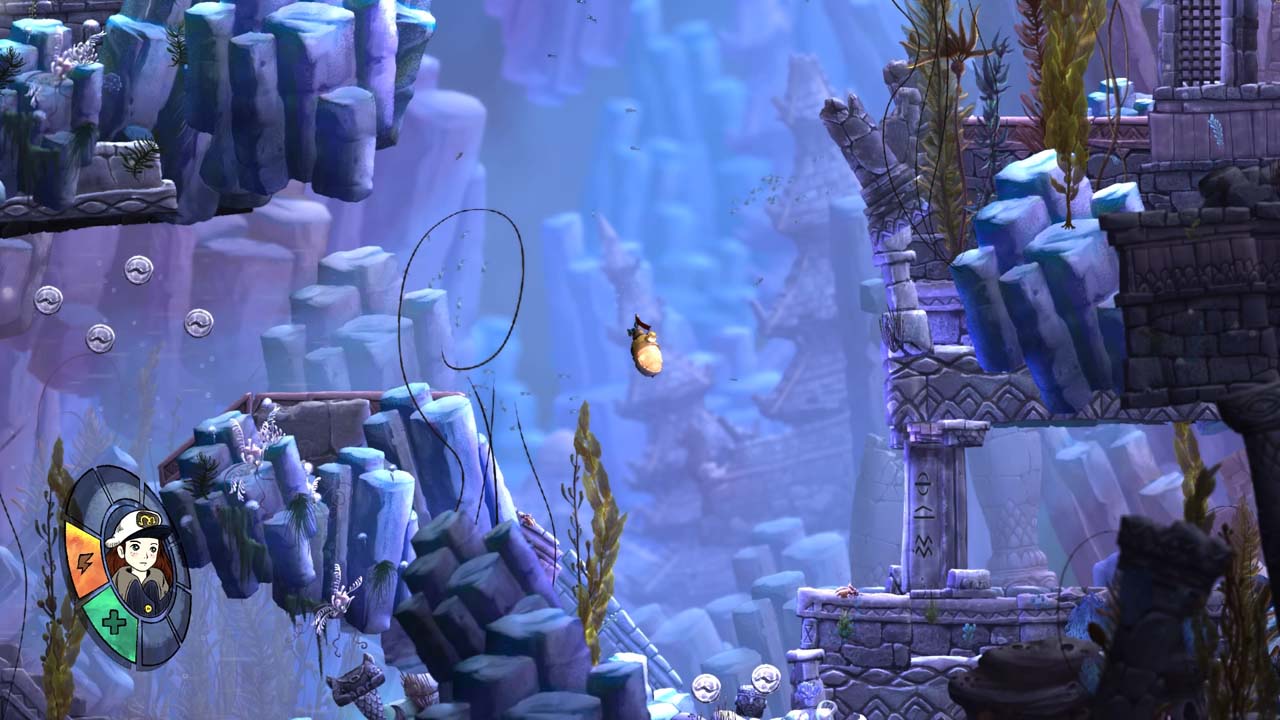 Use your boost to take a run at the opening to the left and toss the head in. It will fall down into the lower current and get placed on the statue, opening the path to the right into the Merrow Ruins. 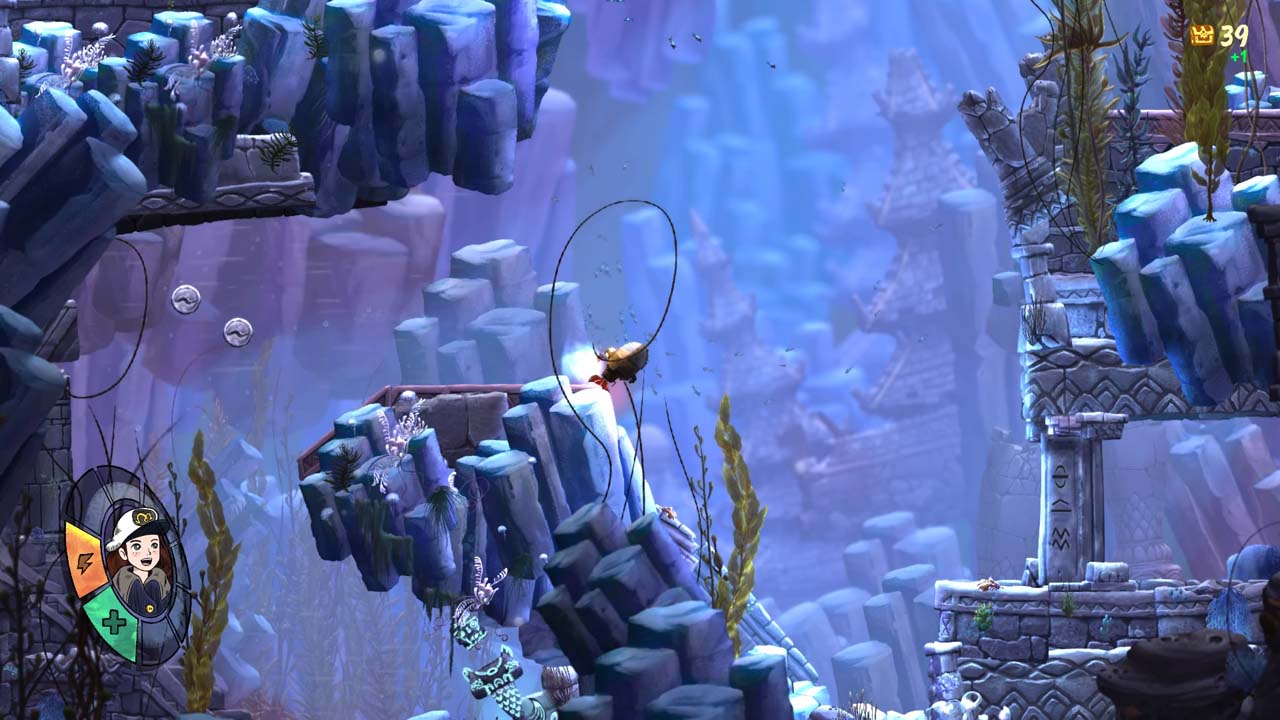 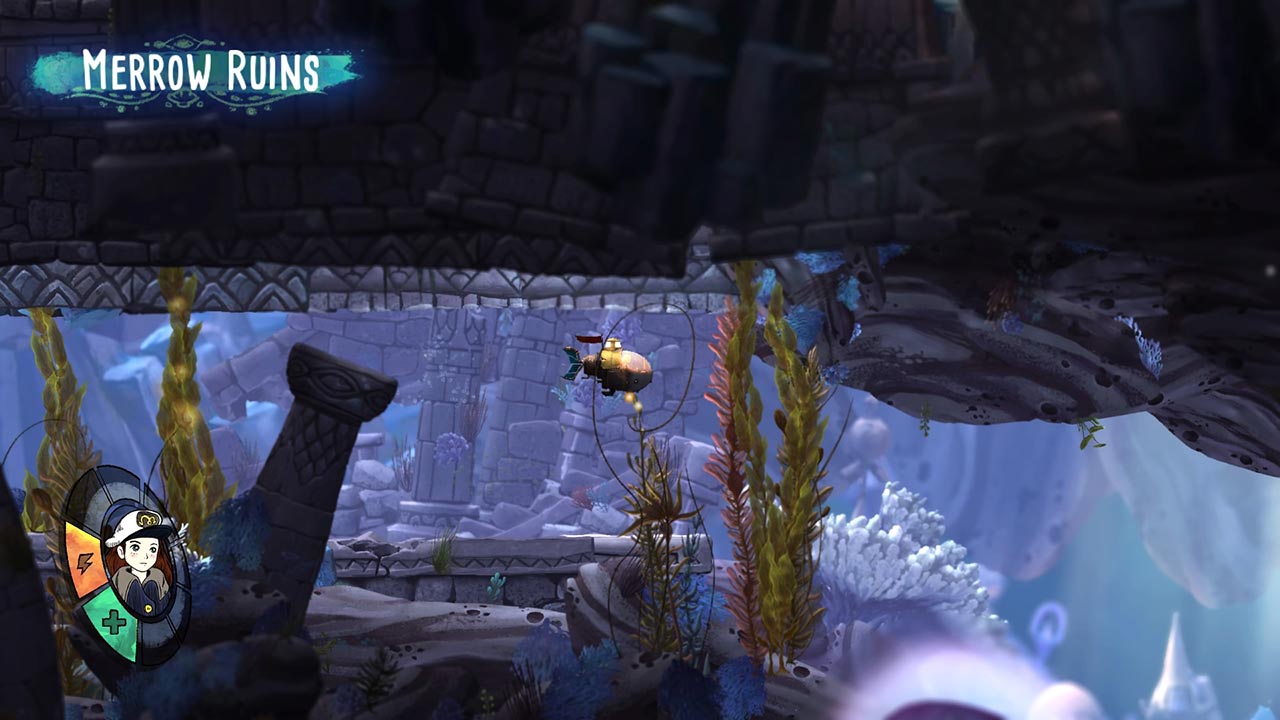