The first thing you'll see in The Maw is a Tyne Vortex and a Tyne Wellspring. 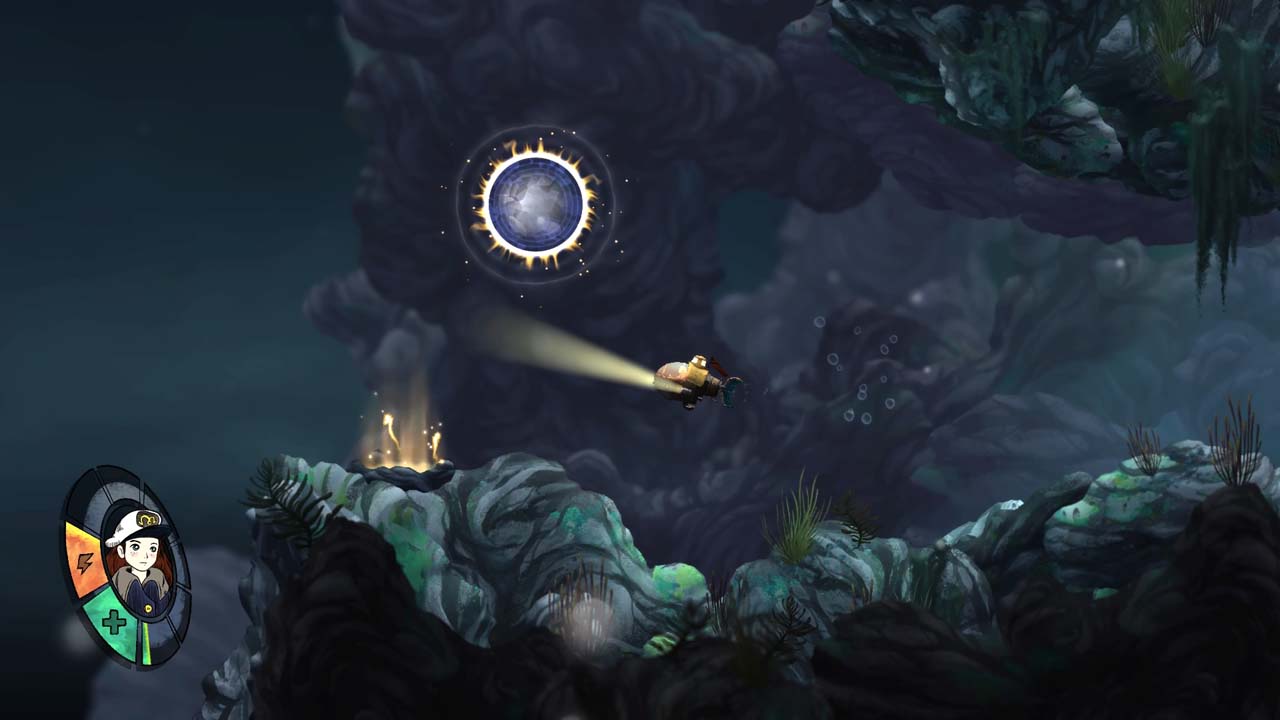 Head straight up from there and enter the gentle upward current. This current rapidly picks up speed, though, so use the anchor points as well as the literal anchors along the walls to guide yourself along. Just be careful relying on the anchor because it will break loose. 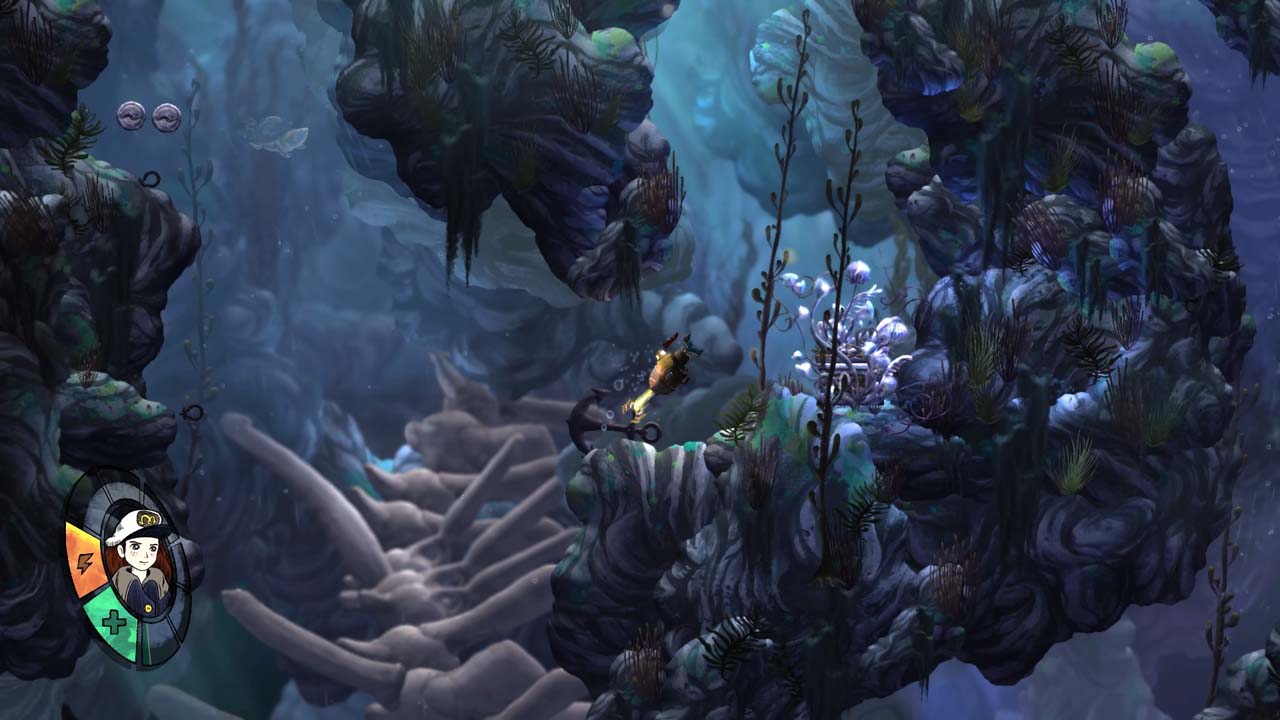 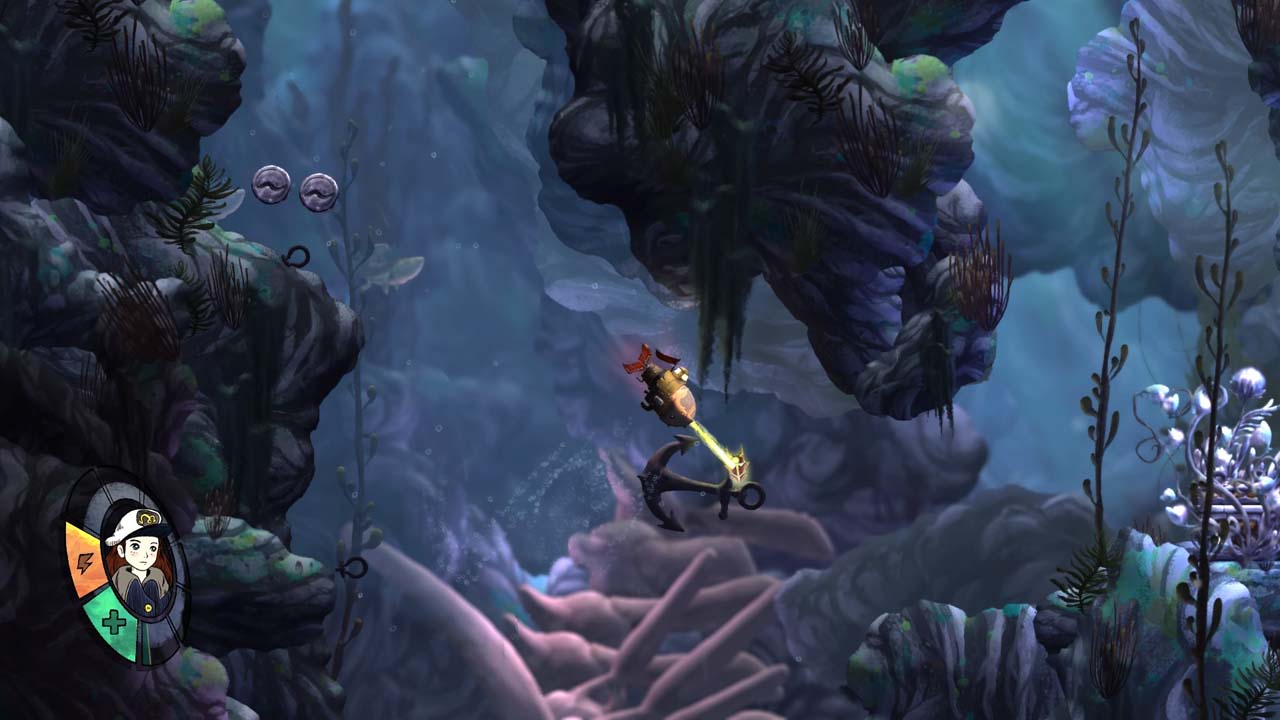 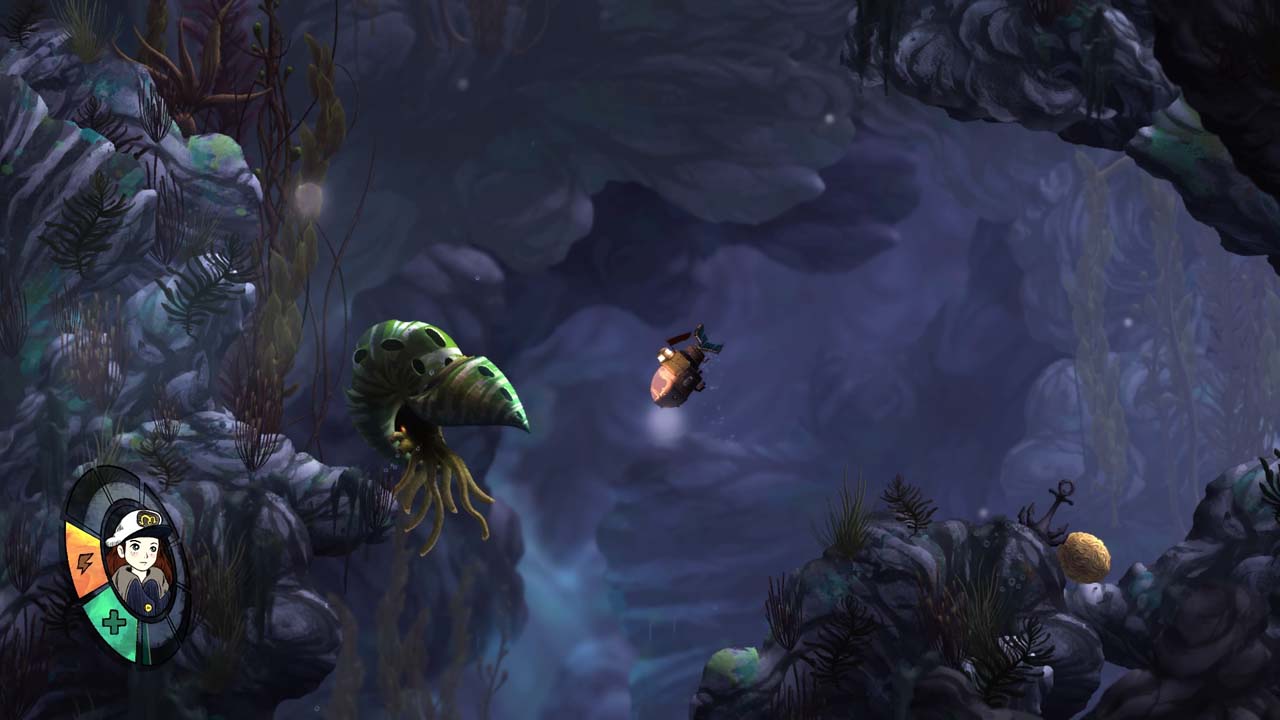 Listen closely to it as it winds up to attack, and you'll be able to get out of its way. Maneuver around and attack the gap in its shell a few times to defeat it. 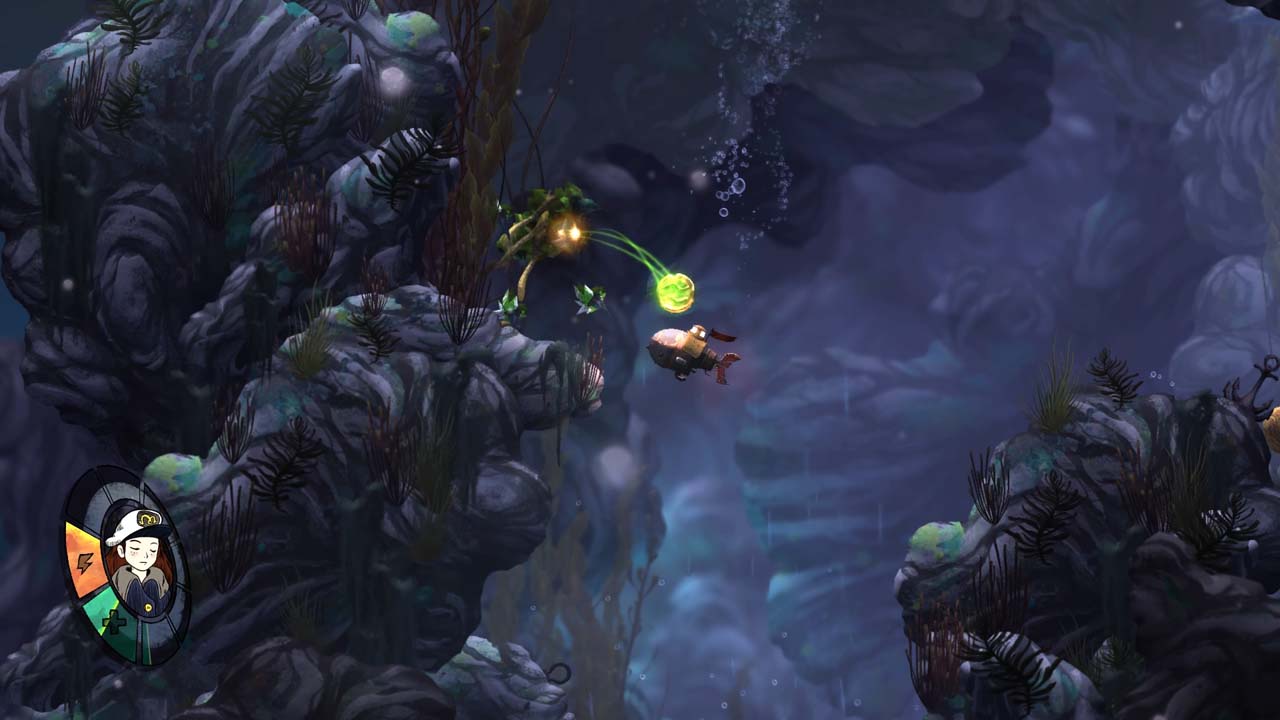 Right above where you first see the nautiloceros, there are some hidden coins. Just watch for the sparkling light in the rocks. 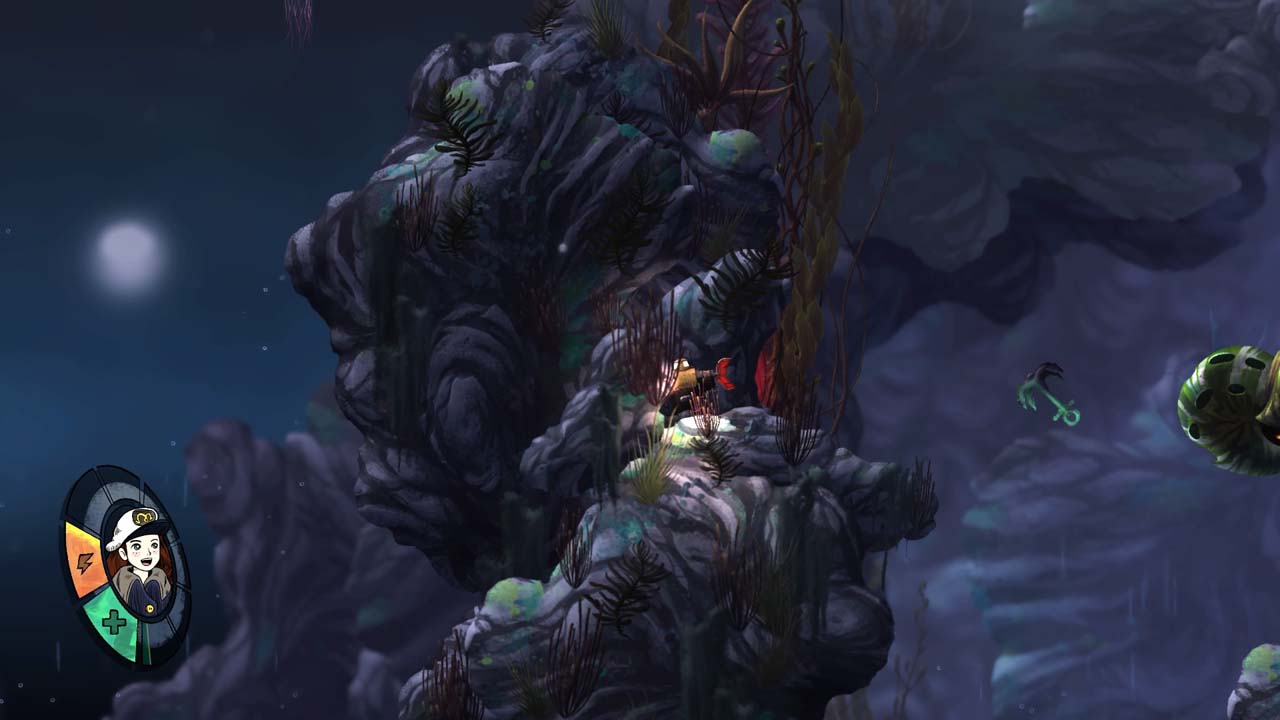 Continue up until you see an anchor hanging from a chain, then head to the right to find the next save point. 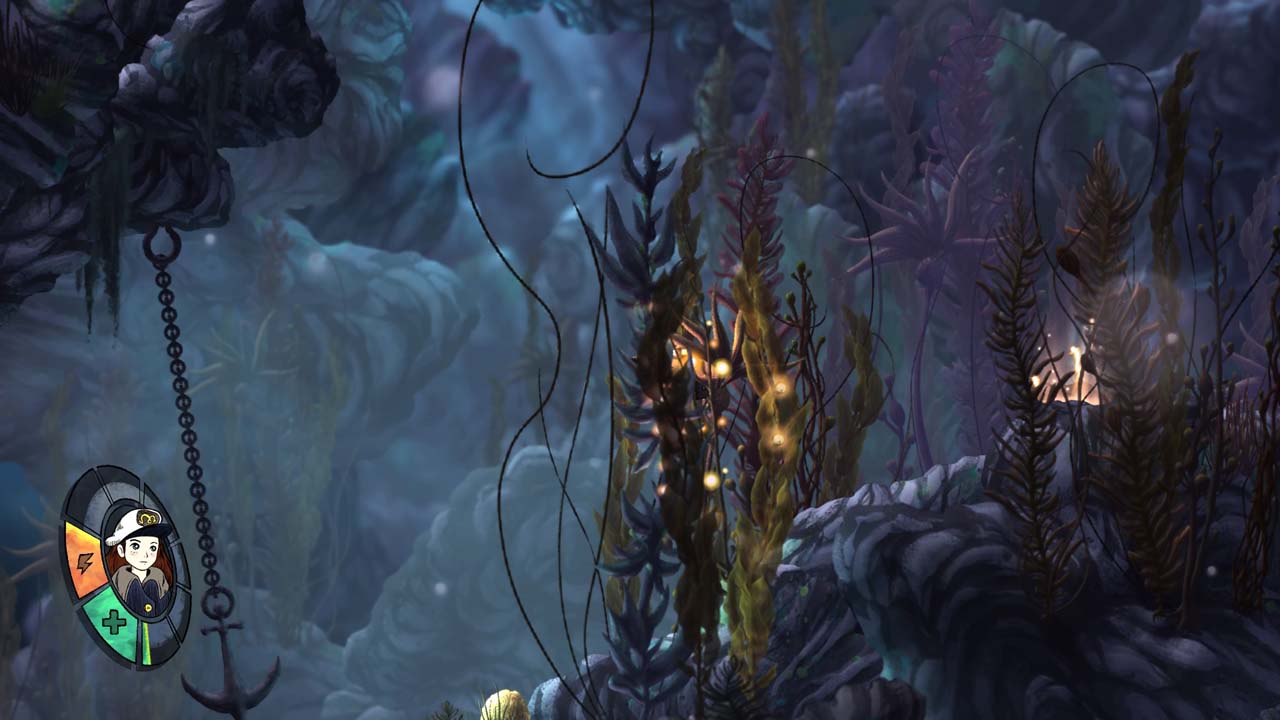 Head up and right until you see another anchor hanging from another chain. 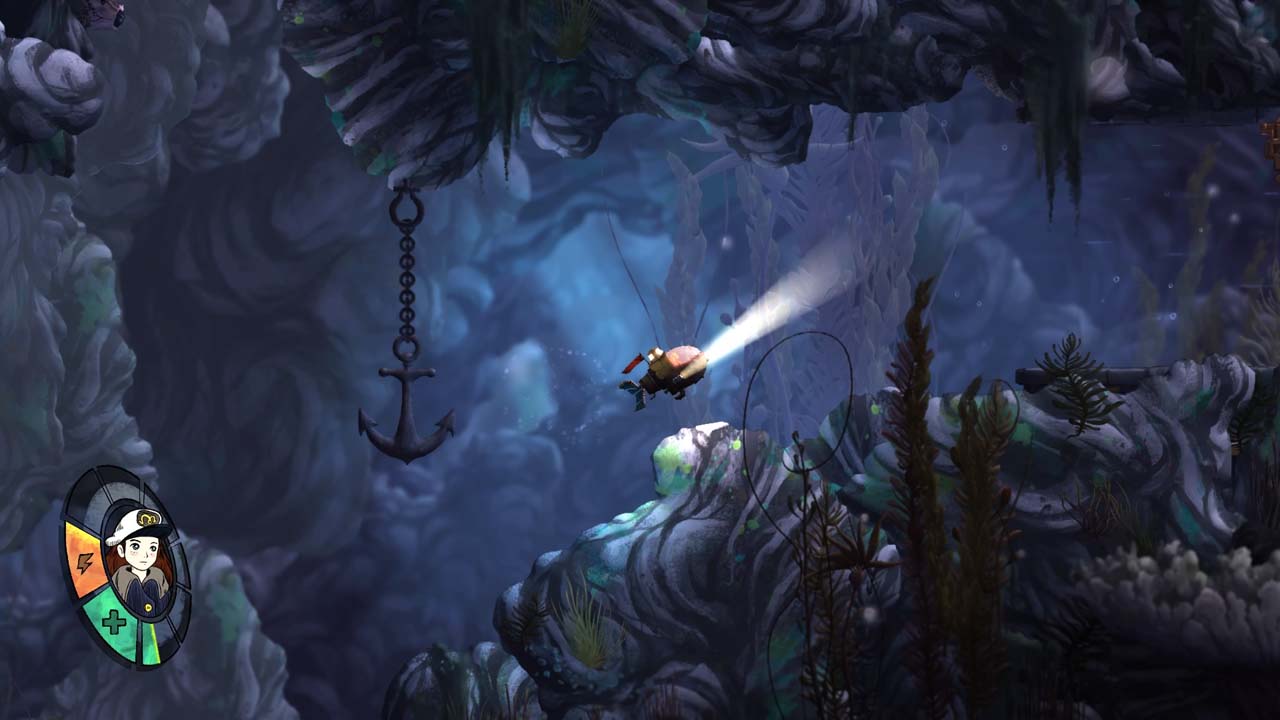 Pass under it and continue right until you are caught in the current. The current will carry you past a door that automatically closes behind you. Once you're trapped inside, you'll get attacked by a series of nettles, those exploding urchins and another nautiloceros. 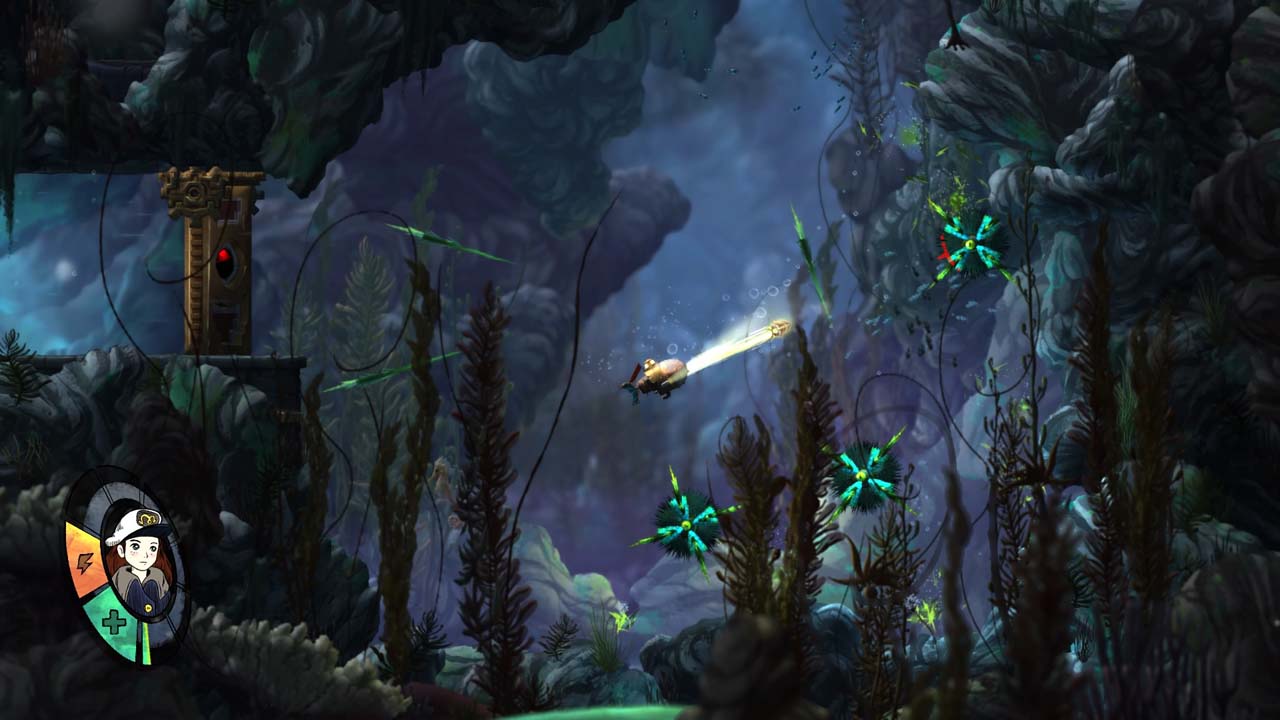 Defeat them all, then head up for a chest containing another hull fragment. 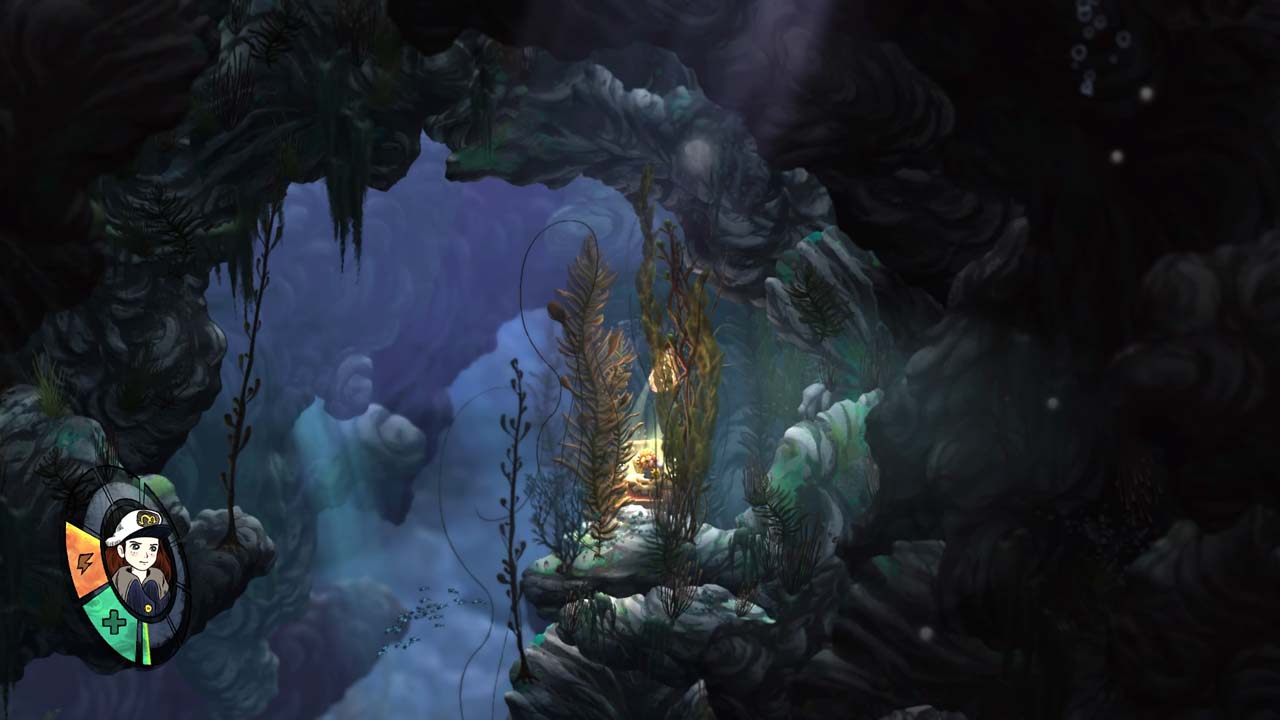 Work your way back to the left past the wellspring, and head out into the open water. Use the hanging anchors and your boost to climb your way up the wall of The Maw. 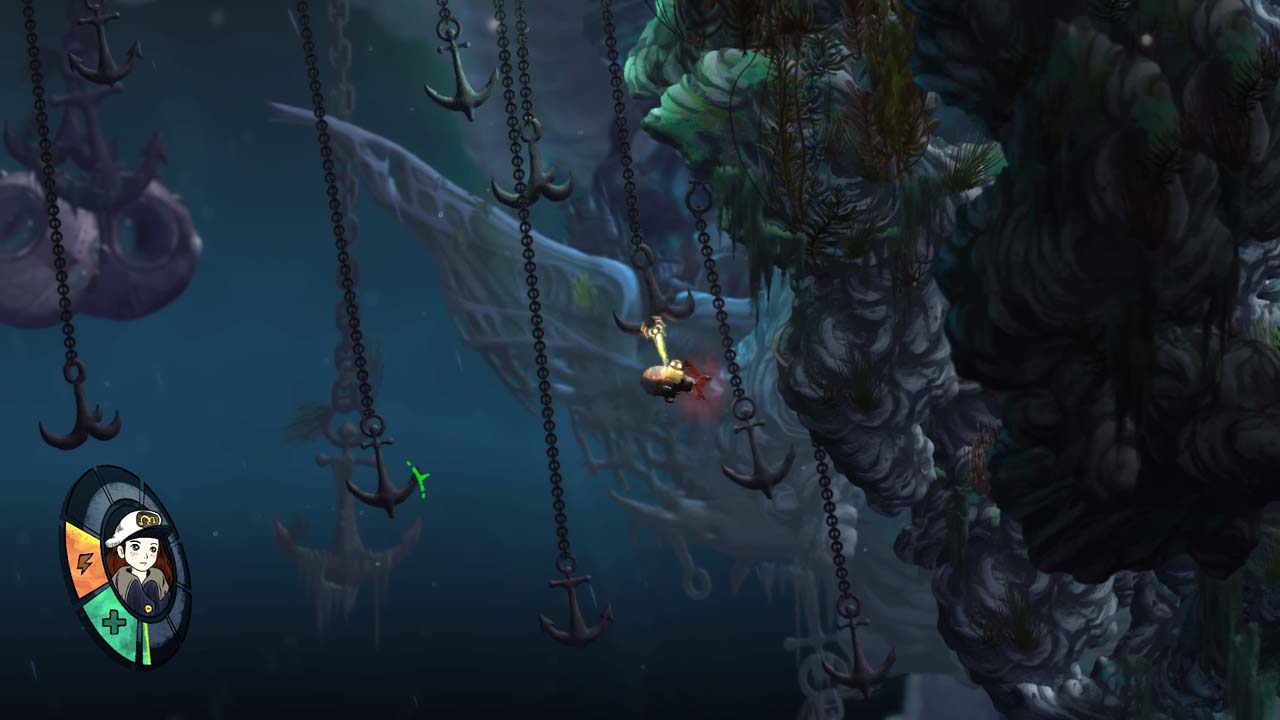 Pause occasionally to let your boost recharge, but be careful of the anchors that break off. 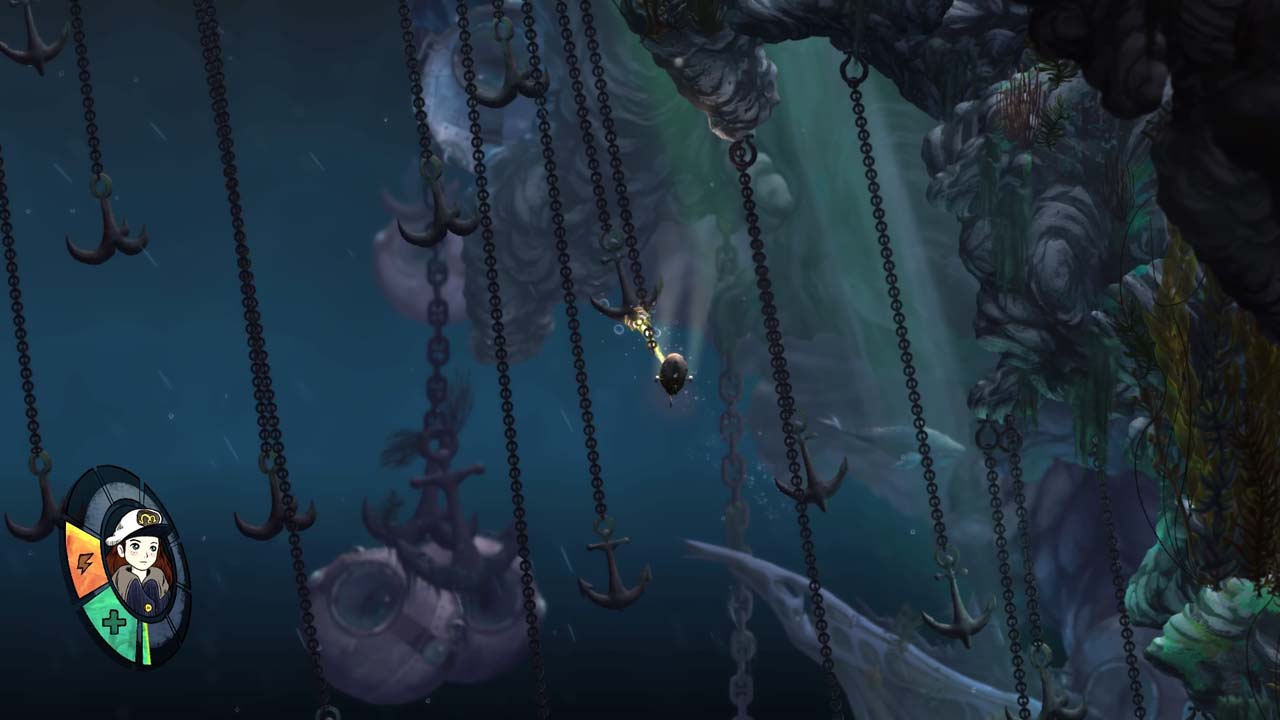 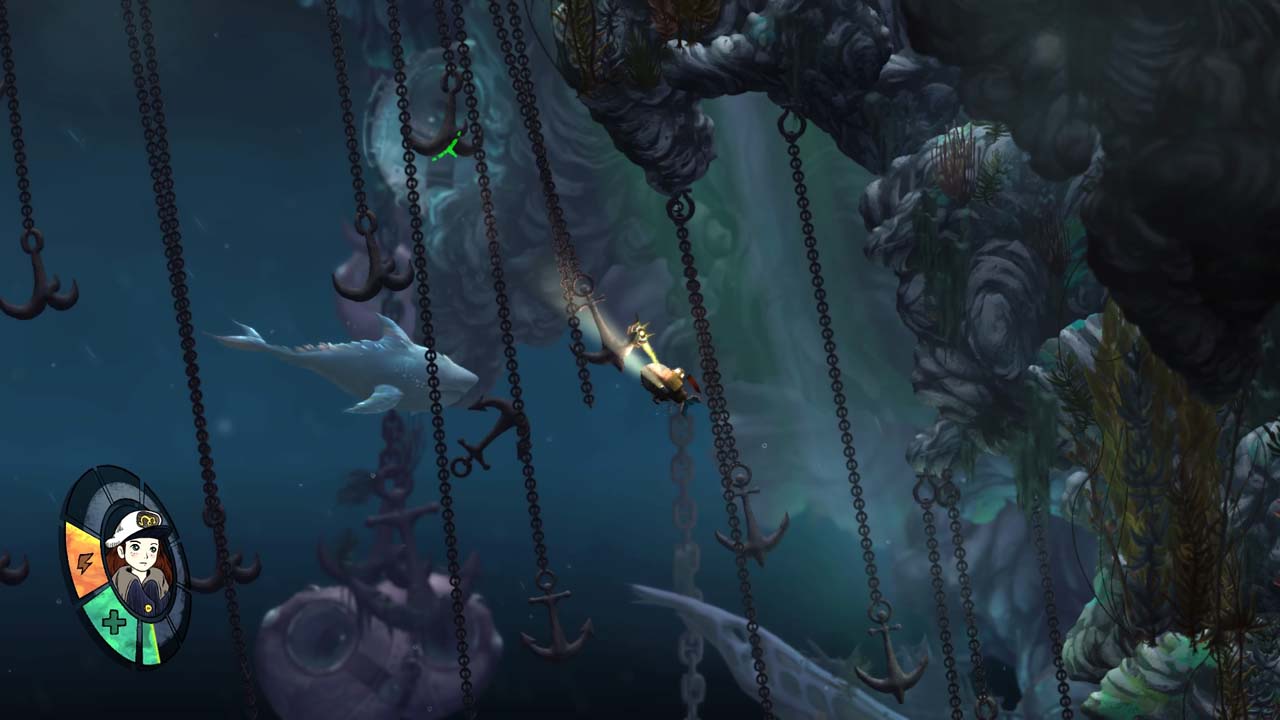 Keep working your way up until you cross into the boat graveyard known as Skeleton Reef. 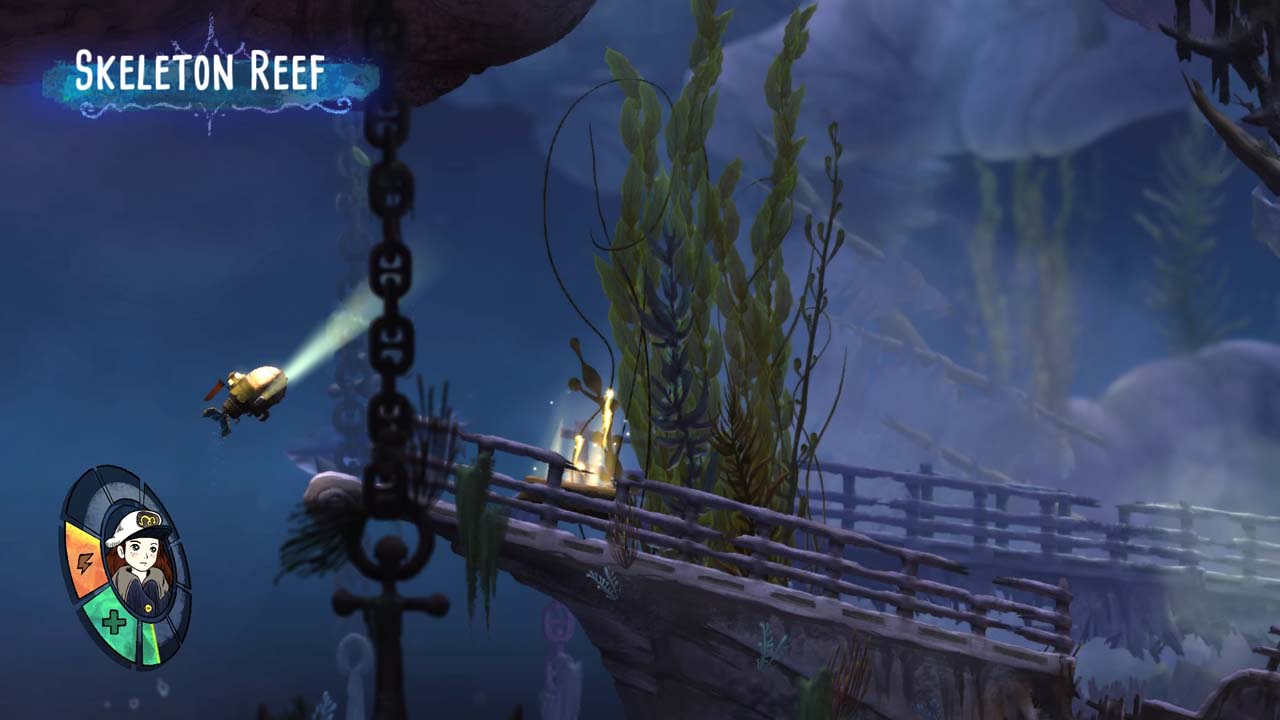