Ledges, another evil birdcage, a collapsing mine shaft

Share All sharing options for: The Last Guardian walkthrough part 16: Mine shaft collapse

From the cliff's edge, turn left.

If you have more luck convincing Trico to do what you want than we did, you can ride him. If he's stubborn, you'll have to lead him. Get all the way to the left, then climb on Trico's back. He'll jump up along the cliff and then over to a building where he'll keep jumping.

He'll come to a stop on a platform that has a ledge leading away from it. Climb out onto the ledge and start working your way right. At the other end, jump to the next platform, then climb up to another ledge. Then there's another ledge. And another.

Turn left at the clearing, then go inside the building. Turn left again and head down to the gate where Trico is waiting. Pull the switch on the left to let him in.

Turn around and head all the way back across the building. There's a hallway on the left that will lead you to another evil birdcage. Hop down to the ground and call Trico to follow you. It goes about as well as you'd expect.

After the origin story flashback, Trico will have recovered and will carry you out of the building. He'll drag you around until he gives up and dunks you to wake you up.

Trico's very excited when you wake up (was this number five or six?). Get him back into the birdcage room — it's off now, so you're safe — and get him to stand against the wall on the left. Climb onto his head and jump through the window there. Make your way to the ladder on your left and climb down to the switch there. This will open a gate to let Trico follow you.

Head along the hallway back to a mine shaft-filled room. Head to the second tunnel on the right and go inside. Call to Trico and he'll stuff himself into the tunnel. Climb on his head to jump up to the ledge on the right.

Head through the tunnel and make your way back to unblock the door for Trico. Call him from inside again to get him to stuff himself into the other tunnel.

Crawl through the gate that blocks Trico's way, and look for a chain on the right side of the tunnel. Pull the chain to open the gate for Trico, and he'll keep crawling forward. 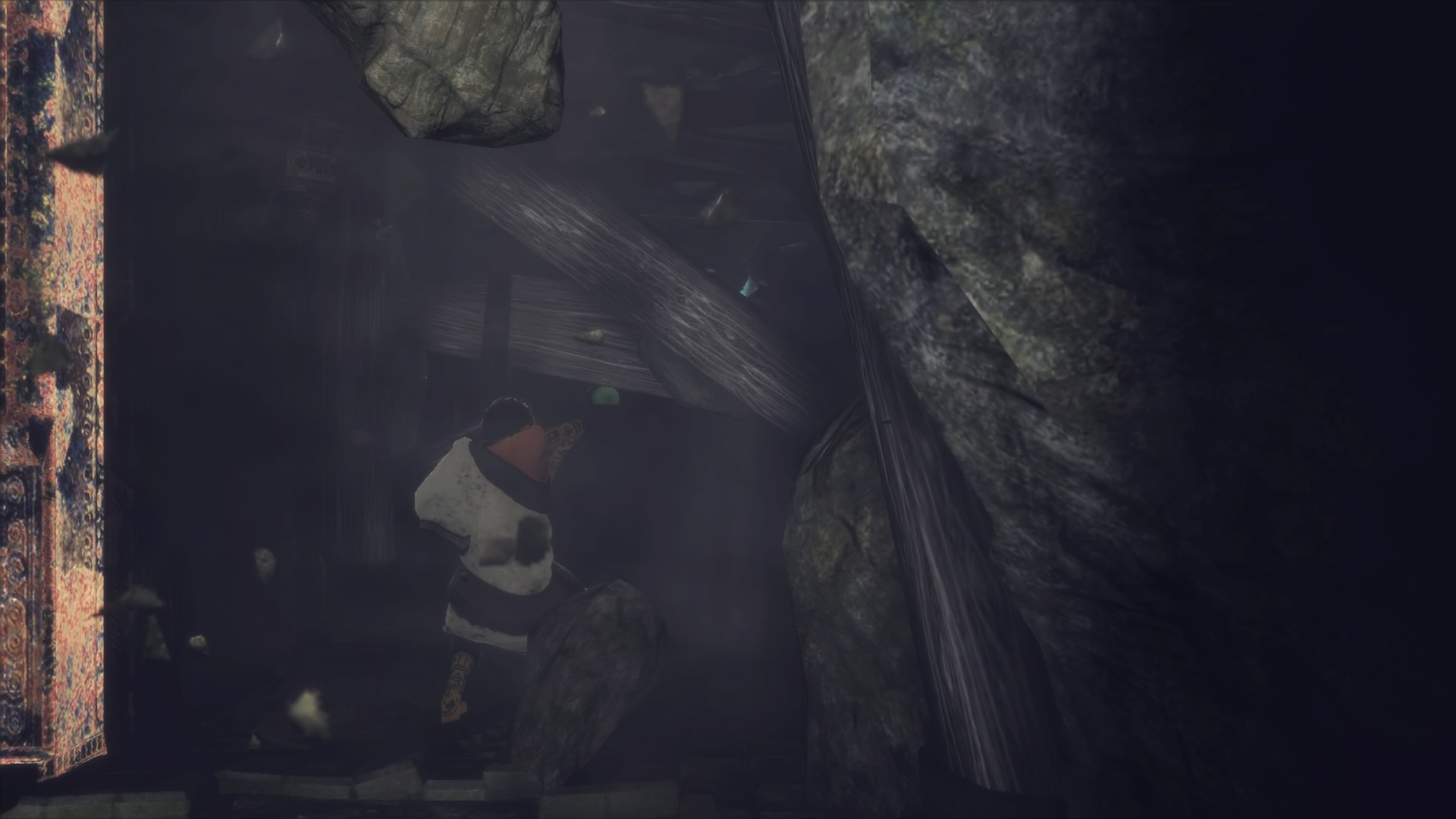 When you come to (we're done keeping track — Will Smith should star in a movie about this kid), crawl along the tunnel and squeeze past Trico. When you come out into the light, start climbing up the rubble.

Keep climbing and working your way forward and to the left. Run along the hallway you find on the other side of the wall. 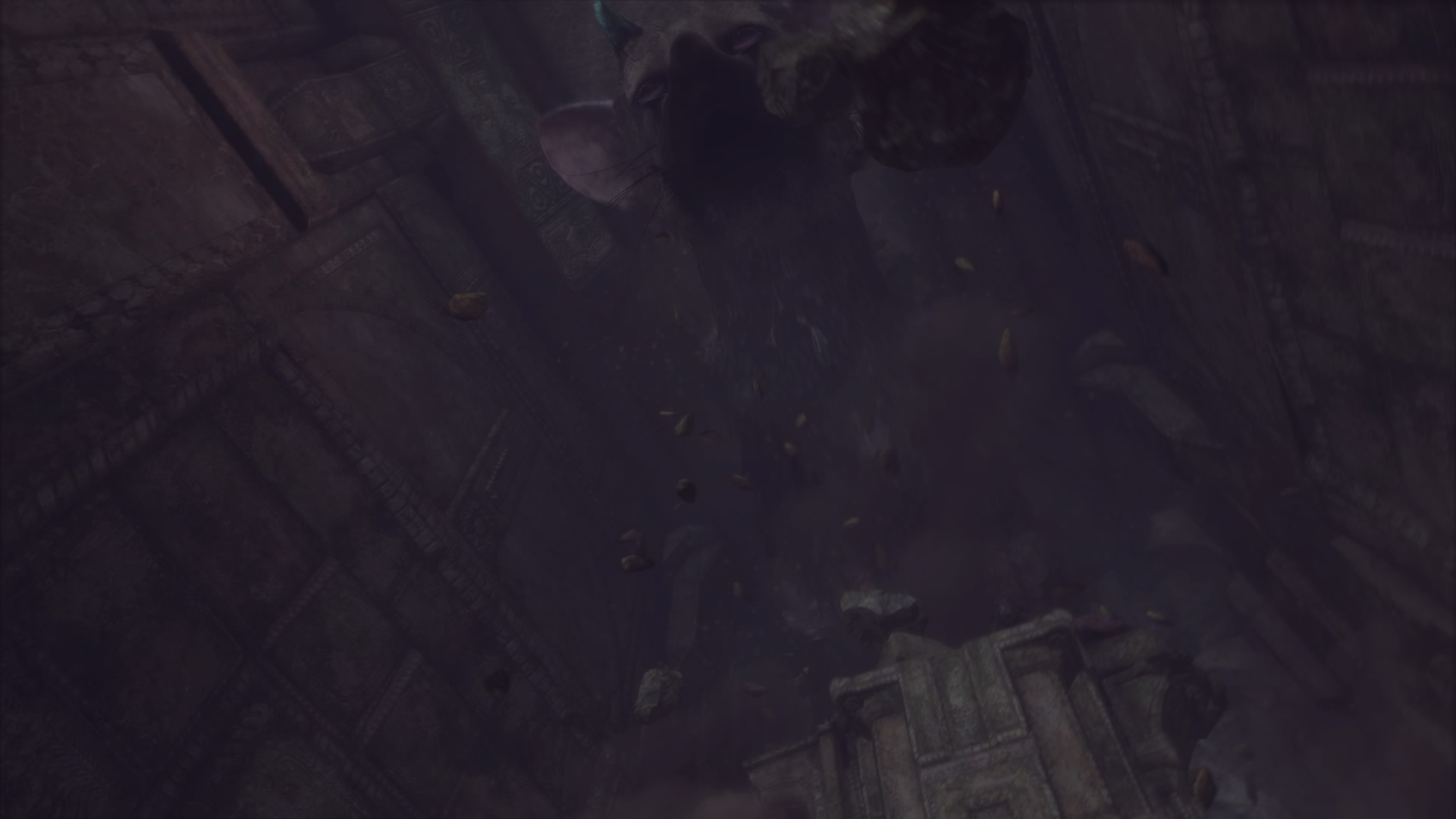 You'll find some suits of armor at the far end. Lure them into the hallway and back toward Trico. Even being unconscious doesn't keep Trico from hating those suits.

This fight's a good time to practice a new tactic against the suits of armor. Trico doesn't always destroy the suits. Sometimes they just get knocked down. It usually takes them a few seconds to get back up. If you're close, you can run over and pull their helmets off, destroying them.

Once they're handled, climb on Trico's back and direct him outside. Get him to jump toward the wooden bridge. When he jumps to it, the bridge will start collapsing, but it goes better than usual. 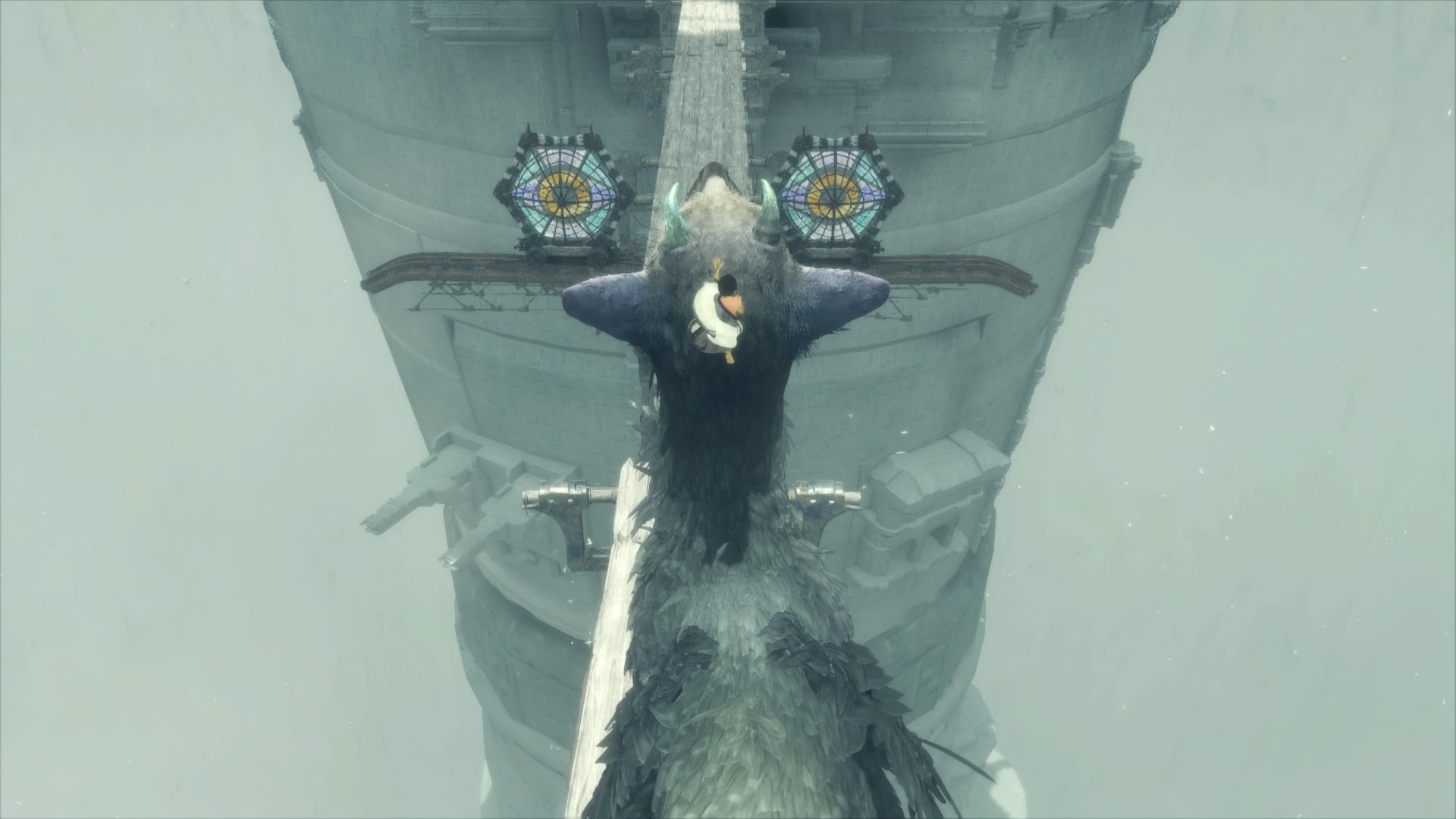 He'll turn the corner and carry you further along. He'll come to a stop, though, when he sees a couple of those eyes. Getting these out of the way is a little more complicated than usual, so we're going to pick it up next time.

Part 15: Escaping the elevators
Full table of contents
Part 17: An army of armor