The Last Guardian walkthrough part 19: To the white tower

Climbing out of the pit (again), more eyes, lots of towers, a big fight

Share All sharing options for: The Last Guardian walkthrough part 19: To the white tower

Trico's done messing around, so you're not going through the tunnels this time. 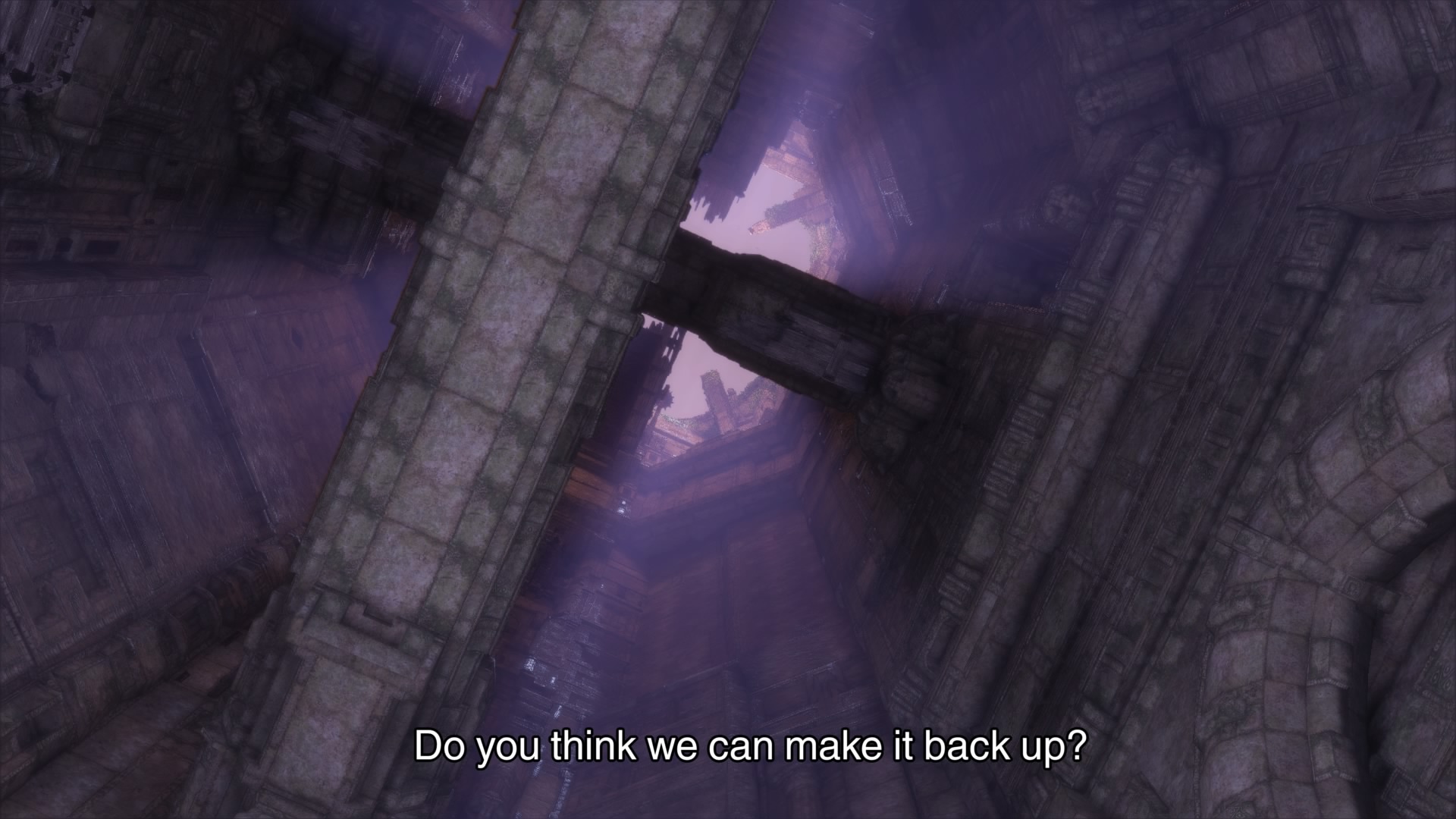 Climb on his back and he'll start jumping up and out.

Trico will stop on a bridge where there's a spear-throwing suit of armor waiting. Use your recovered mirror to take it out.

Trico will continue up and then get stopped again by another suit. Shoot this one as well.

Now Trico will jump up to the next bridge. Before he wanders too far back the way you came (we went the wrong way for a long time here), turn around and target the planks blocking the door with your mirror. Ride Trico through the door you just opened. 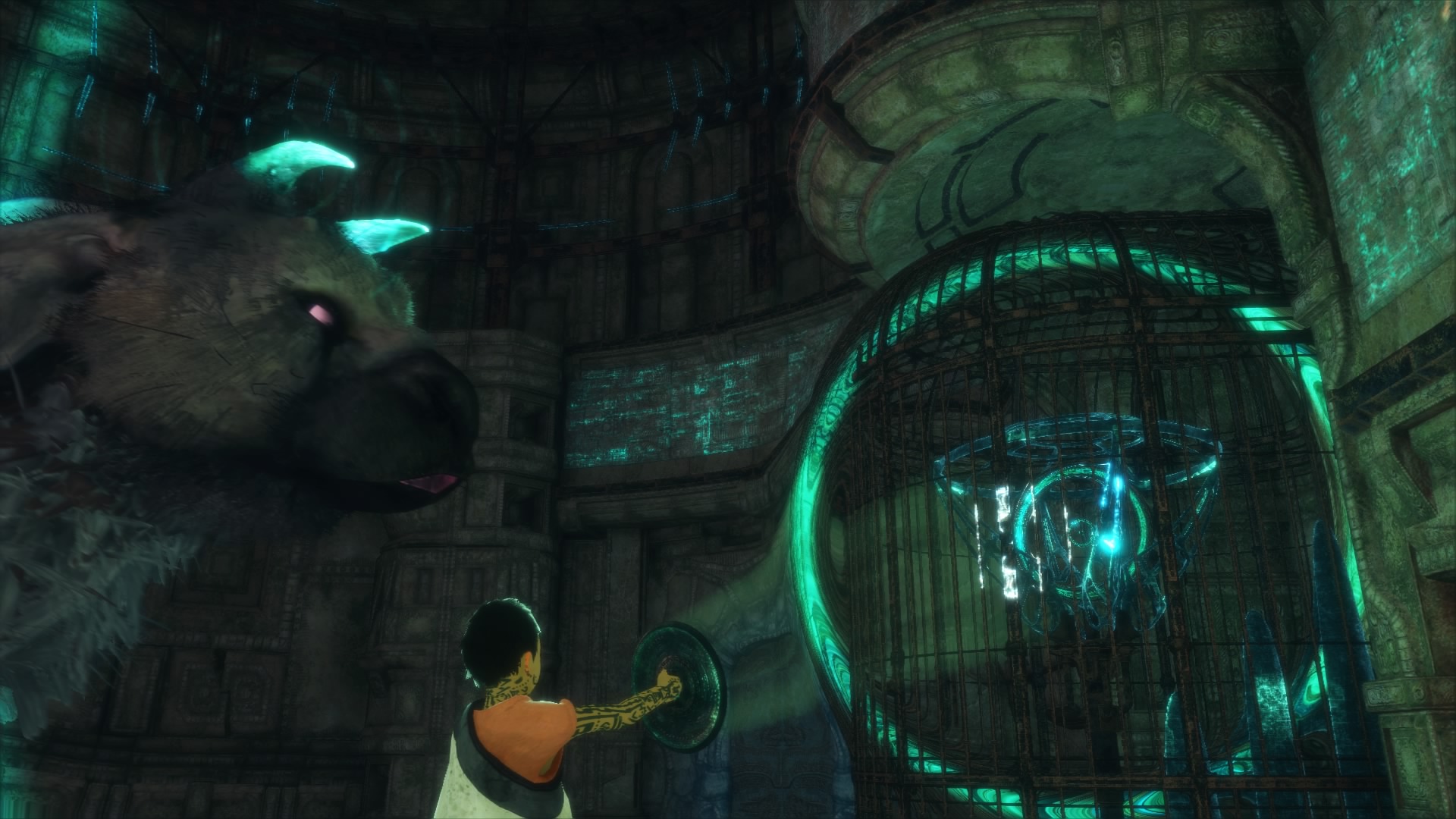 You'll find yourself back in the evil birdcage room. This time, though, you've got your mirror. Destroy the beacon inside the smaller cage to free Trico from its control.

Head outside and climb onto Trico. He'll jump up to a nearby roof. From here, you've got a good angle on all of the stained glass eyes that are hanging off the towers — there are five you can get from here.

Climb onto Trico and he'll keep jumping you closer to your destination. Take out any eyes that you missed.

Trico will finish his trip to the tower. Go through the tower, then lead him over to the other end of the bridge — or, as always, direct him if you have more luck than we did. He'll start jumping up the outside of the tower. When he's gone as far as he can, climb down and look to the left of the platform you're on.

Use the broken beams and the platform to climb around to the other side of the tower.

Throw the switch inside to let Trico through. Hop on his back and he'll carry you over to another tower. Inside, you'll find another switch.

Outside, Trico will jump you further up the tower. There are suits or armor in the tower across from you that you have to take out before you can continue. Hit all three of them with Trico's tail attack.

After a running start, Trico will carry you over the gap. Throw the switch inside, then go out and let Trico carry you up further.

You'll encounter a suit on a balcony along the way. Take it out just like the others.

Trico will carry you the rest of the way up. Climb down and go through the tower. Hop through the gate and turn left. Climb the stairs around the tower. Jump any small gaps and use the ledges (YAY MORE LEDGES!) for the larger ones.

At the top, you'll find a switch that will raise the first half of a long bridge.

Head back down to Trico — you can jump to him about halfway down. He'll carry you to the other end of the bridge.

Repeat the same process on this tower to raise the other end of the bridge. At the top of the stairs, there's a crack in the wall you can squeeze through to get to the switch. 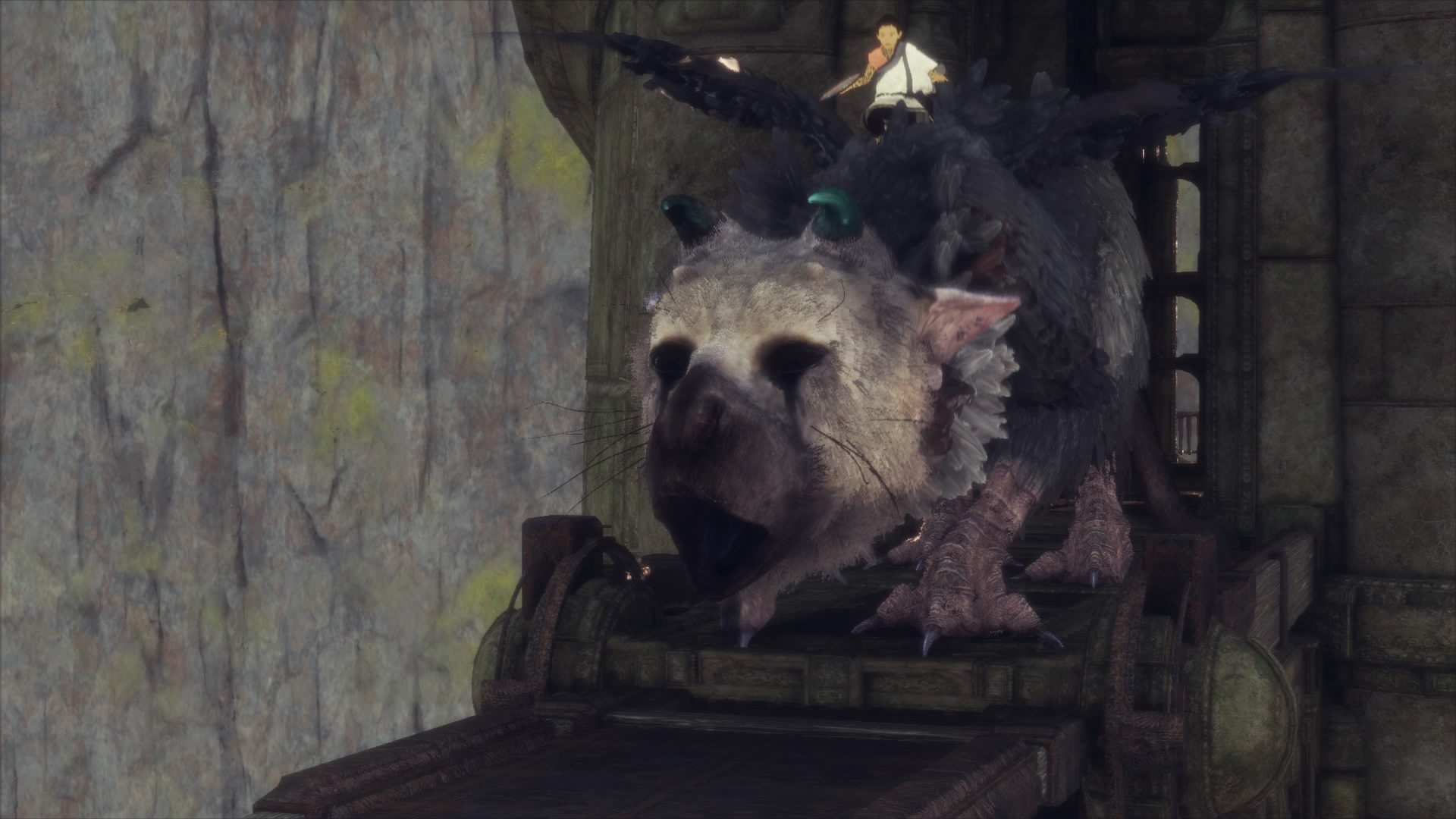 Drop back down to Trico — you can get around the switch and drop from up here this time. Trico will use the long bridge as a runway to get the speed to get you over to the white tower. 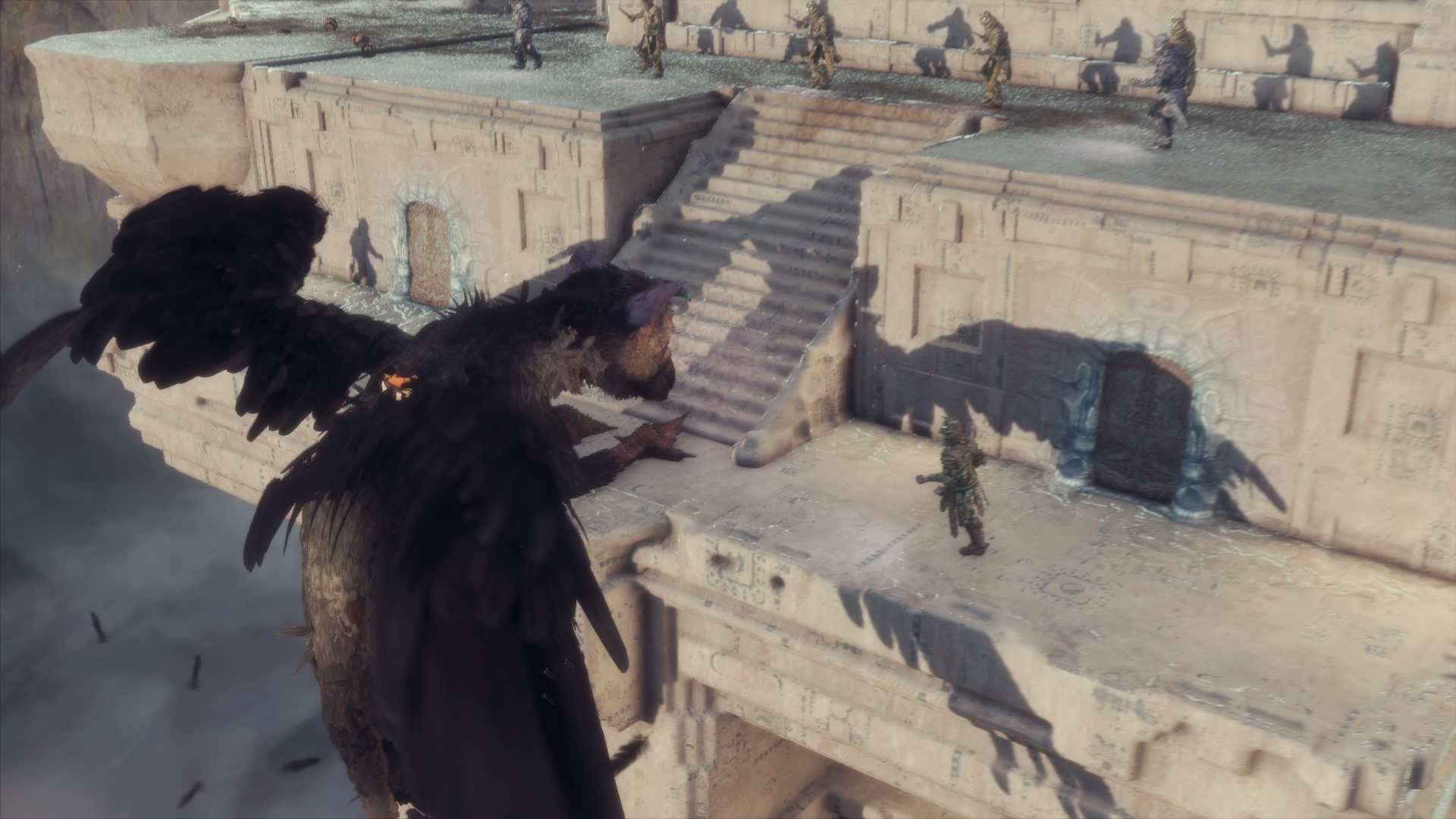 He still needs to work on his landings, though.

What follows is kind of a free-for-all — you and Trico versus about a dozen suits of armor. Use the mirror to target any suits of armor you can — you'll probably only get one or two shots off before they start grabbing at you, though.

Keep moving and knock down any suits that show up with a shield. Pull the helmets off of any suits that Trico knocks down. You'll also notice that you can freeze and deactivate suits with your mirror — however, this is kind of limited in its usefulness if there's more than one around.

After the foot soldiers are taken care of, turn your attention up to the balconies above you. Blast the spear-throwing suits to clear your way. Get Trico to stand against the wall and climb into the third room to find a Trico Treat. Toss it down to Trico, then spend a minute calming him down and removing any spears.

Run around to the far side of the tower (we went left, but both sides will get you there). You'll find a plinth with a mirror-shaped keyhole. Insert the mirror to open the gate and get into the white tower.

Part 18: The trico fight
Full table of contents
Part 20: The white tower and the master of the valley