The Last Guardian walkthrough part 3: Armor, smells and a bath

Suits of armor, above the evil birdcage, getting Trico past that amazing smell, Trico takes a bath

Share All sharing options for: The Last Guardian walkthrough part 3: Armor, smells and a bath

When you come to (that's number four, if you're keeping track), you'll find a unconscious Trico and discover that your mirror is missing.

Climb down Trico's tail to the level below. In the middle, turn left to find a tunnel that leads underneath the bridge.

Follow the tunnel past the glowing-eyed suits of armor, then turn left. Take another left at the next intersection.

Climb the ladder to find the lever that opens the gate. When you drop back down in front of the gate, the armor will come out to attack you. 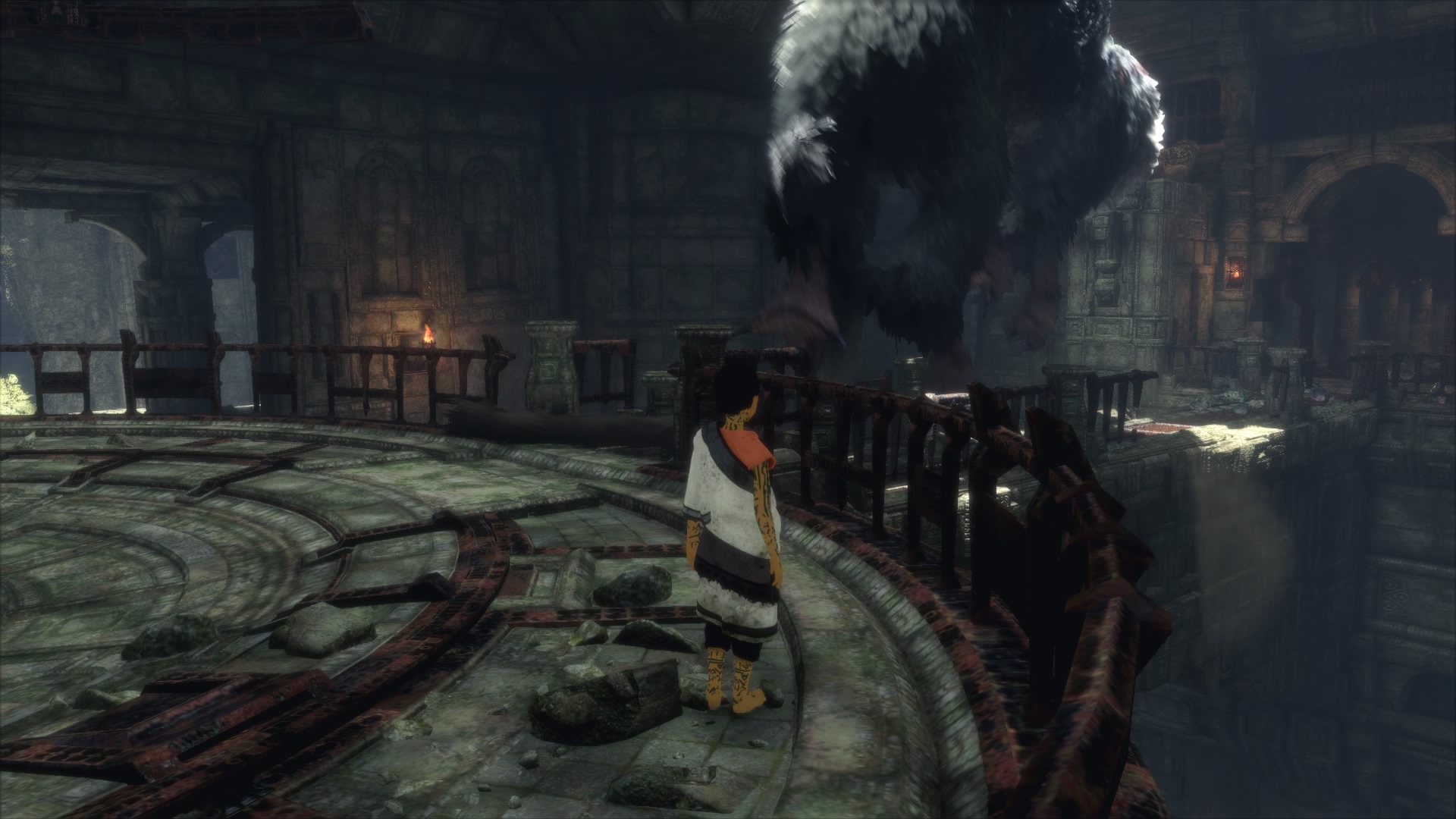 Luckily, Trico is just the best.

Once he's cleared out the suits or armor, follow him through the gate you opened. He'll be really jumpy, so you kind of have to sneak up on him for this next part. Just inside the gate, climb up onto his back. He won't like it and will move around a lot (and the camera will fight you the entire time). Jump from his head onto the ledge on your left.

Follow the ledge around to the other side of the wall. You can jump from here to the beams ahead of you. Move carefully along the beams until you can jump to the chain.

Climb the chain all the way to the top, then turn right and head to the ledge overlooking the cage area. Call to Trico from here to get him to jump up to you

Follow Trico as he runs toward the wall (near the well you just climbed out of) and climb onto his back when he stops moving. Eventually, he'll decide to jump over the wall.

On the other side of the barrier, Trico will get immediately enthralled by a smell.

Inside the room with the pot of liquid Trico Treats, move the cart to the center, then go back outside. Climb onto Trico and use the height to jump up to the ledge above. Climb up the roof and then climb down the ladder at the top.

You'll land on the ledge above the pot. Push the lid closed to get Trico to come back to his senses.

Back outside, climb onto Trico's back again. He'll go take a quick bath and finally calm down.

Once he's done, climb on board again. He'll wander over and hop up on top of the last barricade in your way. Climb up to his head and jump to the ledge on the right.

Trico will follow you into the hall. Climb back on and ride him all the way down to the ground. 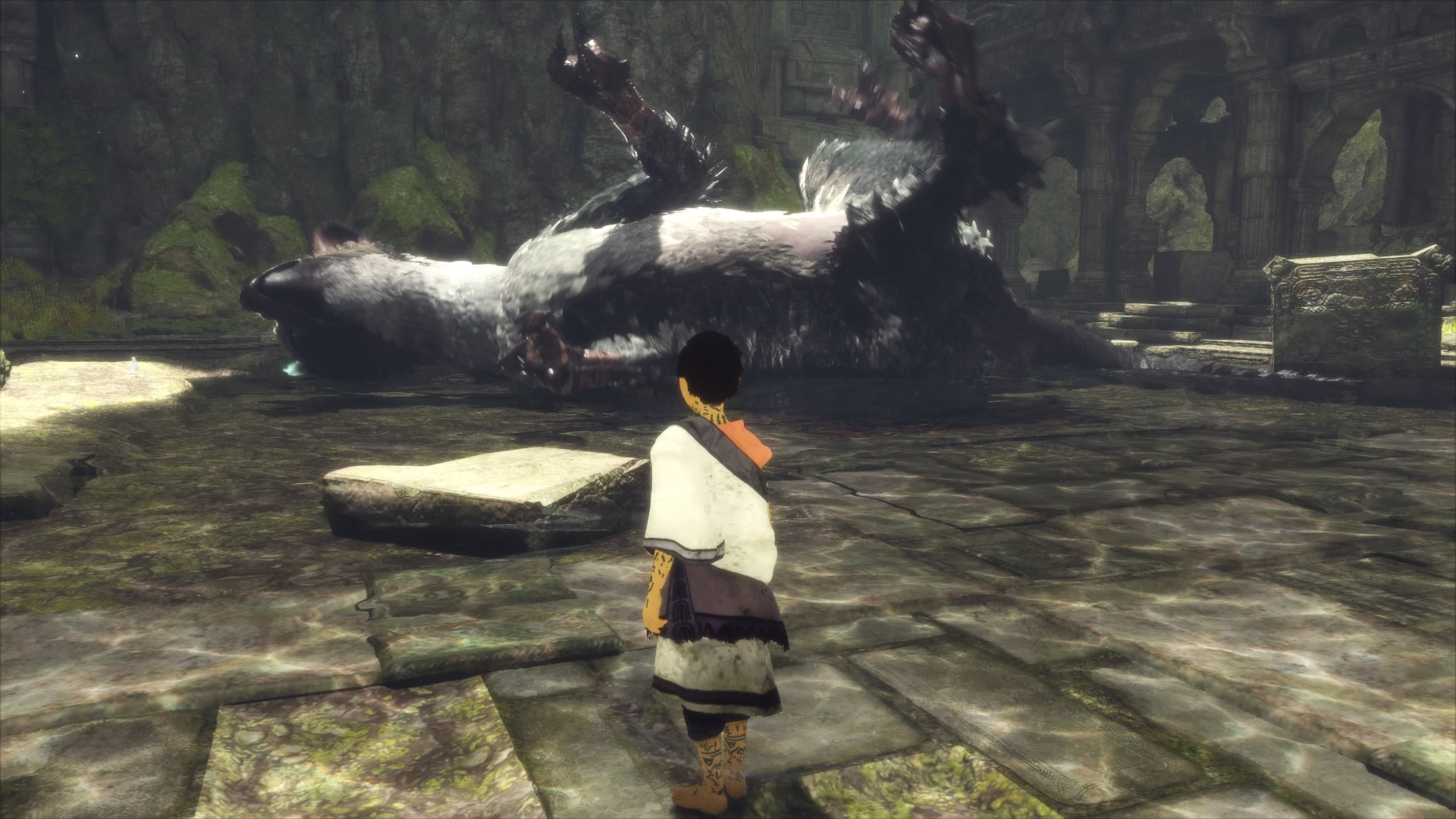 He'll wander off to play in the water while you figure out what to do next. (At this point, we have more screenshots of Trico doing cute things than of actual gameplay.)