Steven Universe recap: Everything you need to know before tonight's new episodes

The odds are against us, it won't be easy but we're not going to do it alone

Share All sharing options for: Steven Universe recap: Everything you need to know before tonight's new episodes

The stars have aligned, the planet's in danger, and that means that beleaguered fans of Steven Universe — who never know when their show is going to be on the air — are finally getting some brand new episodes.

We're getting two episodes tonight, and one every Thursday afterward for three weeks. Yes, it's time for a four-week stretch of ...

It's been a four-month hiatus, so you could be forgiven for being a little hazy on January's "Steven Bomb." You could rewatch the episodes — or you could just keep reading this article, where we'll recount their major revelations.

This will be spoiler heavy, so if you haven't watched the show, you might want to check out our Steven Universe explainer instead!

The story so far

Steven and the Gems have a new, more concentrated threat: After eons of just ignoring the troublesome planet, Homeworld is actively attempting to bend Earth to its purposes. While Jasper and Peridot's mission to check on the Cluster and report back was foiled by Lapis Lazuli — who fused with Jasper to form Malachite and has imprisoned them (her?) both underwater through constant mental effort — the Cluster is still a real threat.

Designed by the Yellow Diamond Authority as a geo-weapon (read, "a biological weapon"), the giant, mindless, mutated, artificial gem fusion at the Earth's core could awaken any day now and destroy the planet. The Crystal Gems — joined recently by reluctant convert Peridot — must stop it, and they've nearly finished a drilling vehicle that might get them to their goal.

And judging by the event teaser, it looks a lot like "In Too Deep" is going to be doubling back around to two of Steven Universe's dangling plot threads. It appears the show will be returning to Mask Island, where Steven, Lars and Sadie were stranded in "Island Adventure," and that it will be revealing where all of those melon boys went at the end of "Watermelon Steven."

January's Steven Bomb was actually pretty light on moving this plot forward. The Gems traveled to an ancient moonbase to find the exact location of the Cluster. Afterward, Peridot seemingly defected in an attempt to contact Yellow Diamond, only to be reveal her intention to advocate that Earth's ecosystem was more valuable than the Cluster's completion. Her conversation with the massive Gem leader ended with her boldly screaming an insult at her once-beloved Yellow Diamond's face, fatalistically accepting her place as a rebellious Crystal Gem.

The last arc's biggest events were world-building details and character evolution. "The Answer" gave us Garnet's origin story and said it louder for the people in the back: Ruby and Sapphire are in love; they're not "just friends." We also got more glimpses of Homeworld's traditional culture and our first look at the days when the Crystal Gems were a team of just two: Rose Quartz and her "terrifying renegade Pearl."

"Steven's Birthday" established what had only been hinted at in "So Many Birthdays": Steven either ages very slowly or ages only when he feels more grown up. He's actually 14, to Connie's 12-and-three-quarters.

And let's not forget to mention this terrifying map of the Earth shown momentarily in "It Could Have Been Great," which appears to reveal that the aborted Gem invasion of Earth (and/or Rose Quartz's rebellion) irrevocably altered the continental shapes we're familiar with. 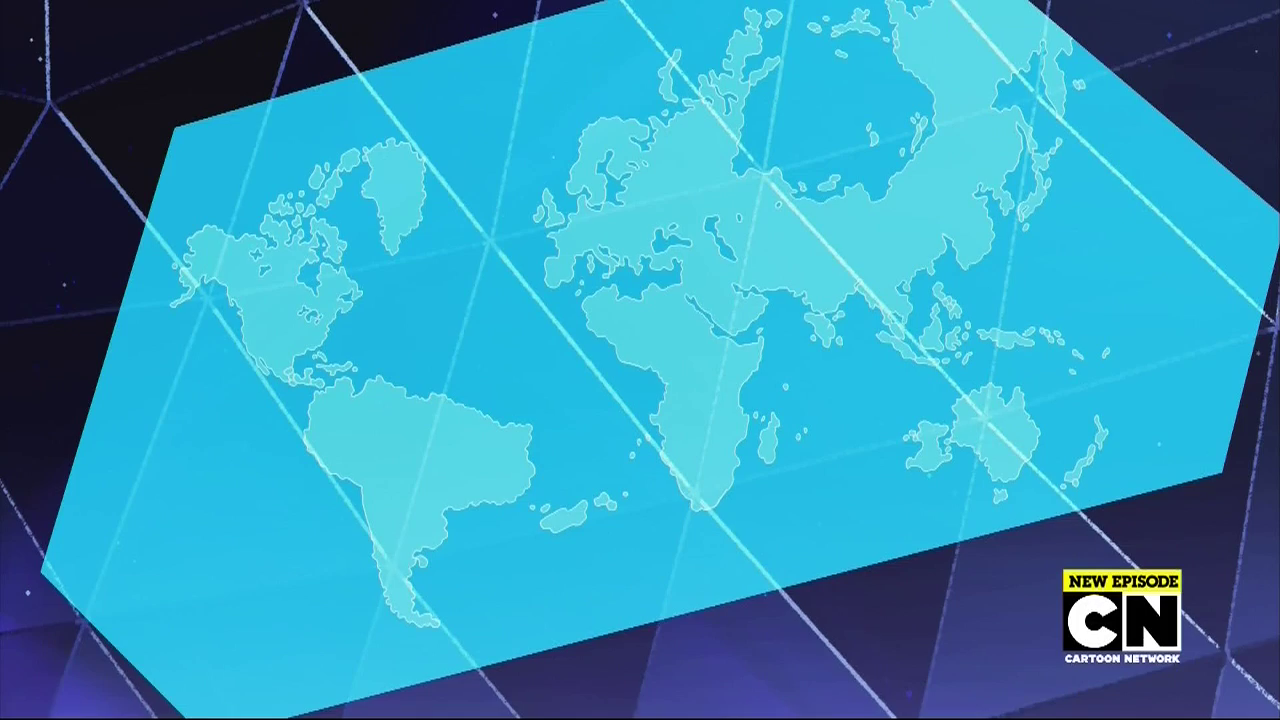 It wouldn't have been a Steven Bomb without some details added just to tease.

Either way, come back and check out Polygon.com tonight after the first two episodes of "In Too Deep" air to chat about the episode and read Allegra Frank's recap!