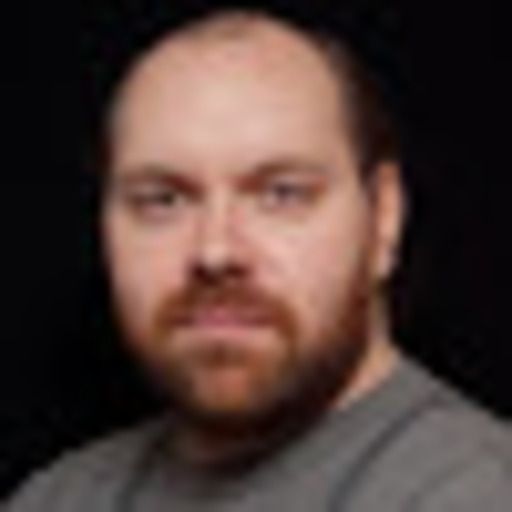 I personally always felt that the RotJ storyline about Vader’s redemption and the Rebellion’s attack on the 2nd Death Star were parallel, not connected. The Rebellion still wins and the Emperor still dies no matter what Luke accomplishes on the Death Star. I never felt, in the original trilogy, like it was arguing for giving the Empire anyone’s love.

Luke & Anakin was a father/son story at its heart. That is the reason it worked (at least for me).

I agree with you 1000% though that that should never have been taken as an ongoing theme for every Star Wars fiction that ever came afterward. Not only is it dangerous, as you said, to argue that "fascism can be solved with love," but it also cheapens that original father/son story more every time it is bastardized. It turns it from something special and wonderful – I remember being euphoric when Vader threw Palpatine down the shaft, I was only seven but I never EVER thought it was actually going to happen – to something that’s just business as usual.

Both those outcomes are awful. There are a million more interesting ways to tell a light vs dark story. Kylo Ren’s "redemption" made no sense, wasn’t foreshadowed AT ALL, and was so clearly being done obligatorily that it just left an awful taste in my mouth. What about a story where Rey learned that sometimes redemption is impossible? That sometimes the people you are attracted to are fucking awful human beings? Plenty of tension there, it turns the OT climax on its head, and – like you said – makes a point that desperately needed to be made.

See, I felt like Finn already learned that lesson in the first movie. In that sense, it would have been a fascinating character addition to Ep 7.

But yeah, still definitely prefer your interpretation – though I don’t think the movie as delivered really earned it.

To expand on this just a bit, the Empire/First Order deserves at least – AT LEAST – 70% of the blame for any death that happens in the conflict, because they started the conflict. They continue the conflict.

What happens if the E/FO lays down its arms? The violence ends. Maybe not immediately, maybe not perfectly, but it ends.

What happens if the R/R lays down its arms? The violence continues. It escalates. The R/R became involved in the first place because the E/FO initiated a galactic program of violence and subjugation. That is the program they are fighting to end.

People talk about "good guys" and "bad guys" like they’re just team colors. They aren’t. One side is Russia. One side is Ukraine.

I found DJ’s false equivalency of the two sides nauseating. His argument amounted to, "Both sides are killing, so both sides are equally bad." This is incredibly simplistic at best and amoral at worst. It wasn’t compelling at all. It was one of my least favorite elements of TLJ, at least until he sold the protags out and showed exactly how reliable his moral processes actually were. I found him to be an extremely hate-able character – so in that sense, at least, he did his job well.

But let’s break it down, because I am sick of hearing this line parroted.

Only one side literally blew up an entire SOLAR SYSTEM in the previous movie.

Only one side is so opposed to the idea of sentients governing themselves that they will slaughter anyone, commit any crime, to ensure that non-humans are oppressed and no one is allowed the vote.

Only one side follows a religious path which actively promotes the torture and destruction of other sentient beings.

The other side is fighting because they don’t want to be the victims of the first side. This is called self-defense. It is not the same thing as moral equivalency.

This is really not that difficult. And I don’t mind that they had a character who didn’t seem to understand it – but I really hated that the movie itself seemed to just present this argument and then shrug. It didn’t analyze it at all. It showed that X-wings and TIEs are made by the same company – a fascinating proposition, I will readily grant, though it doesn’t prove DJ’s point the way he thinks it does – and then just stayed silent. It seemed through its absolute dearth of analysis to advocate for DJ’s position, somehow, even after he consigned the movie’s protags to imprisonment or death.

Like a lot of things in a lot of Star Wars movies, it’s an interesting idea that just isn’t delivered upon.

I agree with the central premise here that Star Wars can and should go deeper. I don’t buy the argument that it’s a kid’s franchise and therefore it can’t – it is a sprawling setting with room for decades-long fans as well ones that are more like a decade old. That’s one of the things I love about it. Rogue One living alongside series like Rebellion demonstrates this.

I would love to see someone tackle this setting cinematically who both loves it AND takes it seriously. I don’t feel like that’s happened – at least in film – since Rogue One.