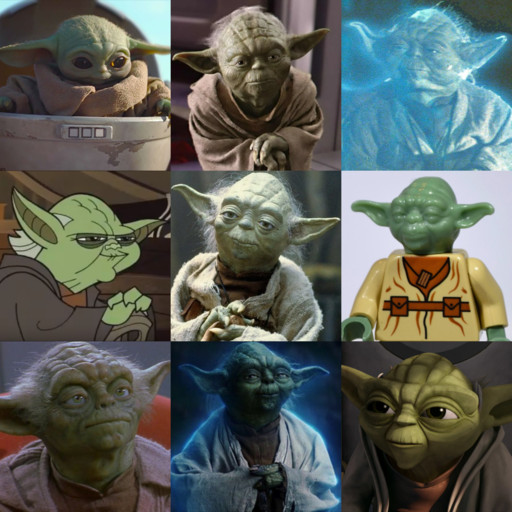 Compared to something like the Doom adaptations (which were BAD),

I mean, Doom is a terrible movie, but Dwayne Johnson as a cheesy bad guy is pretty great.

They have the right amount of mixture of ‘stuff’ presented from the game (sound effects, suits, aliens, places, names, etc.)

I’m miffed about the DMR in full auto, the grav hammer that does no damage, the sniper without contrail, no shield break or recharge visual effect. But that’s just nerd details.
But then there’s a great lack of consistency or logic in damage. All the Zealot Elites that get one shot with a pistol. You know, Elites that we know have shields, and that we know can take assault rifle fire. Surviving a stuck plasma grenade when that’s been shown to be fatal before. The grav hammer doesn’t feel consistent either, and it adds a lot to the feeling that Chief absorbs more damage without shields than with them. But then the show opened with the insurgents using a minigun against Elites to no result, and Chief picking up that same minigun and tearing through them, so I can’t say I’m surprised.

Bottom line is: I feel they’re just using these elements without really caring about any rules.

I don’t know how you could have played the original trilogy at release, been informed about 9/11 and the GWoT, and not found a plethora of parallels.

I can imagine that quite easily.

This kind of realpolitik was especially effective for American audiences after 9/11. Halo:CE released two months after 9/11.

It had been in development since before 1999. I don’t think people cared about this bit of realpolitik. Chief was a popular video game character because Chief is a blank slate you can project yourself into.

But after nine frustratingly bad episodes, we understand so little about the Covenant that there’s not a lot left to hope for in this Paramount Plus show.

I’d argue it’s true to the game. Covenant in Halo CE are just baddies. It’s only in Halo 2, after Halo has been found and destroyed, that Covenant politics are shown. I didn’t really expect it to be a thing in the first season, might not happen in the second either at the speed we’re going.

I agree the Covenant don’t feel like the enemy. The stakes are constantly told to be that "we must find the Halo first" but there’s no sense that a war is going on. They’ve shown us a planet being glassed without context, a handful of skirmishes on the ground, and that’s it. Where’s the existential threat that justifies the means?

The Kwan arc has shown it was pointless. I mean, they’ve setup some weird portal thing, I’m sure they’ll bring that back, but do you really need a portal to go to a big ring in space? They spent the whole season bringing those two damned keystones together, and still there’s evidently another piece of the puzzle. Why? I felt the first couple of episodes started off slow, but then the pace picked up. But now at the end of it, it feels like someone blocked the steering wheel and it’s going in circle instead of moving forward. Again, why? The only answer I can think of is I feel they’re just stalling for time. Maybe they just don’t know what to do with Halo.

If I had to describe it in one word, it’d be sloppy. It’s trying to be a few different things at the same time and doesn’t achieve it. And still, I’m weirdly compelled. I don’t know if it’s that I’ve accepted videogame adaptations are just crap, and this one is still above average, which is honestly more than I expected, or that at the end of the day I just want to watch Master Chief punch aliens.

I don’t think it’s a paradox. It’s the idea of meritocracy: you have the fortune you deserve. In an true meritocracy, you succeed because you have merit, and you fail because you don’t.

Those with privileges succeed. Because you have the fortune you deserve, that means they had merit, else they wouldn’t have succeeded. It’s a proof the system works, and if it works it shouldn’t be changed. Thus if you fail, it’s only because you lack merit and nothing else.

But of course that analysis obviously fails when some babies are born with a trust fund, and some are born with the crushing debts of their elders. It would be difficult to argue any of these babies have accrued any sort of merit, positive or negative, in the seconds they’ve been alive, to justify such success or failure. The reality is this idea of getting what you deserve, of meritocracy, it’s a fantasy sold but people who profit from a system they don’t want to see changed. They don’t have merit therefore succeed. They succeed therefore they claim they have merit, so you’ll believe the system works.

With physical cards you can get a ROI or even better by selling or trading.

I don’t think it’s a great argument because most cards are barely worth the cardboard and ink. While we’ve seen headlines of Charizards going up for the price of a small home, most cards aren’t worth anything. To consider buying card packs an investment is, I think, being foolish.

I’d assign some blame on companies that thrive on outrage and hate because it drives engagement.

Paying for content isn’t really a problem. Paying for blind odds of content on the other hand. Plus mimicking the true and tested design of modern slot machines to make that mechanic as addictive as possible. And engineering gameplay moments to showcase those mechanics as much as possible. And they know minors play their games.

I don’t know why you’d assume I feel differently about cards just because they’re physical.

I don’t care what people think of parenting, lootboxes are evil and I just hope Blizzard gets punished for it. Probably won’t, but hope keeps you alive.

I didn’t think they made movies anymore. How’s that Rian Johnson trilogy coming up?

commented on Star Wars’ next feature film will be from Taika Waititi after Rogue Squadron delays, May 17, 2022, 10:16am EDT

How do you propose they shoehorn Deep Fake in that though? They paid a lot of money to have Mr. Fake play Luke Skywalker, don’t think you can escape it now.

What I think every time I read "She-Hulk" is Ms. Pacman. Like she’s not good enough to have her own name, she has to be a gender swap of a guy. Just add a bow in her hair and some lipstick, and poof, brand new female character.

I’m curious as to what’s the proportion of female writers, directors, and producers for the MCU.

Yeah, it’s the best show that nobody at work will watch, and it makes me sad.

thomasbdl's comment on A billionaire joins the space race in For All Mankind season 3 trailer,

vvarden's comment on A billionaire joins the space race in For All Mankind season 3 trailer,

That character really just gets the worst treatment possible.

I call bullshit on that because A) the idea of government is there is no matter too small to be addressed, B) bad practices are bad practices, even if there are alternatives.

I suppose one could pressure their favourite legislator or consumer advocate group into taking an interest into such practices, which was the point I made originally.

But the problem isn’t so much they do that, it’s they do that and sell it like it’s not early access.

But the exact quote is

our goal is to release at least one new, first party game into Game Pass every quarter

That doesn’t say they promise they’ll reach their goals. You’d also be a fool to think such promise is tenable.

Yeah, I wanted to see the numbers to see what they account for, but there’s no link to anything NPD, or sales figures for Call of Duty.

Are there still courts that prohibit cameras?

It’s the norm in Europe. Maybe not for very long, it was allowed recently in the UK, there’s been talks of allowing it in France. I obviously don’t think it’s a good idea.

commented on Toxic fans have made Johnny Depp and Amber Heard’s trial inescapable, May 12, 2022, 5:03pm EDT