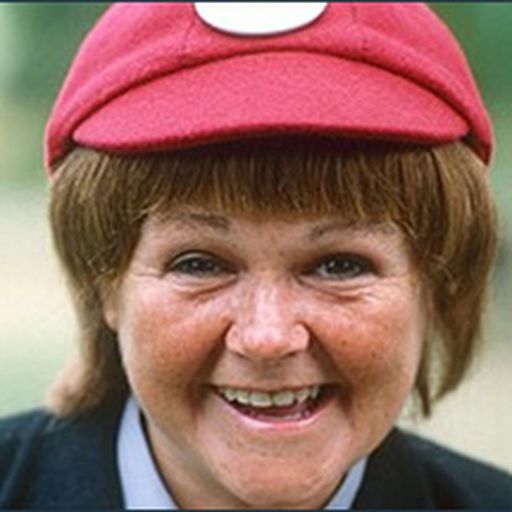 Absolutely my feelings when playing objective mode in any Halo game too.

Cosplayers are so talented. A lot of respect to them for getting our there and showing all that work off.

I’m really excited for Infinite. I’ve been playing since Halo 2 and BTB was a big reason for me falling in love with the series. Coming from an almost entirely Nintendo background Xbox Live felt like it was lightyears ahead.

A Fast Show reference on Polygon. I never thought I’d see the day.

I think the original comment was a little more nuanced than that. Unless I’m giving too much good faith towards their first paragraph because that matches my own opinion. Second paragraph, eh, I’m indifferent to that take.

Thank you for saying what I couldn’t find the words to say.

The timing looks good with Halo turning 20 this year but honestly I have zero expectations.

Some people just want to watch the world burn…

Yea, I think Lucifier overall had a great character development. He came along way throughout and it was earned too.

I enjoyed the lighter stuff it really helped break through the regular formula.

commented on The best parts of Lucifer were the unapologetically goofy bits, Oct 4, 2021, 5:38pm EDT

I enjoyed Lucifier but I was ready for it to end. I don’t watch a lot of drama but this one there was always another set back or arch the characters were working to get over. Maybe that’s why these absurd moments helped?

Add on top of that it was fair formulaic early on;

- Case matches issue in Lucifier’s life
- Lucifier usually trashed the wrong point away from any advice he’s given
- Upon reaching a case’s conclusion Lucifier will have an epiphany which is somehow relevant to the case and him.

I don’t want to sound like I didn’t enjoy what it was. I did but it could be exhausting at times.

commented on The best parts of Lucifer were the unapologetically goofy bits, Oct 4, 2021, 3:40pm EDT

Dragonkeeper14's comment on The best parts of Lucifer were the unapologetically goofy bits,

Thworted's comment on Diablo 2: Resurrected is a gorgeous, flawed fossil,

BrainiacRK's comment on Diablo 2: Resurrected is a gorgeous, flawed fossil,

ryanjlee7's comment on Make another Wario platformer, you absolute cowards,

TheBacklogger's comment on Make another Wario platformer, you absolute cowards,

LKM's comment on Make another Wario platformer, you absolute cowards,

The trick is to hope for a new/remastered 3D F-Zero game.